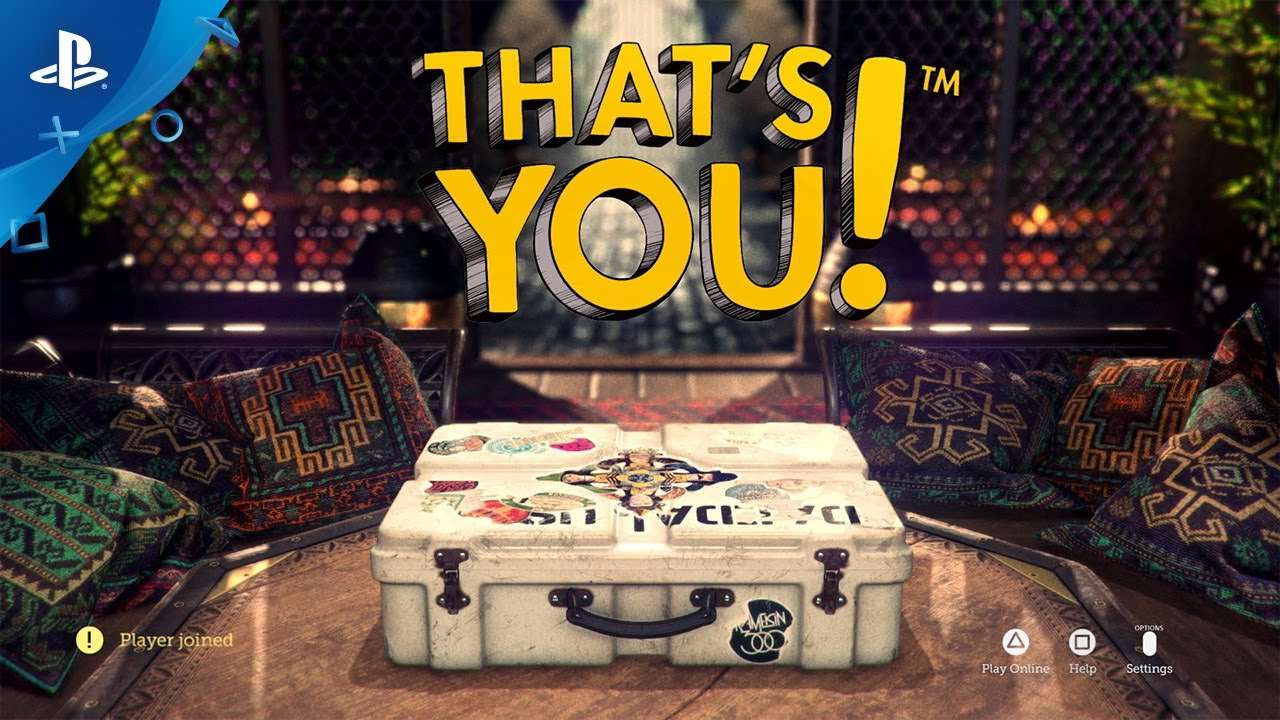 That’s You!, The first game in Playstation’s new line-up of ‘Playlink’ technology-based games, which use participants’ phones or tablets to interact with the action on your TV screen, was announced at this year’s E3. This new party game, which was developed by UK-based Wish Studios, wants you and your friends to gather around your TV with smartphones in hand, download the free ‘That’s You!’ Android/iOS app and answer silly questions about each other, capture daft selfies and draw ridiculous pictures, all of which are judged by whoever’s playing the game! 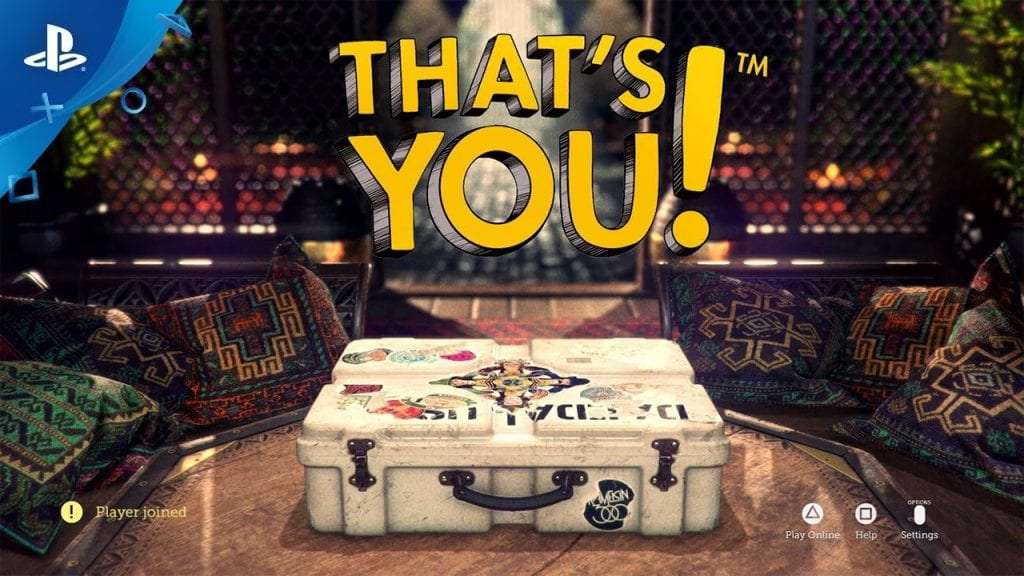 The production value of That’s You! is top notch. Its gorgeous visuals and lively soundtrack help to keep your attention. With each section of the game being themed different, one minute you could be located in a Parisian bedroom answering questions about how one of your friends would act on a cinema date, the next, you could be an an oriental-style train traveling across India drawing daft selfies of you and your friends. 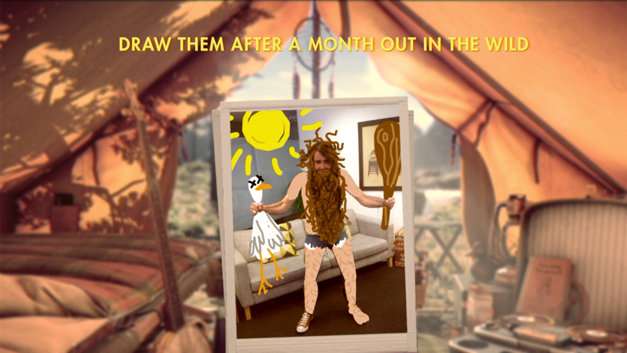 The whole experience is narrated by a slightly cheesy M.C. though which takes a bit of the sheen off things. It seems like they’re trying too hard to be cool and his one-liners are more cringe than chuckle inducing. At the end of the day, he does a competent job of guiding you through what you need to do in each stage, we just hope there’s an update in the pipeline to make his wise-cracking jokes actually funny. 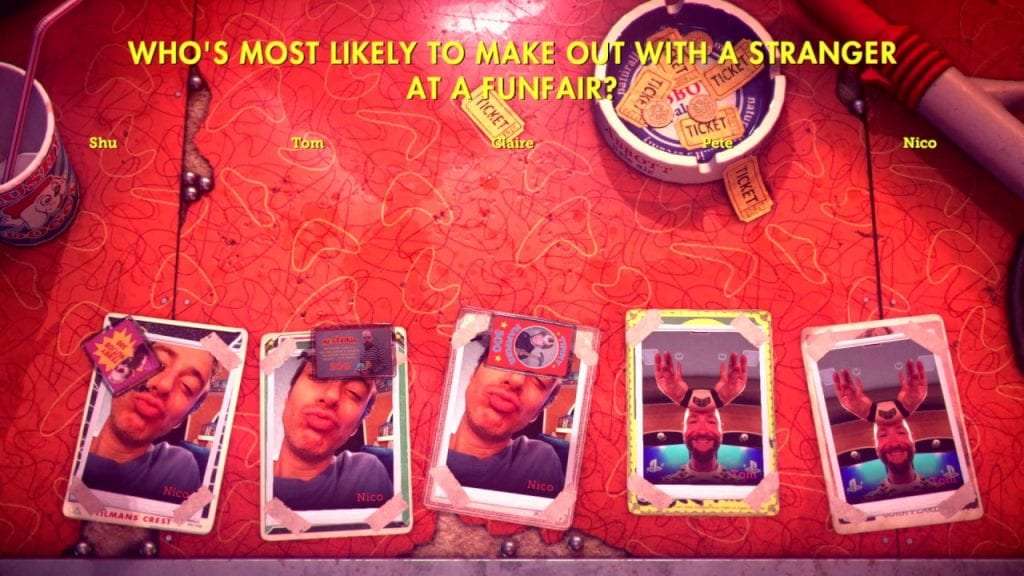 Up to six players can play together in That’s You! but you can also just play between two people. Having played this way with my girlfriend, we actually had a good laugh messing around with how we though each of us would act in different situations (it also highlighted how useless she is at drawing!) 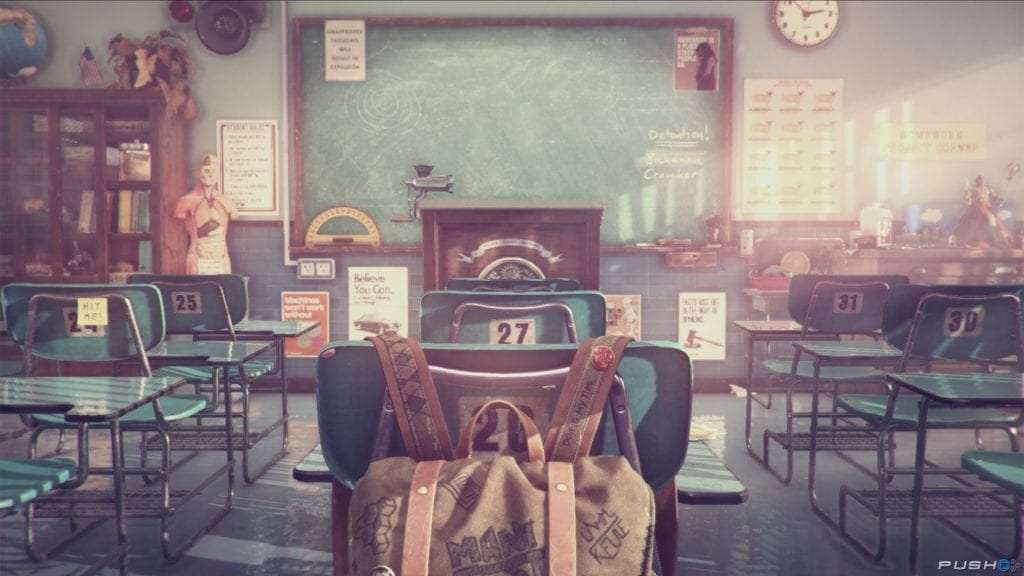 This mode in particular has you working as a team trying to gather as much points as you can by answering with the same choices. Think of it as a digital version of ‘Mr. & Mrs.! When it comes to three players or more, the game turns competitive and it’s your goal to achieve as much points as possible by answering as similar as the rest of the group’s responses. The game is definitely more fun the more people you play it with.

Each of the sessions follow the same structure with the duration of each depending on how many people are playing. As I previously mentioned, each session has a theme, be it a school or an amusement park and asks questions loosely based on that theme. 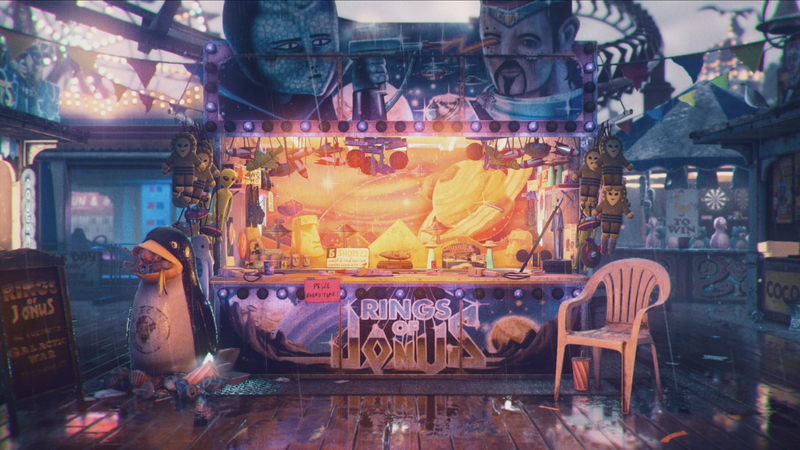 There are allegedly over 1000 questions so there’s no fear of coming across the same question twice during your first couple of play-throughs anyway. For me and for the people I played the game with, the most fun part was the drawing sections which let us see just how good or bad people were at drawing on a touchscreen. We had some genuine ‘laugh out loud’ moments when looking at each others drawings so this part of the Playlink technology is really well implemented. The technology also allows you to capture daft, digitally distorted selfies of yourself to use as your player icon and these too were quite funny.

In the end, That’s You! is a very nice proof of concept for the Playlink technology but probably won’t have you firing up your PS4 and smartphones every time your mates come over. If they were to add more skill based games and maybe even some ‘Cards Against Humanity’ style questions, they could really be on to a winner. That’s You! is a safe if uninspiring party game but shows just how promising the underlying Playlink technology can be.

That’s You! is available for free this month as part of a Playstation Plus Membership or you can download it separately for €19.99 here.