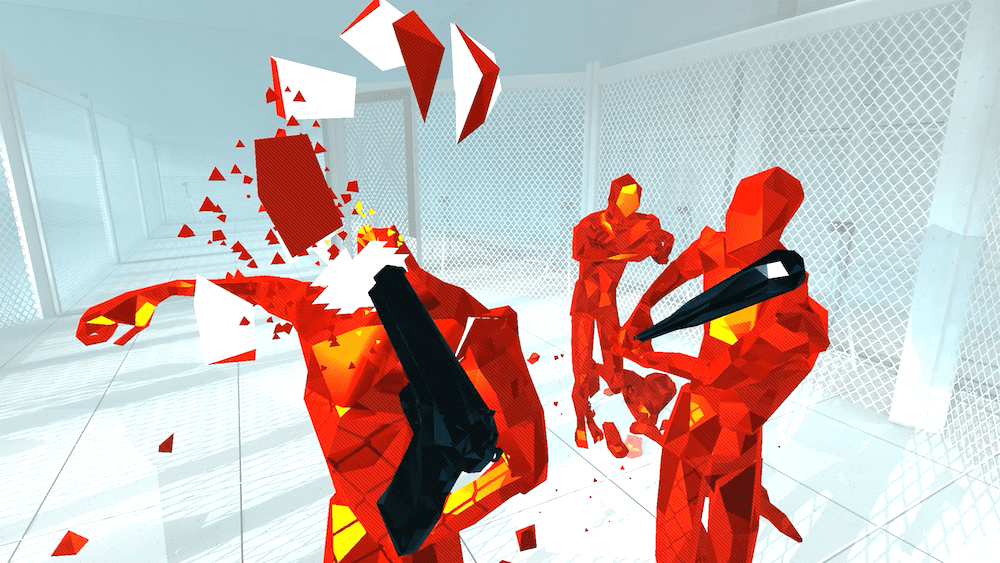 SUPERHOT and its alternative VR incarnations on the Oculus Rift and HTC Vive have been gaining worldwide acclaim from a slew of gaming outlets and now, the ‘FPS puzzle’ game, as I like to call it, makes its way to Sony’s home console and, more importantly, onto its virtual reality headset. To be clear, the title is available in both normal and VR modes for the console but it’s the VR version we reviewed and it’s the mode any self-respecting PSVR owner should purchase.

In SUPERHOT VR, you portray what appears to be an elite assassin with the amazing ability to control the passage of time with your own movement. What I mean by this is that enemies and their projectiles/bullets only move when you do and, the slower or faster you move, the same goes for your enemies. This extremely unique gameplay mechanic, for a FPS title anyway, is what makes SUPERHOT VR stand out from the crowd. When once you would barge you way into a FPS scene, guns blazing and no real thought for accuracy and pre-planning, SUPERHOT VR makes you think about every move you make, literally!

Having this experience available in VR makes it a match made in heaven. Being able to discern the distance an enemy, or their bullets, are away from you whilst you slowly lean over to pick up a weapon of your own makes it almost like a core body workout with a mental puzzle layered on top. Your enemies aren’t stupid either, tracking your every move and adjusting their aim accordingly, you soon find yourself weaving and curving in ways you didn’t think possible only to dodge their onslaught of ammo like something out of the Matrix. 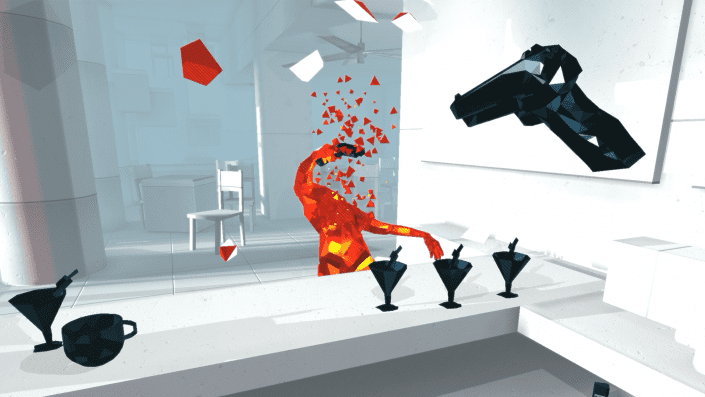 Level progression is also well thought out and almost film-like. Jumping the camera from inside a helicopter to the ground below after you push one of the enemies to their deaths to see their demise from another angle whilst picking off two more on-coming goons really makes for an exciting level structure.

As fun as it is, SUPERHOT VR definitely isn’t an easy game. It’s literally a one shot, one kill set up meaning your enemies can be taken down with a single bullet or well-thrown projectile (probably because they’re made of some shiny red glass material) but so can you. Every move you make is important as it not only progresses the enemies proximity to you but also their bullets. Firing your own weapons speeds up the passage of time quite considerably compared to simply moving so each shot must be well thought out and planned. 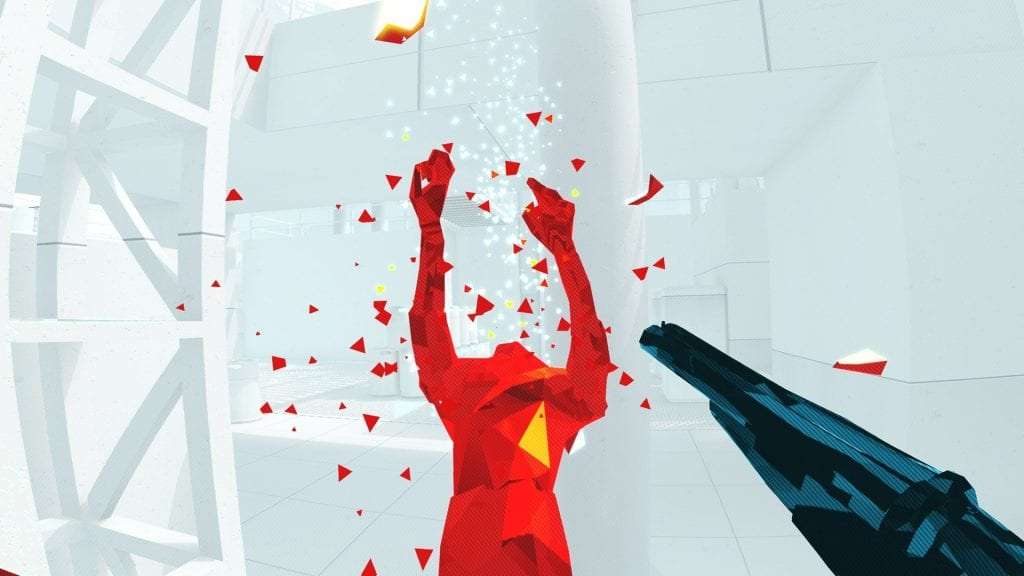 SUPERHOT VR’s control mechanics are also extremely tight and thankfully so. For a game that relies on precise movement and control, the developers have done a great job ensuring it honed and fine-tuned as it could be. Using the Playstation Move controllers as my virtual hands, I found myself leaning and air-grabbing falling weapons and projectiles with ease.

SUPERHOT VR is one of the most unique and well thought-out games I’ve played in VR. The guys in the SUPERHOT team really have created something special here and I can see now why this title has received so much acclaim in the past. It’s clever, original and just a whole lot of fun to play. Own a PSVR? You must buy this game, it’s that simple.

SUPERHOT VR for Playstation VR is out now and be purchased here. 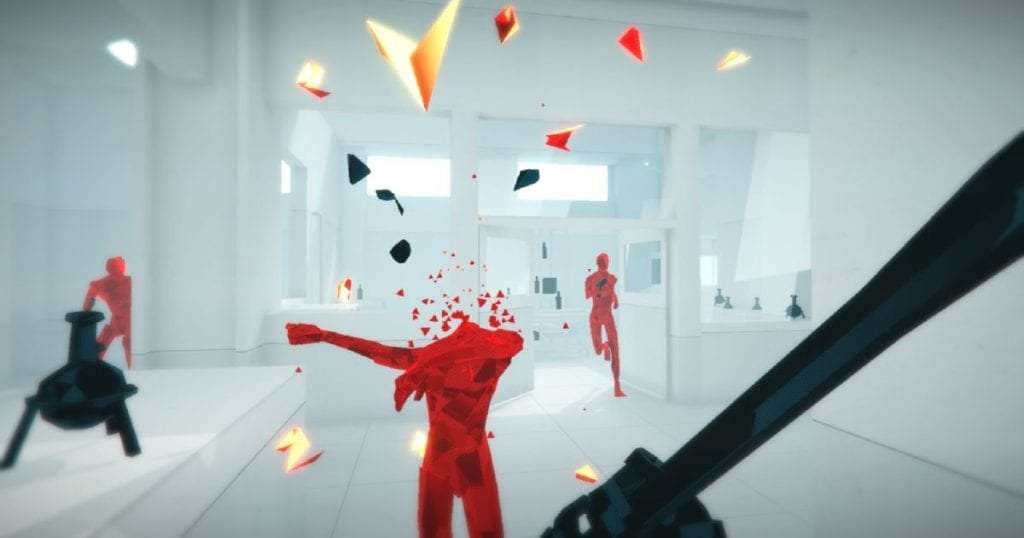