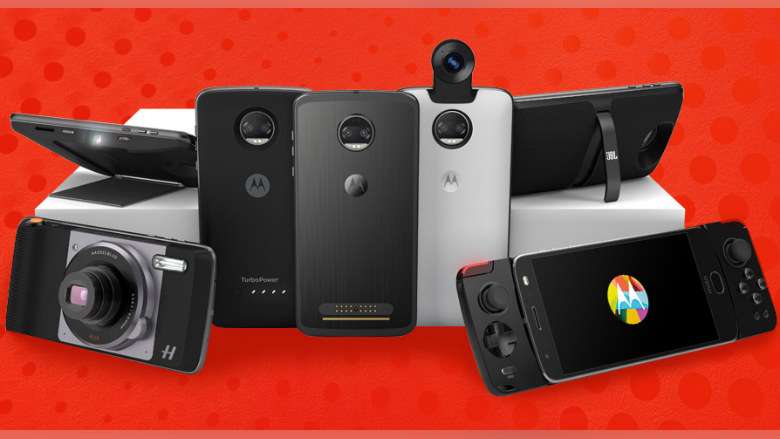 A few new additions and a revival of their brand as Motorola launches new products at IFA 2017.

It was interesting to listen to Motorola here at IFA and how the brand still holds strong memories for certain generations and this is the reason why the “batwings” logo is going to be reintroduced along with the full name instead of just Moto. This is being rolled out across different territories while they are still directing their twitter followers to @moto instead of @motorola, must drop them a note about this. Anyways, on with the releases. 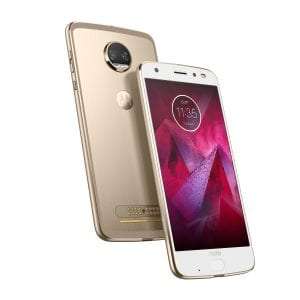 This is Motorola’s premium handset. With some interesting features, it’s good to see something different in the space and not just the same slab of metal and glass.

Shatterproof – this is definitely a USP. So much so, 100 of their employees in Chicago this week dropped their phone not once but twice and none of them shattered. There’s a Youtube video here and to be honest, for any tech enthusiasts, it’s difficult to watch so many people drop their phone intentionally.

This shatterproof screen came about first with the X Force around 2 years ago. The screen is comprised of five different protective layers and a flexible OLED panel, which is manufactured using the P-OLED technology. Now not everything is rosy in the shatterproof garden, this screen is reportedly very easy to scratch so even the manufacturer is advising to purchase a screen protector. The decision will be yours. Would a shatterproof phone be a deciding factor for you?

Moto mods – we really liked when Motorola introduced these last year and great to hear that they will have full compatibility for 3 generations. The 2 mods that we got to play with today were the Moto 360 camera and the Moto GamePad. 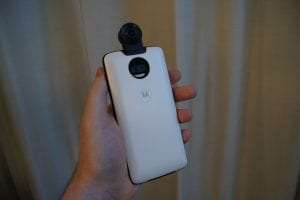 Simply snap the new 360 Camera Moto Mod onto any moto z device and turn it into a 360-degree camera that captures everything. With the click of a button, users can record interactive 360-degree 4k video featuring immersive 3D audio that will follow the direction you’re viewing.

Advanced editing software allows users to adjust content to fit their unique needs, and once they’re ready to be viewed, photos and videos can be easily shared with friends and on social media right from the Google Photos app. When we were reviewing the unit, the Motorola rep was reminding us to smile when we take a picture because it truly is 360 and you forget that you are in the picture too! 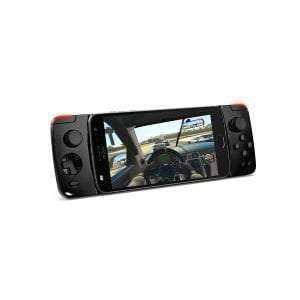 The Moto GamePad allows you to take full control of your mobile gaming experience. This moto mod features dual control sticks, a D-pad, and four tactile action buttons for a realistic gaming experience. Plus, get responsive control in a snap without wireless input lag or the hassle of Bluetooth® pairing. The 1035 mAh built-in battery powers your Gamepad for up to 8 hours without recharging. The prices I was givien today was a pack price of the handset and the 360 camera mod for €799 but I’m sure these can be bought separately.

We got some brief hands on time with the X4 at its global launch but whether it will be released in Ireland has yet to be confirmed. More details to follow as soon as we have them. We look forward to getting some review units for all of the above phones and moto mods so we can really put them through their paces. 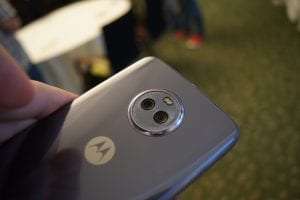