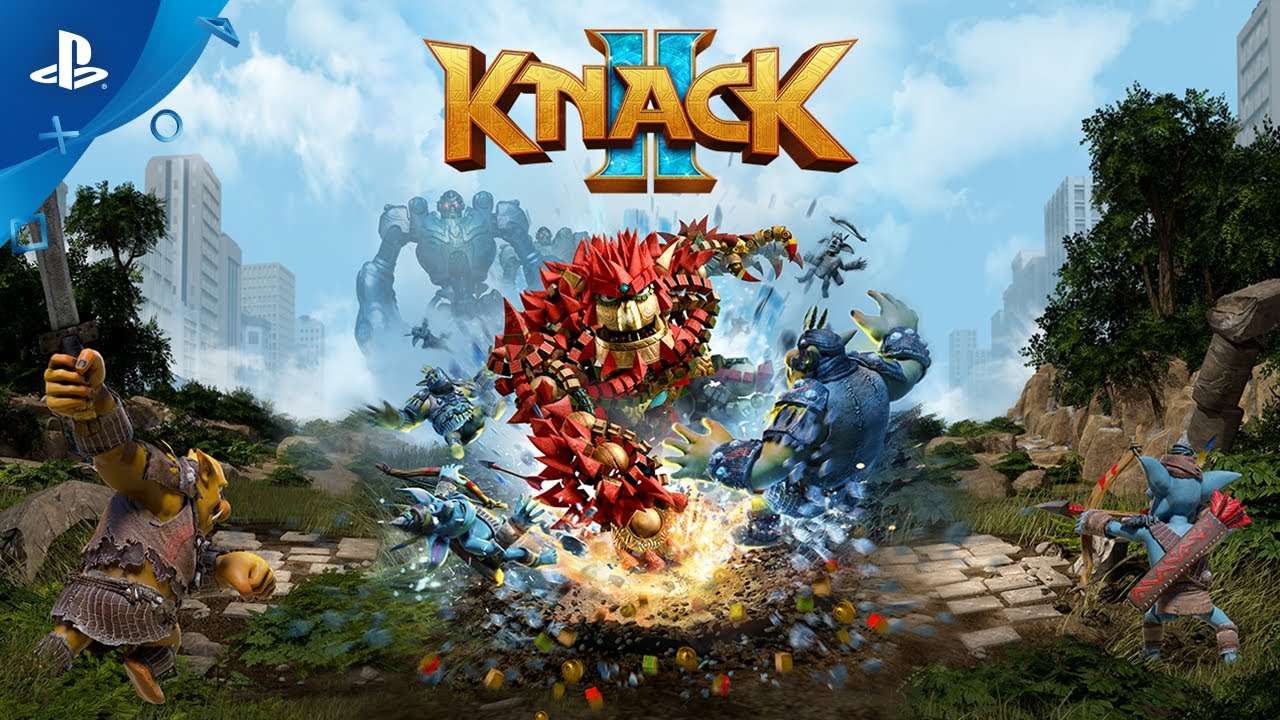 I have a confession to make: I actually sort of enjoyed the first Knack. Despite the trolling and partially deserved scorn, it was a decent PS4 launch title, even if it didn’t feel quite as complete as it should’ve been. Does Knack 2 fix the shortcomings of its predecessor? Mostly, but despite these improvements, the experience still feels like it’s missing something. 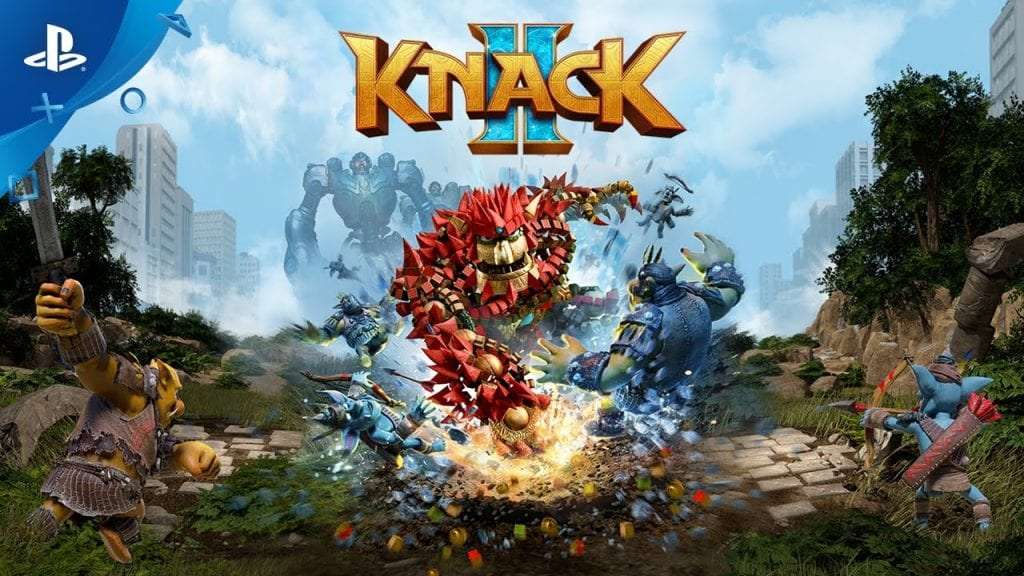 At the outset, Knack 2 begins very much like the first game. There’s some simplified button-mashing combat, platforming sequences and the odd puzzle mixed in for good measure. This trio of elements defines the sequel’s solo and co-op gameplay loop throughout, but thankfully it’s expanded in some notable ways.

Starting with combat, quite possibly the biggest addition to the Knack 2 arsenal is a brand new leveling system coupled with a skill tree. As you kill goblins, robots and bugs during the 14-hour campaign, using points can give Knack new abilities and upgrade existing ones. Beyond the standard punch, kick and dodge, skillful play unlocks a super satisfying body slam, a lasso maneuver that slows down enemies and a powerful finisher that disrupts electrical energy from the narrative’s devious robots. 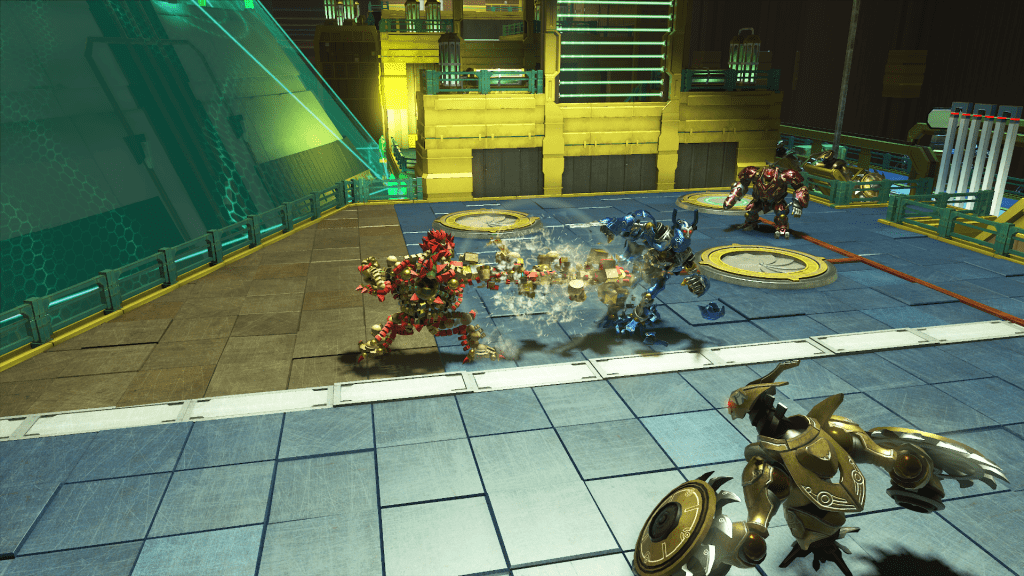 With all these new moves at your disposal, the combat of Knack 2 is easily the game’s best asset. When playing on harder difficulty levels, blocking, parrying and the advantages of each attack come into play regularly. There’s no move on the roster that can be ignored, and that makes each fight a ton of fun, especially if you’ve collected enough relics to grow to a Godzilla-like size.

As those who’ve played the first Knack will know, the character’s signature perk is that he can shrink and grow at will. It’s a major element in the sequel’s platforming sections. The design here feels uninspired, however, and hasn’t evolved much beyond what Crash Bandicoot accomplished in the ‘90s. 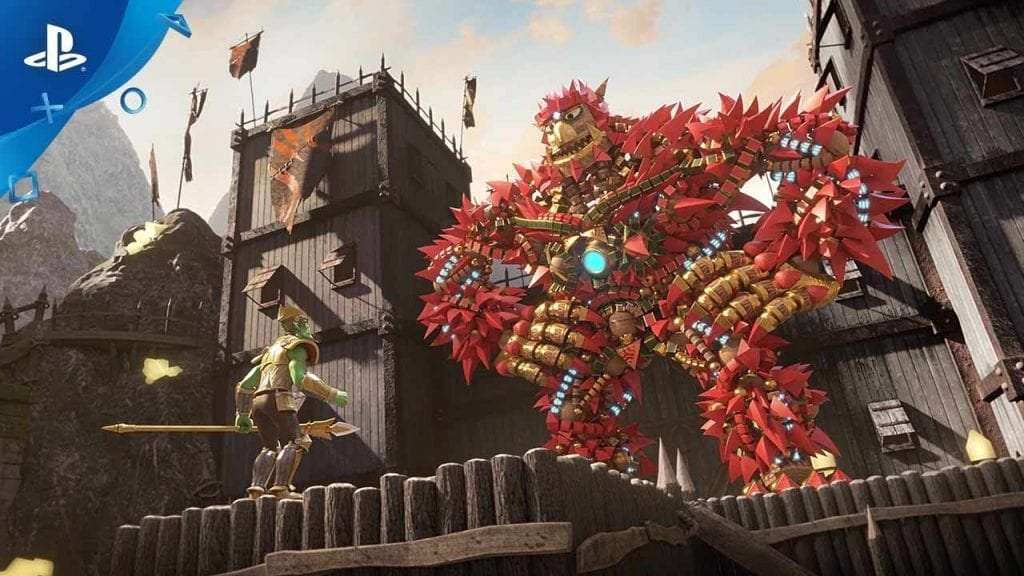 With that retro feel comes the reemergence of frustrations that shouldn’t exist in a 2017 game. For one, the game’s camera angle is fixed from beginning to end. With no way to adjust it, jumping angles are sometimes harder than they need to be and the next point of progress is occasionally obscured. The loss of control even paves the way for bizarre leaps of faith that make the action feel dated. It doesn’t help that Knack’s jumping feels merely adequate, as opposed to good. Thankfully, these shortcomings are alleviated by frequent checkpoints but would have much preferred full camera control.

One slightly modern touch is Knack 2’s sense of scale and open environments. It’s certainly not open-world, but it’s now on pace with the “wide linear” format of an Uncharted game. Also like Uncharted, these wider areas give the player room to explore and hunt for treasure. The clusters of XP and power-ups buried in dark corners offer incentive to explore environments, but that small wrinkle is just a tiny distraction as opposed to a significant game changer. 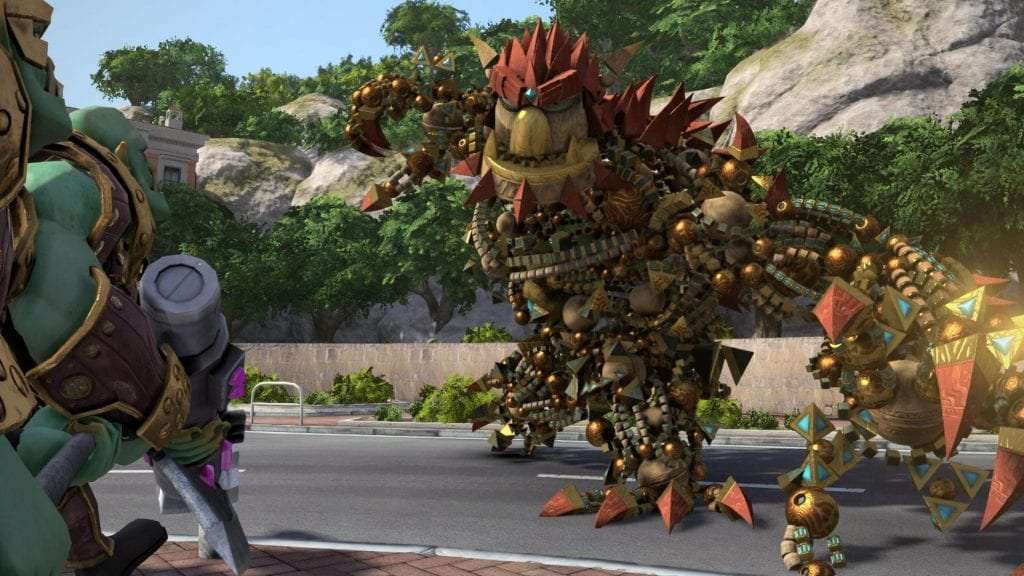 As for puzzles, you won’t see too much new here, either. Some of them are actually surprisingly difficult for this kid-friendly game, but they’re fairly ordinary in concept: use boxes to find your way to a higher ledge, bend beams of light with mirrors and align platforms to navigate to the next checkpoint. There were a few too many of these moments, but they were paced perfectly between major set piece battles.

Puzzles slow down the campaign a bit, but the story isn’t  engaging enough to make the loop feel frustrating. Knack and his gang of explorers stumble across the robot technology of an ancient goblin race that eventually finds its way into the wrong hands. Interwoven throughout that arc are themes of trust, betrayal and even some light teen romance. The dialogue is sometimes cringe-worthy, but it all serves a purpose. In short, the story of Knack 2 is basically a B-list kids movie. 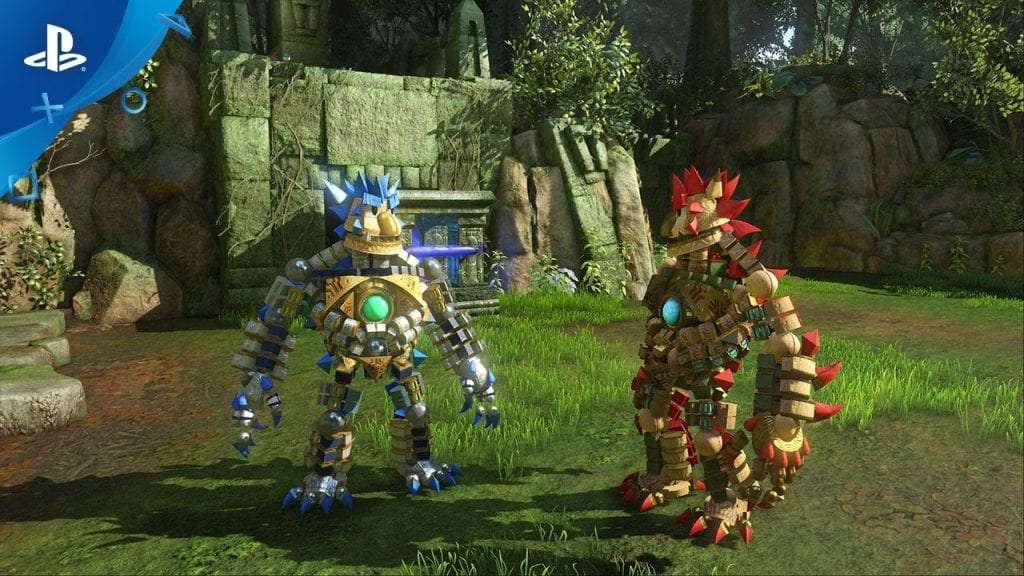 Therein lies the truth about Knack 2. While obvious improvements in combat and larger world designs make Knack 2 more like the game that should’ve released in 2013, its basic platforming and cliche story make the finished product feel generic. It’s not bad by any means, but it feels uninspired. It might be a worth a look if you’ve got kids and a hankering for family-friendly co-op, but it’s not the redemptive comeback story we would’ve preferred.

Knack 2 is available now on PS4. 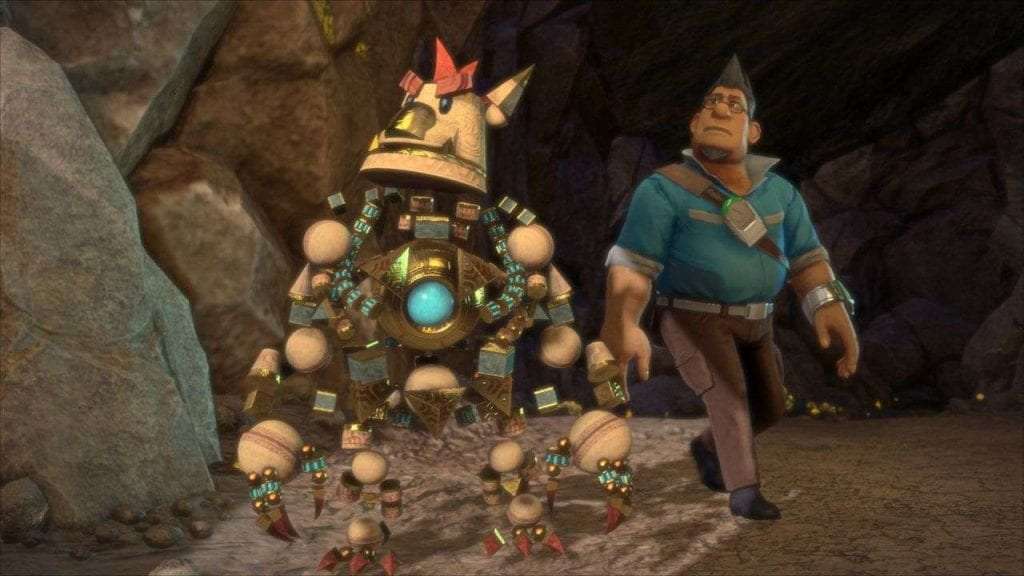