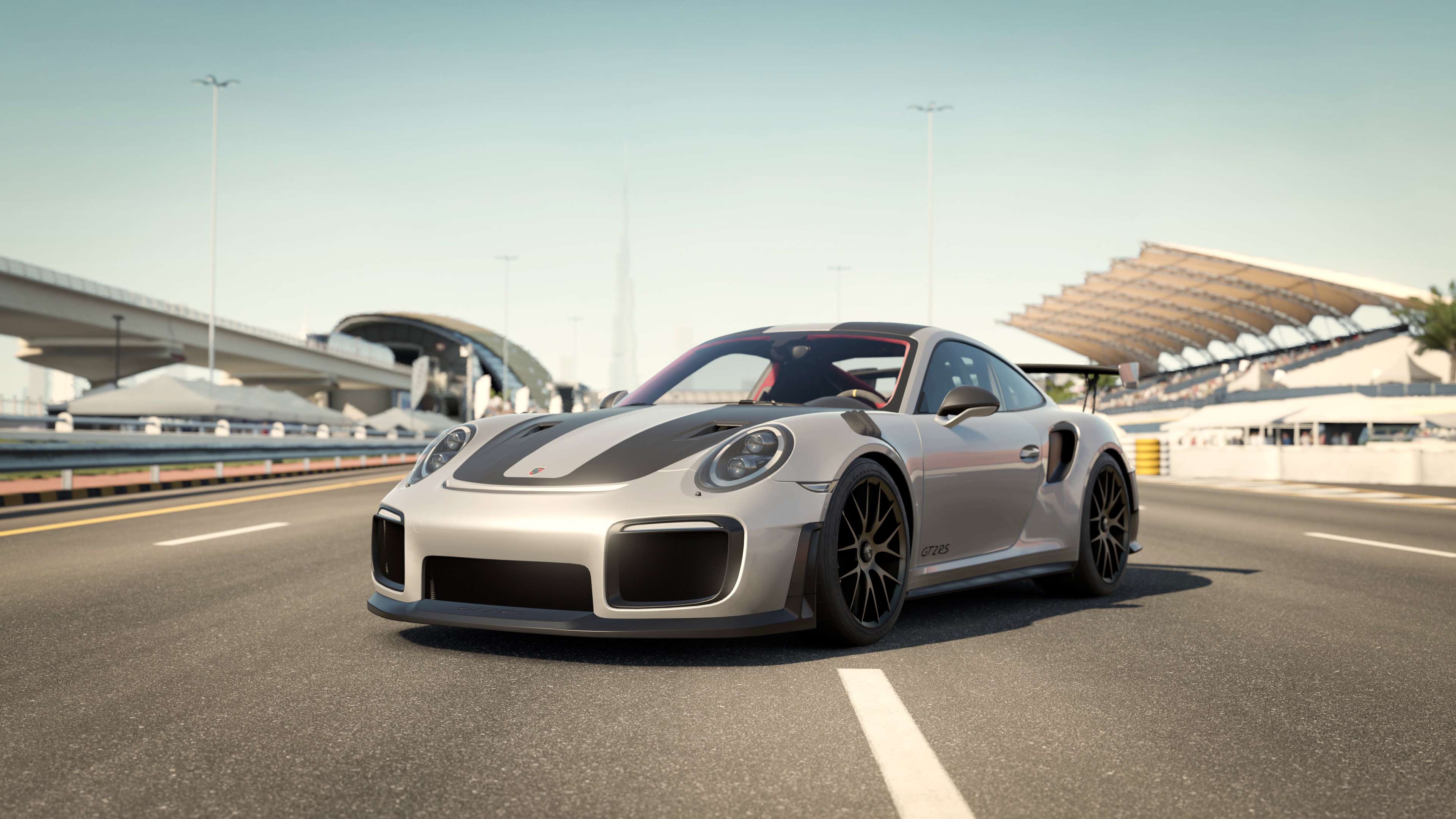 Forza Motorsport 7 is finally here. Officially announced at Xbox’s E3 2017 press conference, the latest installment in Turn 10 Studios racing franchise drifts its way onto Xbox One and PC October 3rd. With a huge roster of over 700 automobiles, the attention to detail on each and every one of them is jaw dropping and a real testament to the love Turn 10 has for all things automotive. The question is though, is Forza 7 enough of an upgrade over Forza 6? Read on to find out what we thought of Forza Motorsport 7. 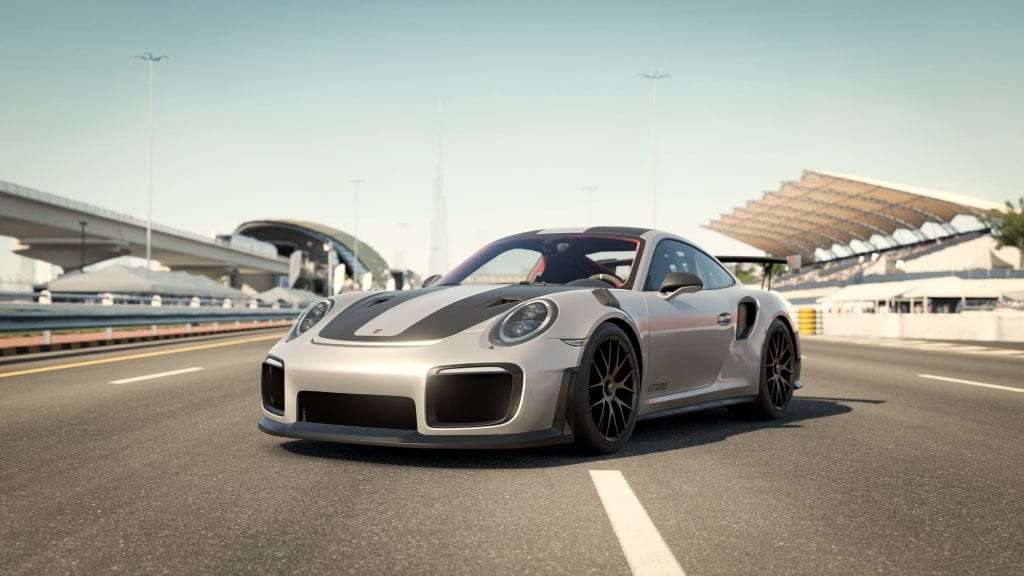 Right off the bat, you’ll notice a much improved presentation to the game’s front end compared to its predecessors, Forza 5 and 6. This fresh coat of paint and styling could be seen as a response to the hugely successful Forza spin off franchise, Forza Horizon, and its ‘too cool for school’ presentation.

There’s also a greater sense of direction in terms of gameplay and overall structure with the introduction of the Forza Driver’s Cup. This new campaign offers players six separately tiered cups to participate in, with each new tier unlocking as you score points in the numerous championships within each cup tier. 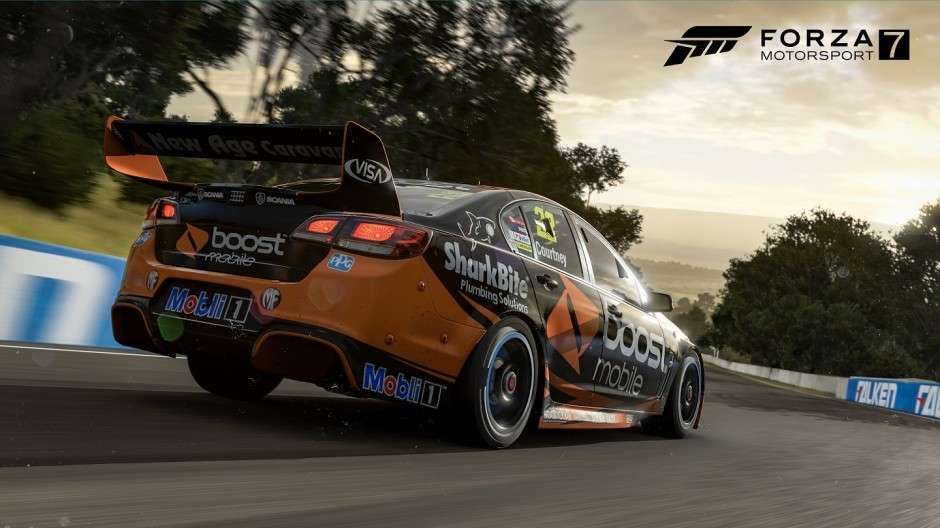 Thankfully, the Showcase races have also made a return allowing players to take the wheel of a unique set of wheels to carry out a task or set challenge such as knocking over bowling pins in a stretch limo on the Top Gear test track for instance.

This new structure definitely lends itself to a much better feeling of progression up the ranks to the mind-blowingly fast supercars we all secretly want to race with straight away.

That’s not to say you can’t hop behind the while of one of these super-cars. With Free Play mode, you can choose whatever car and track you want to race around to your heart’s content. Admittedly, we would have liked to have had more options to tweak the weather on each of the tracks but unfortunately this is only allowed on a handful of them. 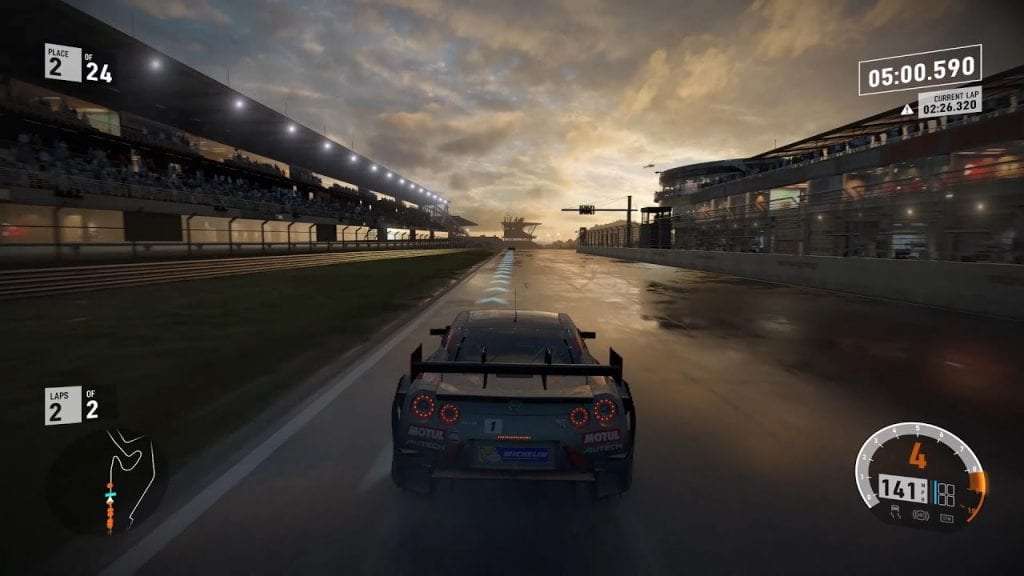 Once you reach a certain collector level, the next tier of cars will be unlocked and ready for purchase. This whole process takes time and, what may be frustrating to some, can be seen as a smart way to restrict players from trying to buy the most powerful cars in the game straight off the bat.

There’s also the option of visiting ‘the speciality dealer’ who sells rarer version of certain types of cars for a limited time. Be warned, these models come at a higher price than you would normally pay but they do offer an increased bonus to your collector score. 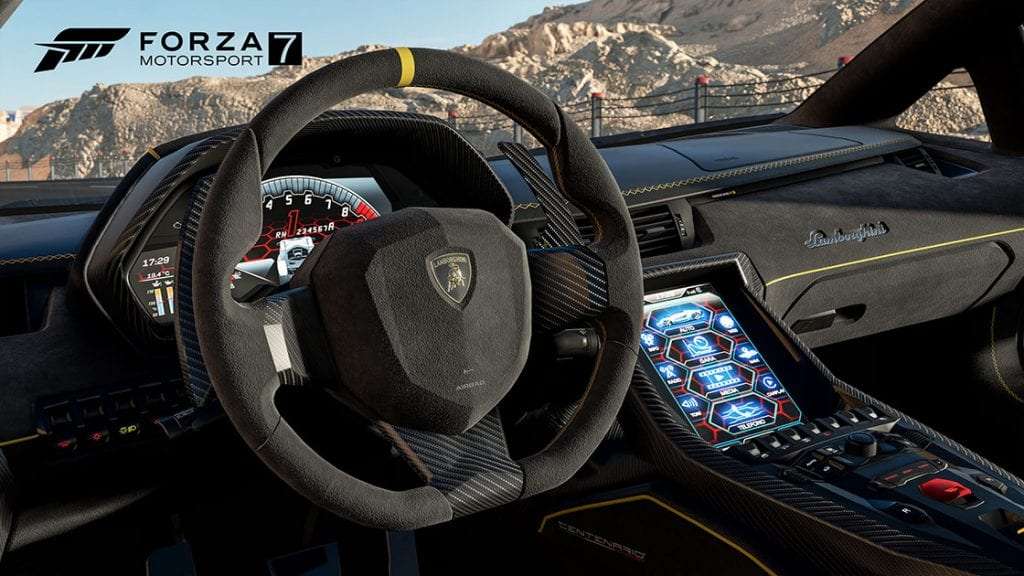 As I previously mentioned, Forza 7 has its own version of loot boxes in the form of prize crates. These crates offer players the chance to win some nice race mods, badges, driver gear and even the odd rare car if you’re lucky. They’re also a great way to bag yourself a higher tiered car before you’re actually able to purchase it and a way to spend your credits which you won’t be long amassing if you’re any way decent at racing.

The inclusion of driver gear is also a nice touch and you can finally choose between a male or female driver model. With the new gear, you can then tog your model out in whatever colourful race suit takes your fancy. Mods also make a return from previous installments, allowing players to modify the rewards given after a race by applying various mod cards to it.

Forza 7 is, as to be expected, an absolutely gorgeous game. The team in Turn 10 have worked literal magic to get a game as good looking as this, running at 1080p 60FPS, on a 4 year old machine. With the Xbox One X just around the corner and the promise of 4K 60FPS gameplay, we might have one of the best looking racing games ever created.

The detail levels on each of the cars are phenomenal with the tracks receiving an incredible amount of detail also. The new dynamic weather system is also extremely impressive and being able to race around the Nurburgring in the middle of a thunderstorm is truly incredible. For the longer races, the day to night and night to day cycles are also very pleasing on the eye and give you a real sense of being right in the middle of the action as it unfolds around you. 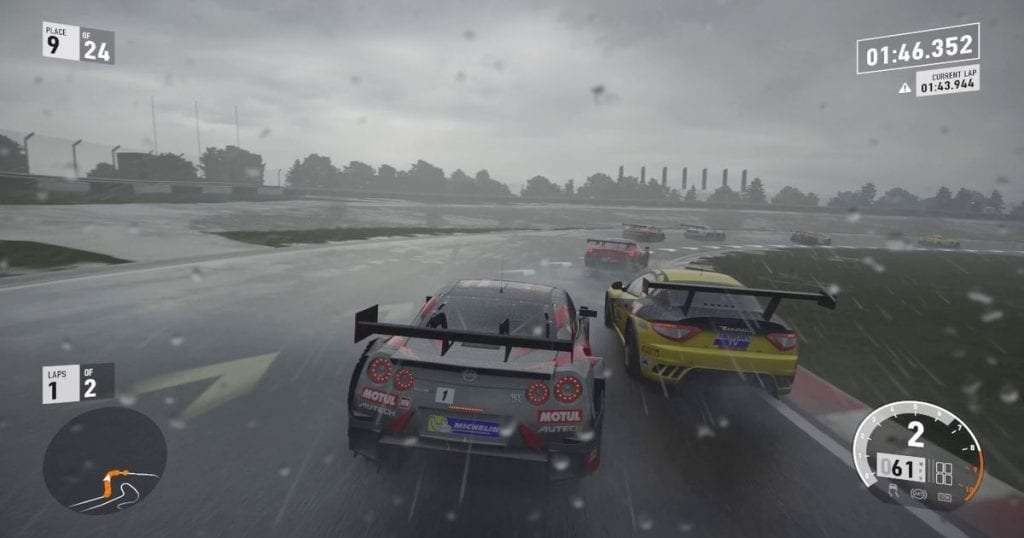 As expected, there’s a comprehensive online mutliplayer section to this latest Forza installment but we weren’t able to test it out fully seeing as the game isn’t available just yet. What we did get to test out and something we didn’t know would be as good as it was is the local, split screen multiplayer which allows to take part in some shared-screen competitive racing against someone at home.

It’s great to see this particular mode make a comeback as not everyone wants to race strangers online and would much rather face off against family and friends on the same couch and TV screen in the comfort of their own home.

Turn 10 have done it again. They’ve managed to create a racing title that all other racing games will be marked against. Its huge roster of cars and tracks, streamlined presentation, jaw-dropping visuals and overall level of detail makes Forza 7 one of the best racing games around. 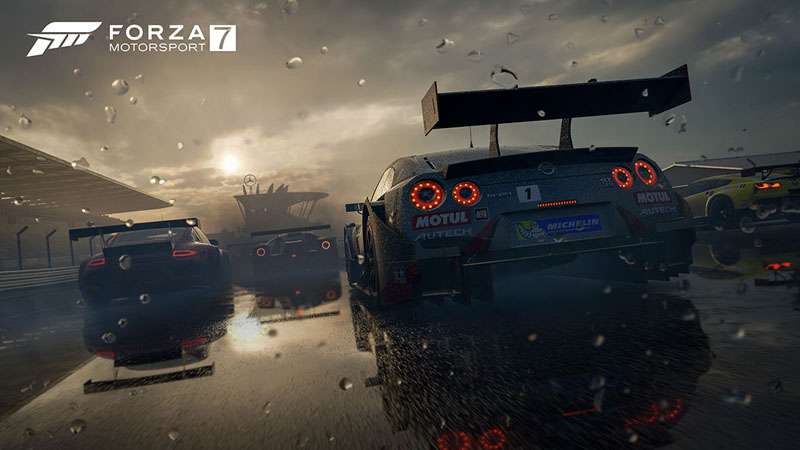 Forza Motorsport 7 is available October 3rd, 2017 on Xbox One and PC and there’s also a free demo available for the game on both Xbox One and PC. It is also an Xbox Play Anywhere title so you can purchase the game for your Xbox One and play it on your PC as well which is a very nice touch.