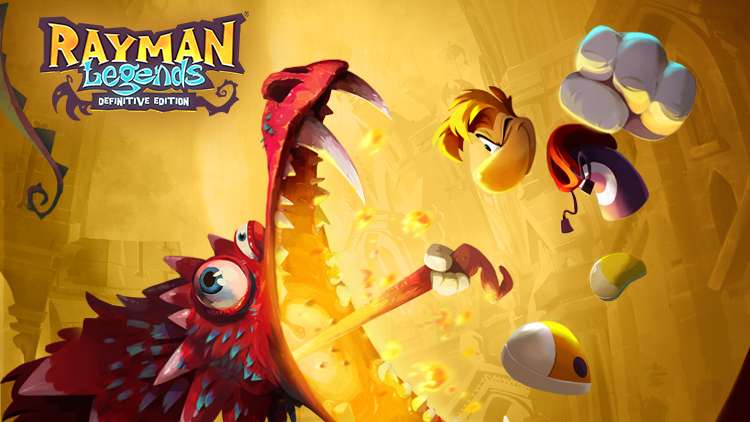 Ubisoft has finally brought one of their most loved franchises and one of this generation’s best platformers to the Nintendo Switch. Rayman Legends has just landed on Nintendo’s new hybrid console and we’ve been playing it for a while to see how it holds up. Read on to find out what we thought of Ray Legends on Nintendo Switch.

This is now the 8th time this game has been ported to a system and Nintendo claims that this iteration of Legends is the definitive one. Packed with almost all of the extras from its previous incarnations, this version of Rayman Legends definitely has a lot to offer but is still missing one or two features to make it truly definitive.

To start, this game is still phenomenal and definitely one of the best platformers of the last 10 years. It’s gorgeous and unique art style, quirky and memorable character design and fantastic soundtrack makes this title a must have for any self-respecting platformer fan. Admittedly, this title is now over 5 years old but, like anything of quality, it just gets better with age. 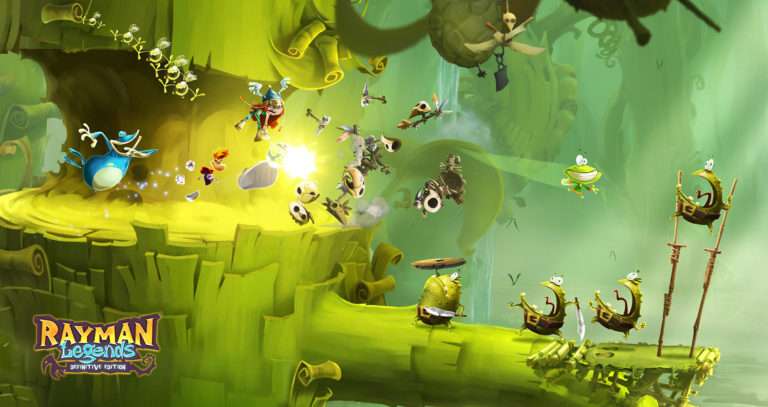 There’s a wide variety of modes to choose from in Rayman Legends as well. The main mode is the story mode which had you jumping into paintings that transport you to different world with each of these having their own paintings to jump into.

Some of the most memorable levels in these worlds are the music levels which have you run, jump and slide through them to crazy song arrangements. They’re a serious amount of fun and I found myself looking forward to each new one I encountered. 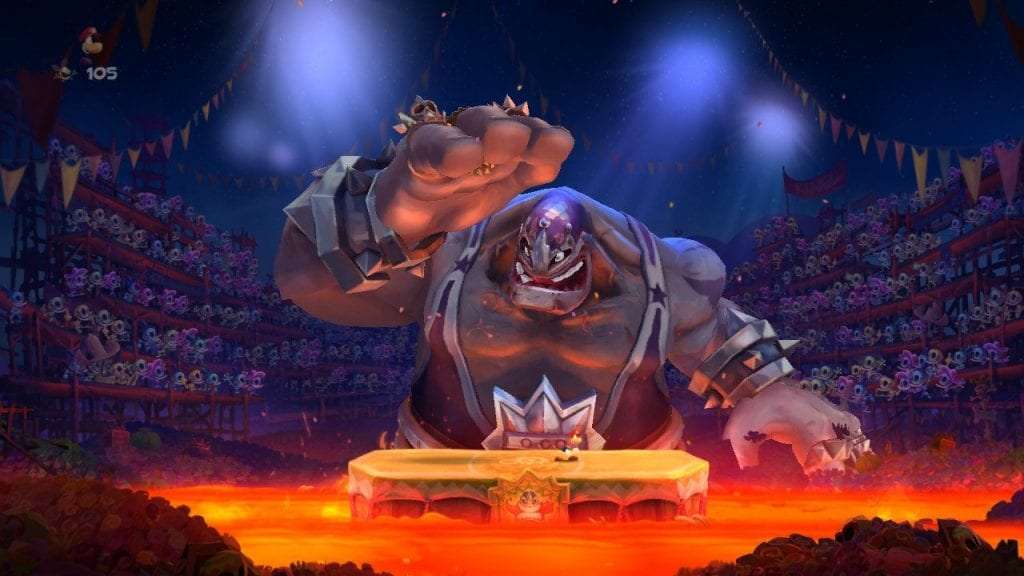 Now, onto the not so great or ‘definitive’ aspects of the game. When playing in docked mode and enjoying the game’s gorgeous 1080p visuals, we did notice some frame rate drops here and there. Nothing game-braking but they were definitely there. We also weren’t a fan of the load times which were a bit on the long side.

Some of the textures on certain levels are also noticeably lower than it’s console counterparts and this can be seen as a result of the aggressive compression in place to get the game to fit comfortably onto the proprietary Nintendo Switch games cards. 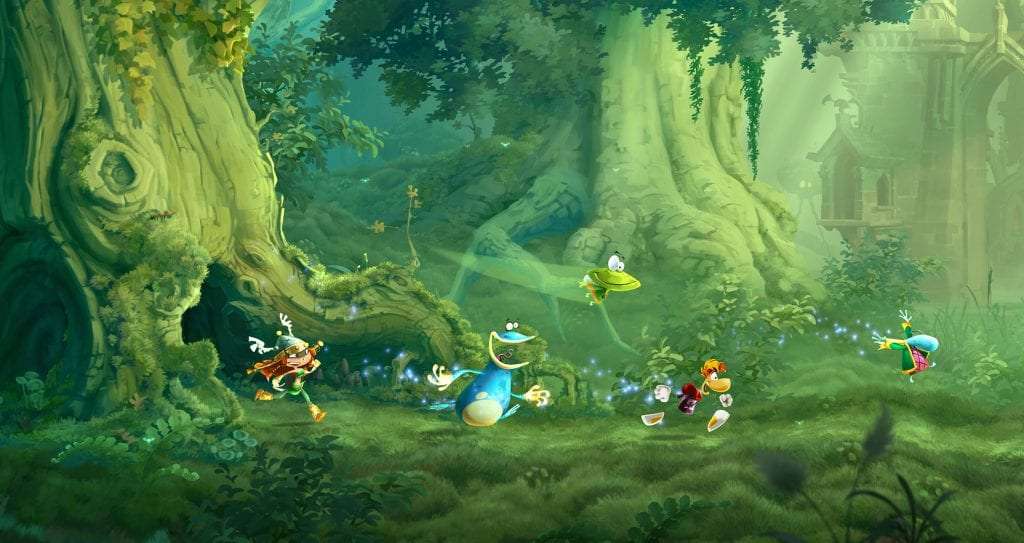 Finally, there were some gameplay elements found in other versions that have been removed from this iteration, like the 5-player multiplayer and the ability to use touch controls when playing with a friend.

One aspect of the game which does play to its ‘definitive’ title is the inclusion of all console-exclusive costumes from all of the previous version which is a nice touch. 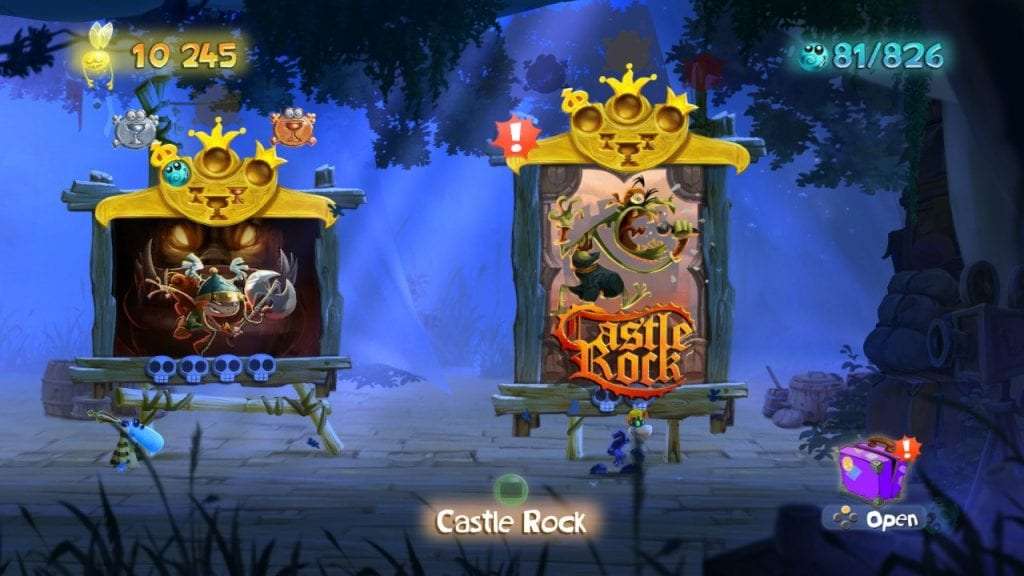 You also have the new Kung Foot mode which is a simple yet entertaining multiplayer mode for 2-4 players. Players pick teams by jumping on any one of the three rings on each side to be on a team. Like a mini football game, Kung Foot is a bit of fun if you want to take a break from the madness of the main campaign.

In the end, it’s nice to see this fantastic platformer make its way to Nintendo’s new console but we wish it had all of the hiccups we found ironed out to really live up to its ‘definitive’ branding. 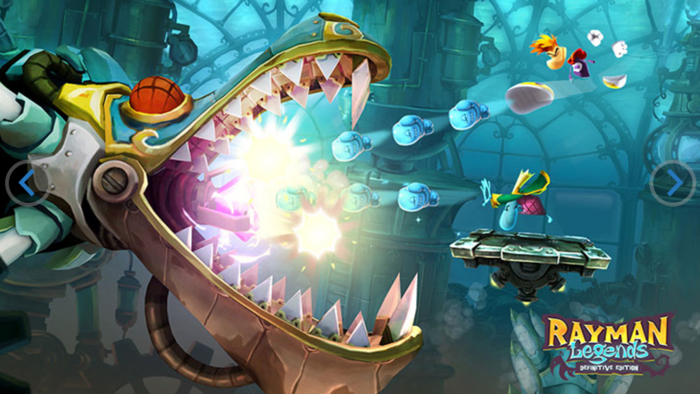