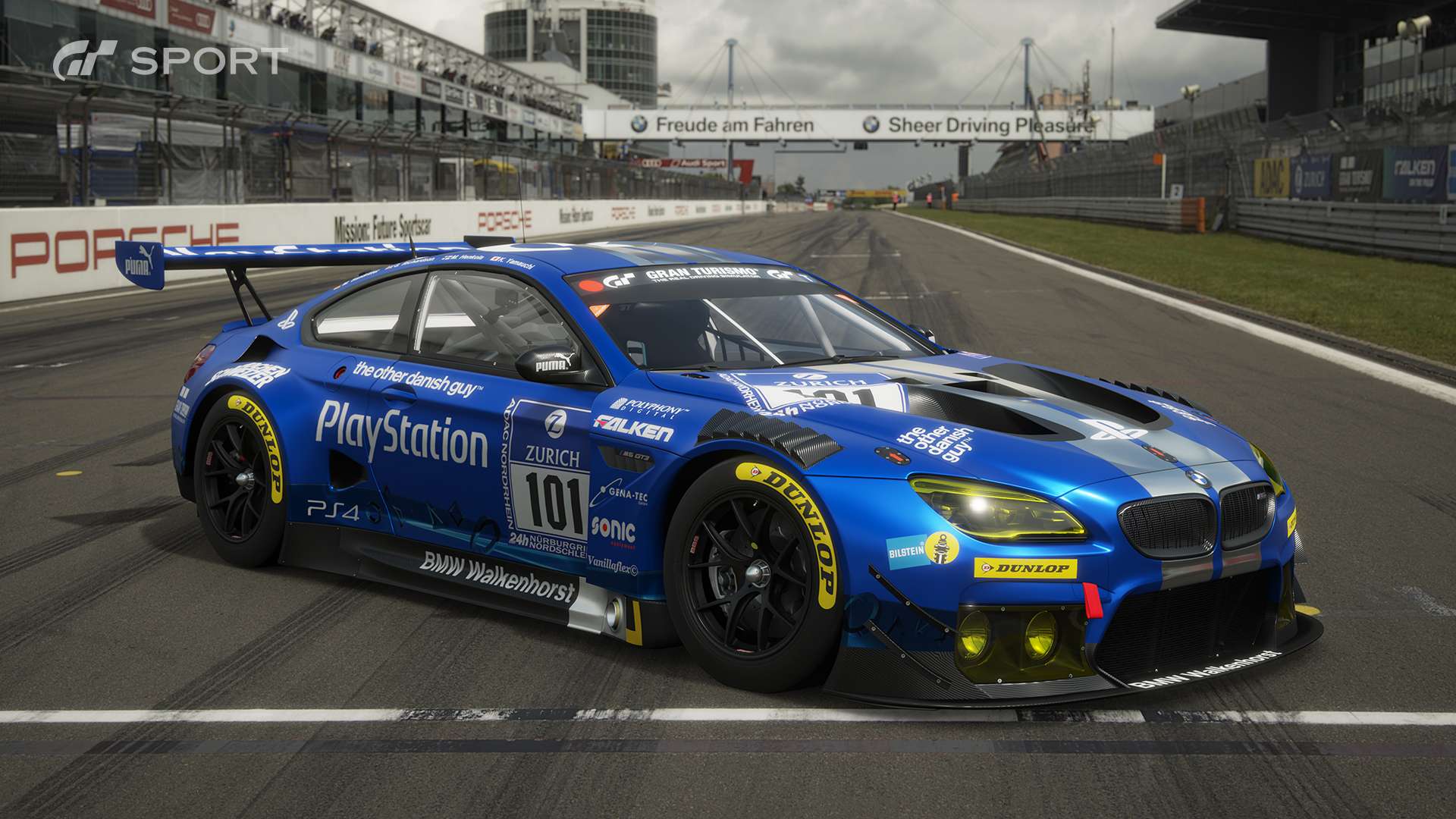 Gran Turismo Sport is the 7th installment in Sony Playstation’s iconic racing simulator franchise. The first Gran Turismo to release on the Playstation 4, it has quite a bit of expectation from fans to deliver on all fronts. Does it fully utilise the power of Sony’s current consoles, the PS4 and PS4 Pro? Is there enough content to keep series fans happy? Read on to find out what what thought of Gran Turismo Sport from Polyphony Digital. 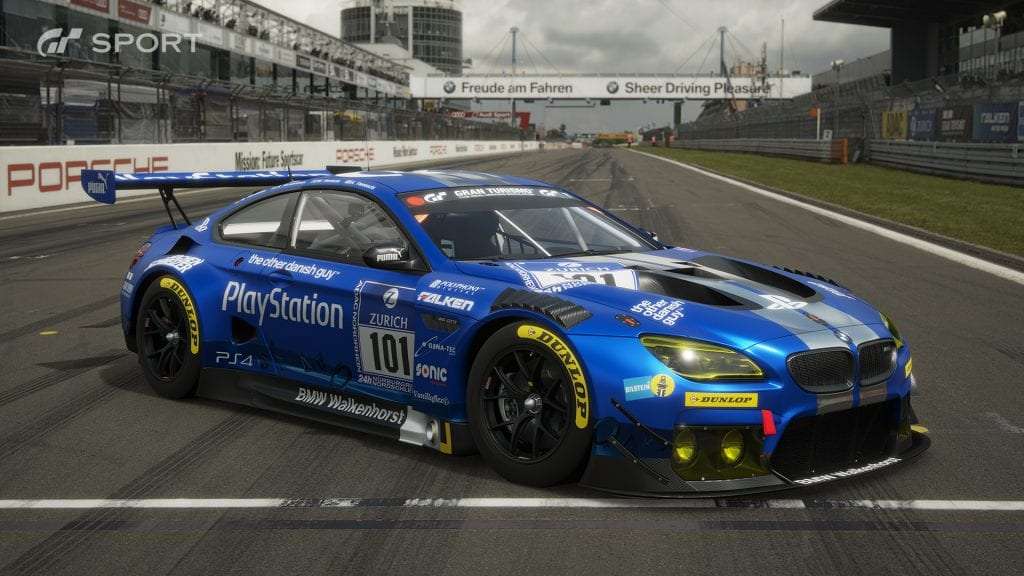 For Gran Turismo Sport, gameplay feels quite pared back compared to older installments. The options available in the solo race section in particular feel very limited and definitely nowhere near as feature-rich and engaging as they were in the past.

If you’re digitally downloading the game, the first 15GB only allows you to play arcade mode, which is basically the only thing you can play if you ever loose internet connection or Polyphony’s servers go down, this definitely isn’t ideal and something the team in Polyphony should look into fixing with a future update. 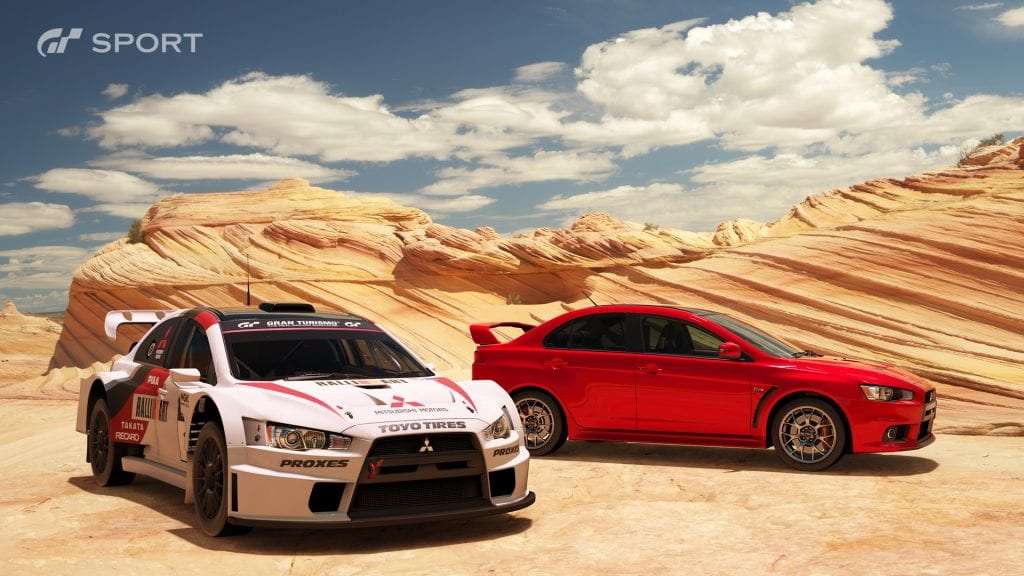 Also, If you do play the arcade mode while waiting for the game to download, know that NONE of your data is being saved, so any credits and experience you earn will be lost.

Now, on to the more positive elements of GT Sport including its progression system. Throughout the game, you’ll earn points for completing the various racing challenges which allow you to level up and unlock additional tracks for arcade mode as well as other unlockables. There’s also the cool feature that tracks how far you race each day and awards you for doing so. When it comes to purchases, there’s actually two types of currency in Gran Turismo Sport with one allowing to purchase special cars, liveries, boosts etc and the other allowing you to purchase special paint colours, racer modifications etc. 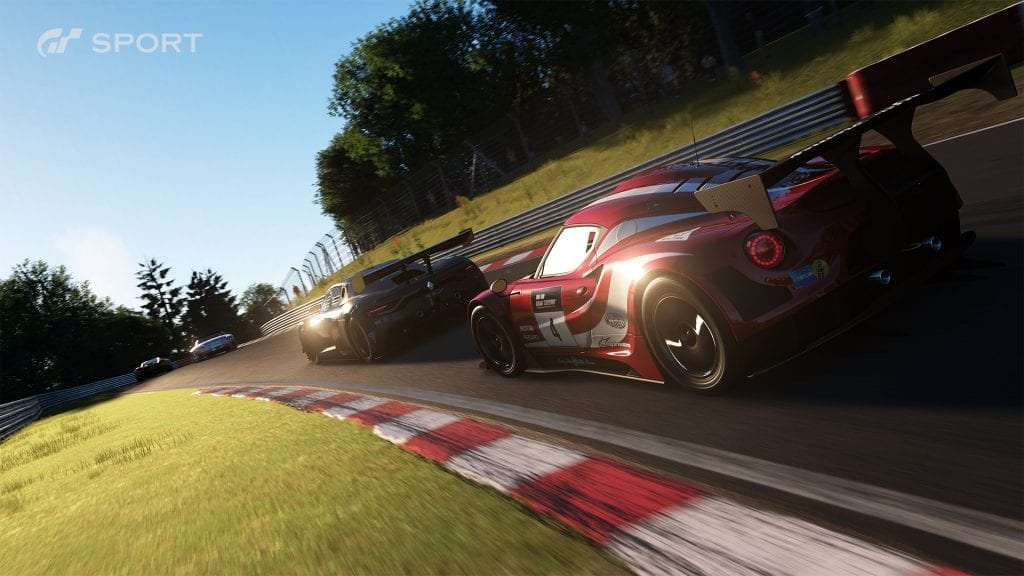 Again, Gran Turismo’s car list is notable lacking in comparison to its older siblings with a limited number of tracks to race them on. Thankfully, when selecting one of these courses in arcade mode, you’re given a lot more customisation options with the visuals such as deciding the time of day. These varying time of day options really change the dynamic of the race and it’s nice to see Polyphony went to the effort of including them.

Getting from the main menu to the start line is also quite straightforward yet still allows for a respectable amount of customization; even allowing you to tweak the overall difficulty of each race.

In terms of visuals, Gran Turismo Sport definitely doesn’t disappoint. The team at Polyphony have always lead the way when it comes to racing simulator visuals and high fidelity visuals in general. Utilising as much power as possible from Sony’s two consoles, they’ve really created something that is, at times, truly jaw-dropping. 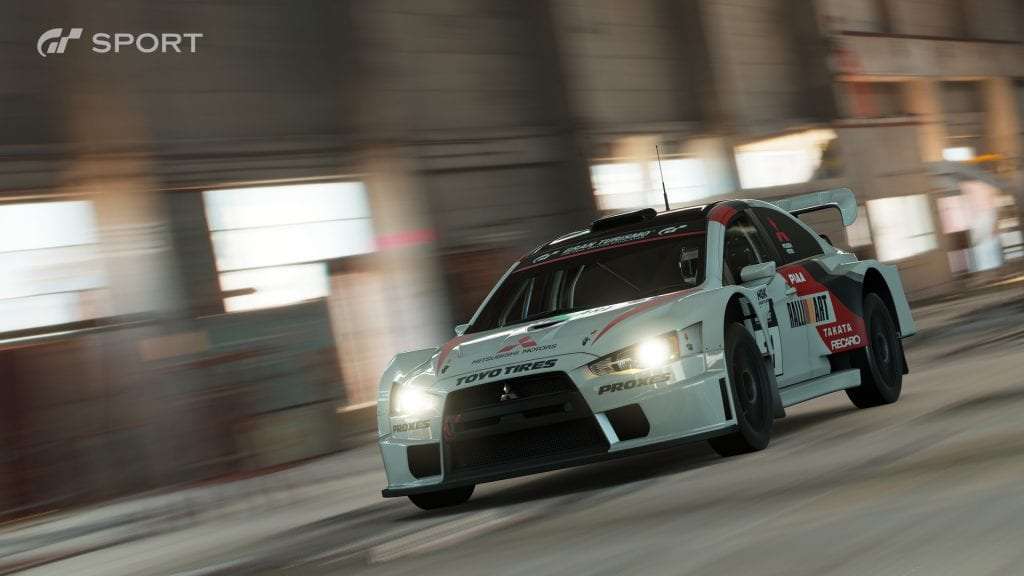 From the immaculate attention to detail on both the exterior and interior of each of the cars to the almost-perfectly recreated tracks and locations, Gran Turismo Sport is a technical showpiece for Sony’s consoles. 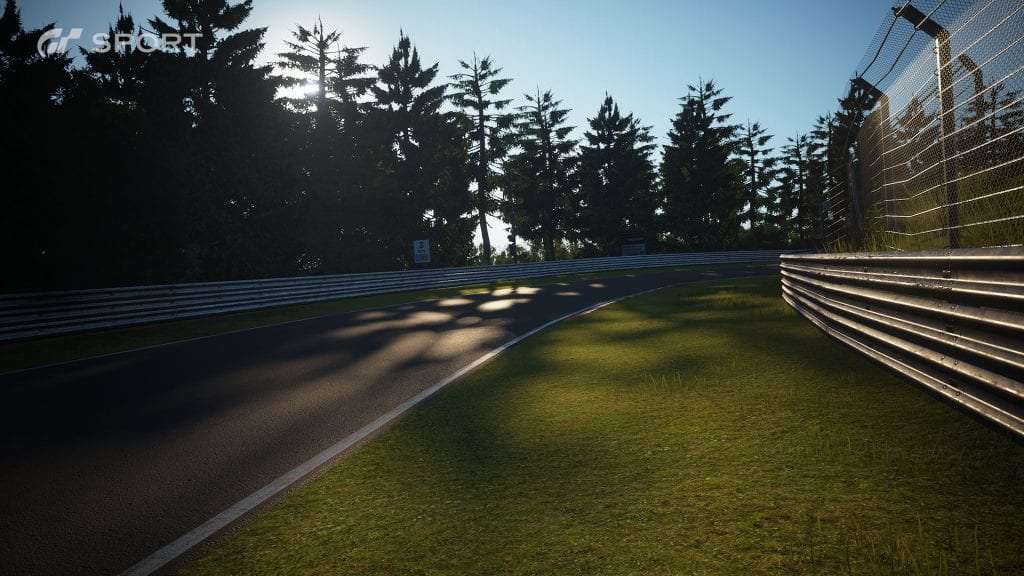 For the multiplayer section of the game, you must sign up for official races and start at pre-determined slots throughout each hour of the day which is a little strange. There’s also the lobby section which allows people to generally hang around until they see a race that suits their timings.

The game runs well online with framerates and overall gameplay quite solid but, in order to unlock online mode, you’ll have to watch two ‘The Importance of Sportsmanship in Sports’ videos which really drives home (pun intended) the importance of not being an arse on the track (basically). 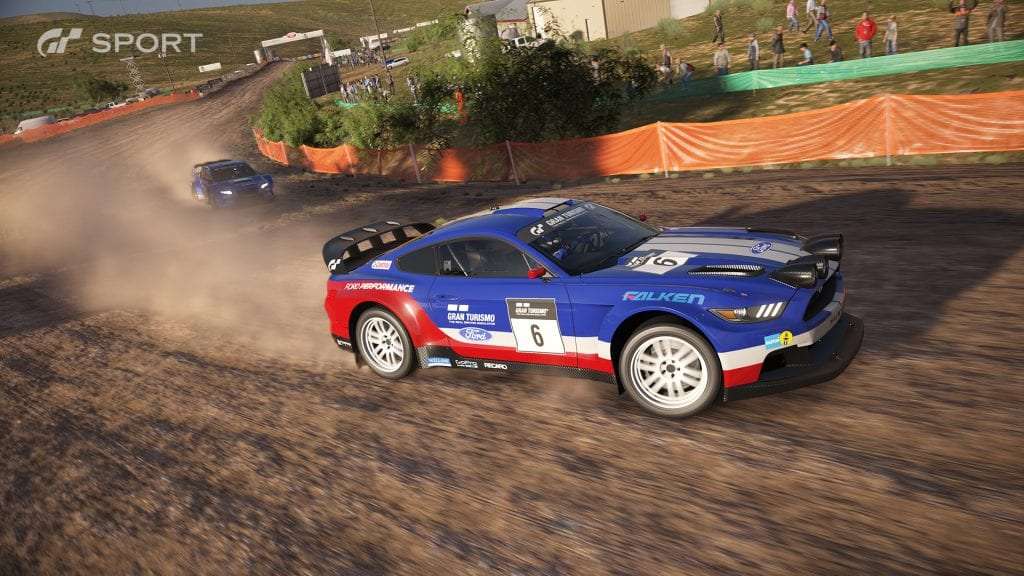 To continue support for Sony’s now one year old VR headset, the team at Polyphony have included a special ‘VR Tour’ mode. This PS VR specific mode allows players to drive a wide selection of the game’s cars around a number of tracks in one-on-one races against an AI opponent. You’re also given the option to ogle some of these beautiful digital creations in VR in Gallery mode. 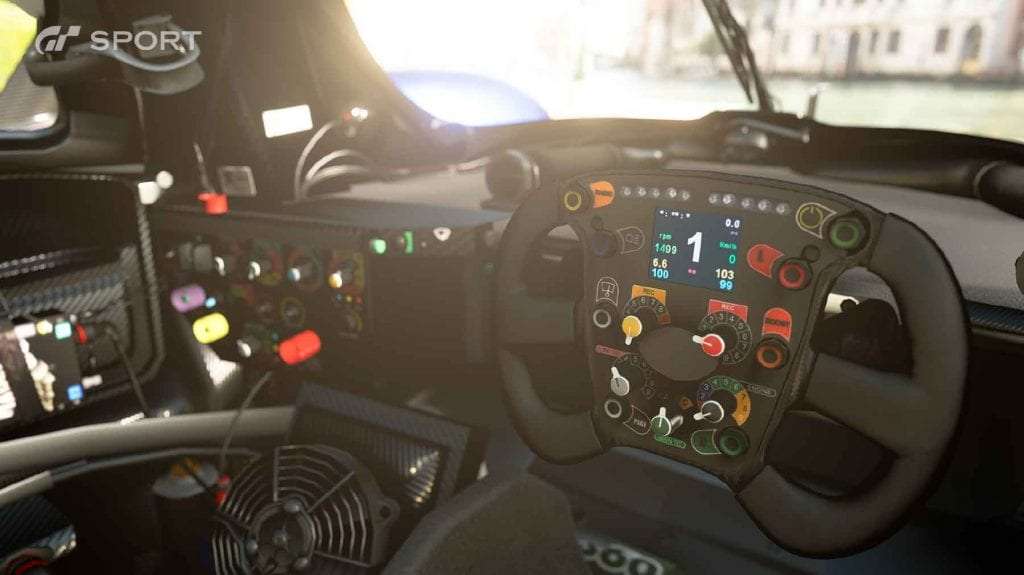 Admittedly, and I think something most fans were wishing for, you can’t play the entire game in VR and, for a game that’s already quite narrow in choice, this VR section is even more slimmed down. As I said, the most you’ll be racing against is one and the weather options for each of the tracks are also reduced.

All of this aside, this is hands down the best VR racing experience we’ve ever had. When thinking back to the blocky/low res mess that was Driveclub’s VR offering, Gran Turismo Sport really is a testament to how good racing in virtual reality can be. With almost photo-realistic recreations of each of the cars’ interiors and impressively high-res rear view mirrors and wing mirrors for keeping an eye on your opponent, VR Tour mode really is an exhilarating experience and one you should definitely try out if you have a PS VR headset. 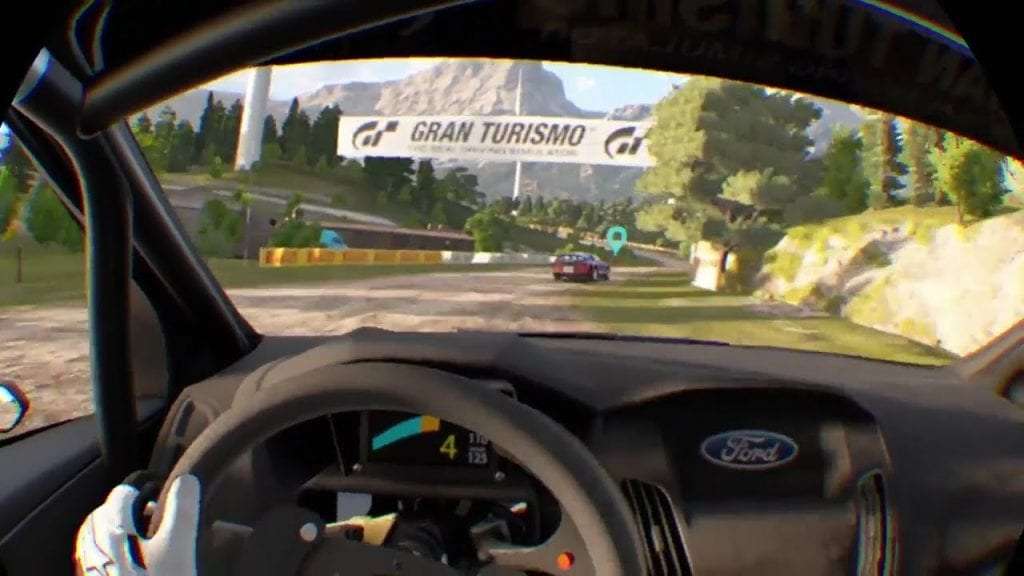 Making its current-gen debut on Sony’s latest consoles, Gran Turismo Sport is both beautiful and banal in equal measure. Feeling like a slimmed down version of its predecessors but having the visual flare to turn heads, Gran Turismo sits in quite a funny position. Racing fans will looks its deep customization options but will be scratching their heads at the lack of content. With a focus on online multiplayer and pared back single player, Gran Turismo Sport feels more like Gran Turismo 6.5 than a true standalone entry in the Gran Turismo series. 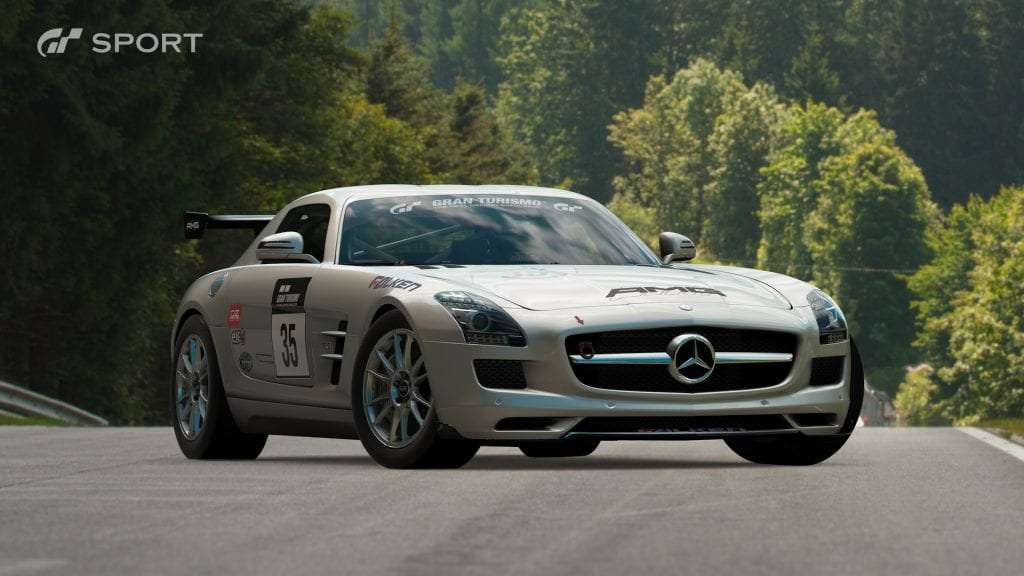