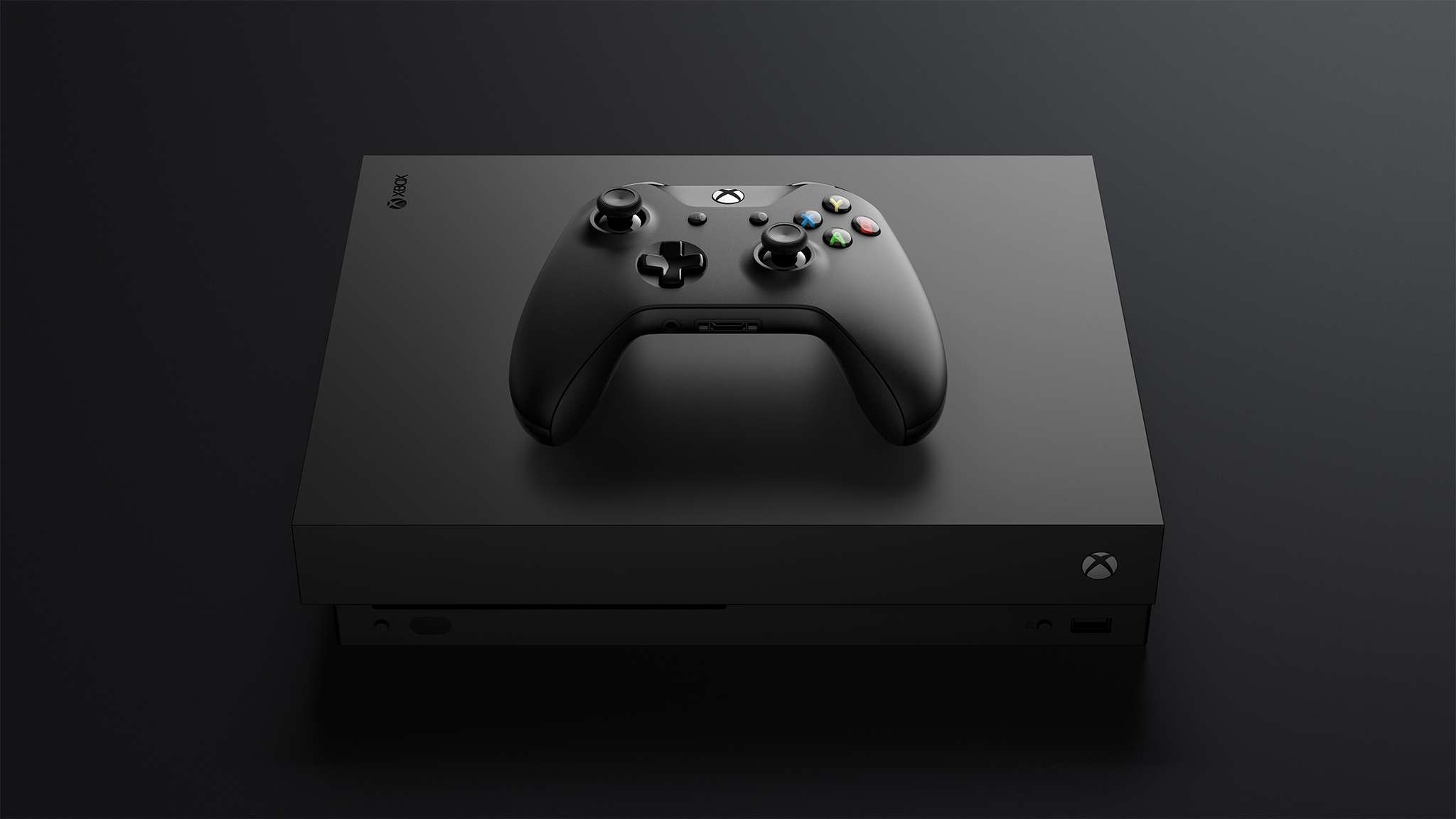 Cast your minds back to E3 2016, when Microsoft took to the stage at one of the world’s largest gaming conventions to announce their official entry into the 4K gaming console market and its direct competitor to Sony’s PS4 Pro. Fast forward to next Tuesday, November 7th, 2017, when the Xbox One X finally arrives and gamers can have a chance to buy the most powerful games console ever made. With the launch of the Xbox One X, the battle for 4K gaming in the living room has now truly kicked off.

With such a monstrously powerful console, Microsoft could have gone down the super-powerful PC gaming route and kitted this thing out with garish lights and aggressive angles but, thankfully, and knowing it would have to share a shelf with the likes of your set-top box and sound system, they’ve kept things simple. 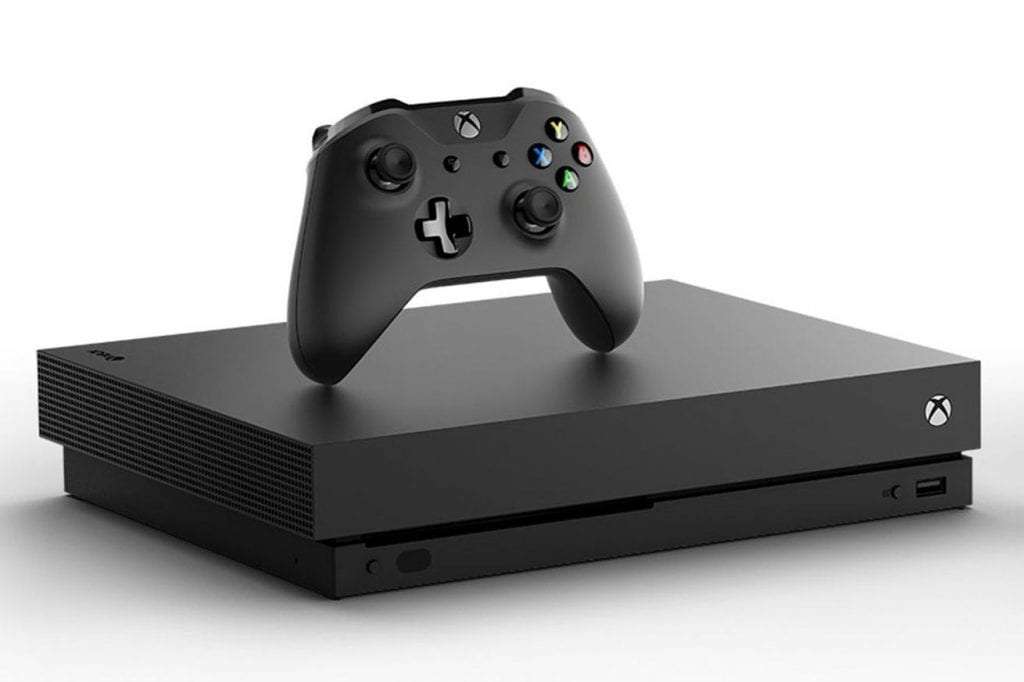 The One X is packed into a discrete little black box and isn’t too dissimilar to the Xbox One S in design. The only real noticeable difference would be the obvious colour change and the moving of the disc tray to the mid-left as opposed to the top right on the One S.

As a nice addition, and something also found in the One S, Microsoft has included a 4K Blu-ray player into the One X which will obviously compliment the 4K gaming capabilities of the console already. 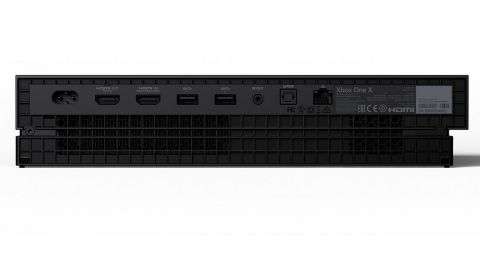 Again, as another thoughtful touch, Microsoft has also made the wise decision to keep the connection layout at the rear of the One X almost identical to what is found on the rear of the Xbox One S which makes switching out one for the other very easy.

With most companies already creating beautifully sleek and stylish electronic hardware for the home these days, it’s the internals of the One X that will have most gamers talking. Understandably, this is where Microsoft wants the attention to be and given just how powerful this thing is. What’s of even more importance though, to both Microsoft and interested gamers alike, is how it compares to its main competitor, Sony’s PS4 Pro.

Inside this suspiciously small piece of kit, Microsoft has somehow managed to pack an octo-core CPU overclocked at 2.3Ghz, 12GB of GDDR5 memory and GPU with 6 teraflops of power and 40 compute units. Now, avid PC gamer or not, you can’t deny just how impressively specced this console is and all of this horsepower will allow certain games to run at the hallowed 4K60FPS and many in 4K30FPS along with HDR as well.

To be clear though, this new console still sits quite harmoniously alongside its lesser powered siblings, the Xbox One and One S, and all Xbox One games will play on all of these consoles along with all of the peripherals working seamlessly across the 3 devices.

The UI interface will also remain the same across this ‘family of consoles’ with the recent Fall update adding increased usability and improved features for each of the consoles. 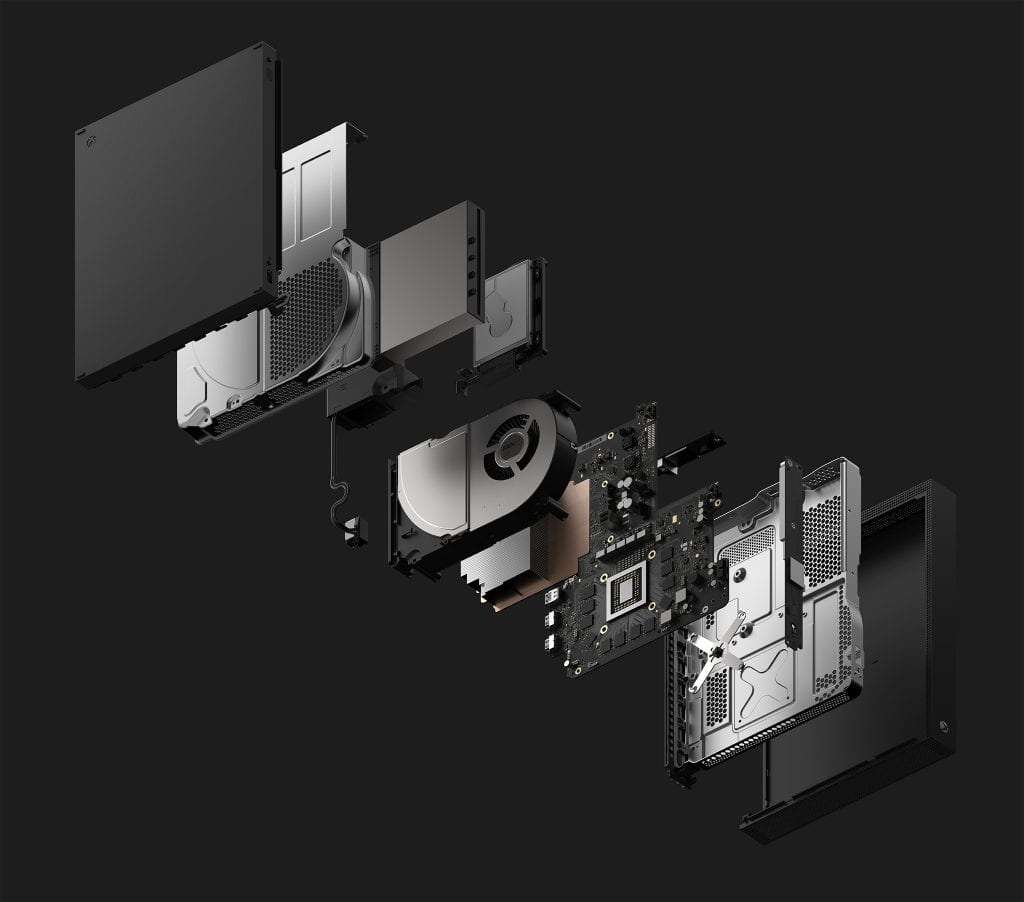 An ‘exploded’ view of the internals of the Xbox One X

On paper, the Xbox One X is definitely more powerful than the Pro. Admittedly, it isn’t by a massive margin when compared side by side but the One X can still comfortably claim the title of the world’s most powerful console. Even with this extremely impressive accolade though, all of this horsepower is pretty useless if the content to harness it isn’t there.

Now it’s here that Microsoft really needed to impress to make all of their hard work up to this point worth it. Going by their many announcements in this area, it looks like they’ve been hard at work getting many of the major game developers to utilise the extra power available on their new console.

They’ve even gone as far to create a dedicated webpage to showcase the 150+ titles that will benefit from the extra horsepower in the Xbox One X in some way. These titles are referred to as ‘Enhanced for Xbox One X’ and will either support 4K visuals, HDR, higher framerates or a combination of all three.

One of the flagship titles for the new console is Turn 10 Studio’s racing sim, Forza Motorsport 7, which utilises every drop of power available to run at an unbelievable 60FPS in full 4K with HDR thrown in for good measure too. Playing this title on a 4K HDR display is a truly jaw-dropping experience and a fantastic showpiece for what this new console is really capable of. 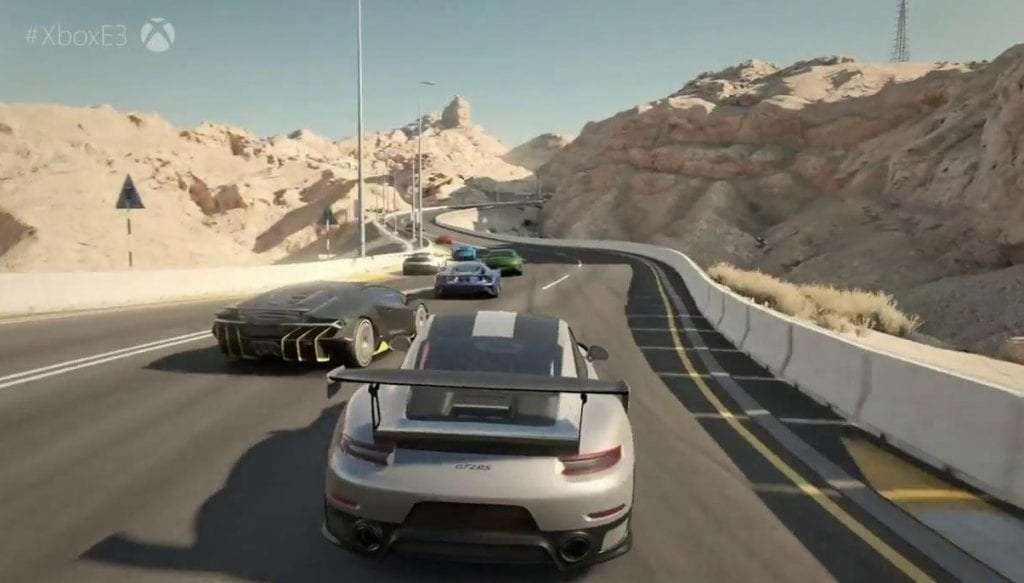 The attention to detail on both the cars and the tracks is highlighted even more by the vastly improved resolution provided by the console’s 4K resolution. Other first party titles such as Gears of War 4 also show off just how powerful the Xbox One X is with its main campaign rendering at a gorgeous full 4K at 30FPS. There’s also an extremely impressive implementation of HDR adding to the overall feel of the game. 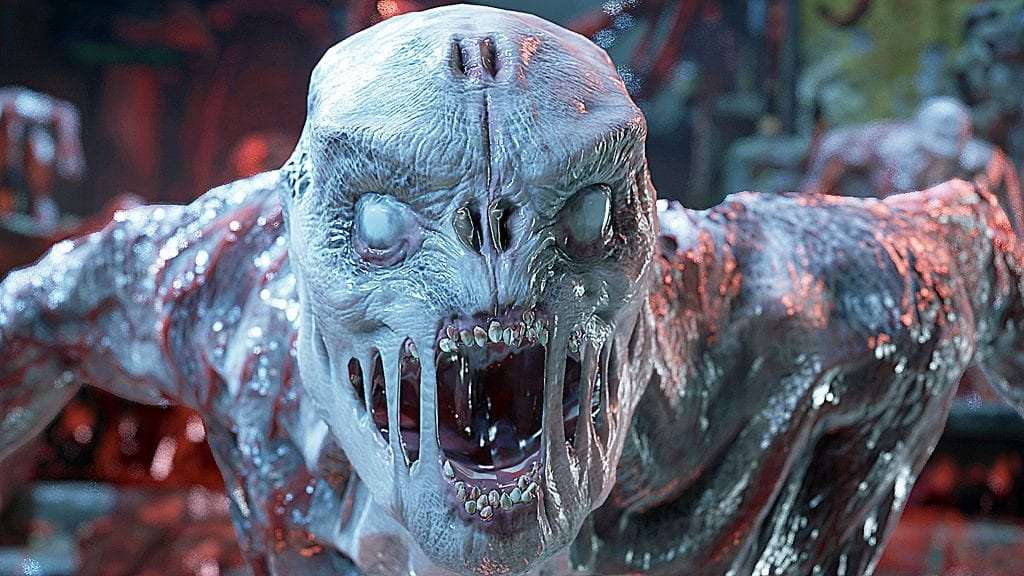 Another flagship title is Middle-earth: Shadow of War from Monolith Productions which also showcases the consoles 4K capabilities along with gorgeous HDR implementation. Being able to run around Middle-earth slaying orcs and leading armies in glorious 4K really is a thing of pure joy. 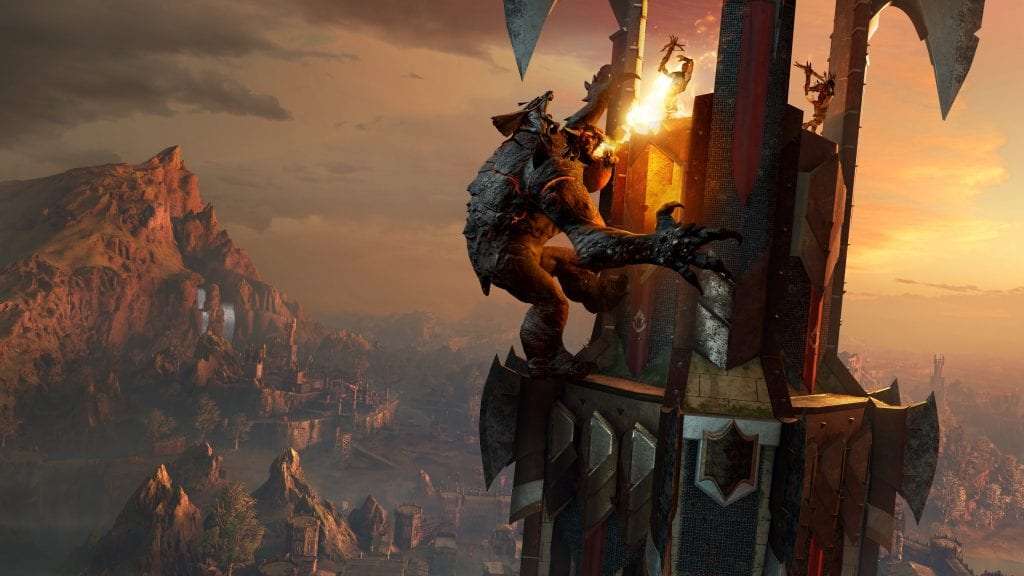 Owners of non-4K screens need not worry that they’re missing out on all of these benefits though as, much like the PS4 Pro, the Xbox One X will still render these games in 4K resolution and super-sample them to your 1080p display, offering a much sharper and more refined image.

Not to leave retro gamers in the past, Microsoft has also gone to great lengths to ensure there’s also an extensive back catalogue of not only Xbox 360 titles but original Xbox games as well that can all be playable across all of their consoles, including the Xbox One X.

As a side note, we also got to test out the 4K Blu-ray capabilities (which are also in the One S) by watching some of BBC Earth’s fantastic documentary series, Planet Earth II, in glorious 4K and HDR. The sheer level of detail and life-like colour reproduction is simple stunning and is just another impressive feather in the Xbox One X’s hat of tricks. 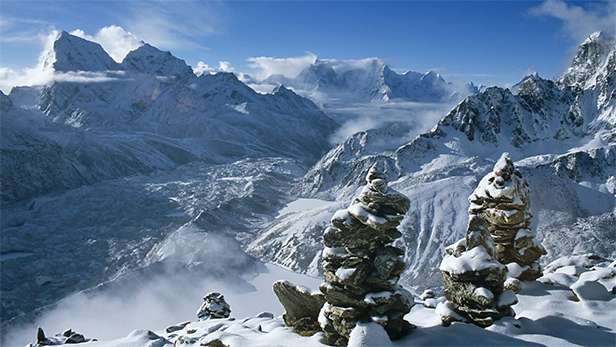 Gone are the days of the 6-7 year console cycles with both Sony and Microsoft now offering their own takes on 4K home console gaming only a couple of years since the launch of their last consoles. The Xbox One X may be late to the party but, going by the sheer power and performance packed into the new console, it was most definitely worth the wait.

Coming in at a cool €499, the Xbox One X is definitely not for the casual gamer. This thing is targeted directly at those of us who want to have the very best console experience in our living rooms and, going by what we’ve tested so far, the Xbox One X delivers this in spades. 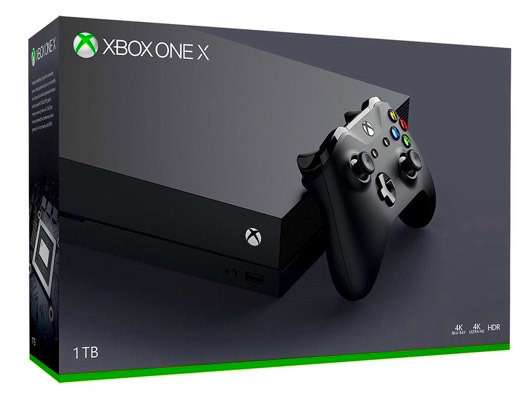 The Xbox One X launches November 7th for €499 from all major electronic and gaming stores. This review was completed using a review model sent by Microsoft Ireland.