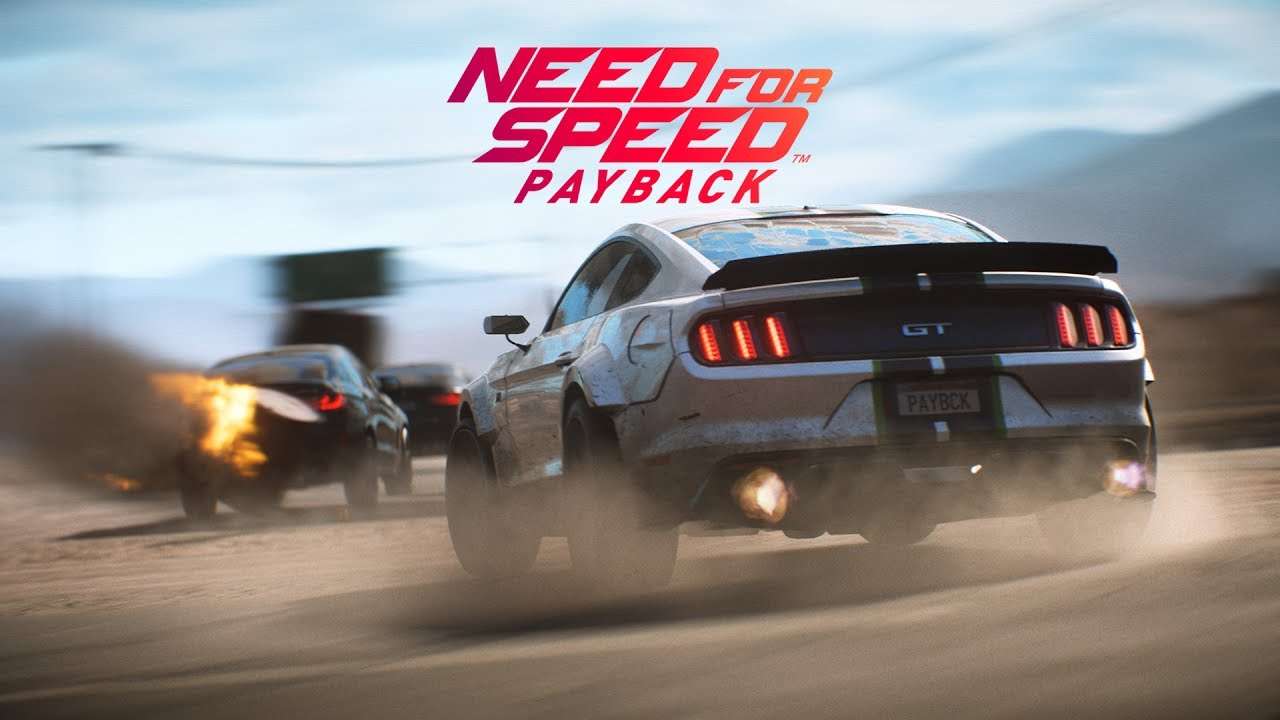 When it comes to the Need for Speed franchise, I must admit, I’ve always been a fan. I enjoyed the arcade racer’s mix of over the top storylines, cheesy FMV cutscenes and varying levels of customisation. And while I was down on the technical aspects of the 2015 iteration, I still thought the customization and racing itself was actually rather fun. Well, two years has passed and we’re back again, this time with a crew of ragtag adrenaline junkies looking for some payback with racing, high jinks, and heists. 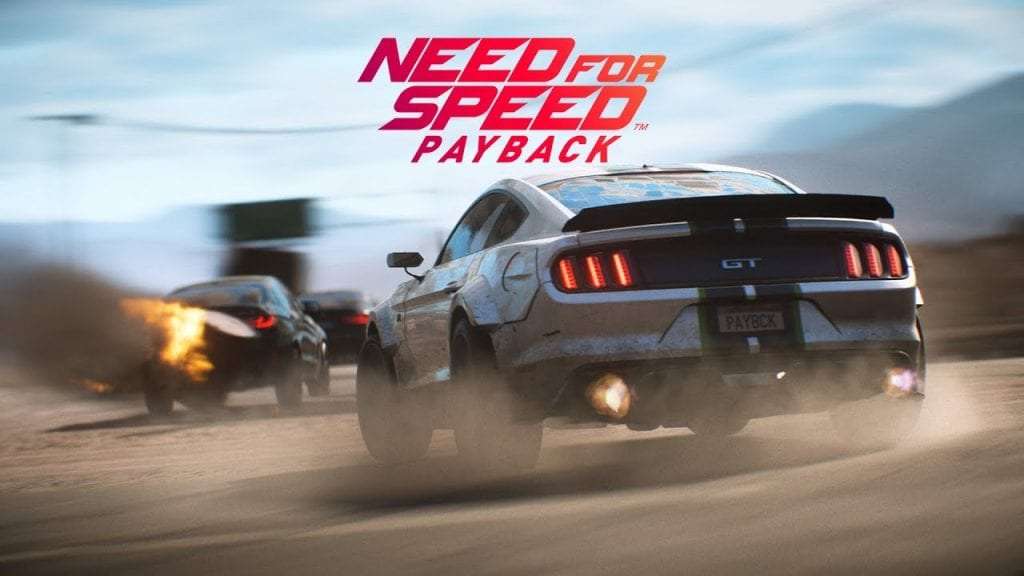 The story is about a crew of wheelmen lead by Tyler Morgan. He and his group were stealing a “hyper” car from a man known as The Gambler. One of their crew betrays them and makes off with the car. Six months later Tyler, now working for The Gambler, has to get his crew back together, get the car back, and while they’re at it, take down the organization behind it all known as The House.

The story is serviceable with some hokey dialog and a few voice actors that sound either bored or read their lines wrong. While I was never bored with the story, I was most certainly done with the “cheeky” banter that was constantly going on throughout. 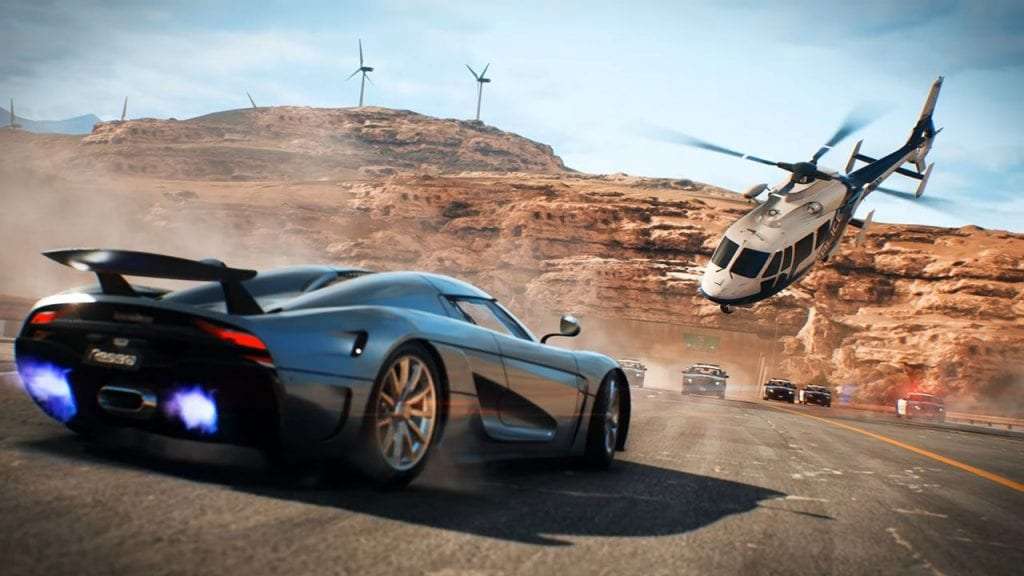 The game itself is an open world racing game where players are tasked with taking on races and missions to progress the story. Along the way, players will discover unlocked areas like gas stations, garages, and tune up shops. There are also numerous activates to do in the open world like speed traps, jumps, and speed trials. All of these add experience to the overall player level. With each level up, players can earn a customization box that has numerous upgrades in them. I’ll get to more of that in a bit. Winning races gives players cash and a speed card, with is the main way to upgrade vehicles in Payback. 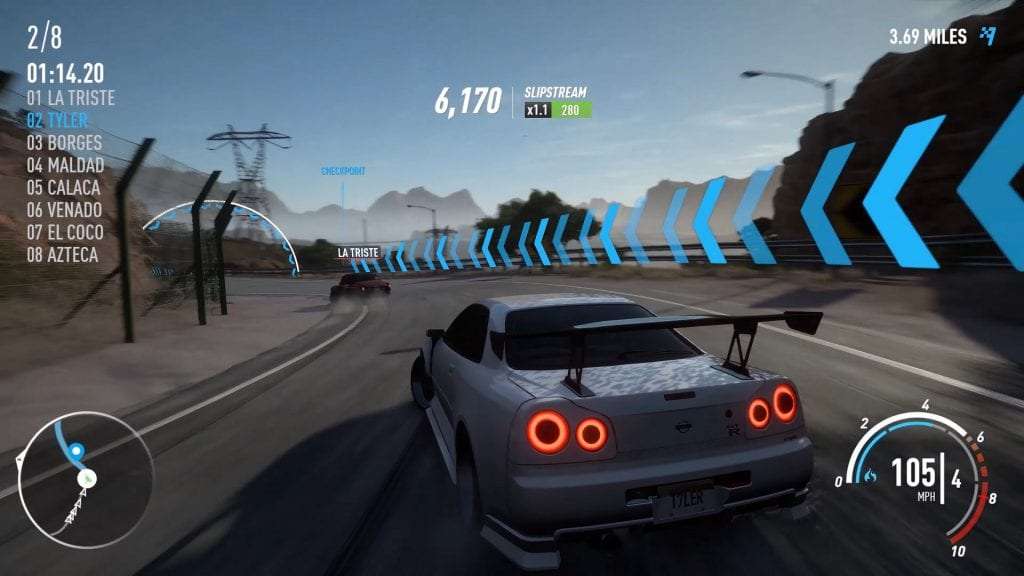 Speed cards represent different parts on a car: exhaust, engine block, turbo, etc. They all have a power rating and a manufacturer. Matching three or more cards with the same manufacturer will give the car a bonus boost in certain areas like acceleration, braking, handling, and others. Obviously, the higher the card rating, the better the performance, this also means the rarer the card. The better the cards equipped on a vehicle, the higher the vehicle’s level rating will be. Let’s talk about that for a second.

A car’s level rating is basically an overall summary of how well the car can perform. It is also the best way to judge if a player’s car is good enough to take on a certain race. Each race has a recommended rating level. For the most part, I had to go by that because with the exception of a few races here and there, if I was say, level 160 taking on a level 180 race, I was not going to win it.

So, what can I do to level up my car’s rating? Get more cards, of course. How can I get more cards? Well, there’s a few ways to do that. The first would be to buy cards at tune up shops. Another way to get cards is to replay the races I had already completed to grind for cards. You see, even if I won the same race five times, I’m not guaranteed a good card. 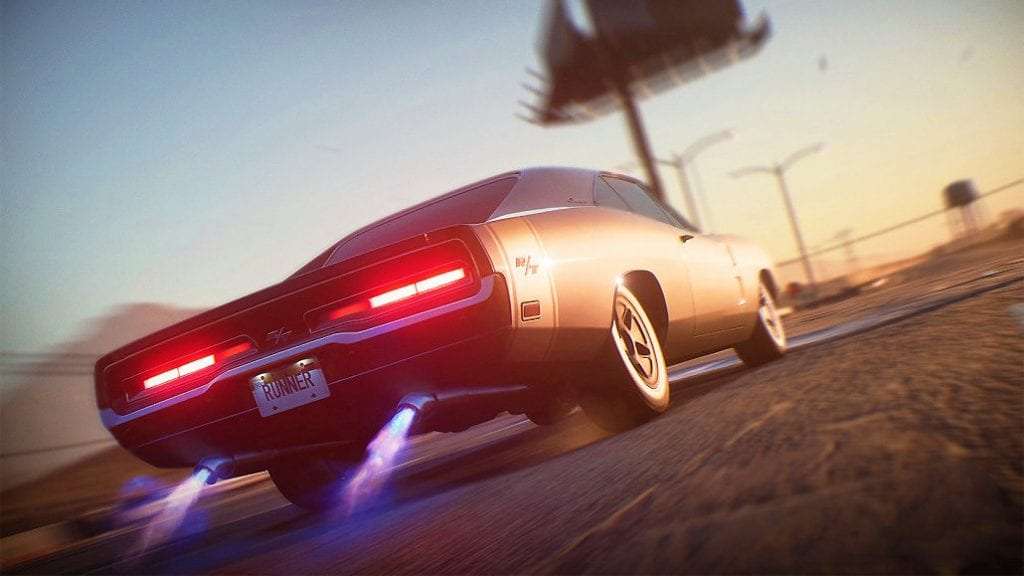 The story missions are where some of the more fun parts of the game come into play. The heists especially are fun when changing perspectives and characters while the action is going on. The unfortunate thing here is that when the action is ramping up, it seems like it always goes to a cutscene rather than having me play it. It took me out of it a bit when this happened, and it happened every heist.

One thing that has always been great in the Need for Speed franchise is the car customization. Granted, many of the upgrades and special cosmetic stuff is locked behind objectives, but the sheer amount of colors, different types of body parts, decals, and other looks is vast and varied. No two cars will look the same with this amount of customization.
The driving and racing itself is actually very good. The handling and drifting is fluid and fun, and the actual racing is very well done. There is a great racing game mixed in here after all.

There is an online mode to Payback where players can compete with others in both ranked and non-ranked matches using car loadouts. I jumped into this mode and experienced some relatively heavy lag on initial start up, but it smoothed out after a few minutes. It’s there for anyone who wants to check it out, but I feel like Payback is still way more of a single player experience. 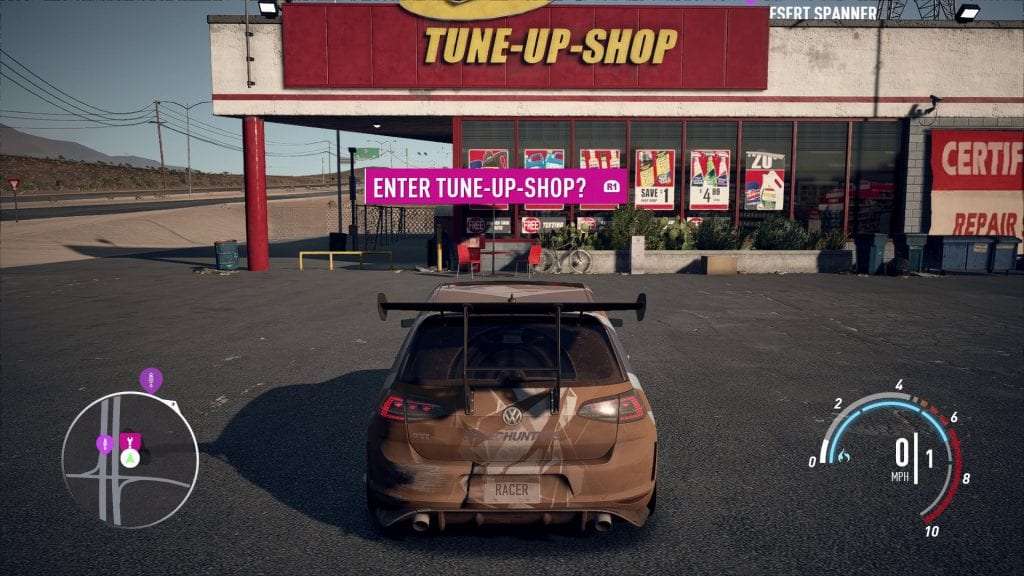 Need for Speed Payback is a victim of both progression issues and design choice. The driving and actual gameplay is still fun and well done. There’s actually a very good open world racing game in here, it’s just bogged down by level progression and needless grinding that is only there to extend the gameplay time. I enjoyed some aspects of Payback, but ultimately, I found myself overburdened with grinding and chasing after those elusive rarer cards. 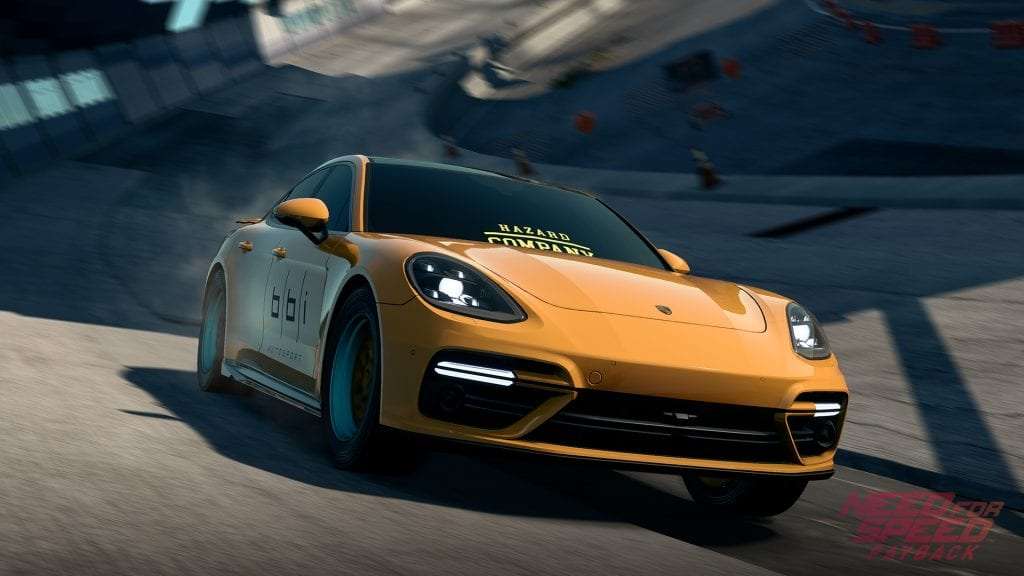