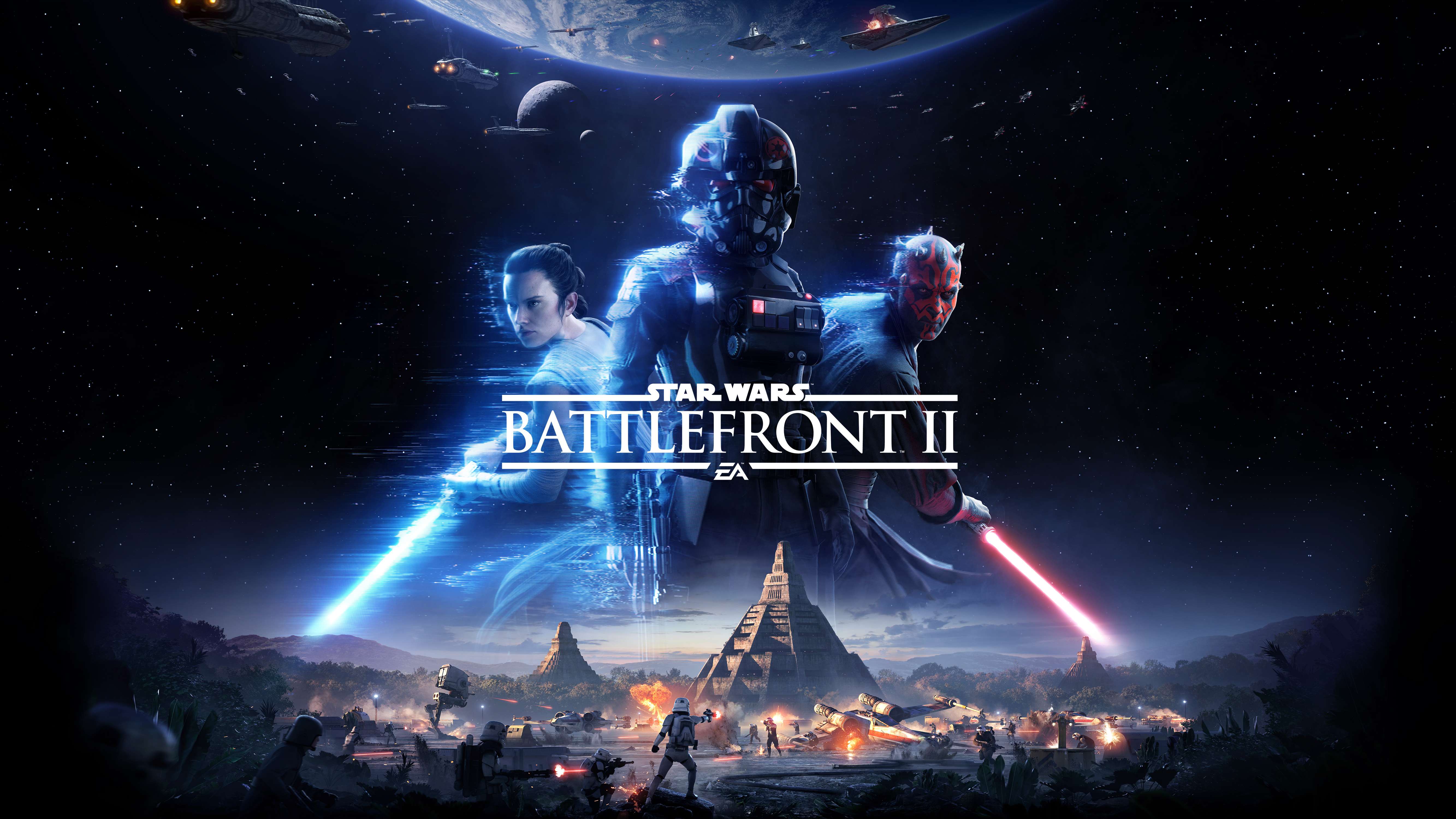 Star Wars Battlefront II – Did EA’s sequel learn from its predecessor’s mistakes or is it doomed to repeat it? Find out in our review.

Star Wars Battlefront II starts out promisingly, fixing one of the first game’s biggest flaws. This time, we have a single player mode where you play as one of the Empire’s elite squads to wipe out the resistance. While the setting might be quite similar, it’s refreshing to see a Star Wars story from the other side. While trying to not spoil anything about the story, Iden (our character in the story) is a highlight in FPS story telling. 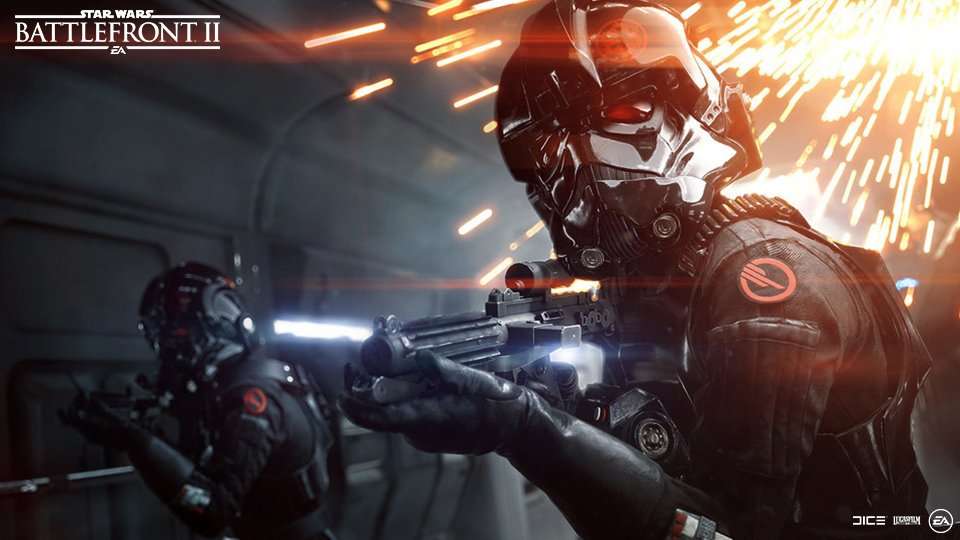 First of all, a female lead in a FPS game, thank you EA! Second of all, as you play as part of the empire, there’s a sense of conflict in you as you play as someone high up in the Empire. It’s nice to see that reflected in the story it tells and even in the bits where you don’t play as Iden. Between this and Titanfall 2, EA are telling some brilliant stories in what would otherwise be side-dishes to a multiplayer course. Battlefront II is worth picking up for the single player alone, but that’s probably not what you came for.

Multiplayer! Well, if you haven’t read online, let me give you a quick overview. EA have essentially rolled back some of their decisions about micro-transactions in the game. Making it less ‘pay to win’ and more play to win. This was in the place of DLC for more map packs, etc. I don’t think EA went far enough.

When you first start the multiplayer mode, you’re introduced to loot crates which will be your primary route to unlocking abilities, weapons, attachments and more. Each base level box costs about 4,000 credits (about an hour’s worth of match time will net you that). Each create contains between 3 and 5 unlocks of varying levels of rarity and usefulness. The issue becomes, there is little reward to actually playing the game. Moving up levels nets fewer rewards than loot boxes and weapons take a lot of kills to unlock. Matchmaking is so unbalanced that you’ll spend the first few hours getting kill assists if you’re lucky because your opponents have more health and higher damage weapons because they had enough credits to buy enough loot boxes. 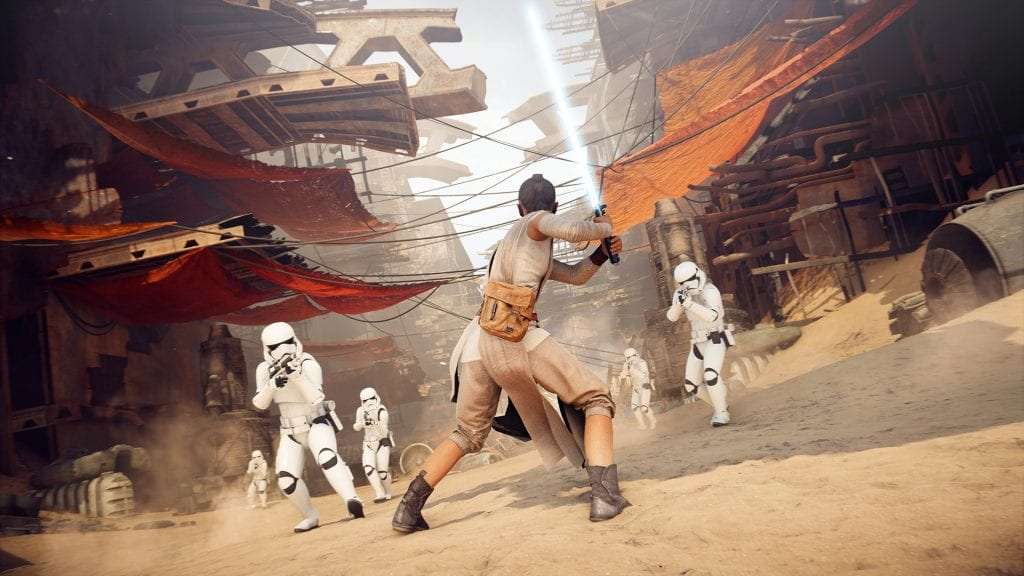 That gets to the crux of the issue of this game for me. It’s unfair. Every match feels unbalanced as a result of the progression and monetisation structures EA put in place in a full price game. The abilities unlocked via loot-crates are too good, it takes hours to unlock a gun, EA really needs to go back to the drawing board here. It’s a shame because there’s a sense of atmosphere that the game nails, the graphics are the best I’ve ever seen in a FPS and the space battles (made by the same team that developed the Burnout series no less) are a ton of fun. You actually feel like you’re part of the world, EA’s monetisation here has nearly ruined that feeling.

In my opinion, paying for extra skins, emotes, essentially non-gameplay modifying elements is totally cool. If you want to run around the map in a pair of chrome dungarees while doing the Macarena then more power to you! Paying for map packs? If the price is right. Paying to win is a different matter. If it’s a free-to-play game, then I understand that it’s necessary but if you’re paying €74.99 for this and then needing to throw in another €10-30 in loot crates to make the first 10-20 hours of multiplayer fun then tell people up front. Overwatch nailed this and there’s a reason it’s sold so well. If I could buy a Star Wars themed version of Overwatch, I’d pay for that in a heartbeat. If EA balances the multiplayer again, then this game is worth a look at (or if it comes to EA access). 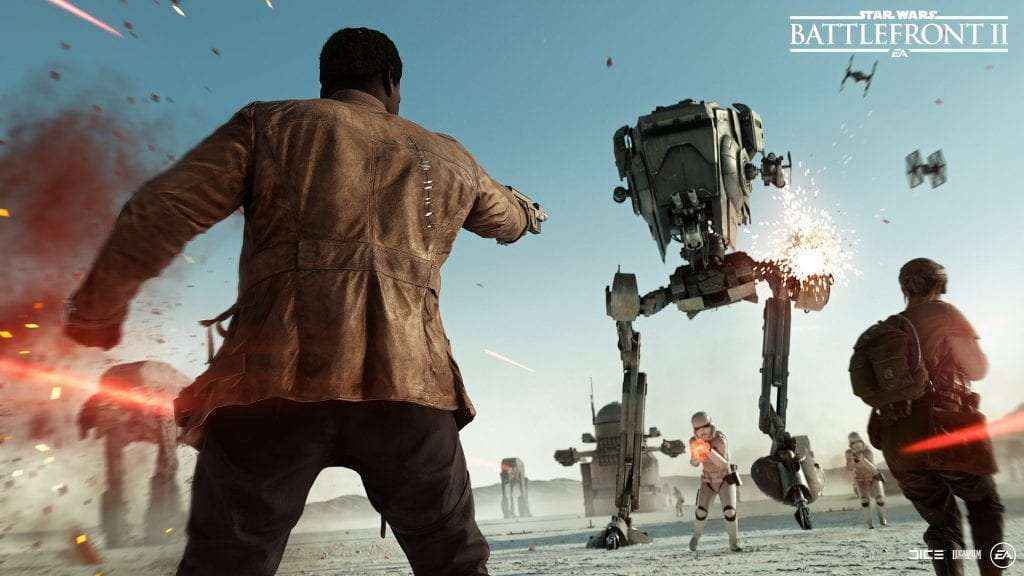 So, I’m torn on whether I can recommend the game at €74.99, even though you can find it much cheaper now. The single player is worth checking out but EA managed to make the multiplayer pretty laborious through it’s monetisation. If you can find it on the cheap (or on EA Access) then it’s worth picking it up. Until then, be prepared to pay a bit more too fully enjoy all that Star Wars Battlefront II has to offer.