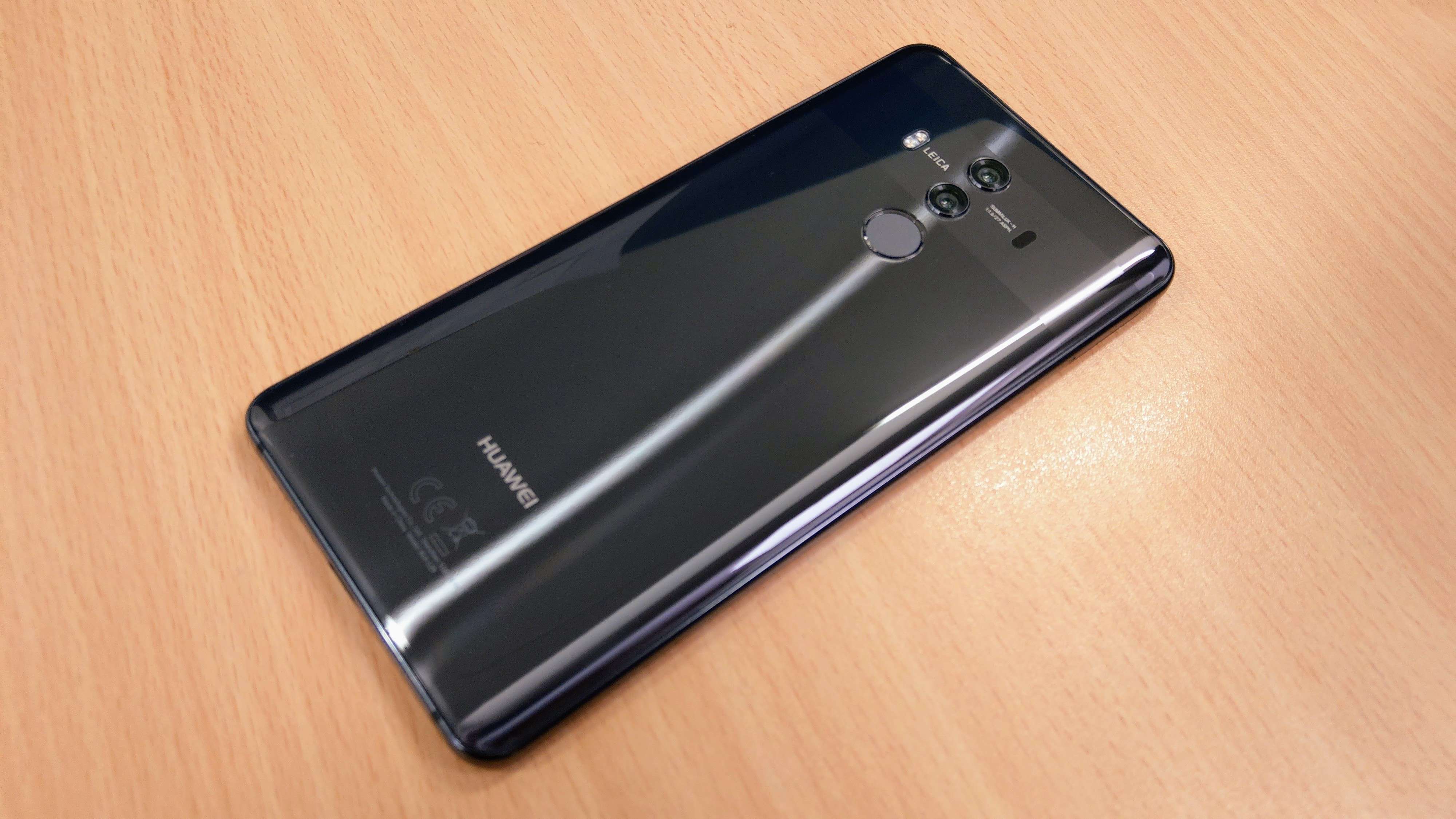 Artificial Intelligence or AI is fast becoming the hot topic for 2018 and beyond. Consumer products are increasingly taking advantage of this capability. The Huawei Mate 10 Pro is one of the first new mobile phones with built-in AI Processing capability, and it shows in its performance.

We put Huawei’s latest flagship phone through its paces to see how it stacks up in today’s uber-competitive smartphone market. 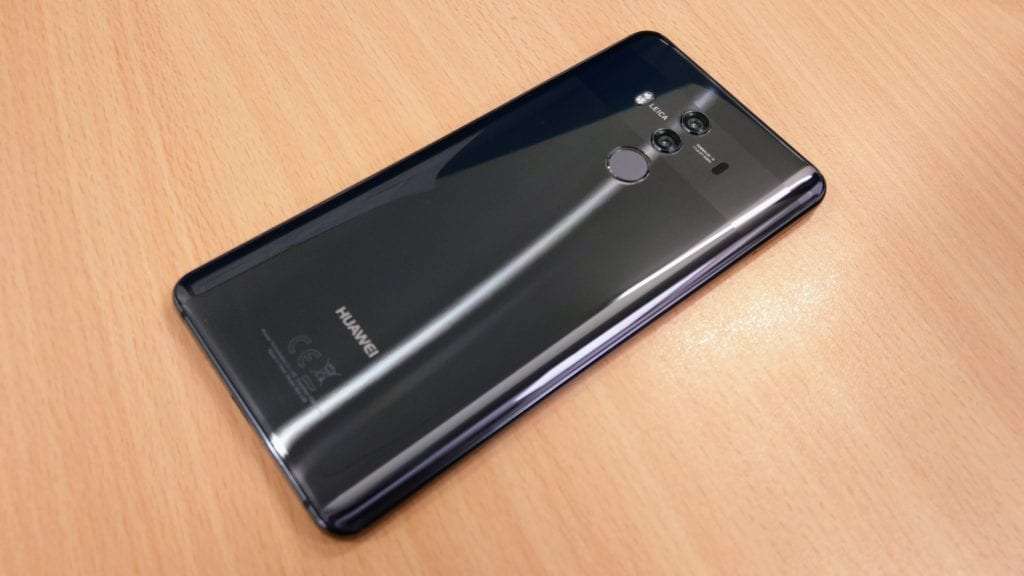 The Huawei Mate 10 Pro is large, in charge, and a solid piece of kit.

The Huawei Mate 10 Pro ticks all the high-end smartphone boxes. The Mate 10 Pro offers a 6” HD 18:9 AMOLED screen, 20 MP Leica camera, 6GB Ram and 128GB of storage. A Kirin 970 Processor complete with an ‘NPU’ or Neural Processing Unit, the smart AI chip inside and a top-quality build round out this flagship from Huawei.

The numbers above tell only a fraction of the story. Save to say the Huawei Mate 10 Pro is no slouch. The Kirin 970 Processor, made by Huawei, is one of the fastest most capable chips on the planet right now. The Kirin 970 is one of the first new Processor chips that are faster than most desktop processors of a year or two ago and can hold its own again any current processor. A highly advanced video processing subsystem makes this a killer chip for mobile gaming. 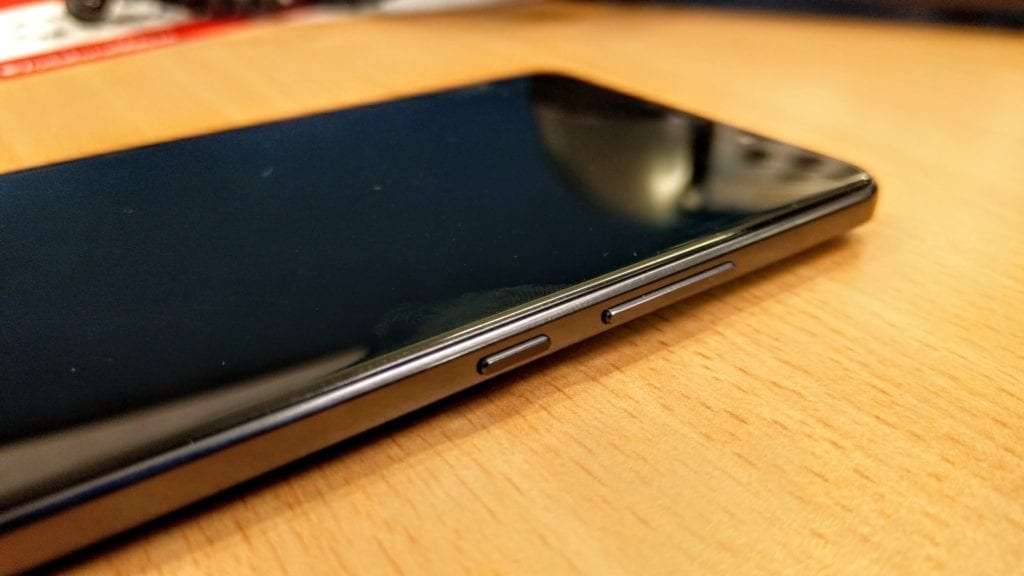 The capabilities do not just end there, Huawei has added another unique feature, and that is the NPU (neural Processing unit). The NPU is an additional processor using AI functionality to allow far more advanced Processing than anything else out there, save the new Apple A11 Bionic chip in the iPhone 8 and X.

The NPU, in short, adds massive AI style Processing to the device with little or no negatives. The NPU allows on-device translation of languages; no connection needed, object recognition via the camera and other picture recognition, sorting, and identification powers that simply were not possible before.

The power of the NPU has only just begun to be exploited. I expect many more uses as the technology matures. The impact right now is that the Huawei Mate 10 Pro is one of the fastest and smoothest devices I have played with to date. Picture search is instant, and overall it makes all other Android-based phones feel a little sluggish.

Corning Gorilla Glass 5 protects the front and back of the Huawei Mate 10 Pro with a solid aluminium frame holding it all together.

This is, without doubt, the best made Huawei to date, and it feels every inch of its premium status. The use of the included case or any other case is highly recommended as the glass front, and back can make the handset feel slippery. 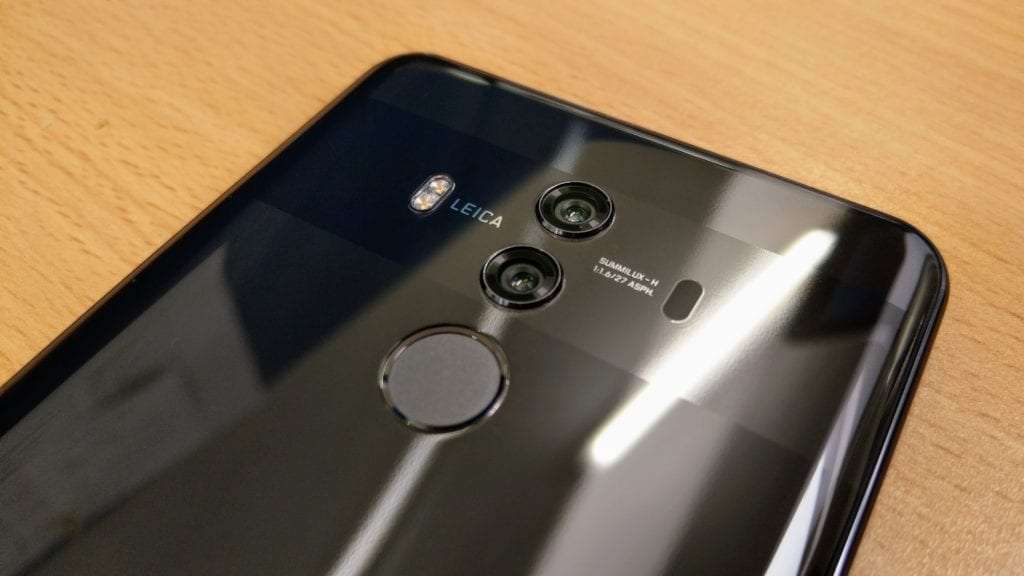 The screen is an edge to edge 18.9 6” unit which is fast becoming the norm in high-end phones. The screen itself is sharp clear and very bright with tiny bezels top and bottom. The fingerprint reader is well placed in the centre on the rear just below the camera. 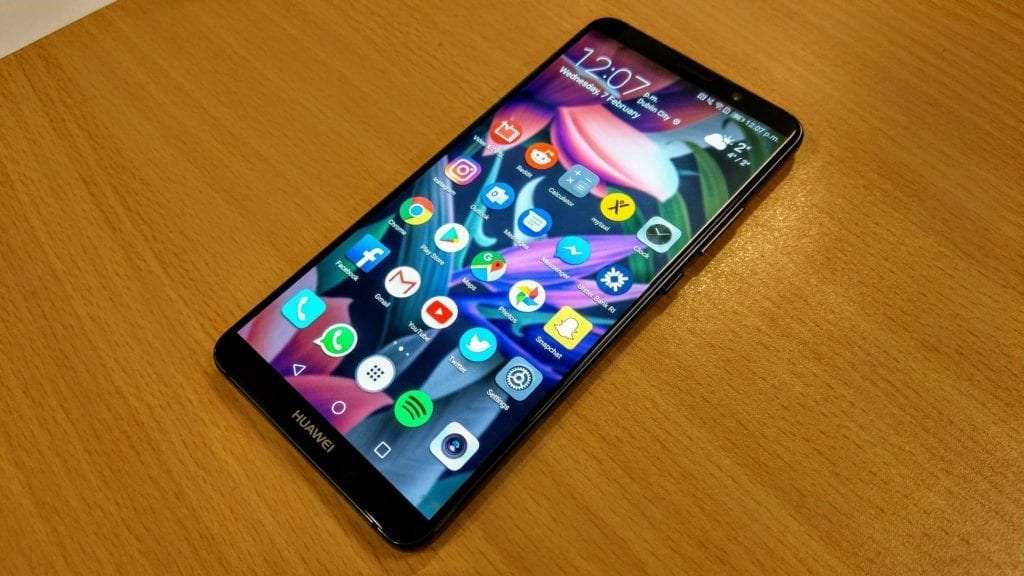 The cameras are also key to the Huawei Mate 10 Pro’s credentials. Once again Huawei has a worked with Leica to offer one of the best cameras on the market. A 12MP and 20 MP camera are on the back with stabilisation on the main 12MP camera. These cameras offer an F stop of 1.6 which simply means excellent low light ability. The front camera is an 8MP wide angle camera offering sharp, clear selfies. 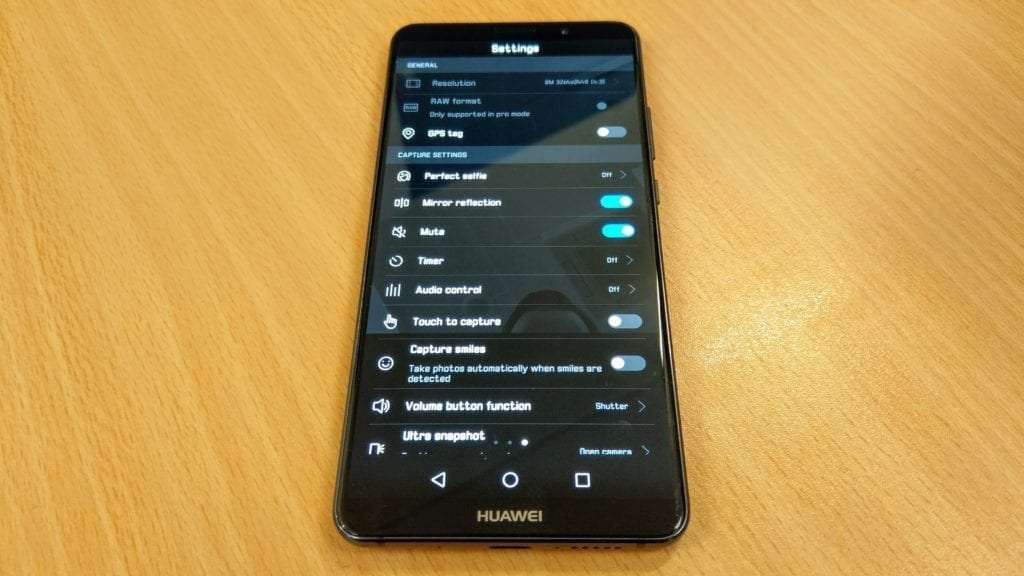 The Huawei Mate 10 cameras offer Phase detection focusing and include an additional laser autofocus. Simply put these are some of the finest cameras I have used on a smartphone. Add in the AI recognition algorithms which automatically optimise the pictures for the detected mode and you’ve got an extremely impressive shooter in your hands. I have not yet fooled the cameras and their AI assistant, and the results are excellent with sharp clear and beautifully exposed pictures 99% of the time, no matter the lighting or conditions. 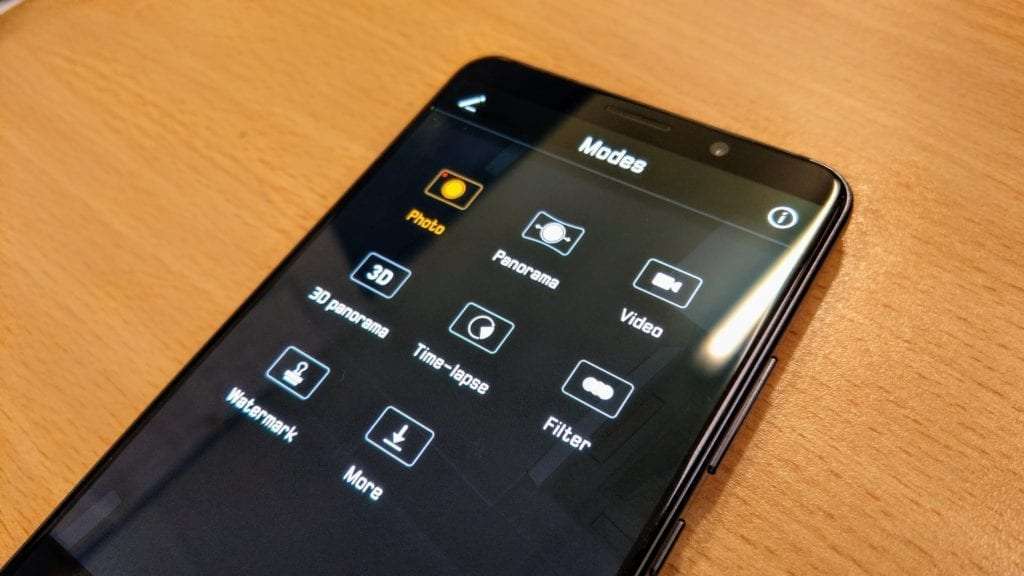 The different camera modes available in the Camera App

Below are a selection of shots I captured with the Huawei Mate 10 Pro: 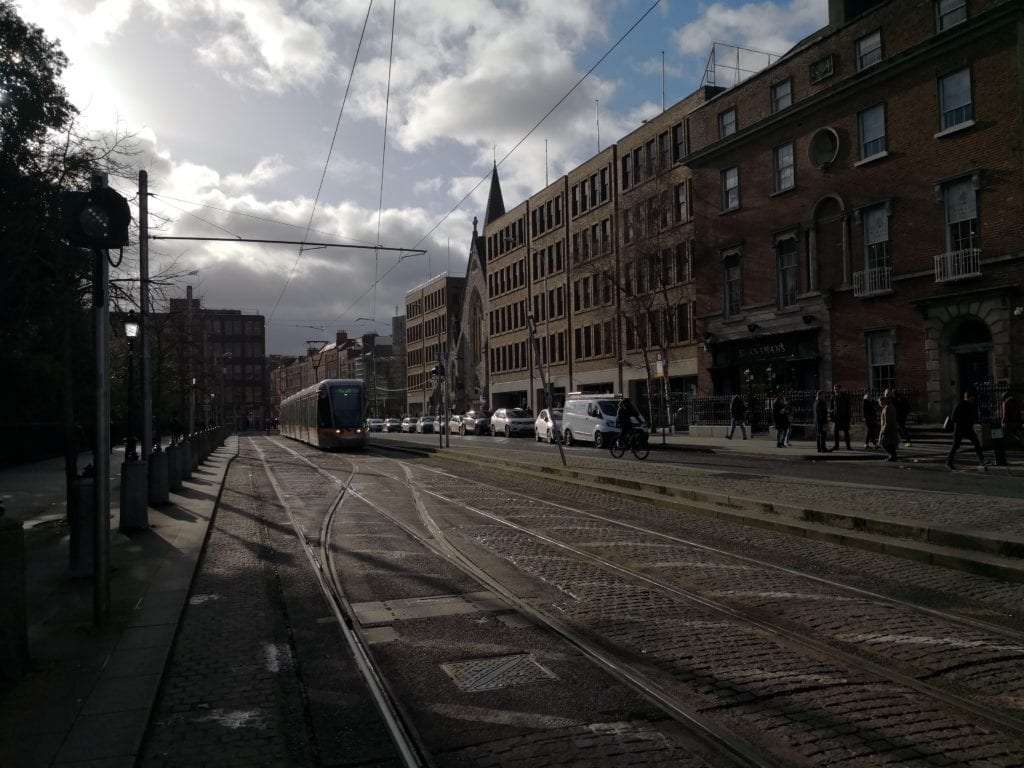 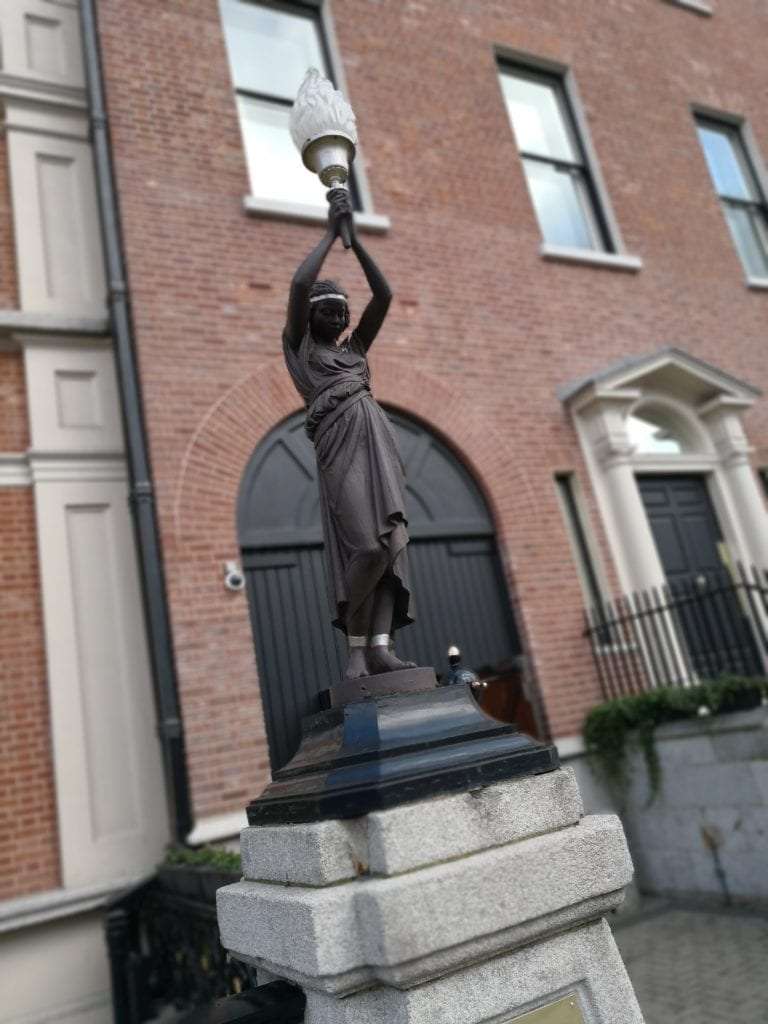 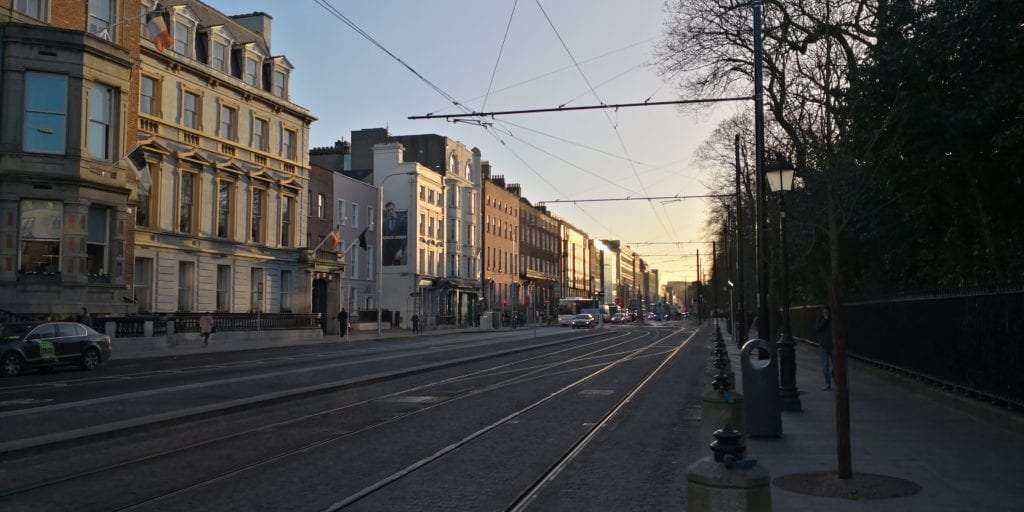 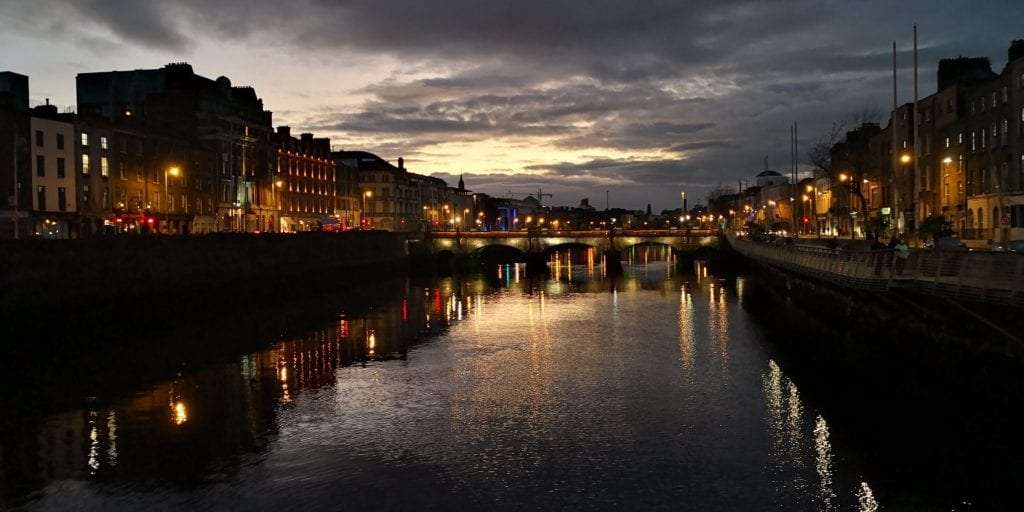 The Huawei Mate 10 Pro also offers one of the largest batteries around; A 4000 mAh battery easily gave me a full day of use. The Kirin 970 chip with its AI subsystem also plays its part in making sure the phone is running optimally and uses the least amount of power for a given task.

The Huawei Mate 10 Pro is also water-resistant to IP 68 specs. The only feature lacking is wireless charging, thought the built-in charging system would give you 58% charge in 30 minutes.

The Huawei Mate 10 Pro has the latest version of Android 8 and Huawei have committed to monthly updates. 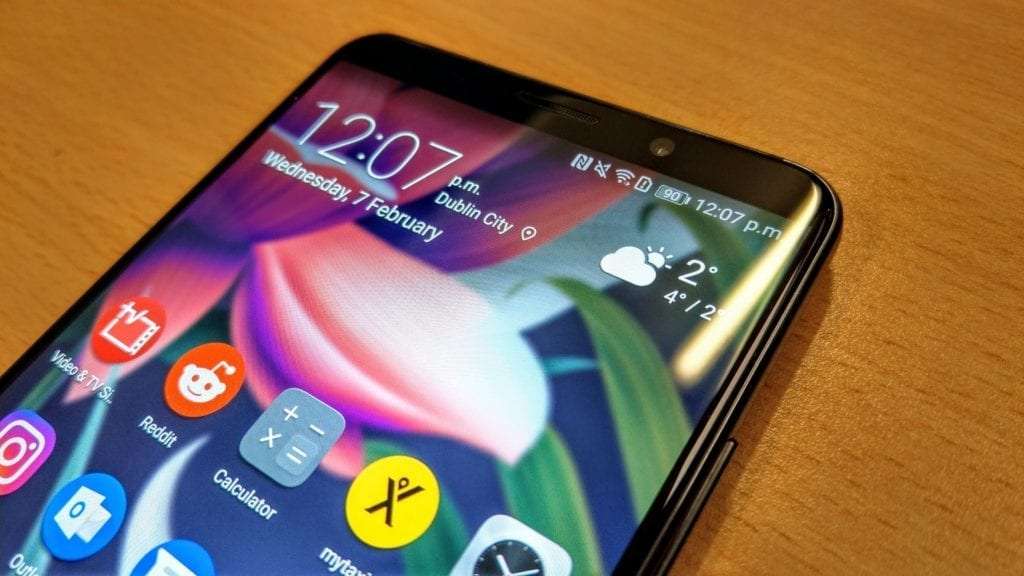 The Camera app along with the AI-enhanced modes is excellent and simple. Taking pictures is fast and going to manual mode for Pro photographs is easy.

All the other apps are standard Android fare with tweaks to make it Mate 10 Pro specific. Huawei offers hundreds of downloadable themes and pictures to customise your experience.

The universe of high-end mobile devices has never been better. Samsung rewrote the mobile landscape with the Galaxy S8 series, which remain some of the best built and most attractive devices around.

The camera setup is also outstanding and one of the best options around. The AI NPU enabled features are clever and offer a glimpse into the future of really smart devices. This handset offers a huge sharp screen in a slim easy to use body along with a balance of technology and features that are hard to beat.

Overall this is an exceptional phone and must be on your shortlist. If you are in the market for top end phablet-style device, then the Huawei Mate 10 Pro is the one to consider.

Below are some of the key specs from the device we tested:

The Huawei Mate 10 Pro is available exclusively on Vodafone Ireland.