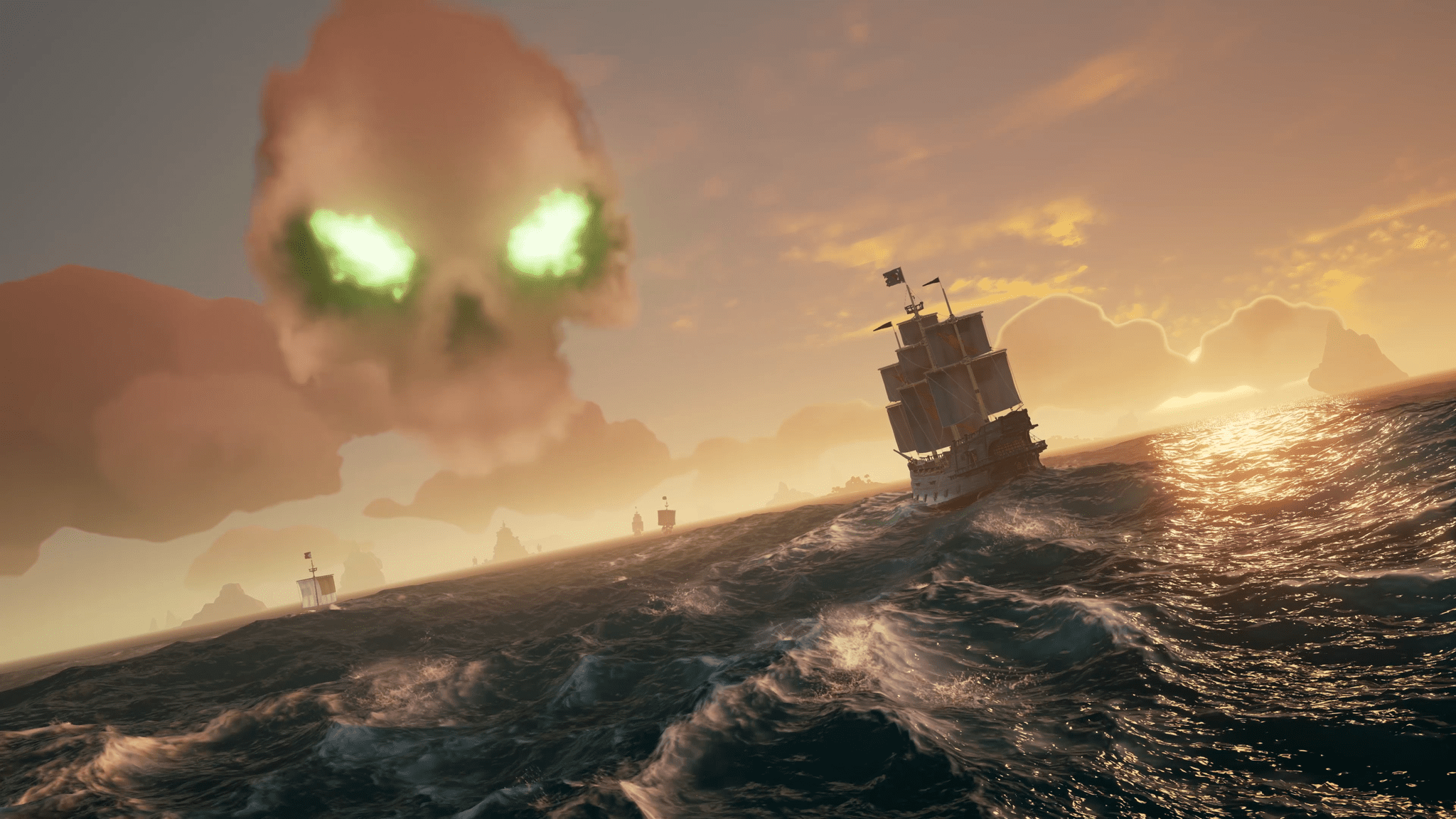 Sea of Thieves is a unique type of multiplayer game, one that’s been built on the basis of community engagement. This very foundation not only provides a decent experience, but one that encourages social activity. On that score, Sea of Thieves is great. Whether or not this game will hold up just as well in a few months time, will solely depend on how Rare expand the game and react to its feedback. 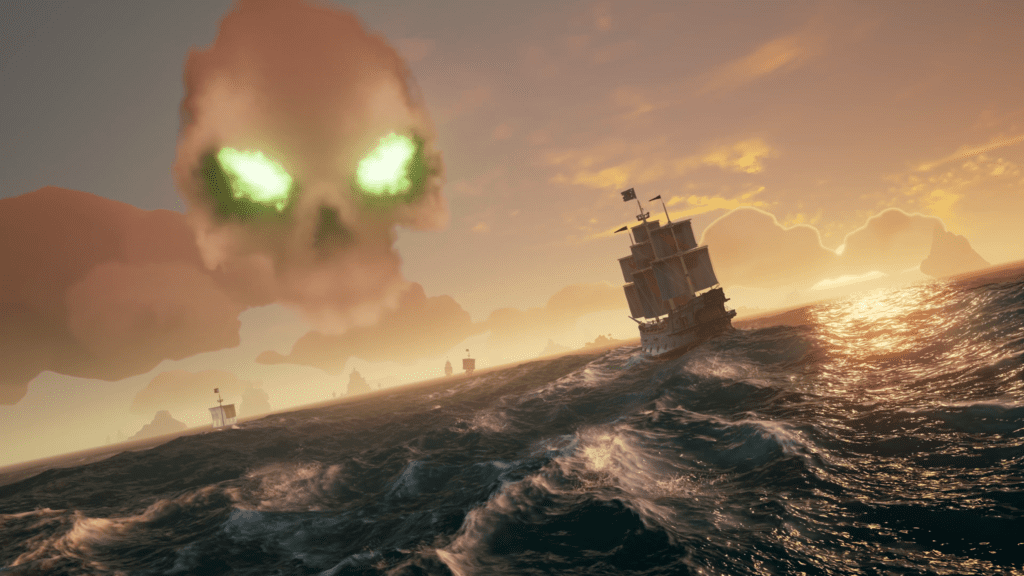 My first hour with the game, once I could get by the server issues, was very bittersweet. I died more times than I cared to count, mostly due to being outnumbered by enemies or other players. It didn’t matter what I was doing; voyages, forts, decoding messages hidden in bottles, or even casually exploring, I constantly found myself on the wrong end of the ratio. Still, I was having an absolute blast for the most part. This game is fun, often hilarious, and undeniably wild, but its structure would have benefited from some refinement. 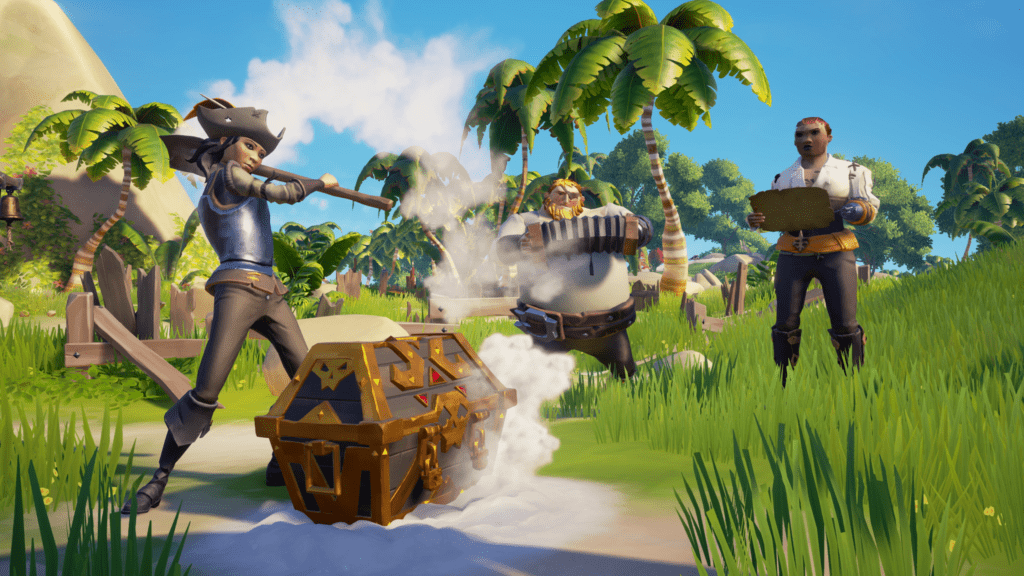 Starting out the game, you’re given the choice to select from a wide range of different pirates. If you’re unhappy with what’s on offer, you can refresh the selection to bring in some new pirates to choose from. Once you’ve chosen your pirate, you’re then given the option to dive into the game via a crew or as a solo player, and off you go. There’s no story present in place of carving out your own legendary status, meaning that despite the hidden lore, you’ll be the maker of your own plot. This omission may well turn away those that seek more than simply living the life of a pirate, but on the social front, there’s so much potential within. 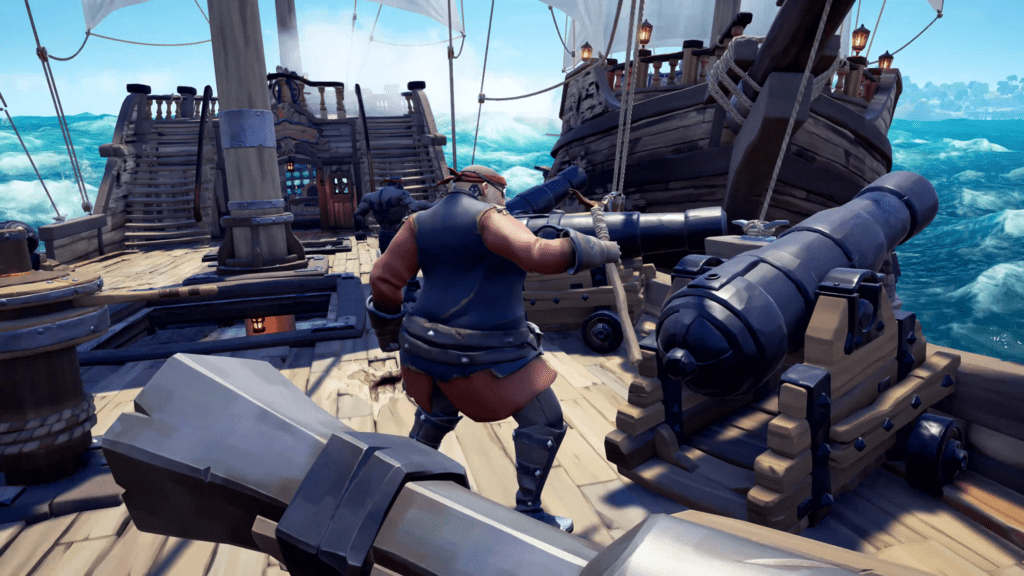 The graphics are nothing short of stunning, in fact the water effects are probably the best ever seen in a game. The absence of a story and any substantial levelling up of your character, weapons or ship other than cosmetically is a slight disappointment and worries me about the future playability of the game once the initial buzz wears off. 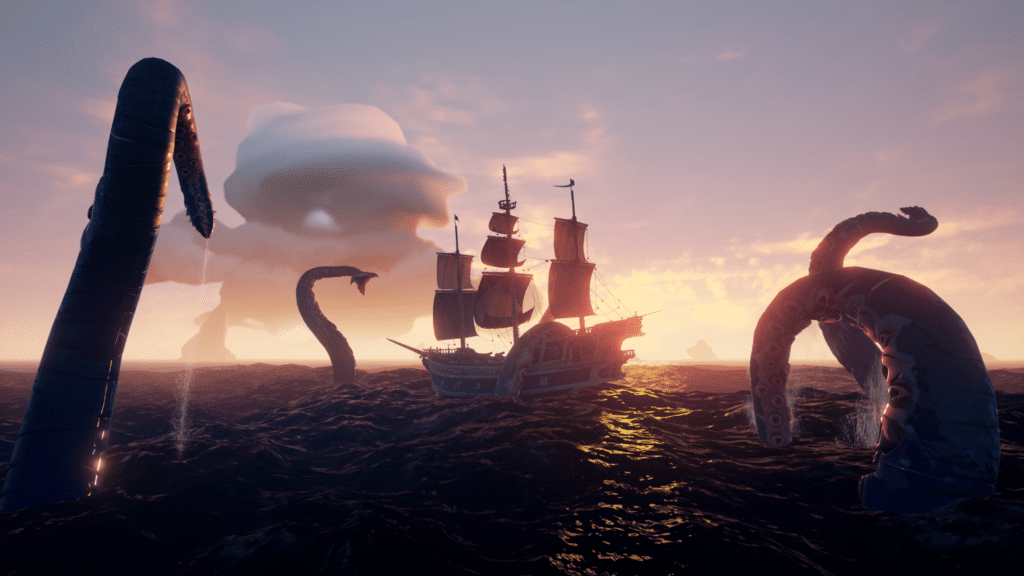 On the other hand, being a new player or a casual gamer you may find that this is appealing as you are always on a fairly level playing field with the opposition. The game relies instead on powerful moments, like when you ram another ship and run up the bowsprit on to their vessel and exchange blows in an epic sword fight.

Communication is key to winning as you play, you’ll need to use the in game chat to get the full experience as when they are in proximity you can hear opposition pirates and chat to them, it may get you out of an unwinnable fight, or it might at the very least let you express your feelings about said fight. 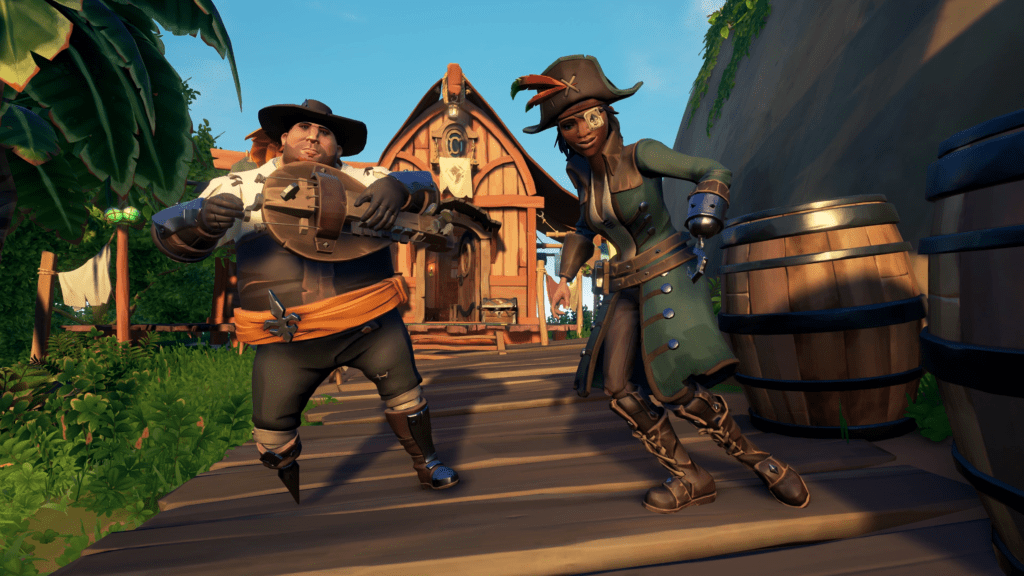 The fact that this title is cross platform, meaning you can play against players on both the Xbox and PC versions of the game, is a really big deal and it’s so good that games are going in that direction.

If you have played games like Destiny you would know all about “The Raid” and Sea of Thieves has their own version of this where you can earn heaps of loot. The developers have always said that this is the base game and they expect the game to grow beyond this initial release so if they live up to that idea I think Sea of Thieves will be great. 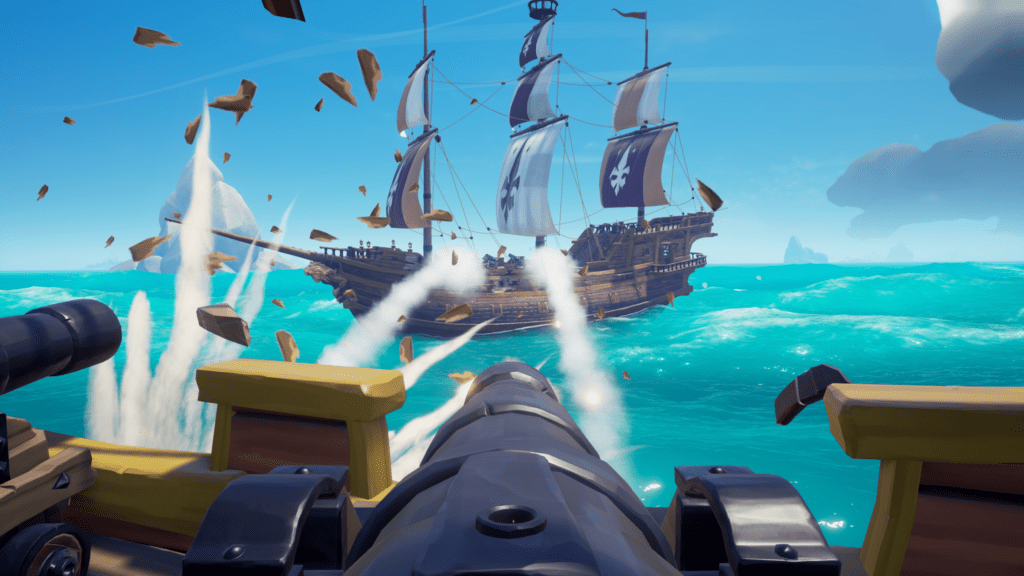 This game has a great deal of potential, Rare, now more than ever, simply needs to chase it. The game in its current state is a game of customization and stature, and if that’s enough for you, you’ve a lot to look forward to.

Sea of Thieves offers a stunning world for players to explore and uncover its secrets. It’s fun, often hilarious, and unique. Though, the lack of meaningful structure and its simplistic gameplay really does hurt the experience. The game needs to offer more than cosmetic stature and acquisition if it wants a lengthy lifespan. Still, this is one of the few exclusives that Microsoft can, and should, be proud of. 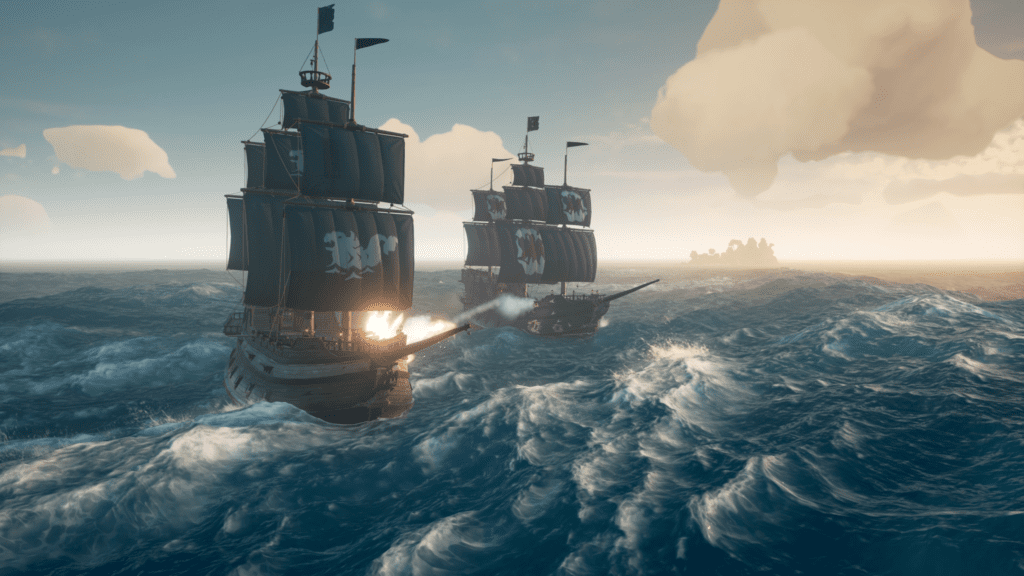