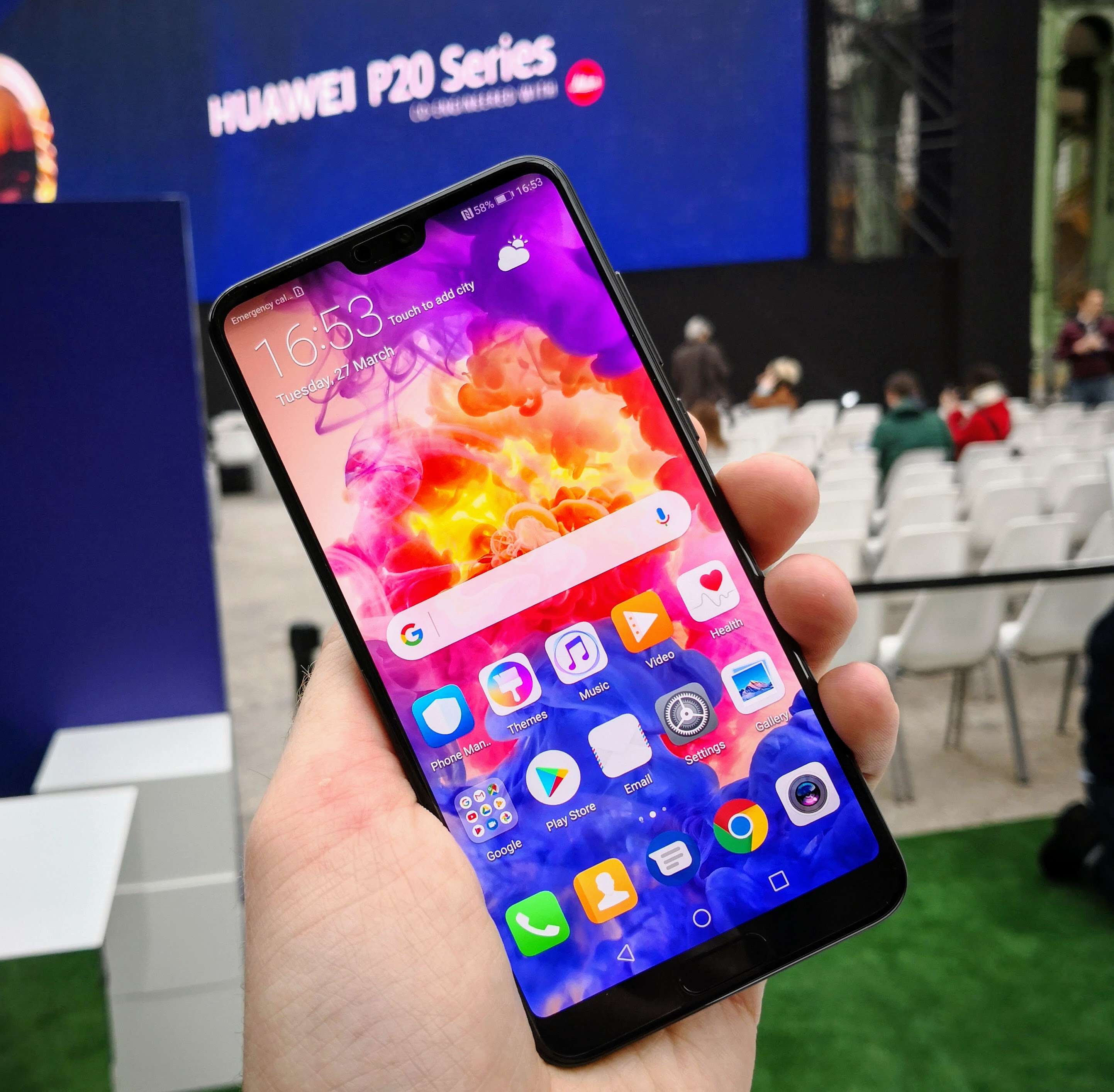 At an official launch event today at the Grand Palais in Paris (in which TheEffect.Net was in attendance) Huawei finally took the wraps of their latest flagship phones. With 3 handsets announced in total, Huawei had quite a bit to get through but we’ve come away extremely impressed by what was unveiled. Below is a breakdown of the key specs and features of each of the new handsets. 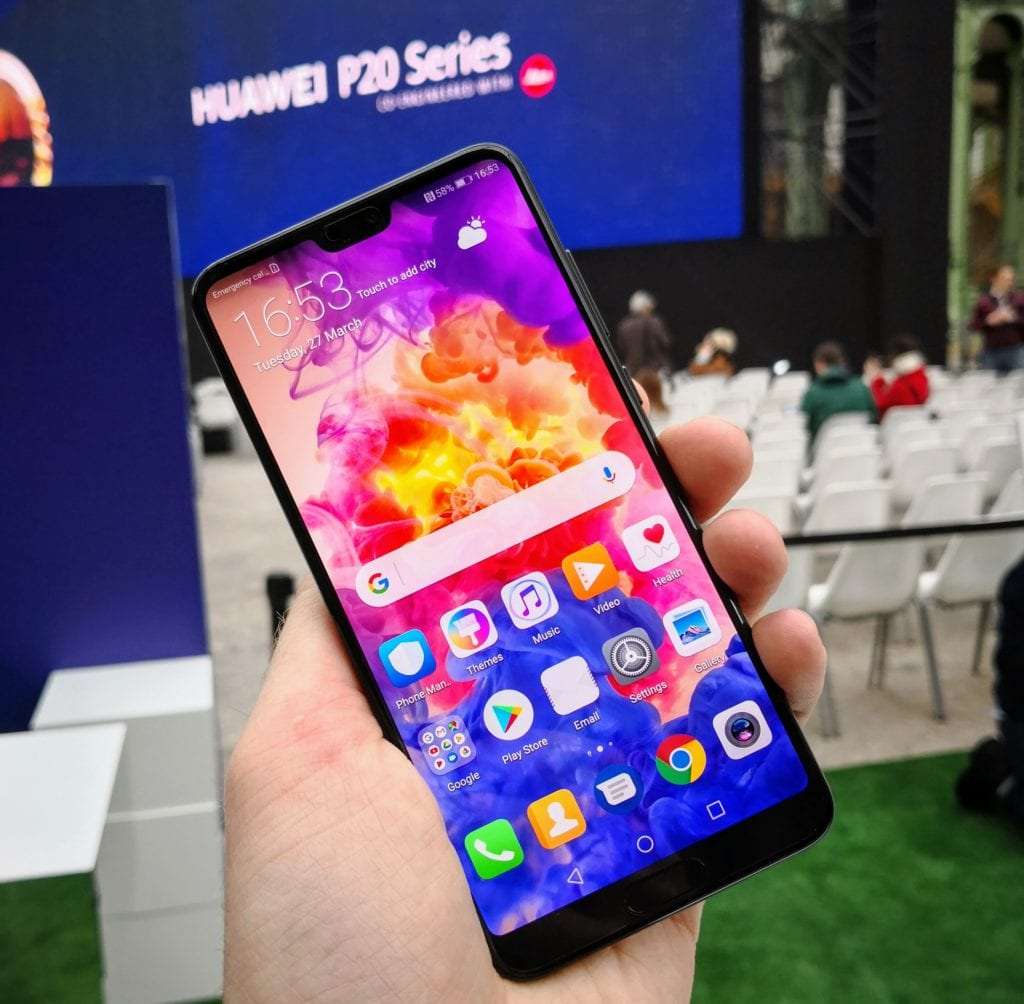 Seen as Huawei’s direct competitor(s) to Apple’s, Samsung’s and all the other leading manufacturers’ flagships, Huawei unveiled the Huawei P20 and P20 Pro. Both packing impressive specs and features, the inclusion of a third and extremely large 40MP sensor on the back of the P20 Pro is what sets this particular handset apart from pretty much all other smartphones on the market right now. Before we get into it though, below is a breakdown of the key specs of both devices:

Starting with the P20, this can be seen as quite an impressive evolution over last year’s P10 (the jump from 10 to 20 and not 10 to 11 is said to highlight how much improvement has been made this year’s device over last year’s one.) Packing all of the specs listed above in an even sleeker form factor, the P20 is up their with the Galaxy S9 and iPhone 8 in terms of looks and processing power. 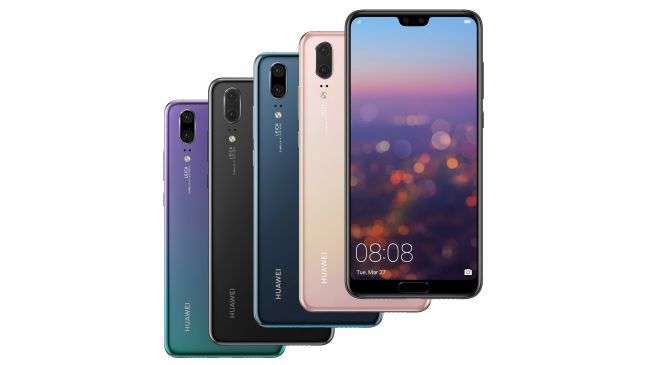 The camera has also been upgraded to match what we’ve seen on last year’s Mate 10 Pro with incredible low light capabilities and even the new hot thing, super slow motion video capture with the camera able to capture at 960fps albeit at 720p and not full HD.

Moving on to the P20 Pro and this is where things get really interested. This new device packs not 2, not 3 but 4 cameras in total with 3 of them situated on the back of the device. 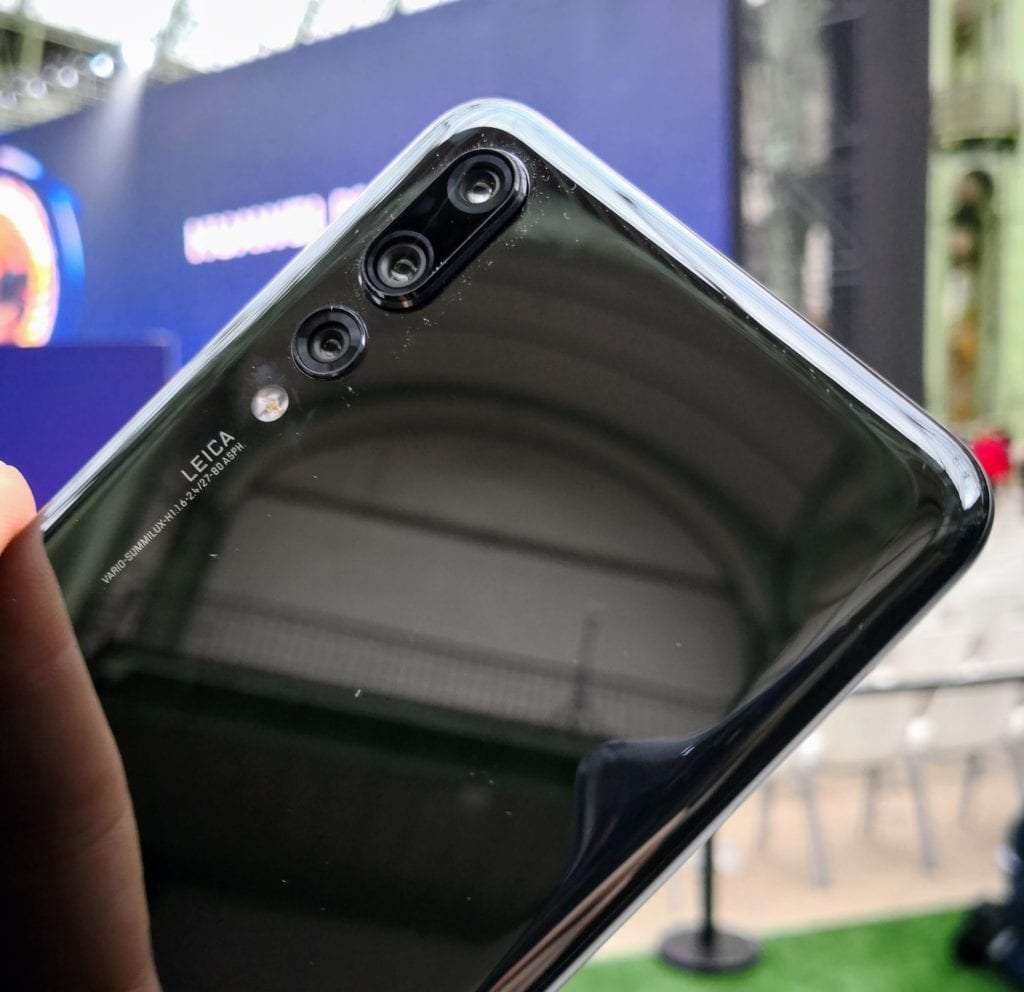 There’s a 40-megapixel RGB camera and 20-megapixel monochrome camera, that both work together, just like the dual-camera set up did on the Huawei P10 – to deliver images of greater dynamic range with lower noise than would otherwise be possible with a single camera. The third camera – an 8-megapixel 3x telephoto lens  – adds optical zoom for when you’re capturing objects or individuals off in the distance.

There are software improvements to the camera as well, including “AI” image stabilisation, which stabilises shots for up to four seconds during long exposures. 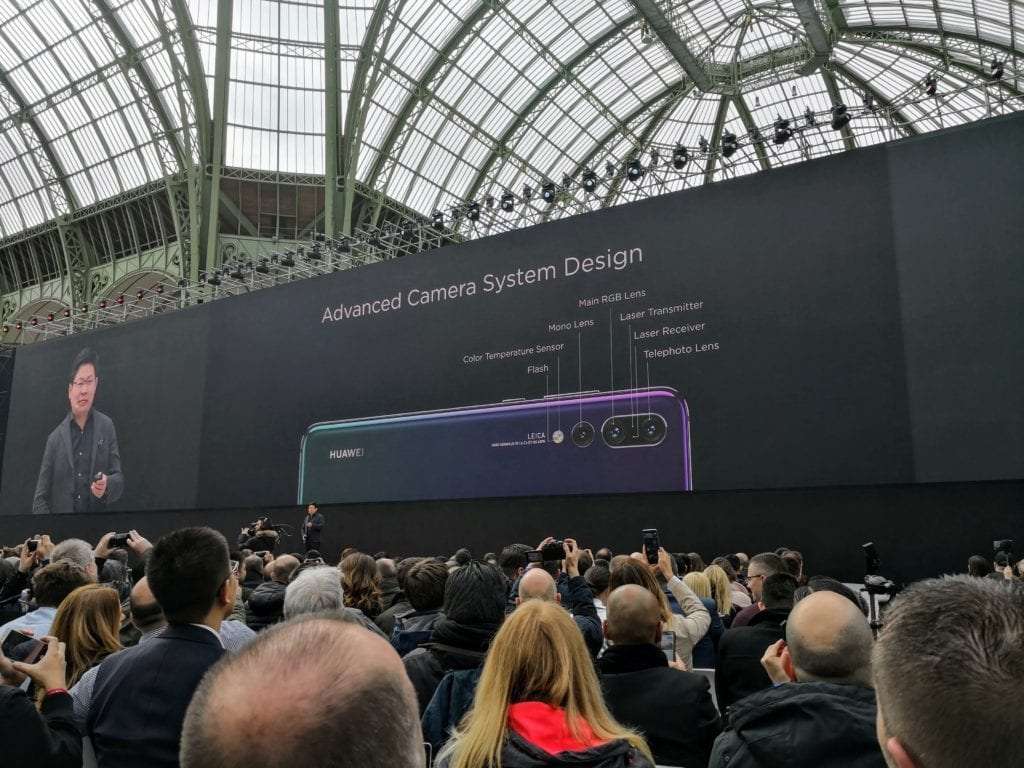 Both handsets also have a ridiculously large 24MP front facing ‘selfie’ camera with all the bells and whistles you’d expect from a flagship phone including options to capture your own professional-looking images with bokeh effect and light manipulation, even after the image is taken.

Due to these quite impressive camera upgrades, both phones have also jumped to the top of DxO Mark’s scoring charts for smartphone cameras with the P20 scoring 102 and the P20 Pro scoring an incredible 109. You can read more about how they achieved these scores here. 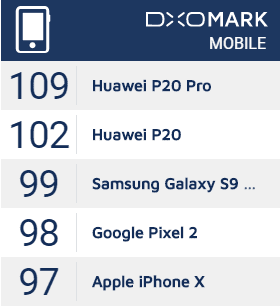 Below is a breakdown of the colour options available for both devices also. 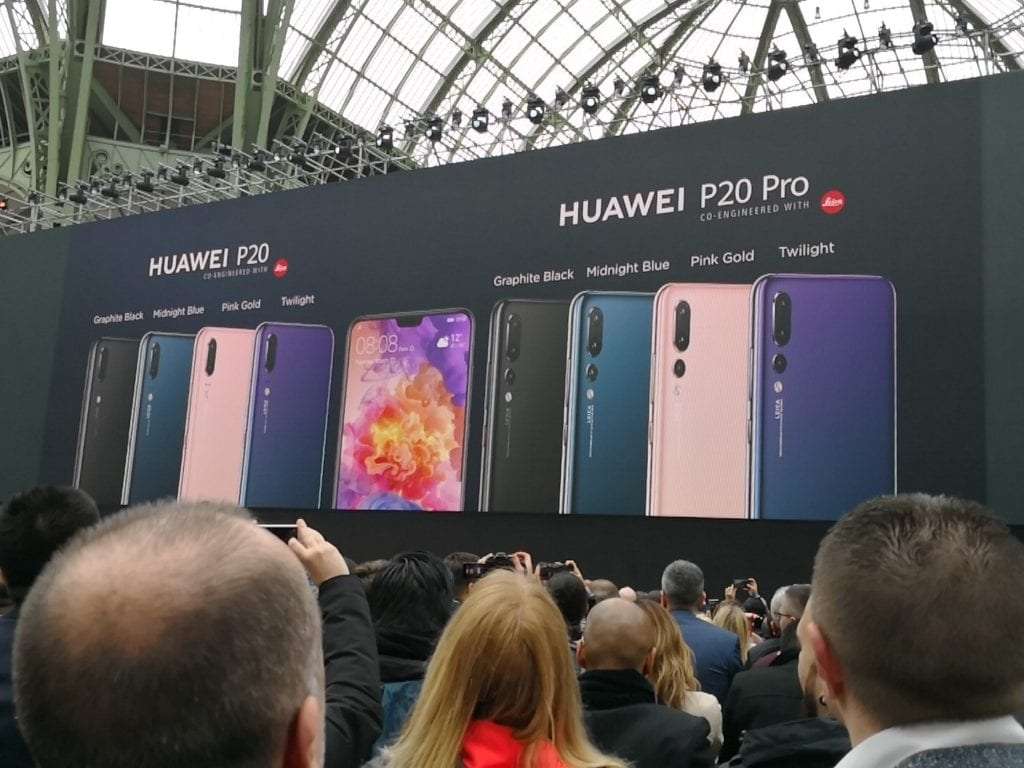 The Huawei P20 is available from today for €649 and the P20 Pro will be available from April 6th for €899. Irish network availability is still TBC yet but we’ll be sure to update this article once we know more.

We’ll also have our full review of the Huawei P20 Pro live on the site very soon so stay tuned.

Continuing their collaboration with leading German luxury and lifestyle brand, Porsche Design, Huawei also took the time to unveil a brand new variant of their business-centric powerhouse of a phone, the Mate 10 Pro, in the form of the Porsche Design Mate RS. 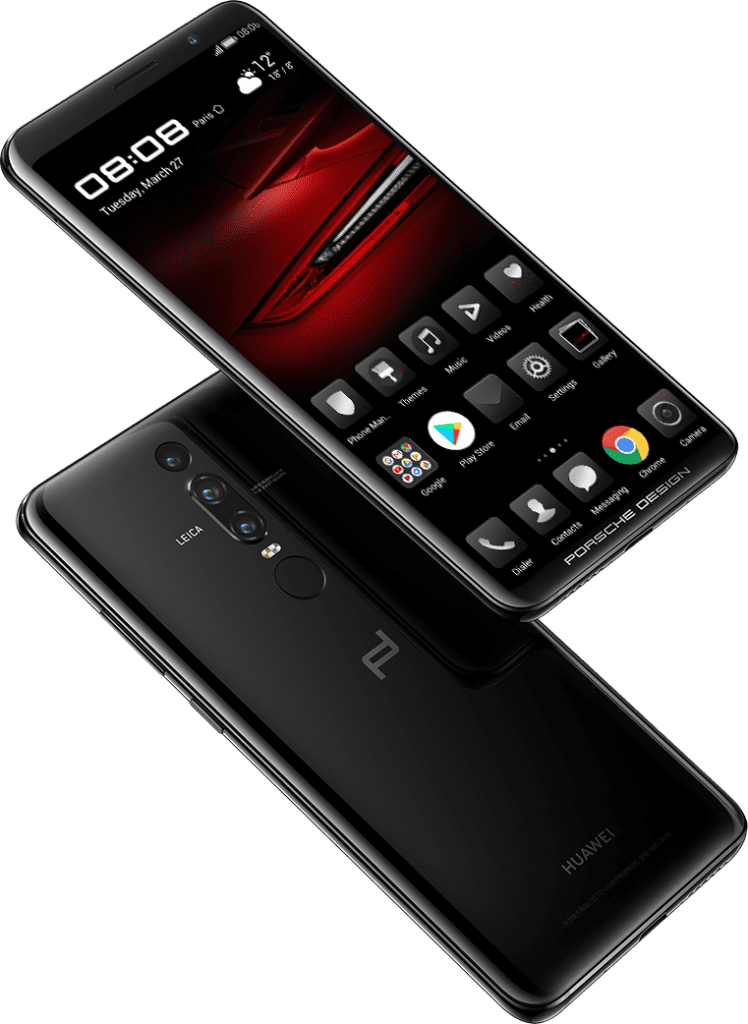 This is an absolute beast of a phone that packs all the specs of the P20 Pro and then improves on them even more. With a 2K OLED panel, in-screen fingerprint scanner and storage options up to 512GB, this really is one of the most impressively specced smartphones we’ve seen. All of this impressive tech comes at a price though, the 6GB/256GB model will set you pack an eye-watering €1695 and the 6GB/512GB model will cost an astronomical €2095 so, for you’d better get saving. The new Porsche Design Huawei Mate RS will be available from April 12th. 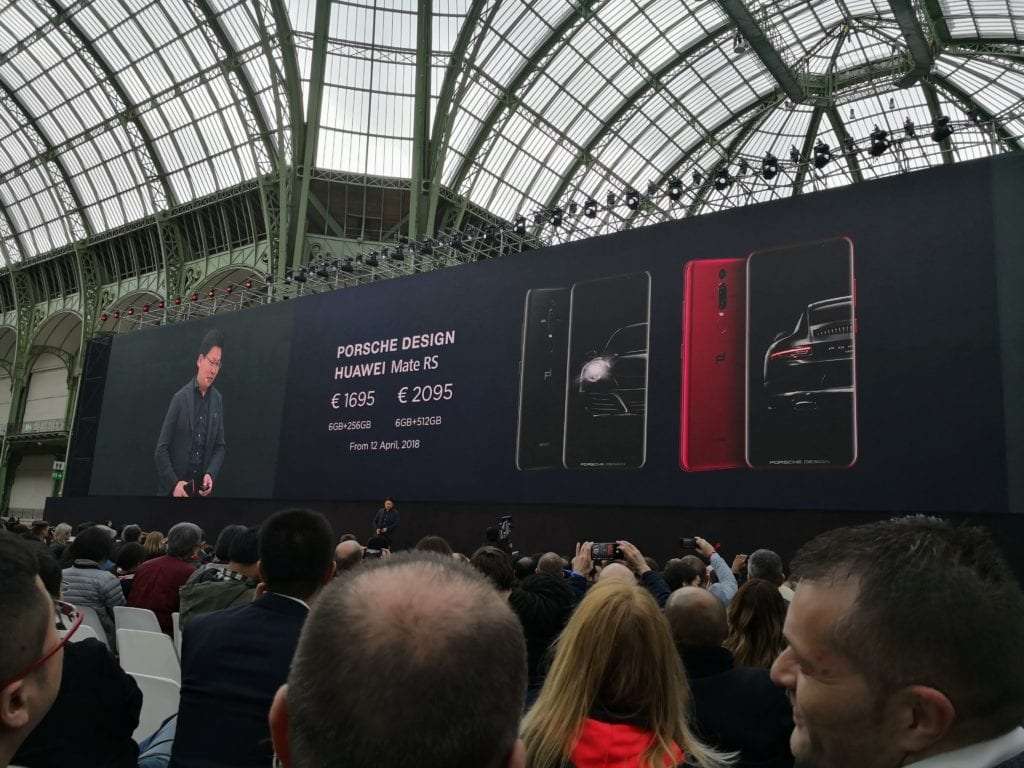