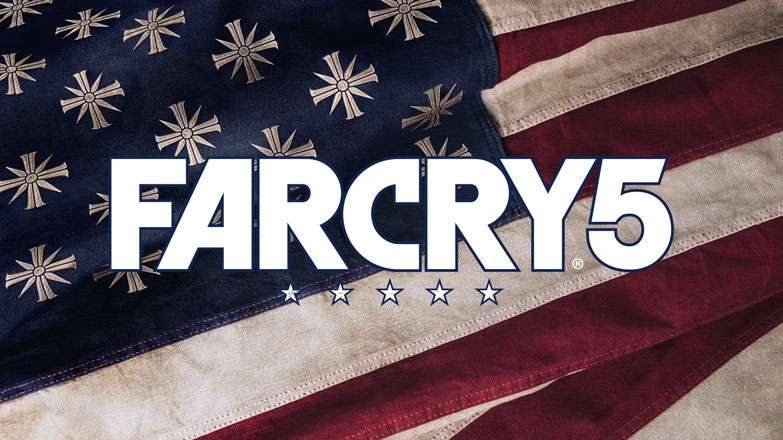 Far Cry 5 is an open-world first-person shooter for the Playstation 4, Xbox One, and Windows PCs set in the fictional Hope County area of Montana, USA. In it, you assume the persona of a rookie deputy whose first day on the job has you trying to arrest Joseph Seed — the charismatic leader of a doomsday cult known as the Project at Eden’s Gate.

This being a video game and all, of course nothing goes to plan and after the lengthy prologue you find yourself essentially the new spearhead of the resistance and leading an opposition against Seed and his three sibling lieutenants, who he has put in charge of each region of the county, and as a sheriff’s deputy, you are tasked with taking them all down. 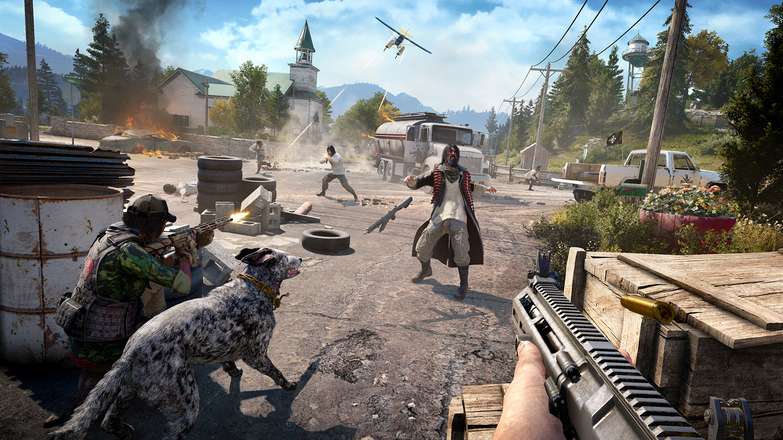 As in Far Cry 3 and Far Cry 4, the latest entry in the series, Far Cry 5 has you traversing around a hostile world, slowly chipping away at the control a menacing force that has established over the region. But unlike the previous two main entries, Far Cry 5 takes place in modern-day America, which casts the story in a completely different light.

Far Cry 5 feels very similar to its predecessors in each moment so some may feel a very strong sense of “deja vu” but that’s not a bad thing. Far Cry 5 has also seen a wide amount of quality of life improvements that greatly improve the overall experience and raises the series.

The first being that exploration and fog of war are no longer tied down to climbing up tall puzzle towers. The occasional map and travel guide can add new points of interest to the map, but there’s no longer a need to climb to the highest point and synchronize to one’s surroundings, (aside from one very tongue-in-cheek mission early on in the game). 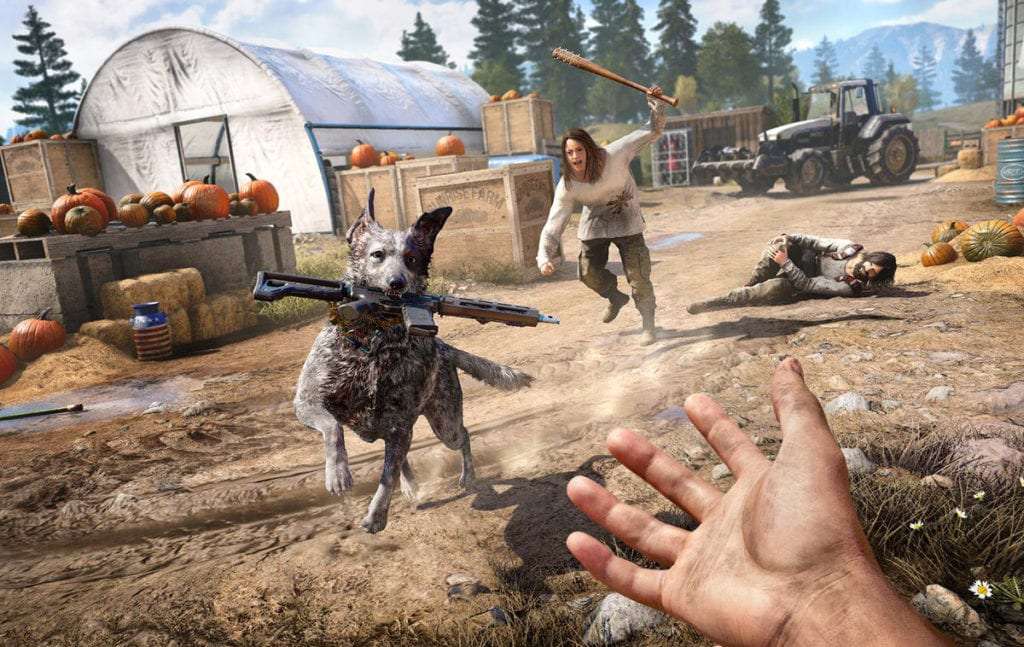 Additionally in Far Cry 5, as players make their way through the beautiful rural landscapes and rustic towns, they will begin to discover the numerous hopeful citizens looking to reclaim their lost homes from the cult and dish out some revenge. This highlight feature of Far Cry 5 is known as the For Hire system. By completing side missions for these eccentric characters, players can recruit them at any time to their side to help out with any objective they have in the open world.

I have to say that this is a great addition to the game that really puts you at the forefront of controlling the chaos and mayhem instead of simply being part of it. Having problems with vehicle attacks, call out Nick Rye to send a bombing raid their way in his family’s old plane. Can’t get enough information about the outpost you’re taking over, send out Boomer the dog to scout it out for you undetected. There are nine of these powerful specialists to recruit and each one adds another layer of strategy players will love to experiment with.

Perks and new abilities are regularly earned by way of the occasional treasure hunt or basic combat challenges. Perks are then spent on permanent upgrades including health and ammo capacity increases, so it’s certainly worth it to take an extra moment and find a new fishing hole you haven’t tried before. All of these perks can also be carried over to the multiplayer portion of the game, Far Cry Arcade. Lastly, as is standard with any Far Cry game, the new sets of vehicles are loads of fun to play around with and the gunplay remains as slick as ever. 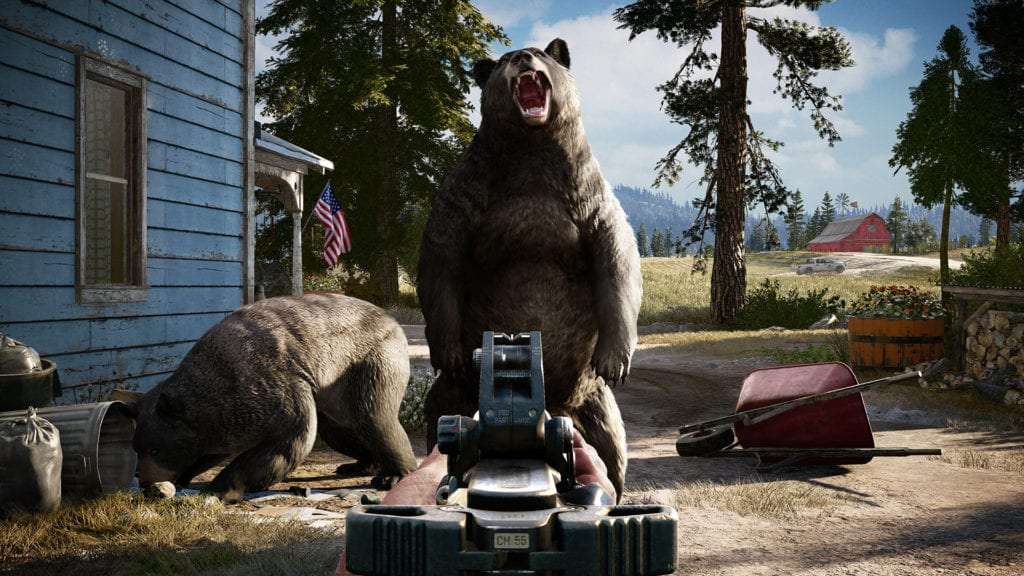 Co-operative multiplayer adds another element to the game, albeit very unpredictable. With two players running around, things are very likely to go awry and devolve into action movie styled shootouts. Most of the time this chaos is hugely enjoyable; sometimes it’s confusing and frustrating. For example, in parts of my time with the game, I would die and the game would forget where I was and what I was doing before my demise and it would respawn me somewhere completely random on the map requiring a long journey back to where I had died.

Other glitches and confusing moments happened when the game’s systems collide; during one side quest mission I racked up some additional resistance points and due to this, I had a story mission (interlude) forced upon me mid-firefight. This meant my progress in the side quest was halted (zeroed) and I was transported across the map to another area for a different firefight not of my choosing.

At the end of the day, the Far Cry games have always been one of the most entertaining open world shooters around and after four other entries into the series, most will know what you’re getting from a modern Far Cry game. Even if you’ve played another Far Cry game and get a “deja vu” feeling, Far Cry 5 does enough to liven up the experience making it probably the best one yet.