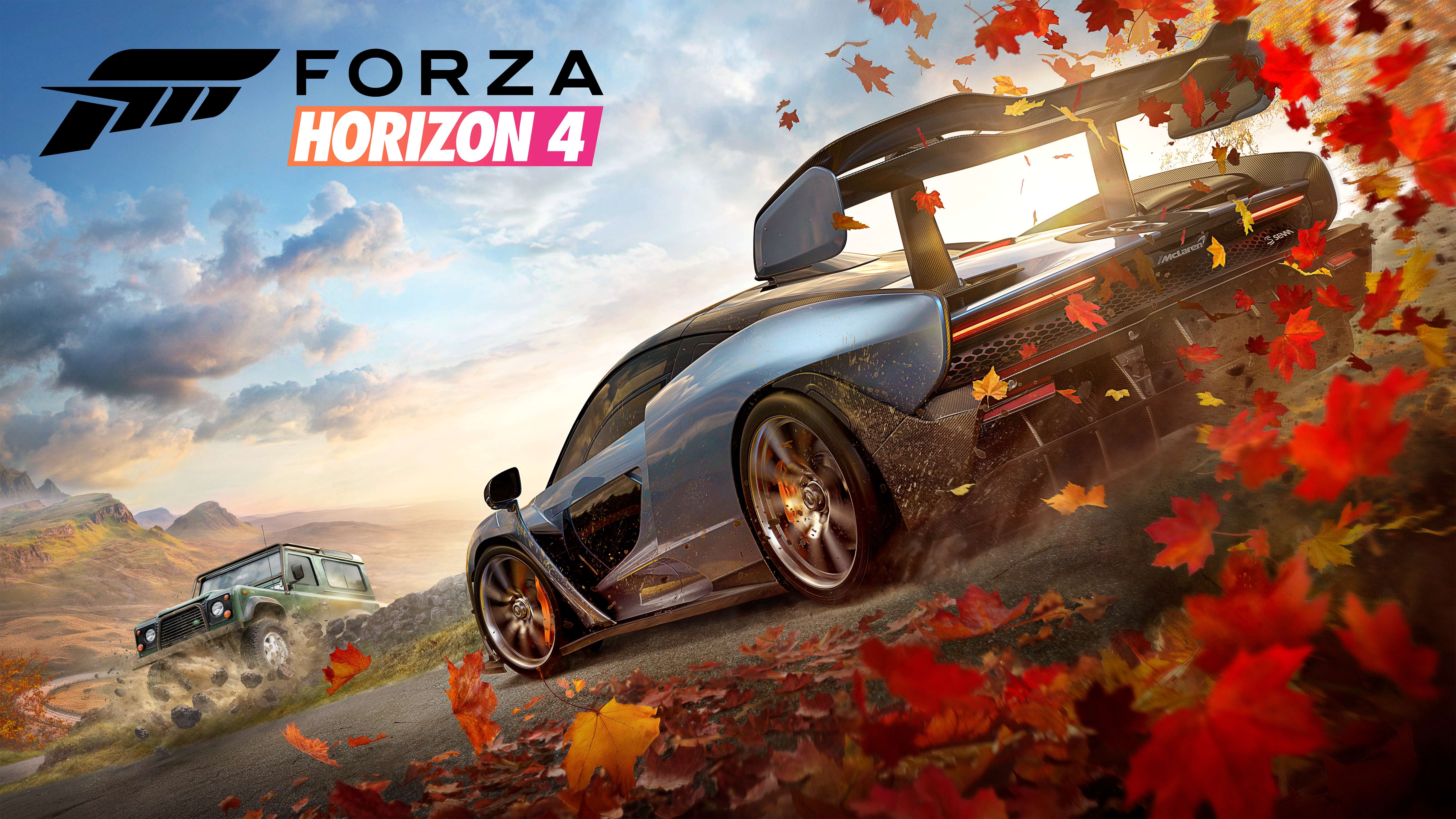 Forza Horizon 4 has a hard job to do, its predecessor was one of my favourite racing games of all time. It mixed great graphics, multiplayer and soundtrack with a deep career mode and sheer sense of fun. So, how did it get on in topping that? Let’s find out.

Forza Horizon 4 takes slightly a different approach in terms of its setting, swapping the sunny and sometimes muddy vistas of Australia for a somewhat more muted UK but with one key difference. While it still maintains its mix of tight street racing and cross-country rallying, this time Forza introduces ‘seasons’. This means that the entire map changes which has a huge impact on gameplay and your choice of car. Your supercar is not going to cope well with winter’s snowy slippery conditions and your rally car is going to struggle to keep up on tight city circuits in the summer. In Forza Horizon 3, it was quite easy to stick to one or two cars but this time you’re forced to switch things up which adds another layer to gameplay. Another new addition is more night races, with only flares, streetlights (if there are any) and your headlamps to guide the way, it really reminds me of the Midnight Club series and I absolutely love it. 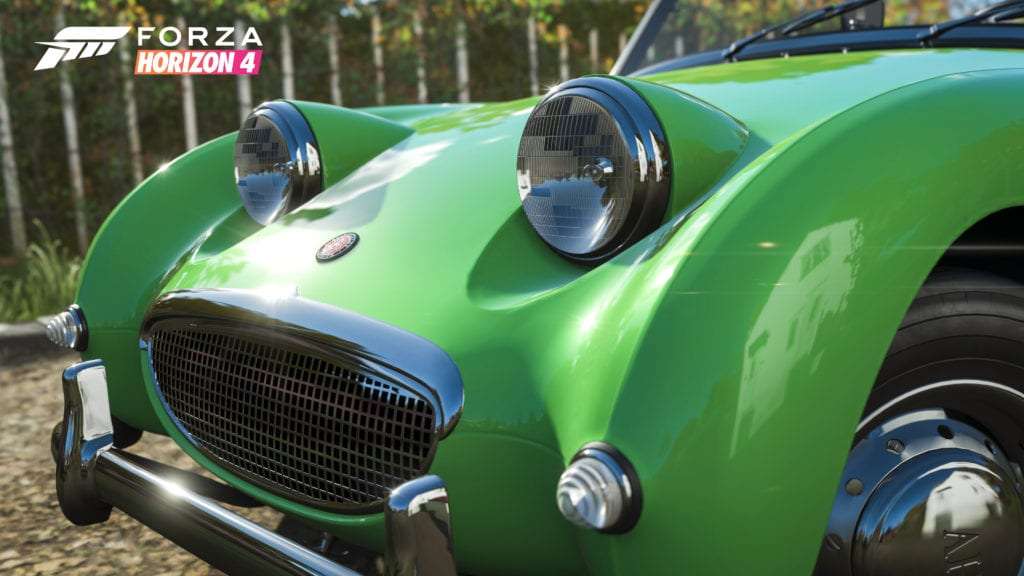 The introduction of seasons also brings its own dynamic to the living game aspect of Forza. Once you get past level 20 and you’ve experienced each season, then the seasons change for all players at once. This week for example, it’s autumn, with its own set of new races and championships which adds a reason to come back to the game week in and week out. It’s a brilliant strategy to keep you coming back for more. Then, you’ll get regular events (even hourly!) to show off some of the special events which is a neat touch. This is added to with 72 player servers, replacing the typical use of ‘Drivatars’ – AI powered opponents. One of my main complaints about Forza has always been it’s beautiful but dull world and Playground Games has managed to introduce this in a way that doesn’t encourage griefing – you’re not going to get crashed into every 5 minutes.

Multiplayer is still a huge ton of fun too with the new addition of a ‘Route Creator’ – letting you design your own races and share them with the Forza Horizon community. Playground Games has always done a great job with encouraging creativity within the community and this sequel is no exception – sharing tuning setups, designs and now routes really shows that Playground are investing in long-term playability of the game. 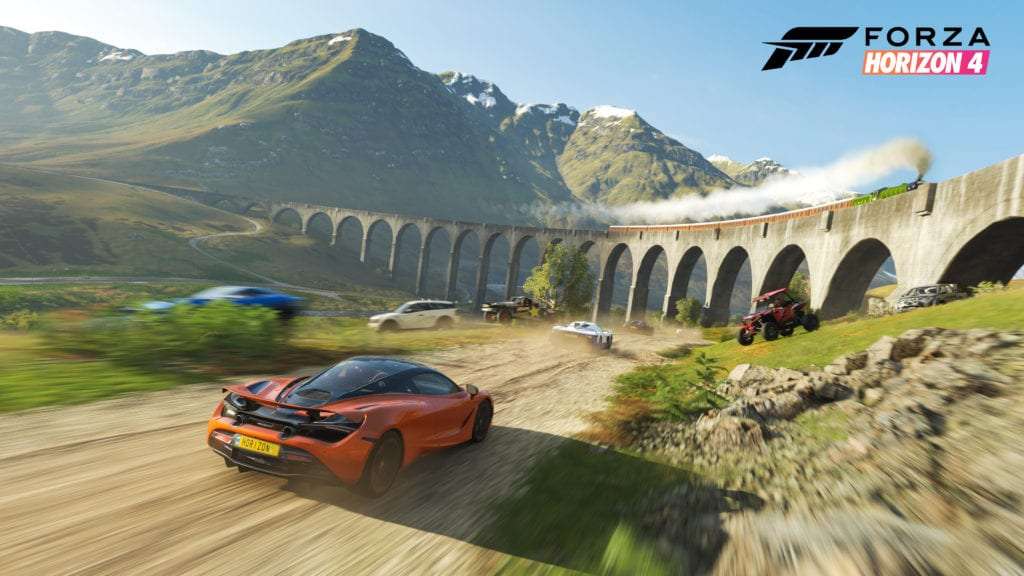 Choice is a new factor this time round, with set careers available to you like rallying or street circuits and various rounds you can go through and of course, showcase events are back. These are Forza’s special events where instead of racing regular cars, you’ll race say a hovercraft, plane or train. They’re a lot of fun but if I was to nit-pick, some of these are spoiled by the first race of the game which is a breakneck race through seasons and vehicles (a standout moment in itself). The new career paths such as ‘Stunt Driver’ are also a ton of fun.

In terms of Microsoft specific features, Forza is always at the forefront of making the most of the unique features. Mixer support isn’t something we got a chance to test out but it’ll support spectating races and it’s now even its own career path in-game, letting you gain progress in game through streaming. It’s also a ‘Play Anywhere’ title (if you buy the digital version), meaning if you buy it on the Xbox store, you’ll be able to play and save your progress across your Xbox and PC/laptop which is pretty neat. 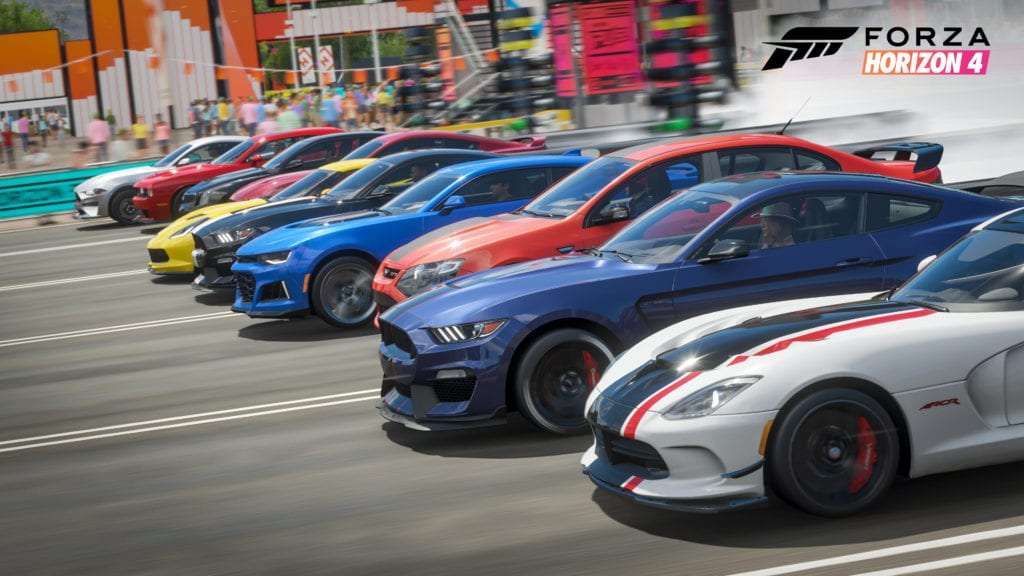 Now, what could be better? Well, surprisingly AI. I found that the AI in races was really hit and miss. In most races, you could be in 5th place and then suddenly with 20 seconds left in the race you’ll suddenly be way faster than everyone else. Showcase events are very guilty of this. They almost feel fixed which is weird for a game which has always been so solid in this area. Graphics weirdly is another – the cars of course look beautiful and the natural scenery also. I ran the game in 1080P with HDR support to get 60 FPS but there is a 4K option, in this mode I found that cities often looked slightly off and not at the standard I would have expected from Forza. Finally, I found that the career pacing was a bit off, taking 20 levels (which took me about 5 hours in-game) to get onto the Forza roster and unlock the weekly seasons which felt like a pretty key feature of the game. The game is also quite overwhelming in choice sometimes and a bit more guidance along career routes would be great to make it more accessible for the casual gamer.

Realistically, this is an impressive update to an already impressive game but I can’t quite shake the feeling that there wasn’t a major shift in Horizon in the last 2 years. I really hope that Microsoft gives the series a rest for a bit and comes back next generation with a fresh take. While it doesn’t have as much competition in the open-world racing genre as it once did (apart from The Crew 2), I’d love Microsoft to shake things up a bit more – open up the game to more vehicles, more damage, more offroading. They’ve tried in Forza Horizon 4 with the ability to buy a house and have your own avatar but I really want to see something more here.

The review code for this game was supplied by Microsoft.