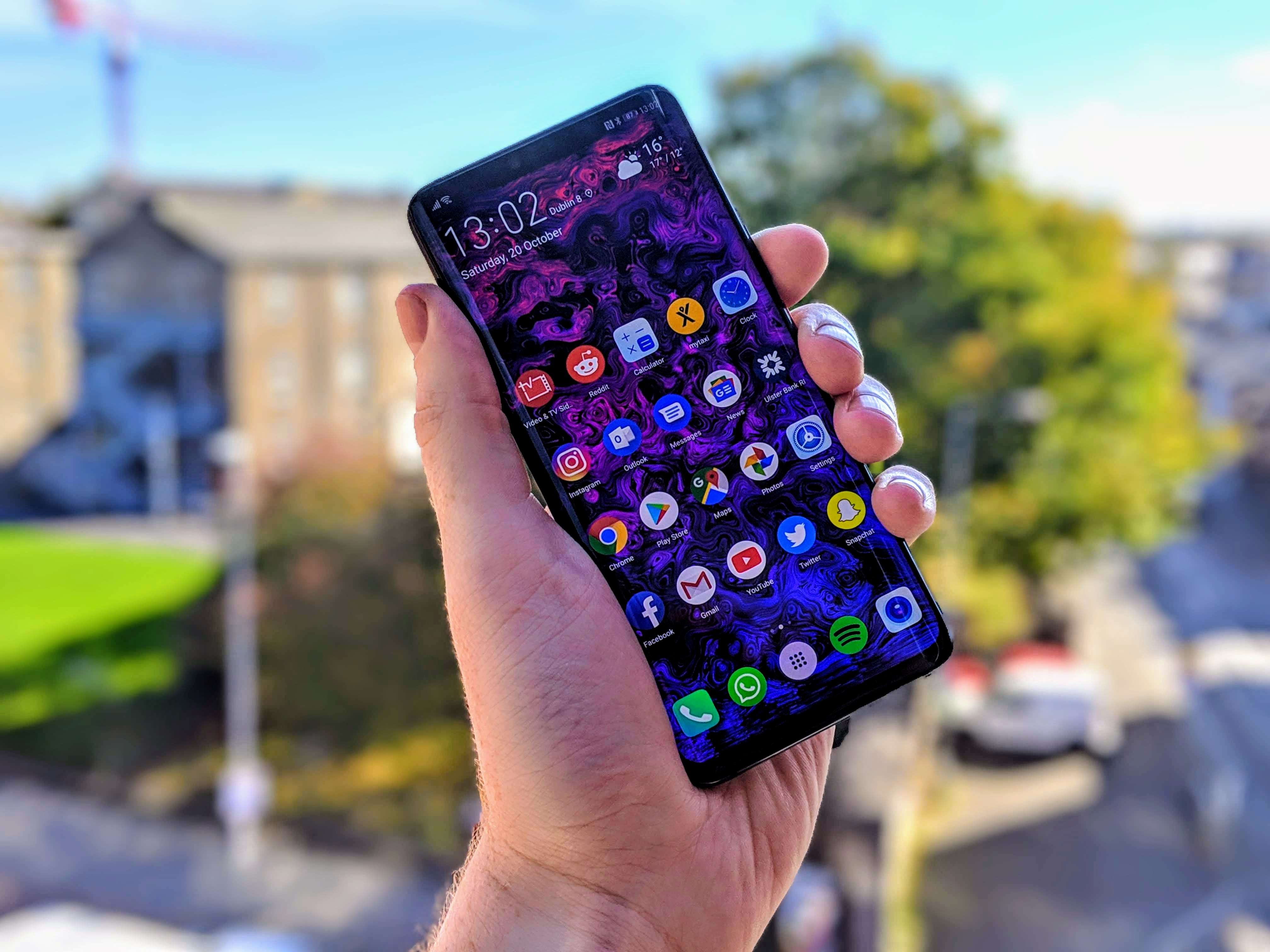 With 2018 wrapping up and every major smartphone manufacturer having finally released their latest flagship, it’s an interesting time to look back and see what’s changed with each of these launches. Notches are still here, headphone jacks are disappearing and the battle for ‘best smartphone in the world’ is more heated than ever. With that, we’ve been testing out the new Huawei Mate 20 Pro for the last two weeks, the Chinese manufacturer’s latest flagship and their most feature-packed phone to date. Can it compete? is it worthy of your hard-earned cash? Read on to find out in our review of the Huawei Mate 20 Pro. 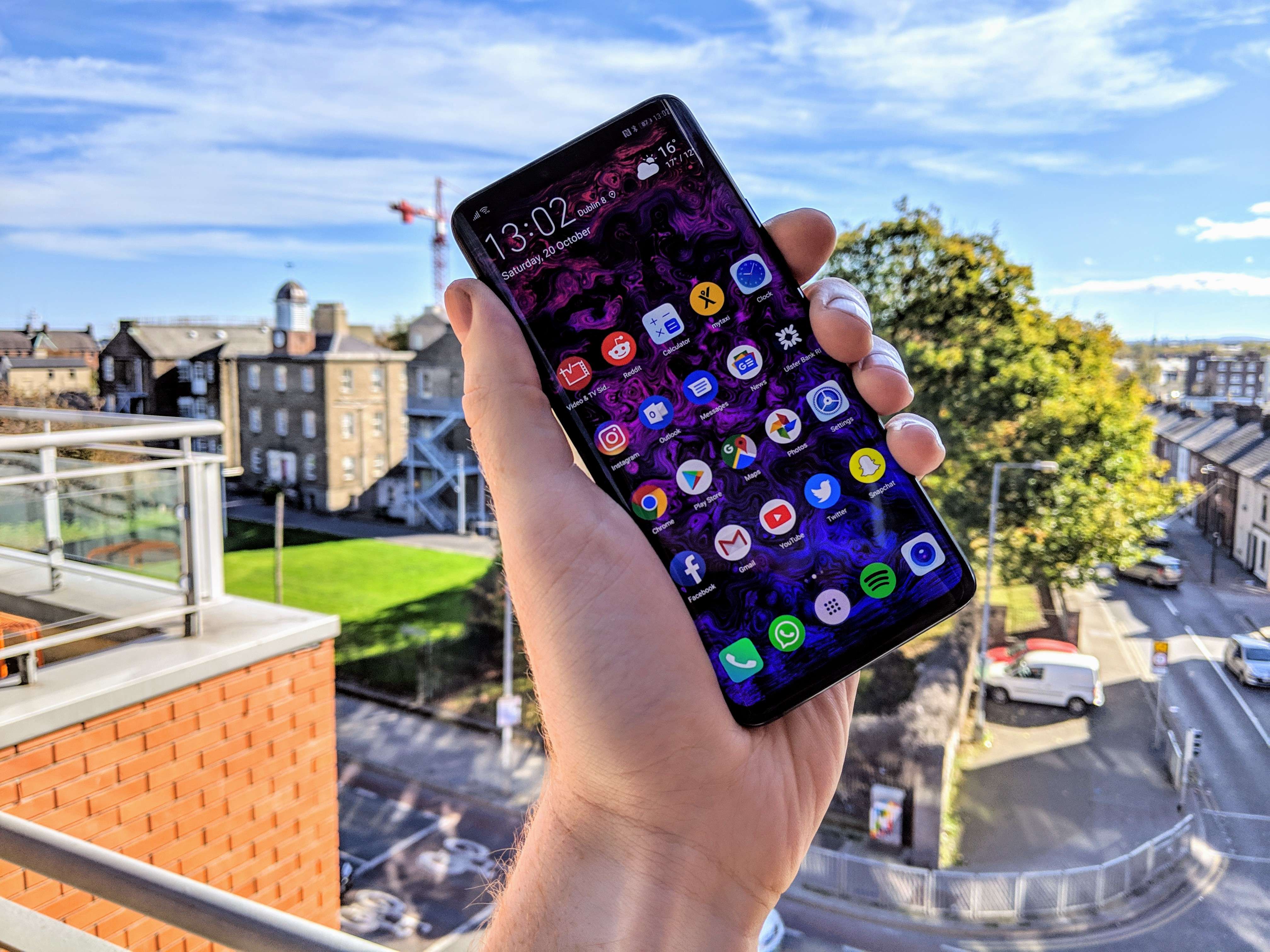 Before we get stuck into our review, here are the Huawei Mate 20 Pro’s key specs:

Going back to the origins of the series, the Mate line has always had a larger screen and battery than its sibling P series. You can see this handset being in direct competition with the likes of Samsung’s Note 9 and Apple’s new iPhone Xs Max for the business professionals out there.

With the launch of the P20 Pro earlier this year, the line between both handsets started to blur though given its large 6.2″ display and 4000mAh battery but, with the Mate 20 Pro, Huawei really has upped the ante on almost every front to really make this a standout device for 2018.

Unprecedented power in a Huawei device

The new Mate 20 Pro is packing the brand new 7nm Kirin 980 processor and has also included a 2nd Nueral Processing Unit (NPU), making it the first phone in the world to do so. These new internal upgrades, paired with 6GB RAM and 128GB of storage make the Mate 20 Pro an absolute beast of a phone when it comes to multitasking. Huawei has also included expandable storage but you can only use their new proprietary NM card format which basically looks like a nano SIM that acts as a memory card. With 128GB of storage though, you’d really want to be an extremely heavy file hoarder to fill up the built in storage.

When it comes to the design of the Mate 20 Pro, there’s no denying its striking resemblance to Samsung’s Galaxy S9+, in fact, their physical dimensions are almost identical give or take a few millimeters. That, by no means, is a bad thing and like the S9+, there’s premium feeling 3D glass front and back along with a metal frame holding it all together. 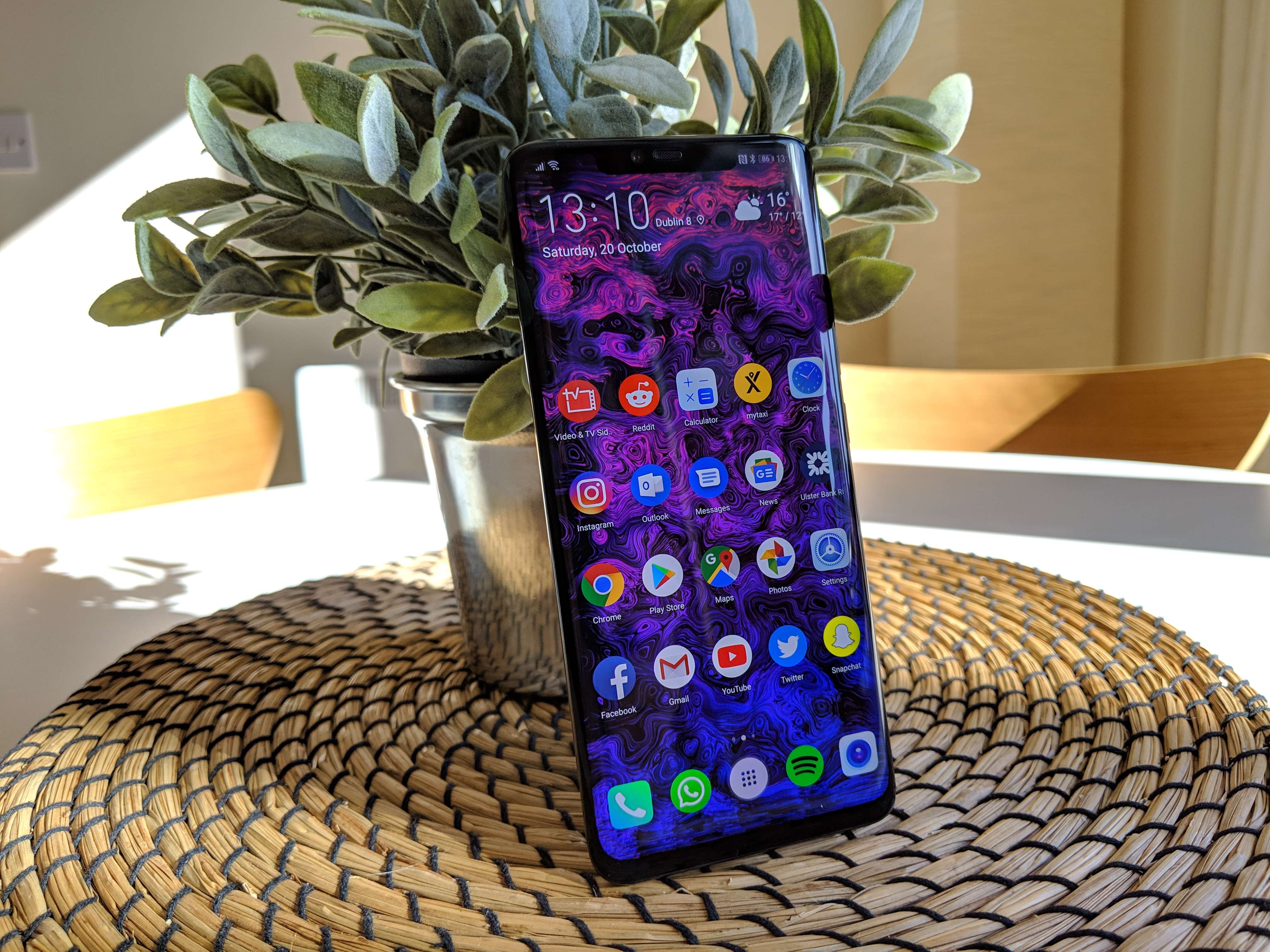 Up front, you’ve got one of the most impressive display ever to grace a Huawei smartphone, or any smartphone for that matter. It’s a 6.39″ 19.5:9 HDR OLED QHD+ display which, abbreviations aside, is simple stunning. I personally have been looking forward to the day when Huawei finally put a QHD+ display into one of their mainstream flagship devices (excluding their Porsche Design range) and the one on offer in the Mate 20 Pro definitely doesn’t disappoint. The HDR capabilities are also very impressive along with viewing angles so watching HDR content on YouTube for example really brings this thing to life.

At the top of the display, there’s quite a considerable notch when compared to the P20 Pro and, even more so, the teardrop notch found on the likes of the Mate 20 and OnePlus 6T. This larger notch obviously serves a purpose though as it packs the selfie and 3D depth-sensing camera, which are very similar to Apple’s Face ID tech. Having recently updated the handset to the latest software version which was said to improved the unlock speeds of the sensor, we can attest that it is incredibly fast and even works in difficult lighting conditions. 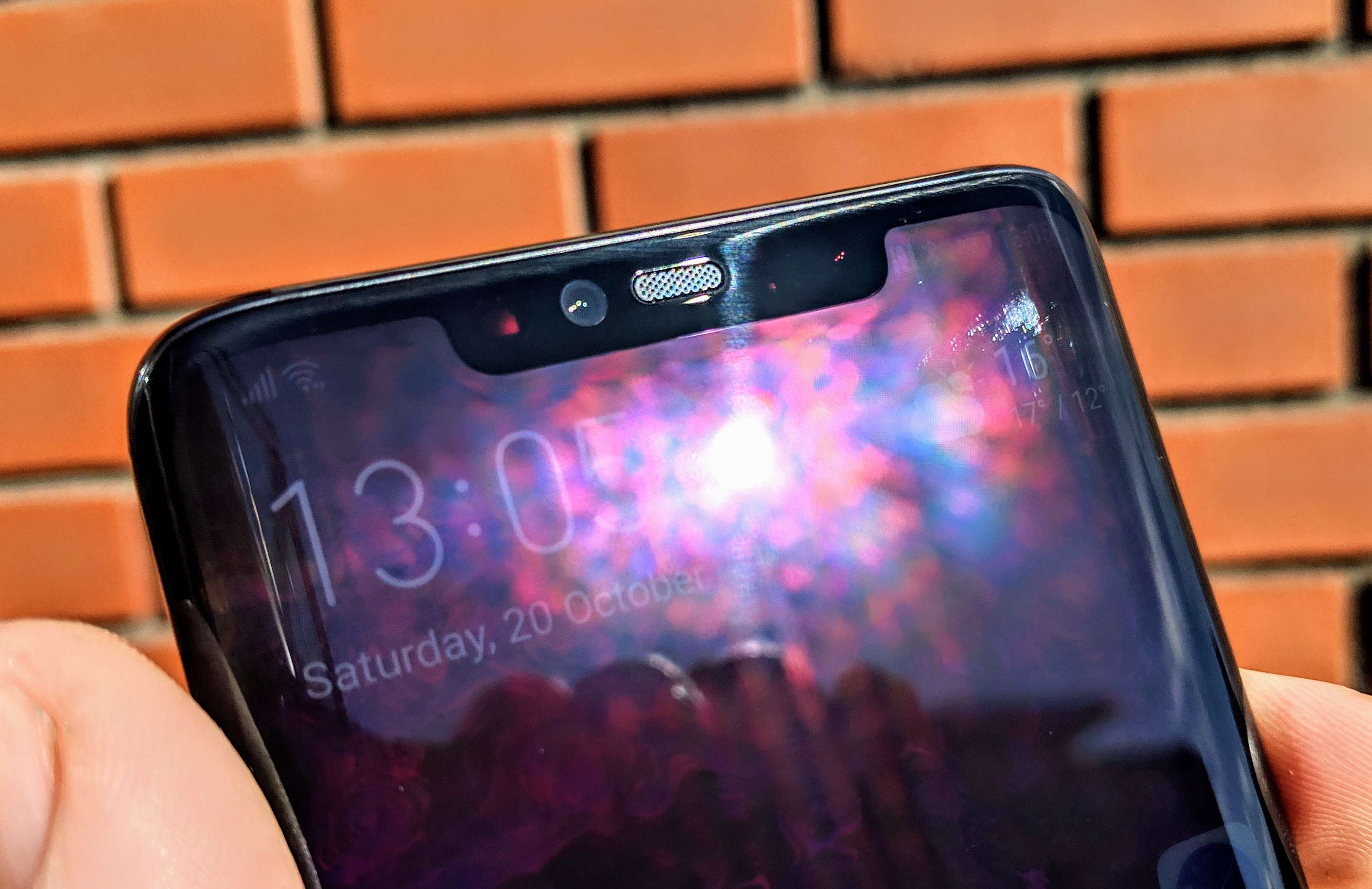 Huawei have also managed to include a stereo speaker set up even though there’s no speaker grill on the bottom of the device. What they’ve done is converted the USB Type-C charging port into a ‘hidden’ speaker which delivers impressive levels of bass but can be slightly muted when a charging cable is plugged in. Thankfully, charging the device wirelessly can negate this problem. 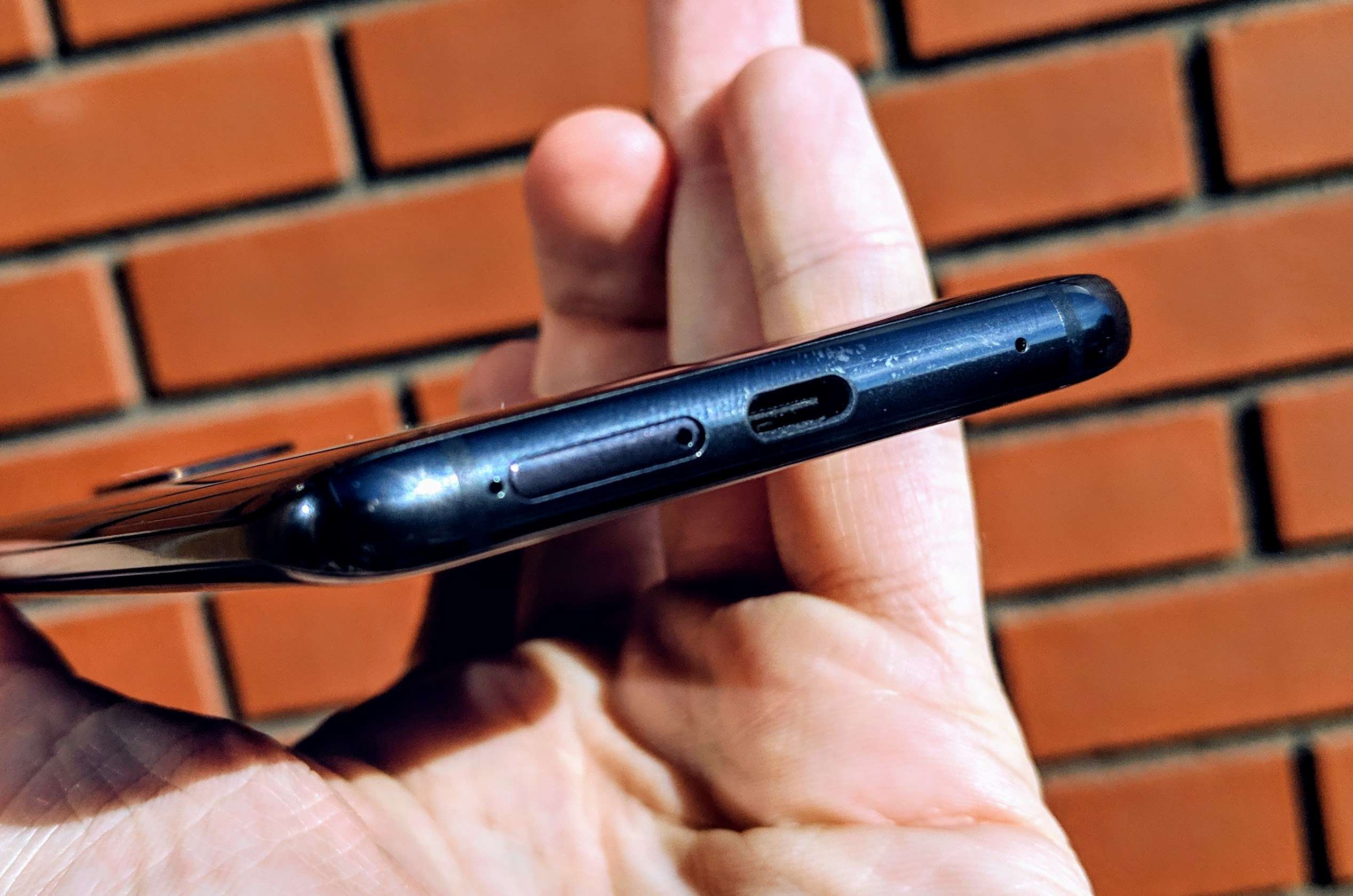 Huawei introduced their first iteration of a pressure-sensitive in-screen fingerprint sensor with the launch of the Porsche Design Mate RS earlier this year and, thankfully, they’ve also decided to include the tech in the Mate 20 Pro.

The sensor, which is actually underneath the display on the front, about a third of the way up the screen, works very well from our time with it but isn’t as fast as your usual physical fingerprint sensor. That said, we’re more than happy to use this iteration if it means it frees up space on the front or indeed the back of the device. This sensor, combined with the 3D face unlock functionality makes the Mate 20 Pro an incredibly secure device.

We were first introduced to Huawei’s revolutionary triple camera set up earlier this year with the launch of the of the P20 Pro in Paris and they’ve improved things even further with the introduction of an ultra-wide angle lens in place of the monochrome sensor. Design-wise, the layout of the camera module on the rear of the device is definitely distinctive and will help Huawei’s latest handset stand out from the crowd. That said, it’s definitely not a case of style over substance as the versatility of the three cameras on board is unrivaled in the smartphone market. 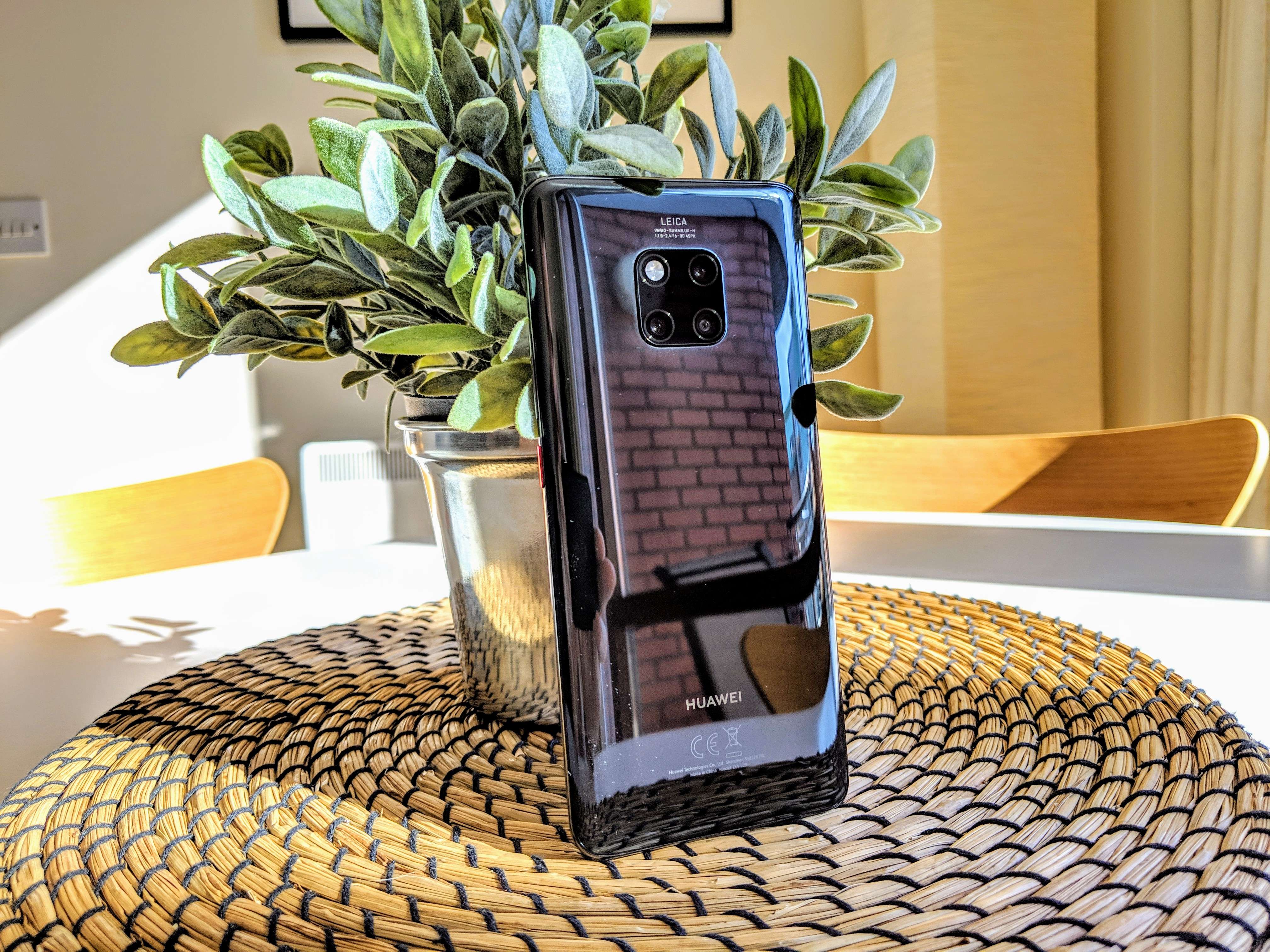 As a refresher, you still get the large 40MP f/1.8 main camera lens that has a massive 1/1.7″ sensor, there’s the 8MP telephoto f/2.4 camera lens that’s capable of 3X optical zoom with OIS and finally, the newly added 20MP f/2.2 ulra-wide angle lens has a 16mm focal length which basically means you can get incredibly close (2.5cm in fact) to your subject and still retain huge amounts of detail along with capturing super wide landscape imagery. 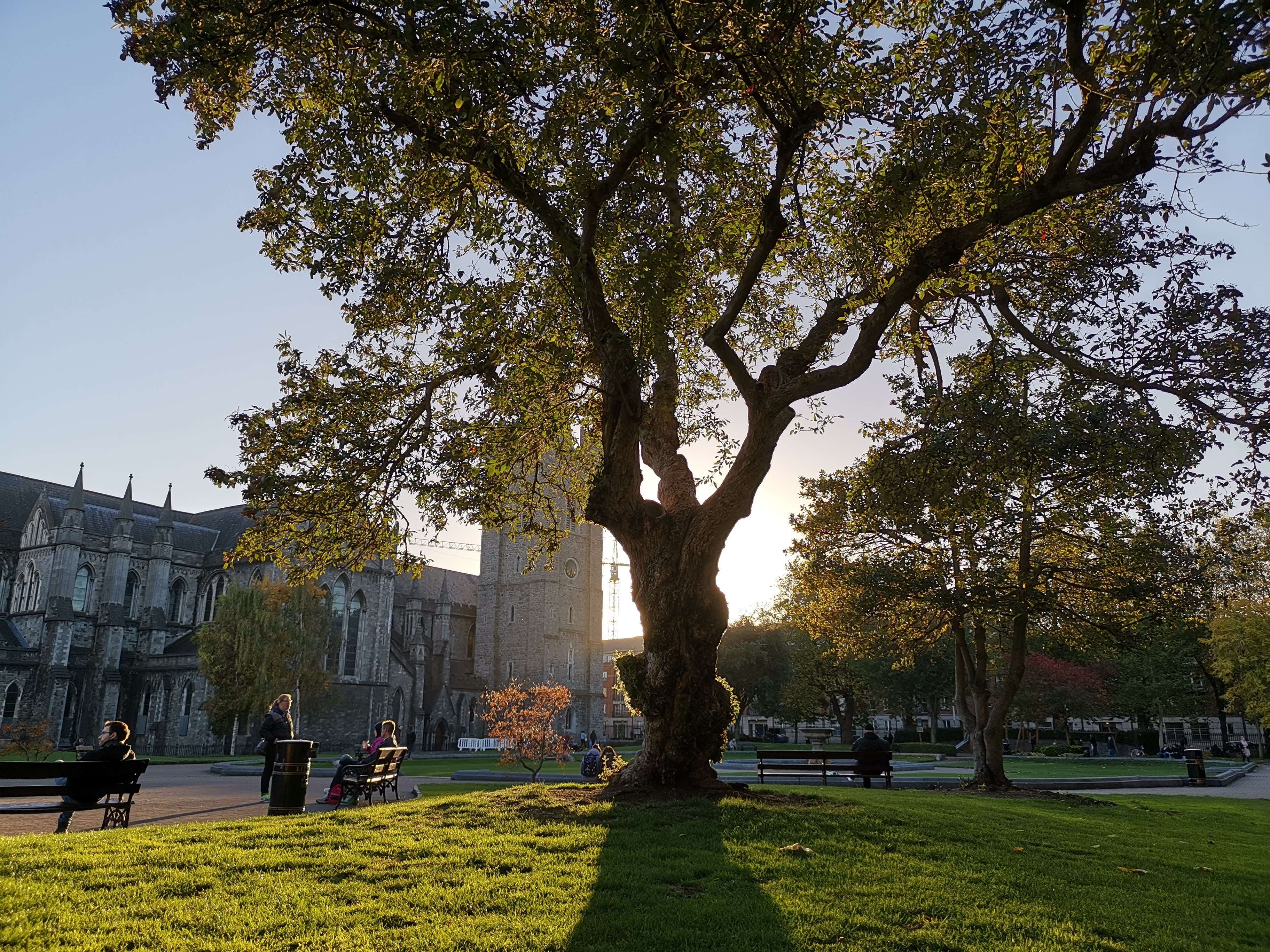 A sample image from the ‘normal’ wide angle lens 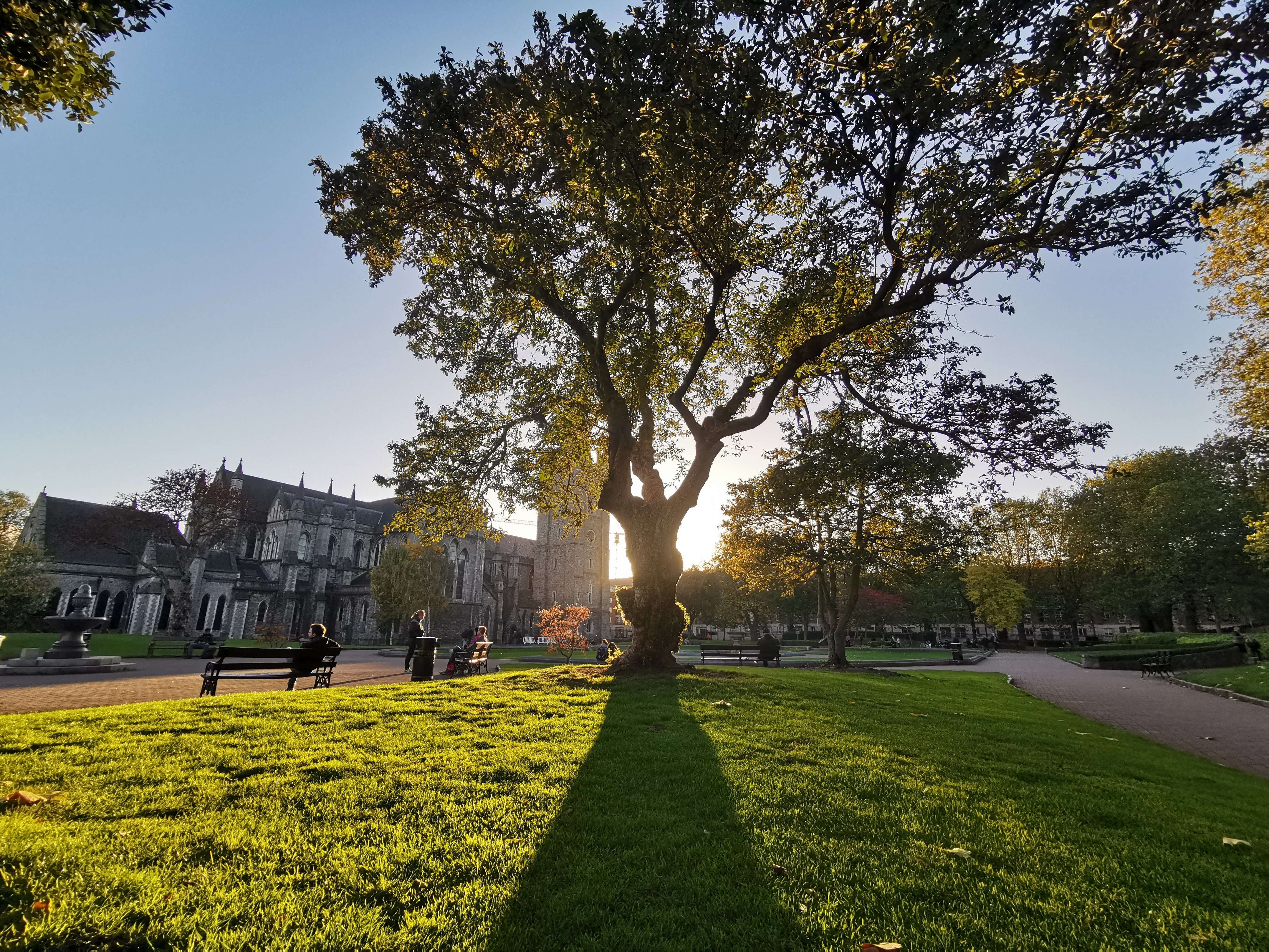 And one from the new 16mm ultra wide angle lens 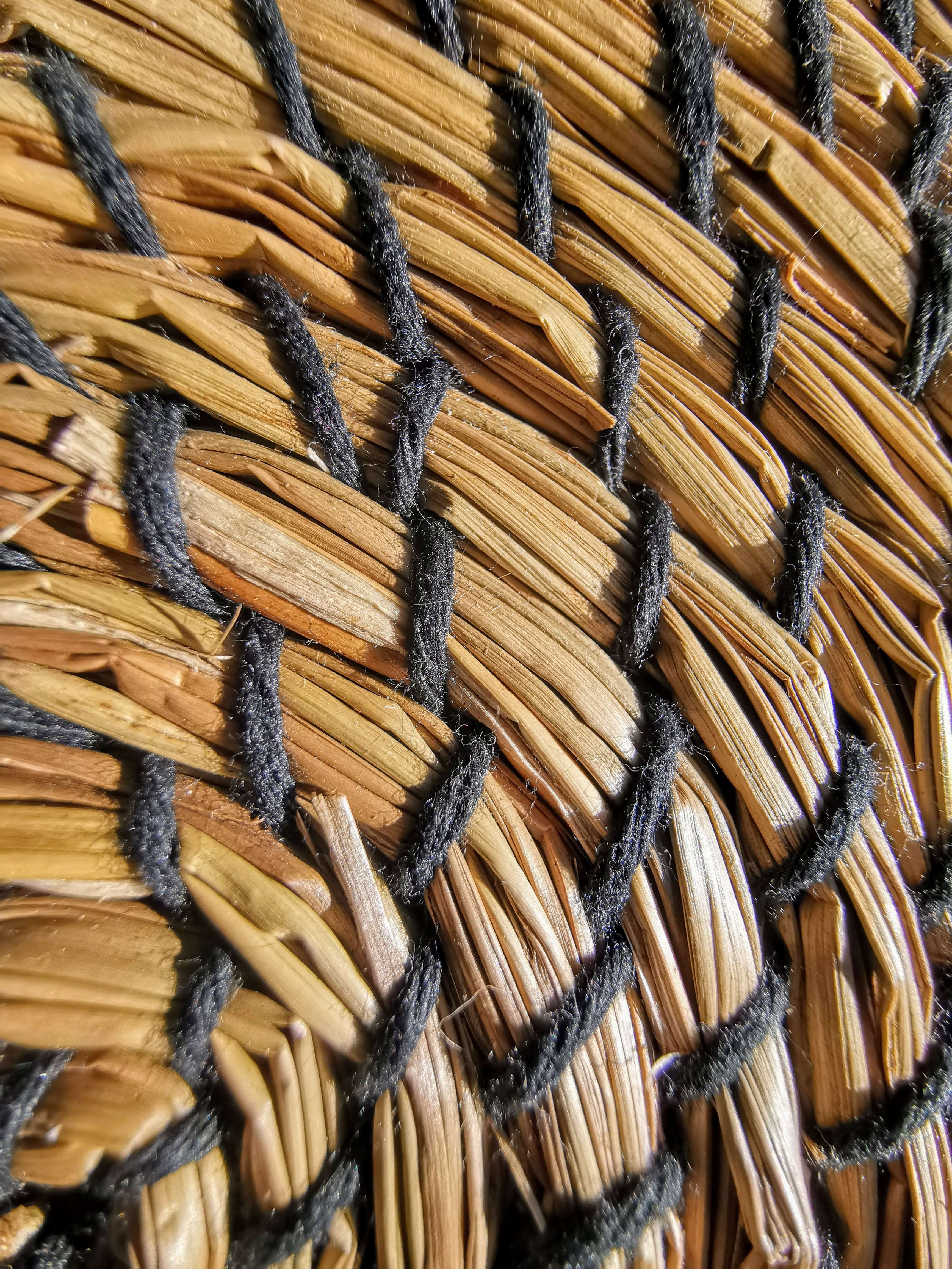 A sample photo showing off the impressive ‘Super Macro Mode’

Having played with the camera for the last 2 weeks, we’ve yet to be in a situation where it’s failed to deliver. With the new ultra-wide lens, you can now go from capturing incredibly wide landscape photos down to almost microscopic levels of detail thanks to its 16mm focal length. This, paired with the 3x optical and 5x hybrid zoom, Huawei’s low light wizardy and overall camera quality (thanks to Leica) makes the Mate 20 Pro the best smartphone camera for photography enthusiasts. 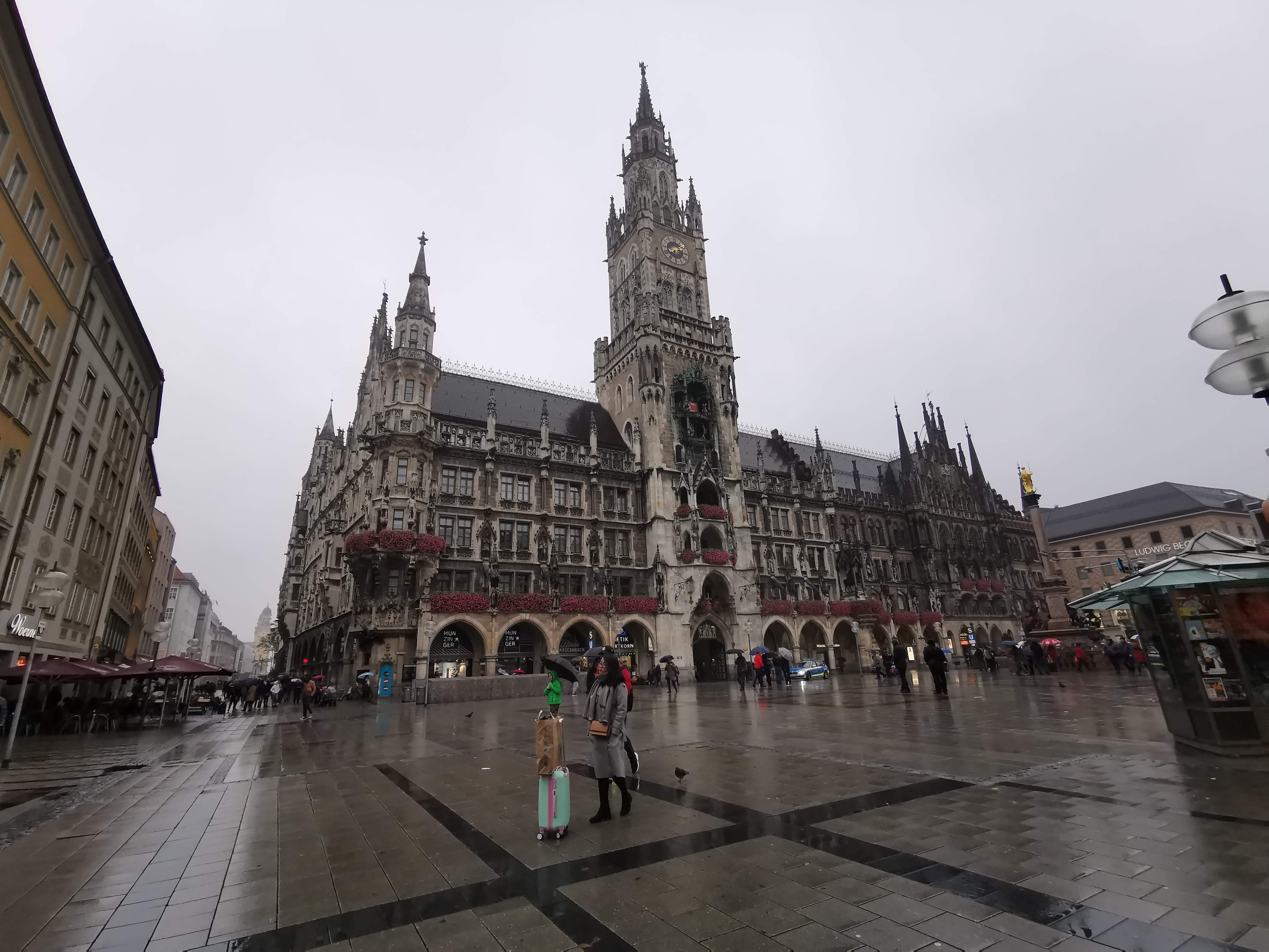 Another example of the ultra wide lens at work

Huawei’s Master AI is also included in the camera settings and will automatically change things around for you when it sees you’re taking a portrait or extreme close up image for example. It can also recognise even more scenes and objects thanks to the dual NPUs on board. Personally, I like to control the different settings manually so I turned this setting off but we can definitely see this coming in handy for those users who just want to capture the best photo possible as quickly as possible.

Below are two more photos showing off the type of variety of shots you can capture with the Mate 20 Pro. The first showcases the ultra wide angle lens and the latter showcasing the incredible 10x digital zoom on the device. Both photos were taken from the exact same spot. 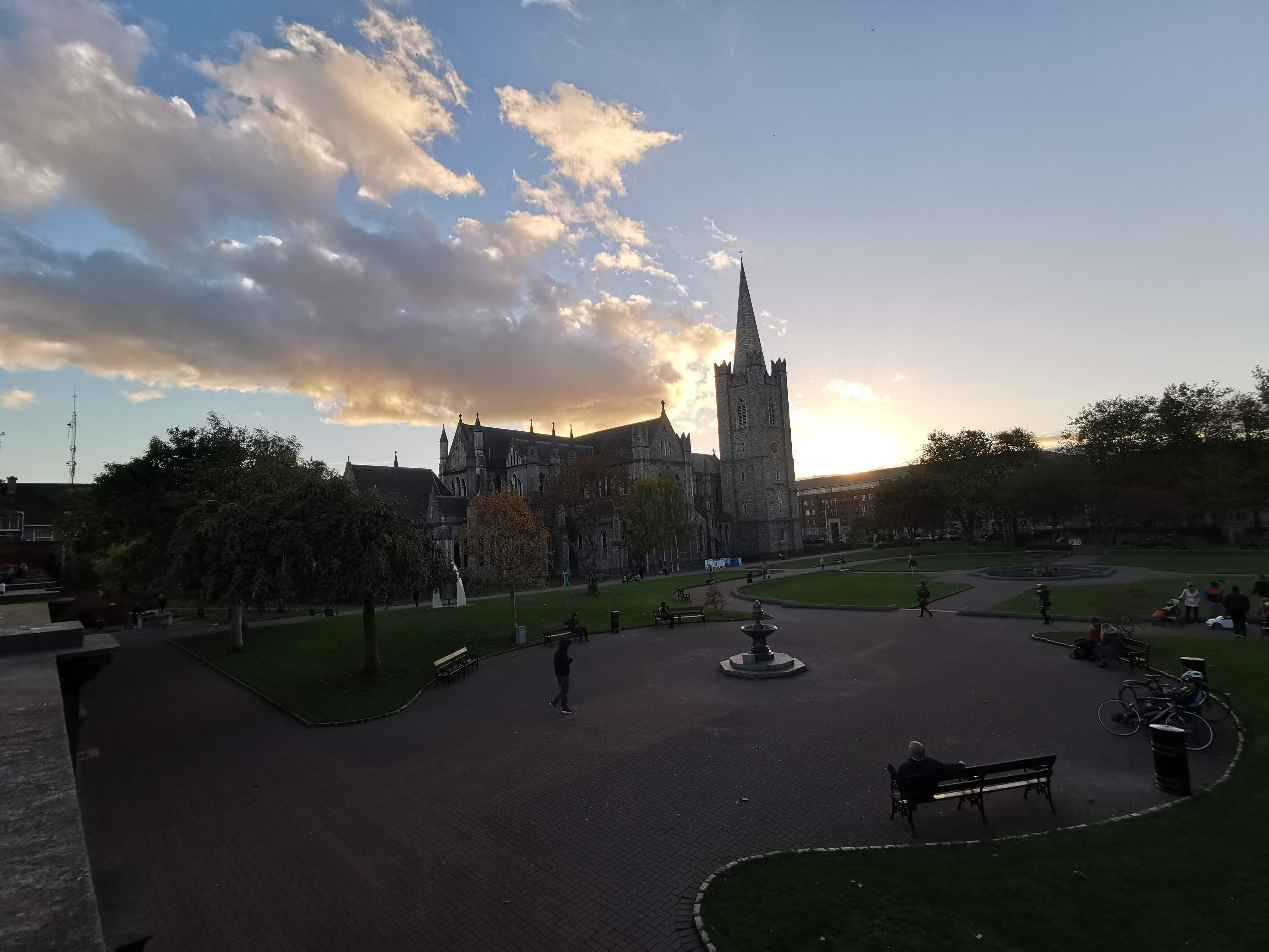 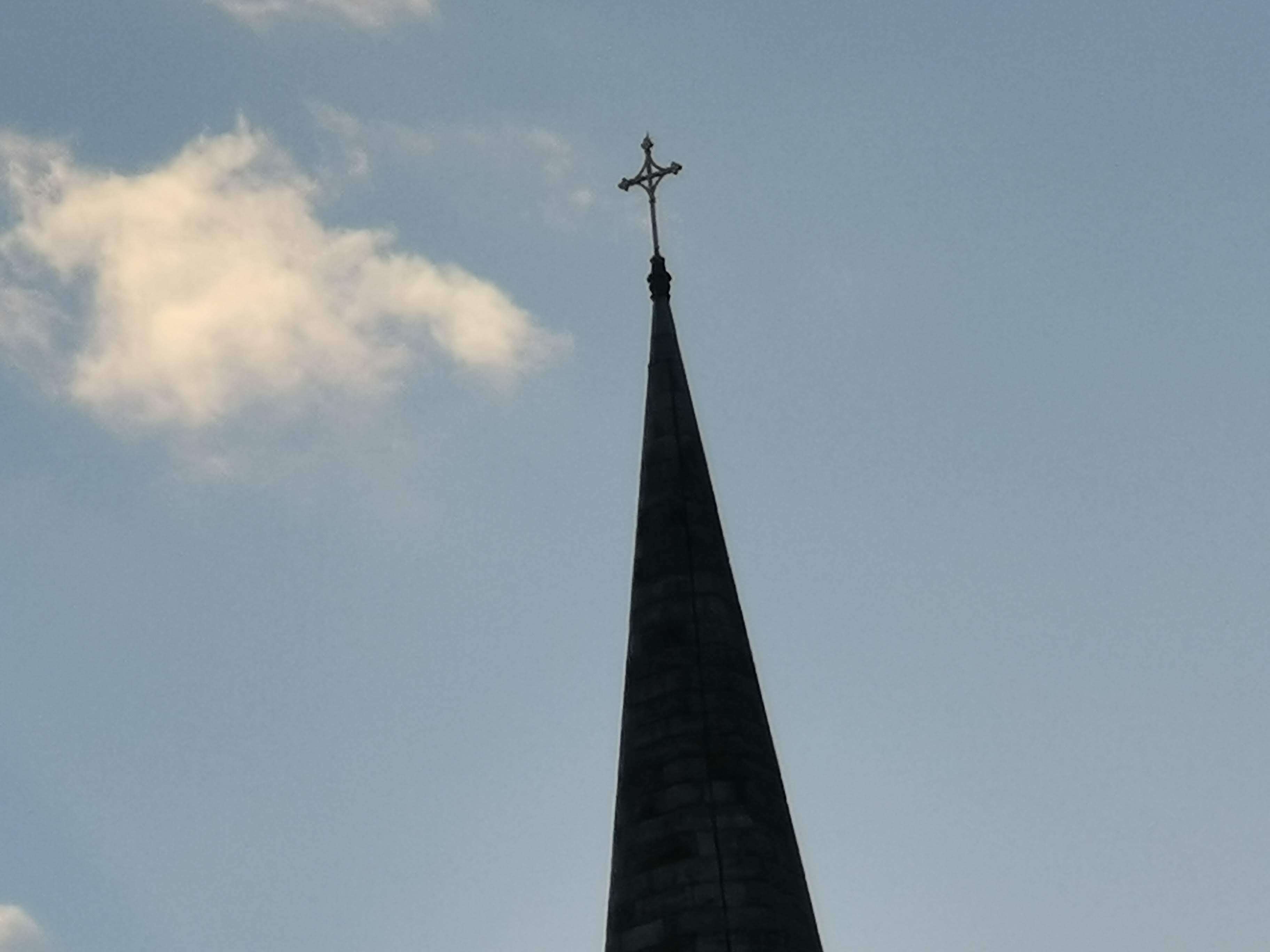 In terms of video capturing capabilities, the Mate 20 Pro can now capture 4K footage with OIS but unfortunately, there’s still no 4K60FPS option. Hopefully this is something Huawei can enable in a future update. There’s also the option to capture ultra wide video footage in 4K which makes up for the lack of 60FPS. With the update I downloaded a few days ago, Huawei also added the new AI Zoom feature which allows you to lock on to a moving subject and will automatically crop and zoom the video to keep them at the same distance throughout the recording.

As mentioned previously, Huawei has also improved their Night mode offering which is still the best low light capturing capabilities on any handset right now. Google are trying to steal this crown with their upcoming Night Sight mode and OnePlus want a piece of the action too with their Nightscape mode but Huawei’s offering, to us, is still the best out there. 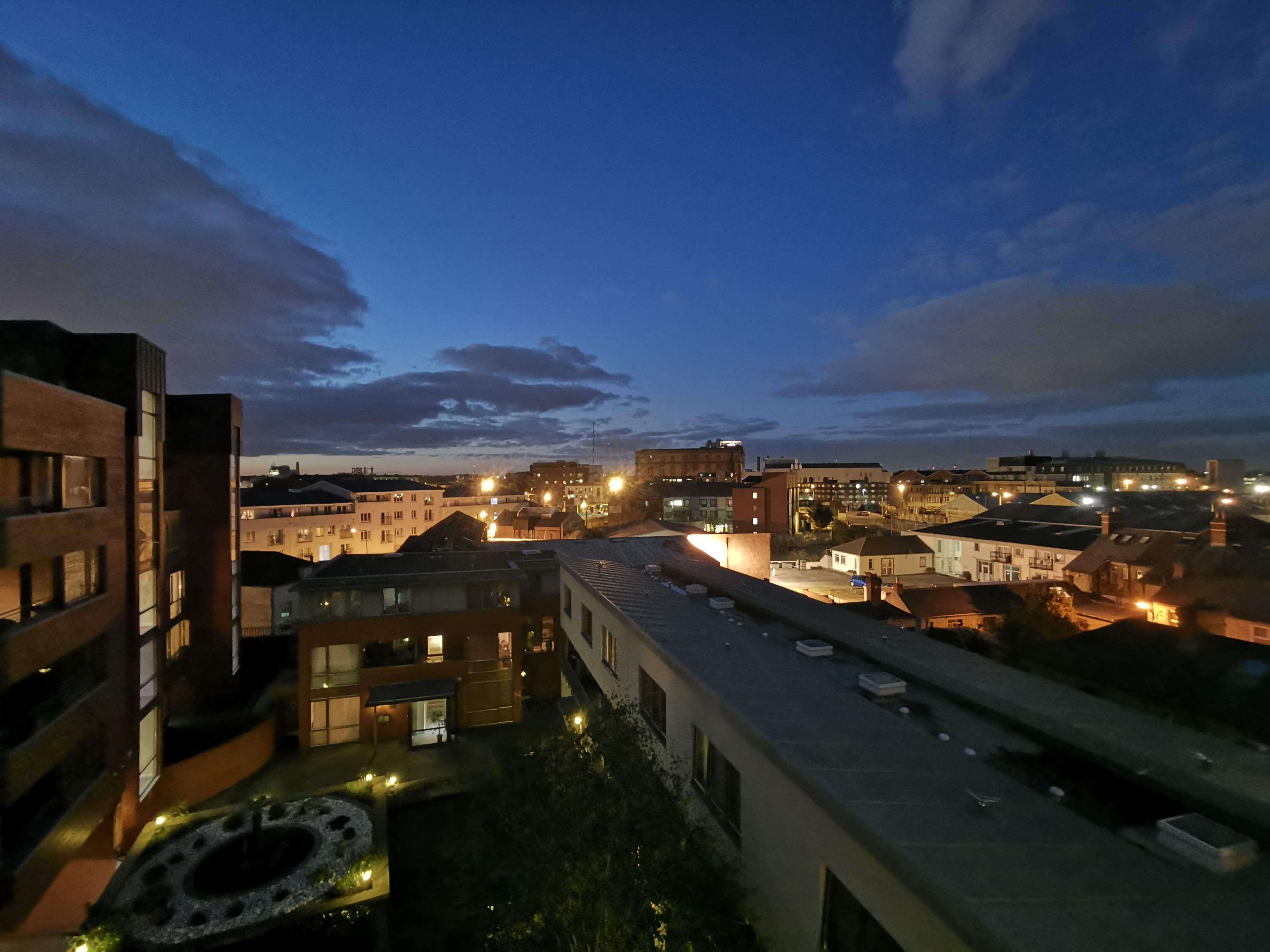 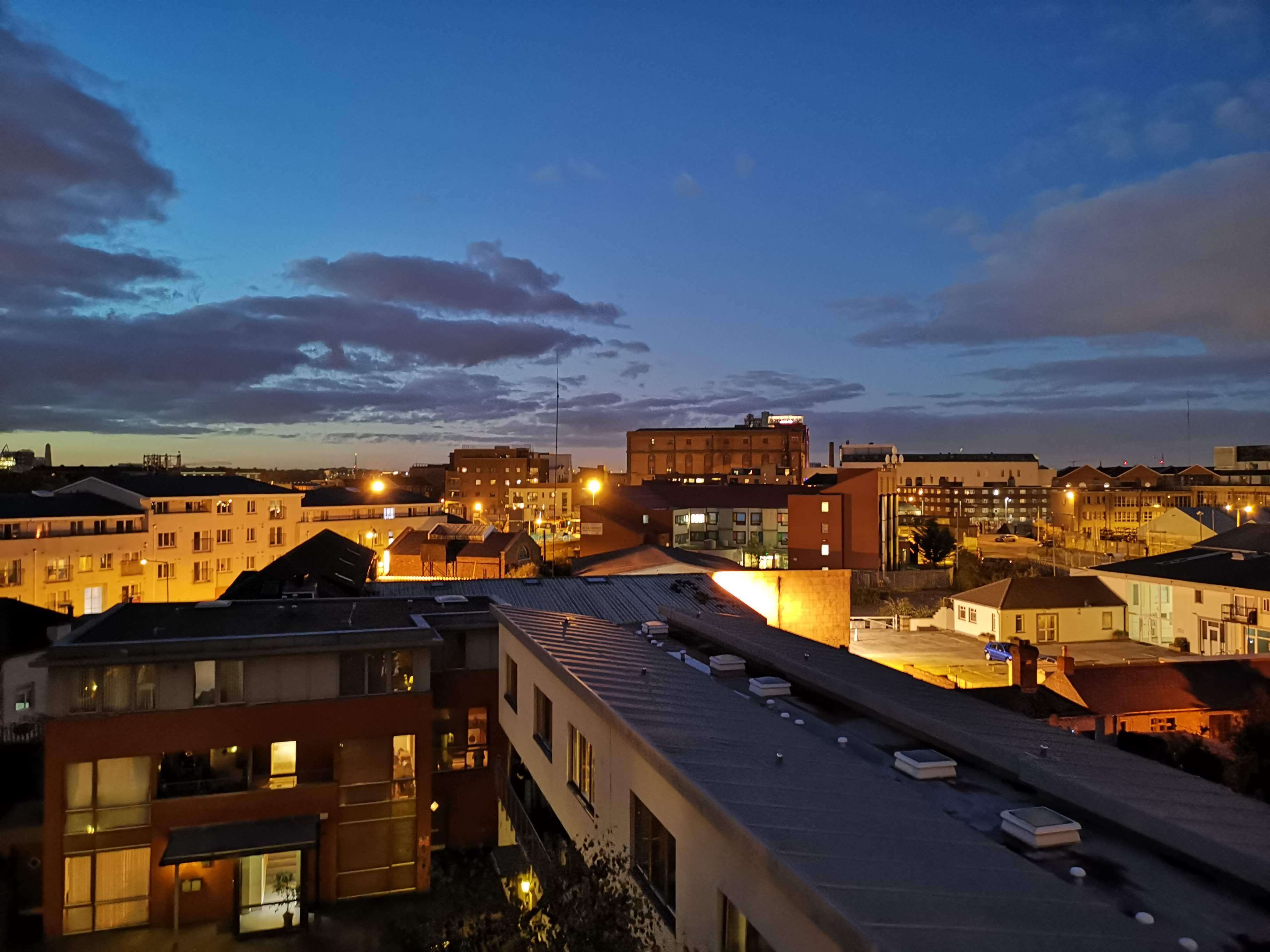 A night mode photo taken with the normal 40MP lens

Up front, there’s the same 24MP selfie camera as the P20 Pro but it’s still as capable as ever. They’ve also included an updated HDR mode that does a much better job of capturing selfies where there’s bright light in the background.

One of the other standout features of the new Mate 20 Pro is its massive 4200mAh battery. To put that into context, the new iPhone Xs Max’s battery is just 3174mAh. This massive battery is paired with the world’s fastest charging tech with the pre-bundled charger pushing 40W instead of the 22.5W on the P20 Pro, the previous holder of the title.

We were easily getting over 6 hours of screen on time with the device, even after a day of heavy use. With Android 9.0, Huawei’s own battery optimisations features and the battery efficiency of the Kirin 980 chip, the Huawei Mate 20 has the best battery life we’ve seen on a smartphone. 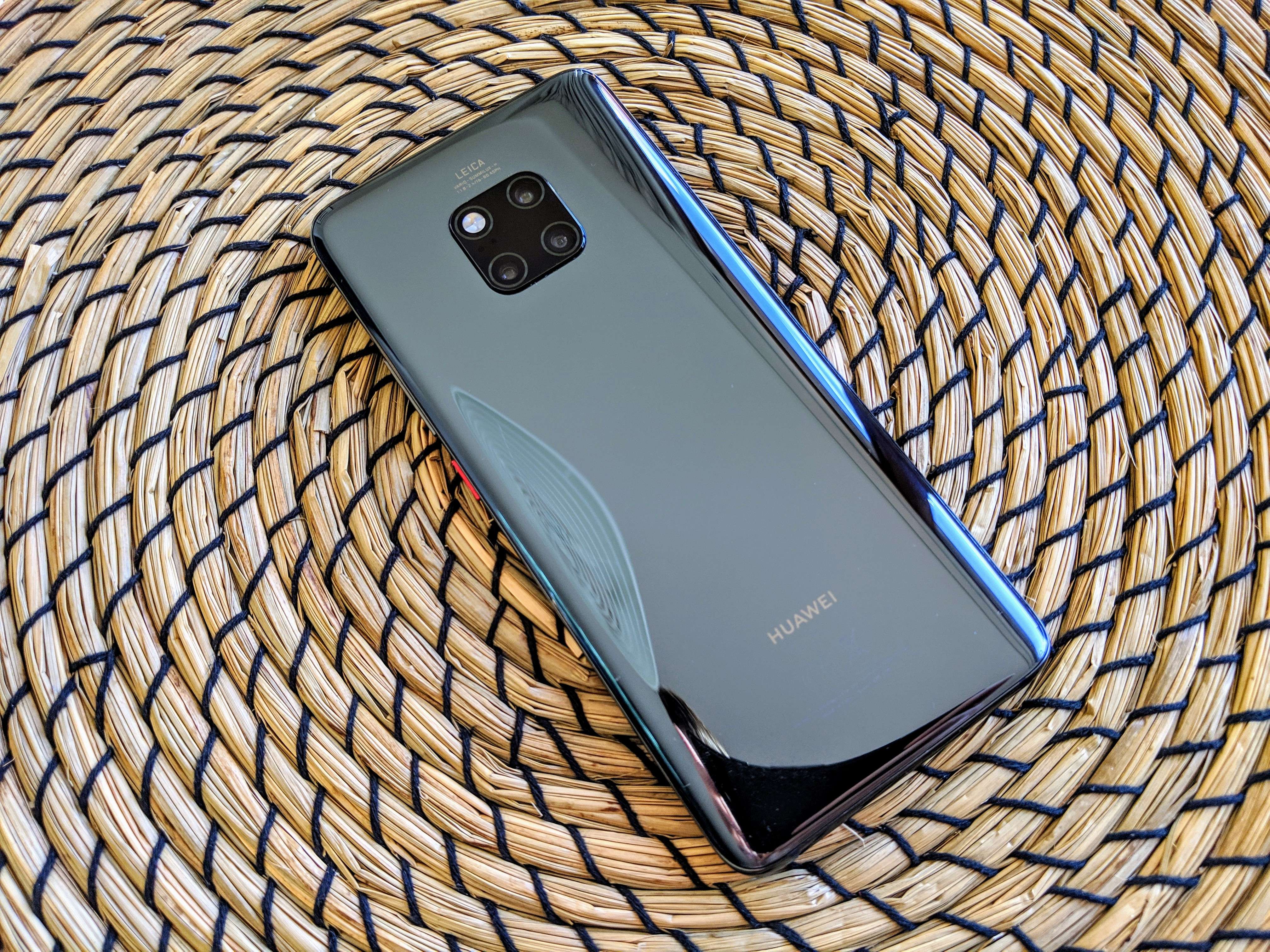 The Mate 20 Pro is also capable of wireless charging at an equally unmatched 15W charge and, to round out this impressive battery offering with a feature no other smartphone in the world has right now, you can wirelessly charge other wireless charging enabled devices directly off the back of the device.

The Mate 20 Pro is the best smartphone from Huawei to date and easily one of the best phones on the market right now. We previously claimed that the P20 Pro was the smartphone to beat in 2018 and, well, Huawei have done that.

They have taking everything that made the P20 Pro such a standout device and improved on them in every way. The versatility of the Mate 20 Pro’s Triple Leica camera set up is second to none, its massive battery could easily last you 2+ days and the overall user experience has been much improved.

The Huawei Mate 20 Pro is available from November 8th with a more detailed breakdown of the various networks and outlets’ offerings below: