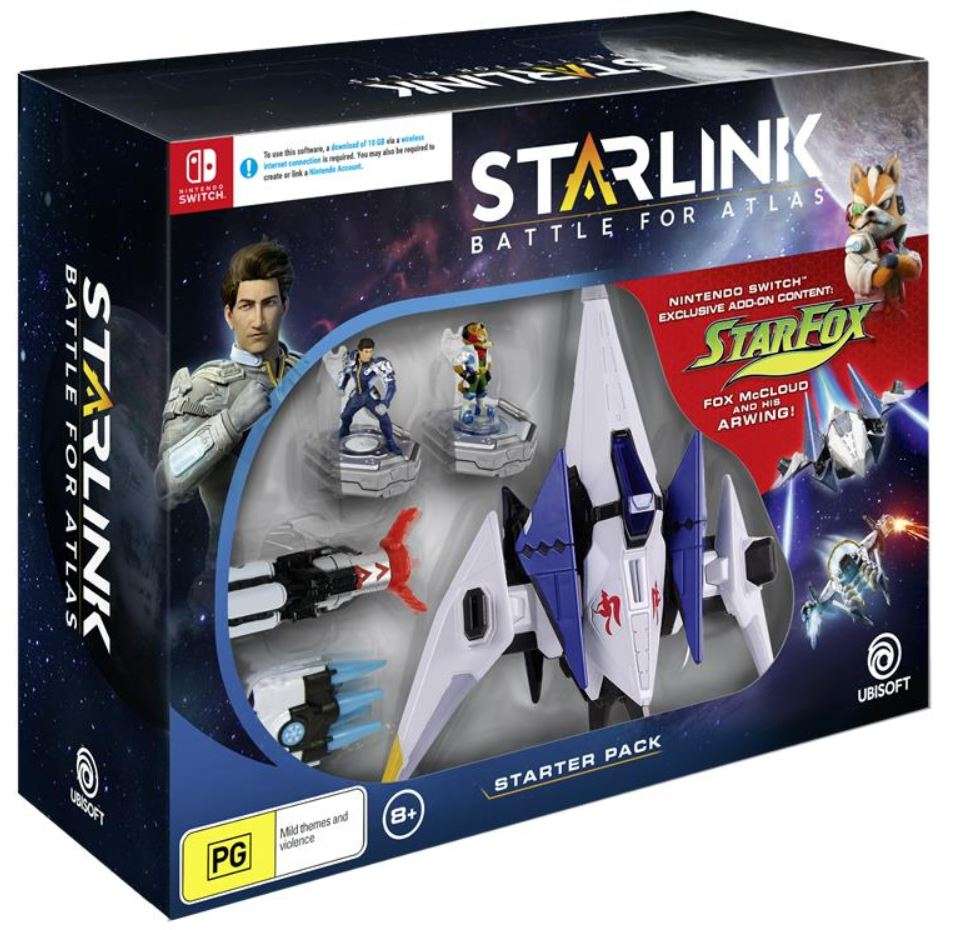 We’ve been playing Starlink: Battle for Atlas on Nintendo Switch from Ubisoft for a couple of weeks now and so far our journey with Fox McCloud and the rest of the team has been pretty good. Starlink is an open world space shooter / exploration game. It has a look of ‘No Man’s Sky’ about it, but that’s where the similarities end.

There are 2 main ways to play Starlink:Battle for Atlas: 1) The digital version or 2) the physical version. ‘But don’t most games have both digital and physical versions of the game?’ I hear you ask. While this is true, there is a unique aspect to the physical version of Starlink. The unique selling point for this particular title are the ‘interactive toys’ and I use the word toys loosely as they are figures more than anything and quite impressive ones at that. 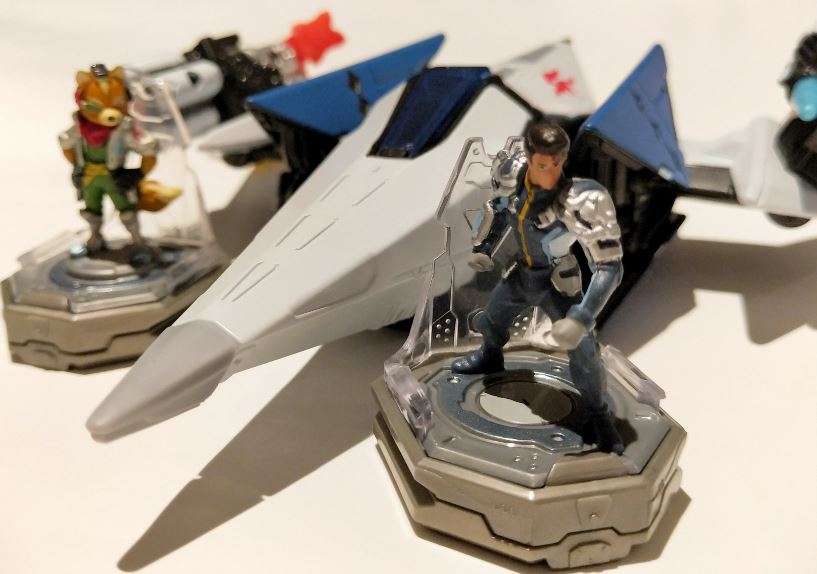 When you buy the physical version of Starlink, you get a start pack. On the Switch you get 1 spaceship, 2 pilots and some weapons. You need these to play the game. It comes with a controller mount, which on the Switch you slide the Joycons into. In Between the Joycons is where you mount the pilot, ship and attach the weapons. You can change out the weapons payload / pilot / ship at any time simply by physically removing them and adding the new ones. This is a really unusual way to play a game like this, but it’s a lot of fun. Different ships have different characteristics (shields, agility, speed, etc… ) and the different weapons have different effects on the various enemies. To augment the starter kit, you can buy new ships, pilots and weapons to add to your arsenal over time!

If the constant changing of the physical aspects might put you off, the good thing is once you unlock them in the game, you don’t need to keep grabbing the physical weapon / ship and you can just select it from the menu system. That brings us onto the digital version of the game. If you go this route, you won’t have the cool ships to display on your shelf but you will get access to more ships and weapons for the same price! Which is nice. 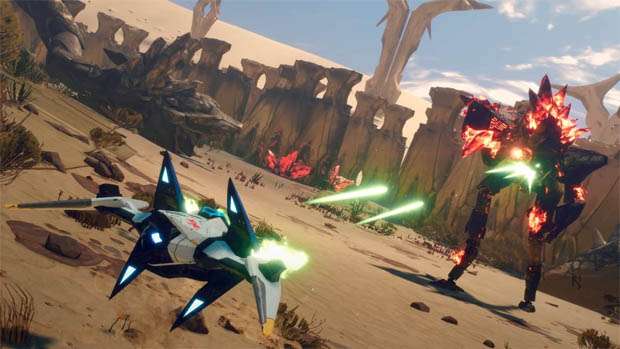 On the Nintendo Switch version of the game (the platform we are reviewed the game on), you get exclusive integration with Star Fox and can play as Fox McCloud. Given this was something that came to pass later in the games development, for most of the time, the integration is pretty seamless. There are one or two areas where the Star Fox gang are hanging out in the background rather than being fully integrated into the cut scene, but that’s more the exception than the rule.

Starlink: Battle for Atlas, as previously mentioned, is 50% action and 50% exploration. It’s easy to get from one planet to the next doing missions, collecting new pilots and upgrades for your ships. Each planet has its own look and feel and you are in your ship pretty much all the time (it’s where all the combat is done anyway) so, your ship is really the character rather than the pilot. 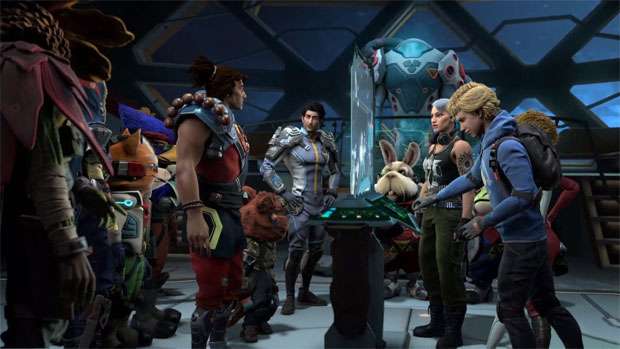 When it comes to the story (no spoilers ahead), I found myself enjoying it. It’s a fairly simple story to follow and kept me wanting to progress through the game. At its core, the story follows our group who are on a mission to free the Atlas system from Grax and the Forgotten Legion. So your classic ‘good vs. evil’ narrative arc.

Overall, we’ve really enjoyed playing Starlink: Battle for Atlas, especially on the Switch as you can play it when you’re out and about. It’s the type of Switch game I’ve been waiting for for quite some time and hope we see more of the Starlink gang in the future!