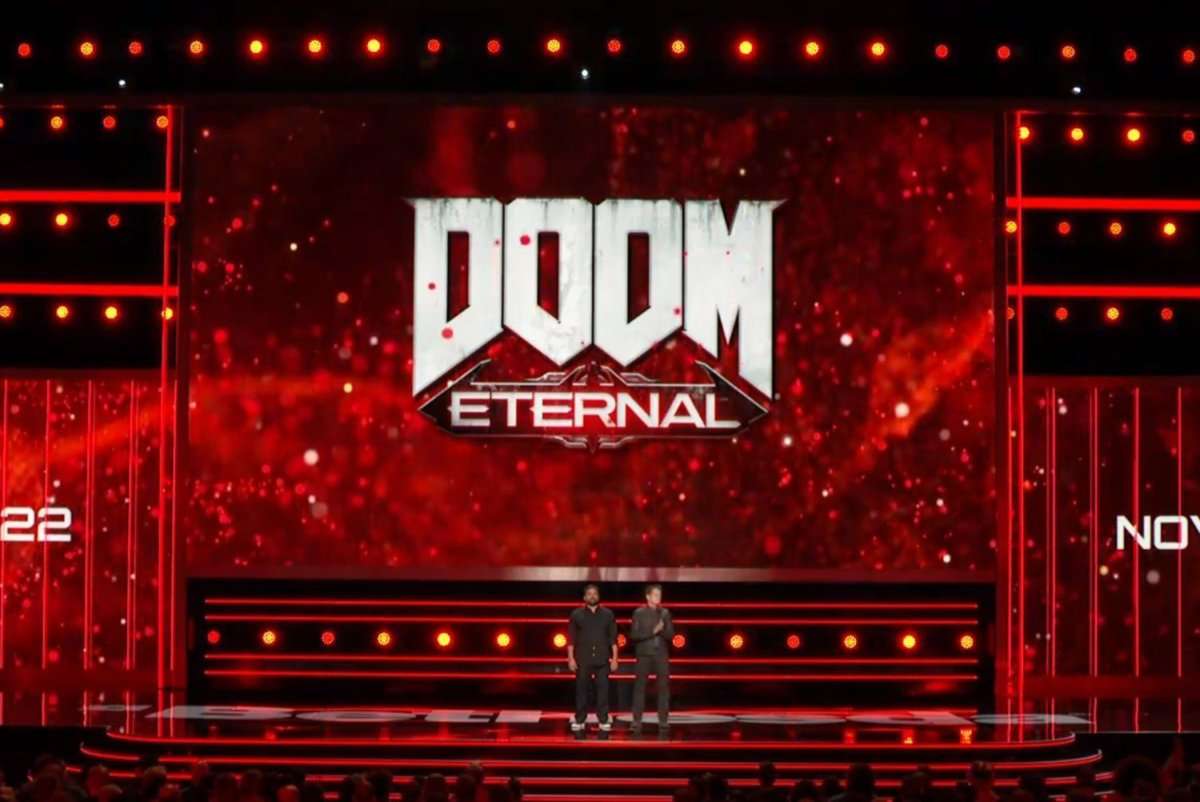 Bethesda were second to the stage for this year’s E3 proceedings after Microsoft’s offering and, for Irish fans anyway, the 2am start time might have resulted in many of you sleeping through what Bethesda had to show off. Fear not, as we’ve gathered all of the trailers from the event right here for your viewing pleasure starting with Elder Scrolls: Blades which is making its way to the Nintendo Switch.

The Elder Scrolls: Blades hacks ‘n slashes its way onto the Nintendo Switch later this year. Carry over all your progress from the mobile version or start a new adventure from scratch. Playable in docked or tablet mode, Blades on Switch takes advantage of the platform’s unique Joy-Cons and motion controls to support a variety of playstyles.

Introducing BATTLEMODE, DOOM Eternal’s brand-new 2 versus 1 multiplayer experience built from the ground up at id Software. A fully-armed DOOM Slayer faces off against two player-controlled demons, duking it out over three rounds of intense first-person combat.

Rid Paris of its Nazi problem together with a friend in Wolfenstein: Youngblood, the first co-op game in the series’shistory. Set in a twisted 1980, step into the power armor of the “Terror Twins,” Jess and Soph Blazkowicz, on a mission to find your missing father BJ.

Announced at the 2019 Bethesda Showcase, watch the announcement teaser for “DEATHLOOP,” a first-person action game from Arkane Lyon.

Teased at the 2019 Bethesda Showcase, watch the trailer for Ghostwire: Tokyo, a new action-adventure game brought to you by the team at Tango Gameworks.

The Season of the Dragon continues with The Elder Scrolls Online: Elsweyr and beyond. Dragons have emerged from the Halls of Colossus, and they now threaten to burn down all of Tamriel. Wielding powerful new weapons and abilities, unlikely allies must band together in order to defeat these legendary monsters.

As new conflicts emerge in the ancestral home of the Khajiit, so too does the next expansion for The Elder Scrolls: Legends with Moons of Elweyr!

It’s time to kick some asteroid! Commander Keen returns in an all-new mobile adventure from ZeniMax Online Studios. Play as Billy and his twin sister Billie as they race to save the galaxy with their zany collection of gadgets and a whole lot of attitude.

Dadmiral Keen has been kidnapped, and only twin geniuses Billie and Billy can save him! Commander Keen returns in an all-new mobile adventure from ZeniMax Online Studios. Utilize a zany collection of gadgets that blast, bounce, and baffle your enemies in the solo Story Mode, or go helmet-to-helmet against your fellow commanders in Battle Mode. It’s time to kick some asteroid!

RAGE 2 ‘All the RAGE’ Trailer

A Pilotable Mech? A giant Sandworm? New vehicles? A new faction!? There’s a lot coming to the wild wasteland of RAGE 2. Watch the official E3 trailer for a preview of some of the newness coming to the game, including a preview of our first DLC expansion, Rise of the Ghosts, coming later this year.