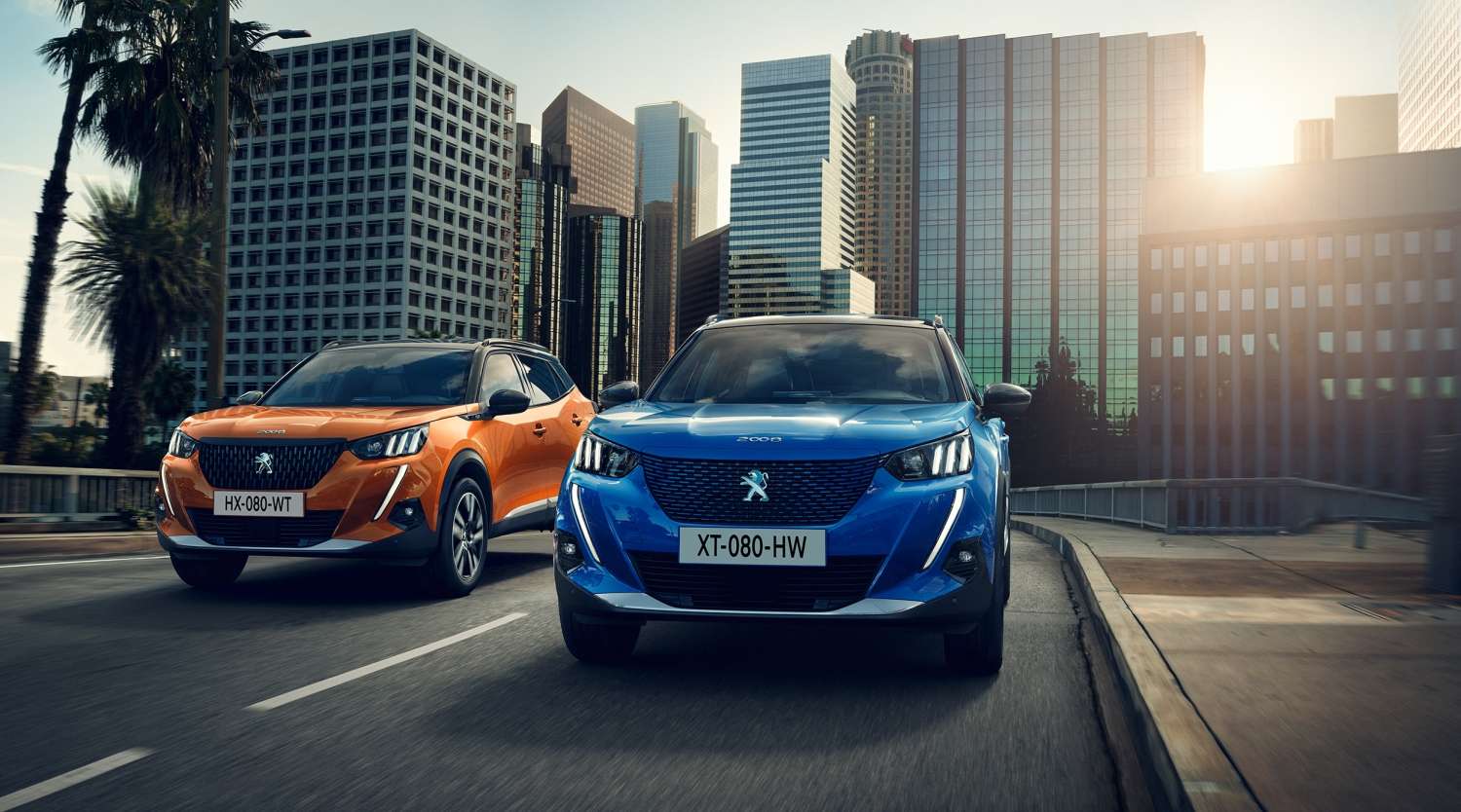 PEUGEOT has released the first images of the all-new 2008 SUV. The new-look 2008 offers a choice of 100% electric, petrol or diesel powertrains. It adopts the very latest equipment and driving aids, together with PEUGEOT’s latest-generation 3D i-Cockpit. Due in Ireland in spring 2020, prices and equipment levels for the new 2008 and e-2008 range will be announced closer to launch.

Gowan Distributors are the Peugeot Importer in Ireland, said: “The all-new 2008 SUV is the second vehicle introduced into the PEUGEOT range where the customer can choose from a conventional petrol or diesel engine, or a 100% electric variant without compromising on technology, looks or driving sensations; other than some distinctive styling touches, the model exterior and interior remains the same no matter the powertrain.

We strongly believe this approach allows customers to opt for the model of their choice, and to then select the powertrain that best suits their exact needs. The all-new 2008 SUV is another step forward in our commitment of having an electrified version, across our entire PEUGEOT range, by 2023.”

Longer (+14cm) and wider (+3cm), the new PEUGEOT 2008 SUV offers rear passengers more room than its predecessor model. The boot volume gaining 10 litres (434 litres), even with an electric battery in place;  the 50kWh battery is positioned under the floor of the all-new e-2008 SUV, so there’s no compromise to boot or interior space whichever powertrain is selected. Indeed, a variety of new storage spaces can be found on board, to include ample room under the front centre armrest, in front of the gear stick, and more discreet storage at the bottom of the central console.

The all-new PEUGEOT 2008 SUV features the latest version of the 3D i-Cockpit®, with a compact steering wheel. The new head-up display, with key information projected in hologram form close to the driver’s eye-line, helping to improve reaction times. The centre console comes with a 10-inch colour touchscreen (depending on trim), with 3D Navigation. Every all-new 2008 SUV model comes standard with MirrorScreen®, enabling MirrorLink®, Apple CarPlay™ and Android Auto connectivity.

A range of new exterior colours will debut on the new 2008, to include Elixir Red, Vertigo Blue and Fusion Orange. The interior environment can also be personalised with a choice of 8 LED colours.

The all-new e-2008 SUV is also available with a 100kW (136bhp) electric motor and 50kWh battery. Under real world WLTP testing, the 100% electric zero-emission SUV will achieve a 310km range. Charging time depends on the power available: 16 hours for a full charge from a domestic plug; between 5 hours 15 minutes and 8 hours for a complete charge with a Wallbox (three phase 11kW or single phase 7.4kW); 30 minutes to recover 80% of the battery with 100kW fast-chargers. With the MyPeugeot® app, owners will be able to pre-set the charging times, heating and air conditioning. They will also be able to check its current charge level remotely.

A series of unique styling cues help set the all-new e-2008 SUV apart from its petrol and diesel counterparts. The body coloured checkered front grille sports a sparkling dichroic Lion emblem, with reflections alternating between green and blue. An “e” monogram is fixed to the front side panel and tailgate. Inside, the GT trim is fitted with exclusive Alcantara seat upholstery. Animation of specific information illustrating the operation of the powertrain in real time, accessed through the 3D digital instrument panel. This can also be projected, like a hologram, via the colour screen.

First launched in 2013, PEUGEOT has sold more than one million units of its star-selling 2008 SUV. With the new-generation model, PEUGEOT aims to remain a leader of the SUV market in Europe. It is the second 100% electric vehicle from PEUGEOT, following the all-new e-208, announced earlier this year. PEUGEOT has pledged that by 2023, its entire model line-up will feature an electrified version.

Our friends over at EV Platform had the Honda e for a week recently, and took the car for a…

Premium German tyre manufacturer, Continental Tyres, is advising Electric Vehicle (EV) owners that when it comes to replacing tyres on…

Feb 2021. With the legislation for escooters coming down the line here in Ireland, the ekickscooter space is going to…