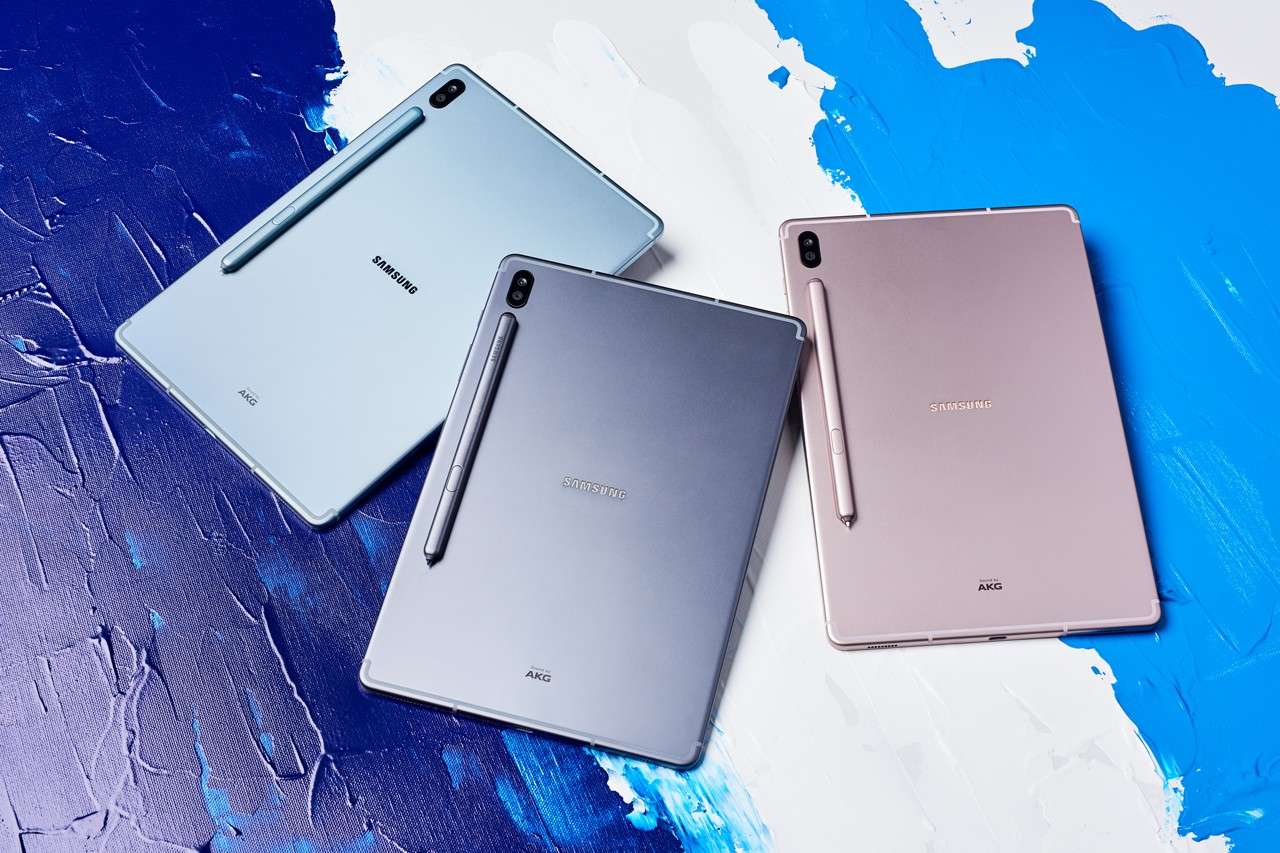 As expected, today, Samsung has just taken the wraps of its new high-end tablet, the Galaxy Tab S6. Built from aluminium, it features a 10.5-inch Super AMOLED panel with a resolution of 2560 x 1600 pixels, or 287 pixels per inch. For those of you not keeping track, that’s the same pixel density as last year’s Galaxy Tab S4 and the recently released Tab S5e. Beneath the screen is an optical fingerprint reader, just like the one found on the latest Galaxy S10. 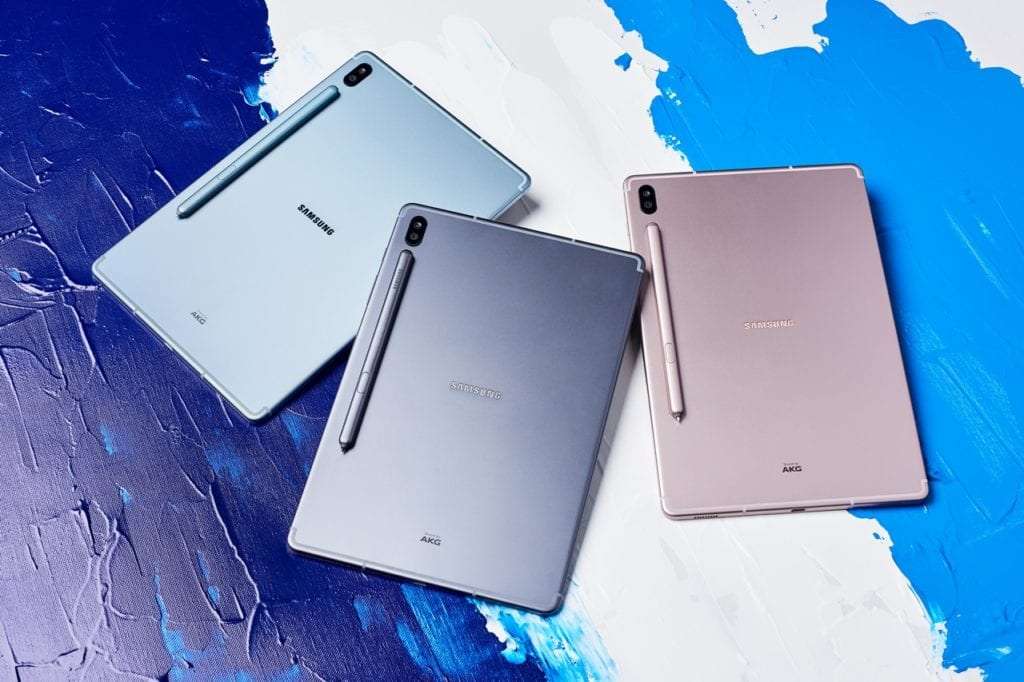 Samsung has really outdone themselves when it comes to shaving fat off its devices with the new Galaxy Tab S4 coming in at only 5.7mm. For comparison, the Galaxy Tab S4 was an already thin 7.3mm. It’s also lost some weight on now comes in at only 420grams. This makes it lighter than the two 10 inch models currently available from Apple.

When it comes to audio, Samsung’s acquisition of AKG is till understandably being utilised with the new Tab S6 packing 4 AKG powered speakers, one in each corner of the device. These speakers are also Dolby Atmos enabled. 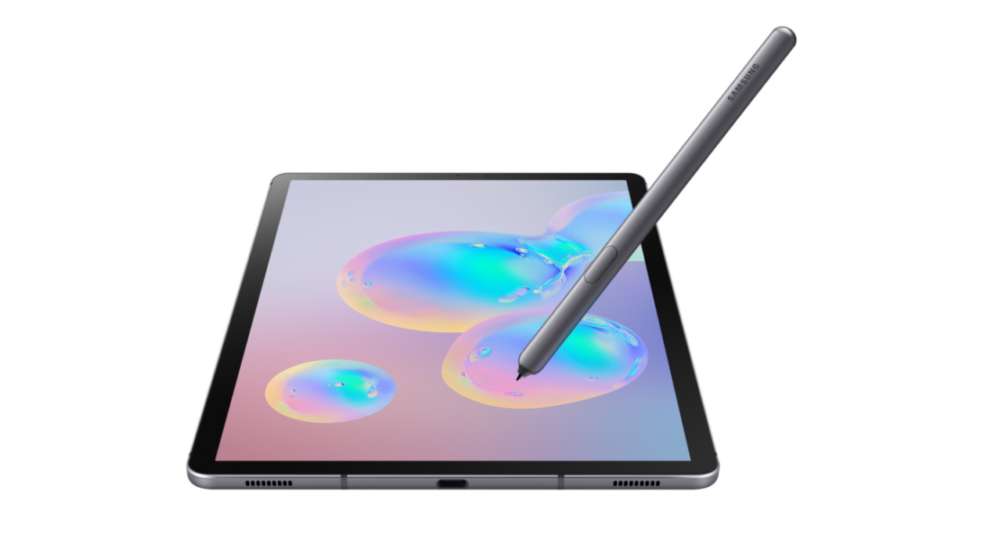 The S Pen makes a return but, this time, there’s a indented magnetised section on the rear of the tablet for you to store and wirelessly charge it. Its tip comes in at just 0.7mm thick, packs 4096 degrees of pressure and has its latency down to just 70 milliseconds. What all this means is that you should get an even truer to live ‘pen on paper’ experience than previous Tab S tablets. It call also be used to control slideshow presentation and the camera app, just like last year’s Note 9 upgrades to its own S Pen.

Around the back, Samsung has also ‘one-upped’ themselves, quite literally, by adding an additional secondary ultra wide angle camera lens for those of you who use your tablets to take photos when out and about. They two lenses come in at 13 MP f/2.0 + 5 MP ultra wide angle f/2.2. Around the front, you’ll find the single 8MP selfie camera which is more than adequate for video calls. 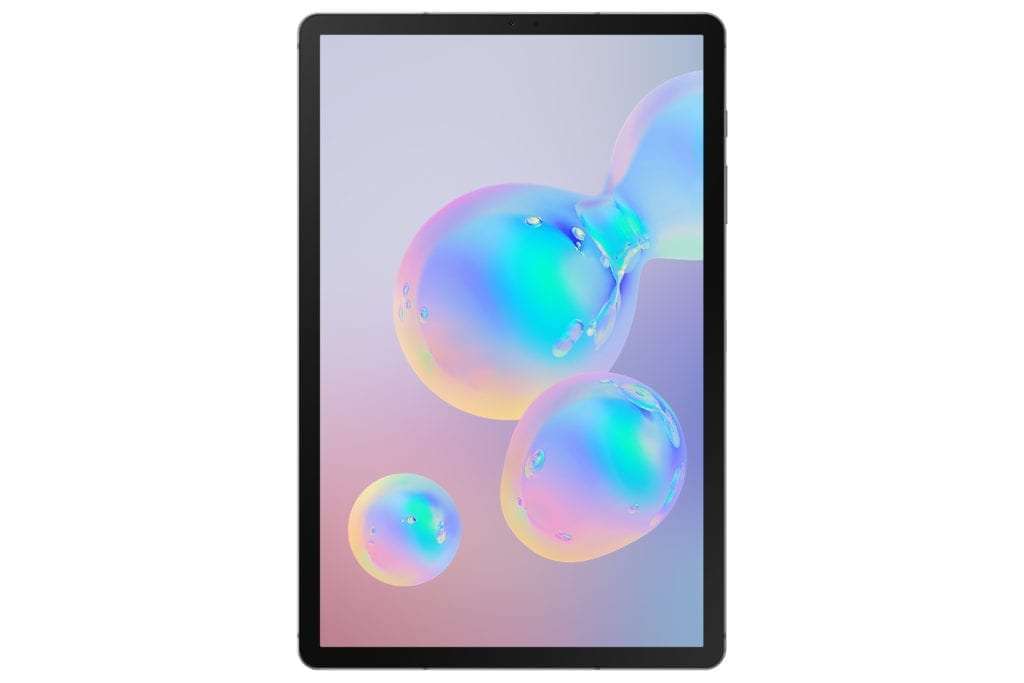 According to Samsung, the 7,040 mAh battery will allow around 15 hours of video playback.
Finally, owners of the Galaxy Tab S6 will enjoy four free months of subscription to YouTube Premium to enjoy videos without ads and to view offline.

The new Galaxy Tab S6 will come in Mountain Grey and Rose Blush colours and will be available in stores and online beginning late August. Exact pricing is TBC but we’ll be sure to update this article once we know more. 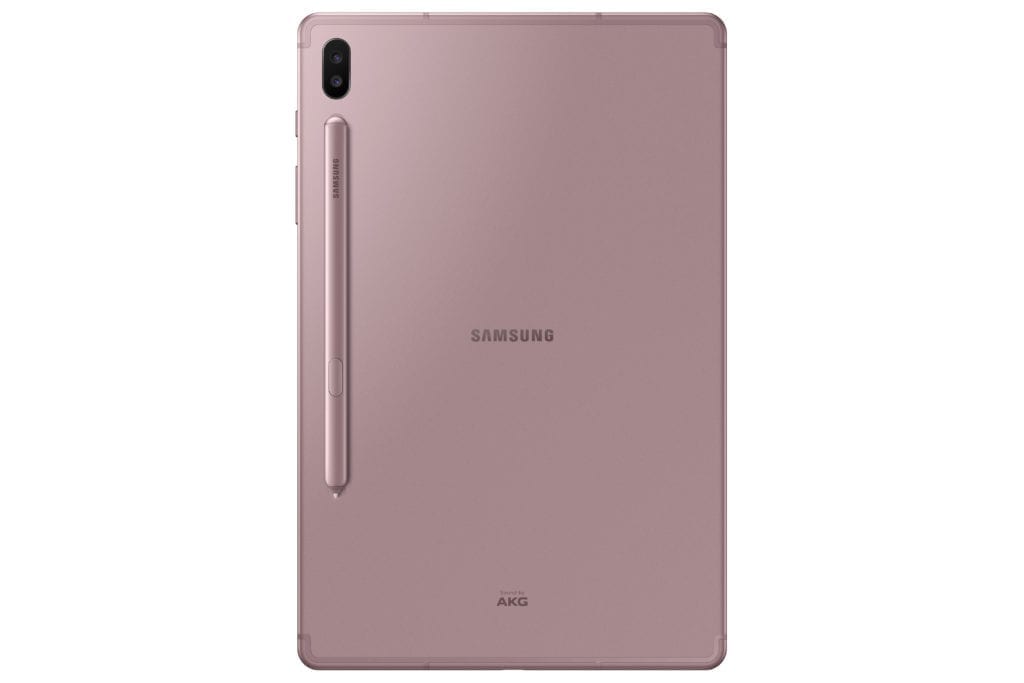 You can read more about the new Galaxy Tab S6 on Samsung’s own website here.