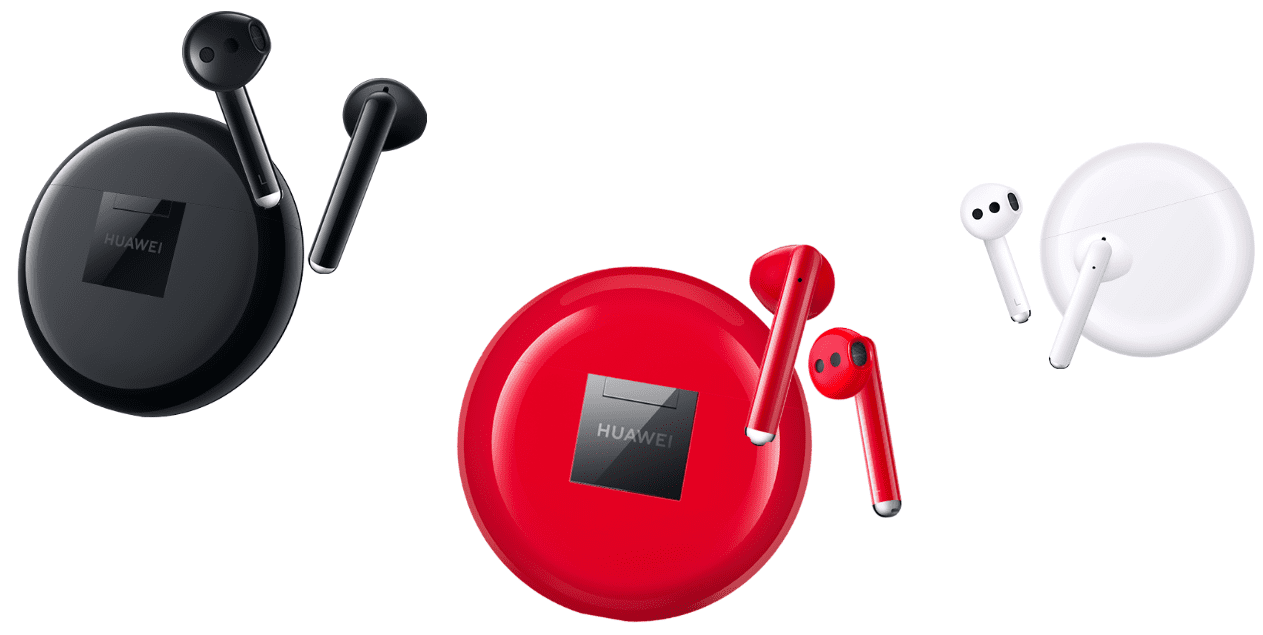 If you’re looking to the answer for what is the Android version of the Apple Airpod, well, look no further than the Huawei Freebuds 3. Well, that’s not technically true, as if you really wanted, you could use the Airpods with your Android phone, but would you really?

Visually, the Freebuds 3 could be mistaken for the Airpods, but that’s where things diverge. The Freebuds 3 are the only open style earbud that have Active Noise Cancellation (ANC) and the only earbuds in the world that have Bluetooth 5.1LE as well, so they have quite a few firsts for earbuds of this type. 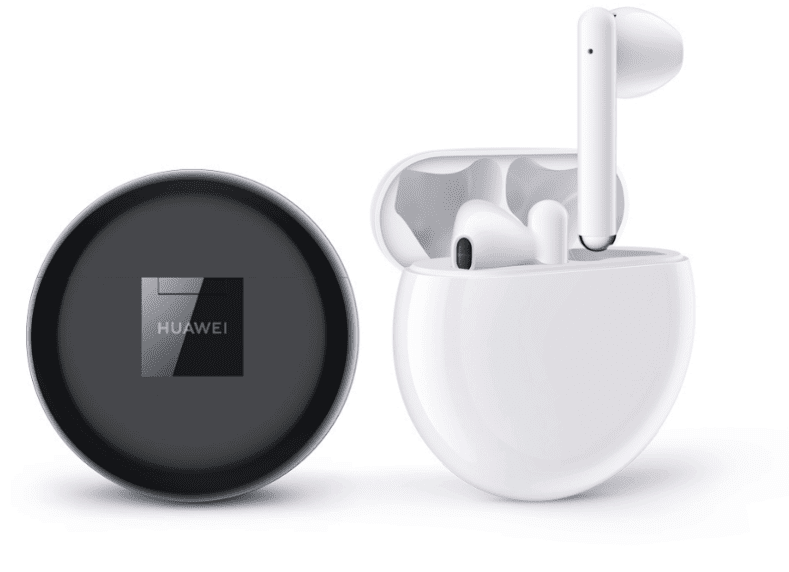 The Freebuds 3 come in 3 colours – White, Black and Red. They are all glossy and fairly easy to keep clean. The Freebuds 3 come in little glossy ‘puck’ like cases that include wireless charging. There’s a nice metal Huawei branded square at the hinge of the case as well. When it comes to wireless charging, you need to remember to put the case “front” down (as in the Huawei hinge pointing up – I didn’t realise this the first couple of times I tried to wireless charge them). Other than that, the case itself has a sync button and a USBC socket for charging (which is nice).

The earbuds themselves are neat. The stalk doesn’t curve in at the top like the competitors and I preferred this as they felt easier to handle. There are various sensors dotted around the buds themselves for detecting when they are in / out of your ears (exclusive to Huawei / Honor devices running EMUI10). At the bottom of the stalks is the microphones that are supposed to work in winds up to 20kmph and I’ve tested them, and they do in fact work in windy conditions. This is also helped by the bone conducting microphones built in as well. There’s obviously a bunch of microphone holes as well that help with the ANC.

One other nice touch, if you are on a device with EMUI10, you get the nice popup when you open the case to show you the charge of each bud and the case it’s self. Its nice to see that implemented properly on an Android device. 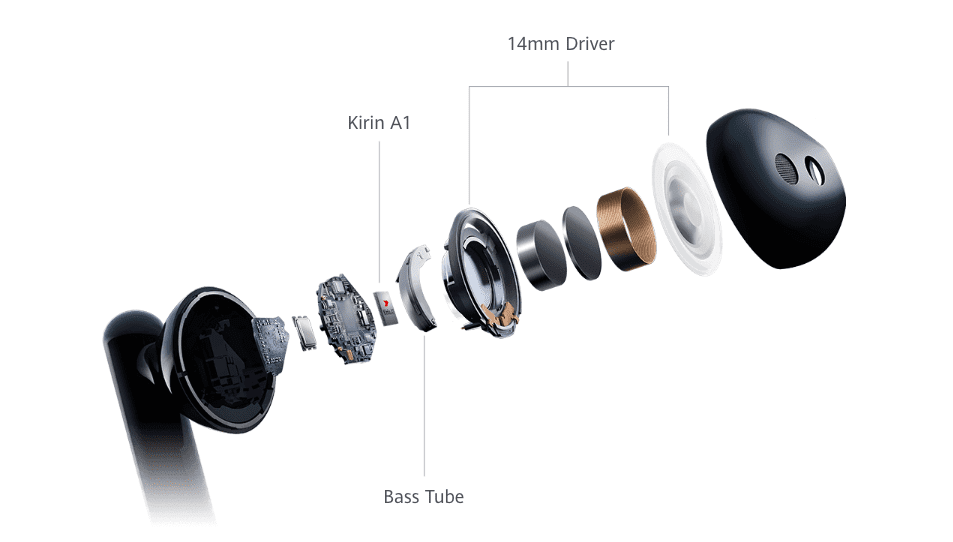 Speaking of ANC, Huawei says that they can cancel up to 16dB of outside noise even though they are an open style earbud. I was sceptical at first, but you know what, it works pretty well. It is great on public transport where it drowns out the hum of the engines and those sort of noises. Through the AI Life App, you can tweak the level of ANC and how you hear it (Huawei say this is because it needs to be personalise based on your ear canal). 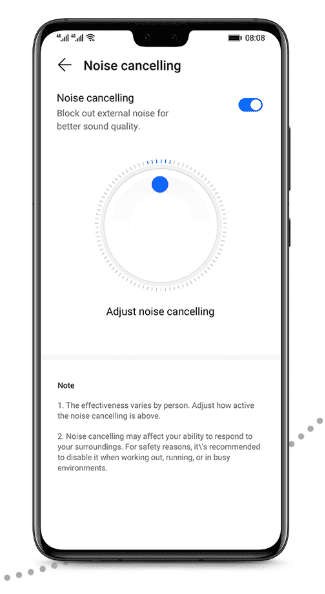 In terms of sound quality, honestly, I was a little taken aback by how good they sound. I had a few friends try them out against some other buds, and they much preferred the sound of the Freebuds to even some new earbuds with silicon tips that have Bose Noise Reduction built into them, and that surprised me. I thought I wouldn’t be into the sound at all, but it is so rich and with bass I didn’t think you could get from these types of earbuds. I kept going back to them again and again over any other earbuds I have.

At the heart of the Freebuds is the new Kirin A1 chipset. As mentioned above, it’s the world’s 1st Bluetooth/Bluetooth LE (Low Energy) Dual Mode 5.1 earbuds. They also feature Huawei Isochronous Dual Channel Transmission, so what that means is the left and right channels are sent to both earbuds at the same time in sync and separately. While that sounds very complex, what it actually means is a rock solid connection, which for me, never, not even once, dropped a single beat of what I was listening to. I’ve never not had earbuds drop out on me so having such a stable connection is the holy grail of completely wireless earbuds. 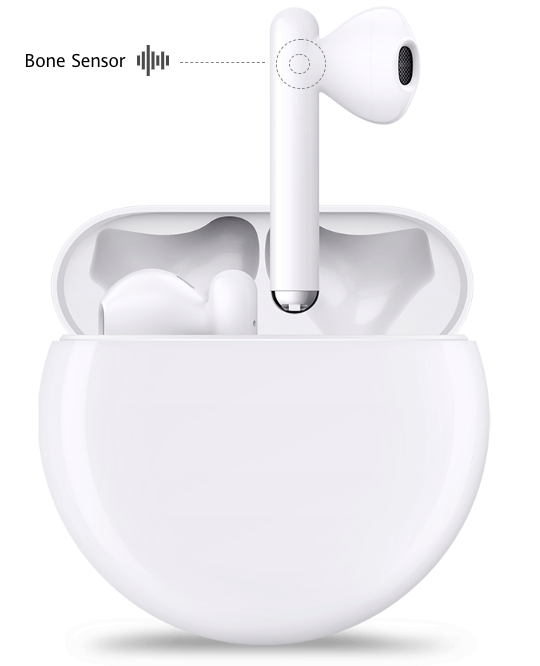 The battery life is ok. You can get up to 4hours of playback on a single charge of the buds and up to 20 hours of total playback using the case as well. You can top up the earbuds in about an hour from 0 – 100% and the same is true of the case when charging via USBc 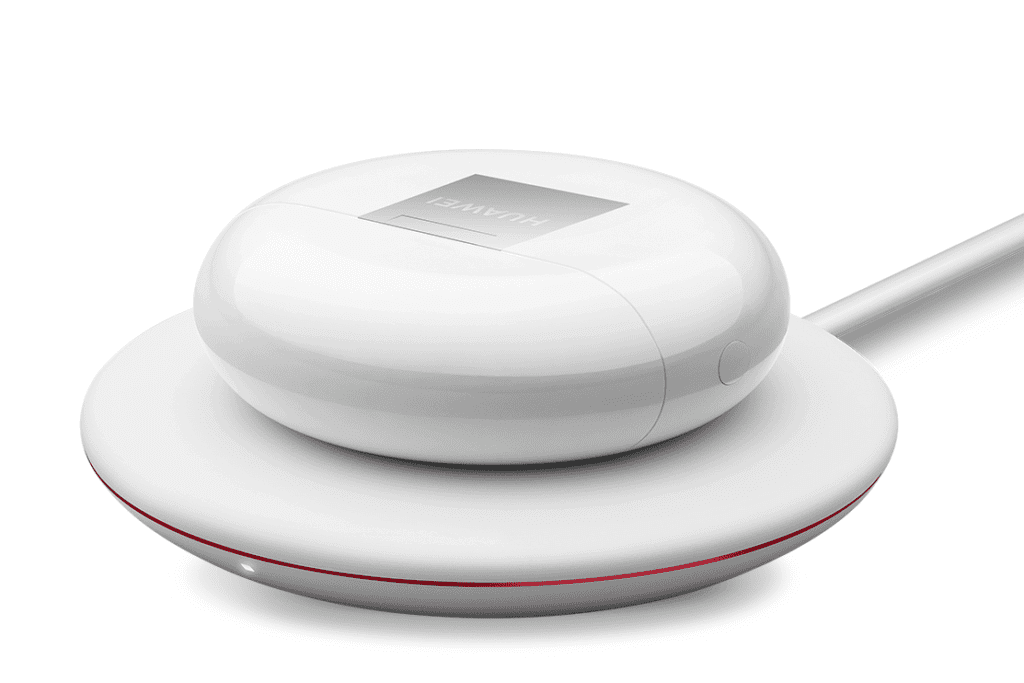 The Huawei Freebuds 3 are extremely light (about 4.5g per bud), so they are comfortable to keep in for extended period of time and you shouldn’t notice any fatigue. The sound excellent and have some great features you can’t find else where. The ANC works way better than expected and if you have a Huawei Phone (or an Honor phone), running EMUI10 then they are the perfect Pair. If you don’t have a Huawei phone, these will still work great (you’ll just lose out on some of the feature like the pause when you remove the from your ear, but that’s a little sacrifice for something that sounds as good as these.

You can but the Freebuds 3 now from various retailer from about €179 euro.