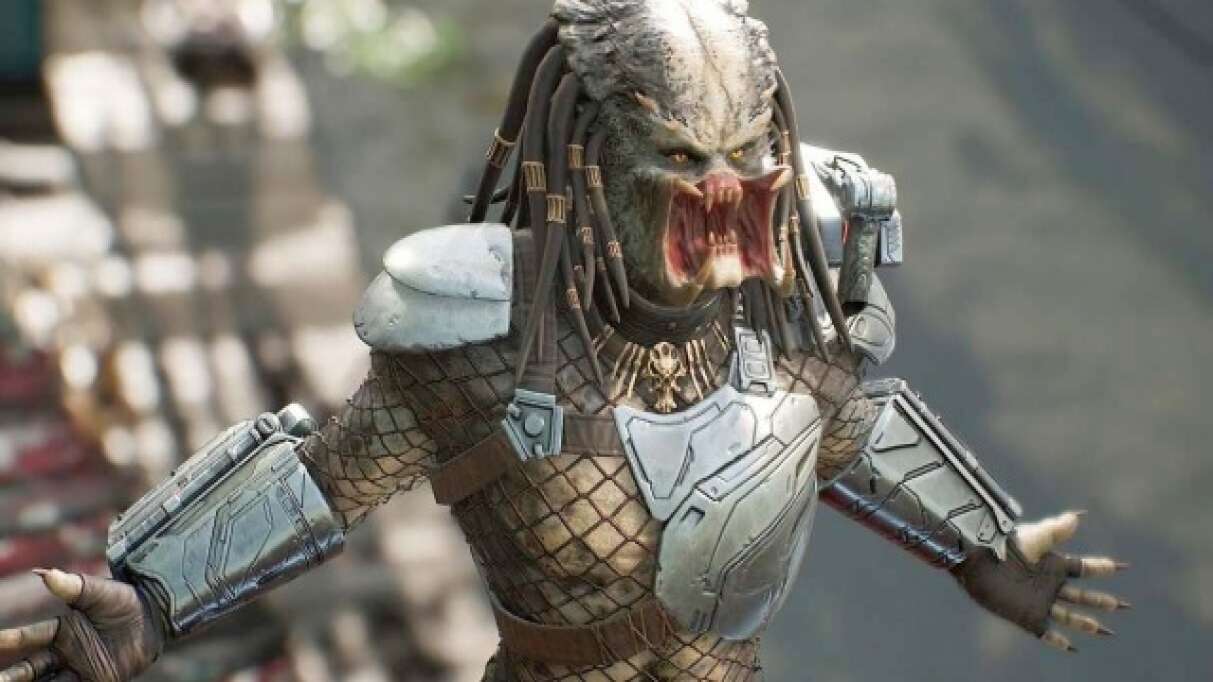 ​Predator: Hunting Grounds is a game developed by IllFonic and published by Sony Interactive Entertainment and is available on the PS4 and PC. The game is based on the Predator film franchise which first began in 1987 and has since spawned multiple sequels and reboots, with the latest film being released in 2018. Predator Hunting Grounds is an online only game and has no single player component, except for the tutorial.

When first seeing the trailers and initial images for this game, I must admit, it did capture my interest. It looked pretty well thought out and had some serious nods to the original film. Having played with the game for a few days now, I can firmly state that the experience for the player is actually very average and sometimes not great at all. The game isn’t a total disaster and still has its moments of fun, but these are only brief. 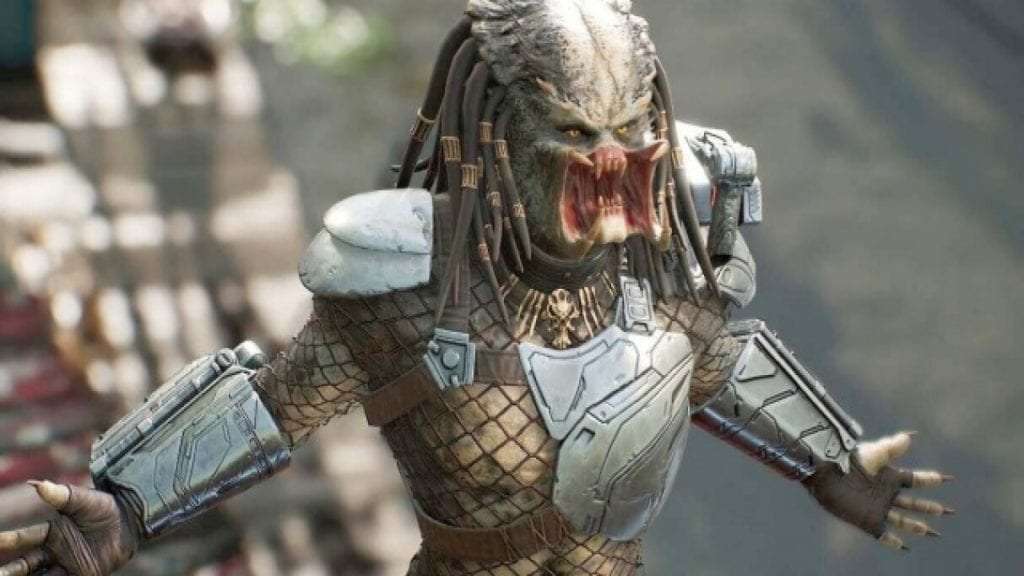 In this game, the player will be able to play online in quick matches as either the Predator or as a human in a team known as ‘Firestorm’. Queue times during the launch period are a bit mixed. You can choose to queue as a Predator or as a human or both if you would prefer to get a game quicker. Queuing as a Predator takes a little longer than queuing as a human. Sometimes I would get into a game in 30 seconds to 2 minutes and other times I would be waiting 10+ minutes for a game and that was when I was queuing for both roles.

Playing as a Predator will have you play as the iconic Predator character where you take on the role of a hunter. It’s your job to hunt down the human players and kill them all. That’s all there is to it.

As part of this play-style, you get access to some stealth options. You will be able to go invisible to stalk your enemies or hide in plain sight. You’ll also be able to use heat sensors to see enemies hiding in trees, which you can mark as targets. The Predator has melee attack weapons so you will need to get in close to take out an enemy. 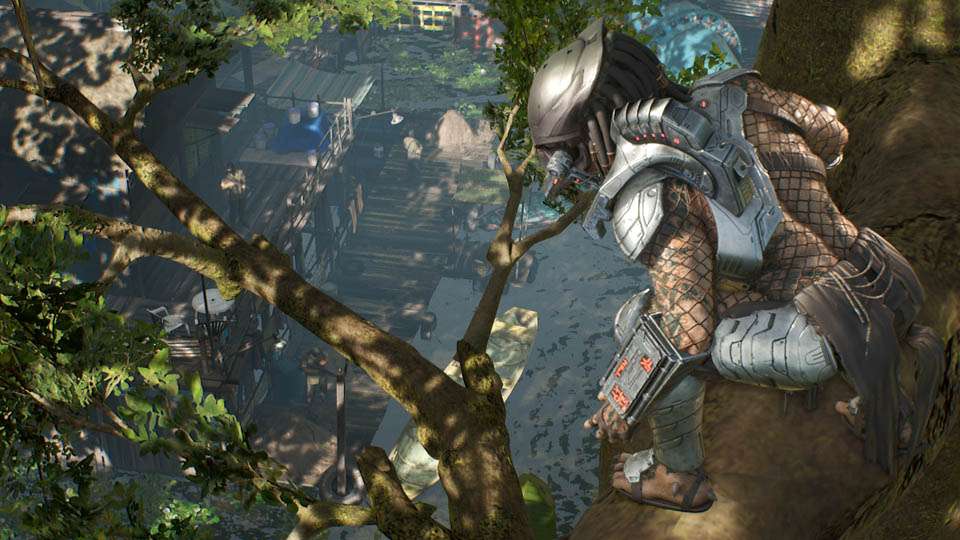 There are also some guns that the Predator has, which are quite explosive. Using things like invisibility or firing a weapon as the Predator uses up energy so you do have to use it sparingly. You can also scale trees and jump from tree to tree to scope out enemies from high above. Speaking of which, this particular gameplay mechanic is actually pretty well executed and my favourite part of the game. One comment I do have when playing as the Predator is that I felt a little too powerful so it was too easy to win games. I didn’t feel much of a threat at all from the human enemies, even when they were grouped together.

This leads us on nicely to the other part of the gameplay which, you guessed it, will see you play as the humans. You will be in a team with other players and have objectives to complete on the map. The entire time you are in the team and trying to complete the objectives, the other player who is playing as the Predator will be hunting you. This part of the gameplay is fine and the objectives are easy to complete so it’s not too taxing from a tasks-based point of view. You also have a variety of weapons such as assault rifles, hand guns and sniper rifles to choose from. 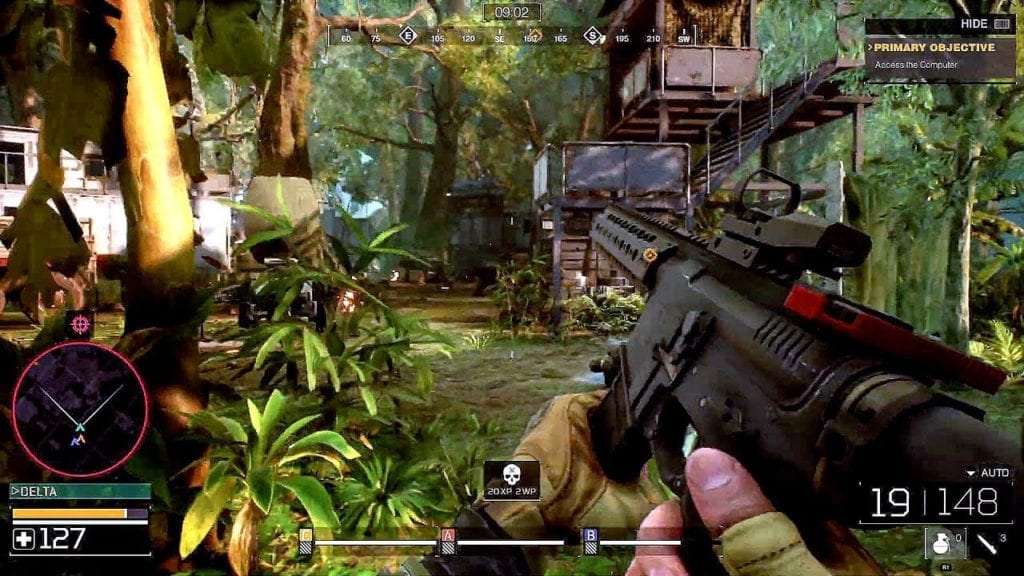 In every game I played, even though I could see the Predator and my team identified where the Predator was, I found the monster to be too powerful, there was virtually no chance for me as a human player to avoid death if a Predator appeared right before me and unless I had my full team’s cooperation, I don’t see how it’s possible to win. Unless the player playing as the Predator is awful, there’s not much you can do to take one down.

This is a game where I would say that if you were to play with a group of friends and you were all on the mic together, working together and having fun. That this would actually be a pretty fun experience gameplay wise. Going in with a bunch of randoms who don’t cooperate with each other is a little frustrating and the experience is much like when you play a game of COD online and nobody is following the objectives at all. 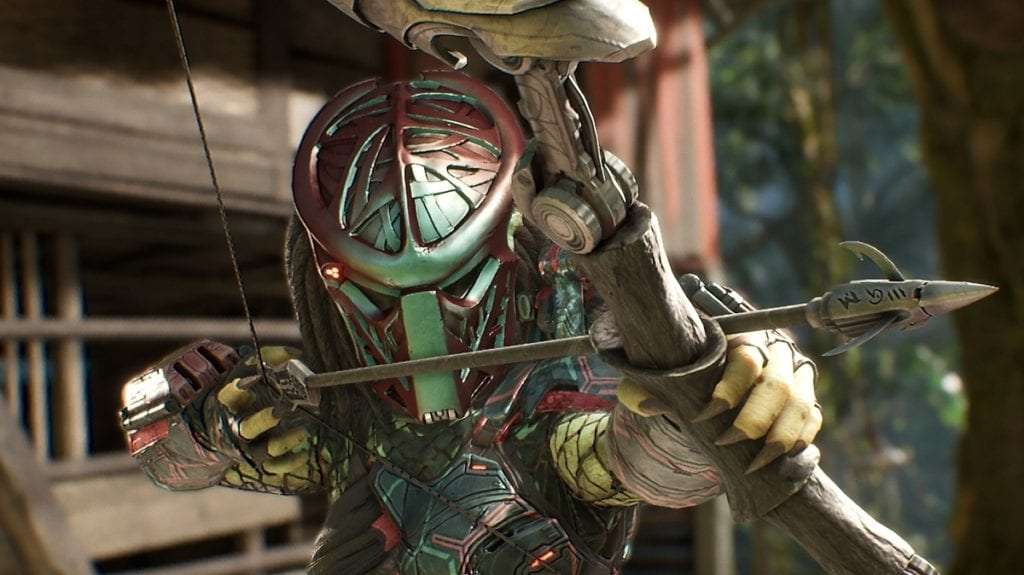 Like most online games, Predator Hunting Grounds has an unlock system. As you play through the game you will earn points. These points can be spent on weapons, skins and loot boxes. I opened a bunch of loot boxes and got a bunch of weapon skins. There’s also different accessories for your human characters, which are purely cosmetic, but you can wear in the game. This is all nice, but I don’t know how much longevity there is in this game’s replay-ability. I could see myself playing this for a few weekends at most with friends, but probably not much more than that.

When you first launch Predator Hunting Grounds and see the menu for the first time, you will hear the iconic Predator theme playing playing, this will get any fan in the mood for some fun. This is probably the peak of the musical experience in the game, as most of the game is completely without music at all.

Weapons do sound pretty good and when playing on the human side, explosive sounds are also decent. The predator has a nice sounding explosive weapon, but the melee sound effects leave a lot to be desired.

The graphics are probably the most disappointing part of the game. While they do look okay, this would have been a great looking game if it launched in 2015. In 2020, the graphics do look very dated and they look more like a PS3 game than a PS4 game. I never really got the impression that this game was high budget and I don’t think it presents itself that way either so I didn’t expect the graphics to blow me away, but they did surprise me at times how dated they were. 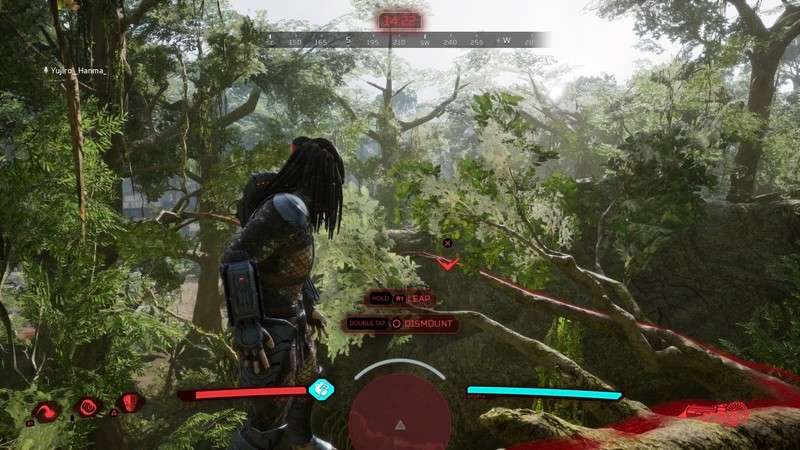 The animations for the tree climbing and tree jumping were better than most other sections of the game and it looks like the developers put a lot of work into this area of the Predator Hunting Grounds experience. This part of the game was very smooth and presented well. I just wish the rest of the game was as good.

I would recommend only getting this game if a bunch of your friends also have it and you can go in and play with them. Going in alone is fine as well, but it’s probably more fun if you have people to chat to and work with. Playing as the Predator is the highlight of the experience, but the monster is so over powered that it isn’t really challenging. Finally, the overall presentation isn’t ever going to stack up against what Naughty Dog, Rockstar or even Ubisoft are putting out there so the game looks outdated, right off the bat.

Predator: Hunting Grounds is available now on PC and PS4. 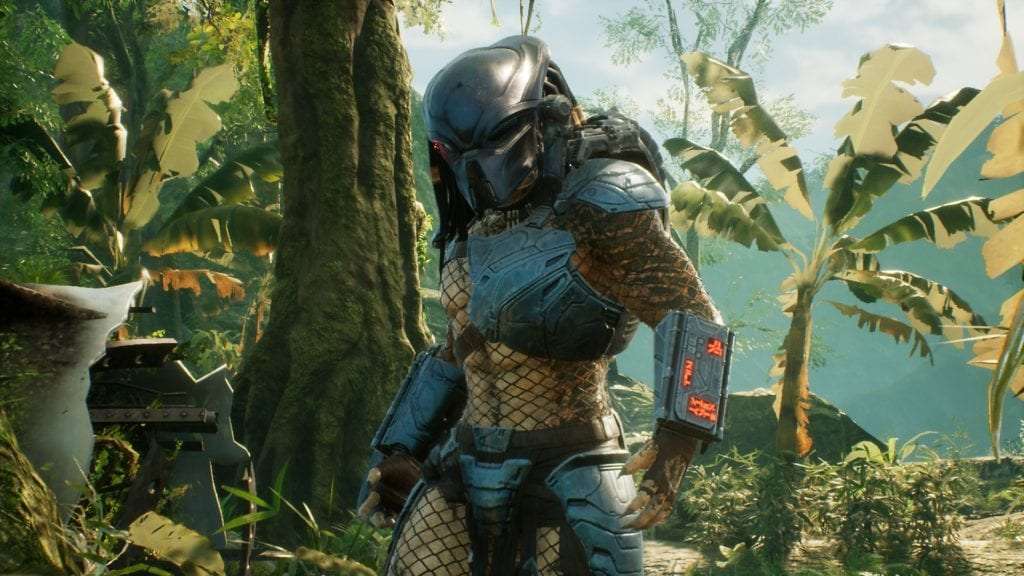