Ohme are coming to Ireland, might we get PAID to charge our Electric Cars?

Conversation surrounding charging an electrical car is typically about how long it takes. However, there are other aspects to think of. How much will it cost? How green will the energy be? In this Electric Vehicles motoring news update, I discuss the recent announcement that Ohme are entering the Irish market.

Charging an Electric Vehicle (EV) at home was originally a straightforward affair. You get home, plug it in, and get up to a full charge the next morning. Companies such as Tesla have pushed the boundaries, employing software developments that can control charging in a much smarter way. As the electric vehicle industry becomes much more sophisticated, ancillary products such as EV chargers are racing to keep up. One of the companies keeping pace is about to launch in the Irish market.

Ohme Technologies are a London based company that specialise in smart EV chargers for your home.  Their CEO, David Watson (originally from Cork), and the team of Directors come from diverse backgrounds including software, marketing and finance. Founded in 2017, it is a young company, but so much in the world of Electric Vehicles is new. 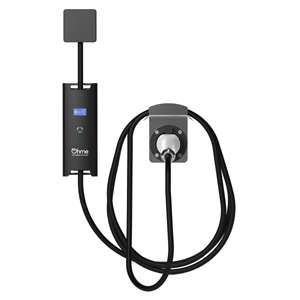 Built into Ohme’s ‘Intelligent EV Charger’ unit is what they call a ‘Brainbox’. It allows the charger to speak to an app and receive updated information on the ideal time to charge your car. This is all pre-programmable, or you can use the app on your phone to update the settings in real-time.

Ohme’s charging units are compatible with all EVs. You can also specify the type of connection that the charger draws power from. For example, if you don’t want a dedicated charger at home, you can buy the model that is fitted with a regular 3-pin plug. The cable length is five metres, and it comes with a carry case if you need it.

Pricing is not yet announced, but it is likely to be at the cheaper end of the spectrum. An SEAI grant of €600 is available toward purchase and installation. This will cover about half the cost in many cases. You can contact Ohme to put a reservation on a charger for when they are available.

Famously, Tesla utilise over-the-air software updates. In theory, this means that the car you bought may well be a better car six months later. Ohme is following suit. You pay for the hardware, and Ohme continuously develop the software and functionality in the background. 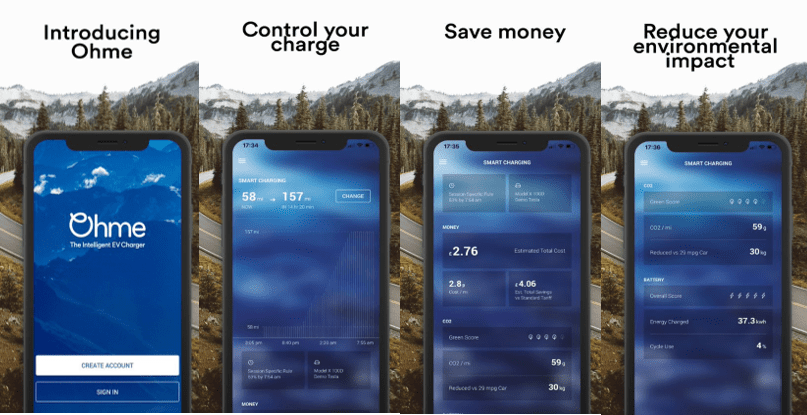 Apart from the potential of actually paying you to charge your car, Ohme’s app is perhaps its greatest strength. It will especially appeal to those that love data. The app will show you how much energy you put into the car, how long it took and how much it cost. Depending on your utility company, you can scan half-hourly pricing for the coming day.

ESB began rolling out smart metering in Ireland in Autumn 2019 on a programme that is to cost more than €1billion. A Smart Meter replaces the typical meter we all have at home with a unit that employs digital technology and a 2G connection to give accurate information on energy use. It is being done on a phased basis, and is likely to continue for at least another year. The functionality of Ohme’s ‘Brainbox’ will be unlocked as this transition occurs.

In addition to receiving price forecasting, the Ohme charger can also receive grid intensity forecasts. In general, the grid will be at its dirtiest around 6pm in the evening as fossil-fuelled generation is increased to cover demand. The Ohme charger can be told to avoid charging at these times, and to charge instead when CO2/kWh levels drop off, thus making your EV even cleaner. Furthermore, the Ohme charger helps disprove the long-debunked claim that a national switch to EVs will overload the grid. In fact, it will help to balance the grid by financially incentivising people to use surplus green electricity as our renewable infrastructure evolves. This will take a step further with the emergence of Vehicle to Grid technology. 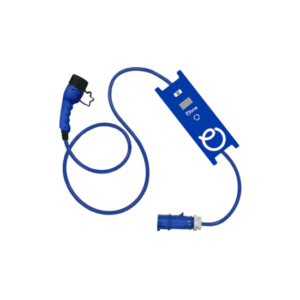 In the UK, there is huge excitement among many EV drivers that are using a combination of the Ohme EV chargers and the Agile tariff offered by utility company, Octopus Energy. Octopus set their half-hourly rates based on the wholesale price of electricity on the grid. When supply outstrips demand, Octopus pass on negative rates to their customers. This means that you can get paid to consume electricity. The Ohme charger receives the forecast of prices and charges your car based on these.  Some customers have been paid money to put 300+km charge into their car overnight. We all love getting a free lunch, but it’s even better to get paid to eat it.

Ohme is introducing a product to Ireland that is much lauded in the UK. It hits an attractive price point. It can be run as a ‘dumb’ charger for technophobes or be a smart charger for those that love a bit of tech and data. The charger is as future-proofed as they come, and will be even more relevant in Ireland as our infrastructure advances.

Ohme are to be welcomed into an industry in Ireland that is evolving rapidly. They are offering a product that will help usher us toward a future of electromobility. They won’t do it alone, but for now it seems they are doing their part.

Thanks to Blake Boland from EV Life Ireland for this review. See Blake’s IONITY network in Ireland review here.