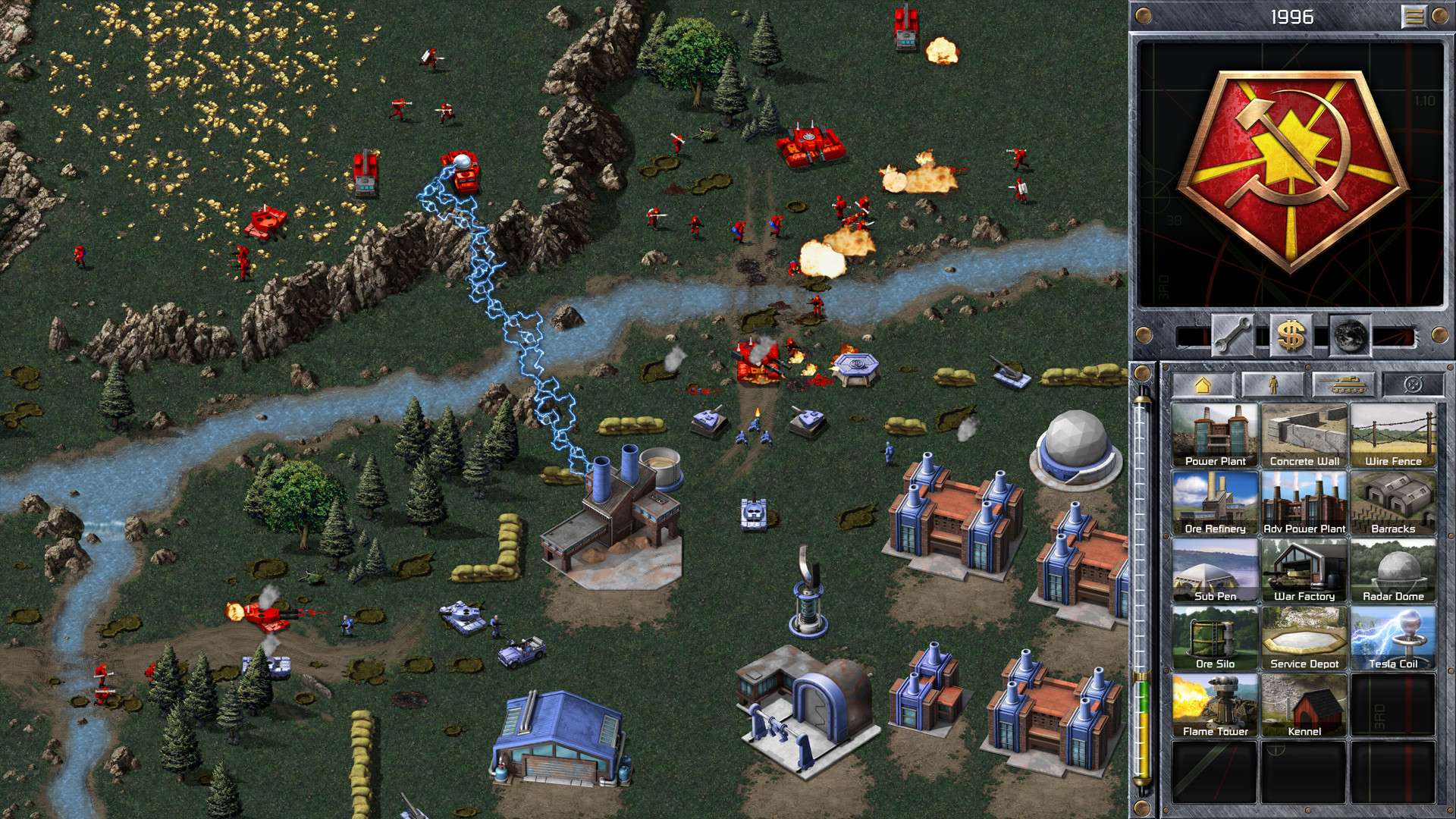 Time machines haven’t been invented (yet) but if you want to travel back in time without one, look no further than Command & Conquer Remastered Collection.

One of the most influential RTS series of all time, Command & Conquer paved the way 25 years ago and continued to do so until developer Westwood Studios closed down in 2003. Thankfully some of the people at Westwood set up Petroglyph Games and they came full circle and developed this remaster. 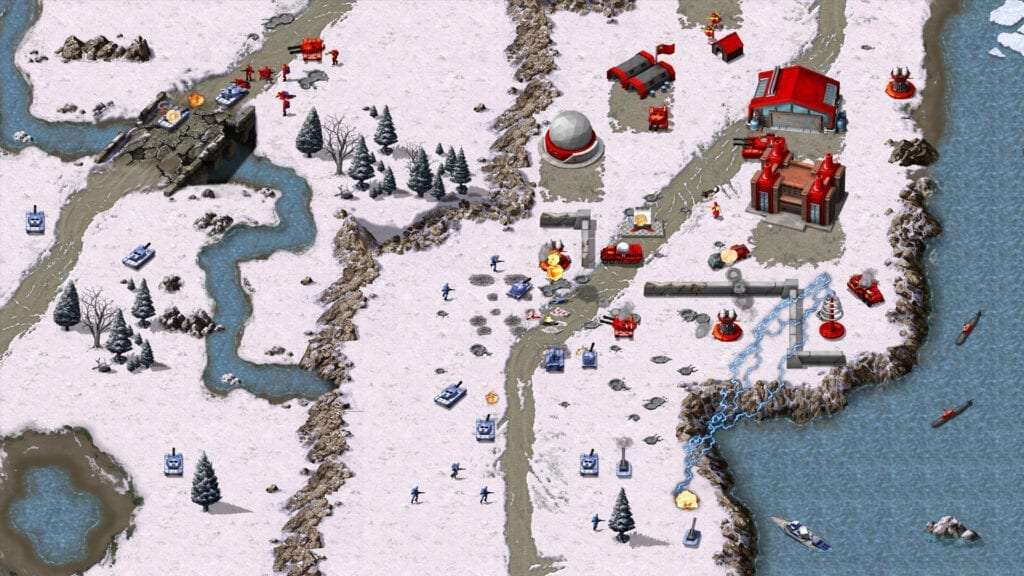 There are two games in the remaster, Command & Conquer and Command & Conquer: Red Alert. Both of which include full campaigns, multiplayer, and skirmish modes. All 3 expansion packs are also included, along with a map editor, 7 hours of remastered music, and bonus FMV footage with the terrible acting (possibly the most infamous parts of the games let’s be honest).

If you’ve ever played a Command & Conquer title then you’ll know what to expect, but if not, you’ll pick it up quick enough. Generally speaking, in skirmish or multiplayer your goal is to build up your base and your forces and wipe out the enemies. In the campaign missions though, you’ll be put in trickier situations which task you with not getting caught or keeping a handful of units alive against an overwhelming force. 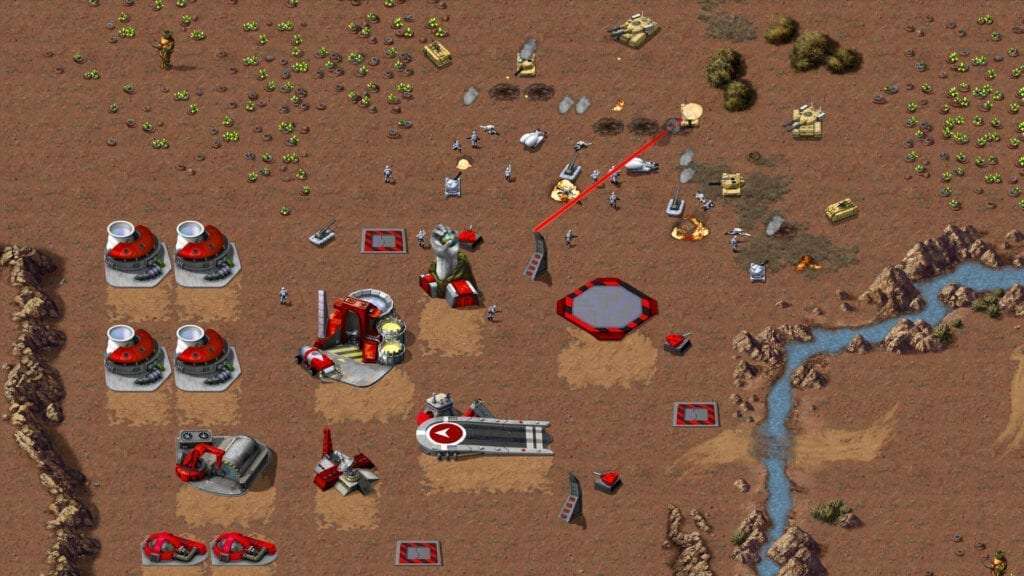 When people say videogames were harder years ago, they weren’t lying, and they’re probably talking about Command & Conquer. The quickest way to realise that modern games hold our hands too much is to go back to an older game like this, it’ll kick your ass.

More than once I had to re-start a mission, and the enemy typically attacks you right from the beginning, so don’t expect to have much time to prepare before the onslaught begins.

Visually the remaster looks amazing and supports 4K, and the game even lets you switch between the old visuals and the new on the fly, which is crazy to see as nostalgia is powerful and you don’t think it looked that bad back then, but obviously compared to modern visuals it’s quite the contrast.

The FMV sequences are as cheesy and badly acted as you remember, but visually they look quite rough. They looked ok 25 years ago, but they were never meant to be seen on a 4K monitor, so they look unavoidably bad. 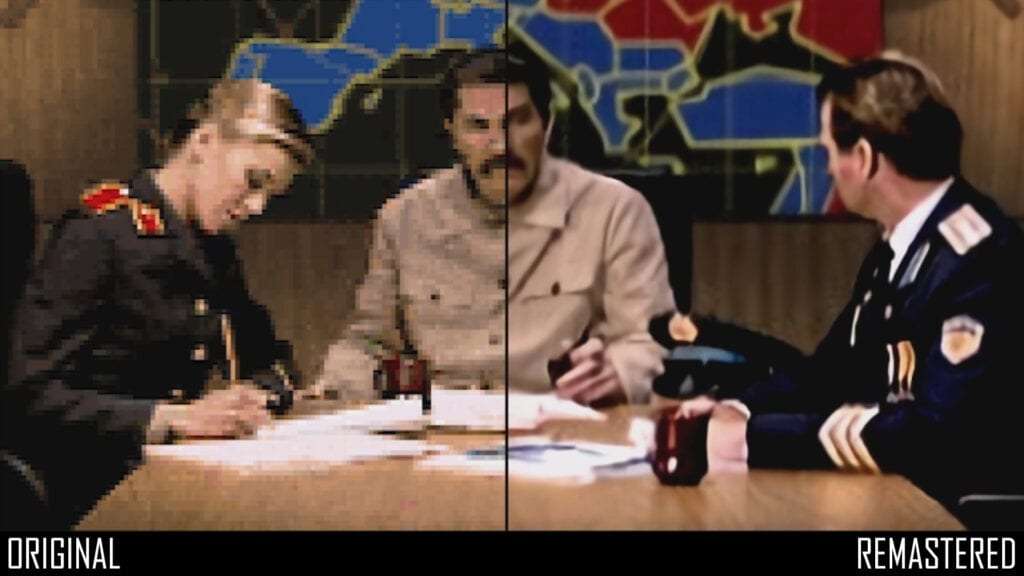 The original composer Frank Klepacki and his band “The Tiberian Sons” recorded brand new songs for the game, but all of the original tracks are still there, and a new Jukebox setting lets you create your own custom playlists. The tracks are pure 90’s cheese but still hold up quite well, and some of them are even worth adding to your Spotify library.

Command & Conquer Remastered Collection is the poster-child for how to remaster an old game. Petroglyph has included everything that made the original games cult classics, then improved the visuals, added 7 hours of new music, re-vamped the multiplayer, and added mod support, not to mention there are over 100 missions – all of this for just €19.99, it’s easy to recommend to any strategy fan. 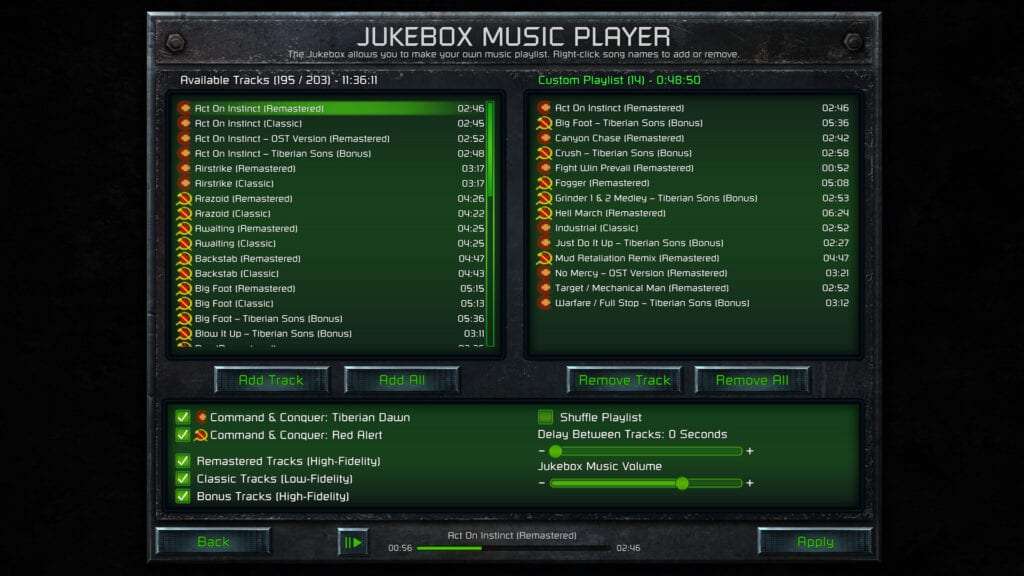