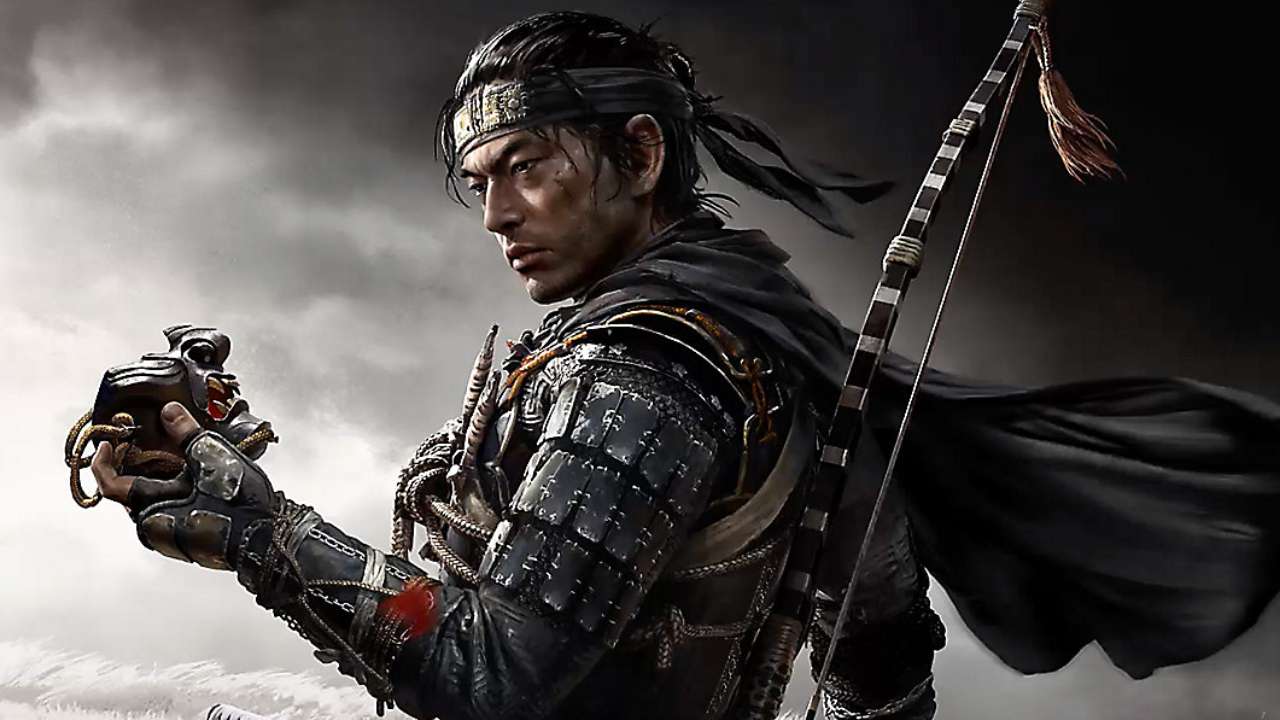 July 17th is almost upon us and Sony’s final first-party swan song is due to release on the PlayStation 4. Sucker Punch Productions’ Ghost of Tsushima was originally due to release on June 26th but with everything that occurred around Naugthy Dog’s The Last of Us Part II and the current pandemic, release dates were shifted around and Ghost of Tsushima was moved to this Friday.

Originally revealed back in October 2017, it’s been a long two and a half years where Sucker Punch Productions are finally putting the finishing touches to their largest game yet, they’ve honed their craft in open world game development and now we get to see the results of their labour. Having spent the last 3 weeks reviewing Ghost of Tsushima, I’ve quite a lot to share on what I thought of the overall experience. Has Sucker Punch captured the feeling of living the way of the samurai? Are its nods to iconic Japanese cinema well handled and, overall, is it a fun game to play? Read on to find out in our review of Ghost of Tsushima.

“​It’s a story of retribution and one where building alliances is critical to your success.”

The year is 1274. Samurai warriors are the legendary defenders of Japan—until the fearsome Mongol Empire invades the island of Tsushima, wreaking havoc and conquering the local population. ​You play as Jin Sakai, one of the last surviving samurai, and you’re tasked with guiding him from his samurai roots on his journey to becoming the Ghost. But honorable tactics won’t lead you to victory. Throughout your time in the game, you must find ways to move beyond your samurai traditions to forge a new way of fighting—the way of the Ghost—as you wage an unconventional war for the freedom of Japan. 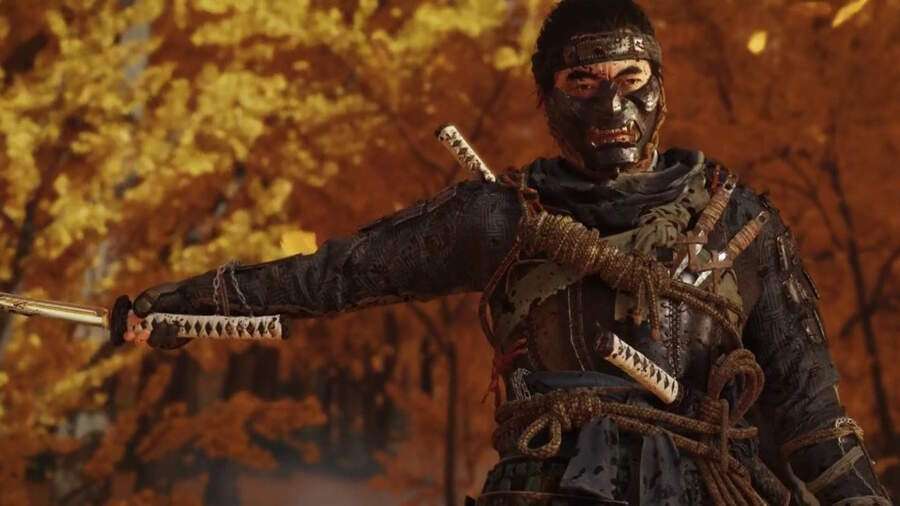 Now, like any narrative-heavy game, we can’t go into too much detail about what happens over the course of the game’s storyline but what we can say is Sucker Punch’s attention to detail, respect of ancient Japanese culture and folklore is all handle with the upmost respect whilst still adding their own flair and creative spin to things. It’s a story of retribution and one where building alliances is critical to your success. With some nice little twists dotted throughout, the story is engaging overall and wouldn’t look out of place in any classic Japanese Samurai film.

“…the combat is incredibly visceral and satisfying.”

It’s been nearly 6 years since we’ve seen a Sucker Punch title on current gen systems. Infamous: First Light’s gameplay was well executed with some nice flourishes for the parkour aspects and traversal mechanics as you made your way around the city of Seattle. Now, Ghost of Tsushima is a completely different beast with different approaches to gameplay that adhere to the game’s setting along with what Sucker Punch feels is appropriate for the overall gameplay experience.

With that said, there are really nice features implemented into the gameplay and most importantly, the combat is incredibly visceral and satisfying. Obviously, if you’re setting out to make a game that’s an homage to ‘The Way of the Samurai’, you’re going to want to ensure you nail the katana swordplay and Sucker Punch has definitely achieved this. It’s intense, tight and fluid, all at the same time and you’re reaction times are tested.

Throughout your playthrough, you’ll slowly upgrade the various stances you can select from with certain ones better suited to tackling specific types of enemies. Named after various natural elements, such as wind, stone and water, you have the ability to switch between them on the fly as you tackle increasingly difficult groups of enemies.

I found ourselves being a lot more strategic about which particular group of enemies I’d try to take down first in a battle, depending on my chosen stance at the time so it helped keep the combat excitingly tense.

When it comes to exploration and gathering ‘supplies’, things are nicely streamlined with the ability to collect inventory from your surroundings whilst on horseback a nice little touch. Each of the items you find go towards various upgrades that you can make to your weapons, including ‘Ghost Weapons’ such as smoke bombs, and your armour.

You also have the ability to upgrade Jin’s own abilities but these upgrade points can only be achieved by completing tasks throughout your playthrough. These will allow you to upgrade his combat ability which each branch of the ‘technique tree’ focusing on various forms of combat, be it your ability to parry or evade attacks.

For the exploration part in particular, there’s actually no in-game map that you can use to guide you to the next objective. Instead, Sucker Punch has created a ‘Guiding Wind’ mechanic which, with a swipe on the controller’s touchpad, the in-game wind will literally blow in the direction you’re meant to be heading.

It’s extremely well executed and adds a really nice feeling that you’re exploring a living, breathing world. hat’s not to say its implementation is perfect though, the lack of more detailed maps when exploring the various towns and villages is not ideal when you’re trying to locate merchants and swordsmiths for example.

Along the way, you’ll come across wild birds and foxes that, when followed, will lead you to various points of interest such as a new side mission or areas to upgrade your various abilities by performing timed input tasks. 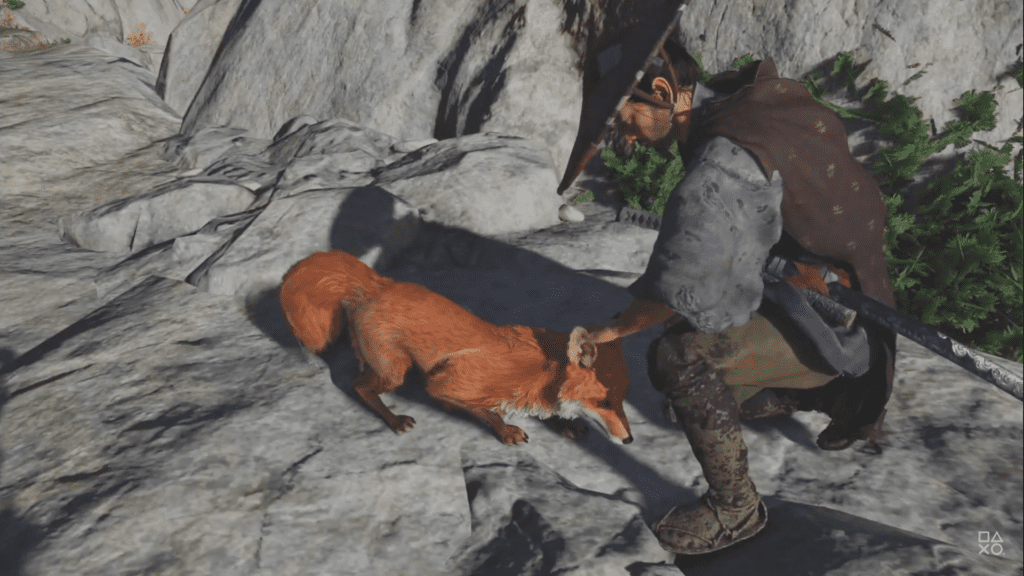 Throughout the game, you’ll also come across specific side missions called ‘Mystic Quests’. These are interesting tales that add a level of fantasy to the experience with their focus on old samurai folklore tales. Upon completion, you’re rewarded with a new, almost supernatural combat ability, which definitely help when you’re taking down large groups of Mongol marauders.

“…a striking visual aesthetic grounded in the lush natural visuals of ancient Japan.”

Going back to the first reveal of Ghost of Tsushima; right away, we knew Sucker Punch was going for a major departure from their previous titles with a striking visual aesthetic grounded in the lush natural visuals of ancient Japan. As I previously mentioned, the world feels alive with each and every part of the world, from the gigantic trees to the individual blades of grass, swaying naturally in unison, almost like a living painting.

The lighting is also stunning with a excellently realised day/night cycle along with various weather conditions as well. Sucker Punch’s Photo Mode is one of, if not the best iteration of a dedicated photo mode I’ve seen in a game.

The ability to jump in to the mode at any moment and still have the ‘live’ environment reacting to the wind whilst you move the camera to compose your shot is absolutely fantastic. The level of customisation is also incredibly deep, even so far as being able to increase the wind speed and change its direction to make sure your stylised screenshots look just right. 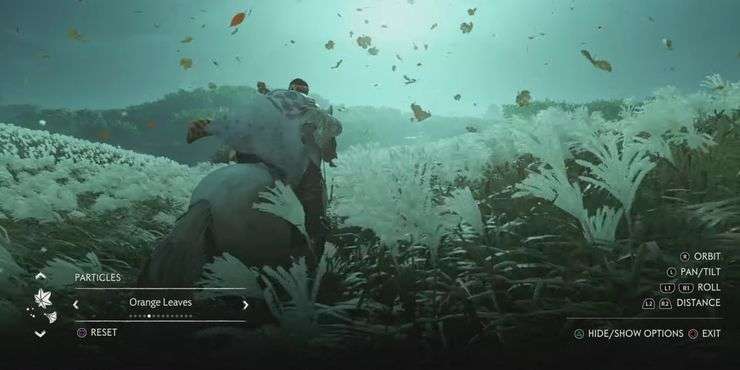 Again, with all these visuals flairs, certain areas could have done with little bit more love and attention. While the various character models are impressive, the facial animations could have been better executed on certain characters. Also, some of the in-game cutscenes and NPC animations feel a little stiff which unfortunately reduces the overall feeling of immersion. These quibbles aside, playing Ghost of Tsushima on a PS4 Pro on a 4K HDR display is a sight to be behold. The audio effects and score are also very well handled and the simple sound of grasslands swaying in the wind never sounded so good.

I must admit, I went into my review of Ghost of Tsushima not really knowing if I’d like it or not. Yes, the numerous trailers releases so far make it out to be a visual stunning action adventure stealth game that takes inspiration from the samurai film genre but I feared it would be all style and no substance. Thankfully, my worries were quickly abated and the more time I invested in it, the more I enjoyed playing it. 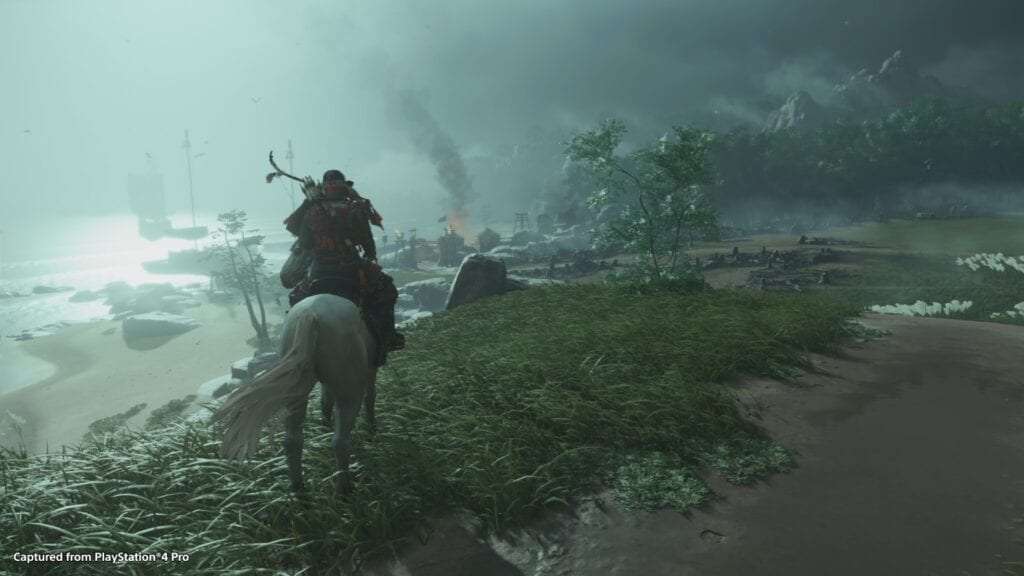 Sucker Punch has created a fantastically realised game with engaging gameplay, beautiful nods to ancient Japanese culture and a world that just begs to be explored.

You can pre-order Ghost of Tsushima for PS4 on the official PlayStation Store, starting at €69.99

The review code for Ghost of Tsushima was provided to TheEffect.Net by Sony PlayStation Ireland.

The title was reviewed on a PlayStation 4 Pro.