We recently reviewed the Sony Xperia L4ii and it was an ok phone for the price point. Thankfully Sony has a number of other phones currently available and on the tier up, we have the Sony Xperia 10ii. Sony’s naming scheme aside (I don’t get it either), the Xperia 10ii is markedly better than the L4ii we recently spent some time with. 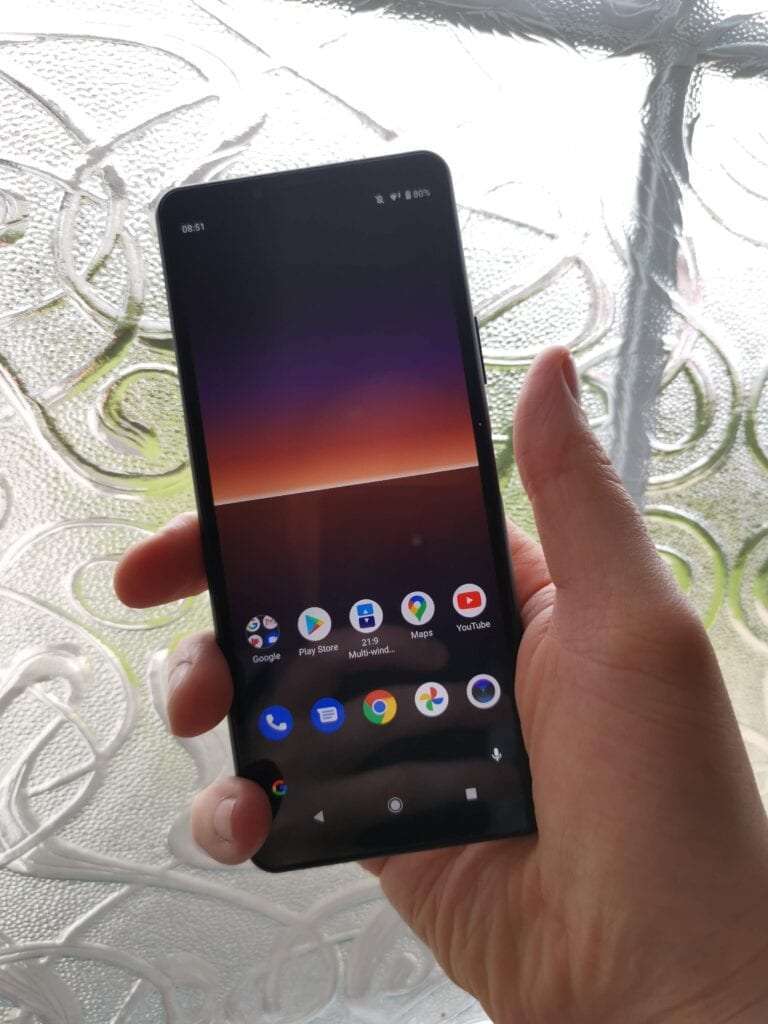 Internally, the Xperia 10ii packs at Snapdragon 665, and while this isn’t the top of the line 800 series SnapDragon, it’s more than enough for day to day tasks that most people will want this phone for. On top of the 665 processor, the Xperia 10ii also packs 4gb of RAM and 128gb of storage with a 3600mAh battery that’s compatible with Qualcomms QuickCharge 3.0 fast charging tech. 4gb of RAM is really the entry point for RAM in a modern phone and I would have preferred to see 6+gb of RAM, I didn’t notice any real issues other than apps having to open up fully when I went back to them again.

Sitting over all these specs is a very nice 6inch, 1080 x 2520, Flat, 21:9 OLED screen. The screen is really nice. The colours are poppy and saturated and, obviously, the blacks are inky thanks to the OLED panel. The OLED is also protected by the Gorilla Glass 6 for a bit of extra piece of mind. 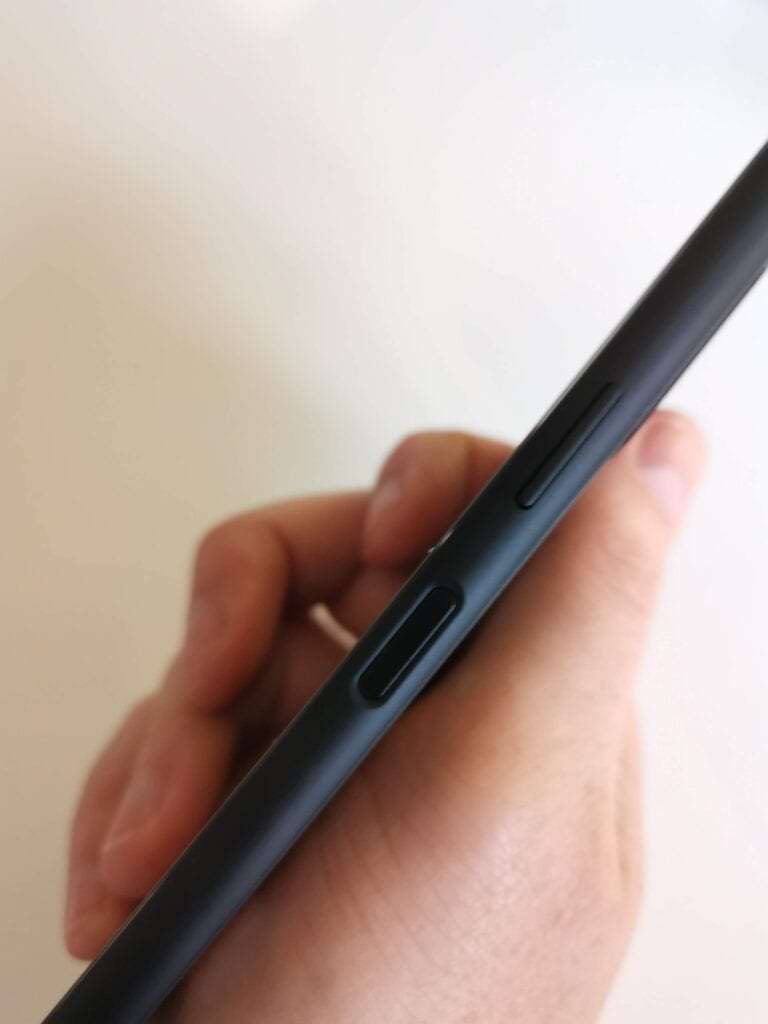 Thankfully, the Xperia 10ii is a nice step up in terms of design and build compared to the L4ii. The back of the Xperia 10ii is made of glass (also Gorilla Glass 6) and it feels great in the hand. Thankfully Sony brought back the fingerprint sensor built into the power button on the side of the phone. It just makes it soo easy to unlock and authenticate in one easy movement and there’s no confusion over what button does what. The power and volume buttons are nice a clicky as well which is great.

I’m really loving Sony USP for these phones right now and that’s the 21:9 aspect ratio. It makes, what is a big phone, feel small in your hand due to it being thinner and taller. I’d like to see more of these from other manufacturers in future.

We all know by now that more megapixels don’t make a better camera and Sony hasn’t tried to pack in a lot of unnecessary sensors with crazy pixel counts. The Xperia 10ii pack 3 rear cameras, a 12mp main sensor, a 8mp telephoto (2x zoom) and an 8mp ultrawide that all take decent shots, but nothing to write home about really. Like, you won’t be really disappointed but you won’t be blown away either.

The selfie camera is a standard 8mp one that doesn’t take great low light shots, so that’s worth keeping in mind if your the type of person who takes a lot of selfies out at night. 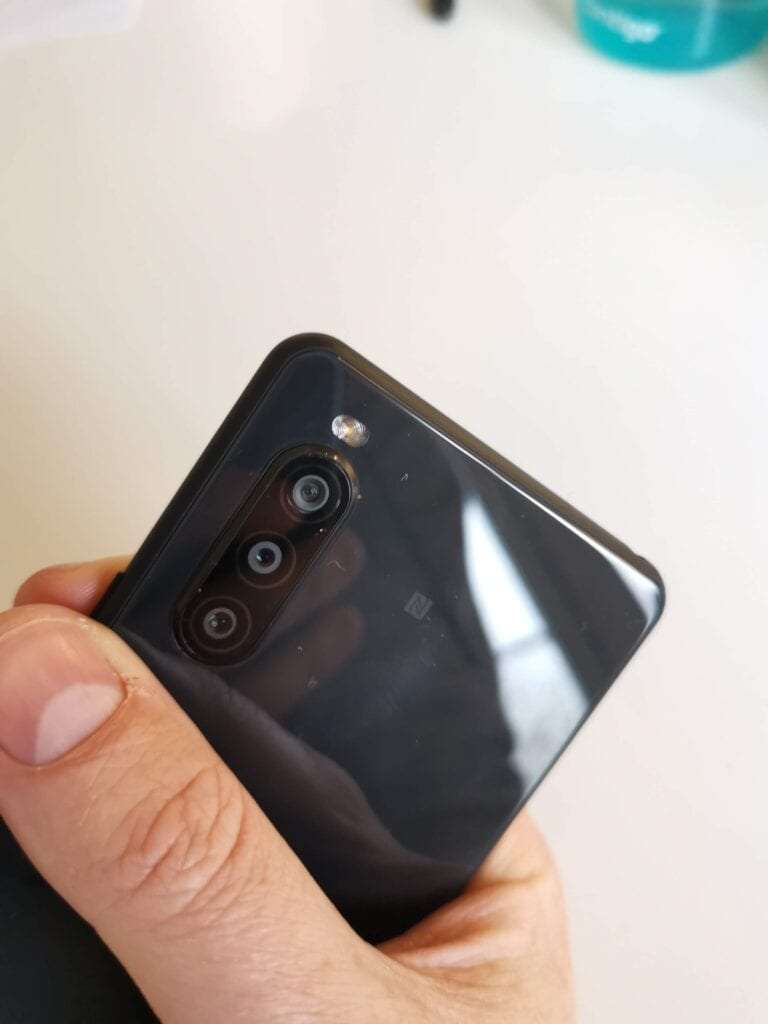 The battery is fairly small at 3600mAh. I’d have liked a slightly thicker phone that had at least 4000mAh of battery, but with the 1080 OLED Screen and mid-range processor you can get through your day without much worry of running out of battery.
Thanks to the Quick Charge 3 built in, it can go from 0% to 100% in about 90mins, which isn’t bad (and really, you shouldn’t be letting your phone go to 0% anyway). 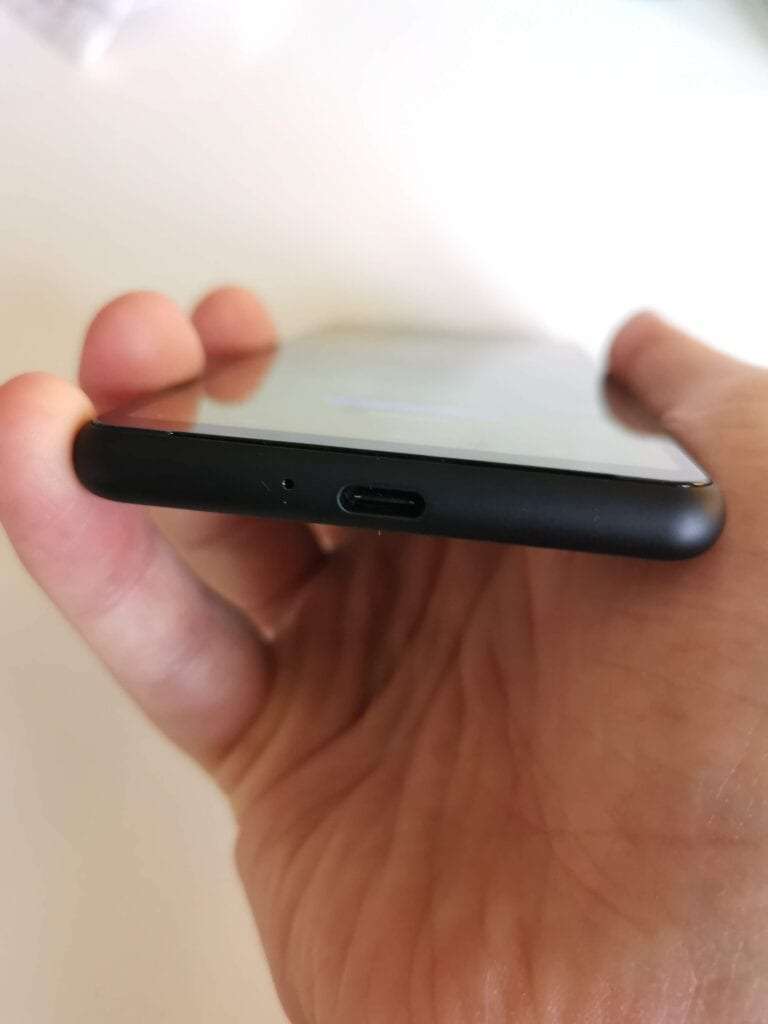 The Sony Xperia 10ii is a fine mid-range phone, the only issue is the market has become much more competitive and at a SIM Free price of 369euro, it’s somewhat hard to recommend the Xperia 10ii over the likes of the Google Pixel 4a (approx 389euro) and especially the OnePlus Nord (399euro, with 5G, 8gb RAM and better cameras). You can find out more about the Xperia 10ii here: https://www.sony.ie/electronics/smartphones/xperia-10m2 and it’s available now from various retailers.