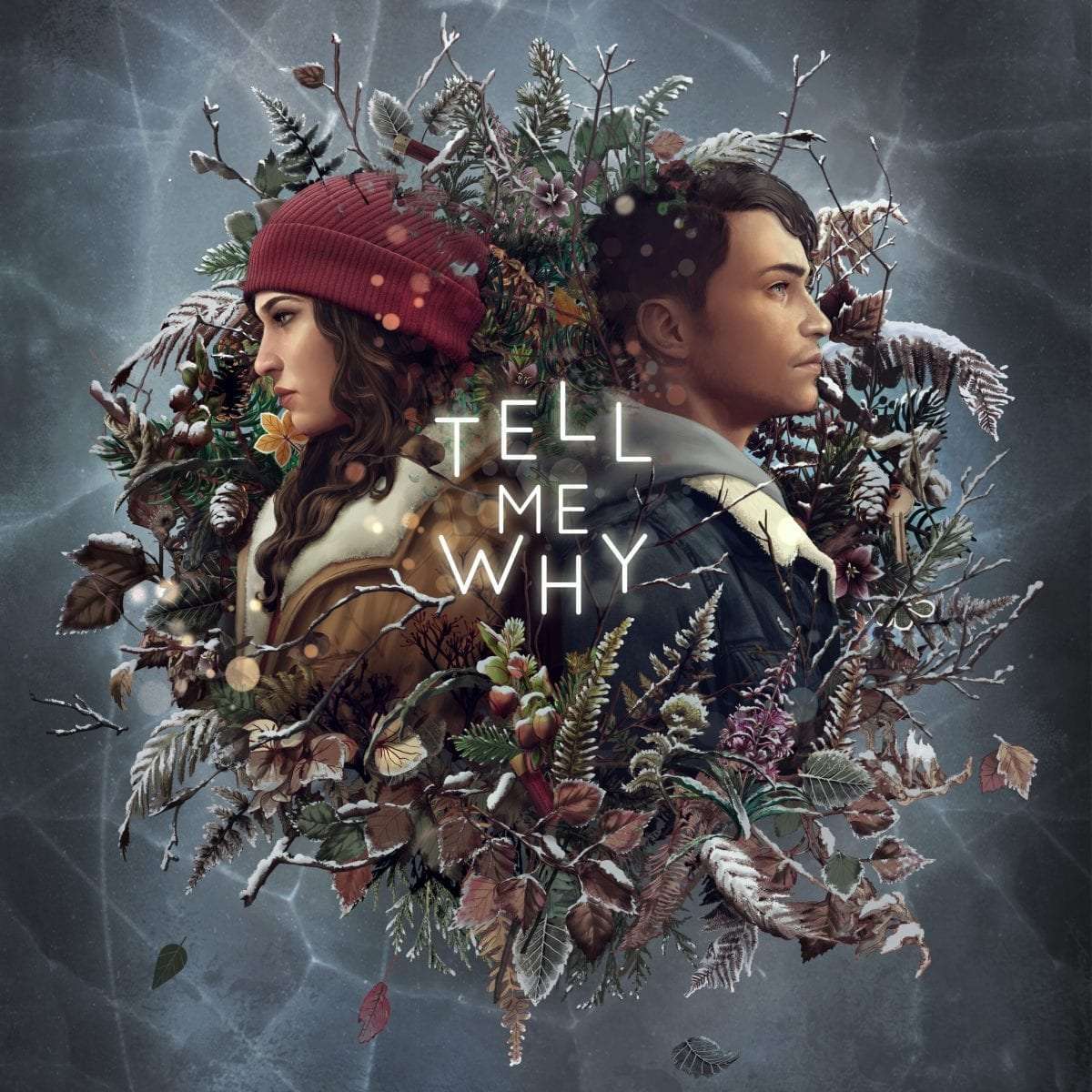 REVIEW: Tell Me Why

Tell Me Why is an unusual game, and sometimes it feels strange even calling it a videogame, it almost feels like you’re intruding on a personal home-movie at times.

Set in Alaska, the two characters you play as are Tyler, the first transgender protagonist in a game, and Alyson, a cisgender woman. When they were kids, their Mother tried to kill Tyler and he killed her in self-defence. This led to Tyler being sent to a juvenile correctional facility, while Alyson was adopted by the Chief of Police (which is a bit odd if you ask me).

The story picks up ten years later, when the twins reunite to sell their family home and try to move on with their lives.

With Tyler being a transgender man who hasn’t been in his hometown for a decade, he has to deal with a lot of confusion and bewilderment, with some people in the town accepting him for who he is, while others unfortunately refuse to. 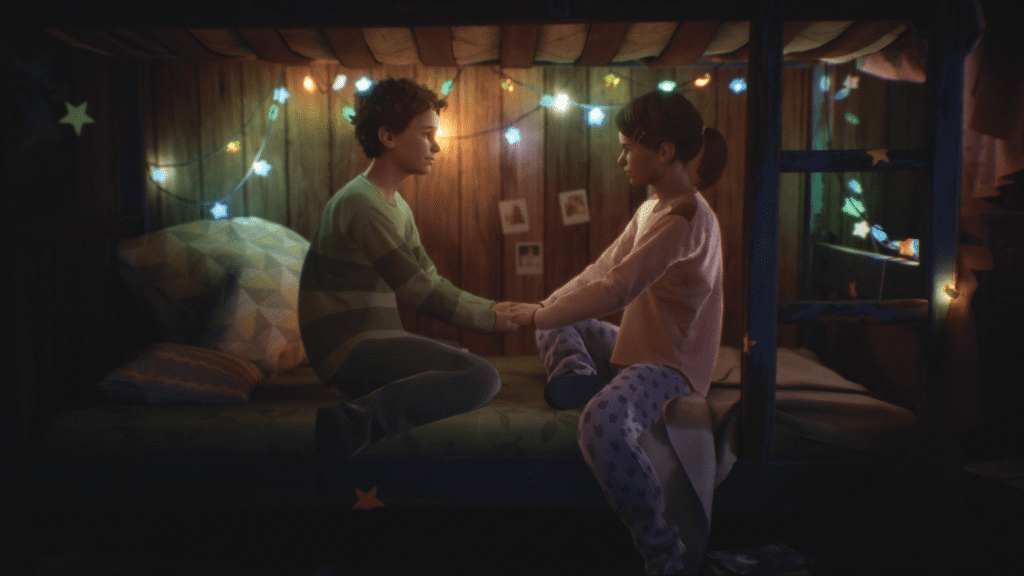 The gaming community is not exactly known for its acceptance, spend a few hours playing almost any multiplayer game and you’re bound to hear all sorts of varied homophobic slurs, so it’s extremely welcoming to see a fairly big title not only featuring a transgender man as a main character, but handling it incredibly well.

Developer Dontnod Entertainment worked with Nick Adams, director of transgender representation at GLAAD to help ensure that this aspect of the story would be handled gracefully, and it shows in the result. The voice actor behind Tyler is also a trans actor, August Black.

Even still, it can be heart-breaking to play as Tyler and have to deal with, like Tyler being mis-gendered or looked down upon and it gives you an eye-opening glimpse of what some trans people have to hear on a regular basis.

Aside from the main issue of transgender acceptance, the game also touches heavily on racism, classism, religion, and drug and alcohol abuse. For the most part these are all handled well, and the writing and dialogue goes a long way here, as does the great voice acting.

Apart from all of that there are a bit of supernatural goings-on too, which was enough to put off a few people who I told about the game and who were initially interested.
Personally I was dreading the supernatural aspects of the game, as I was interested in the the plot and themes as they were, but to the fair to Dontnod, while this part of the game is obviously a bit out there, it’s grounded in reality just enough to keep the story from becoming ridiculous. 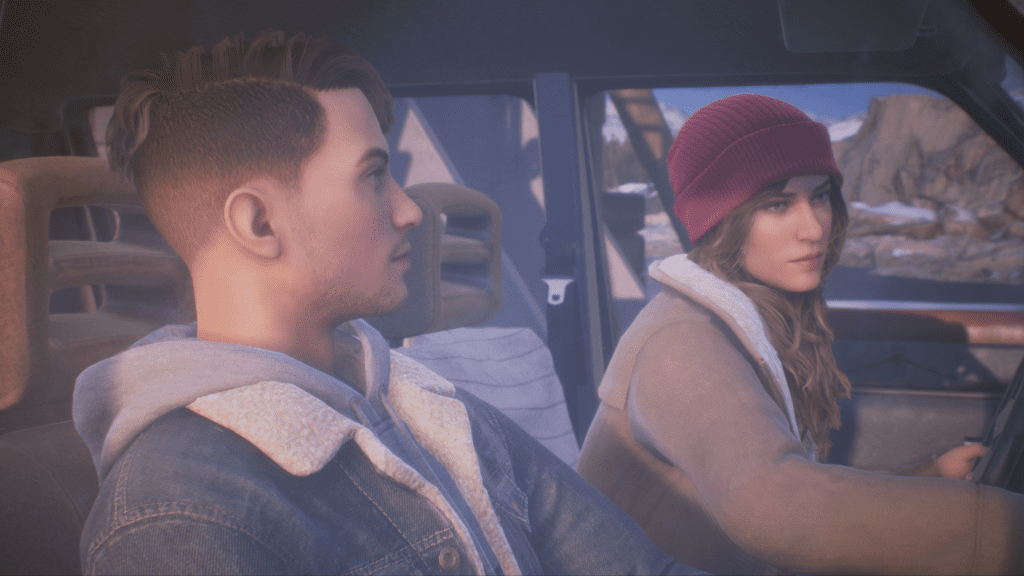 Tyler and Alyson can re-live old memories, with kind of a “past sight”, your controller vibrates and the screen twinkles when one is nearby. You use your sight to view it, and both twins will watch it together, and then discuss it afterwards.
They can also “talk” to each other using their minds, which comes in handy during conversations, the twins can discuss what might be the best way to steer the conversation for example.

Ultimately the story itself was strong enough to keep me invested, despite me not being a big fan of supernatural-type stories, and if you are into those kind of stories, it should only serve to enhance the already-interesting plot.

If you’ve played any Telltale games, or Life Is Strange (the latter was also developed by Dontnod), you’ll know what to expect from a basic gameplay perspective – there are a lot of conversations with choices to make.

Often you’ll be asked which version of the memory to go with – sometimes Tyler will remember things happening differently to how Alyson does, and whichever memory you choose kind of becomes what actually happened, and impacts what decisions you make going forward.

Sometimes I found myself agreeing with my twin, even if I didn’t necessarily agree with them, but because I felt like that’s what my character would do in that situation, or to keep the peace.

Nothing is black and white in Tell Me Why, and pretty much every character is complex and have their own motives. People who say insulting things to Tyler for example, may not mean it to be offensive, they’re just old-timers who don’t understand what kind of language to use, and the onus then falls on you to decide if you’ll forgive them or make a big deal about it.

This complexity leads you to think that sometimes it’s better to just try to move on and forget about something like that, but other times causing a fuss could allow you to dig deeper and discover things you may not otherwise have found out. 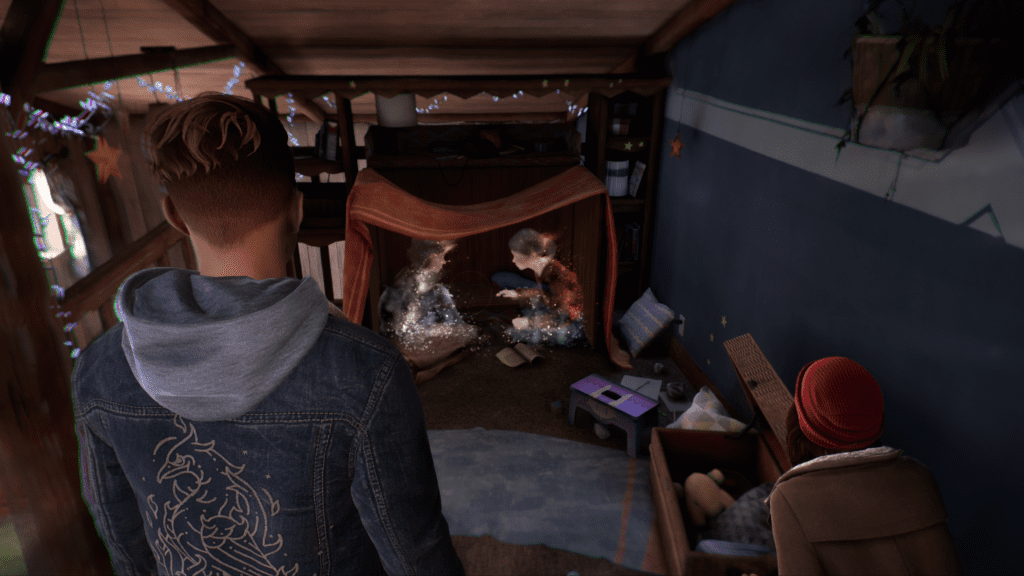 It can’t be denied that this is a huge step forward for transgender representation in gaming, and the game has avoided the most obvious pitfall – making the story all about Tyler being trans, something which befalls so many LGBTQ+ characters in other mediums.

But the game doesn’t ignore Tyler being trans either of course, and Tyler coming back to his hometown ten years after killing his mother would have been more than enough for the people of the town to discuss on its own, but the fact that he transitioned during that time is obviously going to add a layer of complexity to how these people interact with him.

Dontnod have struck the perfect balance of addressing trans issues, while not making this a story solely about being trans. You often forget Tyler even is trans while you’re busy looking in drawers for clues or watching a ghostly memory play out in front of you. 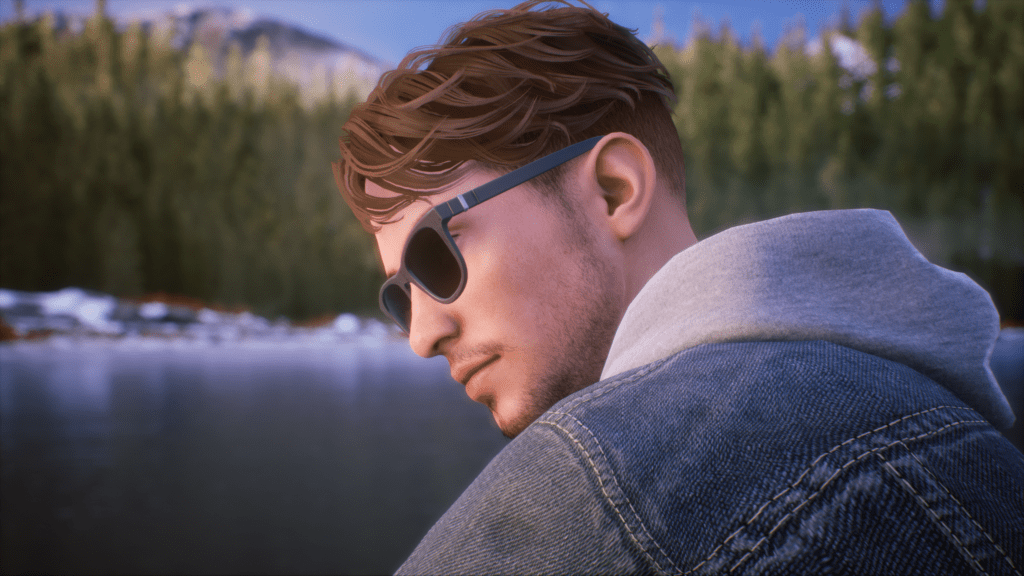 The story starts off slow and it took a little while for me to get fully invested, especially as the dialogue between Tyler and Alyson is so awkward at the beginning, but then I reminded myself that that’s normal for two people who haven’t seen each other in a decade.

Thankfully by the end of Episode One I was completely hooked (with my jaw on the floor) and I won’t ruin anything about the story as it really does have to be experienced yourself.

In-between dramatic cut-scenes and tense conversations, there are a few light puzzles and sections of discovery where you can wander around areas, talking to people and finding out titbits about the town and its residents.

The puzzles are easy enough but enjoyable, and the areas for wandering around are fine but are hindered by the clunky character control and awkward camera control, but they’re not enough to ruin the overall experience.

Tell Me Why is easy to recommend for anyone who enjoys story-driven games, and especially the episodic style which has become so popular thanks to Telltale Games.

It’s also a milestone for trans representation and Dontnod really deserve to be applauded for how they’ve handled those issues.

Even if you don’t have Xbox Games Pass or not, Tell Me Why would be worth paying for and I hope Dontnod continue to work their magic with similar titles in the future. 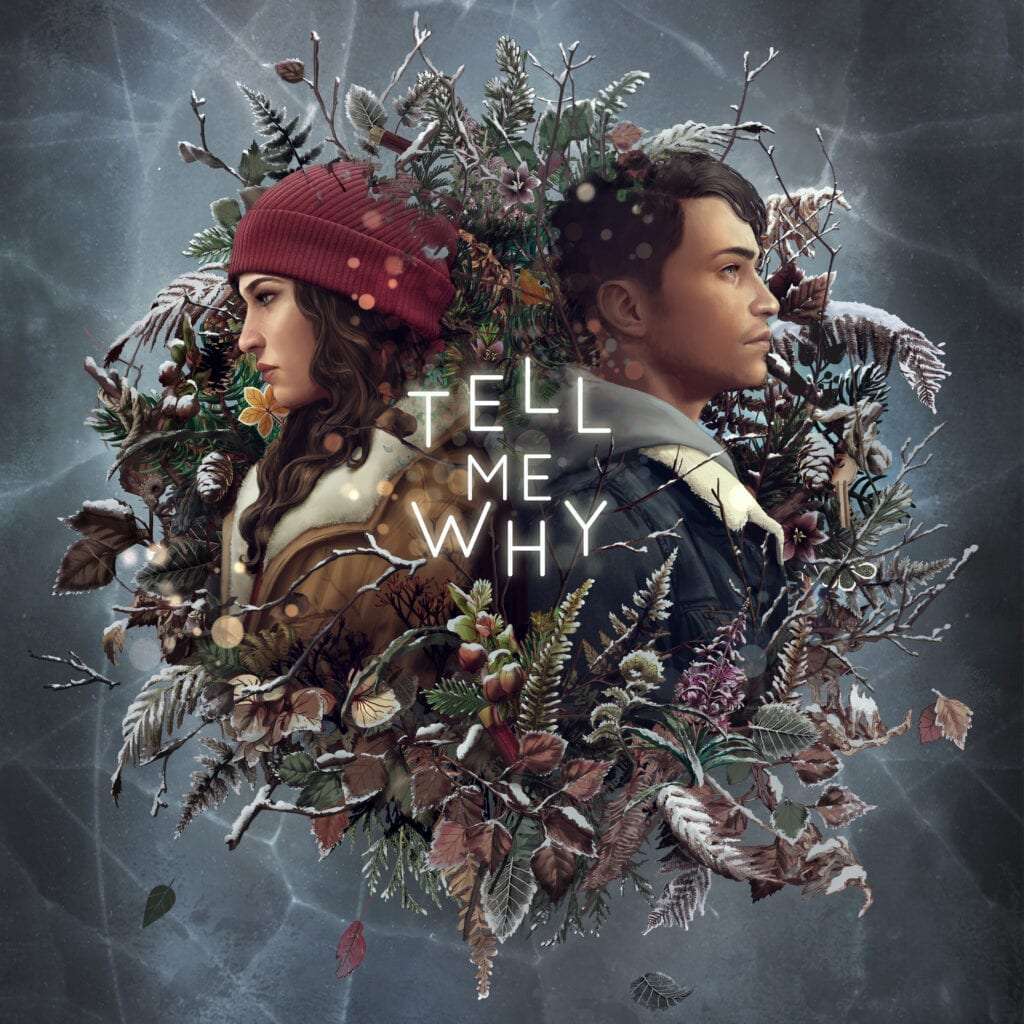