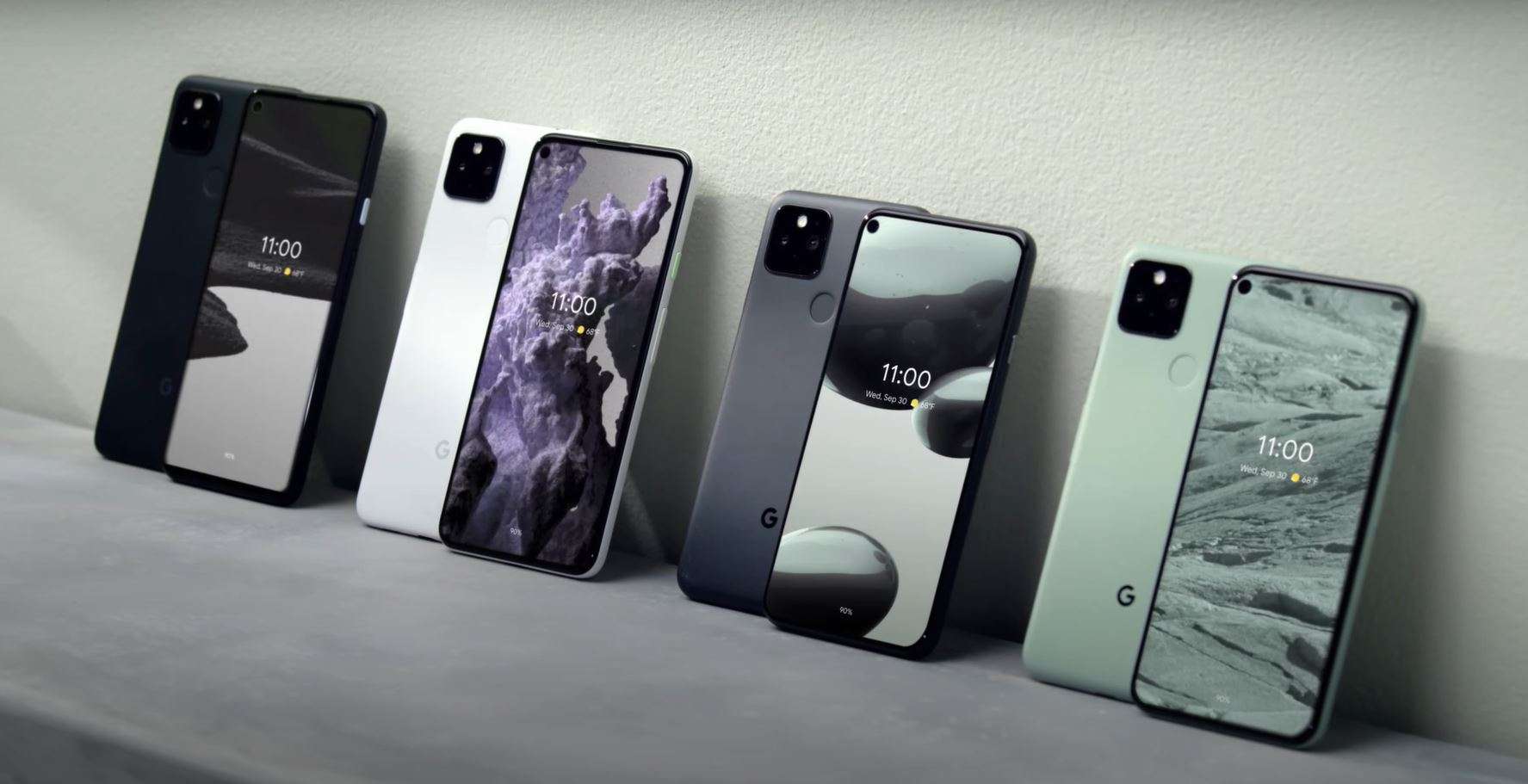 At tonight’s ‘Launch Night In’ event on YouTube, Google finally made official 4 new products which have been extensively leaked over the last few weeks and even months. During the presentation, Google unveiled 4 new pieces of hardware including the new 5G enabled Pixel 5, Pixel 4a 5G, a new Google Assistant smart speaker, the Nest Audio and a new Chromecast model, simply called ‘Google Chromecast with Google TV’. Below is a breakdown of the main features and specs of each new products from the event.

Probably the highlight of the show was the official unveiling of Google’s first ever 5G capable handset, the Pixel 5. Now, those of you who were looking for flagship level specs and features might be slightly disappointed as Google appears to me focusing their efforts for this handset on the mid-to-high end market. Also, there’s no XL variant of this handset, like previous Pixel models, so fans of larger screened devices may need to look elsewhere. 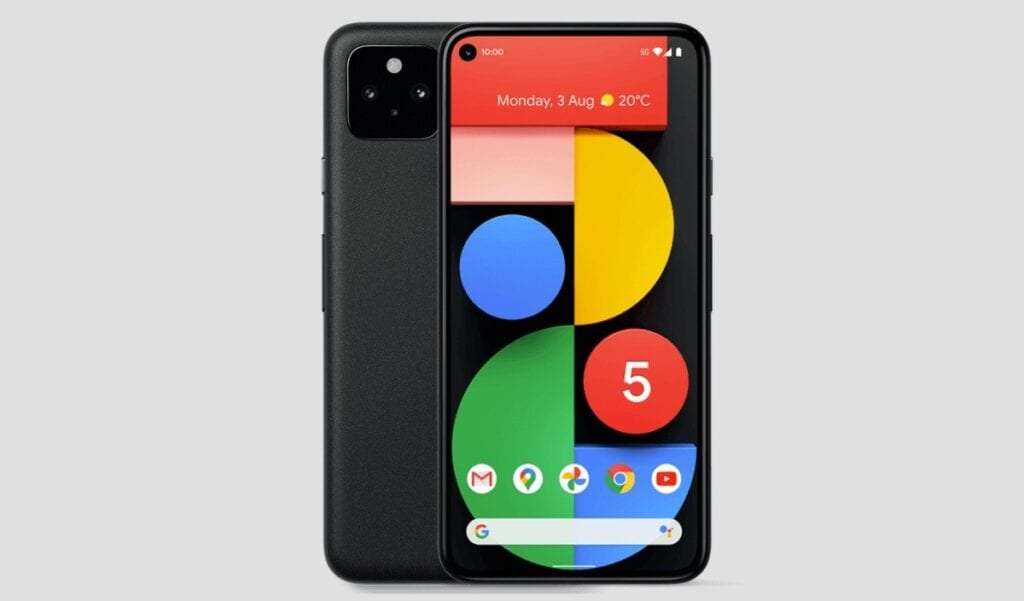 The front of the device packs a 6″ FHD+ OLED with 90Hz refresh rate and a punch-hole cutout in the top left corner, much like the one found on the Pixel 4a. It’s an HDR 10+ panel with a 19.5:9 aspect ratio and also has Gorilla Glass 6 protection. The radar-based Motion Sense from the Pixel 4 handsets is no more and the fingerprint scanner will make a return around the back.

When it comes to cameras, around the back, there’s a 16MP ultrawide shooter alongside the 12.2MP F/1.7 main unit. This is the 9th Pixel phone in a row to use the same resolution sensor as its predecessors but, thanks to Google’s amazing machine learning optimizations, when it comes to photography, it’s a case of ‘if it’s not broke, don’t fix it.’ 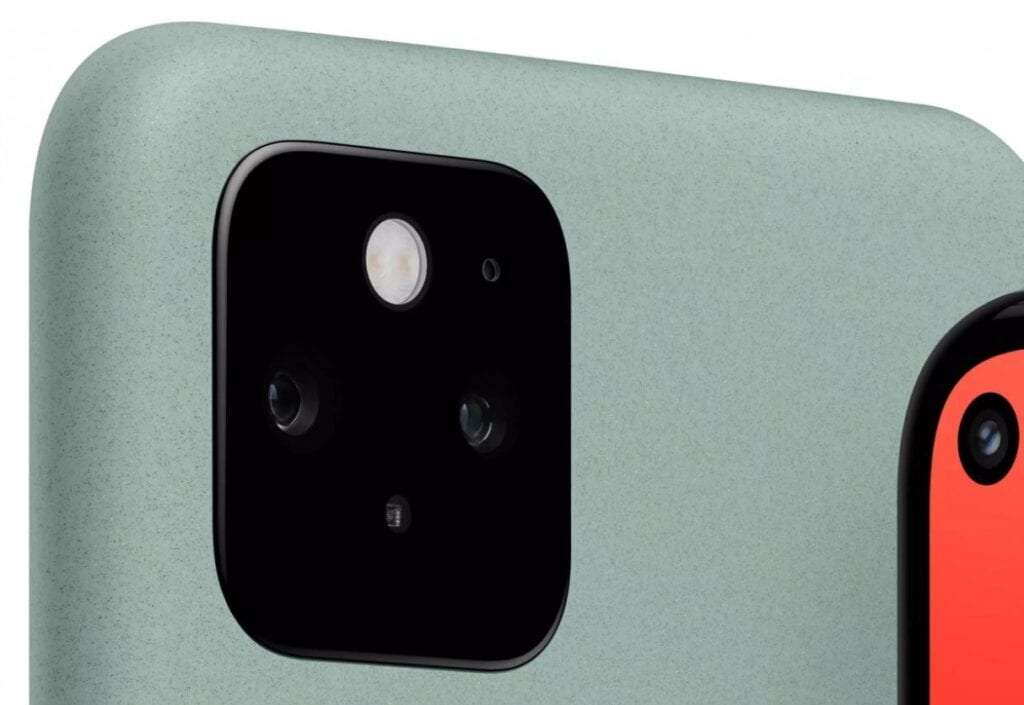 For the ultra-wide camera though, this is the first time Google has used such a lens and, from the samples they shared during the presentation, it looks like it’s going to produce equally as impressive results.

Under the hood, you’ll find the new Snapdragon 765G which should show noticeable improvements over the Pixel 4a and its Snapdragon 730G. To be able to offer 5G connectivity, the 765G offers Sub-6 Ghz 5G and should be gentle on battery life. In terms of battery, the Pixel 5 comes with a 4,080mAh battery cell, the biggest we’ve seen in a Pixel device to date. The phone also supports 18W wired charging as well as wireless and reverse wireless charging. 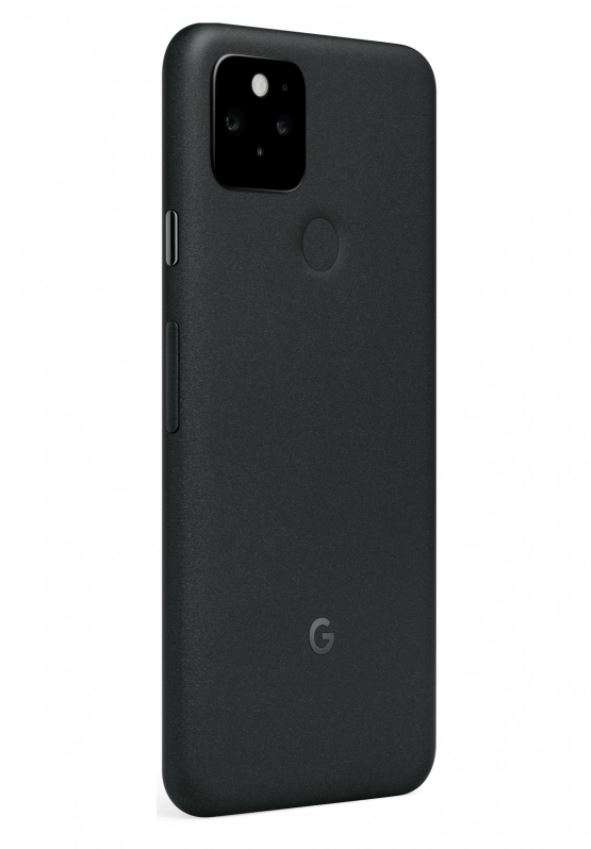 Pre-orders for the Pixel 5 start tonight. The single 8/128GB version will cost €618.77 (the strange total is thanks to the new 21% VAT rate in Ireland) and the launch colours will be limited to ‘Just Black’ and ‘Sorta Sage’ green. 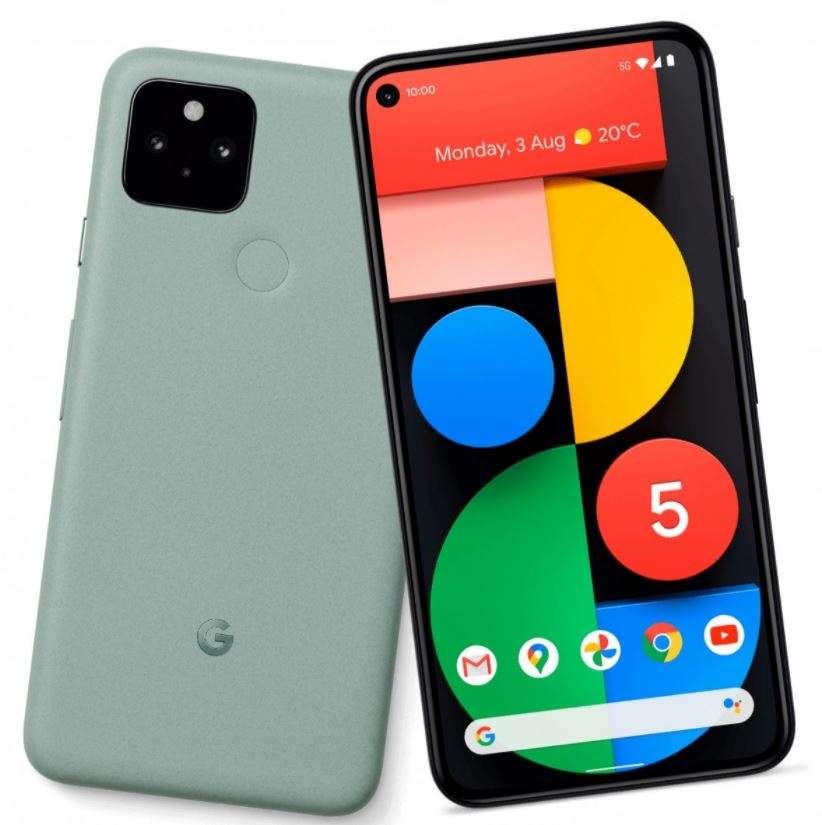 In addition to its 5G connectivity, the Pixel 4a 5G will come with several noteworthy upgrades over the recently announced Pixel 4a. These include a larger 6.2″ OLED display (even bigger than the Pixel 5’s display) with the same 60Hz refresh rate and punch hole cutout. In addition, the phone is using the Snapdragon 765G processor, just like the Pixel 5, and has a pretty respectable 3,885 mAh battery with 18W charging. 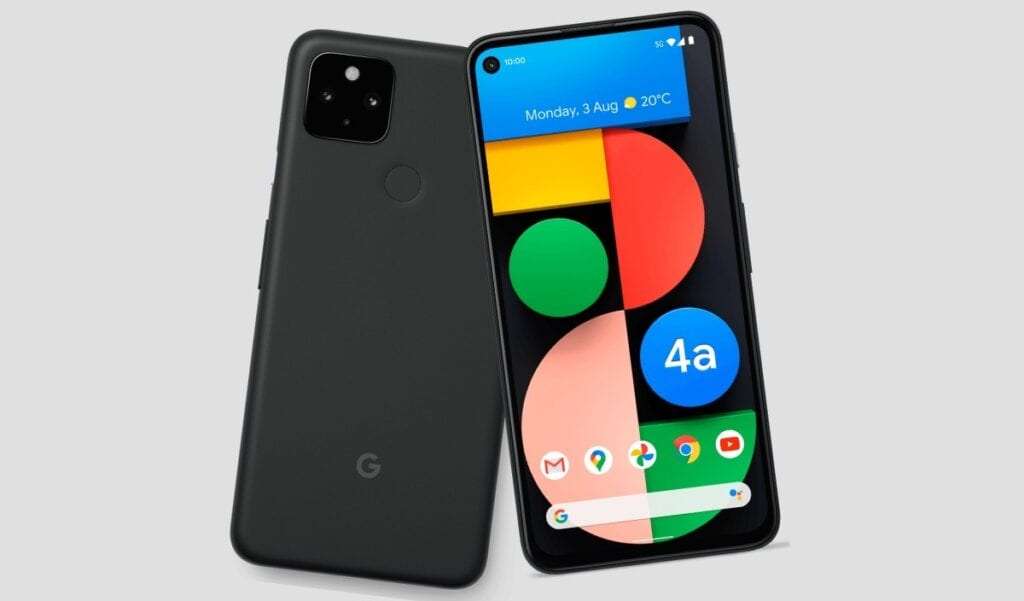 For the rear cameras, there’s the usual 1/2.55-inch 12.2MP sensor along with an 8MP ultrawide shooter. Visually, the phone looks very similar to the Pixel 4a in all major ways including the plastic build and rear-mounted fingerprint reader.

Google has just launched the official waiting list for the 4a 5G tonight with an RRP of €490.89 but the actual ‘on sale’ date is TBC. In terms of colour options, the Pixel 4a 5G will be available in Just Black to start with a rumoured white model expected to arrive early next year.

For both of these new handsets, Google is running a pretty impressive pre-order offer. If you pre-order the Pixel 5 between tonight and the 19th Oct or a Pixel 4a (5G) between 5th and 18th November, you’ll receive a complimentary set of Bose QC 35 II headphones, while stocks last of course.

Google also used tonight’s event to fully unveiled their latest smart speaker, the Google Nest Audio. Pillow-like in design, the Nest Audio follows the design aesthetics of the recent Nest Mini with its woven fabric-like finish which is actually made out of 70% recycled plastic. The new speaker is said to offer 50% more bass and 75% more volume than the original Google Home. 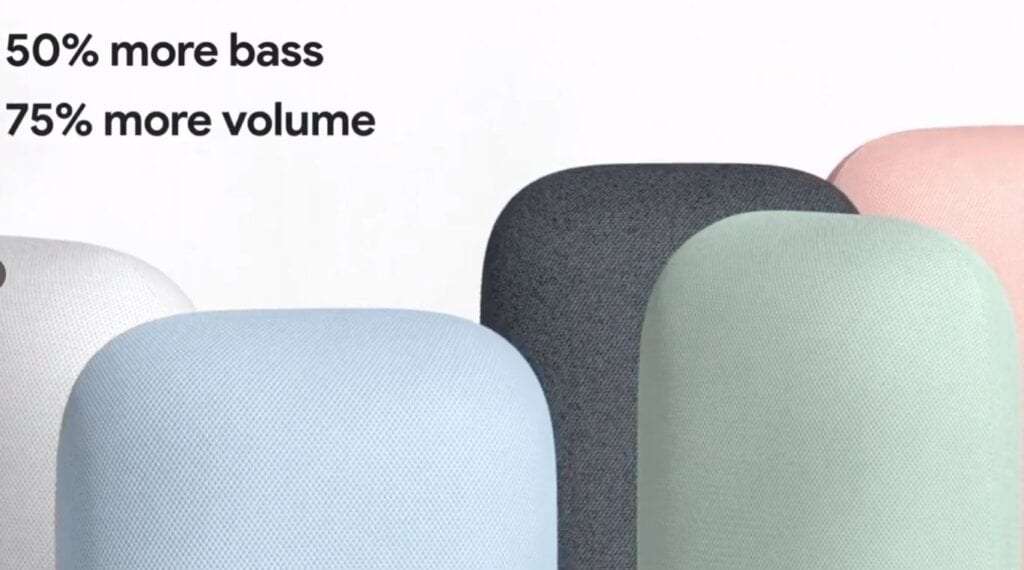 Along the front section, you’ve got your, now customary, 4 LED dots that show when the speaker is listening and the various volume levels. Along the upper front section is where Google has located the touch controls for controlling volume and music playback. Otherwise, there’s not much else to note for the device other than we’re a fan of the new design. 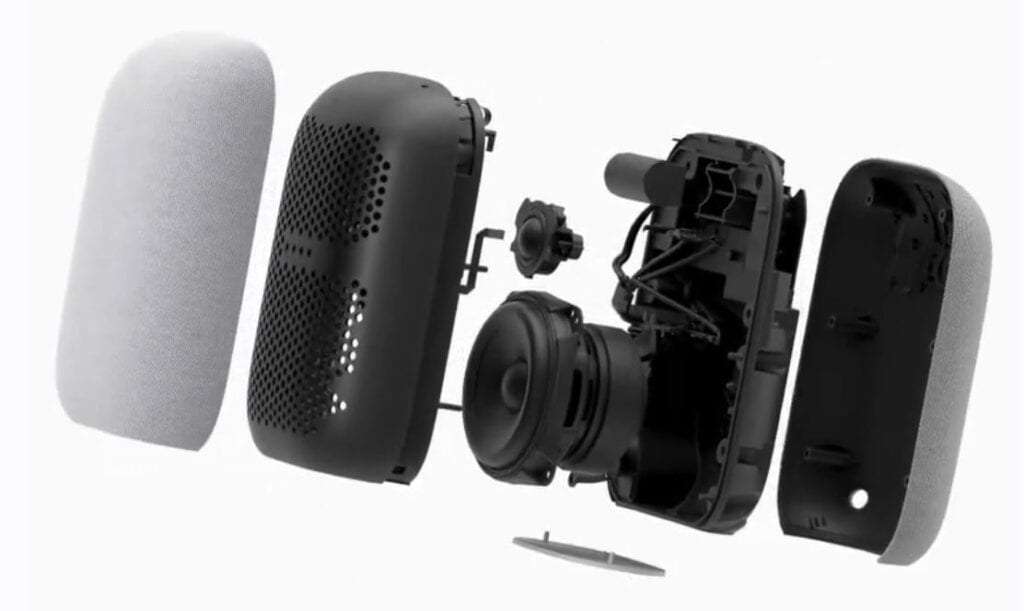 The new Google Nest Audio will launch on October 5th and cost €99. It’s available to pre-order now in just 2 colours, Chalk and Charcoal. Hopefully Google roll out the Sage, Sand and Sky colour options to Irish consumers in the future.

Finally, Google showed us their Chromecast running the updated Google TV platform, which looks like a revamped version of their Android TV UI found on the Nvidia’s Shield devices and certain smart TVs. 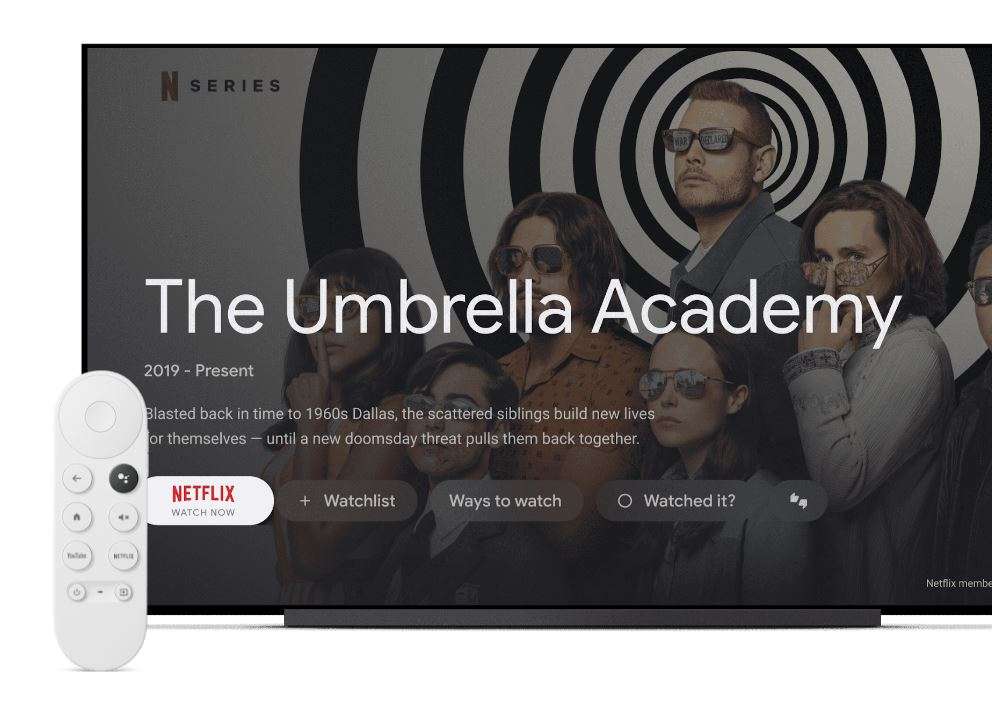 Showcased as a content aggregator for all your streaming apps, the new platform is making its debut on the new Chromecast device which comes with its own remote that, as expected, has a Google Assistant button built in along with a dedicated YouTube and Netflix button. 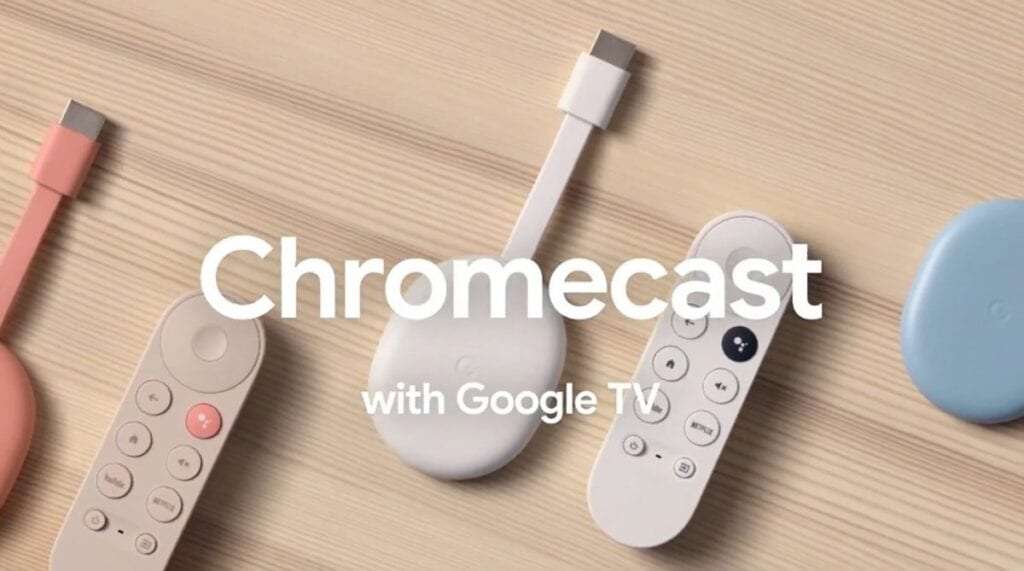 The new Chromecast was shown off in three colours, Snow, Sky and Sunrise, which translates to white, baby blue and salmon pink but the Irish Store is only allowing pre-orders on the white variant for now. The new Chromecast with Google TV has an RRP of €79.99. 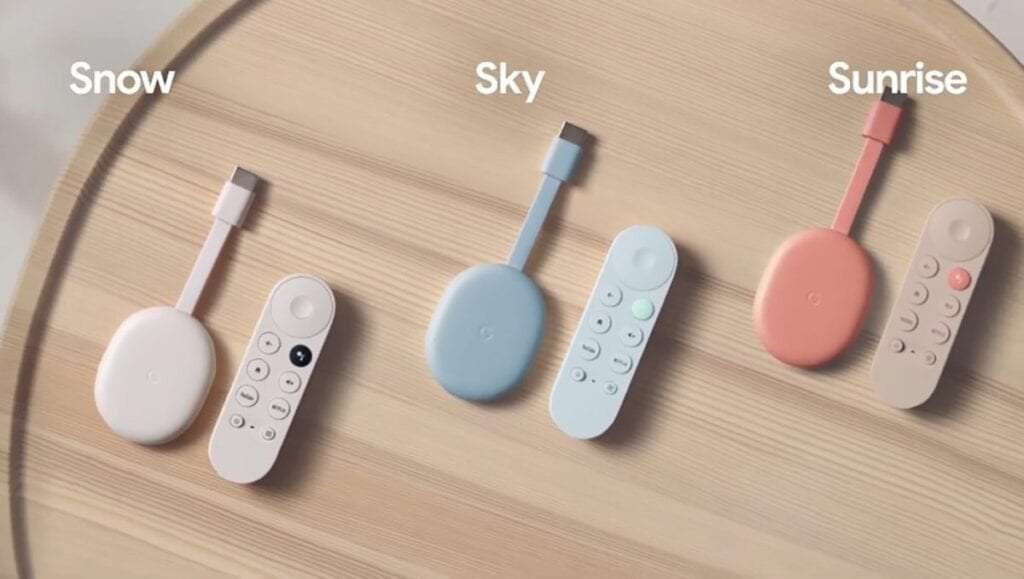