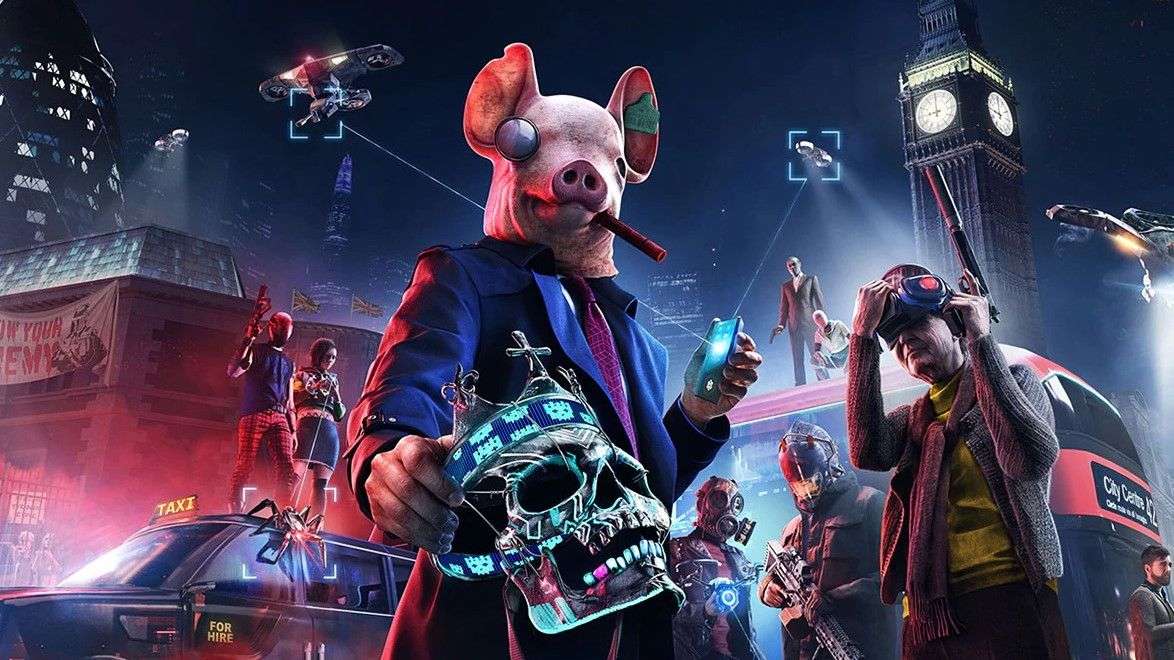 Watch Dogs Legion might have flown under your radar with the hype levels for Cyberpunk 2077’s upcoming release but is it worth adding to your Santa list too? Watch Dogs has had 4 years between instalments too meaning Ubisoft has had time to really refine the game. Has the wait been worth it? Let’s find out in our review.

Watch Dogs 2 was released to a lot of expectations. Namely, establishing the series after the original’s underwhelming story and execution on its now infamous E3 trailer and it did a great job of doing this. Taking the game to San Francisco – a city filled with life and vibrancy that’s reflected in the game itself. It’s story massively improved, gameplay became much deeper and overall freedom really made it one of the games of the year. I’m happy to report that in Watch Dogs’ third outing – Ubisoft left nothing on the table. 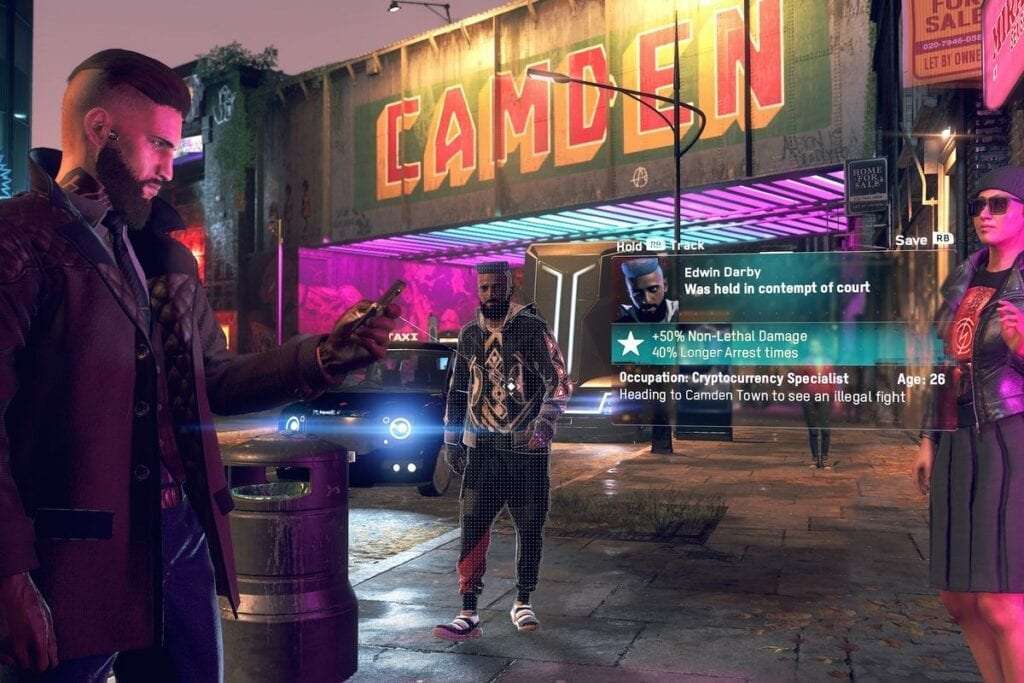 Watch Dogs Legion takes us to London in the near future, bustling with people, electric cars and drones. It’s a fantastic representation of the city with its boroughs brought to life incredibly well. So well in fact, I was able to navigate around the city in some places without the sat-nav entirely thanks to its faithfulness to the layout and landmarks that make the city great. You will notice a lot of ‘Albion’ logos as you walk, drive, swim, boat and fly around the city – that’s the main focus of our story this time around.

This time, DeadSec have really landed themselves in it – being framed for a series of bombings in London and your task is to rebuild the group – recruiting literally anyone to the cause. Yes, this time around profiling people is a very worthwhile cause because you’ll need a range of characters with their own skills, voices and traits to succeed in this game and you’ll need to put the work in to bring them to your cause – each one has their own recruitment mission and motive for joining. It’s a huge technical accomplishment and really brings the game to life. Building a diverse cast of team-mates is key to success. For example, recruiting a barrister might shorten the cooldown period if your character gets arrested. A healthcare worker might get your team-mate back in action quicker if you get taken down mid gunfight. 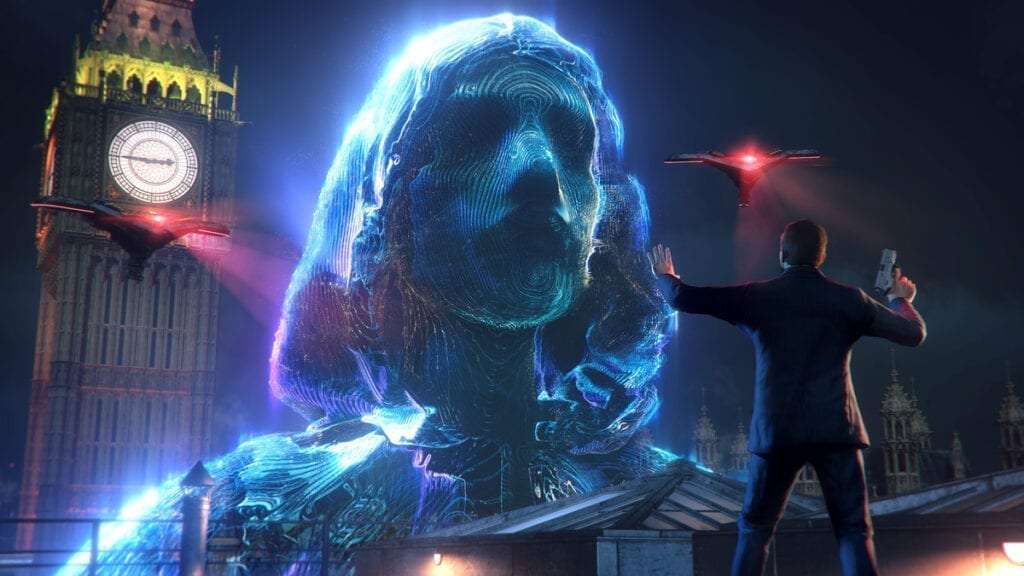 The story aint’ half bad either. With multiple storylines available to play that all crossover and intertwine nicely. From Clan Kelly (think East-end gang), to intelligence agencies – it’s very well crafted and engaging. I won’t spoil it, but the story touches on themes that I simply haven’t seen in video-games before like how society treats refugees or even human trafficking. Watch Dogs Legion is probably the first Ubisoft game that isn’t afraid to be political, it’s taking a risk in doing so but it really really really pays off. It’s also quite a long story with a huge amount of side missions to take part in. My favourite would have to be the Stormzy mission where you help get a live-stream up and running by fending off drones.

Now, gameplay has always been a mixed bag when it comes Watch Dogs. Driving is still underwhelming in Legion but I’m not sure how much of that is because of how small London streets are compared to the wide expansive routes of SF. It’s not going to win any awards in shooting either but we think most people are going to default to stealth when completing missions, or not even entering buildings at all.

Legion comes with the most expansive toolkit of hacking and gadgets I’ve seen and it makes every mission a joy. You can go full stealth, throwing a SpiderBot over a fence and hacking into systems. You can cloak yourself to takedown enemies and then shroud them in an AR cloak so they don’t get discovered. You can even hijack surveillance and riot drones to do the dirty work for you and let you focus on completing the objective. The additions Ubisoft have given here really entices you to go and explore the city and find tech points to upgrade your kit and they also give you unparalleled freedom to complete the game in the way you want to. 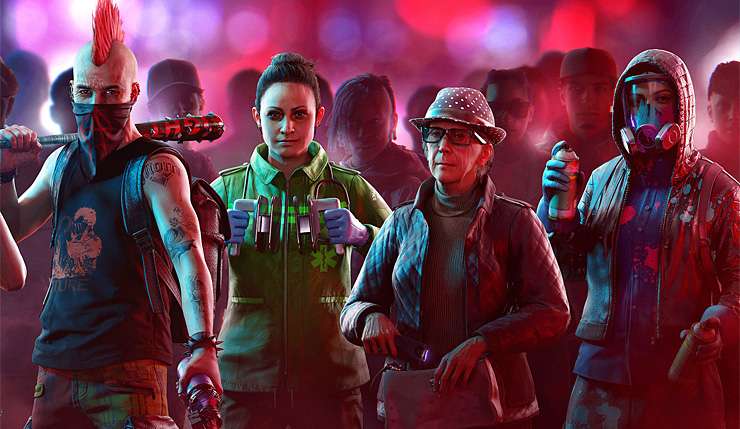 This is just the single-player we’re talking about, Watch Dogs Legion also comes with a full online mode – Invasion will be making a return (a personal fave) but you’ll be able to go PvP in the SpiderBot arena to live out your Robot Wars fantasies. Finally, you’ll be even able to take three friends into your game too for special missions.

I do wish that current-gen performance was better. The game is ambitious, very very ambitious. I’m playing on the Xbox One X and there are huge draw distances and a highly detailed world. It’s the first game in a long time where I’ve seen pop-in, or textures load in real time for things like graffiti. Now, I’m not going to knock a point off it for ambition (especially when Rockstar keeps releasing GTA V) but be warned, the game is making compromises in things like a steady framerate or consistent visuals to run on the consoles. Personally, I cannot wait to play it on next-gen hardware – just look how good it looks on the Xbox Series X and an Nvidia GeForce RTX 3090 graphics card!

In terms of voice-acting, the fact you can play as anyone means there’s quite a mis-match for some people to the voices in use and it slightly limits their animations too, pulling you out of the story. The only other critique I can make against the game is in terms of its radio. I really wish there were more talk show radio stations (there are quite a limited number of ‘The Bug’ podcasts to listen to) which would help flesh out the world and give you a reason not to fast-travel around London.

Watch Dogs Legion might be released in an unfortunate time (with Assassin’s Creed Valhalla and CyberPunk 2077 around the corner) but it’s absolutely worth picking up – especially if you’re getting a PS5 or Xbox Series X/S. It’s got a fantastic story, fully realised world and is just so deep as a game you might not want to surface for a while.

Ubisoft provided TheEffect.net with a review code for Watch Dogs Legion on Xbox. Game was reviewed on the Xbox One X.