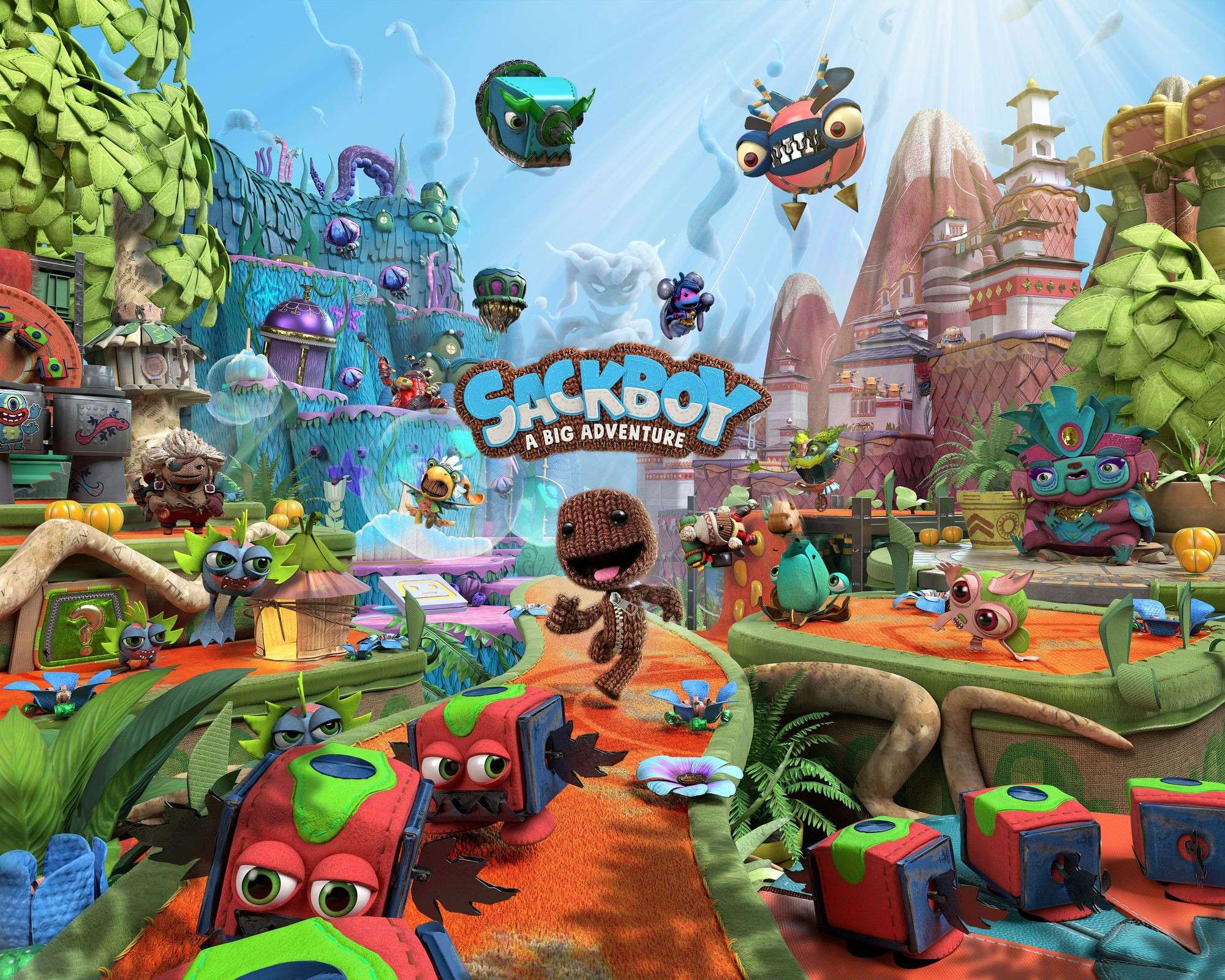 Cast your minds back to 2008 when a plucky little game studio called Media Molecule released their crafting creation, Little Big Planet, into the world on PS3. Fast forward to 2020 and that very game’s protagonist, Sackboy, is back again for the launch of a brand new PlayStation console in his own solo, or should we say, ‘big’ adventure. Developed by Sumo Digital, this iconic and ‘unofficial’ PlayStation mascot has been tasked with saving Craftverse and its your job to help him do it! 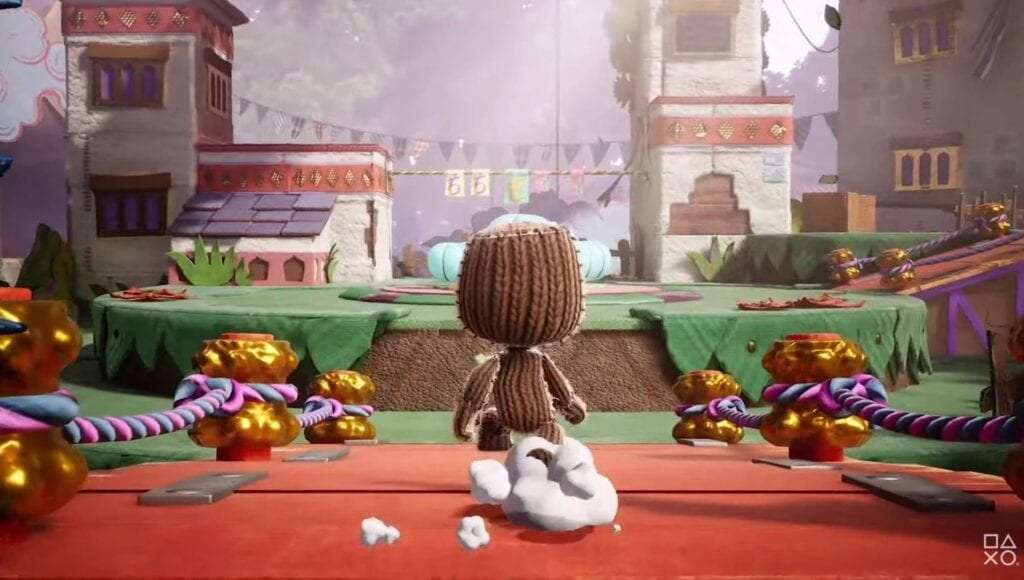 Unlike any of the previous Little Big Planet games, Sackboy: A Big Adventure is a title that does away with the franchise’s crafting elements for a far more traditional platforming experience. In this sense, Sackboy is the sole protagonist who must save Craftverse from the devilish Vex – a Tim Burton-esque jester puppet who has vacuumed away everyone so they can be put to use toward creating his ‘Topsy Turver’! 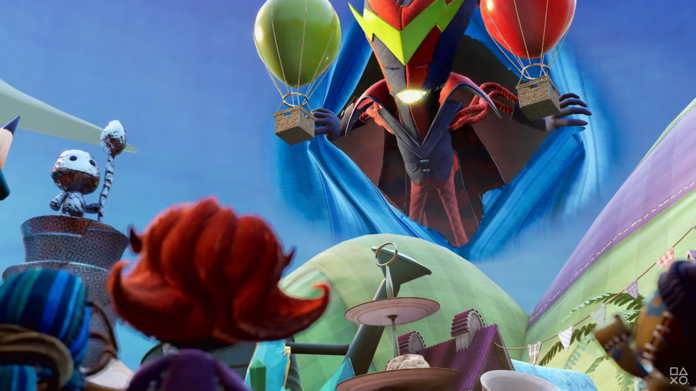 As the adventure begins, Sackboy is joined by Scarlet – an impressive, if somewhat silly, mentor who guides players through the evolving narrative. Although Steven Fry’s usual presence as the narrator in Little Big Planet titles will be missed, the performances by Dawn French (Scarlet) and Richard E. Grant (Vex) more than make up for his absence. 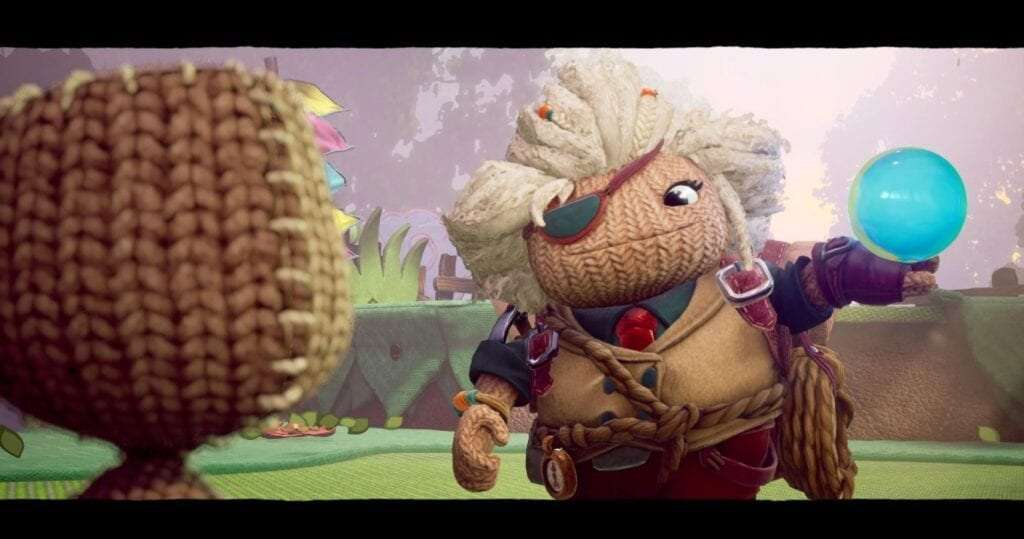 With that said, the narrative in Sackboy: A Big Adventure will leave players wanting. Despite the game being a somewhat solo adventure (up to three friends can join), the story element acts as a rather loose and thin thread with which to push gamers forward toward the inevitable conclusion; versus being a narratively thick weave to get lost into. In many respects, it is par the course for platforming titles like this one even though a more engaging narrative would have been appreciated for Sackboy’s first solo adventure.

An additional change to Sackboy: A Big Adventure over previous entries in the franchise, is the move from a 2.5D viewpoint to full 3D. In this way, the title is more Crash Bandicoot, Spyro and Super Mario in its presentation. The change has allowed for some interesting level designs too, showcasing just how much of a jumper, or should we say platformer, Sackboy can be. 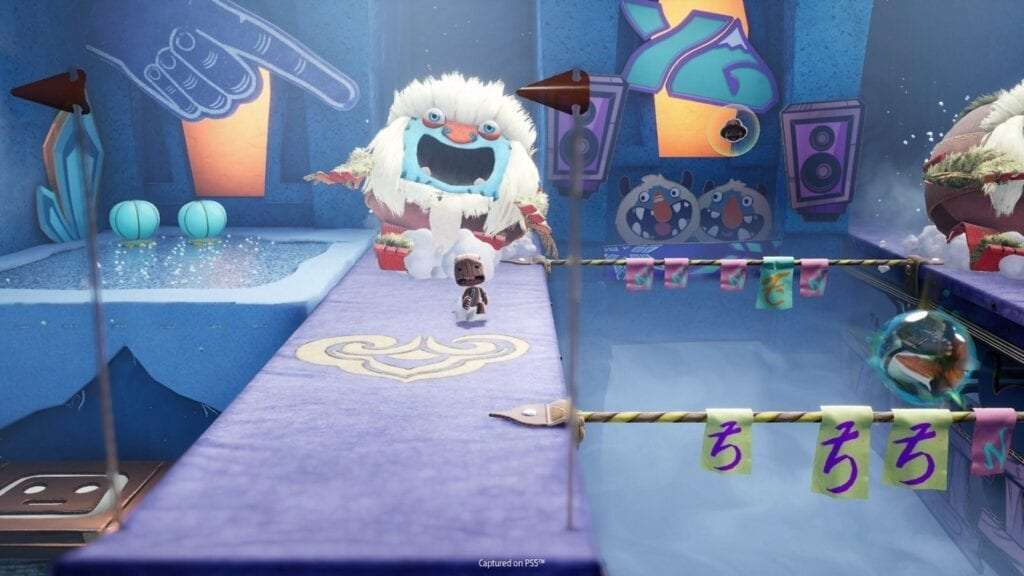 On the whole, levels are very well designed and often require more strategic thought than one might originally give them – especially if obtaining all of the collectibles and secrets is something you need to do. Either way, gamers will not be disappointed by the variety of locations on offer – even if the gameplay eventually becomes somewhat repetitive (as is often the case for platforming titles).

Despite the welcome changes in viewpoint and level design, the fundamental heart of Little Big Planet remains through a static and unmoving camera, Sackboy’s move-set and some familiar visuals.

In terms of gameplay, Sackboy can jump, punch, roll, and more, whilst also being able to grab on sponges, pick up items, and bounce on pads. He also has a voice this time around, although it is more prevalent for anguished screams when falling off the world map or grunts and groans when batting enemies. 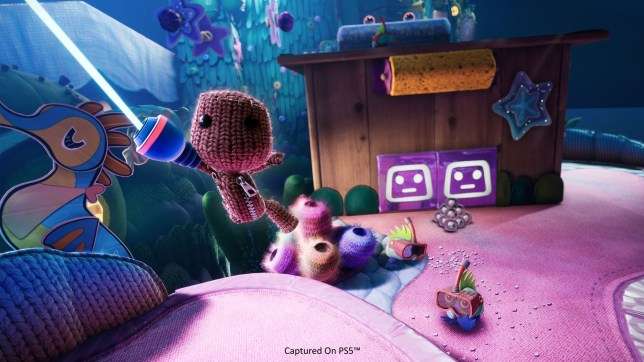 Overall, it is a wonderful mix of the familiar, for anyone who has played as Sackboy before; and the modern, for anyone use to platforming titles. Better still, there are also power-ups he can find and use. What makes these even more impressive, however, is how the level design will often reflect the need for the power-ups to be used. A very clever way of ensuring gamers explore Sackboy’s full move-set; especially when it comes to finding all of the hidden collectibles and secrets.

Visually, the game is absolutely gorgeous. Although the visual aesthetic keeps the same hand-crafted look of the original titles in the franchise – often resembling a child’s craft room with cardboard cutouts, stickers, bits of material and buttons – the levels and items Sackboy can interact with have all been given a fantastic next-generation make-over. 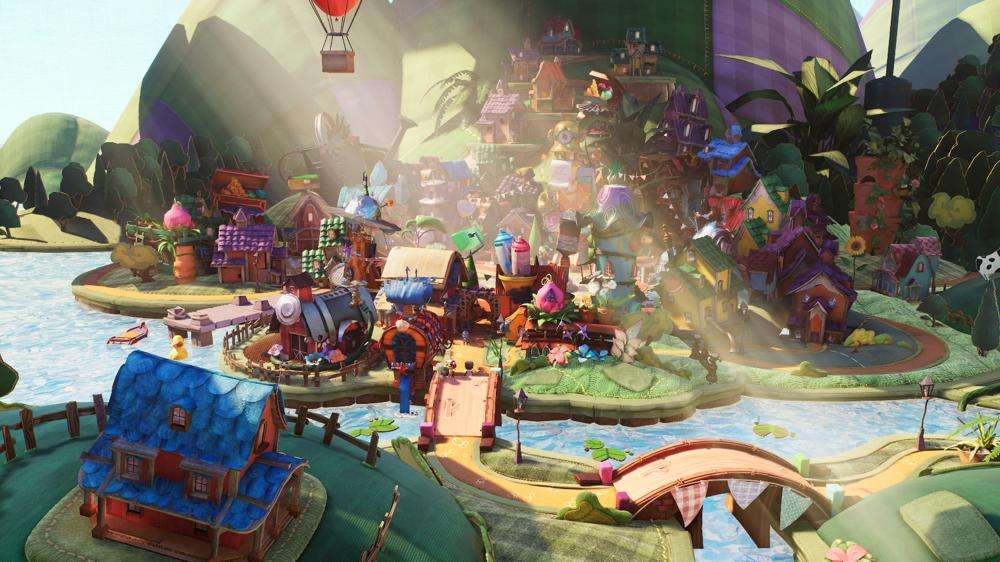 Stages all have a really impressive depth-of-field effect to enhance the overall aesthetic design even more, whilst textures all have a super high fidelity to them resulting in materials that often look photo realistic. Sackboy is an excellent example of this, where his black glossy eyes reflect the world around him and his heavy knit skin has real depth; not to mention strands and fibres poking out here and there as they would with real material. 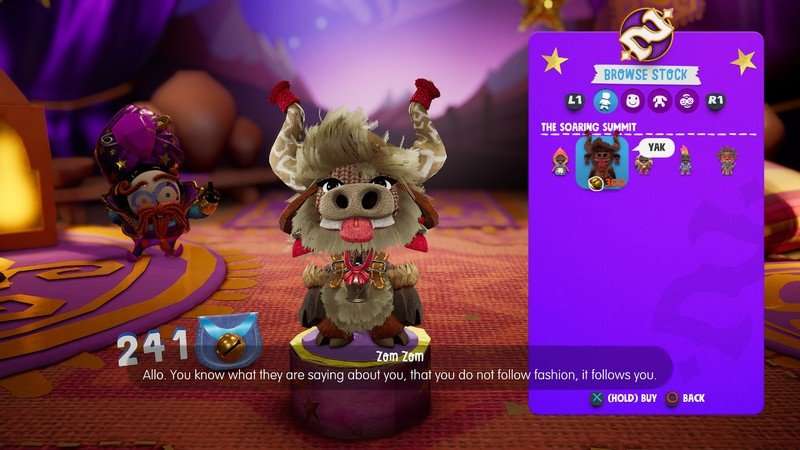 The Craftverse itself is further visually embellished with some truly eye watering ray tracing. It appears to be used everywhere, bringing to life basically every single reflective surface in the game. From polished wood and foil paper, through to crab armour and shiny orbs; every single surface or material that should be reflective has a reflection, and it looks stunning, The same visual flourishes are applied to Sackboy’s many outfits and accessories; all of which are rendered to near Pixar levels of fidelity.

Perhaps one of the most interesting inclusions in Sackboy: A Big Adventure is a musical score that features both licensed and original music. However, there is more to the audio than first meets the ear. Craftverse will often come alive to the beat and rhythm of the music being played. Whether that is a dynamic and remixed version of Britney Spears’ toxic or something a little more quaint, the reality is how the beat and rhythm of the musical score all have a direct impact on the world Sackboy must navigate. It certainly made dodging shiny spiked rollers from sewer dwellers with Britney singing to the action an intriguing experience 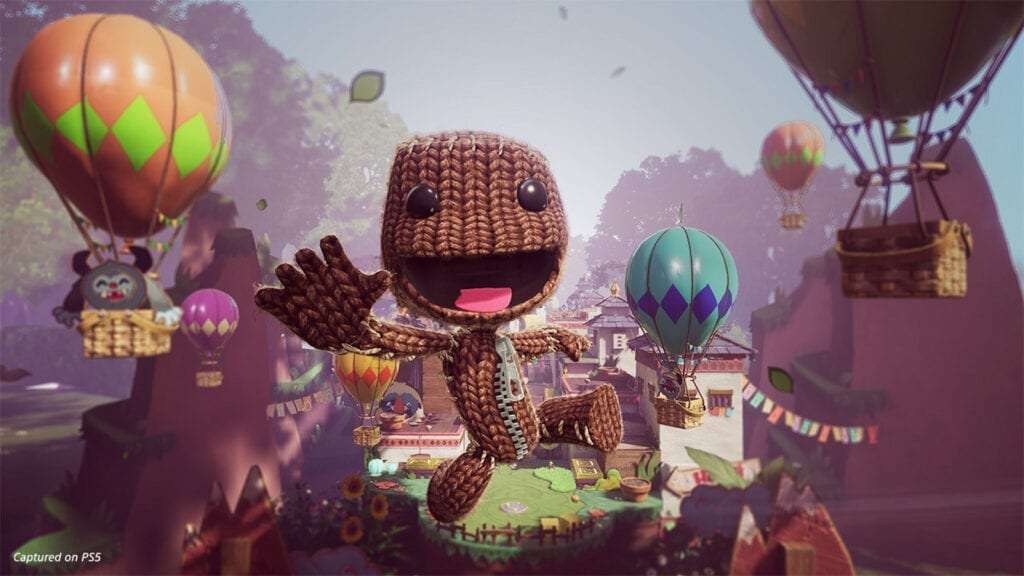 Sackboy: A Big Adventure serves as a wonderful solo debut title for this iconic PlayStation mascot. Although the narrative leaves a lot to be desired, despite a loveable mentor and interesting villain, and only offering fairly standard gameplay mechanics for a platformer; the game does shine in its own way. The truly gorgeous visuals paired together with the ever changing level design and wonderful use of music; seek to bring everything together to creatively craft a bespoke game experience that is well worth the price of entry.

Sackboy: A Big Adventure was reviewed on a PlayStation 5 console using a code supplied by Sony PlayStation Ireland. The game is also available for PlayStation 4. 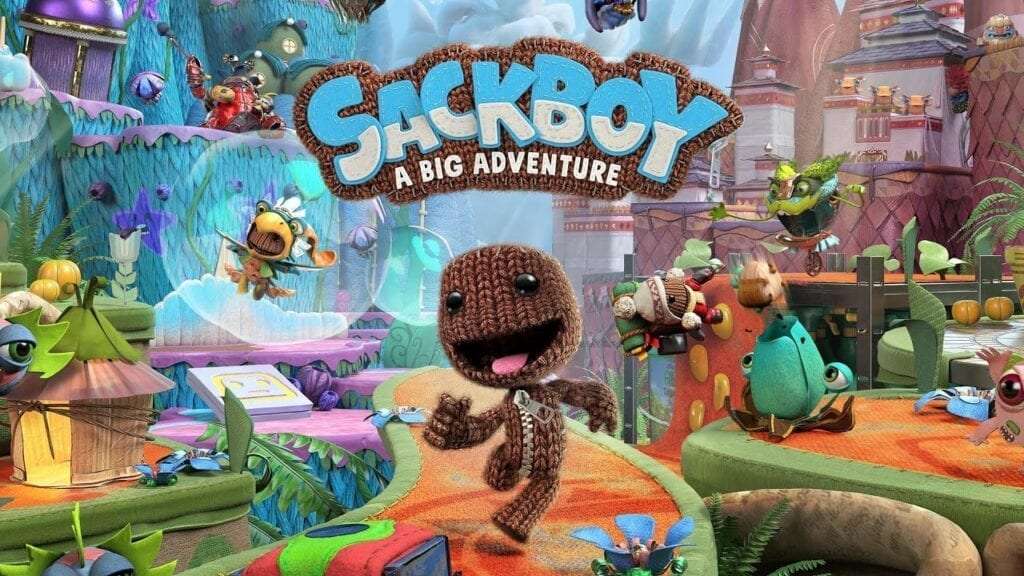