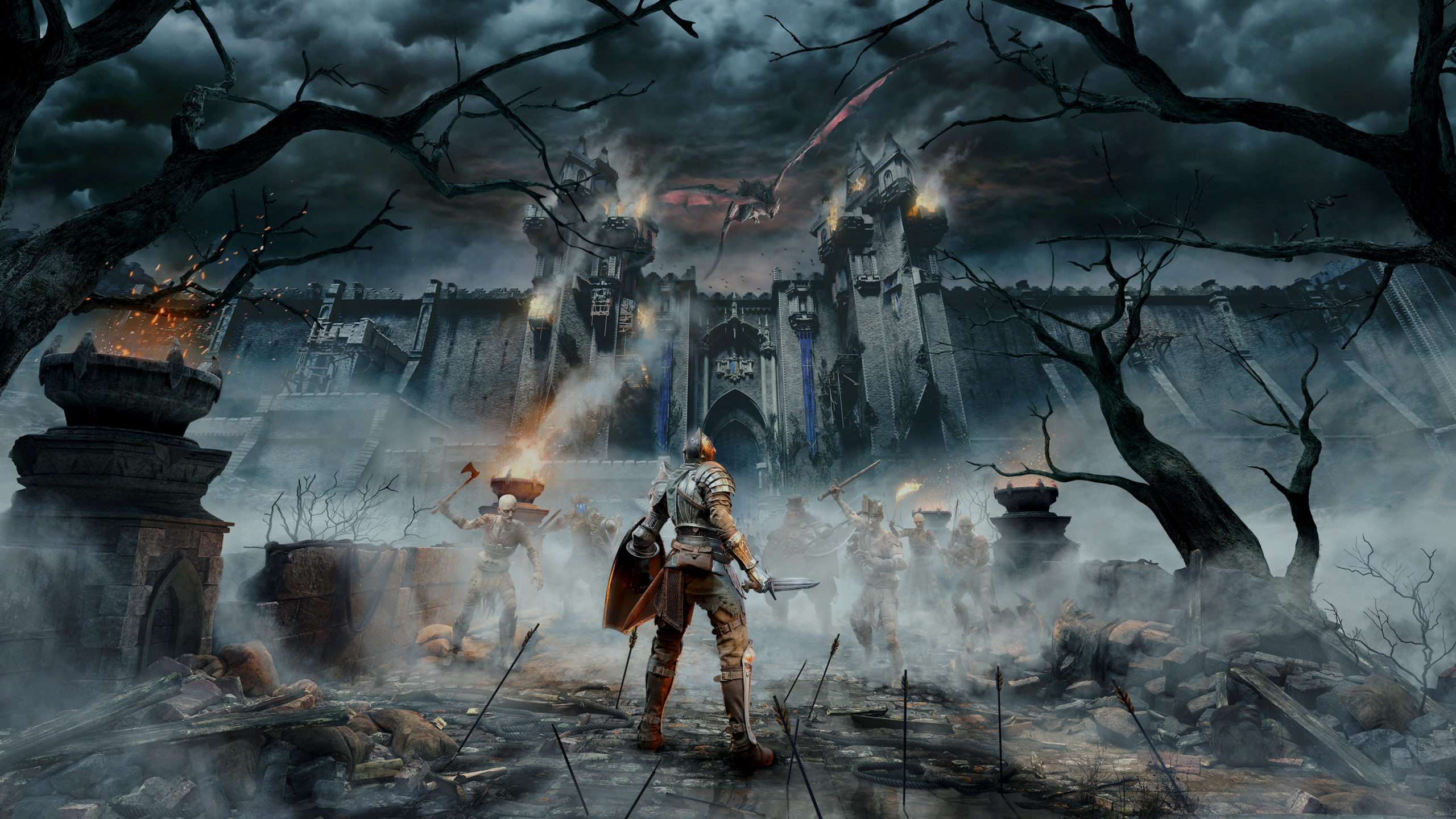 FromSoftware tortured and entertained our souls on the PlayStation 3 with Demon’s Souls, a game presumed to be in the same universe as Dark Souls. The point of the game is to challenge players with impossibly difficult odds, strip away a large number of checkpoints, and get them to memorize and understand the scenarios they keep replaying over and over again. This game is a grim yet beautiful grind. Let’s get right into it. 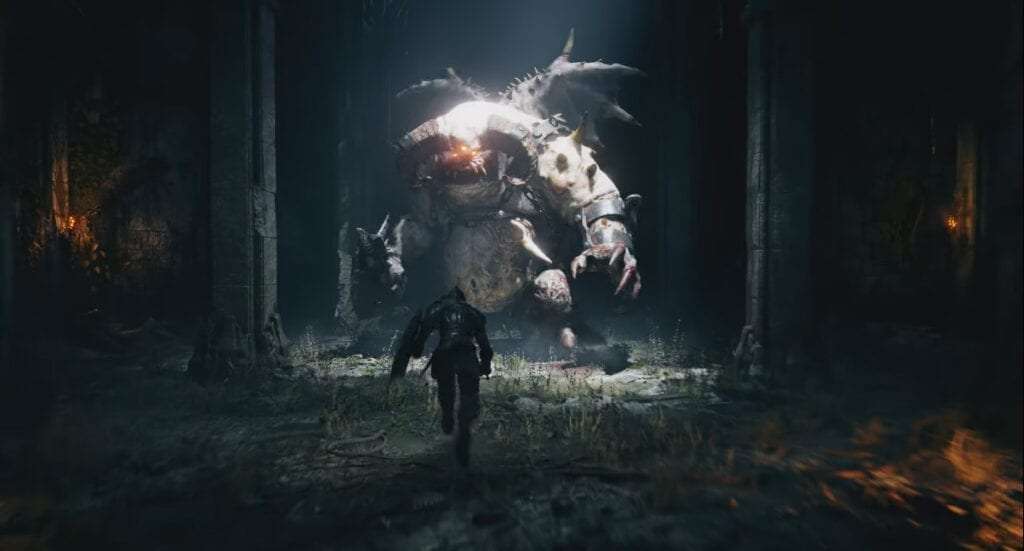 Demon’s Souls revolves around the cursed land of Boletaria. Demons have infected the land with the sole purpose of collecting souls, which turns residents into lifeless creatures that constantly violently wander. The demon antagonists are huge, they’re ugly, and they’re vicious. Your character, who is taken down at the beginning of the game, is tasked with retrieving souls and taking back the land of Boletaria by destroying the demon rulers. 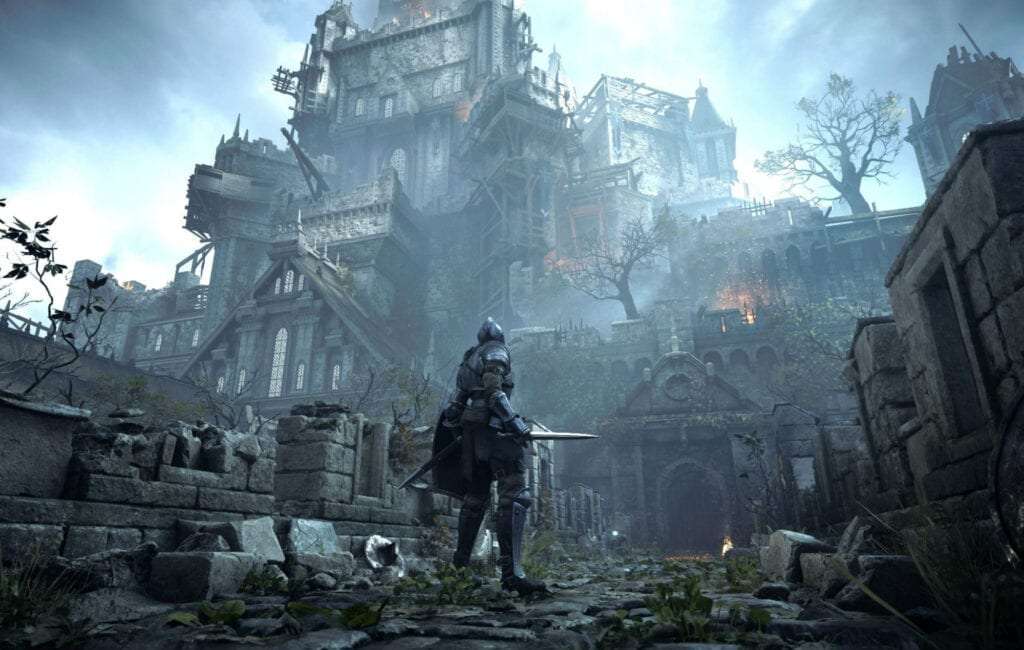 The story is drenched in horror and terror, which might be the best part of the game. It is thick with narrative and it’s essentially helping to push the player to keep going, if not only to see what the atmosphere of the game builds upon. It’s one of the reasons that I have dug my heels into the ground and have kept pushing forward with the game.

In short, you won’t be disappointed with the narrative aspect of gameplay.

You know this gameplay. You have heard from friends or maybe experienced it yourself the constant grind of dying and dying in this game. It’s no joke and the gameplay essentially tells you to expect it, regardless of how good you might think you are in Demon’s Souls. I guess that is the joy of the game, where you understand that ALL the odds are against your skills. The real need to problem solve on the fly and avoid making mistakes is engrained in this game’s design. 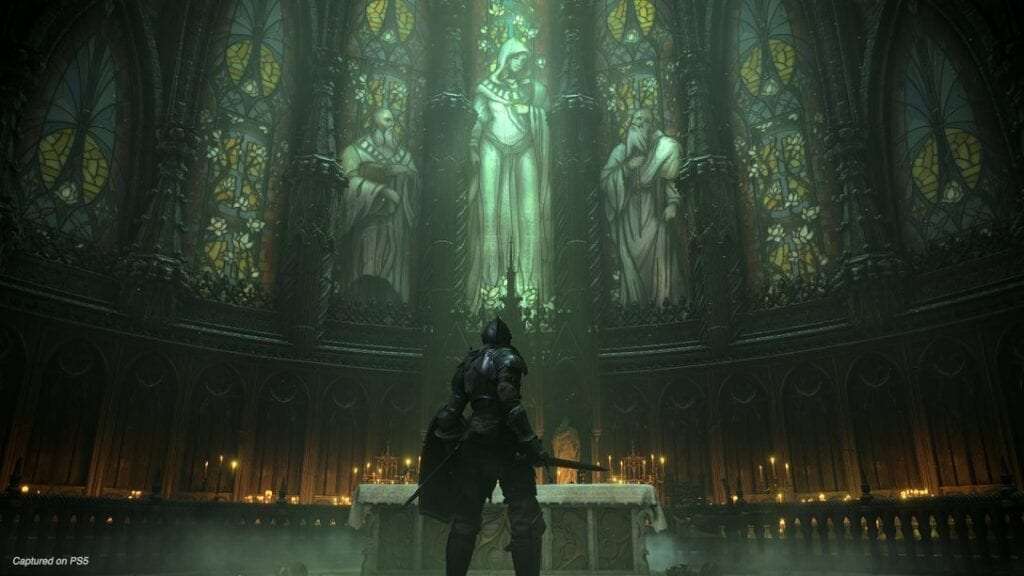 The game does give you all the tools to get there, but it certainly makes you feel every ounce of effort it takes. For example, knowing that you can roll out of a situation or can parry/hit at a precise time will help you cultivate a solution and play style that will get you far. That doesn’t mean that by knowing said techniques that you’re going to be okay in the game or that you’re going to die less; it simply means that you understand the tools in your tool belt to progress…eventually. Unlike its 2009 debut, which didn’t really sit well with some people, you know what to expect from the gameplay.

Having said that, there is nothing more satisfying than getting to a boss stage after you have traveled such a long distance and gone through literal hell to get there. The game turns up the pressure in this portion of the game, even showing its hand at what pattern the boss uses. The pressure to stay alive and the planning that it takes to learn the boss’s moves on the fly is what makes this game a sick joy. It is pretty euphoric and you might feel unstoppable…until the next stage begins. 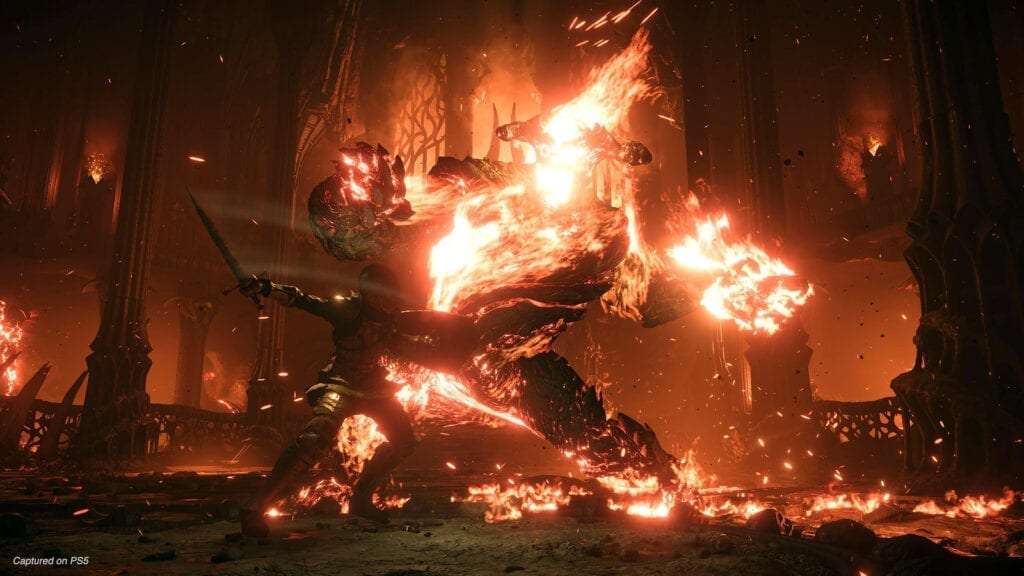 Anyway, Demon’s Souls gameplay and inevitable frustration are helped by a few additional details in the gameplay design. The biggest? When you destroy enemies, you receive souls. Those souls translate to help with health, armor, and weapons (as well as upgrades). It sounds pretty easy, as it feels like, at least on paper, that gathering souls, getting upgraded armor and/or weapons would make things easier. Sadly, it’s not easier, as the game presents a fail-safe when it comes to feeling remotely comfortable with how you’re doing. Should you die with a boatload of souls to your name, the souls are left where you died. If you die again without retrieving them, the souls are gone. What that means is that you have to really know when to use those souls and when to keep them, as well as estimate how much of a chance you want to take with a large number of souls. There’s so much to think about in this game that it’s maddening at times, but that’s a part of its design. Love it or hate it, it doesn’t hide what it’s trying to do. 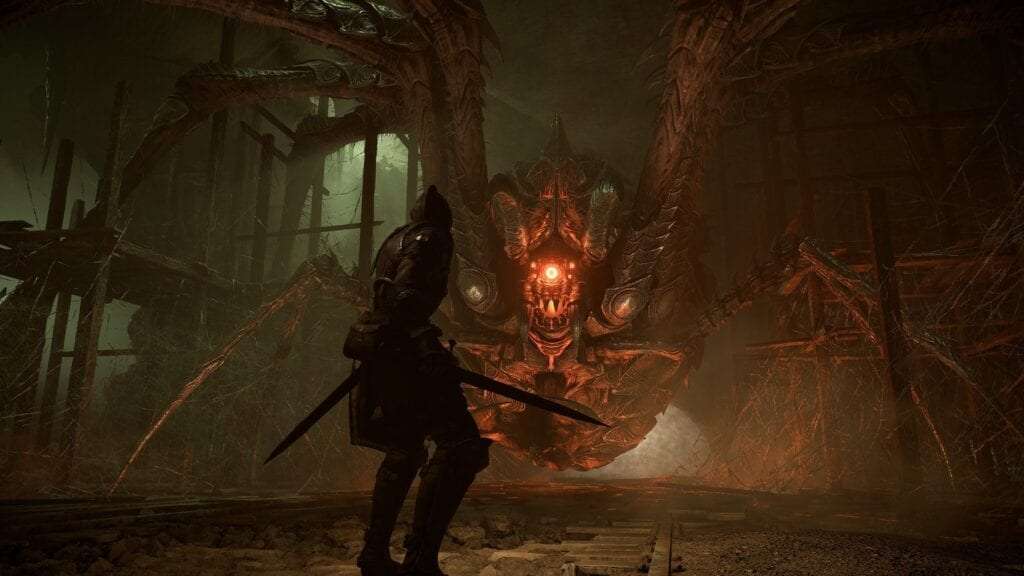 All of this said, do you want to take this challenge on? What’s the real benefit of it? Well, this game is built for the best of the best. That means if you succeed, then damn you’re a good gamer. That might seem like quite a statement but, unfortunately for some, it’s the truth. This game is harder than the rest of the Souls series. You can see its imperfections in its intentions, which makes it a very challenging game. It doesn’t beat around the bush and it doesn’t seem to apologize for its plan. It’s a good game by being truthful for what it is, which all players going into it should know.

It’s hard, it’s unforgiving, and that is what makes it Demon’s Souls.

While the reasoning for bringing this game back home after 11 years is because it needed a re-release, and it honestly needed to show its beautiful face again, the remastered version of this game makes the PlayStation 5 launch even more impressive because of it. Demon’s Souls remastered is a thing of beauty. Every aspect of the game is detailed, vastly improved lighting has been added, and the creepy factor, even down to the expressions of the monsters when they get taken out, is there and in your face. The game’s atmosphere is upgraded thanks to the system’s capabilities to make the moments more horrifically impactful through the details. 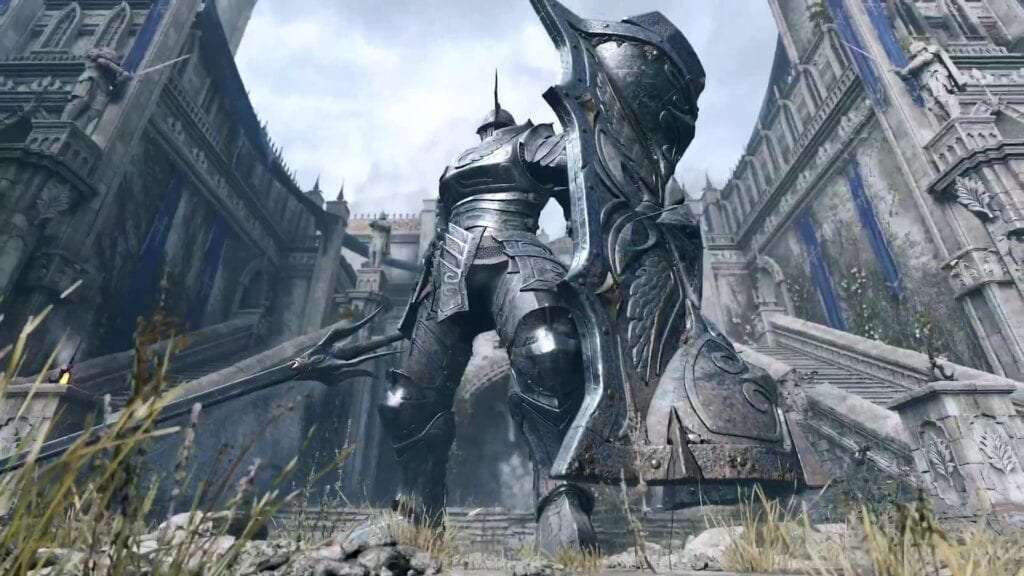 The speed of the HDD also helps things out, as dying in the game means that you’re quickly put back into the scheme of things and given another chance quickly for redemption…or to collect those souls you lost. There’s so much added with quick loading times and upgraded visuals, which only could have happened thanks to the PS5.

If you need a challenge that is less forgiving than the Dark Souls’ series, then you want Demon’s Souls. Bluepoint Games brings the very essence of the original 2009 title with this remastered version, upgrades the experience with PS5 hardware, and makes the game more terrifying. 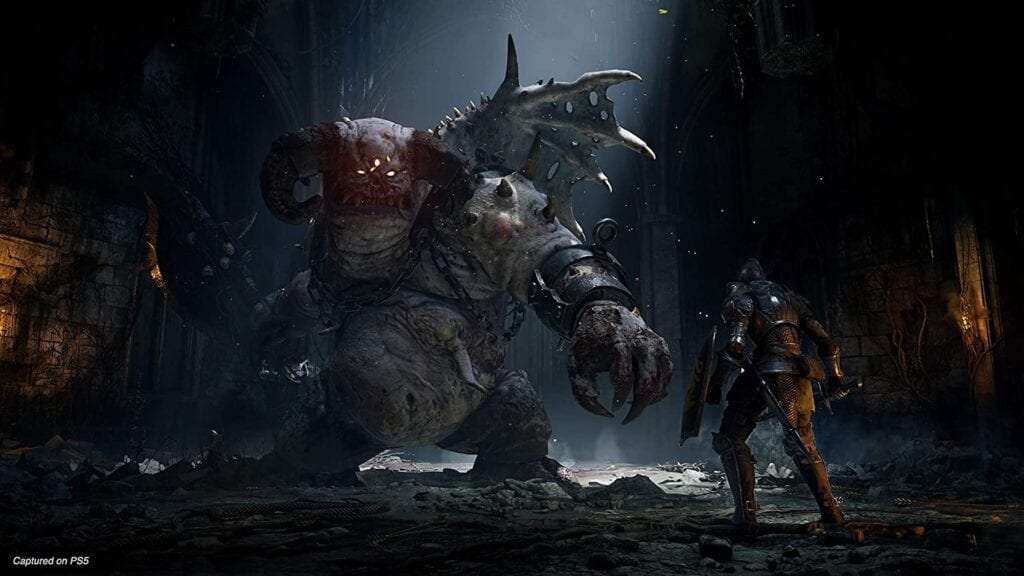