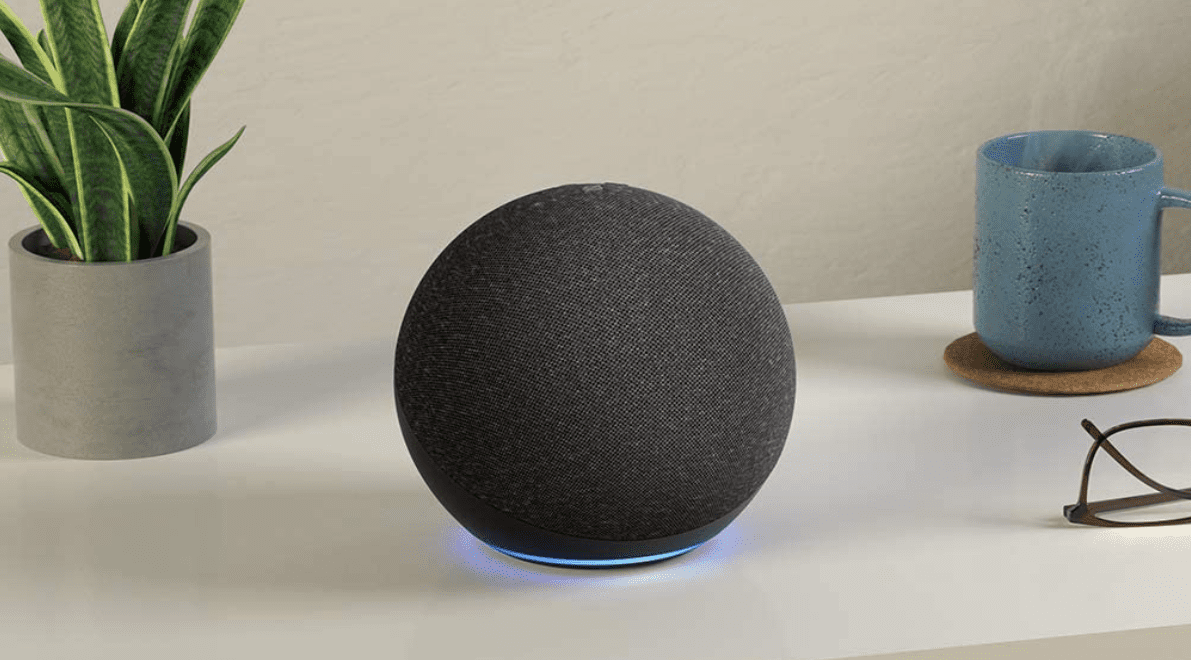 Amazon recently announced a bunch of new Echo devices and part of that announcement included updates to 2 of it’s core smart speakers, the Amazon Echo and the Amazon Echo Dot (the version we have is the Echo Dot with Clock). This review will focus mainly on what’s changed with the new speakers. If you’re interested in finding out more about how the Echo can integrate with your home and its smarts, you can check out our earlier Echo speaker reviews as the core functionally hasn’t hasn’t change, but what has changed with the new models is the form factor.

Amazon completed changed the look of the Echo speakers for their 2020 refresh. Instead of a cylinder for the main Echo and a puck for the Echo Dot, both speakers are now spherical in design with the Echo Dot looking like a the main Echo, but just smaller. 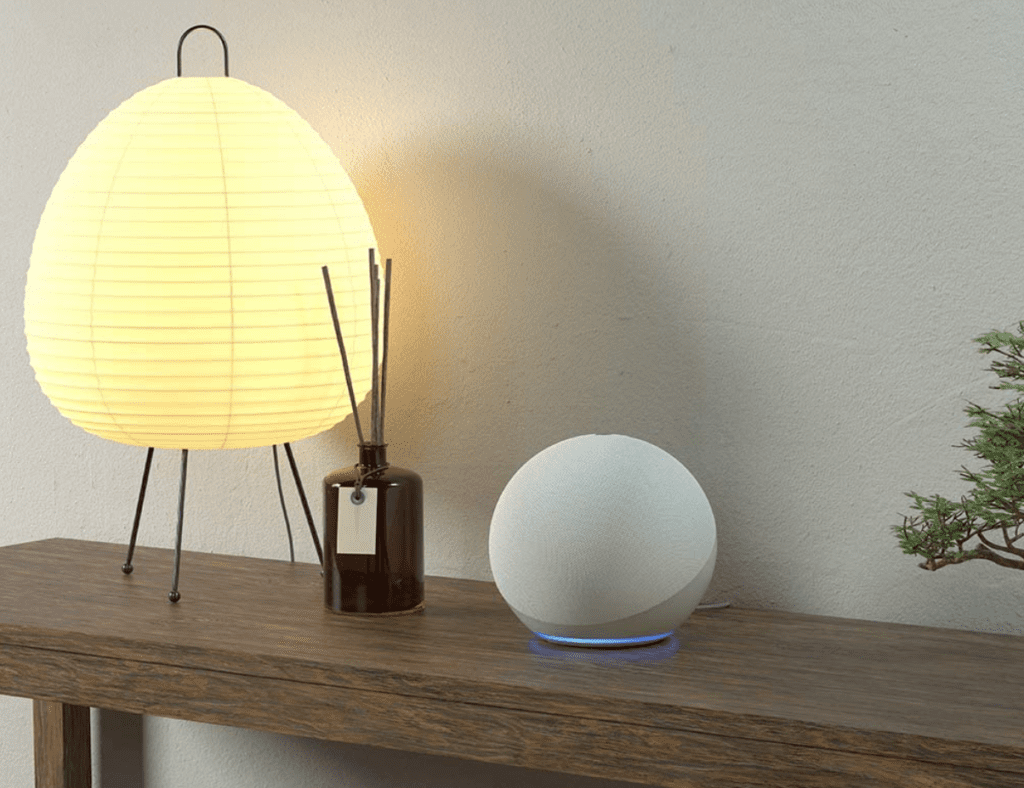 Originally, the Echo speakers had the blue ring of light around the top, but this has now moved to the base of the 2020 models. I have to say I like it down there. Sometimes the light on the top can be quite bright (especially if you’re in bed and asking Alexa to turn on various things). 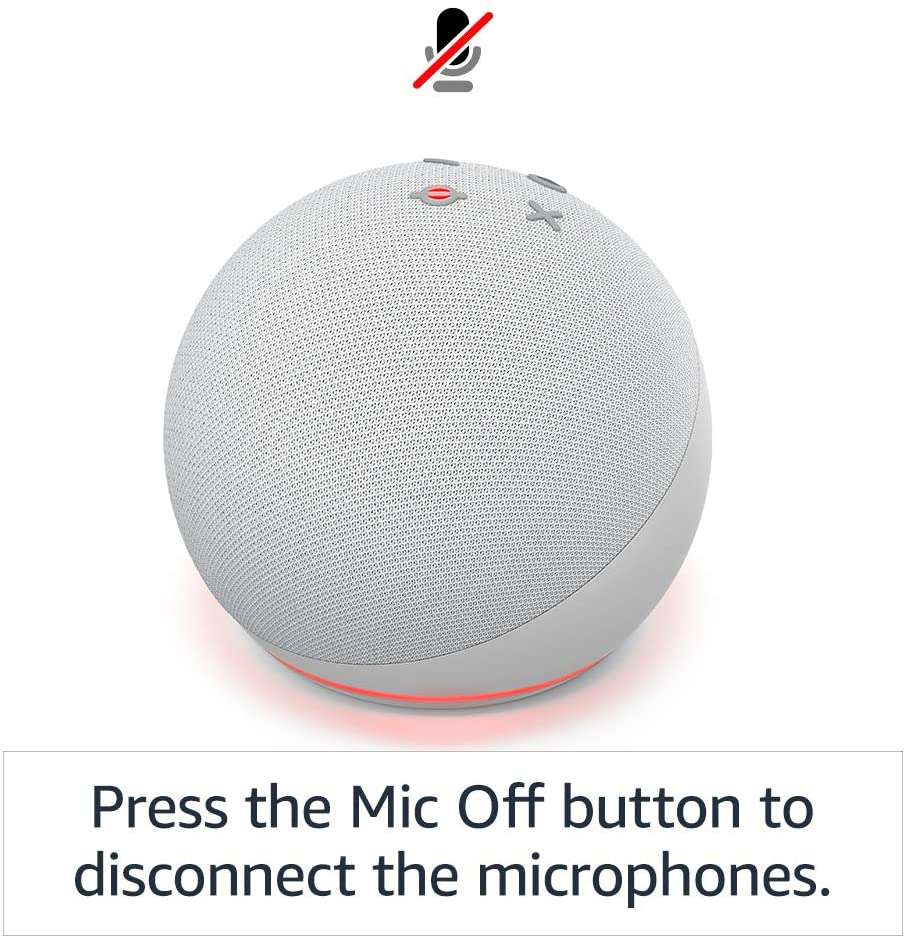 On the top of both are you standard set of buttons (volume + and -, Mute and action button). When you mute, the light ring goes red to indicate that its in mute mode.

While design wise, the new Echo’s are spheres, that doesn’t mean they have 360degree sound. From the image below, you can see the main Echo is made up of 2 forward firing speakers and an upward firing woofer. Honestly, the 2020 range of Amazon Echos sound great. The Dots sound way better than any of the previous generations and the main Echo sounds just as good (if not better) than the last generation (though, if you want the best sound from an Echo smart speaker, then have a look at the Echo Studio. You can find our review here) 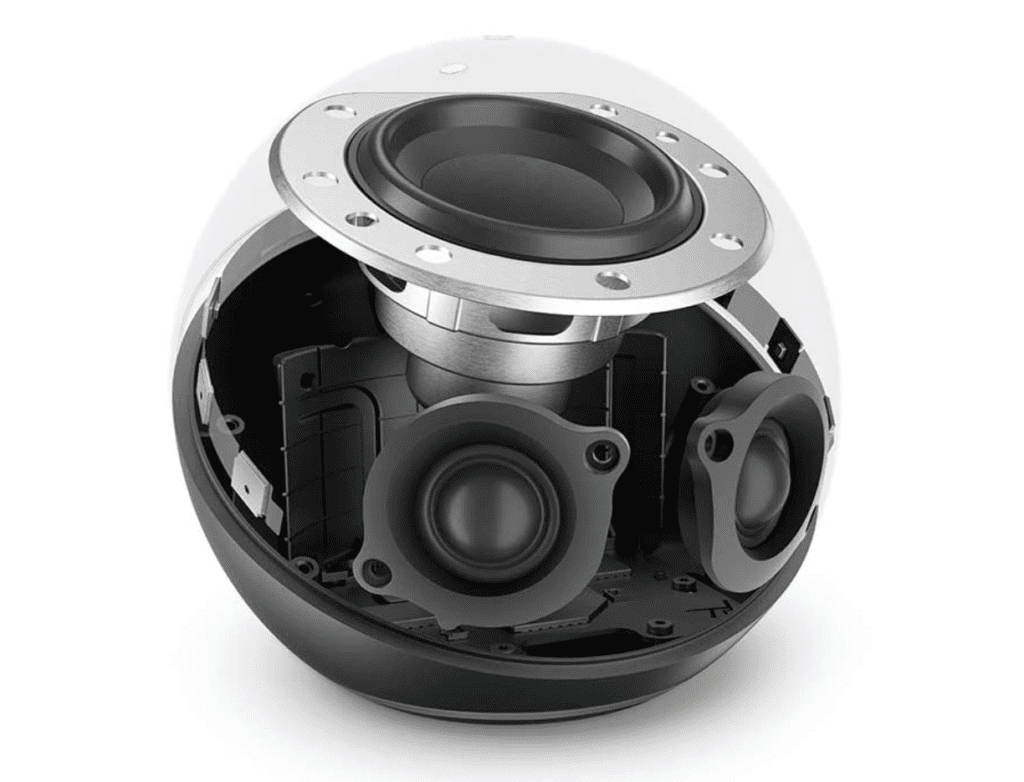 I had no real issues with any of the new Echo’s picking up my voice from across the room (something the earlier generation of the speakers had issues with), but asking Alexa to do things from the other side of the room, without raising my voice, has worked really well (don’t get me wrong, I still end up shout at my Echo’s a lot, but that’s more down to Alexa not understanding what I said, even though I said it very clearly.)

With prices currently (as of this post in Dec 2020), starting at 29.99gbp for the Echo Dot (usual price 49.99gbp), going up to about 59.99gbp for the Echo Dot with Clock and the main Echo selling for 89.99gpb, they are priced to sell. They sound great, work as you would now expect an Amazon Echo device to work (and when ordering if you have had Echo’s before, they can come pre-configured, so all you have to do is take them out and plug them in).