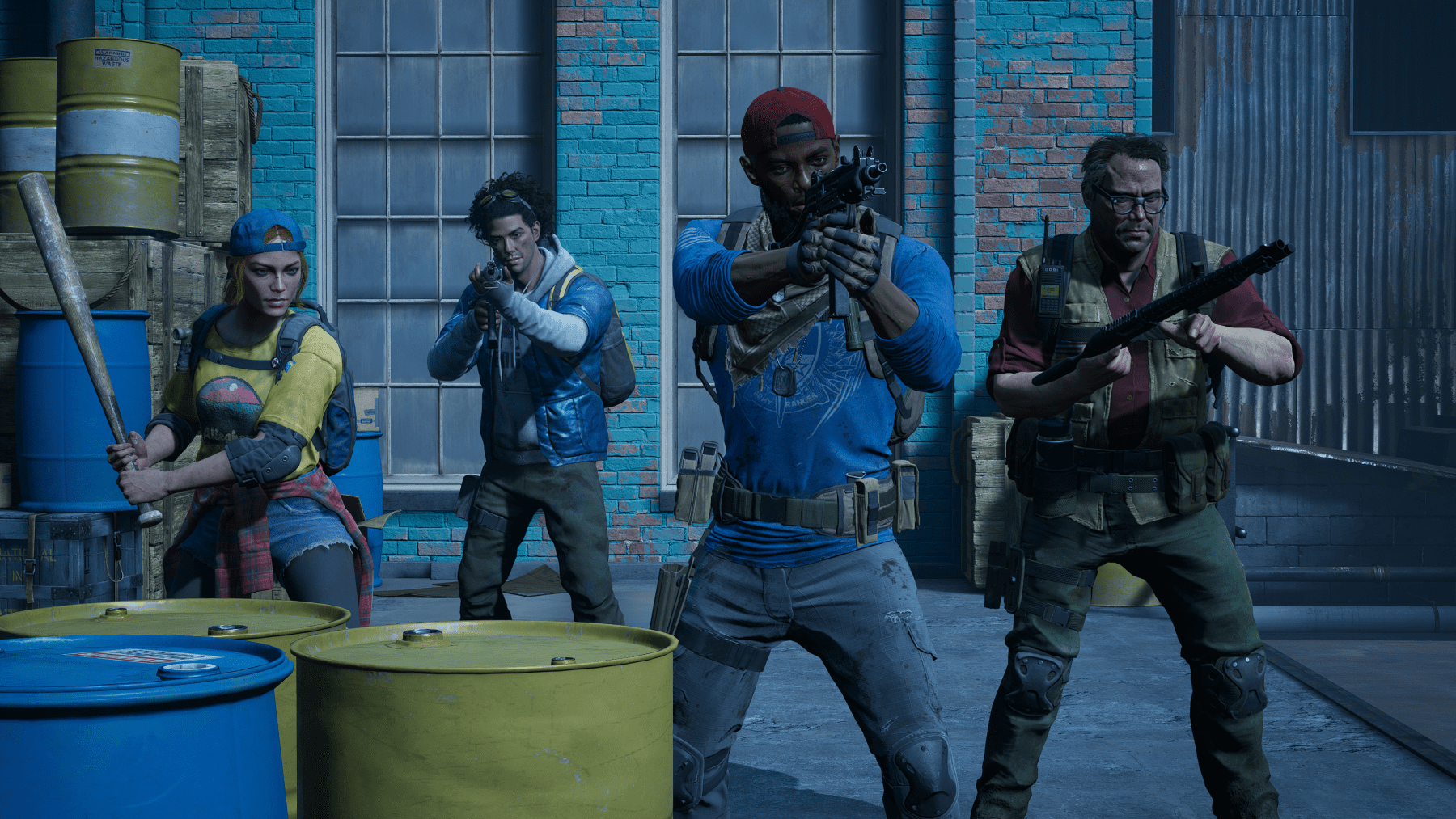 A surprise announcement from The Game Awards was Back 4 Blood, a spiritual successor to Left 4 Dead form Turtle Rock Studios, the studio which made Left 4 Dead (and the less successful Evolve).

Back 4 Blood is very similar to Left 4 Dead, like almost too similar, but that’s kind of the point. Left 4 Dead was an amazing game (and it holds up to this day, I still play it every now and then), so using that as your starting point is not a bad idea. 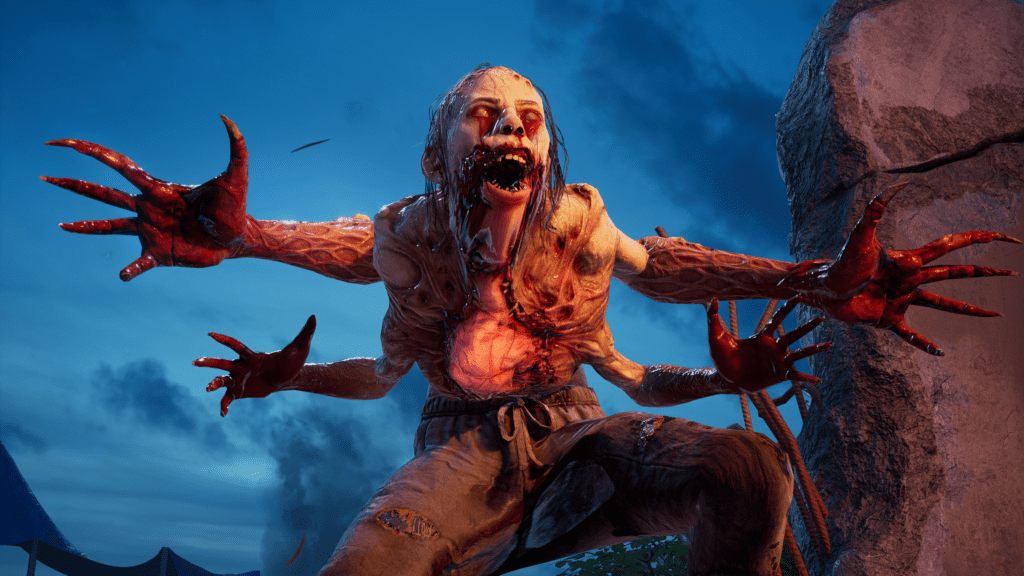 While the core gameplay is familiar, Turtle Rock Studios are adding in new elements like a card system and a currency system to freshen up the genre and differentiate Back 4 Blood as more than just a simple Left 4 Dead clone.

After spending last weekend playing the closed Alpha, I’m reassured that Back 4 Blood is shaping up to be the sequel to Left 4 Dead that fans have been wishing for over a decade now. 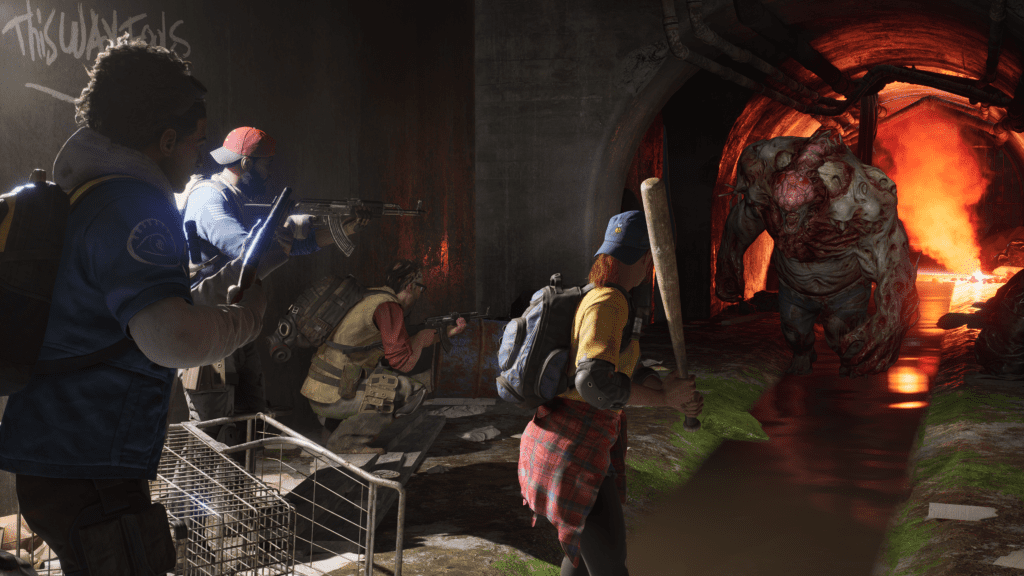 A deadly parasite was uncovered in the frozen Arctic which infects people and turns them into what are called ‘Ridden’ (or worm-brain as the in-game characters call them, as the parasite that turns them into Ridden is a gross worm-like creature).

A nice change from Left 4 Dead is that you don’t play as Survivors, just trying to get to safety, you play as Cleaners, a group of humans who have vowed to fight the Ridden and remove them from the world. There are eight Cleaners but only four in the Alpha, and in another change to L4D, each character has their own perks and bonuses, making each one lean towards a certain role like Tank or Support. 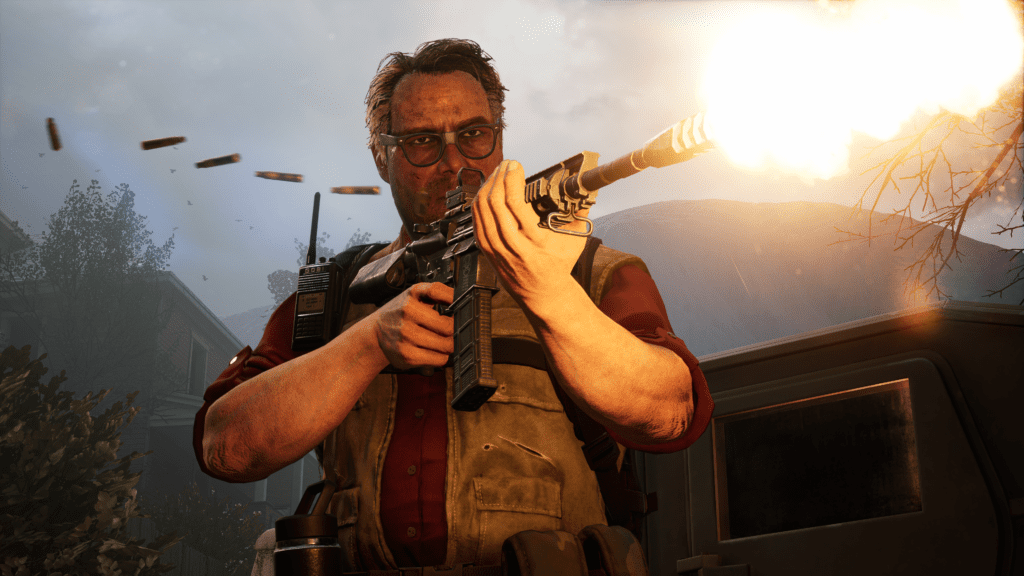 The main gameplay is very very similar to L4D – you start off in a Safehouse and make your way across a map, fighting your way through waves of Ridden and special infected. The latter of which spawn almost constantly in the Alpha, which one thing that needs to be changed before release, imagine playing L4D and fighting three Boomers in a row, then two Smokers, a Hunter, and maybe a Spitter… and sometimes all at once – I like a challenge, but the Alpha was incredibly difficult, even at the base difficulty level.

There’s the Retch, who spits goo that lures infected, like a Boomer, Bruisers who are tough enemies with one huge arm it uses as a club, and the Ogre, a two-three storey tall beast that seems to spawn at the same part in the map. The Ogre is incredibly tough, and in all my games it was easier to just run past it rather than fight. 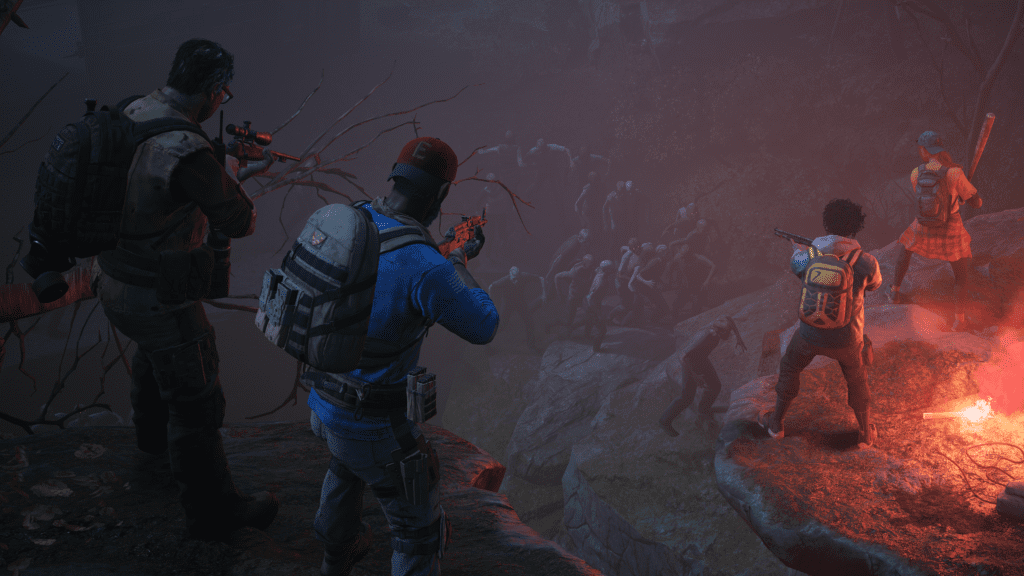 Similar to L4D (it’s impossible not to compare them, sorry!) Back 4 Blood as a Game Director, which can alter the difficulty as you play. If you’re coasting through the level too easily, it might throw an extra few hordes at you, or if you’re struggling to stay alive, it might give you some breathing room.

A nice upgrade to the Game Director is the card system, which shows you at the start of a map what cards it’s playing, things like increasing fog or enemy damage. You can then choose some cards to play to offset these, and some cool cards I always picked were one that gave me health for every melee kill and one that turned my melee attack into a knife instead of just a punch. 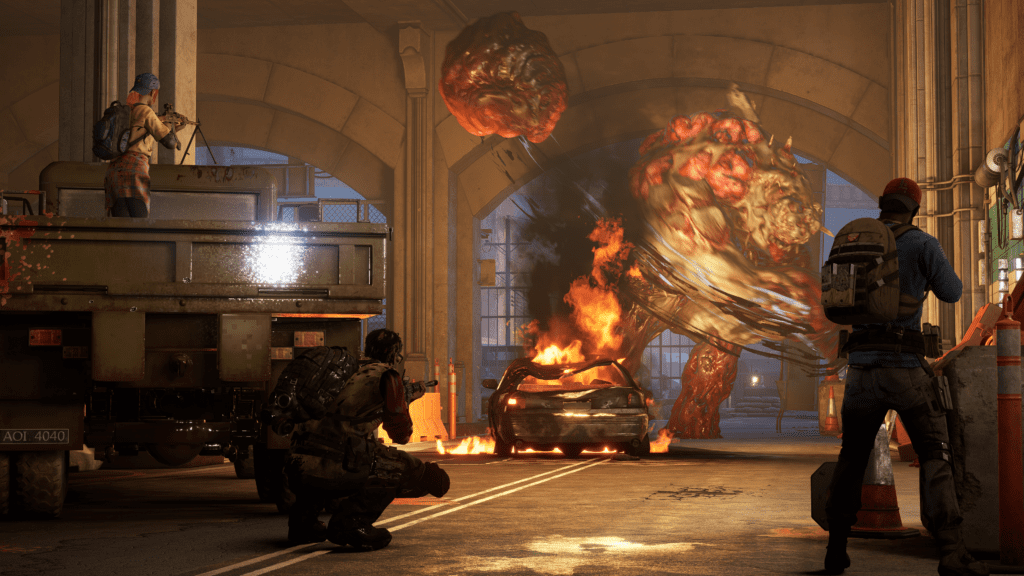 The card system combined with the Game Director help make each match feel fresh, and I imagine with the four extra Cleaners at launch, it will all make the game feel unique every time you play.

There is a currency system in that you find coins along your way through the map, and then can purchase ammo, weapon upgrades, new cards, health packs etc in each safe room.

My biggest worry for Back 4 Blood is greed. One of the reasons Evolve was hampered from the start was the ridiculous amount of different pre-order and exclusive bonuses, alongside an insane amount of microtransactions. This meant that almost every player had different in-game content to others, which just felt unfair. 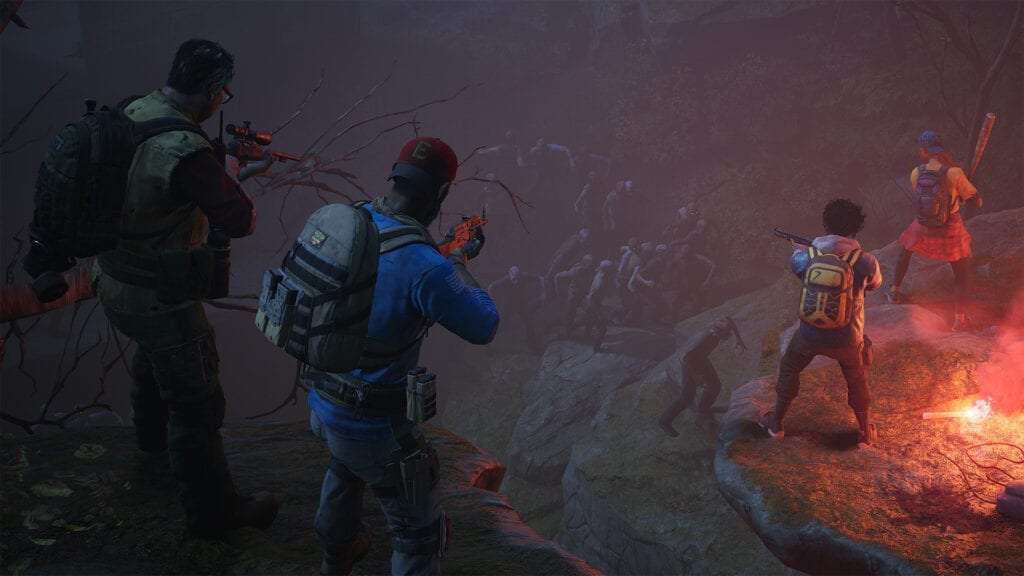 Back 4 Blood already has three editions available to pre-order, and an Annual Pass, exclusive new characters, skins etc. Combine this with the in-game currency used to purchase stuff in safehouses, and my alarm bells are ringing.

One of the reasons L4D is still popular is that it put good gameplay front and centre, and surrounded that with interesting maps and characters. Every single player who jumps into L4D starts on the same level, with only their own personal skill to set them apart.

I’m afraid that Back 4 Blood will end up with one person on your team having an exclusive DLC Cleaner you can’t play as, another player has a crazy unique weapon you’re jealous of, and the other wants to change to a map you don’t have access to.

I really enjoyed my time with the Back 4 Blood alpha, it looked (and ran) great, it was fun, challenging, and I’m already interested in the world and the characters. As a huge Left 4 Dead fan, I’m optimistic for its future, once DLC and microtransactions don’t ruin what could otherwise be an outstanding spiritual sequel to a great franchise. 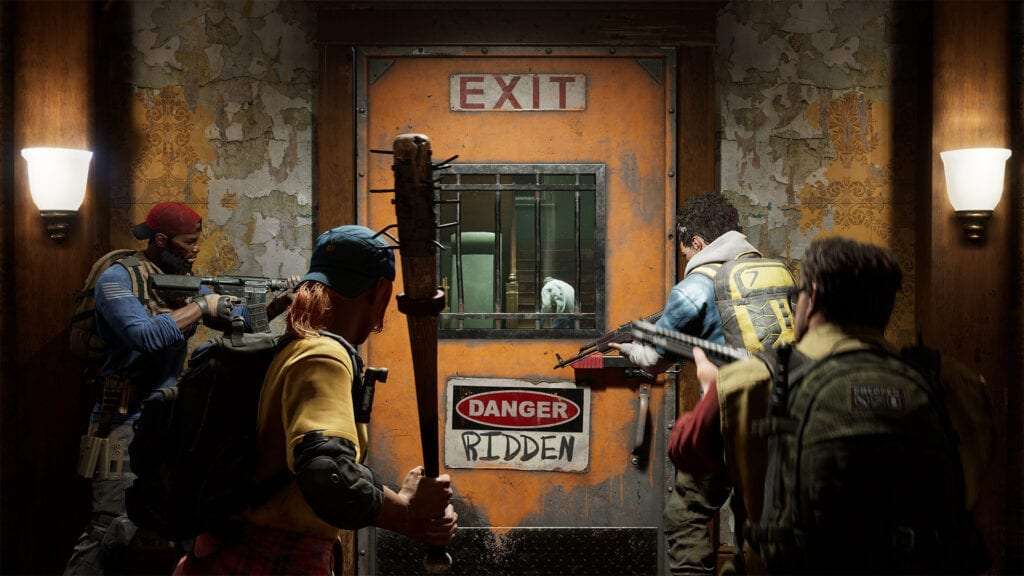