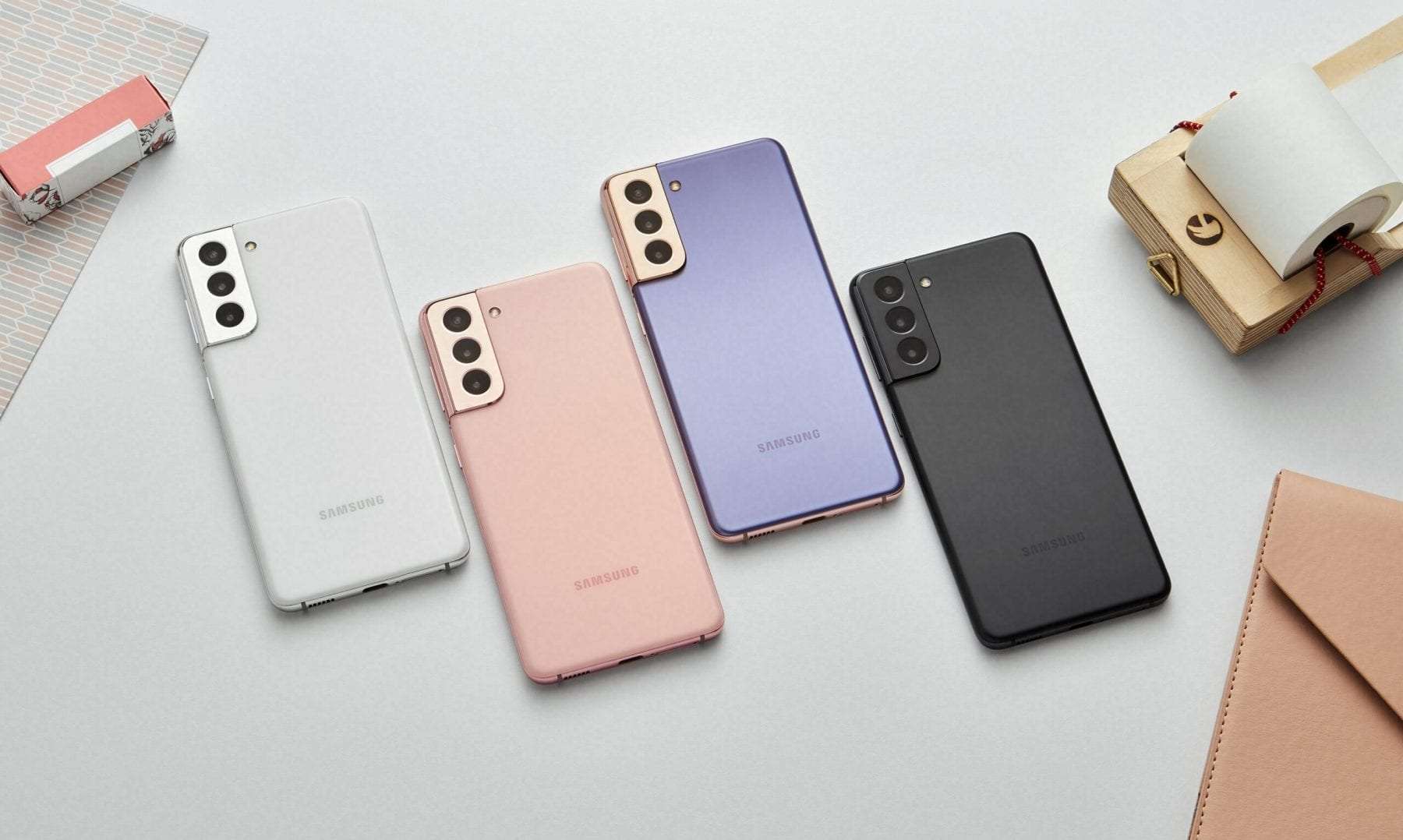 It’s only January and Samsung has already hosted one of their earliest ‘Unpacked’ events to date,  unveiling the next 3 instalments in their Galaxy S line along with their most advanced true wireless earbuds to date, the Samsung Galaxy Buds Pro. The Samsung Galaxy S21, Galaxy S21+ and Galaxy S21 Ultra, can be broken into two separate offerings with the S21 and S21+ basically the same handset apart from screen and battery size with the Ultra model offering a number of additional features.

To start, we’ll cover the key specs and features of the S21 and S21+, which have quite a number of improvements over last year’s S20 and S20+ but also some questionable omissions too.

When it comes to design, both handsets are using the same Infinity-O display with a completely flat panel, with the S21’s screen size coming in at 6.2″ and the S21+ coming in at 6.7″. For screen resolution, both have FHD+ displays as opposed to last years WQHD+ panels. I’m really not sure why Samsung has reduced the overall pixel count here but many might not even notice the difference and battery life will definitely benefit from this change. 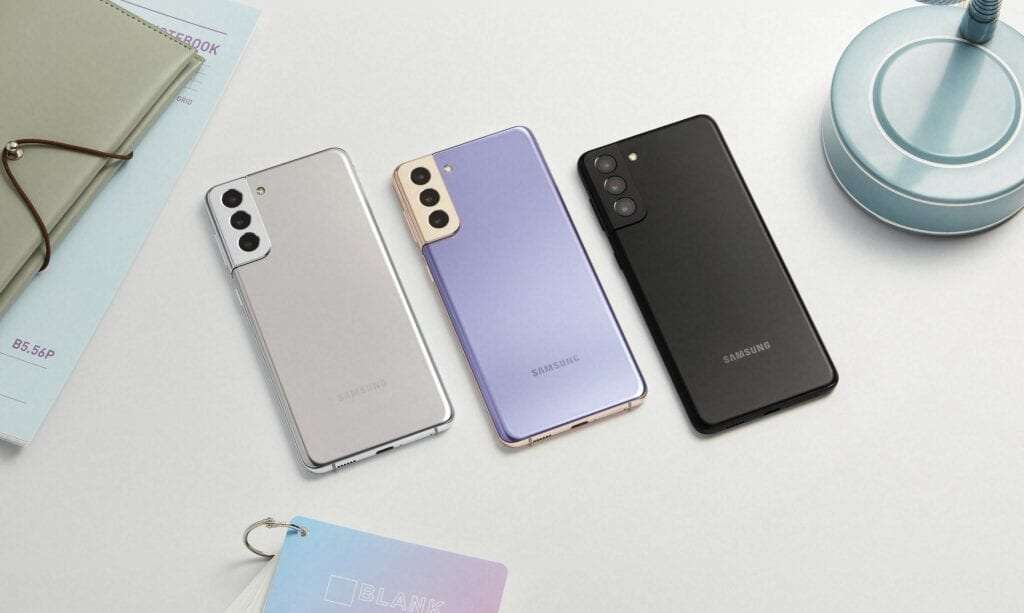 Round the back, the camera set up on both devices is also the same, with a 12MP main sensor, a 12MP ultra-wide, and a 64MP telephoto shooter and you’ll be able to capture 8K video at 24fps, just like the S20 models but this time around, you’ll also be able to use the new ‘8K Video Snap’ feature to capture high res images directly from any 8K video you’ve recorded.

Samsung has also updated their ‘Single Take’ feature which uses 5x more AI processing and new ‘dynamic slow motion’ effects to make your ‘Single Take’ shots and videos ever more impressive. A really nice video feature they’ve included is their new ‘Zoom Lock’ which allows you to ‘lock’ the cameras viewfinder on a distant object to ensure it stays center-shot and in focus, much like what the new video recording features on the latest Pixel handsets. 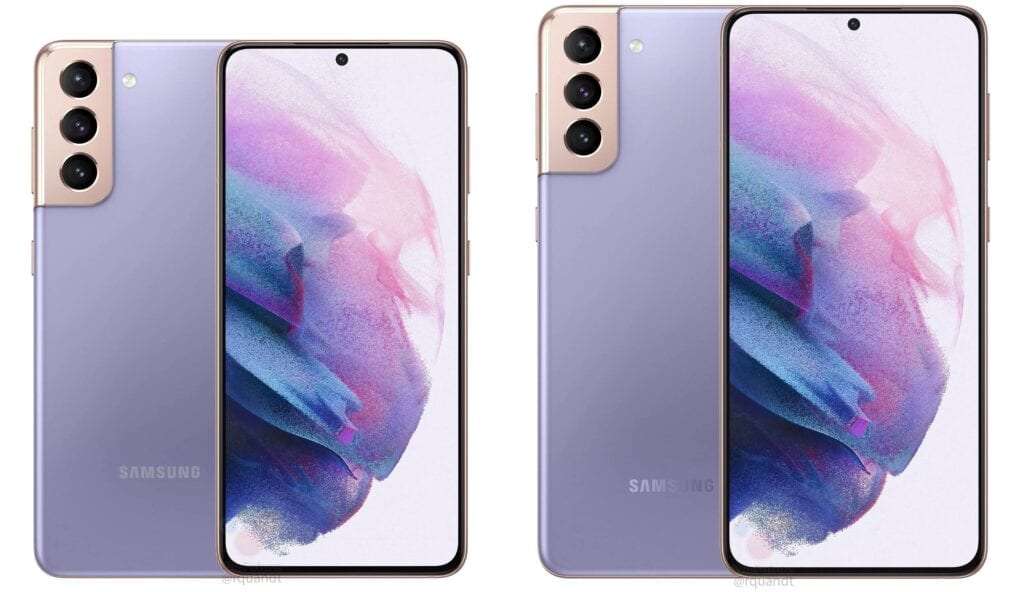 Pre-orders for the Galaxy S21 and Galaxy S21+ 5G start today and if you pre-order either handset before the 28th January 2021, you can claim a free pair of Galaxy Buds Live.

Now this is where things get interesting and, as the ‘Ultra’ name suggests, just like last year’s S20 Ultra model, this is where Samsung is really showcasing their latest technology. 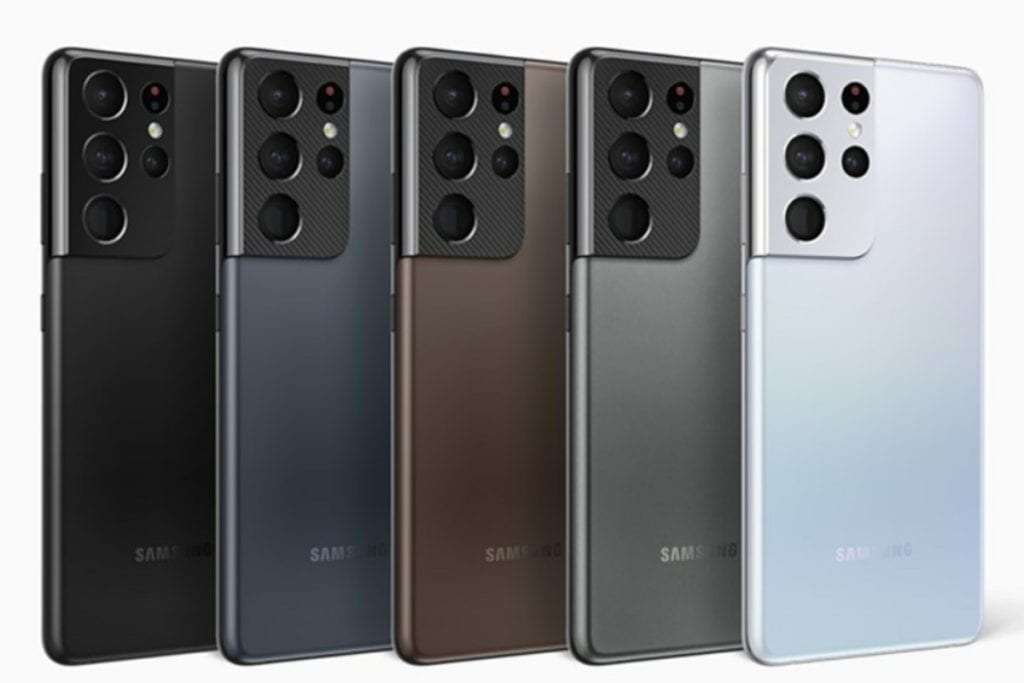 Up front, the S21 Ultra packs an enormous 6.8″ Dynamic AMOLED 2X display with a WQHD+ resolution that’s able to run at 120hz, all at the same time. As impressive as this is, it’s the camera department that really warrants the ‘Ultra’ branding. Samsung has included a quad-camera set up on the rear of the device. Here’s the breakdown:

If this ‘dual zoom’ set up sounds familiar, it’s because Huawei did it last year with their incredible P40 Pro+ handset that really showcased why you’d need two optical zoom options. This new set up should allow for much more impressive ‘Space Zoom’ captures, even at the 100x digital zoom limit. You also have the option to film in 12bit RAW format, for your keen videographers out there.

With this new S21 Ultra model, for the first time ever, Samsung is introducing an S Pen (that’s sold separately) that can be stored in a custom cover case for the phone. Now S line fans can have one of the key USPs of the Note range of phones. 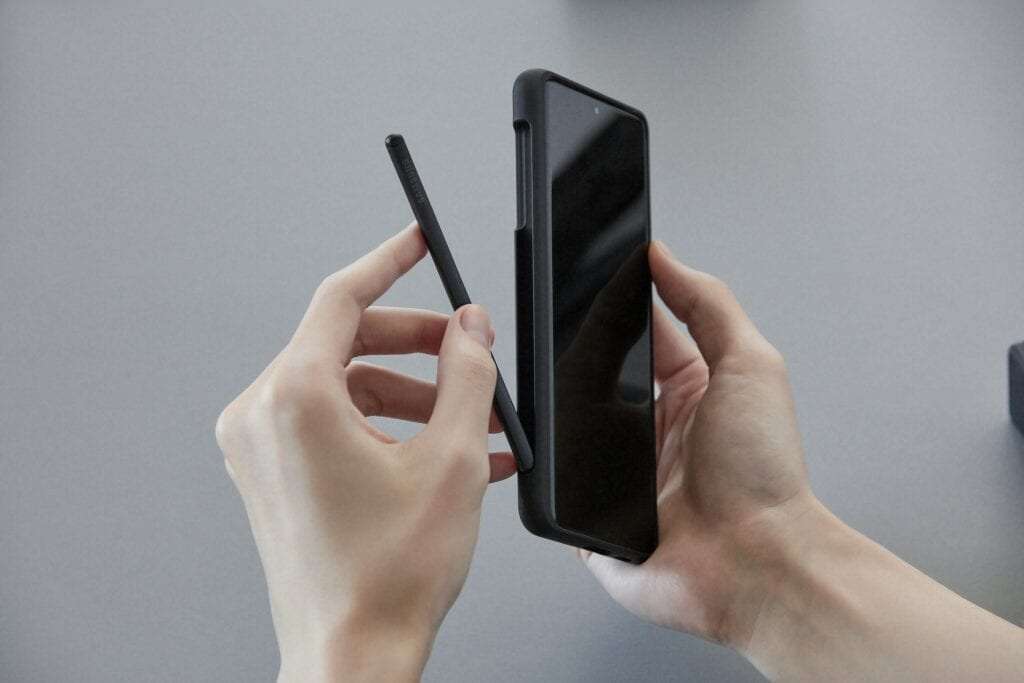 Starting on 29th January 2021, the Galaxy S21 Ultra will be available in Samsung channels and major Irish retailers. The handset will be launched in two colours:

One thing to note, and following in Apple’s footsteps, Samsung will be launching all three handsets without the power adaptor in the box to be ‘ultra kind’ to the environment. Make of that what you will. 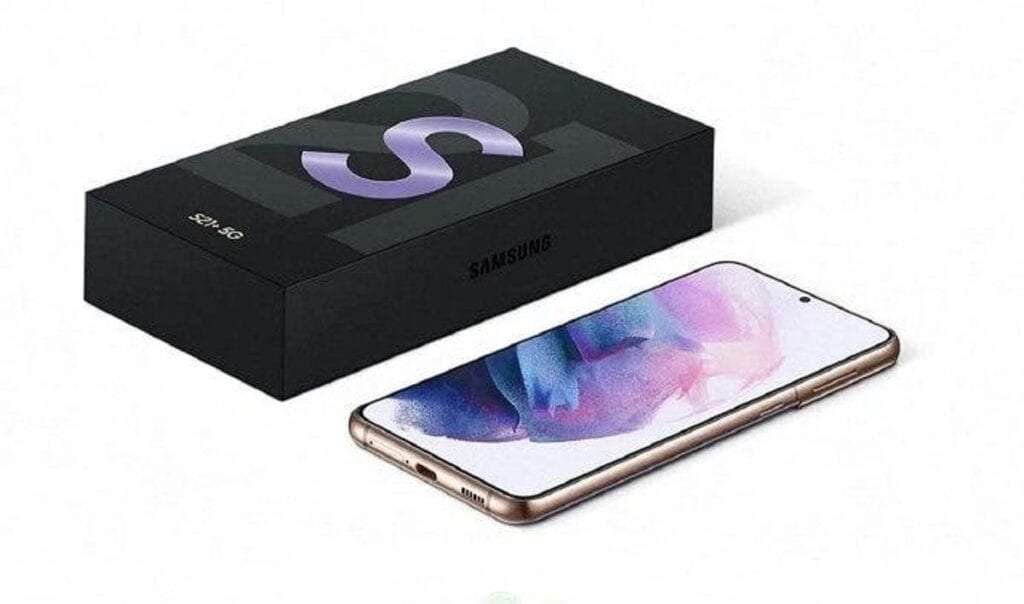 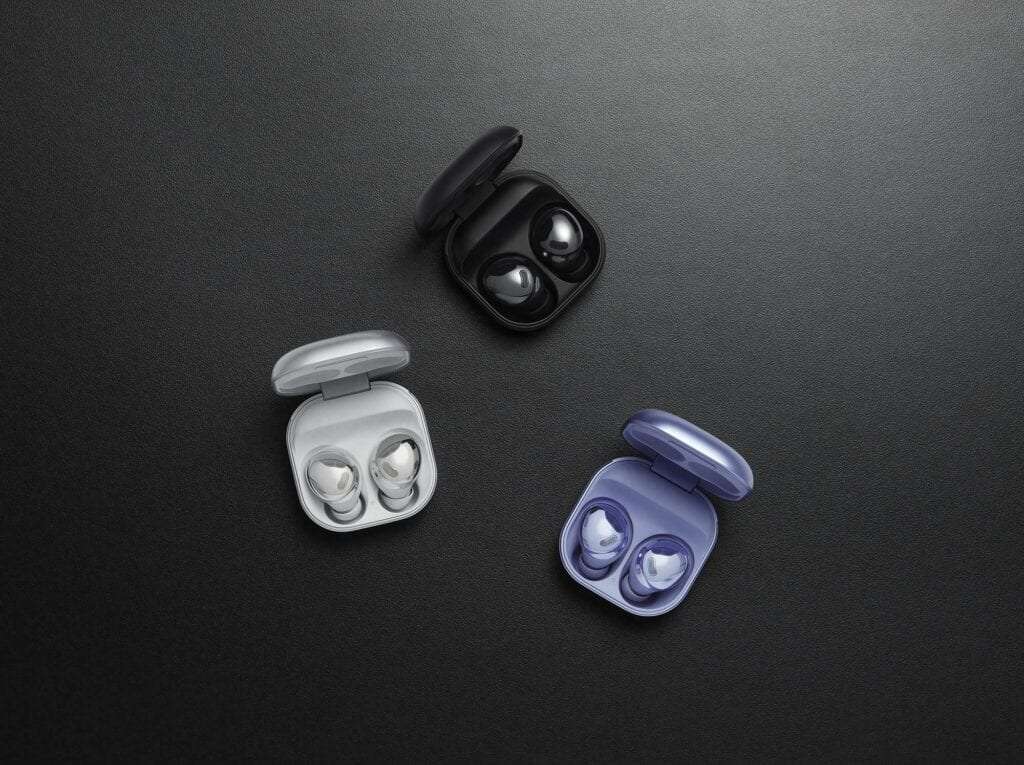 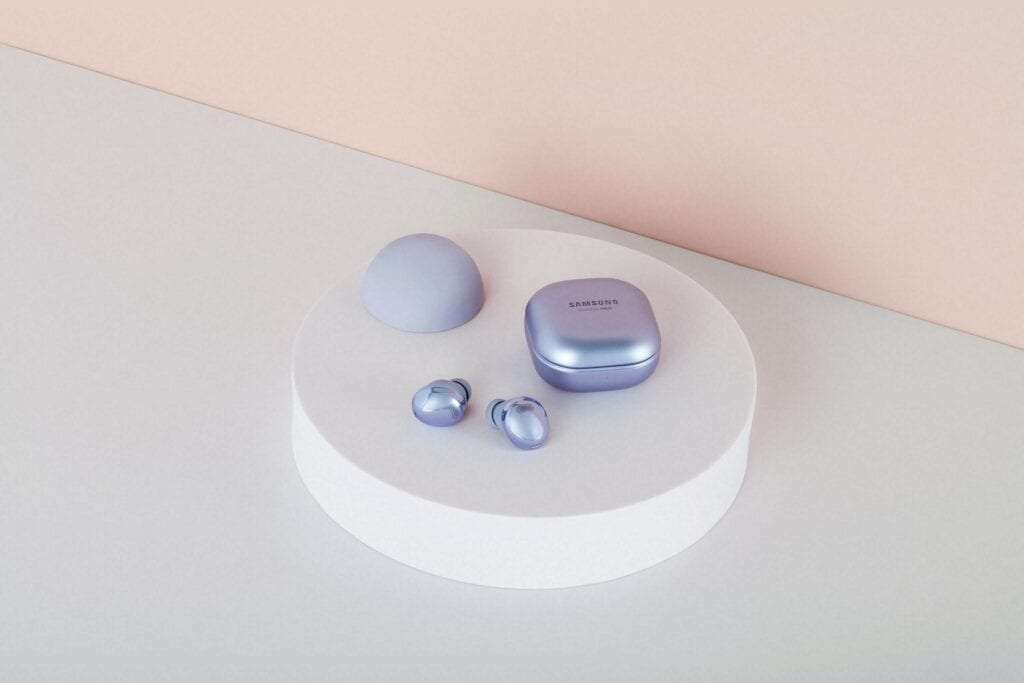 Speaking of which, Samsung highlighted how you can either manually adjust the ANC levels on the Buds or they can automatically change the intensity themselves, depending on your environment. They’ve also included ‘Wind Shield’ technology which they say is their best ever, utilising the 3 mic system in each earbud to help reduce wind noise when on calls.

Samsung’s Ambient Mode feature has also been improved, now with 4 different levels to choose from, so you should be able to have greater awareness of your surroundings. Working in conjunction with the automatic ANC feature mentioned above, the Galaxy Buds Pro can track when you start talking to automatically enable Ambient Mode so you can hear what the other person is saying. It can then turn itself back off after a set amount of time, which you can edit in the Wearable app.

Samsung is also introducing a ‘360 Audio’ feature with the Galaxy Buds Pro, mainly to rival Apple’s Spatial Audio on their AirPods Pro earbuds and AirPods Max.

With ‘360 Audio’ support, you’ll be able to watch Dolby Atmos films with their full immersive surround sound quality – making the Galaxy Buds Pro a much more competitive pair of earbuds compared to their predecessors.

The Samsung Galaxy Buds Pro are available for pre-order now for €239 and will be available in silver, black and violet colour options, like you see above. They will be stocked in and available from; Samsung Online, Vodafone, CPW, DID, Harvey Norman, PowerCity, Euronics, Soundstore and Expert.