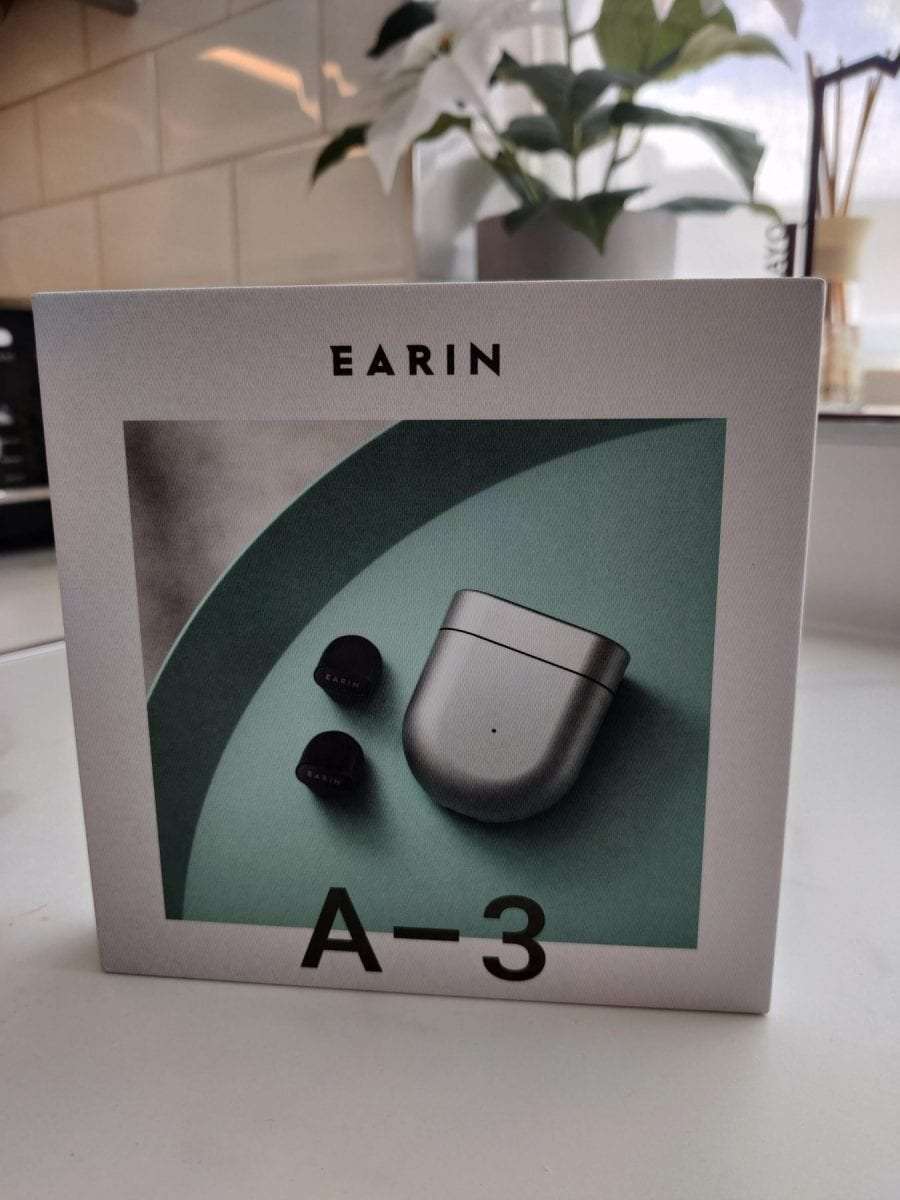 We’ve reviewed our fair share of true wireless earbuds, but when we heard that Earin were going to release the ‘smallest and lightest [earbuds] in the world”, we were intrigued to see how they stack up against some of the other small and light earbuds (even though the Earins are technically, according to Earin, the smallest and lightest.

Lets start with the case. The review sample we have shipped with the natural colour aluminum case. It looks like other cases out there. On the back there’s a black plastic panel, this is for 2 reasons: 1) to allow wireless charging and 2) it’s the pairing button. You press it for a few seconds to enter the earbuds into pairing mode. It’s good to know this as well, as I found I had to re-pair them with my phone almost every other time I went to use them, even though they’d not been paired with anything else and had only just been used with the phone. 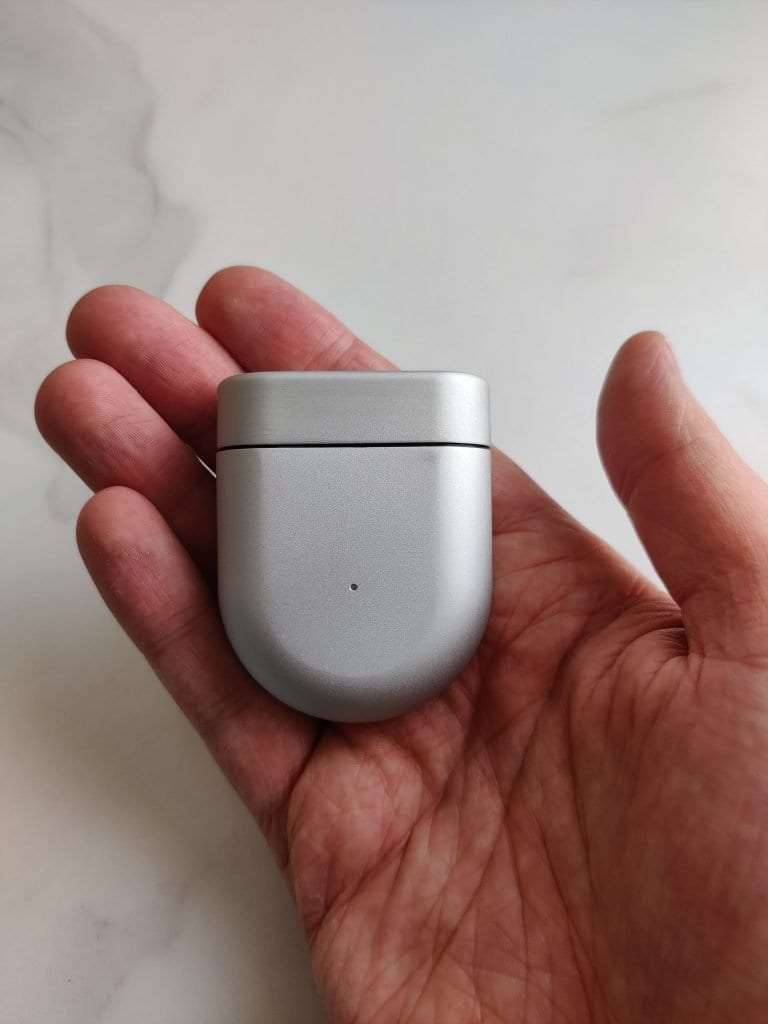 On the bottom is a USB type C port (thankfully as there’s still too many devices shipping with microUSB). And then we have the lid on the top. It has a satisfying click when closing, but I’m not a fan of the opening. There’s no resistance on the open, so the top just sort of flops open and because there’s nothing mechanical to hold it open it tends to flop closed (with that satisfying click) when you don’t want it to.

The buds sit into the top with magnets, there’s no left or right, so drop them in whichever way you want. I had no issues with alignment or charging, they just worked.

I found it hard to figure out how the buds fit in your ears from just the pictures, but if you image them as the Apple type buds, but take the stalk off, then you have the Earin A-3’s. The flat, touch area, on the A-3’s would be where the stalk on other earbuds live. 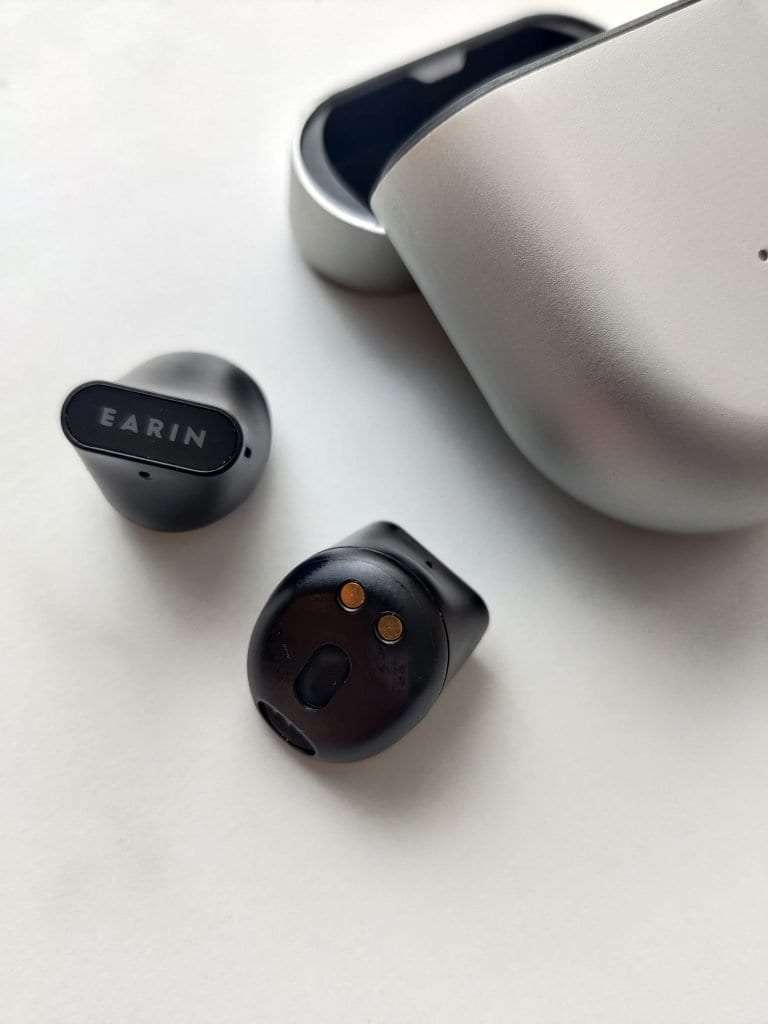 The build quality of the buds is solid, I can’t fault them for that, but I have found that after short enough listening periods, my ears began to fatigue and I could really feel the A-3’s were in my ears. It’s almost like they are too big (and that’s not something I say lightly given their world’s smallest claim.

I found the sound quality on the A-3’s to be good, not fantastic, but good for buds of their size. There was a nice soundstage and given the are open air type buds and they don’t seal your ears, there was good bass and direction from the audio that I wasn’t expecting from them given their miniature stature.

Since working from home, I’ve become a fan of the more open back / open air design. It helps not have that pressure in your head and allows you to keep an ear on what’s going in the house so you can hear door bells, etc…There is no active noise cancellation like on other buds of this price, but I find that that ANC doesn’t really work with open earbuds anyway, so that’s not something I missed.

If I was to compare them to similar sized buds that I use on a regularly basis, the Samsung Galaxy Bud Live’s, I would say the Samsungs sound much better (and are more comfortable). 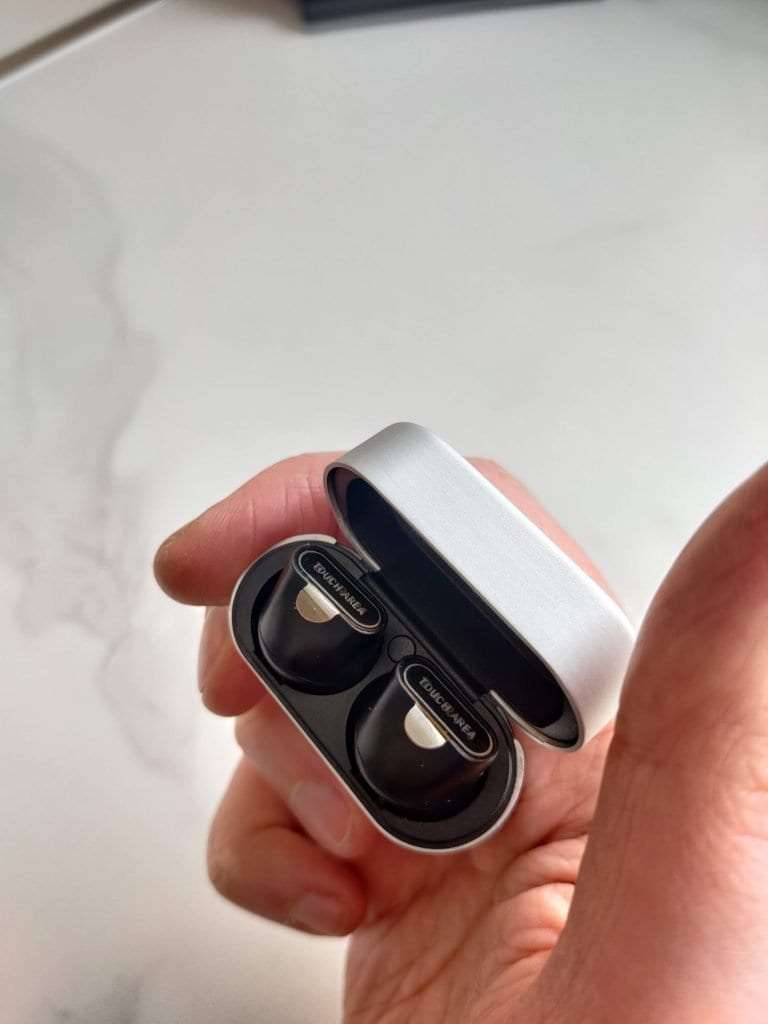 The Earin A-3’s are rated for 5 hours of playback. I didn’t get this during my testing. I got more of a 3.5-4 hours. Which is ok, but 20-25% below what Earin are claiming and when you’re spending almost 230 euro for earbuds, I would have hoped the lasted as long as quoted. Maybe this will be fixed with firmware updates, but for the moment, if you’re looking for something that can last you an entire working day, then you might need to look else where. 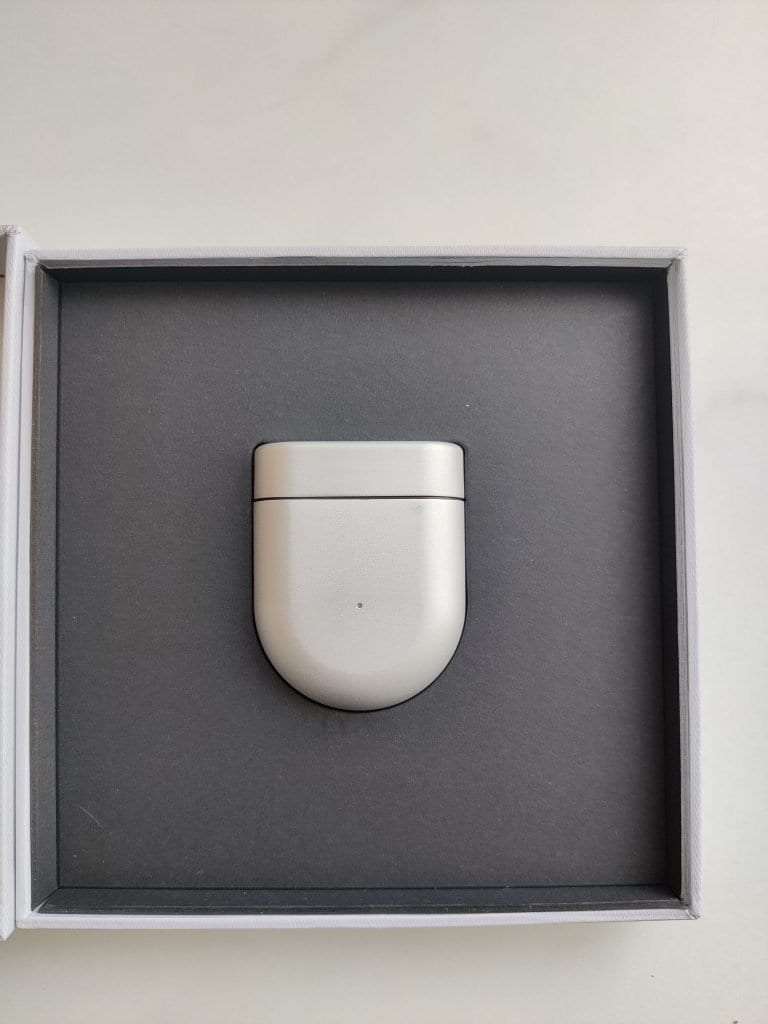 The Earin A-3’s are interesting. If you’re looking for the smallest and lightest earbuds in the world, then look no further as these are those. If you’re looking for something to work from home and help with all the video calls, I’d have to say look elsewhere as they battery life and ear fatigue make it hard to recommend the A-3’s over similar competitors, even if they are, technically, not as small or light.