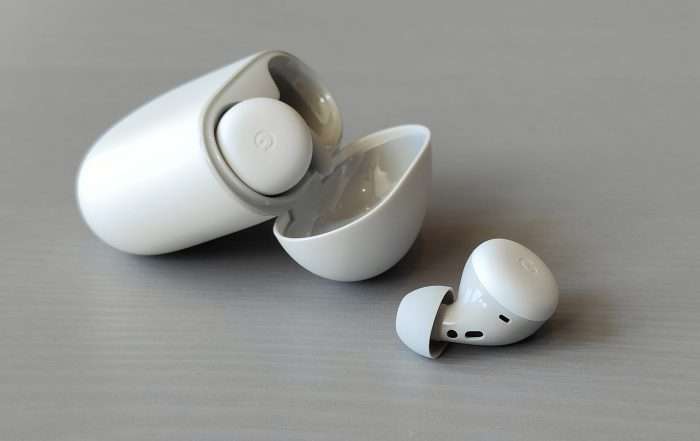 Shopping for wireless earbuds can be a stressful experience. There are a number of fantastic options, but prices can range from dirt cheap to ridiculous. Striking a balance between quality and value is something that many of the top brands struggle with, which is why Google’s new Pixel Buds A-Series manage to stand out in an increasingly crowded field.

Google introduced the world to the first-generation Pixel Buds back in 2017, but like many “wireless” headphones at the time, they had a cord running from one earbud into the other. They did not make much of a splash, but two years later, Google returned with a more compelling product. The second-gen Pixel Buds ditched the cord, added a “stabiliser arc” to improve the fit, and improved the sound quality. They were a drastic improvement over the original earbuds in virtually every way, and now Google is expanding the Pixel Buds line with a more affordable option.

At a glance, the Pixel Buds A-Series are nearly indistinguishable from the 2020 Pixel Buds — with or without the charging case. Of course, the most important difference is on the price tag, as the Pixel Buds A-Series have a price tag of just €99. That’s literally half the current asking price of their flagship earbuds, despite the fact that the design and many of the standout features are still intact on this “budget” model. 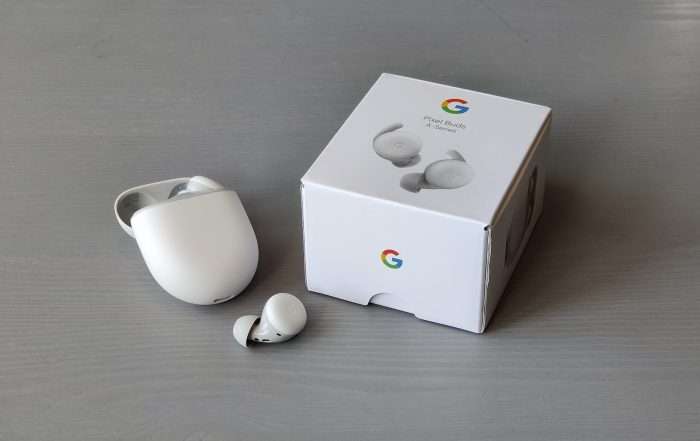 The design of the earbuds is unchanged, with a disc-shaped exterior that narrows to a tip. Google brought back the stabiliser arc as well, and while it unquestionably serves its purpose of keeping the earbud firmly planted within the ear canal, some people might find the A-Series uncomfortable to wear for extended sessions because of these stabiliser tips. 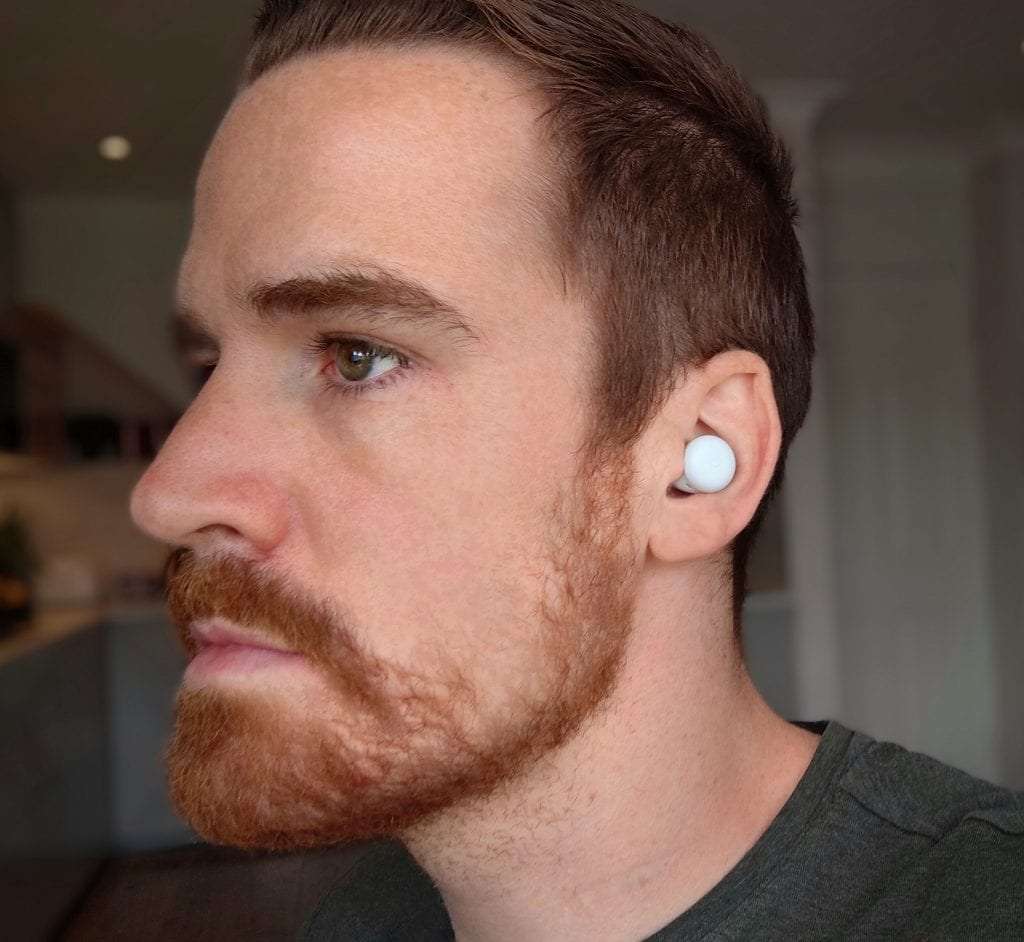 The charging case also looks the same as it did last year, but the indicator light has moved outside of the case to make it easier to determine the battery level of the case and to see the light pulsing when you hold down the pair button on the back of the case. Before I move on to the many things that impressed me about the Pixel Buds A-Series, I should also note that the button within the disc that can be tapped to pause, skip, and rewind to a previous song are incredibly responsive, but might be a touch too sensitive.

I’m an adjuster — whether it’s sunglasses, backpacks, or headphones — and almost every time I reach up to adjust the fit of the A-Series, I end up accidentally pausing a song or a podcast. It’s great that I can tap almost anywhere on the outside of the earbuds to interact with them, but I wish I could absent-mindedly fiddle with them without the song I’m listening to suddenly stopping. For those of you who are prone to losing things, you’ll have the ability to find you’re earbuds using the ‘Find Device’ setting but the earbuds must be nearby and connected to your phone. 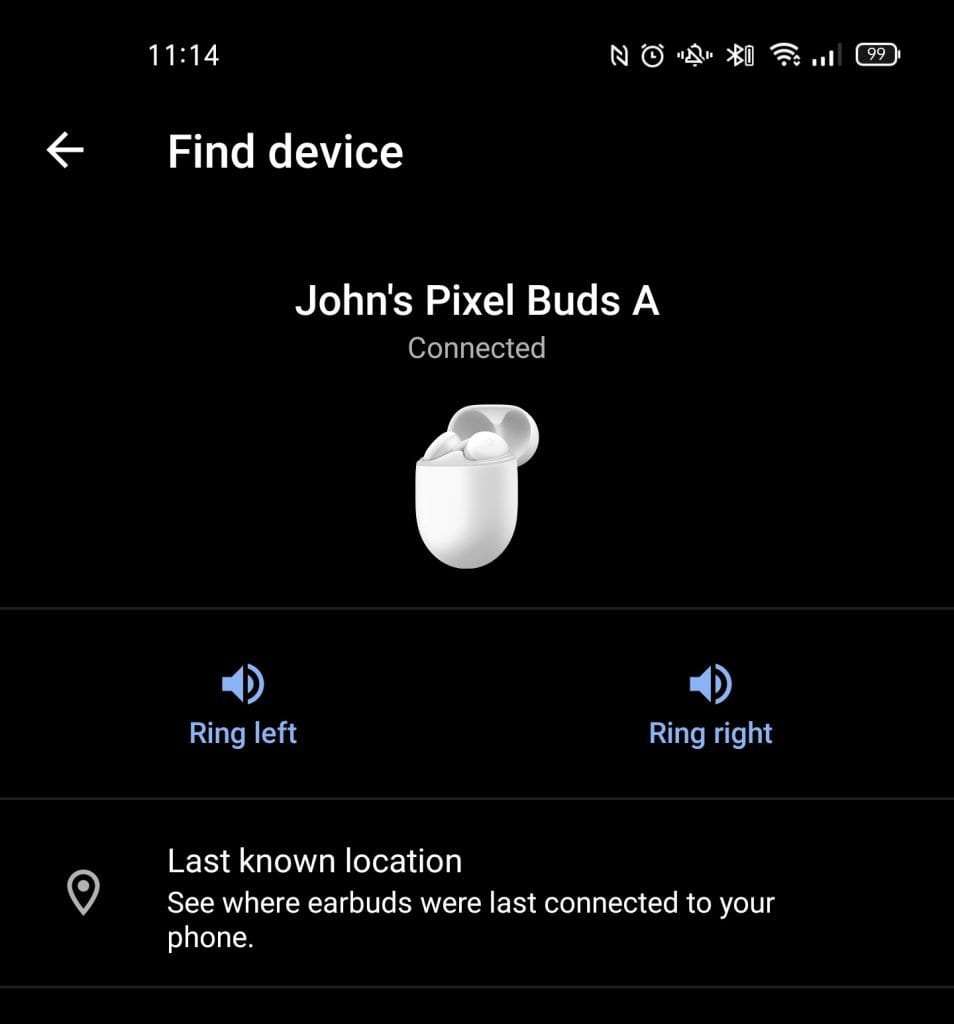 In spite of these sensitivity issues, I still found the Pixel Buds A-Series to be some of the most intriguing wireless earbuds that I’ve ever used. Quality is a word that I have already used a couple of times in this review, and while the sound quality might not match that of headphones that cost twice as much (or more), I found the quality of both music and phone calls to be more than adequate.

Pixel Buds A-Series also give users hands-free access to Google Assistant, and while nothing in my personal or professional life would have me talking to my headphones, it was just as responsive as I wanted it to be when I uttered: “Hey Google.” Also, as long as you have a phone running Android 6.0 or newer, you can say “Hey Google, help me speak [a language]” and Google Assistant will help you have a conversation in another language. Notably, while the Pixel Buds A-Series will work with your iPhone, Google Assistant does not, so don’t start talking to your earbuds. The good continues to outweigh the bad, as these €99 earbuds are also water- and sweat-resistant.

Even more impressive was the adaptive sound feature that Google claims can automatically increase or decrease the volume based on your surroundings. I walked around the noisy streets of Dublin to put this feature to the test, and the A-Series did an admirable job keeping outside noise from overtaking whatever song or podcast I was listening to. 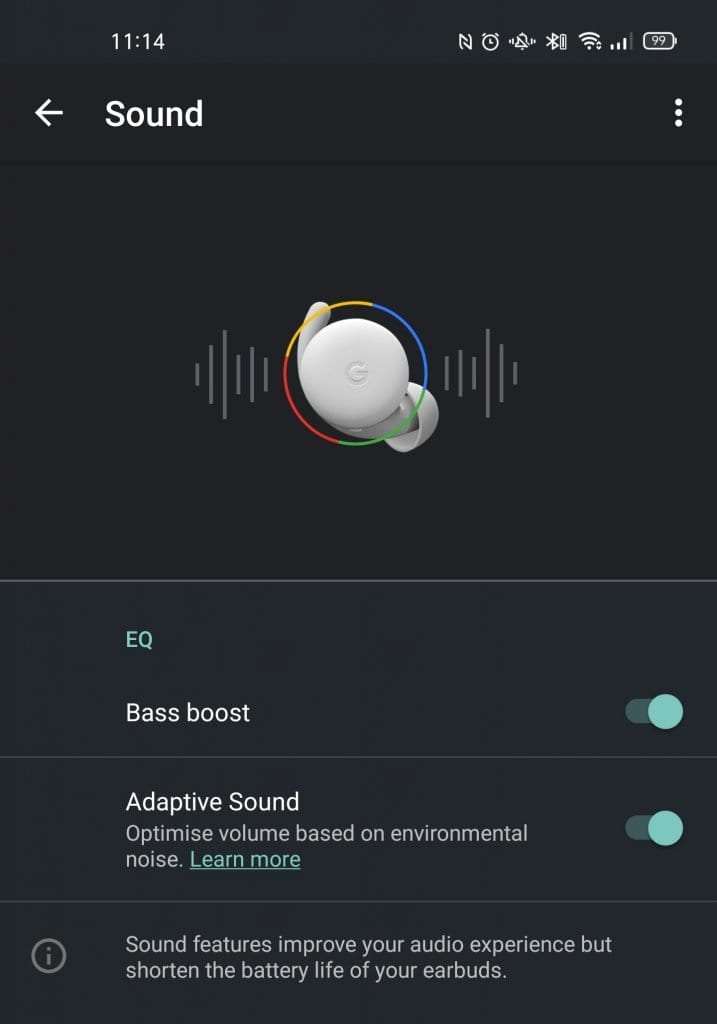 The battery life could be seen as a drawback, with five hours of listening time on a single charge, but the only time the battery ever dies on any of the wireless headphones I’ve owned is when I forget to charge them. If you plan on taking 5+ hour walk this summer, you may want to shop around, but I haven’t managed to kill the battery on the Pixel Buds A-Series yet.

As crowded as the market has become, choosing a pair of wireless earbuds can be a chore, but for the price, Google’s Pixel Buds A-Series are going to be hard to beat. They sound great, look great, and feel great. That said, these are easy to recommend for anyone that uses an Android phone, and are worth a look even if you own an iPhone. Pixel Buds A-Series will be available in Clearly White and Dark Olive colorways for €99 and you can join the ‘Waiting List’ for more info on when they’re launching in Ireland here. 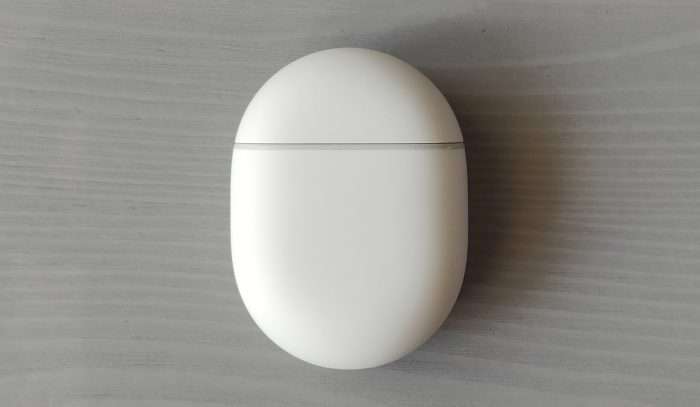