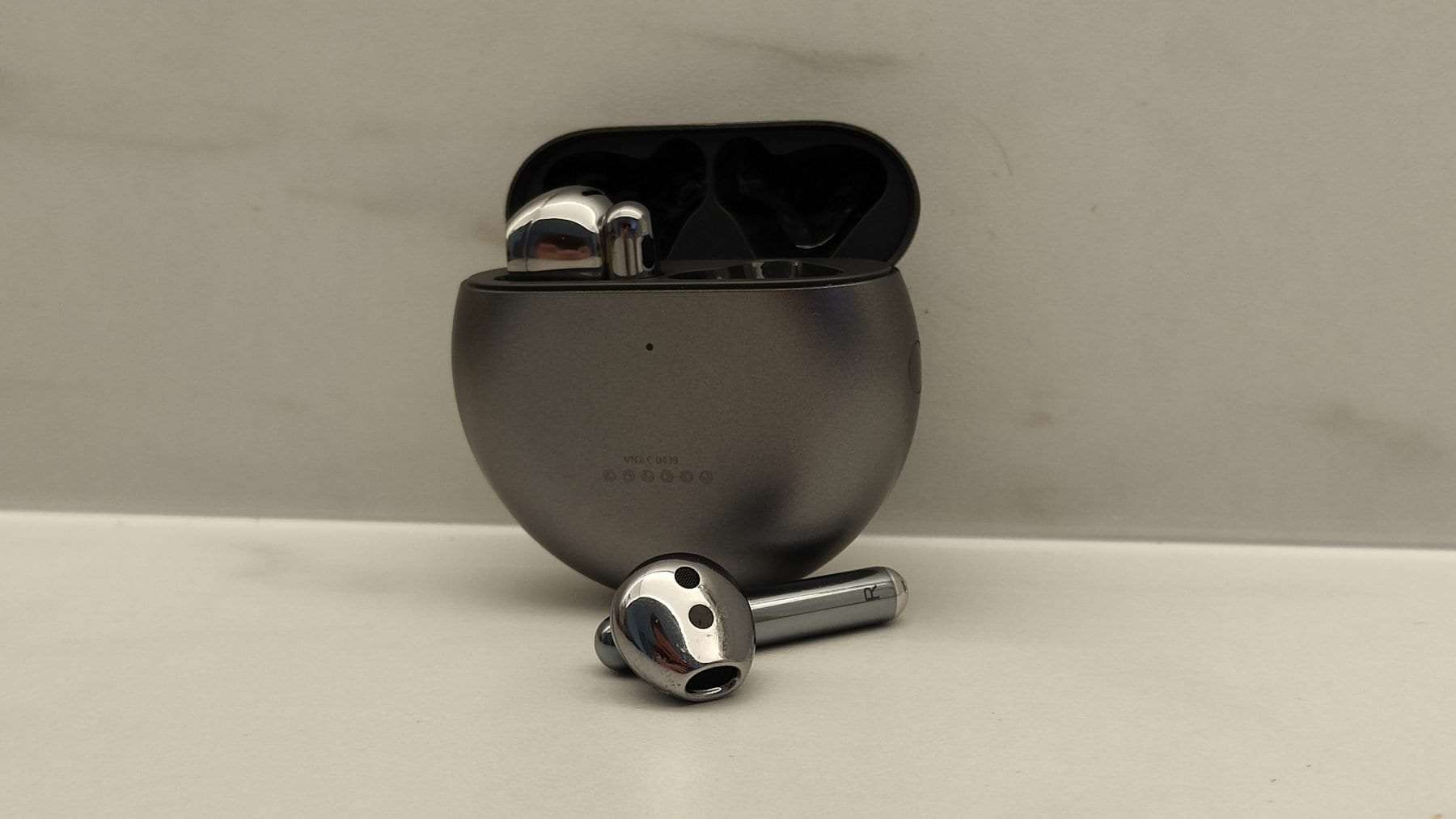 When it comes to earbud offerings, Huawei is continuing to innovate and, with their new pair of wireless earphones, the FreeBuds 4, we see their latest advancements in ANC for open- type earbuds along with a number of other improvements. These new earbuds can be seen as a more powerful variant of the FreeBuds 4i and they come with new, larger audio drivers. Here is our review of the Huawei FreeBuds 4.

The FreeBuds 4 were presented at Huawei’s latest Harmony event where they also announced their new Huawei Watch 3 along with a number of other non-smartphone devices.

Everything about this FreeBuds 4 is better: the sound, the ANC and the battery life. But at the same time, Huawei has another more powerful pair of earphones called the FreeBuds Pro. Huawei claims that it considers the FreeBuds 4 and FreeBuds Pro both a premium model, only main difference is that the FreeBuds Pro are an in-ear design that also has better noise canceling. Those who prefer an open-ear design, on the other hand, can go for these FreeBuds 4.

It is also important that these FreeBuds 4 have an IPx4 rating, which means they can tolerate a heavy rain shower or a lot of perspiration, if you’re thinking about using these in the gym. In addition, I must say that I also think that the silver variant that I was able to test looks very nice. Although the buds themselves do have a design that is a bit less unique if you compare it with the FreeBuds Pro and its angular design. 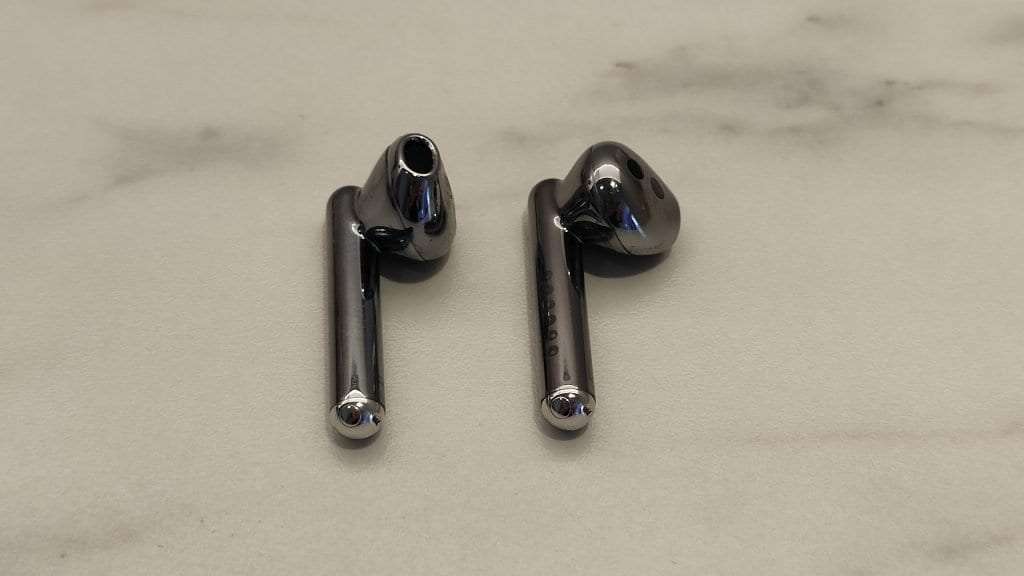 The FreeBuds 4 come with new, and more powerful, 14.3mm dynamic drivers that produce a full rich sound on most music genres. Tones sound rich and usually well balanced during the different music tracks I tested. Bass tones were pleasant in James Vincent McMorrow’s ‘Paradise’, and the rich variety of sounds in Foy Vance’s ‘Sapling’ could also be heard clearly. Podcasts also sound crisp and clear with good vocal reproduction. While we were impressed with the native sound profile overall, we do wish Huawei included an equaliser in their AI Life app, which you use to control other features and settings of the earbuds (more on that later.)

Either way, the FreeBuds 4 deliver a very impressive music experience for the majority of the songs we tested. Usually, it’s in-ear earbuds like the FreeBuds Pro that provide superior sound given the passive sound isolation generated by the rubber tips seal but, the FreeBuds 4 manage to get very close to the sound experience, even with their open-ear design.
We must also note that the FreeBuds 4 utilise something called Adaptive Ear Matching technology (AEM). What this means is the sound that the drivers produce is dynamically adapted to the shape of your ear canal. Huawei does this by using microphones to pick up the sound that is played by the earphones and, based on that feedback, the FreeBuds 4 can fine-tune the sound.

Call quality is also equally as impressive thanks to the stemmed design of the earbuds. There is also a setting in the AI Life app to allow for ‘HD Calls’ but we didn’t really notice a difference turning this on and off for various test calls.

Huawei is going big with the FreeBuds 4 with its improved noise canceling that can filter out ambient noise up to 25 decibels. On paper, that’s a strong improvement over the 15 dB reduction in ambient sound that the FreeBuds 3 could acheive, but it’s less good compared to the Pro earphones and their 40 dB. Of course, the FreeBuds Pro are in-ear earbuds, so the ANC was always going to be more effective with these type of earbuds.

In practice, you notice that the FreeBuds 4’s noise canceling does indeed filter out a fair bit of background noise, but most of the work is done by the design of the FreeBuds 4. The earphones close the ear canal well enough because of the ‘semi in-ear’ design, so that the environment fades if you then play music at a decent volume. That said, when enabling the ANC in the AI Life app, background noise definitely reduces even further and is a step up from what was achievable on the FreeBuds 3.

Despite the lack of an equalizer, the Huawei Ai Life app is otherwise a pleasure to use, because all functions are very well-arranged and straightforward to use. One of those functions from the app is the wear detection, which Huawei has improved this time. With this function, the earbuds detect when you’re wearing them and when you’re not using sensors and automatically pause whatever you’re listening to when you remove one of the earbuds from your ear. The sensors in the earphones were also fairly consistent during my testing period, and the music never paused incorrectly. The app also lets you see if there are any updates for your FreeBuds along with tweak the shortcut settings of the earbuds themselves.

You can also use the app to ‘Find My Earphones’ by playing a sound out of each earbud to locate them if you’ve happened to lose them.

There’s not a whole lot to say about the battery life of the FreeBuds 4 other than it is average to good. You can listen to music with the earphones for four hours, and you can extend that time to 22 hours thanks to the charging case. If you use ANC, battery life takes a hit and you can only listen for 14 hours. Thankfully though, Huawei has implemented fast charging into both the case and the earbuds so, after one hour of charging, the earphones and charging case are fully charged. There is also a wireless charging model of the FreeBuds 4 but we tested the wired version so were unable to test the wireless charging speeds. 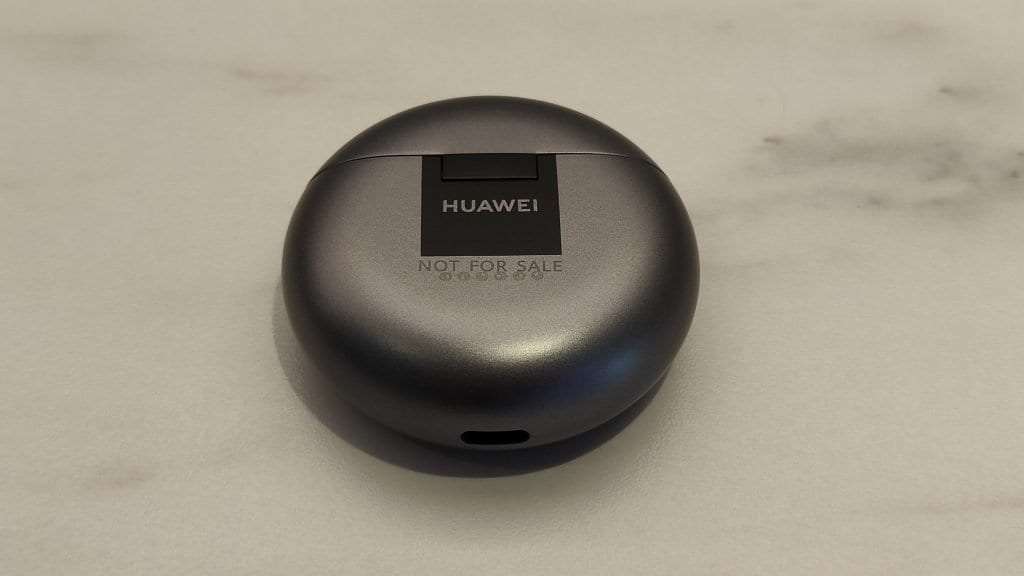 With each iteration of their open-ear FreeBuds, Huawei is getting closer and closer to giving these type of earbuds the same benefits that we know from in-ear earbuds The ANC has been optimized with three microphones and the sound is dynamically adjusted based on the shape of the ear canal in your ear. Sound quality is very impressive and the ANC is also some of the best you’re going to get on earbuds of this type.

The Huawei FreeBuds 4 will be available from the 24th June 2021 with an RRP of €139 for the Wired Charging Case model. 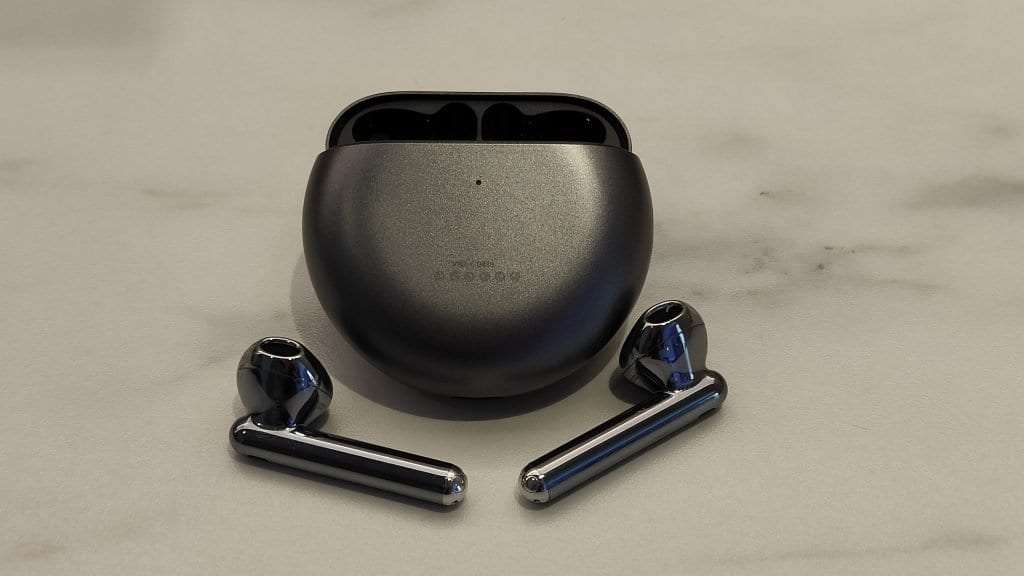 Sound quality is very impressive and the ANC is also some of the best you’re going to get on earbuds of this type.