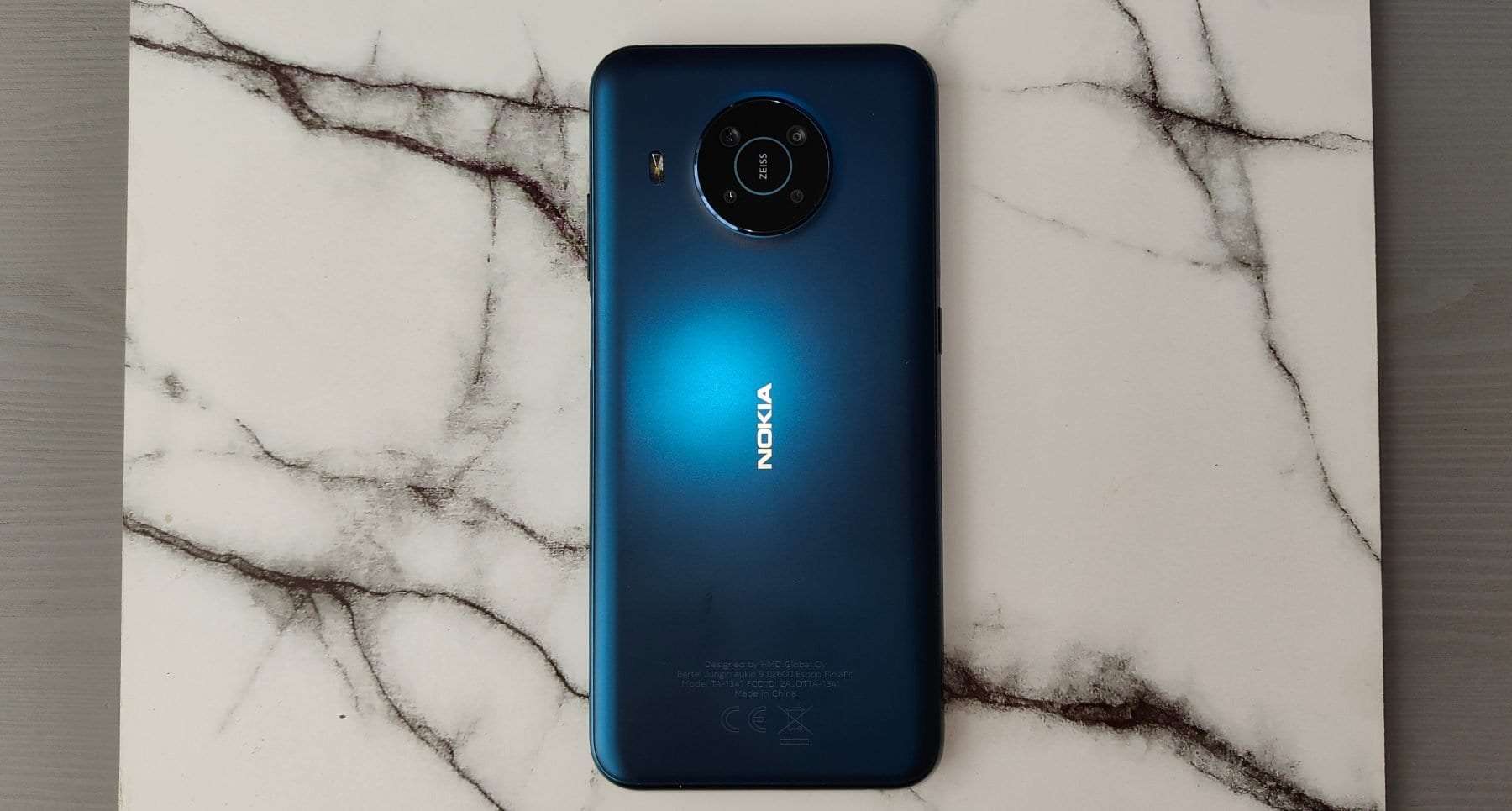 The Nokia X20 is an affordable 5G smartphone that stands out with its three-year warranty and three years of software updates. This so-called 3 + 3 + 3 strategy should distinguish the device from the competition. In this Nokia X20 review you can read whether that works and how the smartphone performs on other points.

Nokia presented the X20 in April and it released in Ireland last month for €329.99. You can choose from the colors blue (tested) and bronze. We’ve been able to use the Nokia X20 for a number of weeks now and here is what I thought.

The Nokia X20 is a typical Nokia smartphone in appearance. This is mainly due to the large and characteristic camera module on the back. Unsurprisingly for its price point, the Nokia X20 is made of plastic and has a semi-matte finish one the rear. 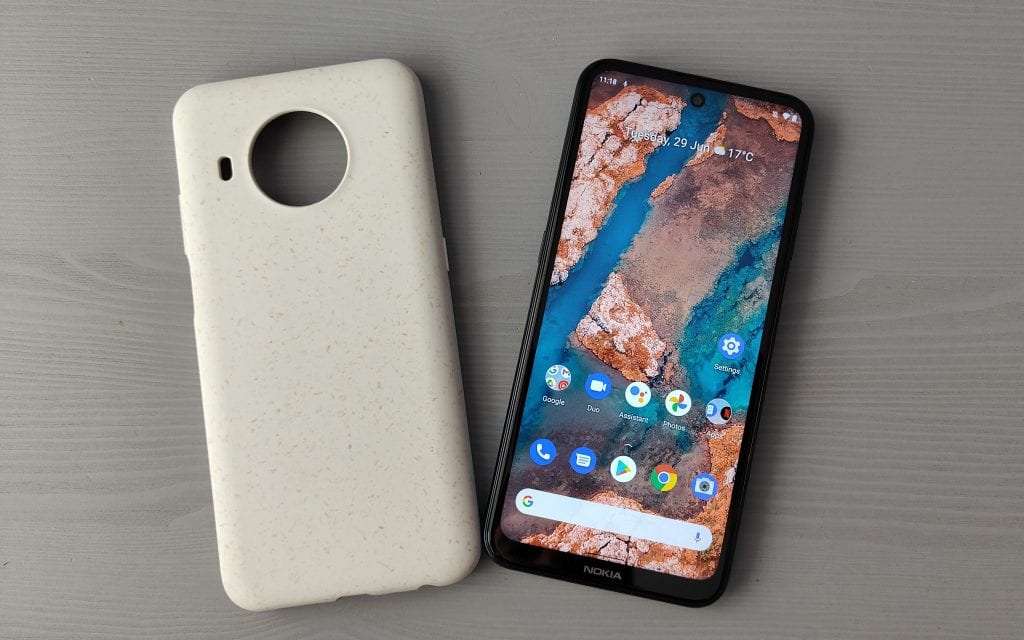 The Nokia X20 with its compostable protective case

With its 6.67 inch screen, the device is definitely not a small phone and, for many with smaller grasps, you’re probably going to end up using both hands. It’s also fairly hefty at 220 grams.

Thanks to its IP52 certification, the Nokia X20 can withstand a light rain shower, has a USB-C port and 3.5mm headphone jack. On the left side you will find a button that starts the Google Assistant. 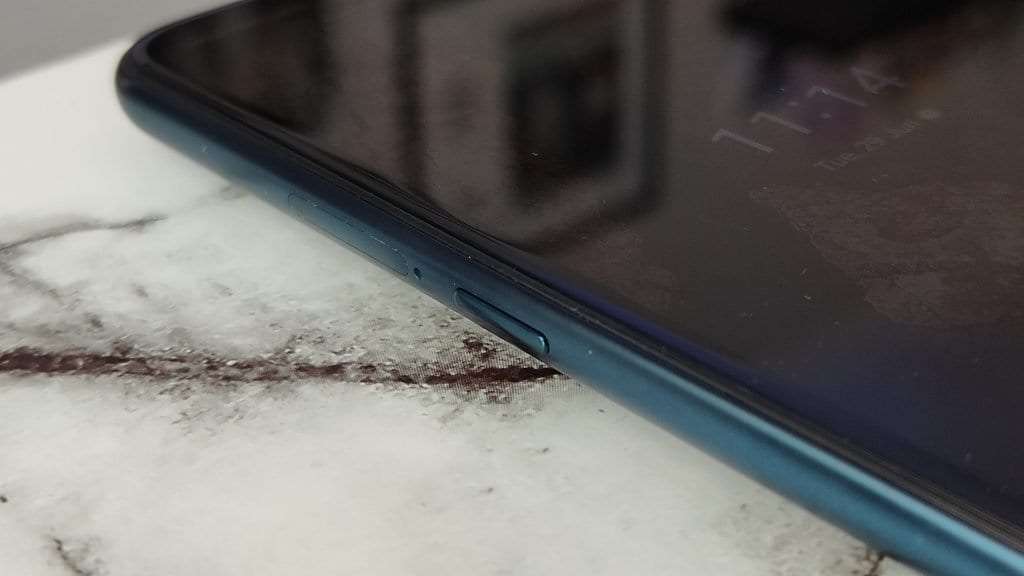 The dedicated Google Assistant launch button on the Nokia X20

On the right are the volume buttons and on and off button. The latter includes a fingerprint scanner. It took a remarkable amount of touch to set up my fingerprint, but after that the scanner worked properly. Unfortunately, the scanner is noticeably slower than some of the more expensive smartphones we’ve tested but, again, the price point has to be taken into consideration seeing as it’s basically a quarter of some of the the most premium handsets out there.

It is nice that Nokia provides a case that really protects the smartphone but it does make the device even bulkier. Interestingly though, this is the first case we’ve seen come with a handset that’s 100% compostable which, given all the sustainability efforts going on by the large tech companies, this is a nice touch. 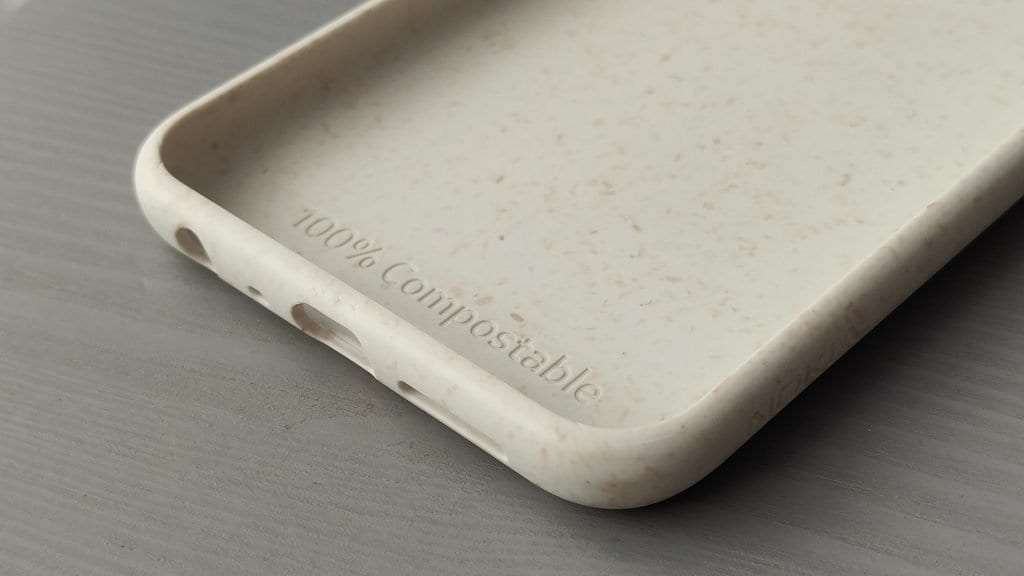 As mentioned, the Nokia X20 has a large screen of 6.67 inches. The display itself seems to come from a device from one to two years ago. It is namely an LCD screen with some decent colours, respectable maximum brightness and a 60hz refresh rate.

A higher refresh rate would have been a nice addition but it does consume a little more power but delivers noticeably smoother images. If your current smartphone has a 60Hz screen, the Nokia X20 is not a step back, but neither is it a step forward. That’s a shame, but basically the screen is fine. The image looks sharp thanks to the full-HD resolution and you can enjoy watching your favorite movies or playing games on the large screen.

The hardware of the Nokia X20 is pretty decent given its price point. The device supports 5G internet, has an NFC chip for contactless payments and has a lot of storage memory (128 GB). You can also increase this with a micro SD card. The smartphone accepts two SIM cards and has a remarkable amount of storage memory (8 GB). In this price segment, 6 GB is more common. More working memory means that the phone can keep more apps active in the memory and you can switch more quickly between recently used apps. The Nokia X20 does that well, partly assisted by the Snapdragon 480 processor.

Speaking of which, the processor is nice and fast and achieves good results in benchmarks. Even in daily use, it is fast enough to carry out the vast majority of every day tasks but you won’t be running graphically intensive titles on this handset. Of course, the performance is not comparable to a more expensive smartphone, but in this price segment it is more than sufficient.

Around the back of the device is the camera module with its four lens set up. For this, Nokia continued its partnership with the renowned photography brand Zeiss. Overall, it’s an impressive offering but there’s also quite a bit of room for improvement. For example, the 2 megapixel macro camera could have been better left out as it really isn’t up to the standard of other macro lens offerings in 2021. Photos from very close up look dull and out of focus. And the 2 megapixel depth sensor helps the main camera with blurring the background, but some competing phones can do this without a special sensor. 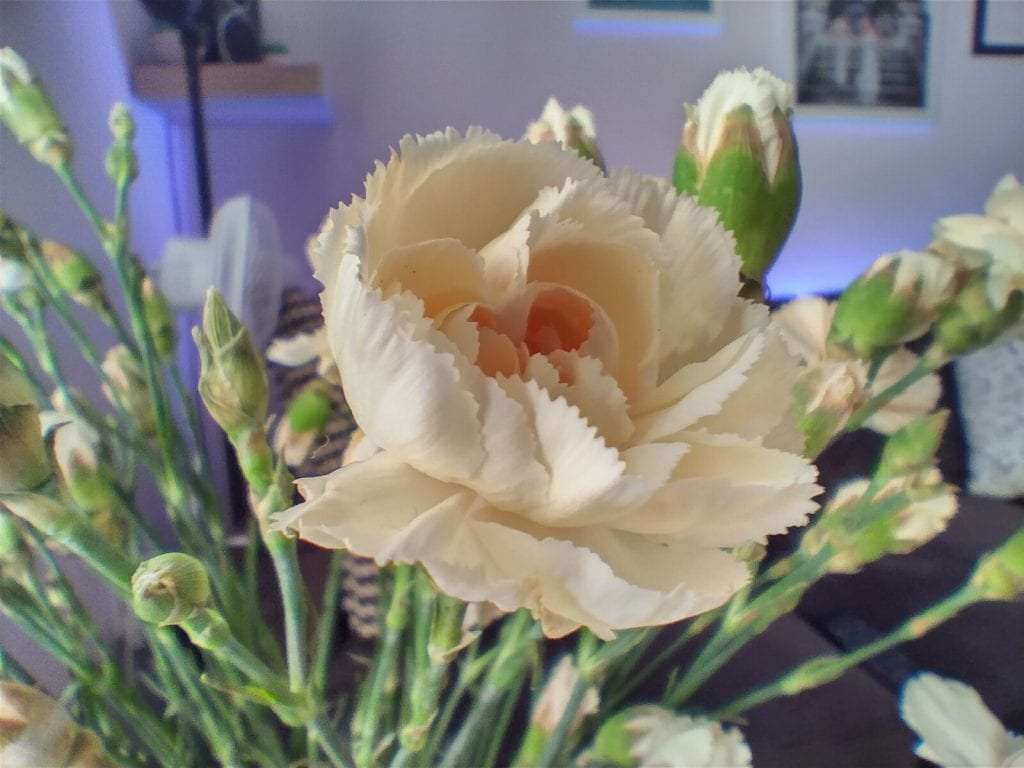 The quality of the 5 megapixel wide-angle camera is fine, but certainly not above average. Photo quality quickly drops off near the edge of the image which isn’t ideal as it caused us to use this particular lens less than we wanted to. Finally, the main camera. It has a very high resolution of 64 megapixels and shoots standard 16 megapixel photos for more detail and better results in the dark. A well-known approach that delivers decent results in bright daylight conditions. 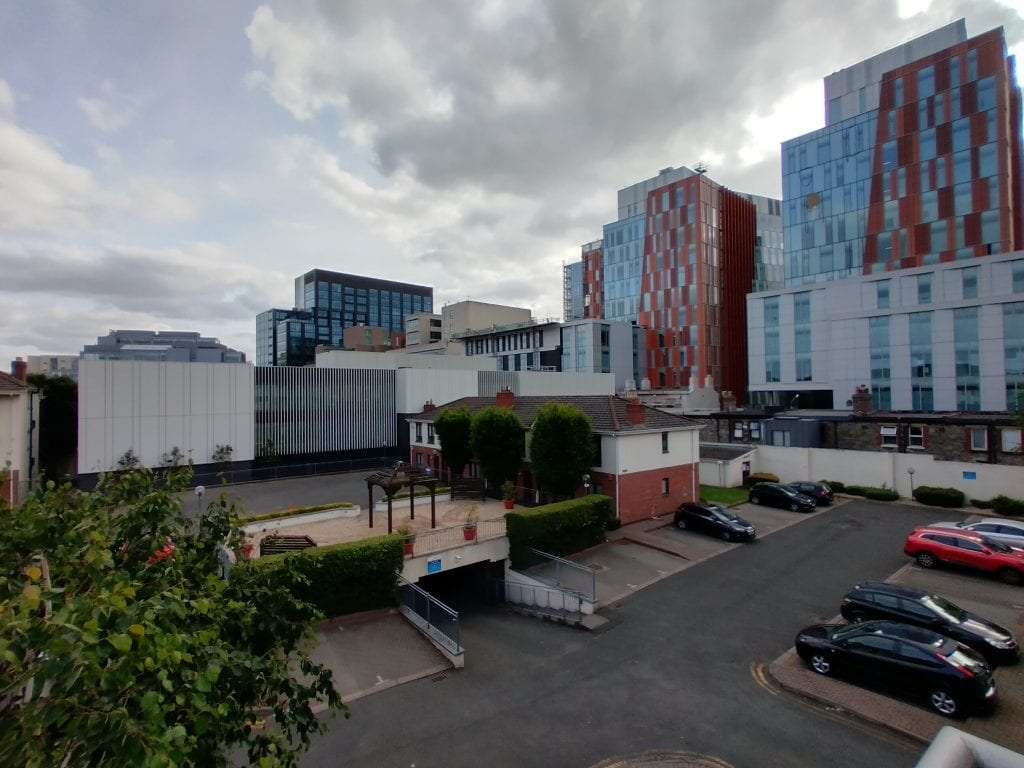 Ultra-wide shot – Nokia X20. Notice the blurring near the edges of the image 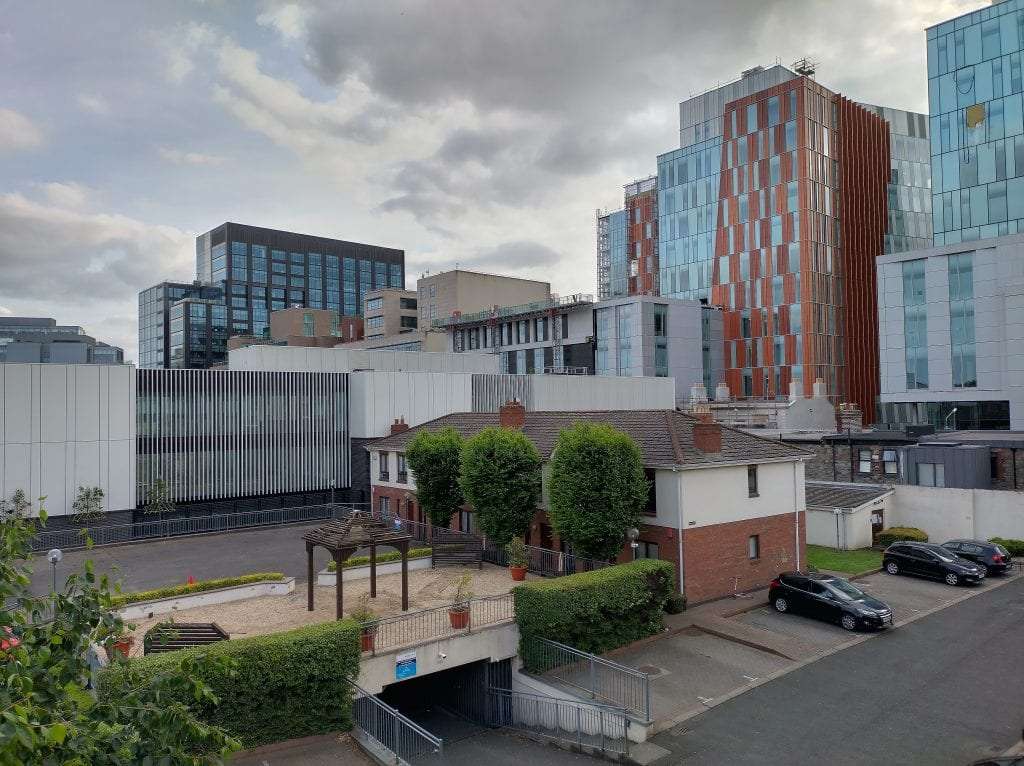 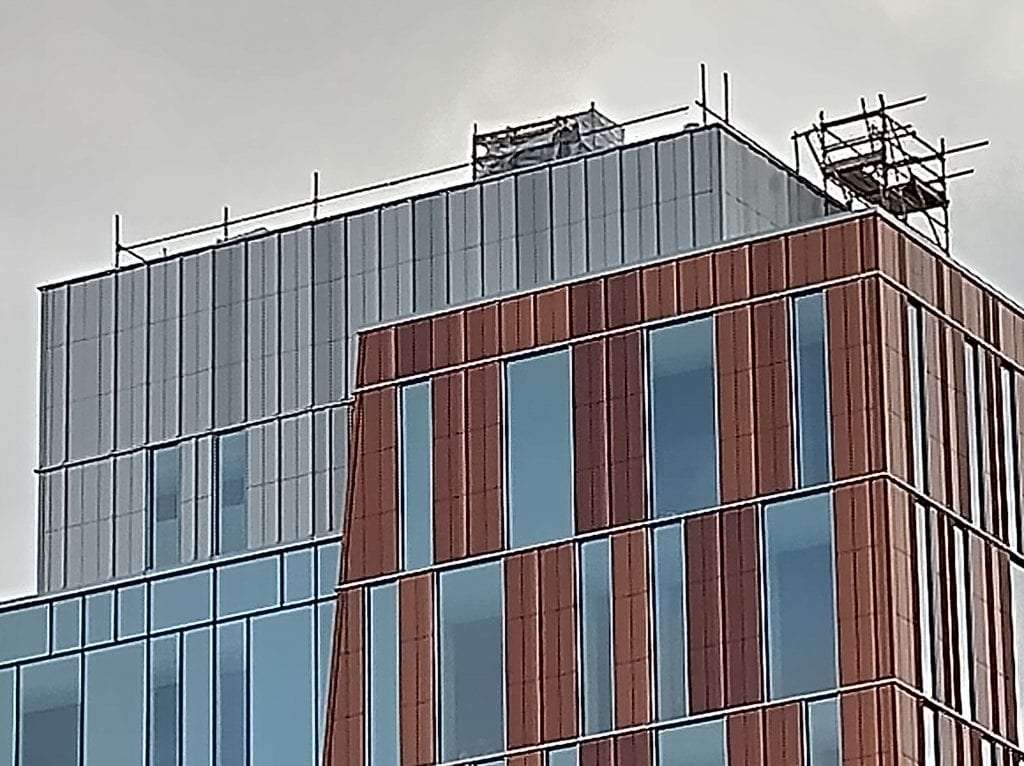 When shooting in darker conditions, you might need to have the flash enabled as it has a bit of difficulty grabbing all the detail in a poorly lit scene. The 32mp selfie camera is actually one of the best cameras on the device and the computer generated bokeh effect in the Portrait mode is actually pretty impressive for such a competitively priced handset. 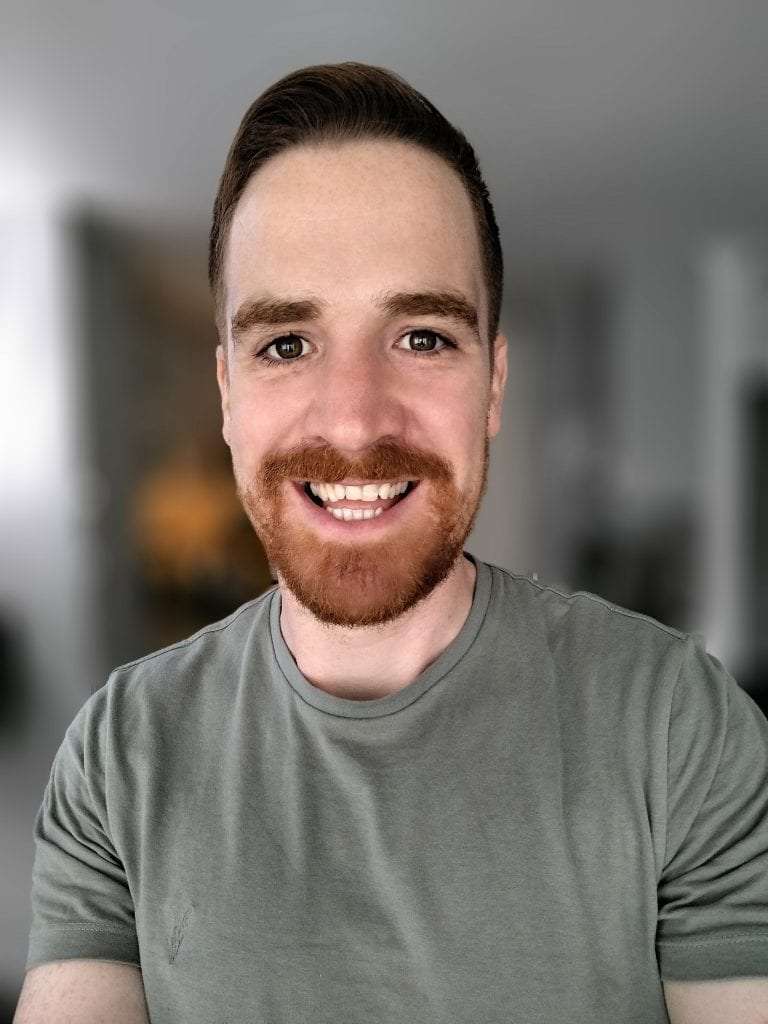 The Nokia X20 has a relatively large 4470 mAh battery and, with its energy saving processor and the display’s average refresh rate, it can actually last the guts of day with fairly intensive use. As with a lot of other smartphone manufacturers, the focus on sustainability is also reflected in the charger. Or rather: you don’t see it, because there is no charging adapter in the box.  You undoubtedly have a suitable charger in your home for the Nokia X20 but, preferably use an adapter with an output of 18 Watt, because then the smartphone will charge as quickly as possible then.

The Nokia X20 is a smartphone that does not rely on its specifications but on its 3+3+3 strategy. Nokia really are trying to differentiate themselves from the competition with their new approach to the longevity of their devices with X20 covered by a three-year warranty and also planned to receive three years of software updates. This kind of continued after-sales support is quite unique in this price segment. Only the Samsung Galaxy A52 and Google Pixel smartphones have the same update policy, but come with a two-year warranty. When I say the Nokia X20 isn’t a spec monster, I mean the screen and cameras aren’t as good as they could be. Nokia partly makes up for that with a smooth processor, 5G support and a remarkable amount of storage memory. 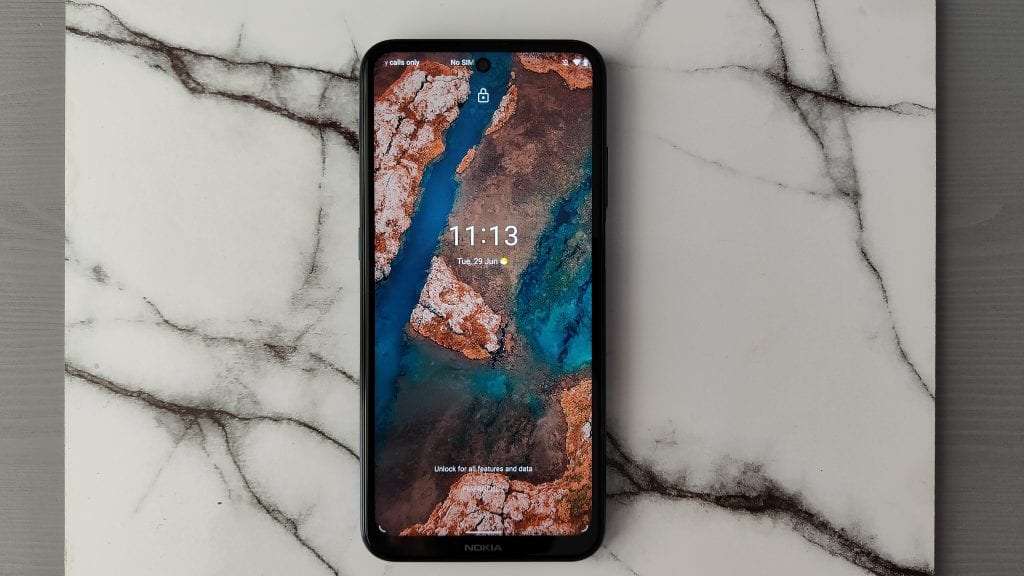 The Nokia X20 is available now in Midnight Sun and Nordic Blue colour options, and comes in an 8GB RAM/128GB Internal Storage configuration. Its available from Nokia.com and Harvey Norman from €329 sim free.

The Nokia X20 will get the job done for most people and will stand the test of time with its extensive update and security support policy – it just might not blow your socks off.