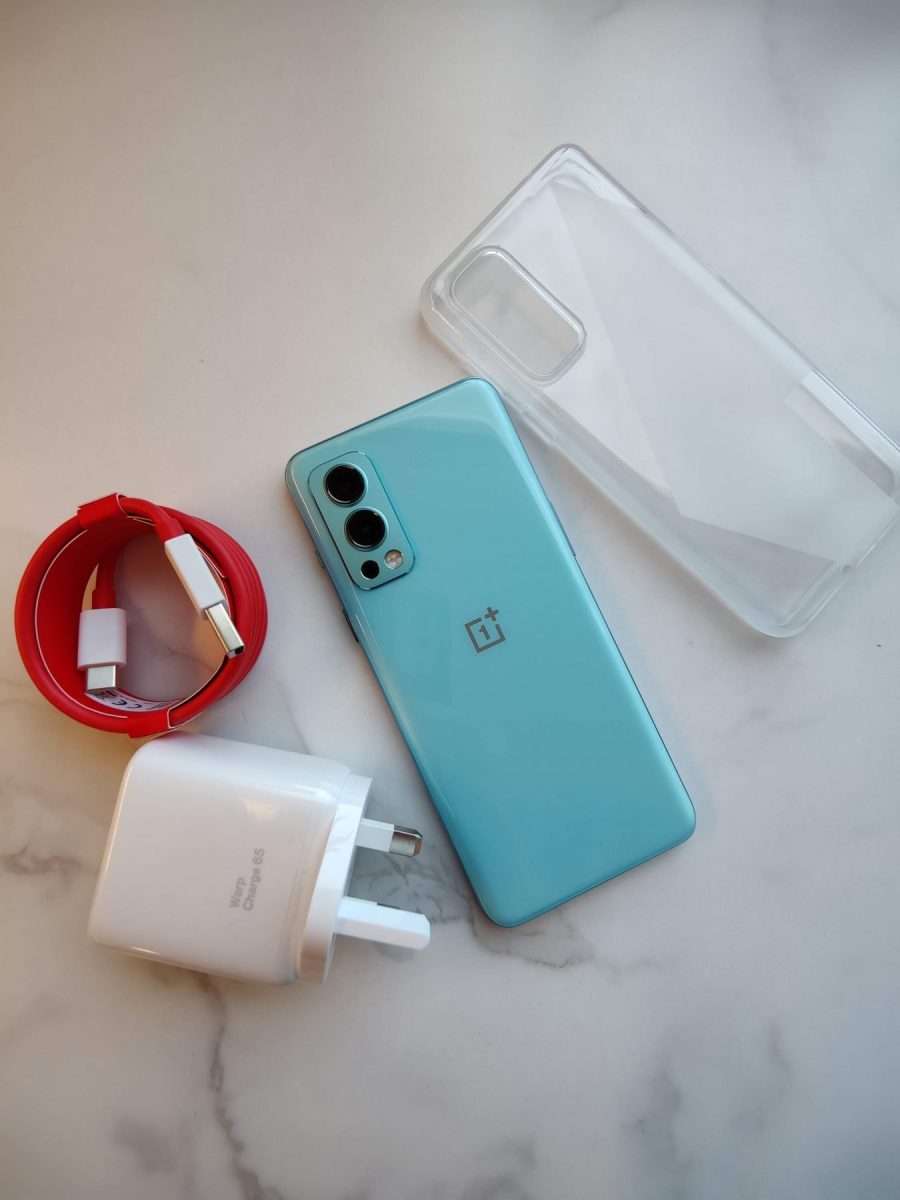 When OnePlus launched, their mantra was the ‘Flagship Killer’… and while that was mostly true at the start of their journey, it mostly waned over the last few years. Last years 9 Series phones were fantastic, but they were Flagship phones with flagship prices (and specs) and the original Nord, while it was a great phone, it wasn’t a flagship killer.

Now mid-way through 2021, OnePlus have come out guns blazing with the Nord 2. This is the phone that could help OnePlus refocus on the Flagship Killer status (by that I mean, there’ll be compromises where needed, but for the most part, for day to day use, most people won’t notice any difference between the Nord 2 and the, say OnePlus 9 or Galaxy S20). 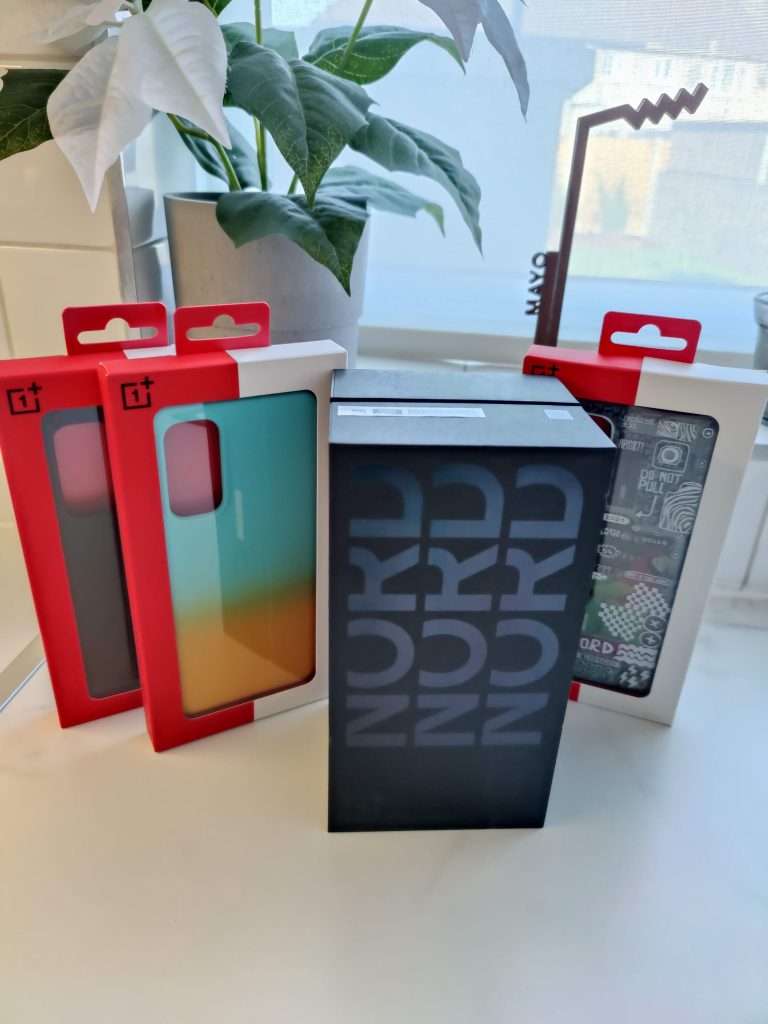 OnePlus seem to have found their design groove in the last year or so and I’m liking the look of their current range of phones. The design language is similar so even from the back with a case on, it’s fairly easy to see it’s a OnePlus Phone. The camera module is a great example of this. 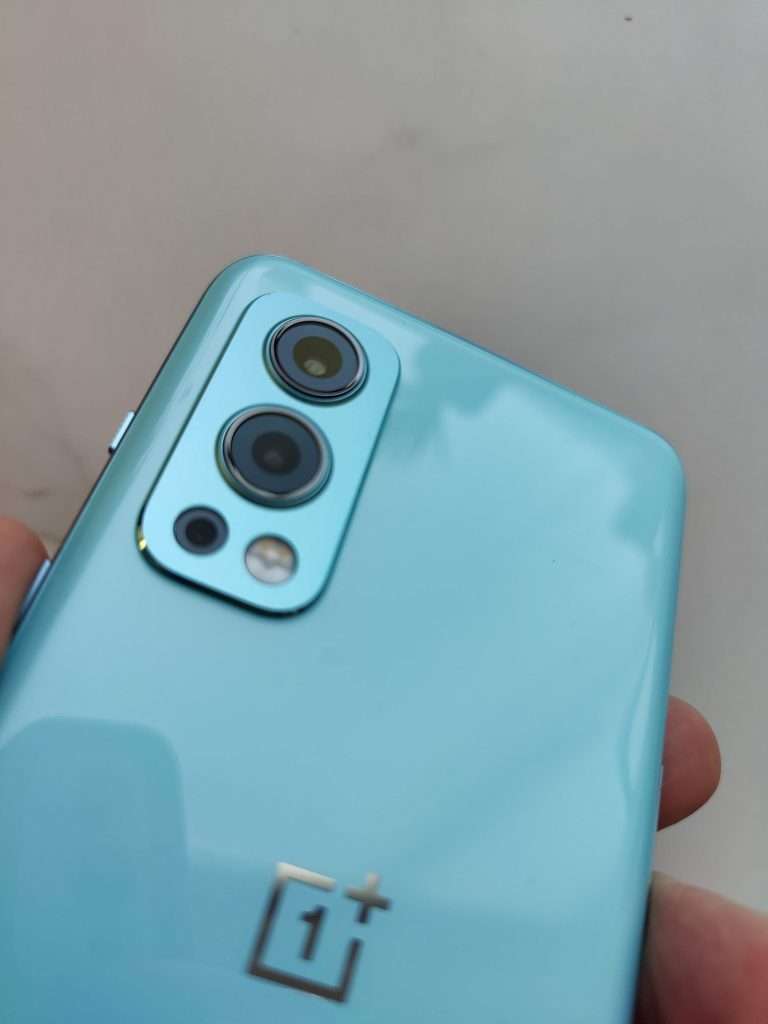 Let’s start at the back then, the OnePlus Nord 2 is available in Ireland in 2 colours… Grey Sierra with a frosted back or Blue Haze that’s more glossy. The Blue Haze is becoming OnePlus’s signature colour for the Nord Line, and personally I really like it. Other than that, on the back of the phone is the camera bump. At a quick glance you’d be hard pressed to tell between the Nord 2 and the OnePlus 9, in a good way. The camera module is slightly raised and the same colour as the rest of the phone.

Moving round to the sides, there’s a glossy rail in a matching colour that contains the alert slider, volume, power and charging ports.

On the front there’s a big 6.43inch screen with a single hole punch camera in the upper left (there used to be 2 here in the original Nord)

During my time testing the Nord 2, I’ve had no issues with the build quality. It felt solid in the hand and the buttons and slider have felt clicky and premium. 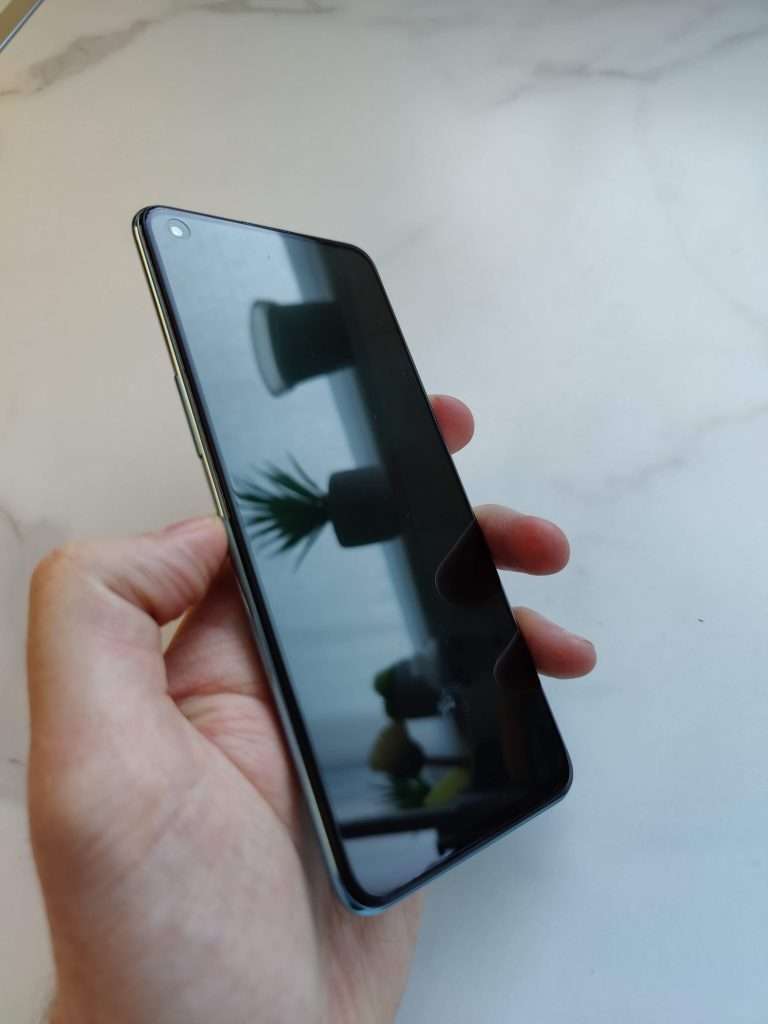 It’s a nice bright screen that supports HDR on Netflix and other supporting apps and the colours look great in most lighting scenarios.

After having phones with 90hz screens the last couple of years and recently using a 60hz screen phone, if you have the chance to move to a phone, like the Nord 2 that has a 90hz display I think you’ll feel and see the difference and it’ll be hard to move back to a slower screen.

I’ve had no issues with the screen during my time testing the Nord 2 and its a great screen for media and content consumption.

In 2021, a good camera setup can make or break a phone and thankfully for the Nord 2, the main camera sensor is pretty decent (it helps that it borrowed the sensor from the 9 Series, but not the main one, more on that in a second).

The Nord 2 has a total of 4 cameras, 3 on the back and one on the front. Starting at the front, the hole punch camera in the screen clocks in at 32mp and is pretty decent. Works well in low light and captures a decent amount of detail.

On the back, while there’s technically 3 more cameras, only one of them really matters. The 2mp Mono sensor should have really been left out as it serves no real purpose other than a stat on the spec sheet. The ultrawide camera, while better, is still limited to an 8mp sensor, so the images it outputs are noticeably lower in detail that other wide angle lenses. 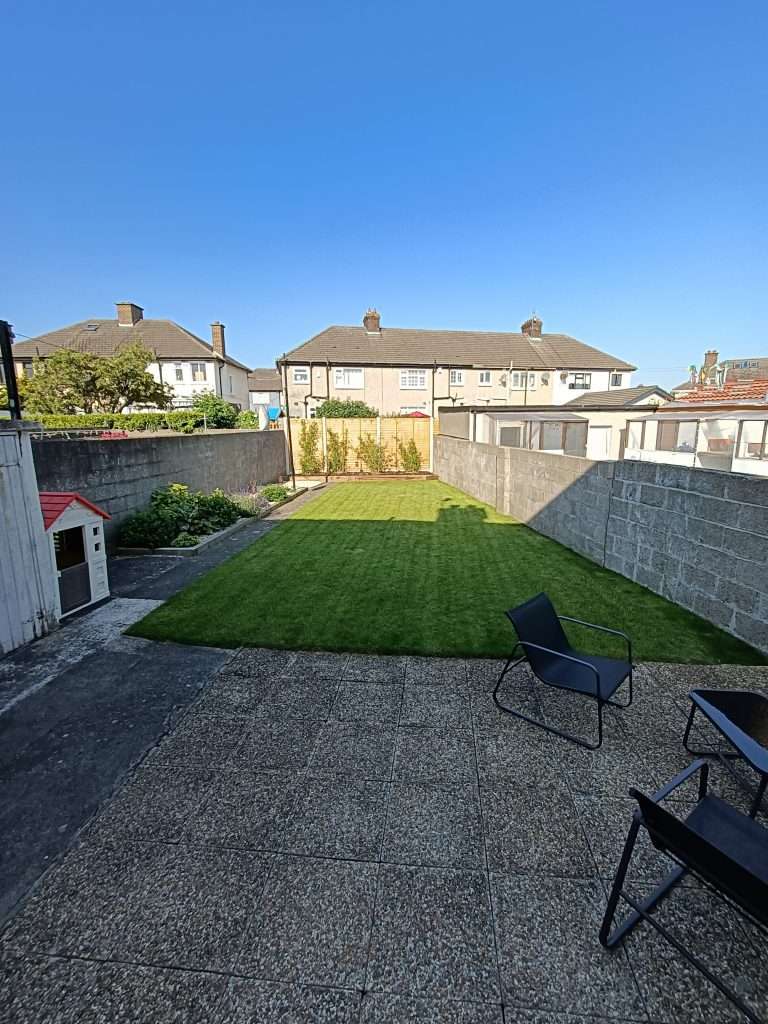 The main 50mp Sony IMX766 sensor is where the camera system makes up for the shortcomings of the other, lesser, sensors. This 50mp sensor is the same that was used in the OnePlus 9’s wide angle lens (and I rated that highly in the OnePlus 9).
The photos it captures have good detail in most lighting conditions and while the colours are a bit more saturated than I personally like, I would still be very happy to share photos taken on this camera online (which is where most of them will end up if we’re all honest). 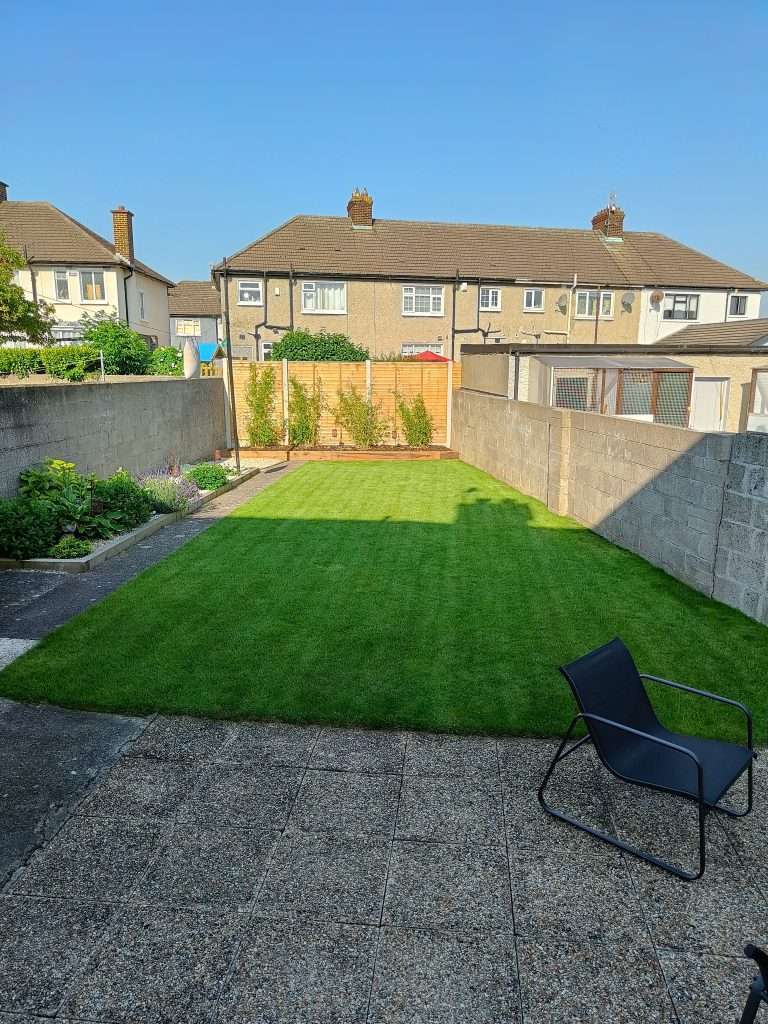 OnePlus’s exclusive MediaTek Dimensity 1200-AI chip helps out here, specially with the AI components. It uses the AI in the chip to detect what the camera is taking pictures of and makes sure it adjusts the various parameters to give the best possible photo from the camera. 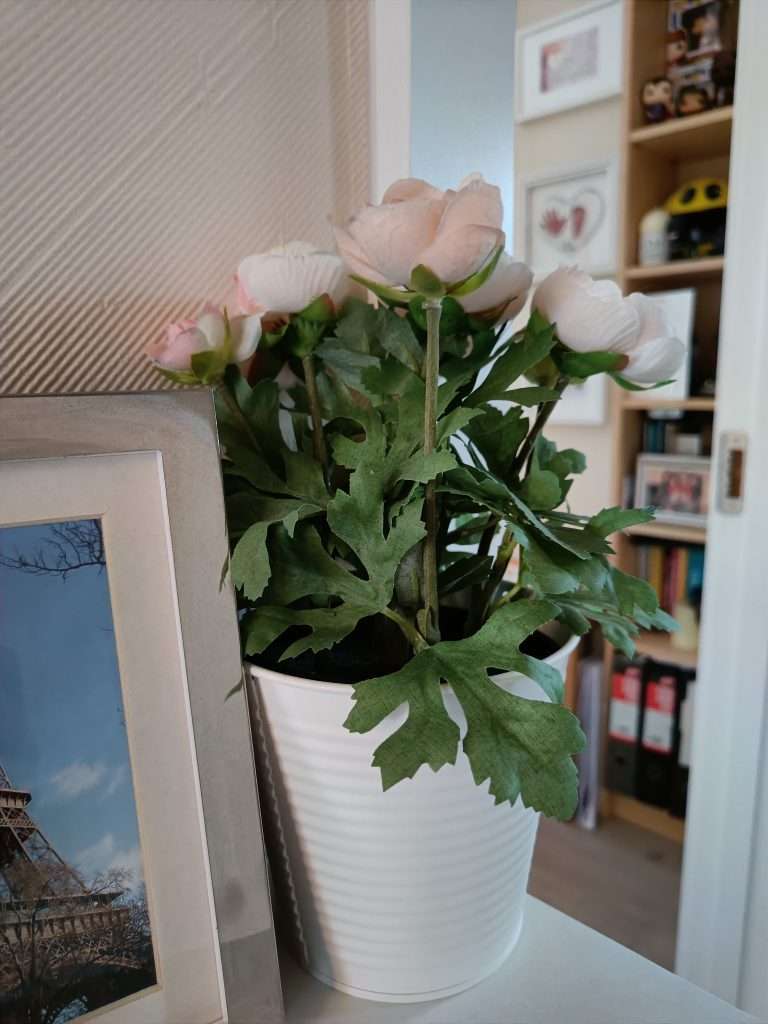 Sample Photo of Flowers with Depth of Field 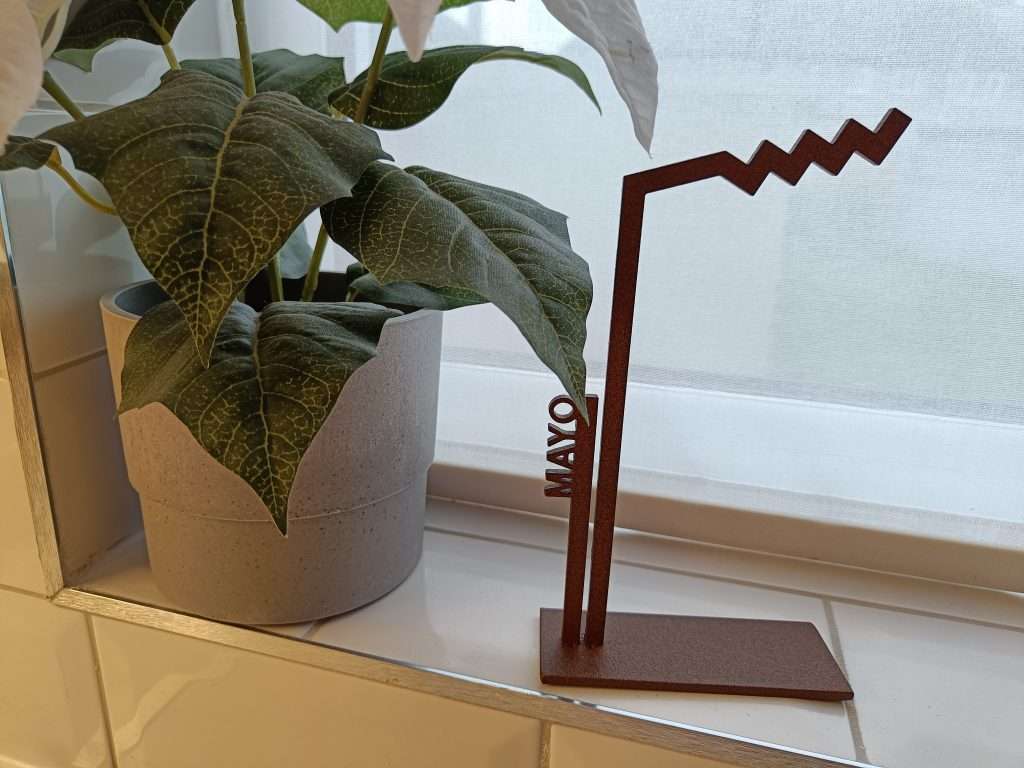 The Nord 2 5G is powered by a brand new MediaTek Dimensity 1200-AI (the AI part is exclusive to OnePlus). If you were to compare it to a Qualcomm chip, it’d sit somewhere around the 865 / 870, which is flagship spec. OnePlus have also paired the processor with either 8 or 12gb of LPDDR4X RAM and either 128gb or 256gb of UFS3.1 Storage. The processor, paired with that RAM and Storage combo, keep the phone flying along with little to no hiccups or stutter. 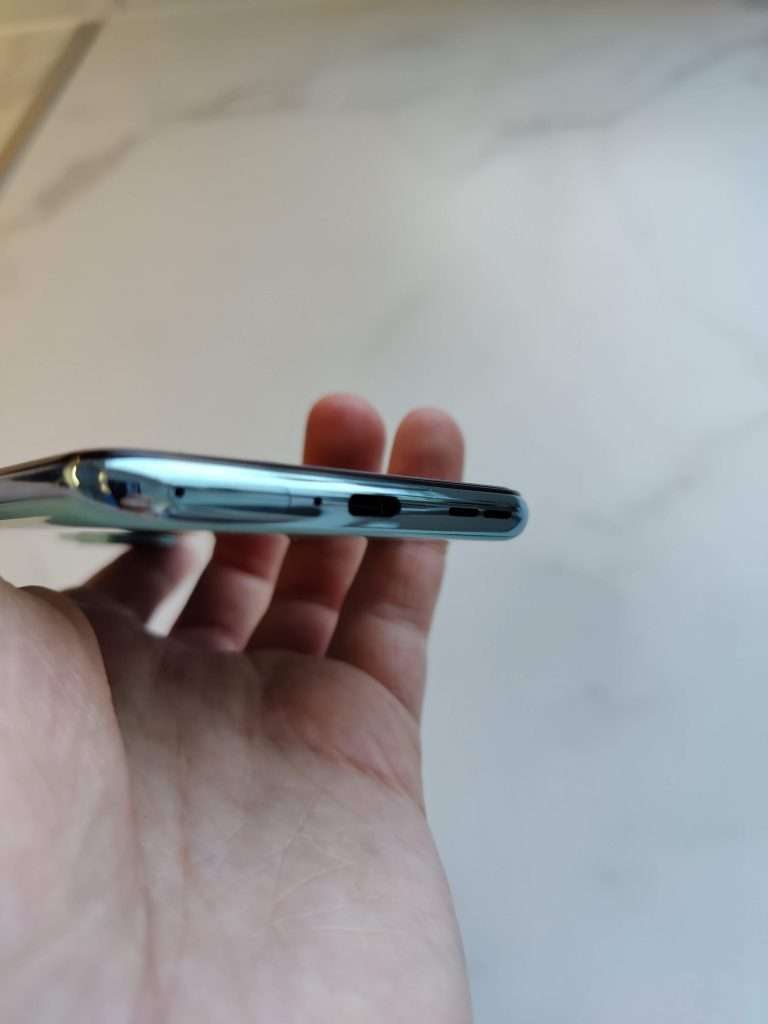 The OnePlus Nord 2 is the first OnPlus phone to take advantage of the closer relationship with Oppo. The software is actually based on ColourOS with a OxygenOS layer on top. You’d be hard pressed to find where OxygenOS stops and ColourOS starts and personally, I think this partnership is a good things as it should mean more frequent updates and longer support. And speaking of support, the Nord 2 will get 2 additional Major android Updates (it ships with Android 11, so we know it’ll get Android 12 and 13 for sure) and it will also get 3 years of system security updates. Anyone buying the Nord 2 should feel at ease that the phone will be supported with updates until well into 2024 / 2025.

There’s definitely a flagship battery included in the Nord 2 as it has the same setup as the OnePlus 9. That is, it has a total of 4500mAh of power, split over 2 power cells in the phone. This also allows the Nord 2 to charge using OnePlus’s, now infamous, Warp Charging. The Nord 2 comes with a 65 watt charger and supports the same Warp 65 charging as the OnePlus 9 and charges just as quickly. It can go from 0 to 100% in approx 28 mins.

Heavy users should easily be able to get through a full day with battery to spare, and lighter users should be able to get close to 2 days with the need to charge, but with that battery setup, if you forget to charge at any point, pop it into the charger while you’re having a shower and by the time you’re done and dressed, the phone should be fully charged. Charging that quickly changes the way you think about charging, in a good way, in that it’s something you really don’t need to worry about, the battery lasts for ages and charges quick, what more could you want?

As part of our review unit, we were sent some cases with the Nord 2 5G. I have to say, I admire what OnePlus does with their accessories and produces some really nice, high quality ones to go with each of their phones. A clear case comes in the box with every OnePlus phone and that’s a great thing and more manufacturers should be doing this.

In addition to the clear screen that’s include, there’s a number of others you can get from OnePlus.

Their signature SandStone case is here and grippy as usual, and this year you can also get the StandStone case with a bit of colour in the form of their Desert Mirage case. 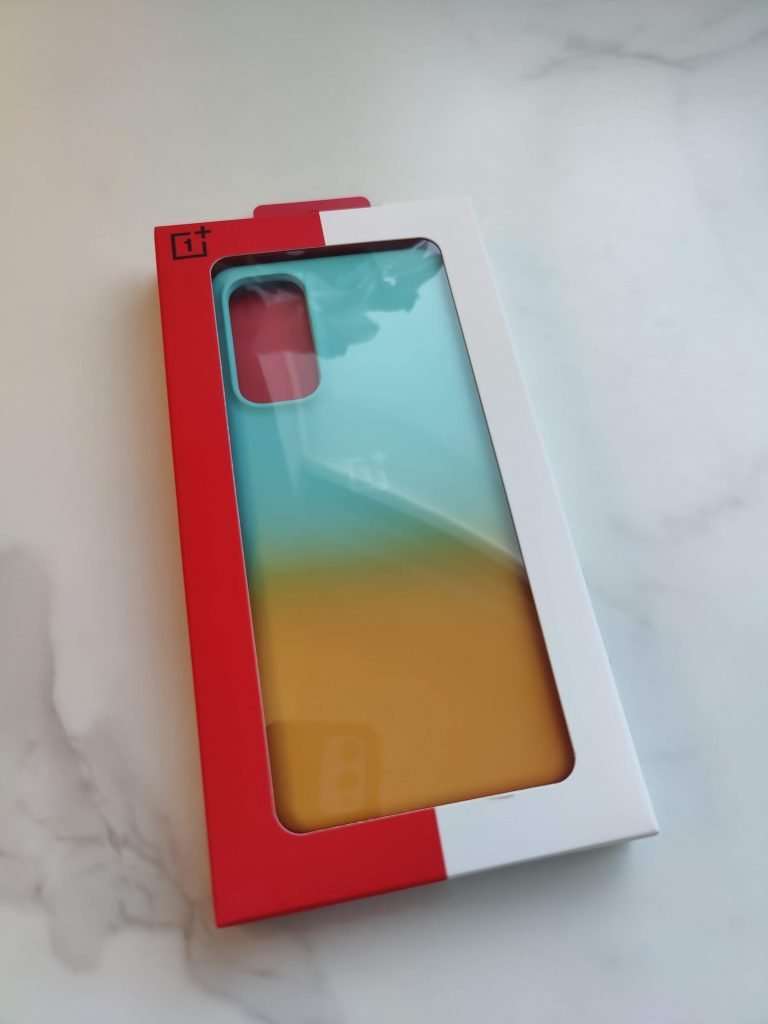 The 3rd case, the Quantum Bumper Case has to be my favourite one. It’s got this depth to it, there’s a graphic under the case and illustrations on top of it and it just looks really cool on the phone. I wish more manufactures would do something similar and unique like this. 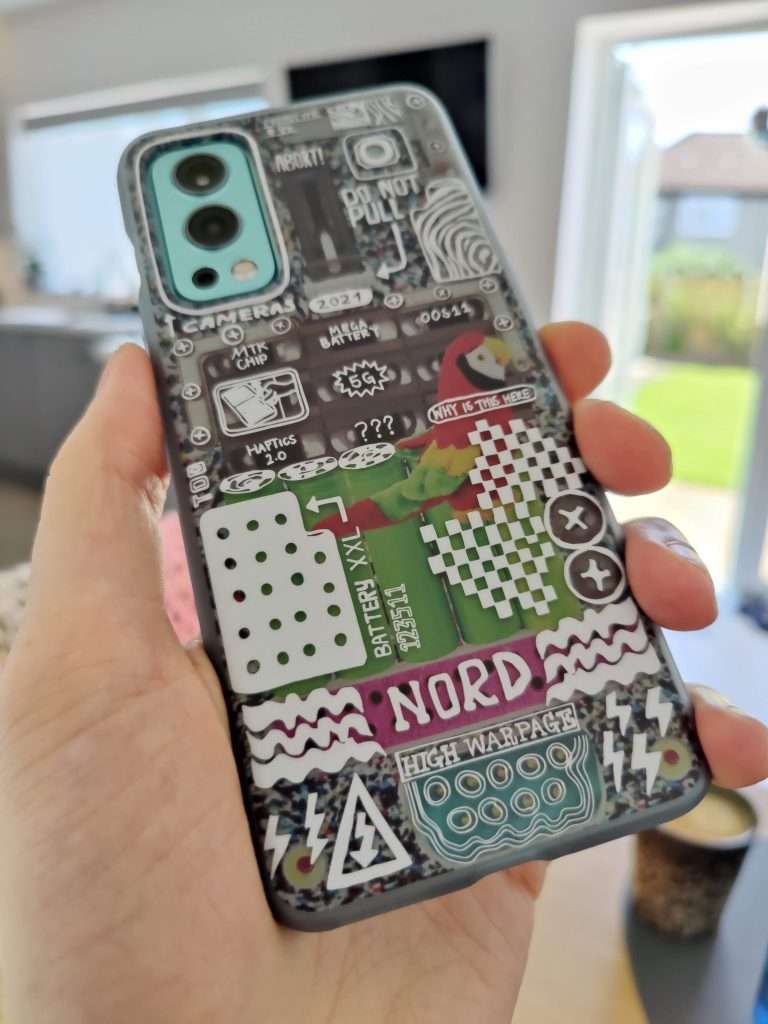 Overall, the OnePlus Nord 2 has been a pleasure to review. It’s fast, well built, takes good photos, has loads of RAM and Storage and looks good to boot.

You can buy the Nord 2 5G directly from OnePlus – https://www.oneplus.com/ie/nord-2-5g