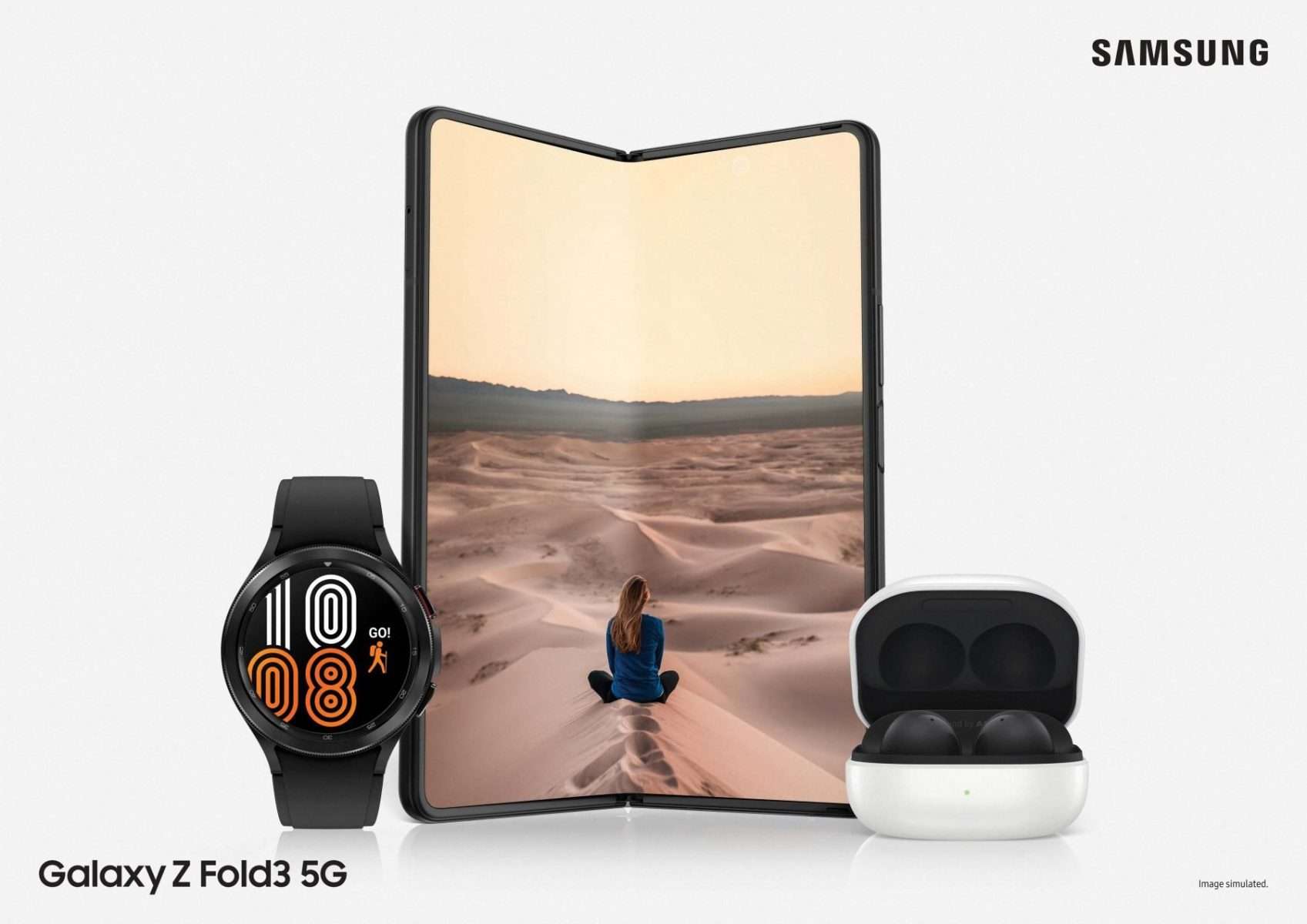 At their latest virtual ‘Unpacked’ event, Samsung unveiled a slew of new Galaxy products across wearables and smartphones. They finally made official their much leaked new folding (or flipping) devices in the form of the Galaxy Z Fold3 and Galaxy Z Flip3. Along with these new devices, we also got to see their latest pair of true wireless earbuds, the Galaxy Buds2 and finally, Samsung showcased their newest smart wearables, the Galaxy Watch4 and Watch 4 Classic. These are the first wearables to be announced since Google confirmed that they would be partnering with Samsung on the future of wearables at this year’s I/O event in May so are running ‘Wear OS Powered by Samsung’.

There’s quite a lot to get through so we’ll kick things off with their newest smartphone devices. 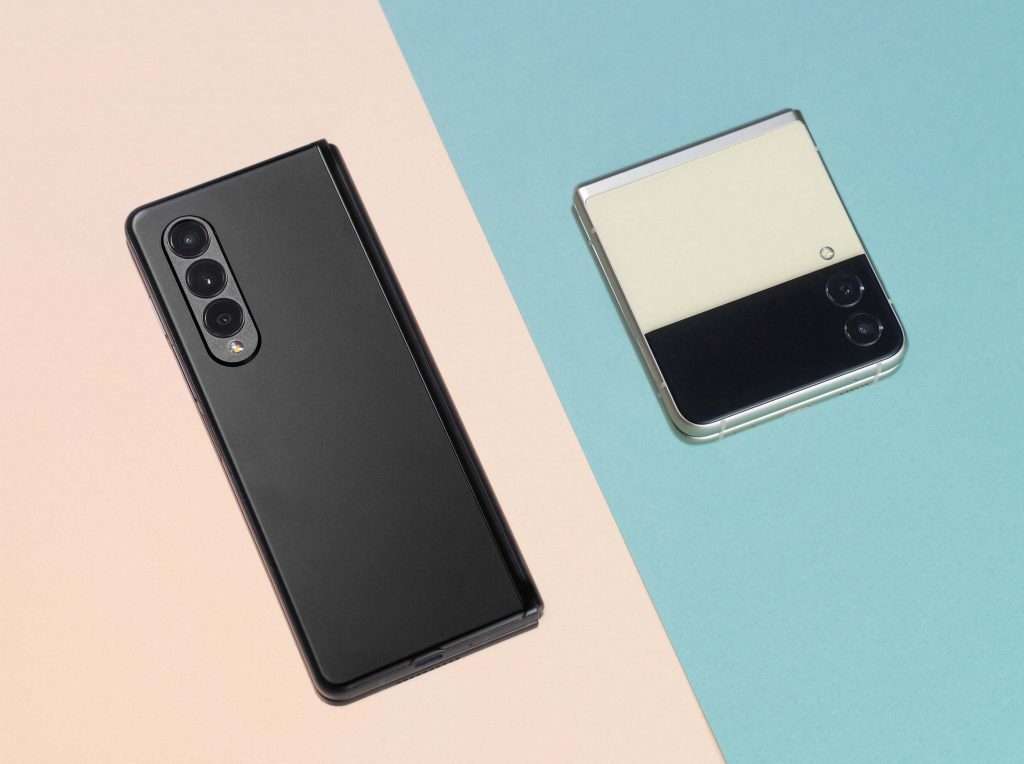 Probably the star of the show for many, Samsung showcased all of the various improvements they’ve made over last year’s Fold2 and there are quite a few impressive ones. Firstly, they’ve increased the refresh rate on both the external ‘Cover’ screen and internal ‘Main’ screen to 120hz which should make for a much more fluid experience overall. They’ve also managed to decrease the weight over last year’s model by 11g to ‘just’ 271g but that could be due to the battery getting a slight reduction in size from 4,500mAh to 4,400mAh in the Fold3. 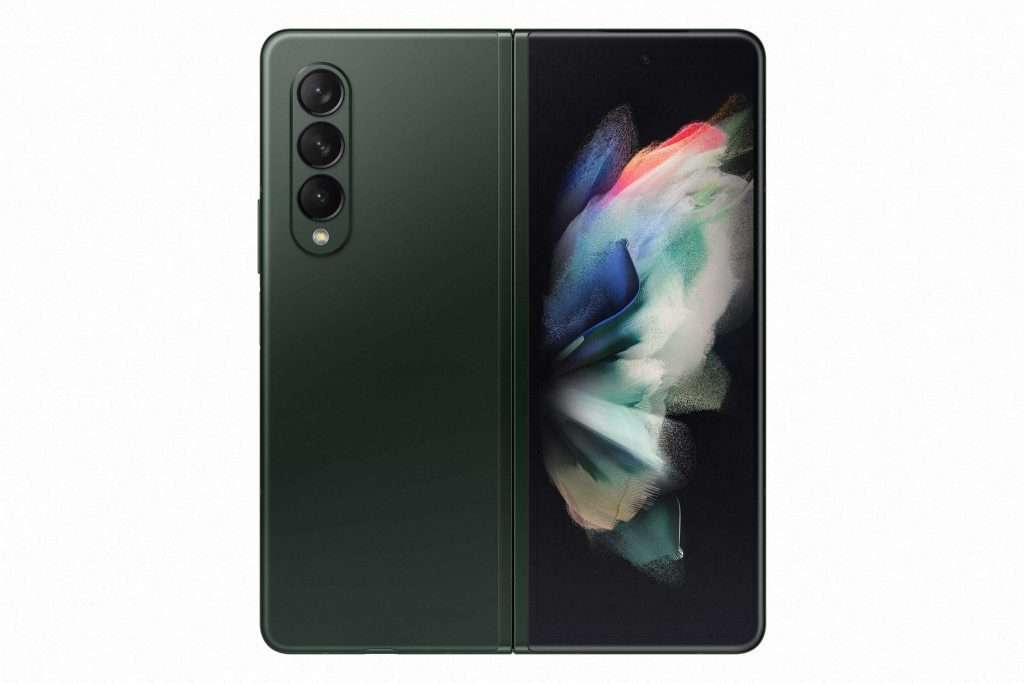 One of the most unique features of this new Fold 3 device, aside from the fact its internal screen actually folds in half, is that they’ve managed to incorporate the internal ‘Selfie’ camera under the display so there’s no longer a ‘punch-hole’ on the massive 7.6″ Dynamic AMOLED X2 screen. This is quite the feat but we’ve yet to see real-world samples of the shots you can expect from the 4MP sensor.

For the other cameras on the device, you’ve got a triple rear set up which is made up of three 12mp sensors: one wide, one ultra-wide and one 2x telephoto. On the cover screen, the ‘Selfie’ camera here is a 10mp sensor, so that’s 5 cameras in total. The internal display itself is said to have a new protective film which is said to be 80% more durable than last year’s model, probably for the newly announced S Pen support (more on that below.) 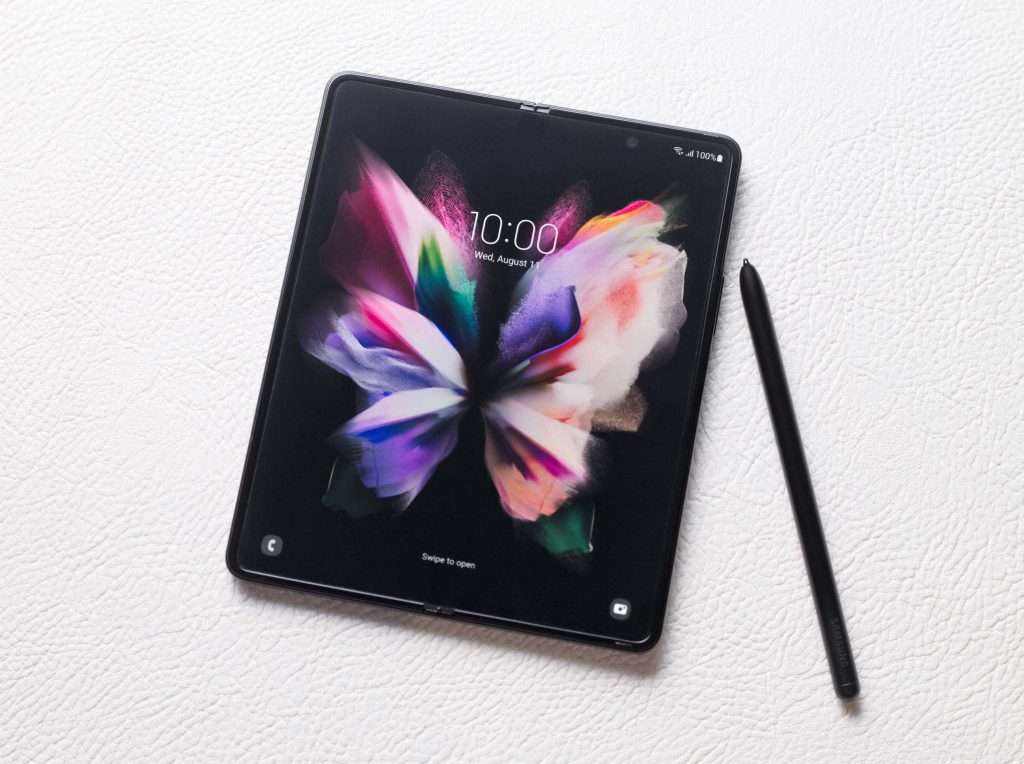 Internally, the Fold3 is powered by Qualcomm’s Snapdragon 888 processor so an interesting change from their usual Exynos offering for its European versions anyway. You’ll also get 12gb RAM and 256Gb storage on the entry level model along with IPX8 water resistance, which is a first for a folding phone, and another impressive feat from the Korean manufacturer.

As a first for any Fold device, Samsung is now including S Pen support but, there’s a catch. You can only use one of the two newly announced S Pens, the S Pen Fold Edition or S Pen Pro. The former is shorter and thinner in size but does fit into the new protective case Samsung has made for the device. The larger S Pen Pro supports a few additional features such as quick device switching (for use with the Galaxy Tab S7 and Galaxy Book) and a USB socket for charging. both feature a specially engineered retractable Pro tip with ‘force limit’ technology to protect the main internal folding display of the Z Fold3.

Moving on and a slightly lesser upgrade over last year’s model with the new Z Flip3. For this year’s iteration, the biggest upgrade can be seen on the new 1.9″ Super AMOLED ‘cover’ display which has a respectably high PPI (pixels per inch) of 302 so notifications and icons will definitely be legible and clear, even on such a small screen. 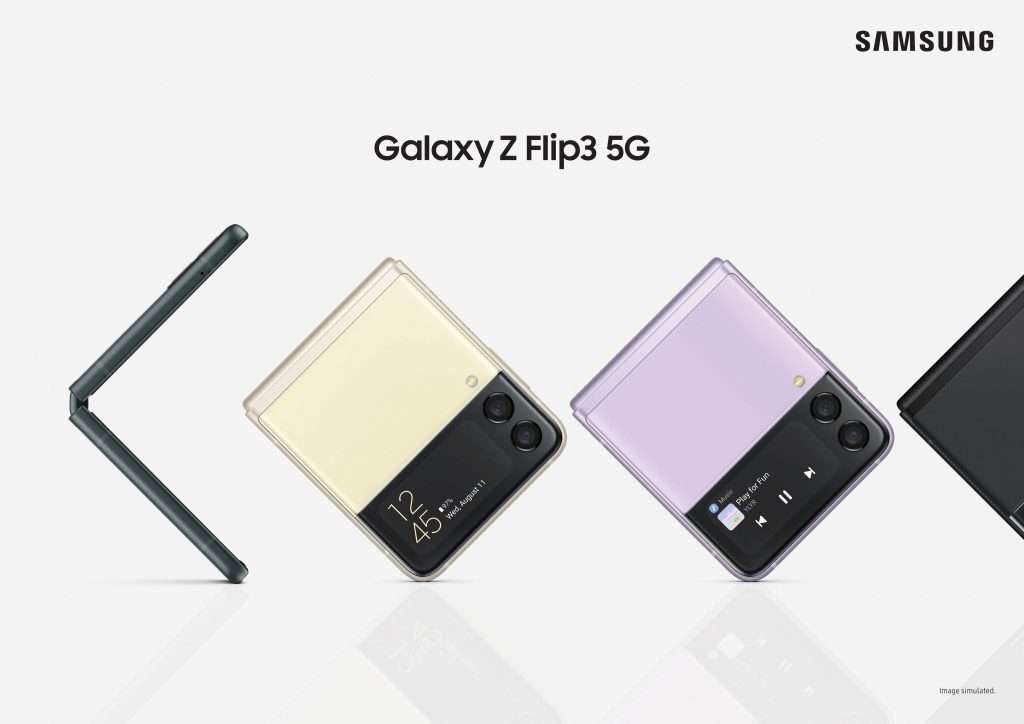 The new larger cover screen can also support notifications, widgets and access to Samsung Pay too. You’ll also be able to tweak a few quick settings without needed to unfold the device. Once you do, you’ll be greeted by a 6.7″ FHD+ Dynamic AMOLED 2X display with a slightly longer 22:9 aspect ratio, given it’s unique form factor. Thankfully, Samsung has also upgraded the protective film on this device’s display so expect it to be 80% more durable than last year’s offering.

Again, Samsung has managed to make the device IPX8 resistance which is great to see in this new category of devices and the Flip3 is also powered by the Snapdragon 888 processor. Weight remains the same as last year’s device at 183g and so too are the cameras with the rear dual camera set up offering 12mp wide and ultra wide sensors. For the ‘front’ camera on the display, you’re getting a 10mp sensor. 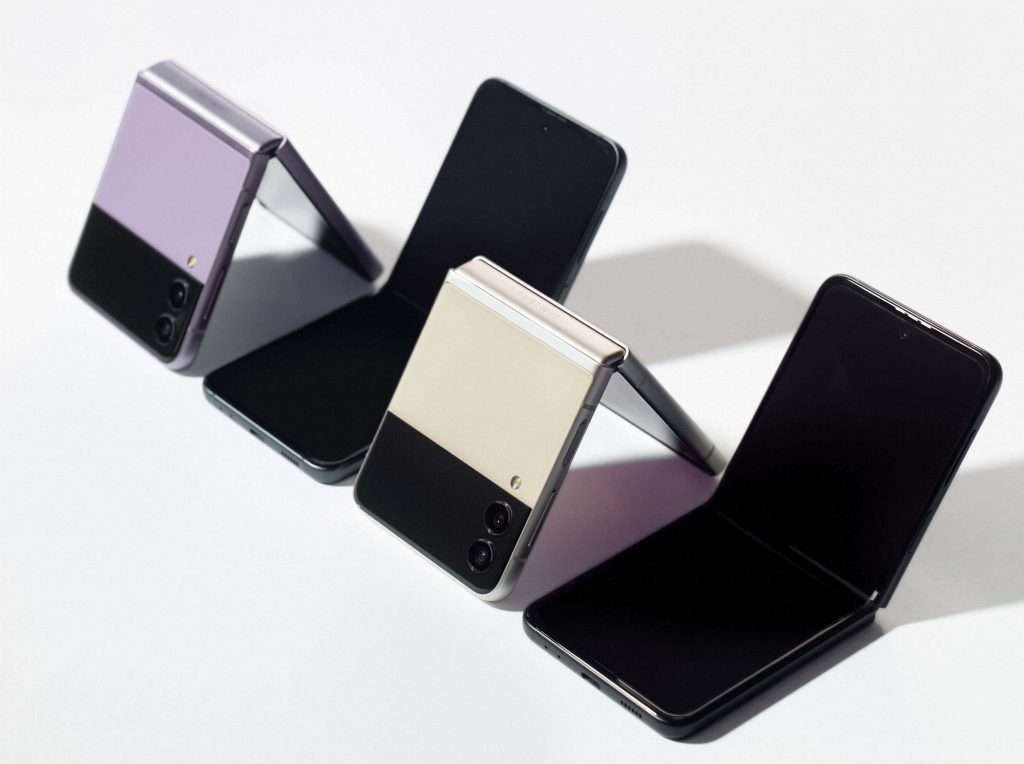 Both Fold3 and Flip3 support Dolby Atmos via their upgraded stereo speakers and should offer impressive multimedia experiences with the Fold3’s internal display said to have received a brightness boost of 29%.

The Samsung Galaxy Z Fold3 is available for pre-order now, starting at €1,899 (12GB/256GB)and will launch August 27th. It will be available in Phantom Black, Silver and Green.

The Samsung Galaxy Z Flip3 is available for pre-order now, starting at €1,099 (8GB/128GB), and will launch August 27th. It will be available in Phantom Black, Lavender, Green and Cream with Samsung’s online store getting 3 exclusive colour options, White, Pink and Grey.

They will be available directly on Samsung.com or through Vodafone, Virgin Mobile, Three, Eir, Harvey Norman, Power City and DID Electrical.

Next up are Samsung’s newest true wireless earbuds, the Galaxy Buds2. These new buds pack ANC, much like their more expensive sibling, the Galaxy Buds Pro, and are said to cut external background noise by up to 98%. There is also an enhanced ambient sound mode with three adjustable sound levels. Latency has also been reduced so videos and gaming should sound more instant. 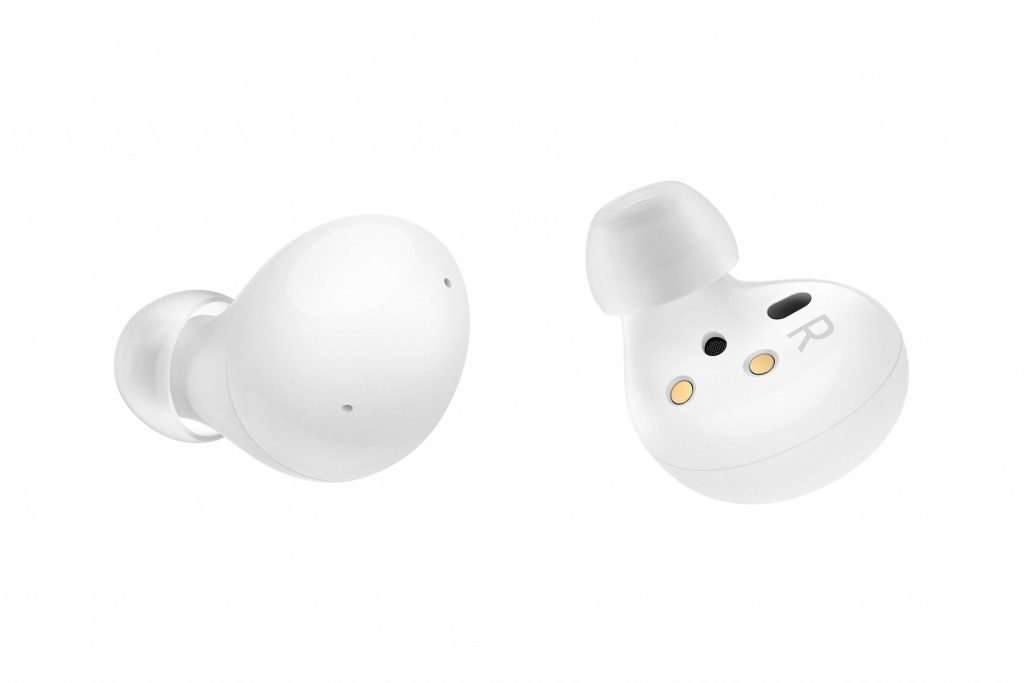 For improved call quality, Samsung has included 3 microphones, 1 inner and 2 external (for beamforming) along with a new ‘Voice Processing Unit’ or VPU. Together, these should all work to make your calls as clear as possible.

In terms of battery life and charging, the Samsung Galaxy Buds2 will offer 5 hours of playback through the earbuds with ANC turned on and 20 hours overall via the charging case. Without ANC, the same extends to 29 hours, with 7.5 hours through the earbuds. The case also supports Qi wireless charging. 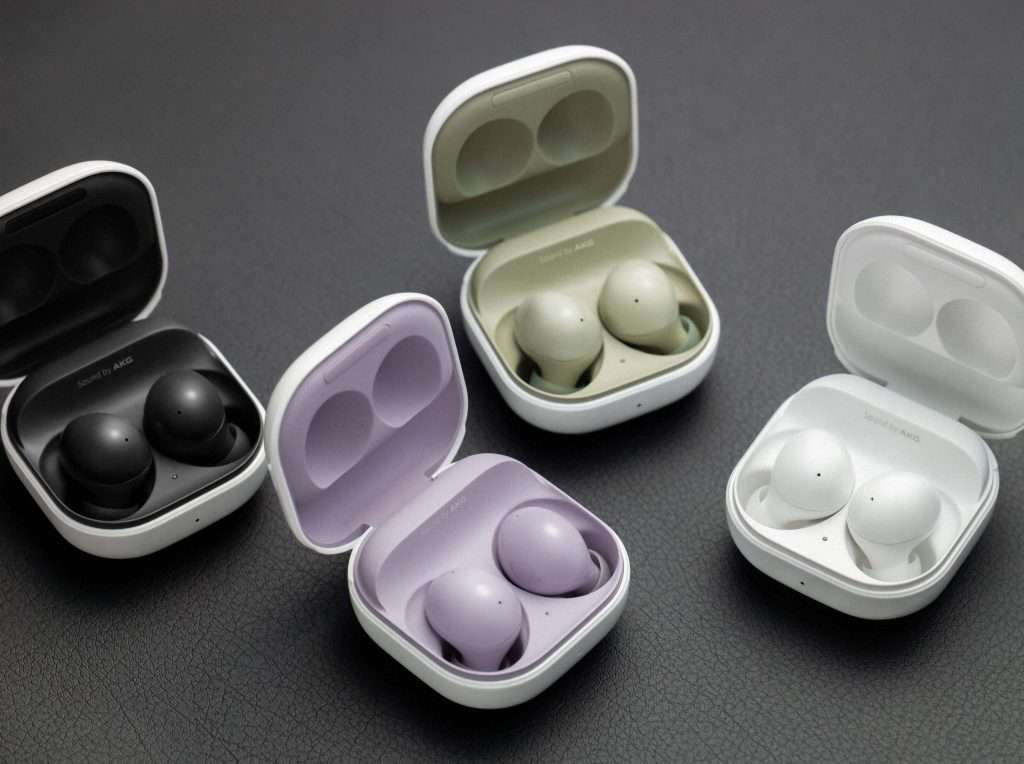 The Galaxy Buds2 in their 4 colour options: Graphite, Lavender, Olive and White.

The ability to ‘Auto-Switch’ makes a return, allowing you to jump between Galaxy devices and the Galaxy Buds app is now available on PC for easy pairing and the ability to tweak the earbud’s settings.

The Galaxy Wearable app, which we’re not sure will have full iOS support for these new earbuds yet, will also come with a ‘fit test’ option to ensure to buds have a secure fit in your ears, to ensure the best ANC and audio quality possible.

The Samsung Galaxy Buds will be available in Graphite, White, Olive or Lavender on August 27th for €159.

Finally, we’ve got the new smart wearables from Samsung, the Galaxy Watch4 and Watch 4 Classic. 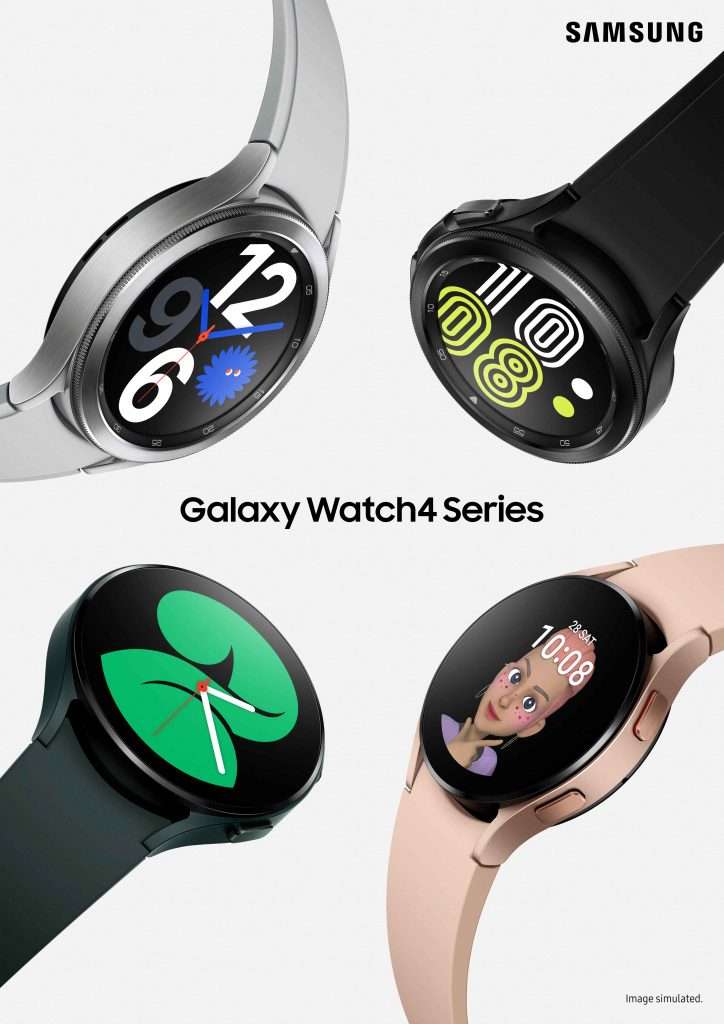 What differentiates these watches from each other is mainly their overall design with the Watch4 Classic having, well, a more ‘classic’ watch design, along with the rotating bezel which Samsung has become known for on their smartwatches.

Both displays will have an impressively high 330PPI so everything should look crisp and clear and, internally, they will both have 1.5GB of RAM and an impressive 16GB of storage. 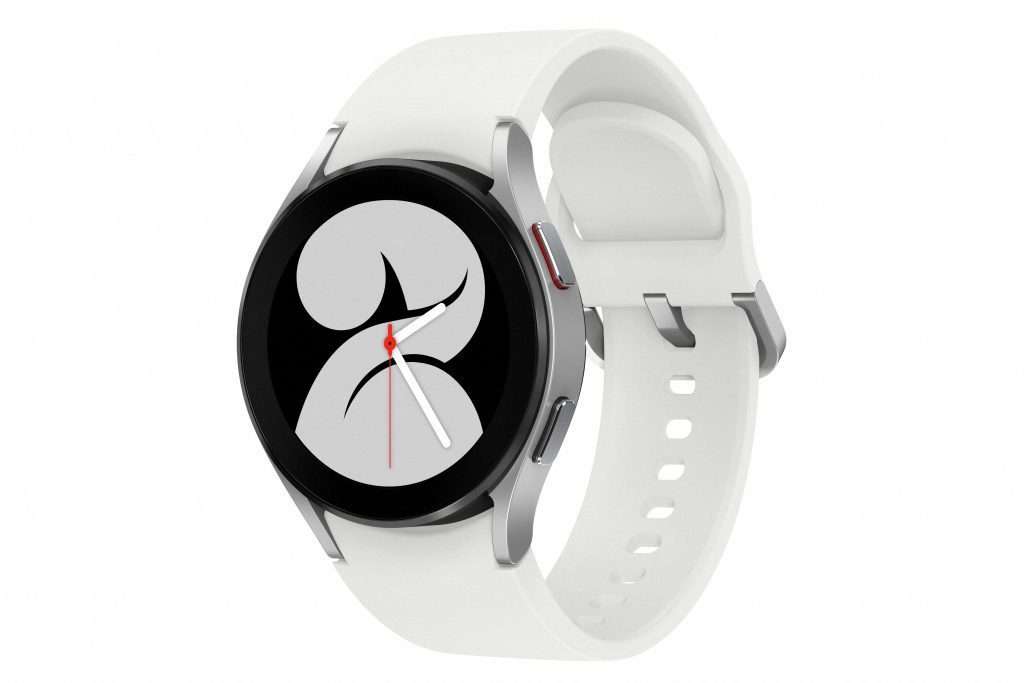 The Galaxy Watch4 in White

Both watches will be powered by the new Exynos W920, a 5nm wearable chipset designed to deliver much better performance while being more efficient. The W920 has two Cortex A55 cores — the same cores you’ll find on your phone — and an Arm Mali-G68 GPU, with Samsung stating users can expect an increase of 20% from the CPU and an crazy 10x jump in graphics performance.

The Watch 4 and Watch 4 Classic will also be the first showcase of the new Wear OS 3.0 platform that Google has created with Samsung, allowing for greater app compatibility including native support for third-party apps such as Adidas Running, Calm, Strava, and Spotify available from Google Play. This joint effort can be seen as the two tech behemoths’ attempt to take on Apple’s extremely successful Apple Watch line.

Sensors on-board the new watches include Samsung’s ‘BioActive’ sensor which is a combination of a heart rate sensor (PPG), an Electrical Heart Sensor (ECG) and a Bioelectrical Impedance Analysis Sensor (BIA). All together, users will be able to monitor their blood pressure, detect an AFib irregular heartbeat, measure their blood oxygen levels and, for the first time, calculate their body composition.  Now, you can easily check your body composition from your wrist with just two fingers places on the two right hand-side buttons and, in about 15 seconds, the Watch4 sensor will capture 2,400 data points. 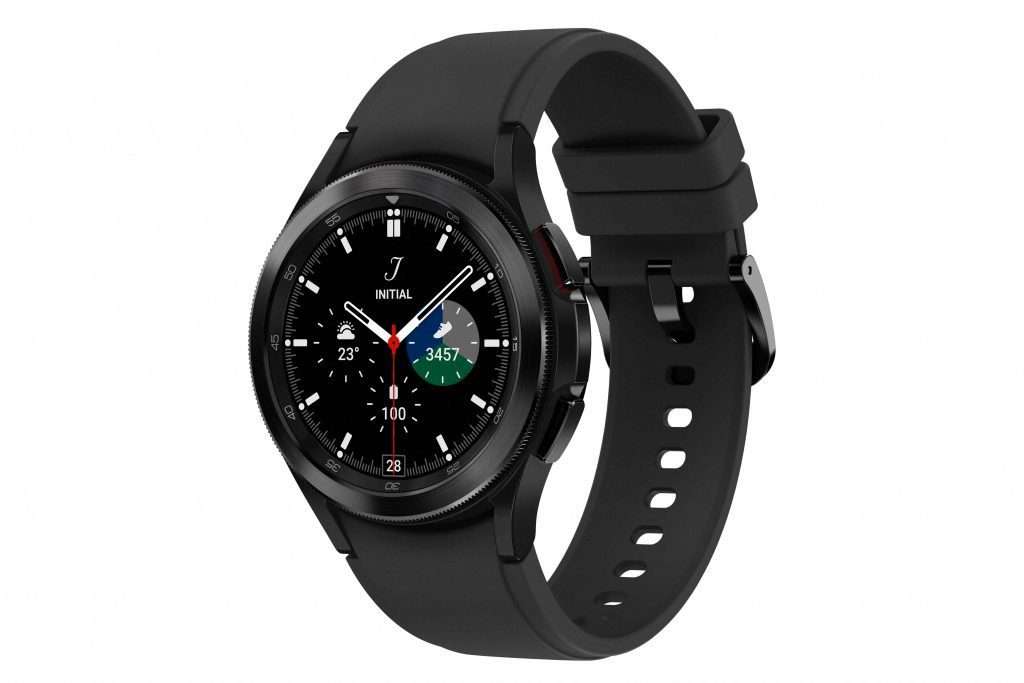 The Galaxy Watch4 Classic in Black

The Galaxy Watch4 starts from €279 for the 40mm Bluetooth model and will be available in Black, Silver, Pink (40mm model only) and Green (44mm model only)

The Galaxy Watch4 Classic starts from €379 for the 42mm Bluetooth model and will be available in Black and Silver.

You can learn more about today’s announcements on Samsung.com