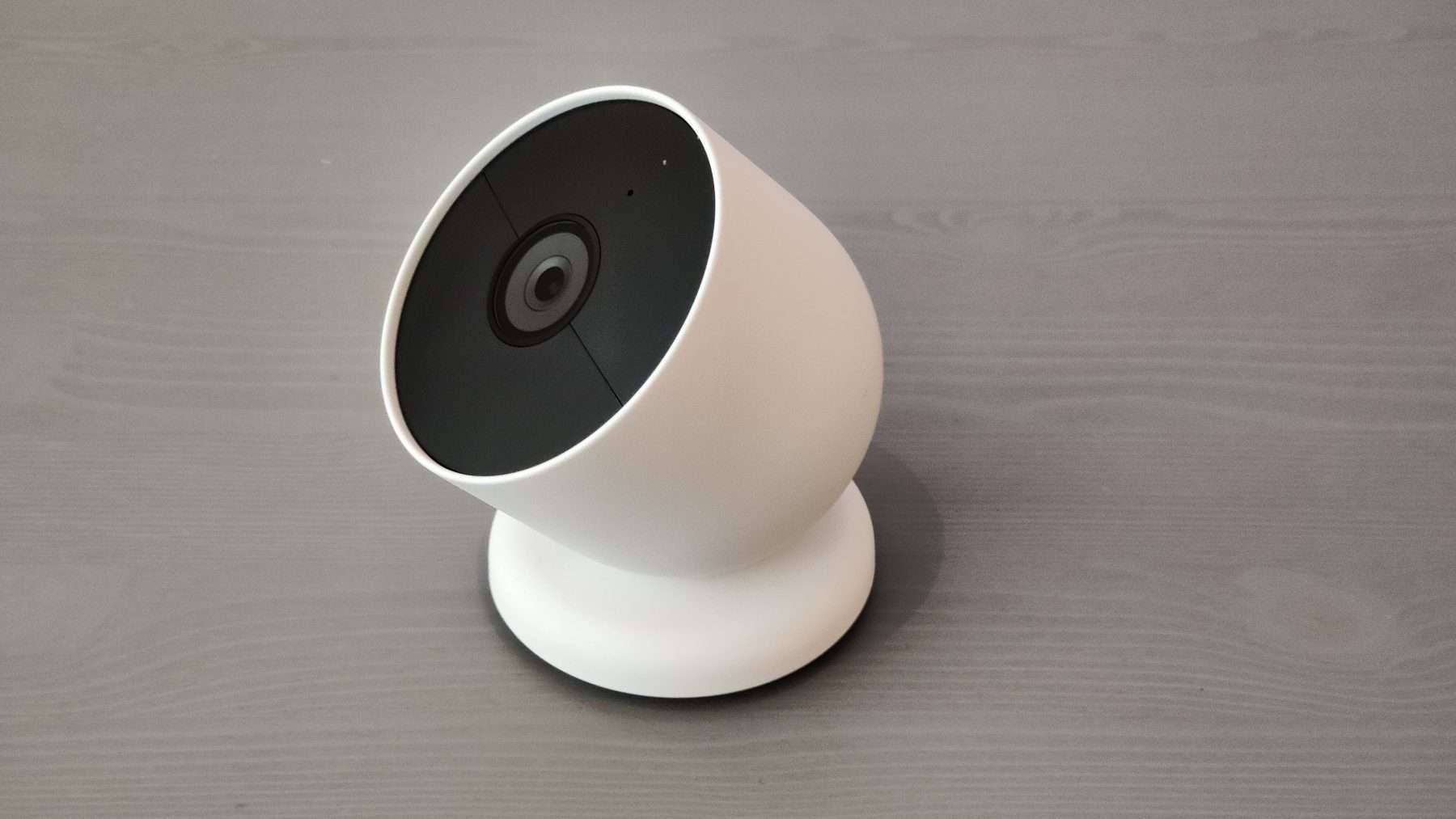 Along with its newly announced Nest Doorbell, Google also released the latest upgrade to its home security camera, Nest Cam. The Nest Cam (battery) is the first battery-operated camera from the company that follows the likes of Arlo and Ring in allowing more options on where it can be mounted without requiring mains power. So how does this new camera stack up to the competition?

The new Google Nest Cam (battery) is definitely designed in line with other recent Nest Cam devices. Its smooth, white exterior and large black camera housing front reminds me of Eve from WALL-E which isn’t a bad thing and just helps when you want the camera to blur into the background. 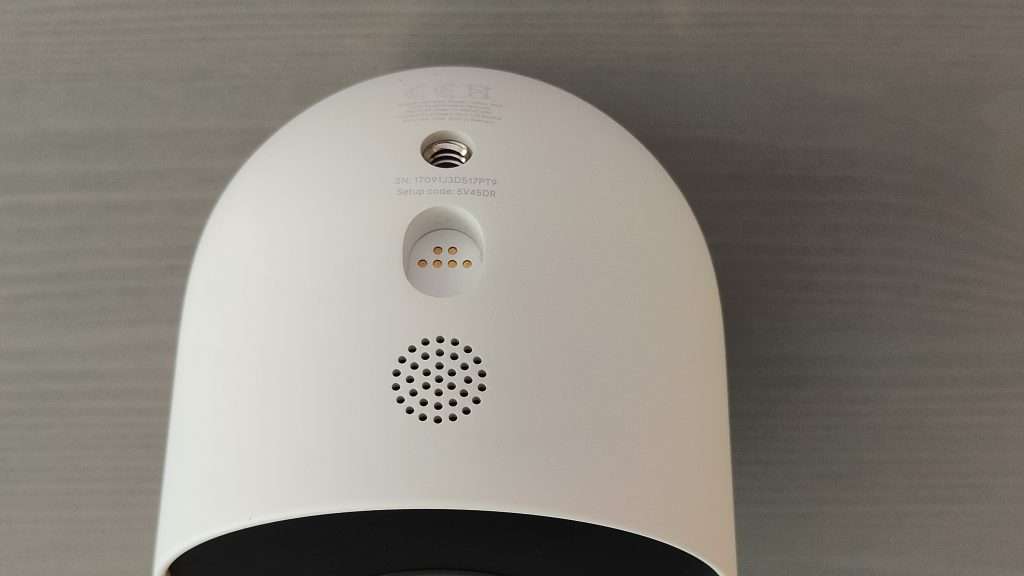 It’s also quite heavy, coming in at 398g, but that’s understandable given its large built in battery. Overall, it’s a very understated yet practically design and I’m a fan of it anyway. 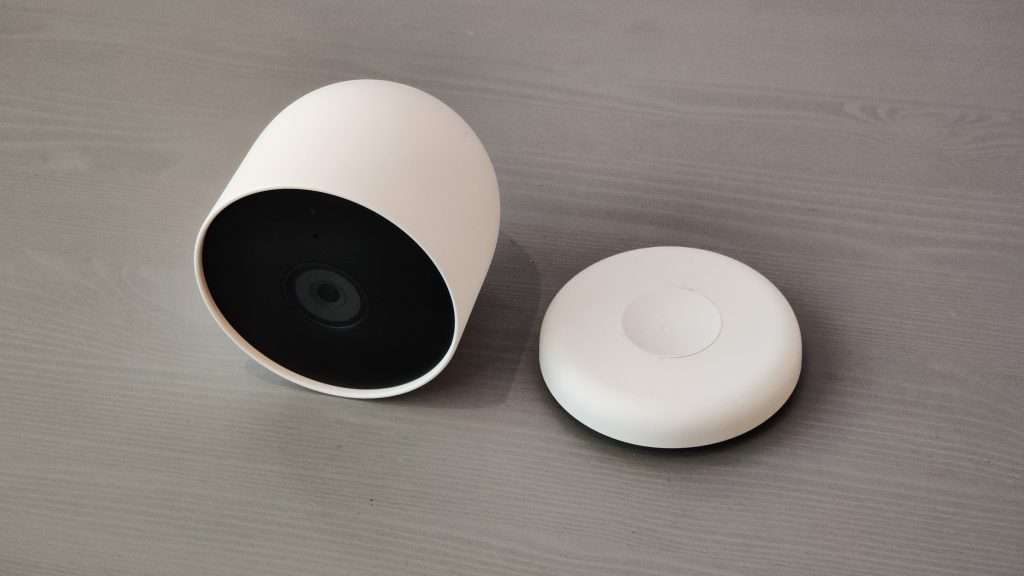 The Google Nest Cam (battery) with its magnetic mounting plate

Installing and setting up Google Nest Cam (battery) couldn’t be any easier with heaps of tips and tricks on how to install the camera and change the way it behaves when in and away from home. It can be used both indoors and outdoors, so the placement of where you need the camera isn’t limited.

There is a bracket included if you need to install it onto an external wall, as well as a weatherproof cable (from €35) and indoor stand (€35) that you can purchase separately and Google actually sent us the stand to test out. 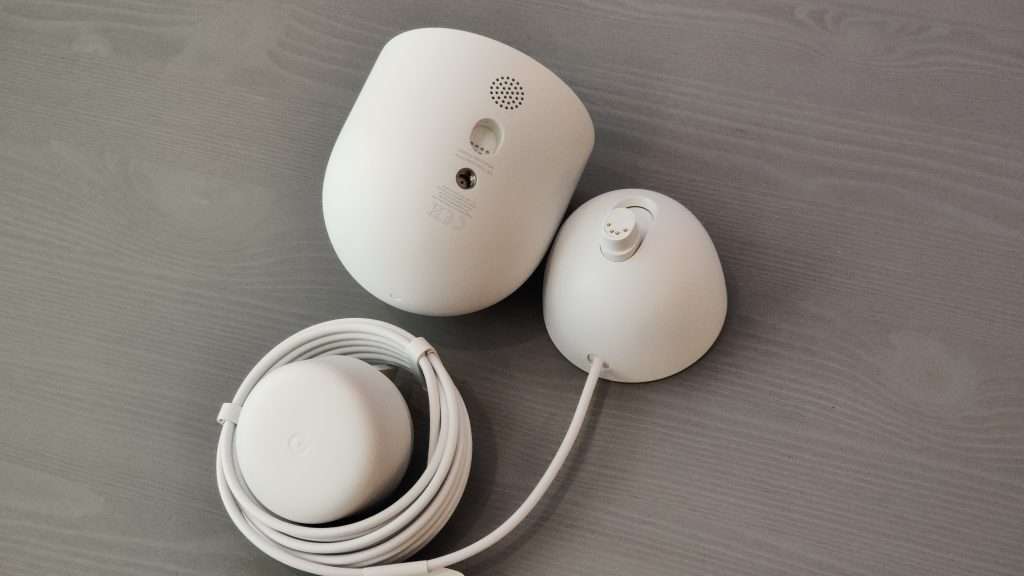 It’s obviously pretty straight forward what it can do – you can mount the battery powered cam onto the stand and connect it to the mains so you don’t have to worry about charging it. It’s also adjustable up and down allowing you to pitch the camera to get the best angle possible. 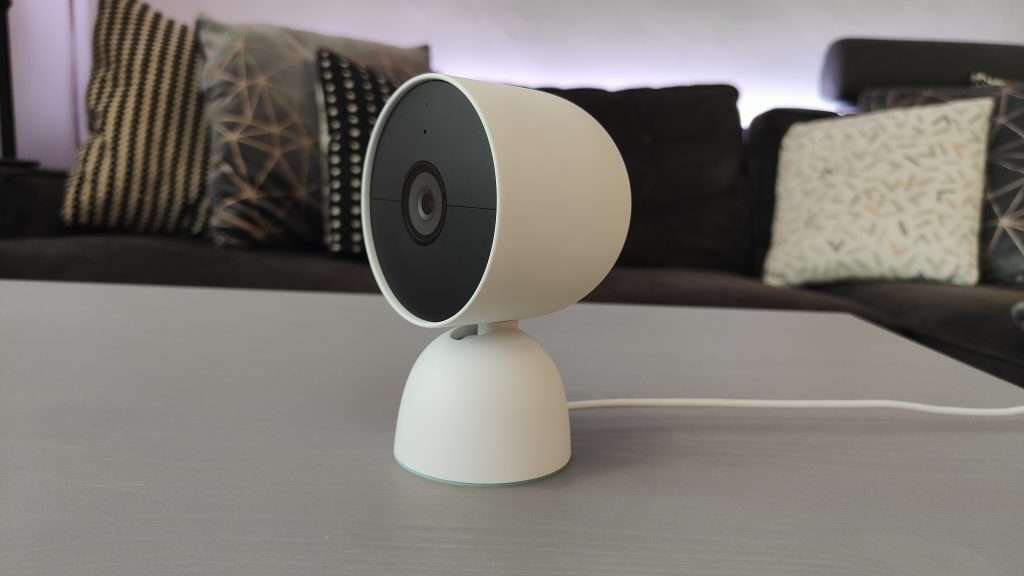 With the backing of Google, there is a lot of intelligence this time around with the ability to detect four object types including people, vehicles, animals and even packages that may be delivered. The new Nest Cam range also integrates with the Google Home app making one less app that needs to be downloaded and installed on your device.

Motion alerts will come through the Google Home app and all your Nest Cam devices appear within your Home feed. If you have any Google smart displays, you can use these to view your cameras at any time. This worked very well on my Google Nest Hub in the kitchen. 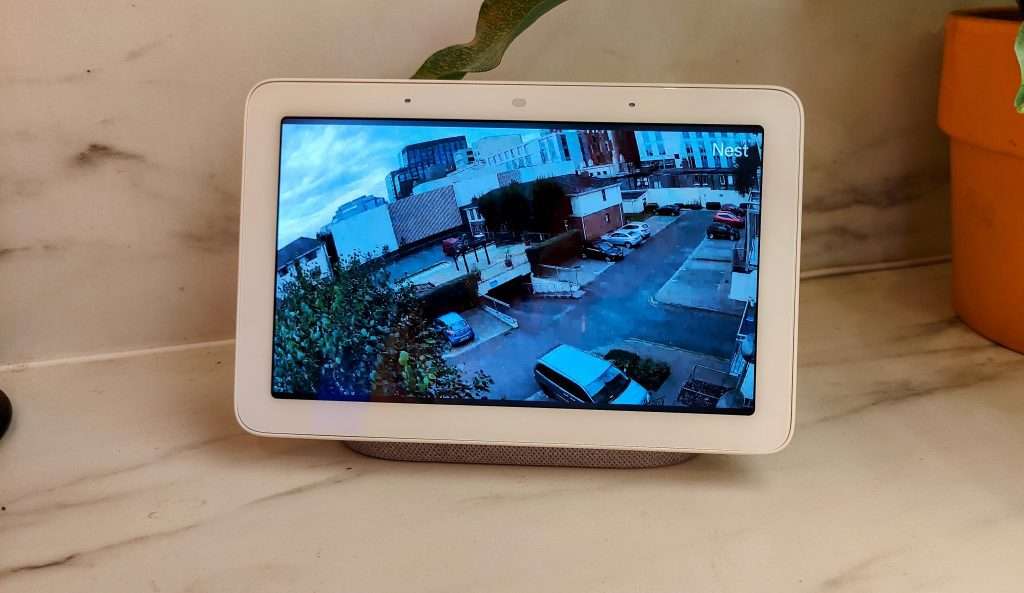 Another new addition is the ability to store videos for up to three hours once they’ve been recorded without the need for a subscription. This is a considerable improvement on the previous devices that only offered live view without a subscription.

However, once you upgrade to Nest Aware you’ll unlock 60 days worth of footage, continuous recording as well as a feature called ‘Familiar Face’, which allows you to add in people that you know. This can then alert you to when those people are captured on the camera. I wasn’t exactly able to test out this feature with other people who don’t live with me, however, it worked well for those who I was able to set up within the app.

Google Nest Cam performs very well in both indoor and outdoor situations with the image quality being fantastic and 6x zoom to get up close to certain details when you need to. You’ll be able to monitor a 130-degree field of view and keep track of things in low-light conditions as well. But there is no colour night vision.

Another great feature is Nest Cam’s ability to locally store up to 60 minutes of video if the battery dies or your WiFi connection goes offline. Once the connection is restored, any of this footage will be available in the cloud and viewable in the app.

We’ve only been testing the new Nest Cam a few weeks now so we haven’t actually been able to drain its battery just yet but the Google Home app is showing us 4 months of battery life remaining which is very impressive given the cameras compact size and feature set. We must note though, unlike some other security cameras, the battery within Nest Cam isn’t swappable. This means that you can’t keep a spare battery ready to swap out when it needs a charge. To get back to full charge it will take around five hours. That’s something to keep in mind. 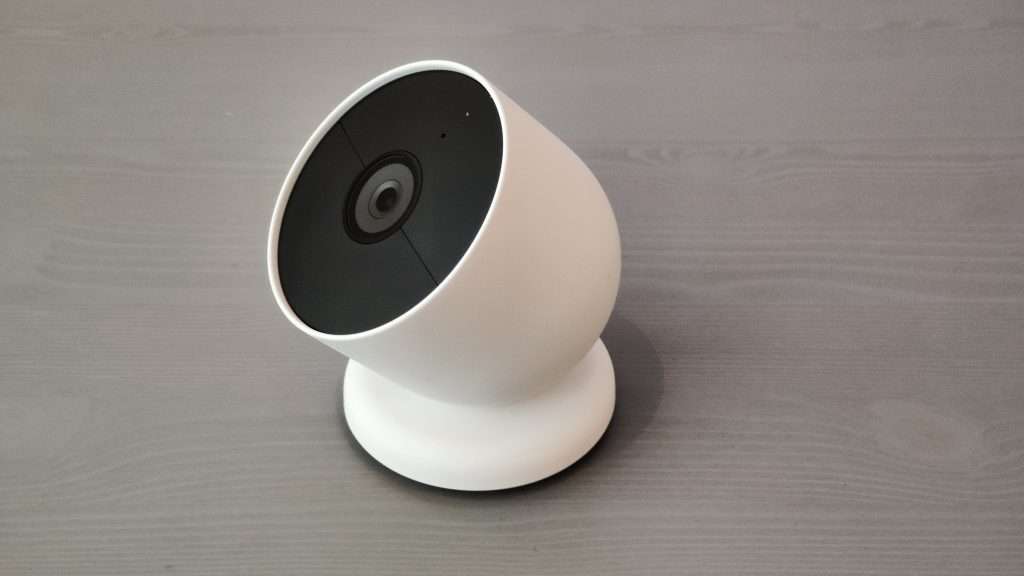 Google Nest Cam (battery) ticks a lot of boxes in the home security space. It offers great flexibility on where it can be installed, provides great video and audio quality as well as some clever smart technology (as long as you subscribe for it).

I love how Nest Cam will record locally if there’s an interruption to the WiFi connection, something I’ve found can affect my Arlo camera system from missing certain moments.

But that’s also where it stops because with Nest Cam you don’t have the option to record locally. It’s all cloud-based, and while you’ll get up to three hours of free footage you’ll need to purchase an ongoing Nest Aware subscription to get more options.

The Google Nest Cam (battery) is available now on the Google Store for €199.99 and the optional powered stand is available for €35 on the store also.

Google Nest Cam (battery) ticks a lot of boxes in the home security space. It offers great flexibility on where it can be installed, provides great video and audio quality as well as some clever smart technology (as long as you subscribe for it).