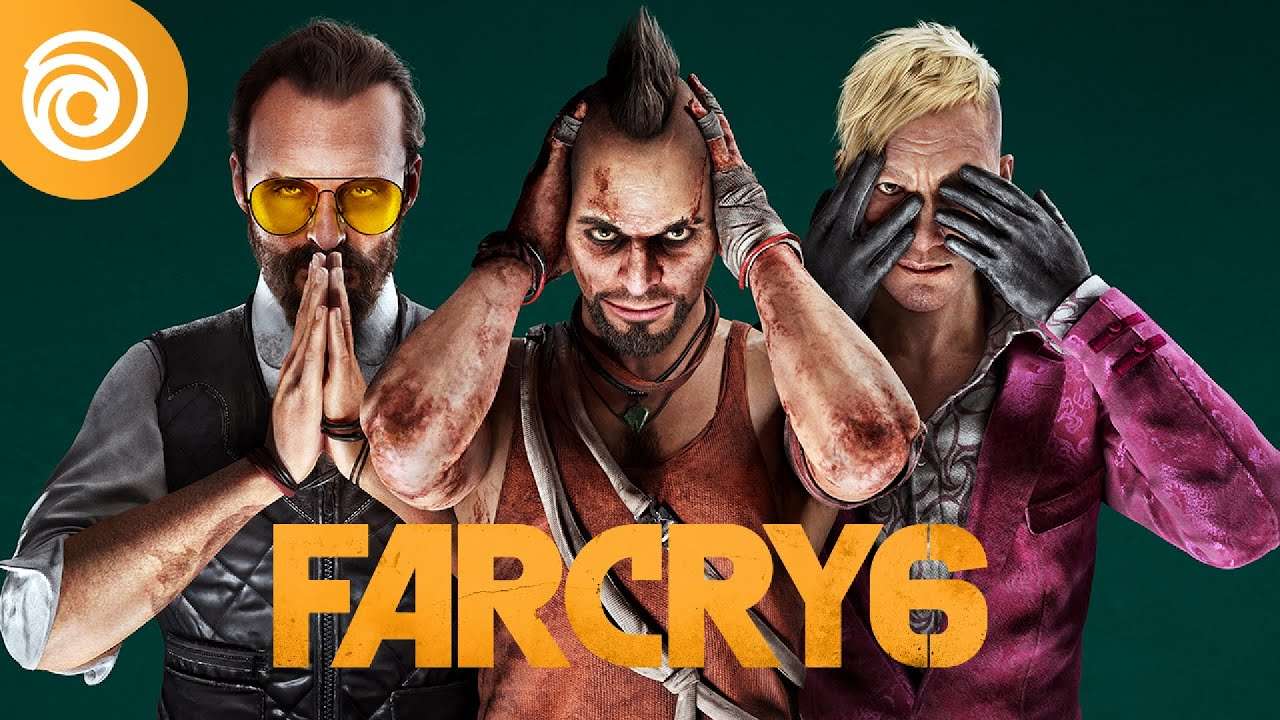 Ubisoft has unveiled the full Far Cry 6 post-launch plan. In addition to the Season Pass, which includes three DLC episodes where players will delve into the minds of legendary Far Cry villains, they’ve also revealed an extensive content roadmap to bring a steady stream of fresh content to the game following its release on 7th October, 2021.

With the Season Pass, players will take control of the series’ most notorious villains: Vaas Montenegro, Pagan Min and Joseph Seed – all played by the original cast. Over the course of three DLC releases, players will embody a different villain struggling to escape the horrors of their own minds in a brand new “die and retry” experience inspired by the roguelite genre.

Starting with nothing more than a pistol to defend themselves, players will need to find new weapons and unlock power-ups to become stronger and progress deeper into the depths of the villains’ psyches. Blending intense action and storytelling, each DLC will provide a unique opportunity to better understand each villain’s past, personal demons and motivations. 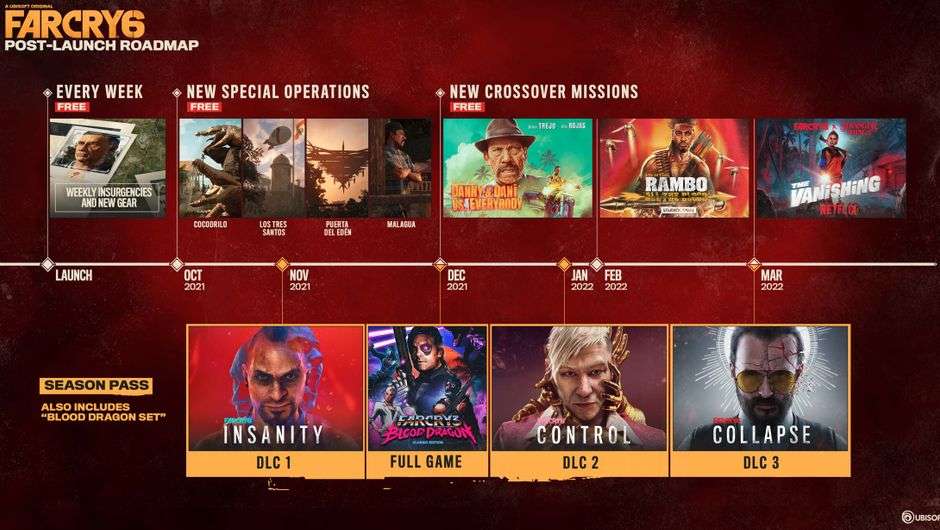 Three DLC episodes, playable solo or co-op with a friend – even if they do not own the Season Pass.

Additionally, aside from the Season Pass, owners who just pick up the main game can expect a stream of regular, free content, expanding on the Far Cry 6 universe after the release of the game. Playable in solo or two-player co-op, this additional content will include: 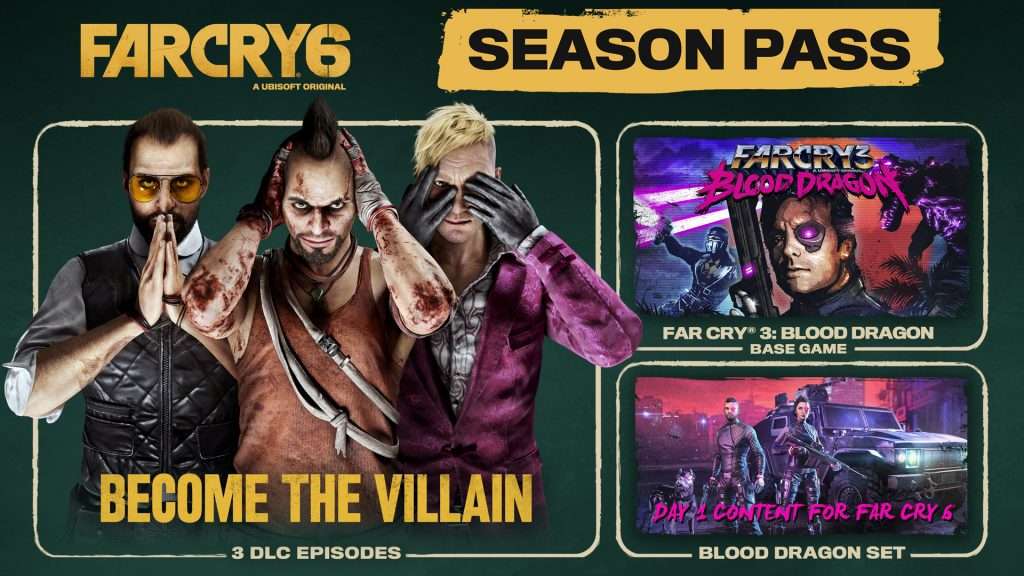 If you’re not up to speed on what the latest installment of the Far Cry franchise is all about, Far Cry 6 is an open-world first-person shooter that plunges players into the heart of a modern-day guerrilla revolution. On the island of Yara, President Antón Castillo vows to restore his nation to its former glory while grooming his son Diego to follow in his footsteps.

Yet, paradise comes at a cost and enriching his country means subjugating those who don’t follow his vision. Players will take up the cause to liberate Yara as Dani Rojas – a local Yaran and military drop out – tries to escape Yara but ends up joining revolutionary group, Libertad. As Dani, players will experience the adrenaline and chaos of “resolver” guerrilla combat, Far Cry style, with the most creative and innovative arsenal yet.

Far Cry 6 will release worldwide on 7th October, 2021, on Xbox Series X | S, Xbox One, PlayStation 5, PlayStation 4, Stadia, Amazon Luna and for Windows PC on both the Epic Games Store and the Ubisoft Store, as well as on Ubisoft+, Ubisoft’s subscription service.