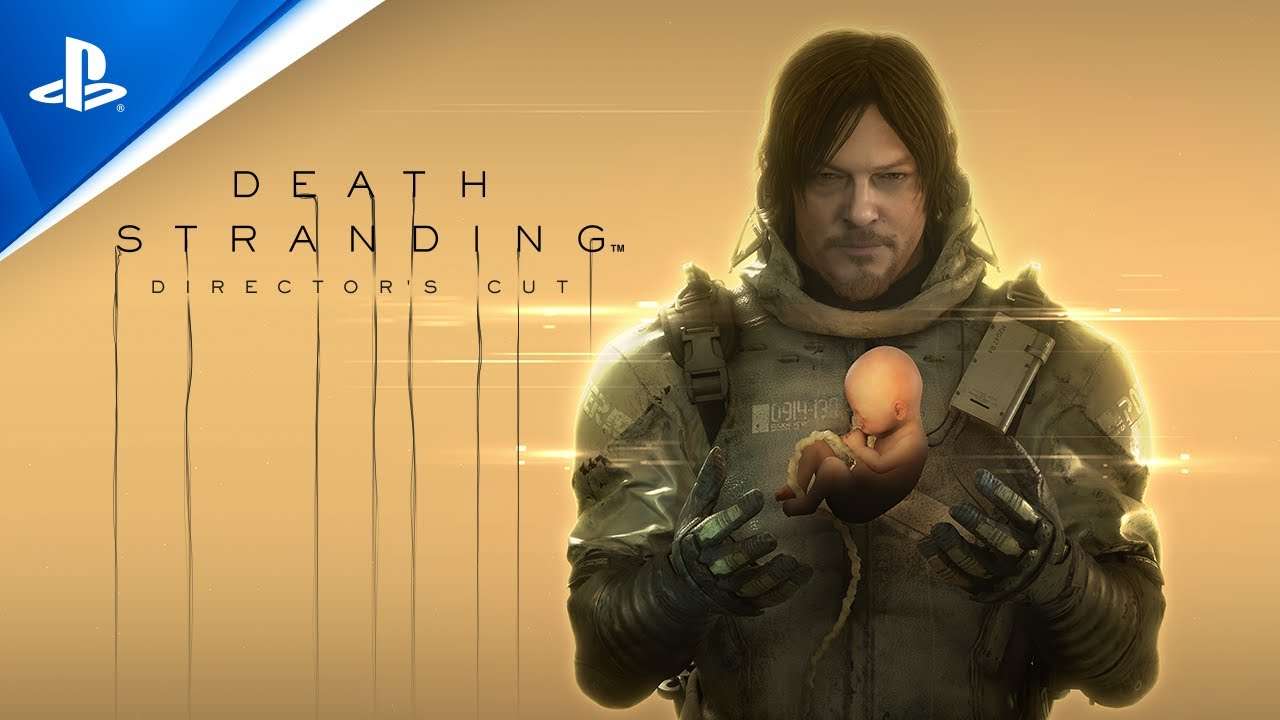 I’ll admit, I was one of those people who wasn’t sure what Death Stranding was when it was first released back in late 2019. Obviously, enough time has passed that we are now at a point where they felt a ‘Director’s Cut’ was required and I’m suitably intrigued by the updates so I thought it was time to check it out. But let’s get the elephant in the room out of the way, to get the most of this on your PS5, and you already have Death Stranding, you will be charged a fee, approx. €10, to unlock the new Director’s Cut features. Whether that is right or wrong is for another time.

For the purposes of this review, we’re mainly going to focus on what new features and updates gamers can expect with this new ‘Director’s Cut’ of the game but, if you’re interested in the larger narrative involved and how it looks and plays in PS4, we’ve reviewed the original release here.

The most obvious PS5 Upgrade is the new graphics modes. There will now be two visual modes offered: upscaled 4K and up to 60FPS with HDR via Performance Mode, or native 4K with ultra-wide and HDR support in Fidelity Mode. Flicking back and forth between modes, we have to say, we much preferred the Performance Mode. This game is made for smooth 60FPS, I know it’s upscaled, but it’s done so well, we preferred it over the lower FPS Fidelity Mode.

Honestly, we’re not entirely sure how the game looks this good. It’s based on the Decima Engine created by Guerrilla Games, which is a fantastic engine and we all know how good Horizon Zero Dawn look, but Death Stranding: Director’s Cut is easily one of the best looking games out today. It constantly took my breath away during gameplay and cutscenes and it definitely impacted how involved I felt with the game because of it. We’re very excited to see what happens to games, visually, over the coming years if this is the start of the ‘next generation’ really. 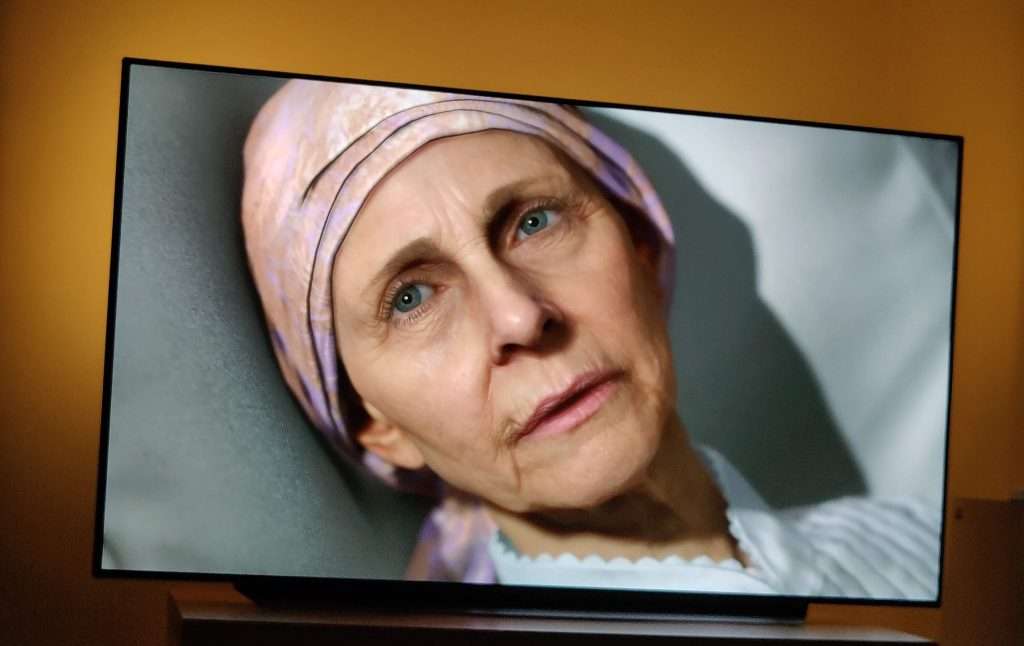 Photo taken of the game on my TV. Yes, it looks this good.

The game has been greatly enhanced on the PS5 by taking advantage of Sony’s DualSense controller. One of the first ways you’ll feel the difference is the L2 and R2 triggers should feel heavy depending on the amount of cargo Sam carries on his respective shoulders.

The haptics have also been enhanced and walking over various terrains should feel a little unique, resulting in a slightly, if not a drastically different experience. 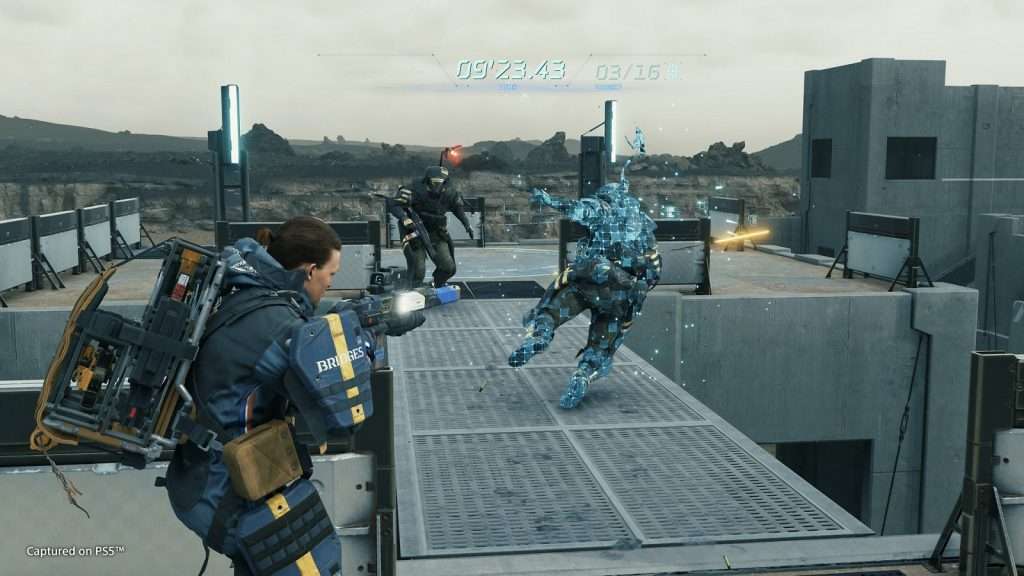 What Else is New?

On top of the visual upgrades and the new use of the hardware, there are also a bunch of new enhancements to make the walking simulator, sorry, I mean Death Stranding more enticing to new players (and maybe get other players back into the game). These include the following new features and enhancements:

The Director’s Cut also adds more online functionality like Friend Play and Leaderboards so you can take on your mates in the motorcycle time trials on the new race track. Does it make sense in the overall narrative and world of Death Stranding? No, is it a bit of fun? Absolutely!

The additional traversal support is definitely welcome too as many, including Mark, who originally reviewed the 2019 title, felt getting around the world was overly arduous and just not fun. The Buddy Bot is one of the highlights and almost adds a companion character to your adventure, albeit, a mute one.

Another welcome upgrade and one which improves the games combat sequences is the new weapons that are included in this version. Speaking of weapons, Kojima Productions even went to the effort of including a new firing range to test out the new weapons and, as mentioned above, allowing you to compete for the highest score amongst your friends and other Death Stranding players.

If you skipped Death Stranding when it came out originally, but you were interested in it, the Director’s Cut is the perfect excuse to either jump in for the first time, or dust off the game save and see what’s new on the PS5.

You can find out more about Death Stranding Directors Cut here: https://www.playstation.com/en-in/games/death-stranding-directors-cut/