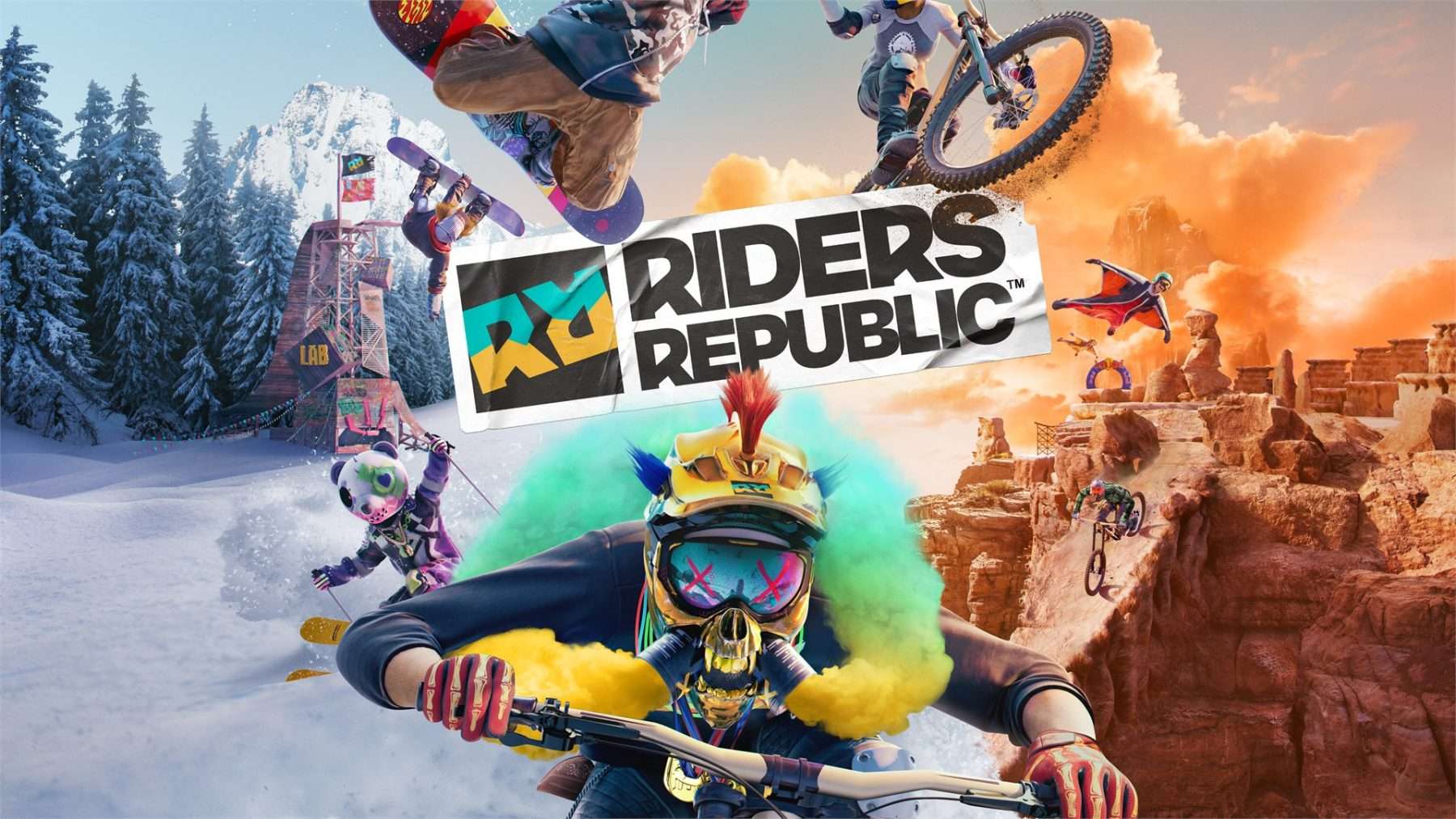 Rider’s Republic is a brand new game from Ubisoft, imagine – something new in 2021! Rider’s Republic aims to take the best of Ubisoft’s strengths and lend them to the world of extreme sports but does it work? Let’s find out.

Based across a huge open map, Rider’s Republic features a ton of ways to traverse across it. From Bike to Snowboard, Skis and Jetpacks and more you’re never stuck for options and it really opens up a ton of possibilities. One of the coolest moments that you’ll find is in some of its bigger events it’ll throw multiple sports at you. One minute you’ll be riding down a mountain and the next, you’ll be in a jet suit flying across Yosemite. There are no other words for it, it’s just cool. It’s also packed with people with up to 50 players in a race on next-gen consoles and you’ll see hundreds of players across the map and jumping over you as you race. 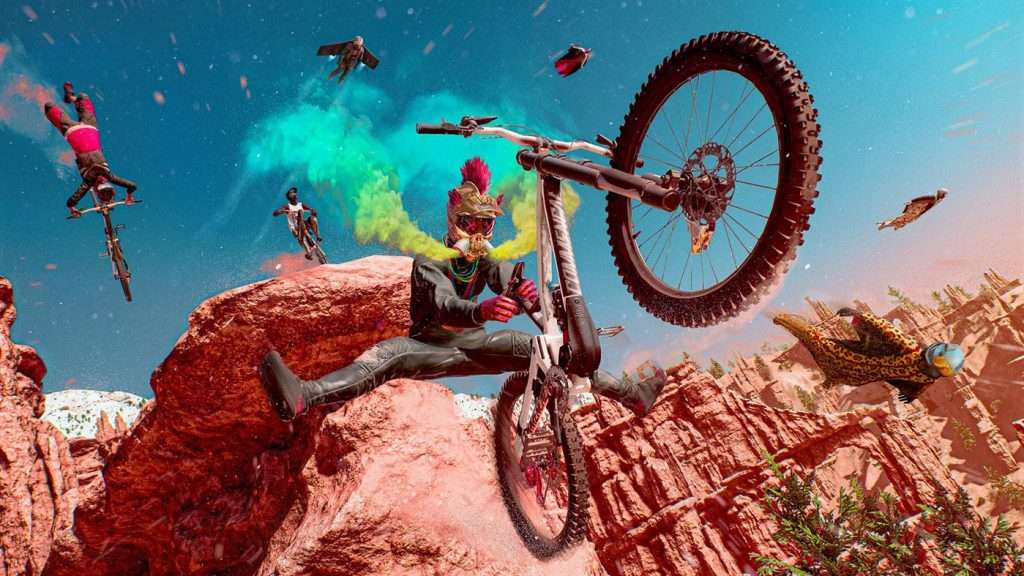 Ubisoft’s strengths are in creating huge open worlds with tons of character and even more to explore and that’s exactly what you’ll find in Rider’s Republic’s open world. Its one open-world map that has several biomes representing national parks across the west coast of the United States. Each is very different, from leafy woods to dusty mountains and snowy mountain tops and it works very well indeed. Graphics-wise, the game is ambitious with its huge map that is so densely detailed that even on an Xbox Series X, it can have minor pop-in issues and lower resolution textures off the beaten path but frame rate-wise, I never felt any issues. 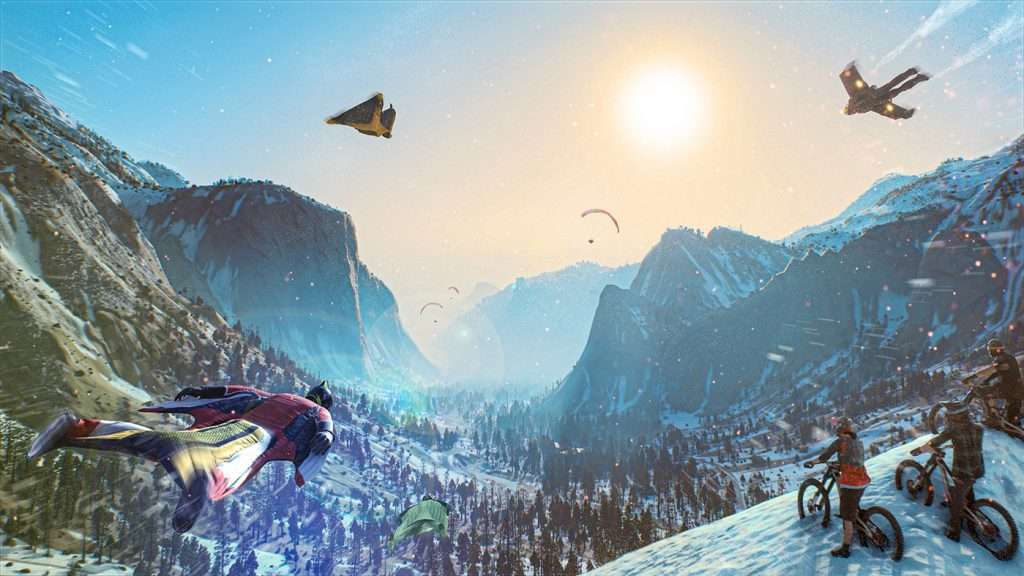 That came in very handy with just how fast you have to give the game inputs. Going 100 KMPH might not sound too fast if you’re driving down the M50 or you’ve been playing Forza Horizon 5 for the last week but Rider’s Republic really captures the speed of downhill racing so you need razor-sharp reflexes. Thankfully the game makes it easier for newbies too with adjustable difficulty levels, controls, and a backtrack (rewind) feature with a nice nod to Watch Dogs in there. 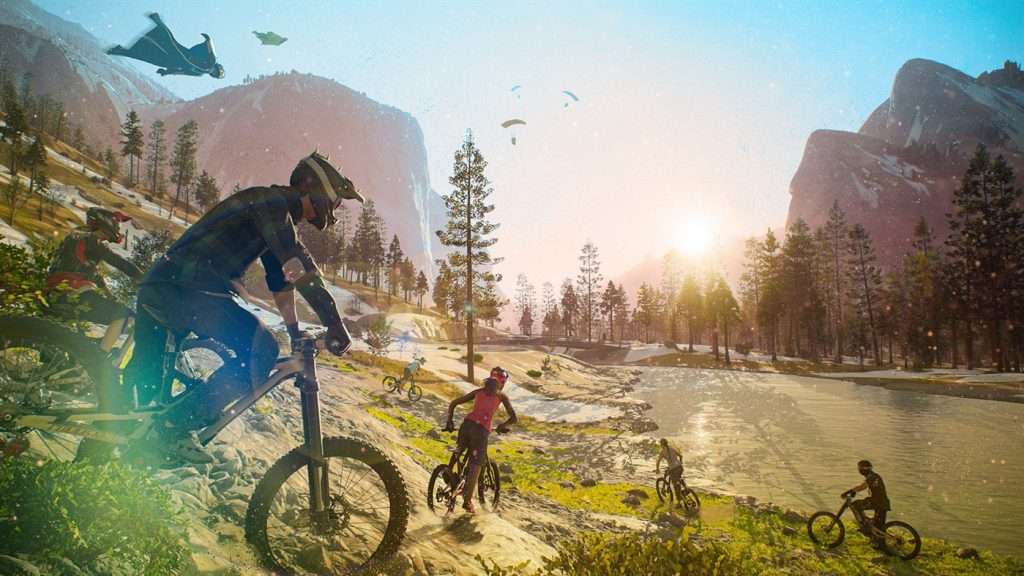 Rider’s Republic is the kind of game you can only scratch the surface of. It really does feel alive with so many people and players across the map and so many events to do and unique attractions to go and visit. It also lets users create their own events too and there are regular content drops and events. If you’re looking for a game to lose yourself in, this might be the one. While racing is where the game shines, trick-based modes are where the game feels like it needs more work. It builds on Ubisoft’s previous snow-based game ‘Steep’ with multiple control modes but after a while with the game, I’ve still not mastered either one and it’s not for the fault of trying. Trying to land rotation-based tricks with the most basic assists off is a difficult beast to master. You accelerate using the triggers and they’re used for grabs too, this means you can find yourself accidentally triggering a trick on a small jump and tracking. 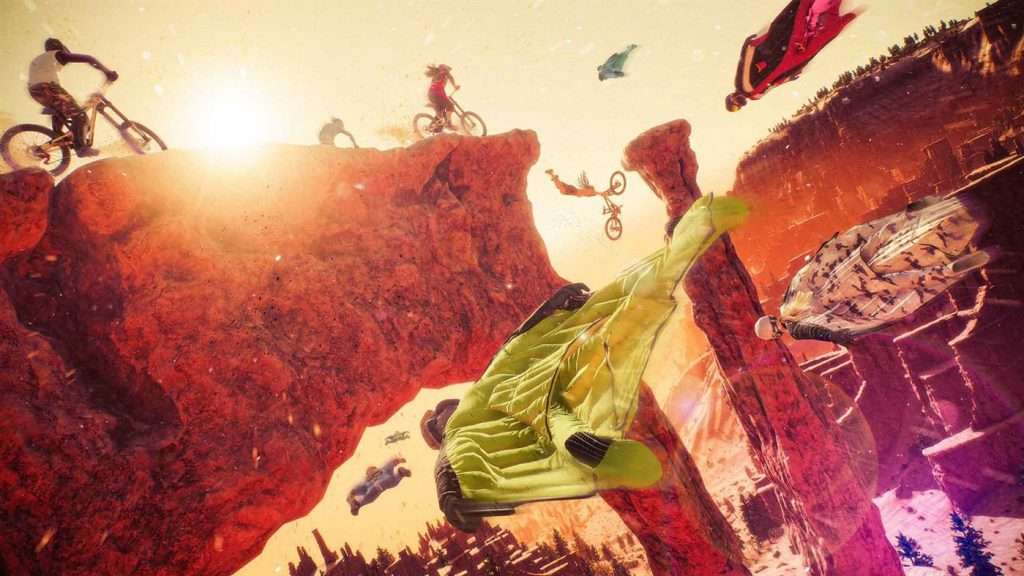 In the game’s career mode, there’s plenty to keep you engaged. Just try and skip some of the cutscenes. It’s painfully cringy but if you can get past it, there’s so many sports to perfect and milestones to hit. Taking some inspiration from Forza’s big event-based races, you’ll be able to join big events like the Red Bull Joyride or the X Games. Once you’re bored too, there’s so much to do in multiplayer to keep you busy. With a social hub to meet up with friends, you can plan your rides or join in on regular events. 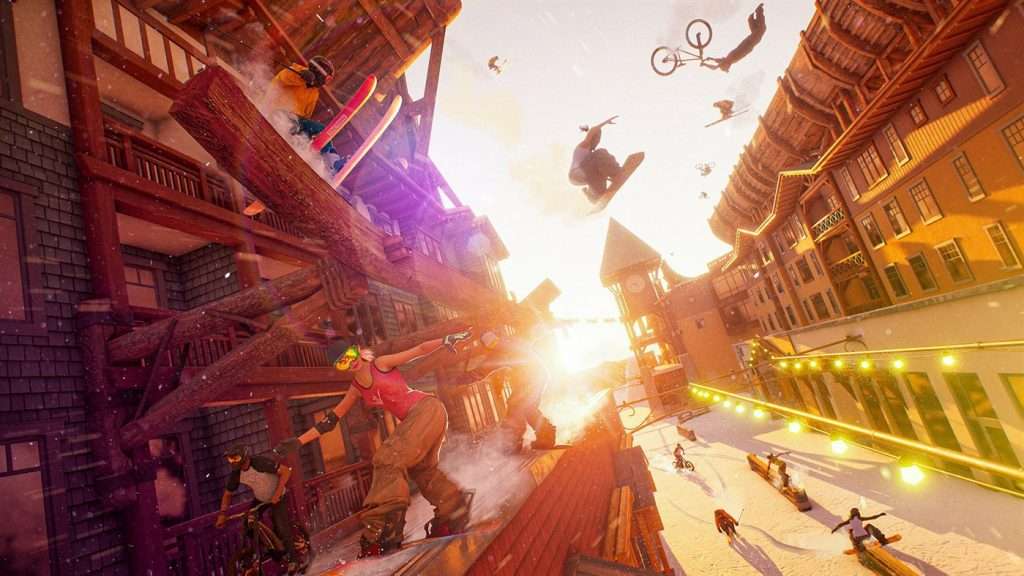 Honestly, I had such a good time with Rider’s Republic. While it doesn’t quite capture the sheer arcade fun of SSX, it really does offer something new. Next time out, I’d love to see a bigger focus on refining the tricks system and offering a reward for them all the time – charging up the boost functionality is a no-brainer for me. A more authentic story/characters and some better options for music would go a long way in addressing some of my minor complaints but that’s about it. I’m about to go ride down a mountain in an inflatable giraffe costume – you should join me!