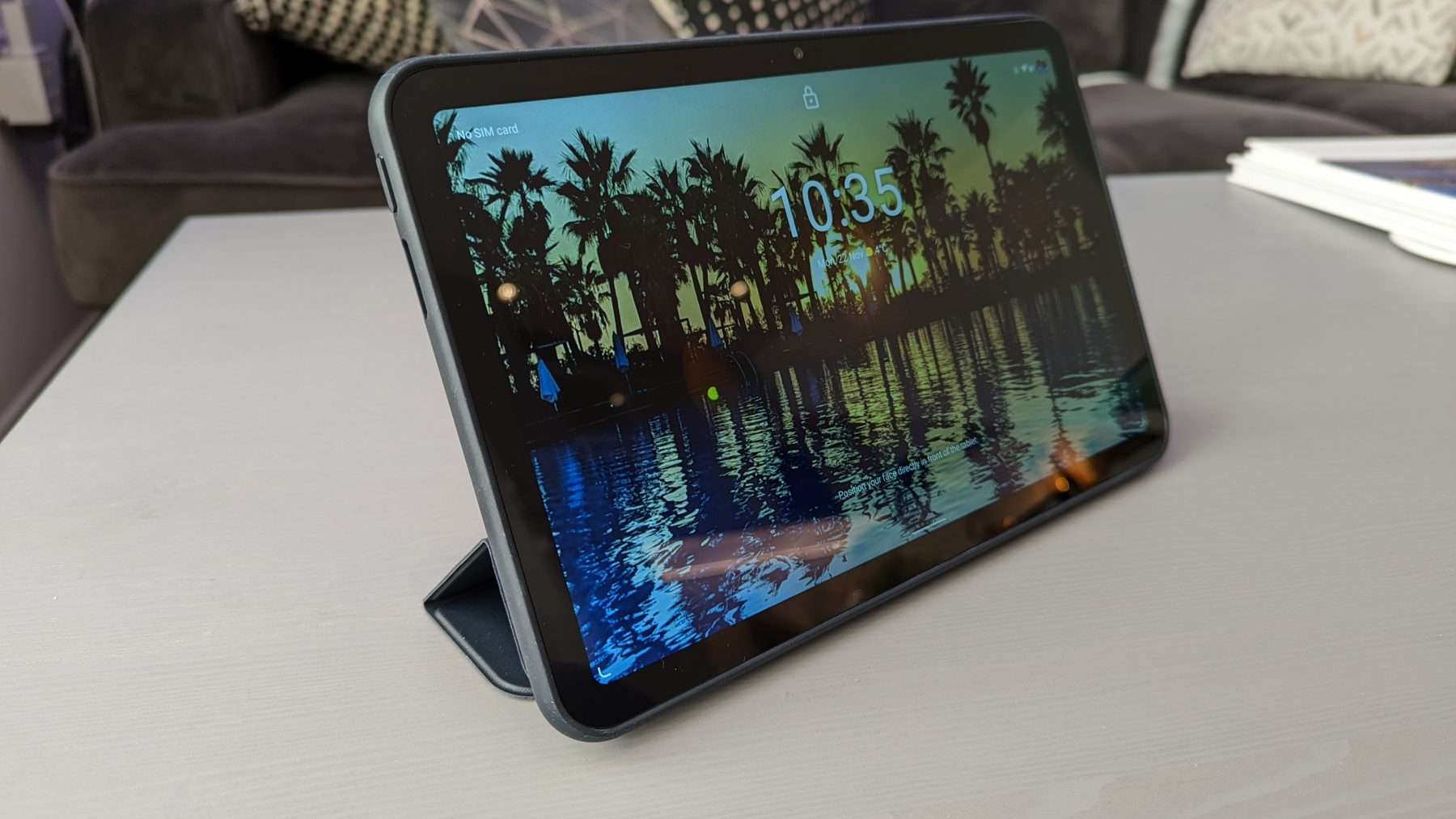 Tablets and their actual uses in everyday life have always been a funny one. While Apple somehow managed to change the narrative around iPads and how productivity they can be in the past few years, the existence of Android tablets has always puzzled me. But the pandemic has put the spotlight back on ‘affordable’ tablets and created a strong use case in the online education space along with just having another screen in the home for people to consume their favourite media on. With its impressive price point and decent specs, the new Nokia T20 succeeds where it should make the most impact, while still keeping the price low enough for the masses to afford a device like this. I’ve been using the HMD Global’s Nokia T20 for a few weeks now and here is what I think. 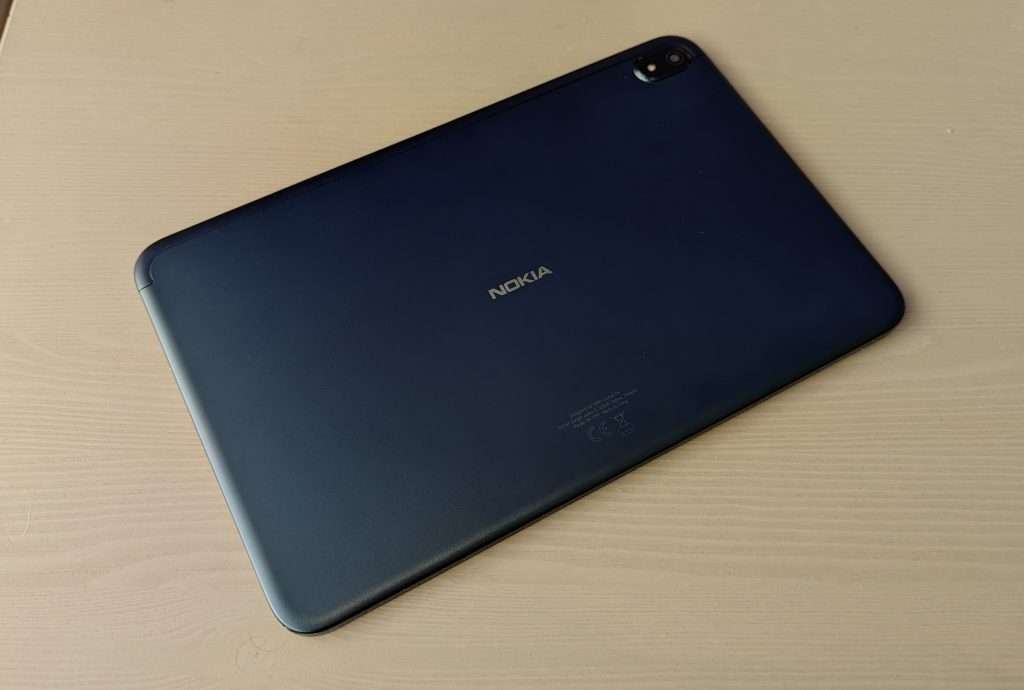 HMD Global has given a modern look to the Nokia T20, making the design relevant at least for a few more years. The tablet is soft to touch, has curved edges, and is constructed out of aluminum. If you use a tablet as a consumption device – to read books, browse the web or watch Netflix, which I assume is the reason why you would want to pick up the Nokia T20 – it’s a great device, easy to hold with one hand.

It’s quite thin, so I can easily slide this into my bag. The power button is placed on the top and the volume rocker right next to it on the top of the right edge. This type of button placement works both in horizontal and landscape usage. HMD Global also minimises bezels to maximise the screen size. The gesture navigation works beautifully on the Nokia T20, as I felt the experience is similar to what you get on Android smartphones. 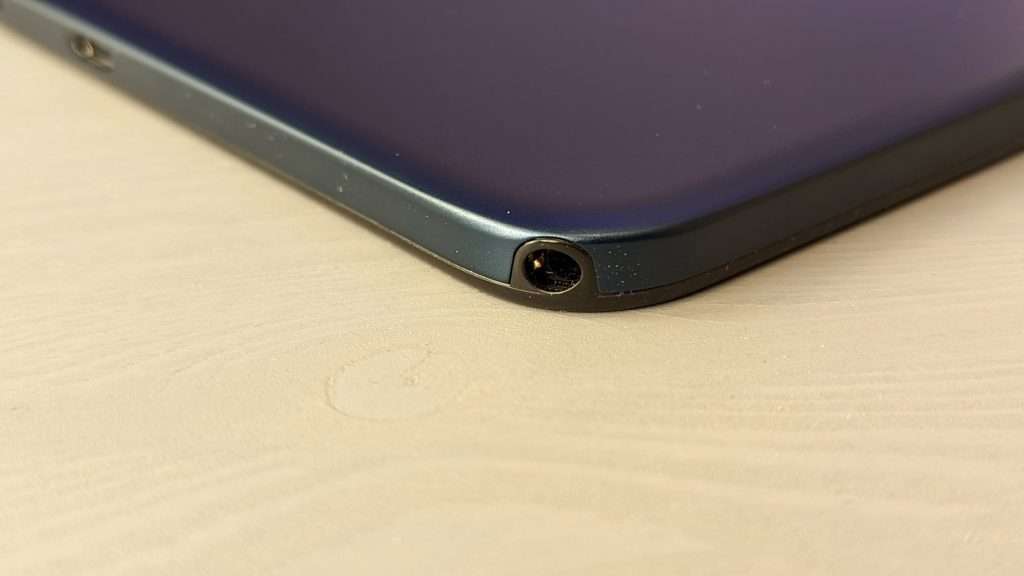 The back of the tablet is minimalistic, with just the Nokia branding adorning the rear. You also get a single 8MP camera, which is helpful in exploring features like Google Lens and educational apps that take advantage of augmented reality. The 5MP front-facing camera makes video calling easy and convenient. Nokia also supplied the accompanying Rugged Case which definitely seems like it could take a knock or two and protect your tablet in the process. 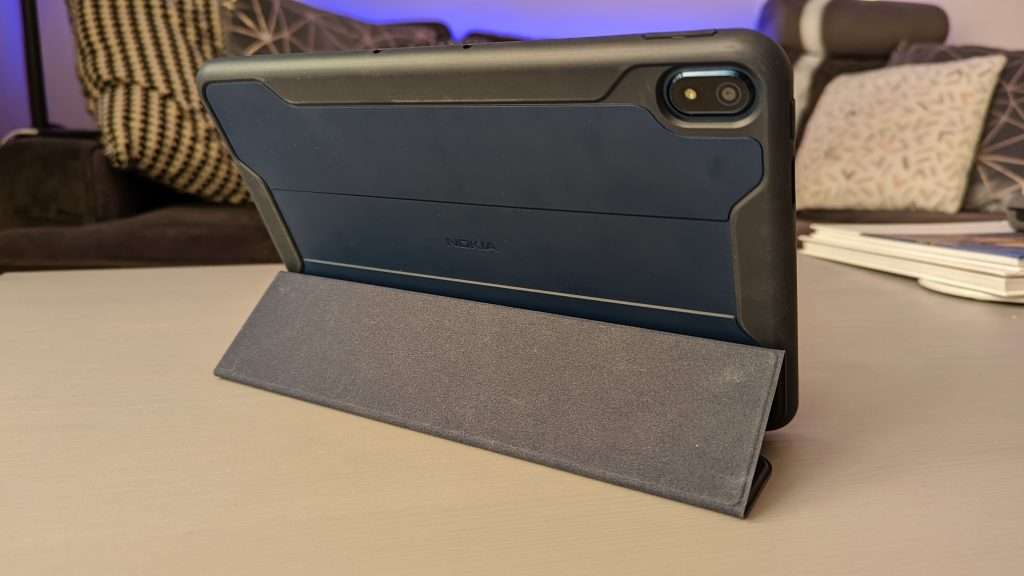 Its folding front panel allows it to turn into a makeshift stand like other tablet covers we’ve seen in the past and it definitely does a great job of giving you peace of mind if younger members of the family are flinging the tablet around the place or into their backpacks. 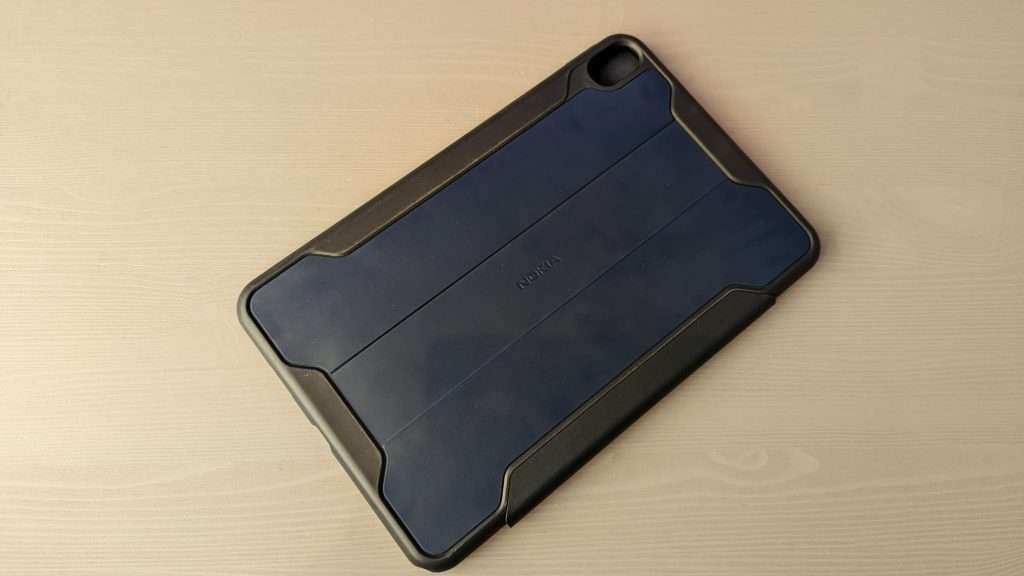 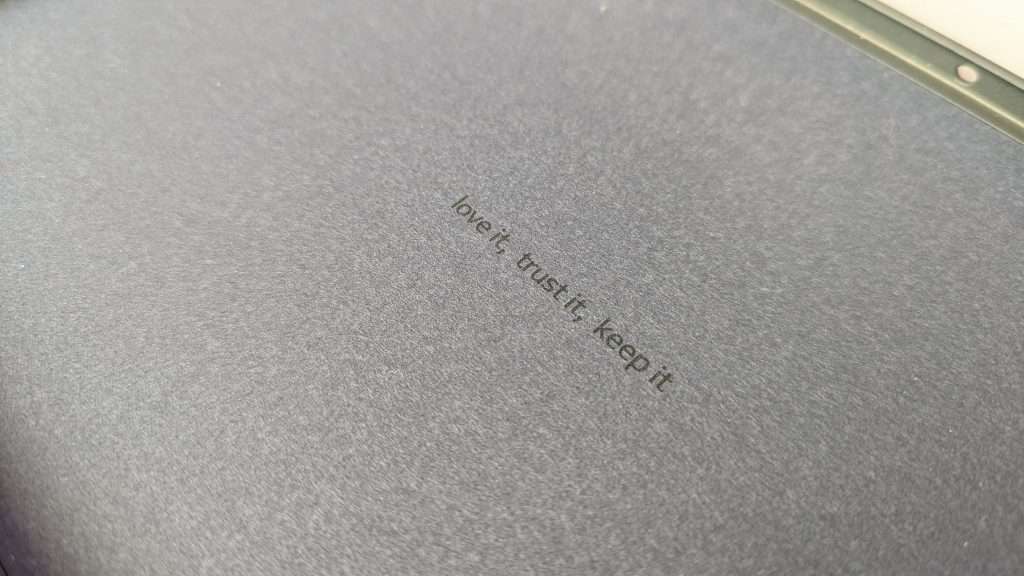 The 10.4-inch screen has a pixel resolution of 2000 x 1200, with a maximum brightness rate of 400 nits. The display is certainly good for the price range. It’s not suitable for creative tasks such as photo editing but I had no trouble watching movies and reading e-Books on the Nokia T20’s screen. My only issue with the display is the inconsistent auto-brightness feature. The tablet’s display keeps dimming even when the auto-brightness is turned off. I hope this can be fixed via a software update. 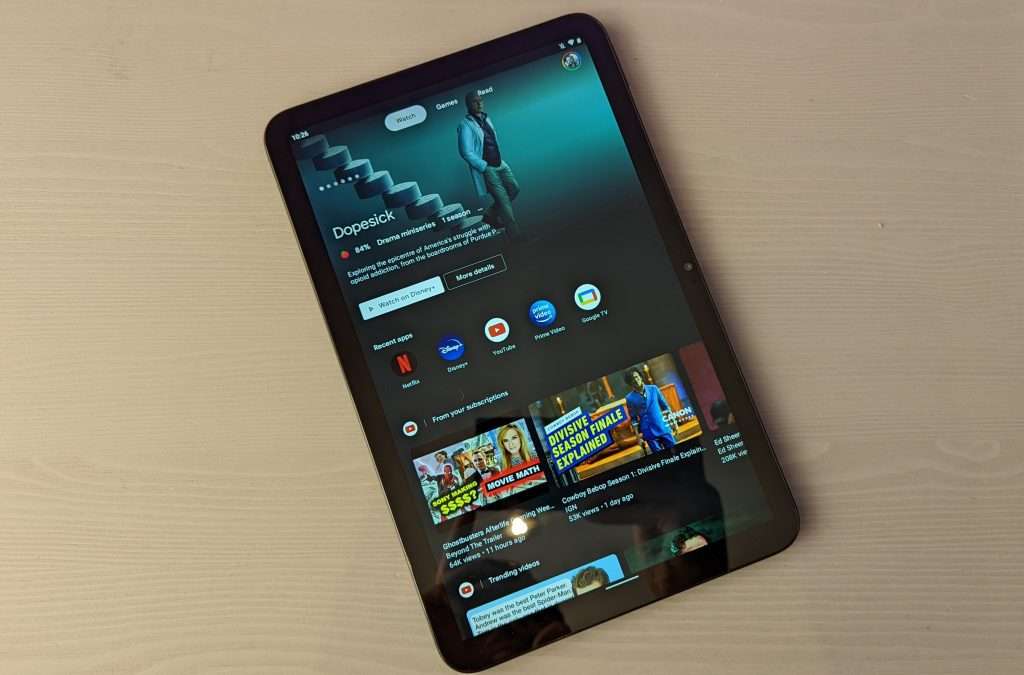 The Nokia T20 has two speakers that sound loud and clear. They aren’t as good as the ones on the iPad Air (2020). To most people, this isn’t much of a big deal since they can always plug in their regular headphones or wireless earbuds for a better listening experience anyway. 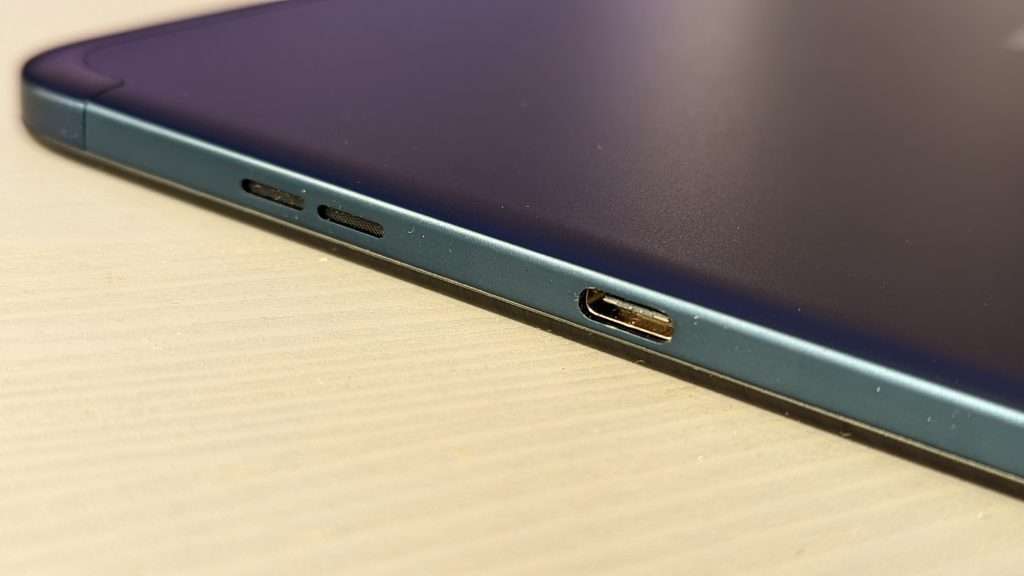 The Nokia T20 is powered by the Unisoc T610 system-on-chip, which is equivalent to something like the Snapdragon 600 series. Performance-wise, I don’t see a huge difference between the Nokia T20 and other tablets running on a Snapdragon processor, which is impressive.

To my surprise, everything was snappy, from running the most used apps such as Facebook and Twitter to something like Fortnite. The Nokia T20 has enough power to run anything you want to do on a tablet, be it emailing, running kids-focused apps, playing light games, or just browsing the web. The tablet is available in two configurations, one with 3GB RAM and 32GB storage and the other with 4GB RAM and 64GB storage. The latter variant, which costs a little more than the base version, comes with 4G support. Both variants have a microSD card slot for memory expansion. If you plan on downloading a lot of content and games for the younger ones in your house, you might want to pick up and MicroSD card to help store it all as even the 64GB model wouldn’t take long to fill up.

Android is not the most fluid operating system for tablets, and Google knows it well. With the Nokia T20, you are getting Android 11 with no customised touch added to improve the user experience. The software is essentially the same as that on other Android smartphones.

The tablet does come preloaded with Google Kids Space, which opens a new way to experience content tailored for kids. As HMD Global always promises with its devices, you get 2 OS updates and 3 years of security updates included. 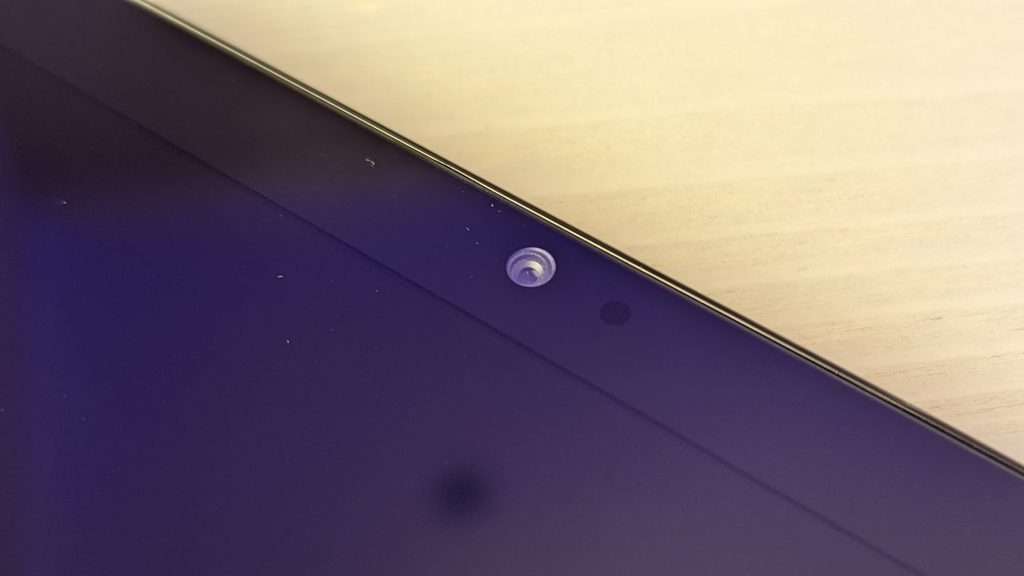 The battery lasted roughly about 11 hours on a single charge. This is a fair bit shy of the 15 hours claimed by the company but I do think the battery will last slightly longer if you’re using the device for less intensive gaming sessions and productivity tasks. Given the battery’s large size, coming in at 8200mAh, it takes over 3 hours to fully charge the T20 with the included 15W USB-C power adapter. We do wish the device was capable of faster charging speeds but we imagine including this tech would have increased the overall price of the device so Nokia were strategic in where they saved costs.

With the Nokia T20, you can seen a device that has been purposefully designed. Its positioned as the perfect option for those looking to for an additional screen in the home for the younger generations to help with e-learning, due to the global pandemic. The Nokia T20 may be a budget tablet but it feels right for the price. 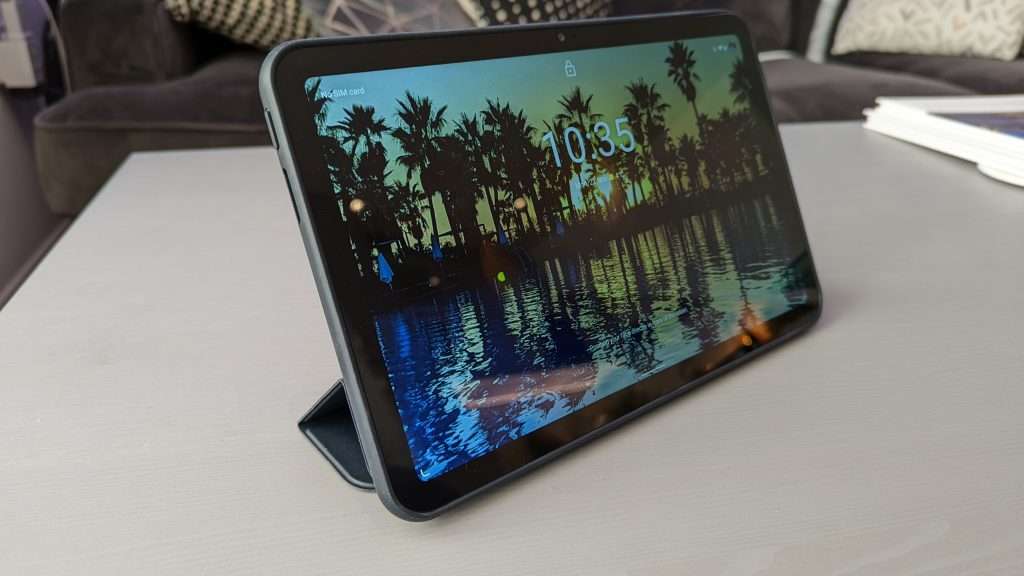 With the Nokia T20, you can seen a device that has been purposefully designed. Its positioned as the perfect option for those looking to for an additional screen in the home for the younger generations to help with e-learning, due to the global pandemic. The Nokia T20 may be a budget tablet but it feels right for the price.

Master & Dynamic is a New York-based premium audio company who started around the same time TheEffect.Net was set up.…