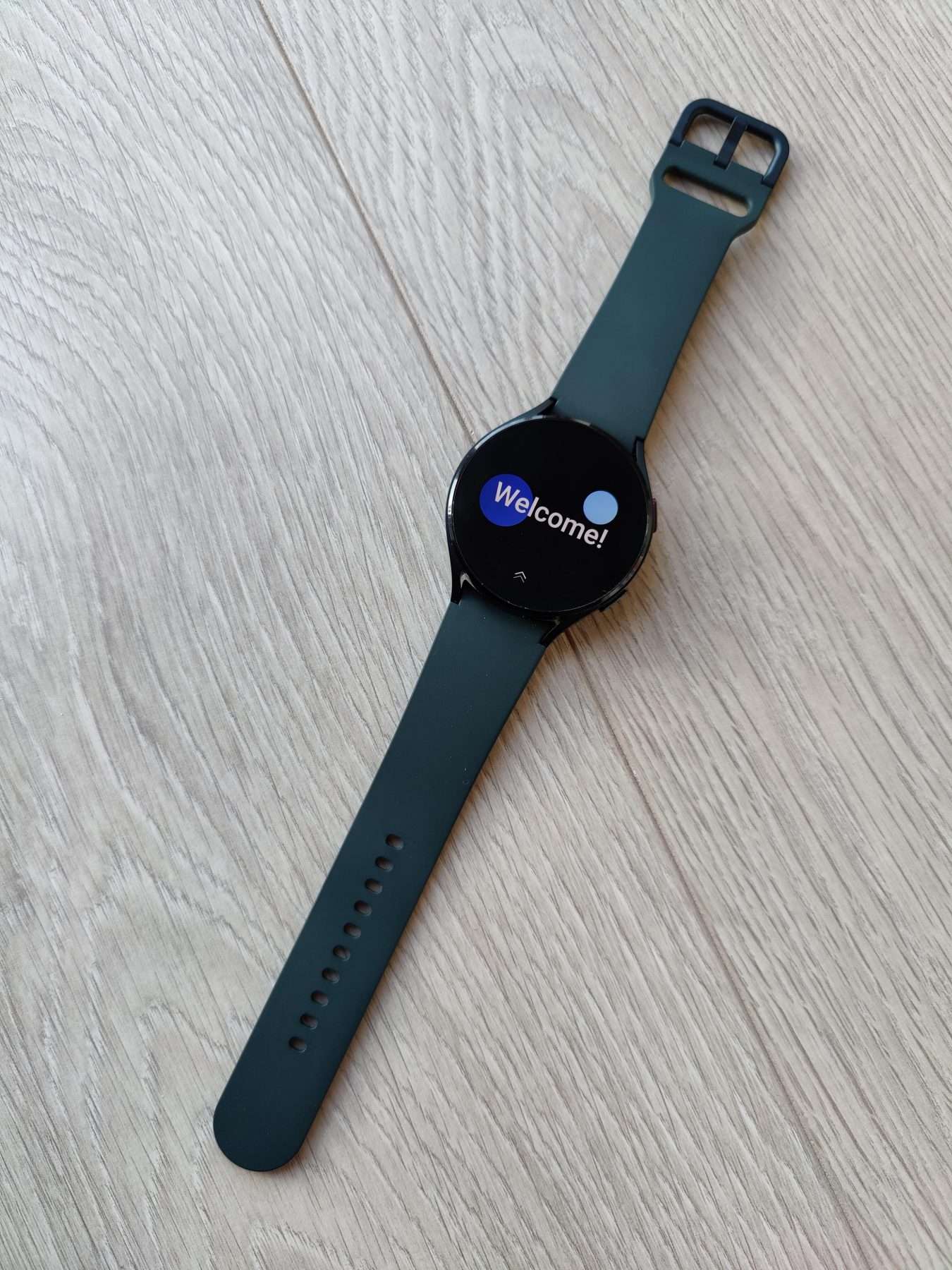 Samsung and Google have been working together to take the best parts of Tizen and WearOS and while the Samsung watches will have some Samsung specific tweaks, the experience between brands and watches should be fairly consistent, for the most part

Samsung Galaxy watches have always been some of the better looking smartwatches and the Galaxy Watch4 is no different. The model we’re reviewing is the standard Galaxy Watch4, there is also a ‘Classic’ model that is styled a bit different and has a rotating bezel. The Watch4 we are reviewing doesn’t have the rotating bezel, but has a touch sensitive bezel for navigation. 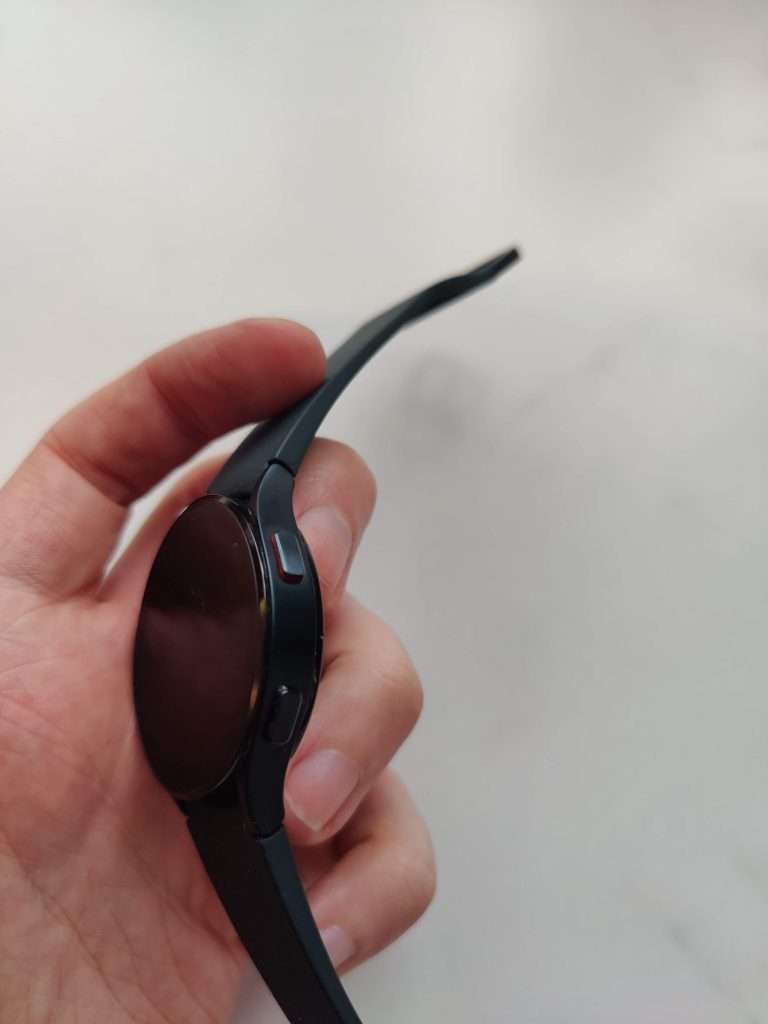 There are 2 buttons on the right side, they are fairly flush and you won’t be accidentally pressing them like can happen with the more protruding crowns some watches have.

The straps on our model are a nice deep green silicone that didn’t irritate and looked almost black in most situations and I think most people would be happy with them. But if you wanted to change them or have alternate straps for different occasions, then the watch can take standard 20mm straps you can find in any watch shop or online.

On the underside is where all the sensors are. There’s a few new sensors on-board that include Samsung’s ‘BioActive’ sensor which is a combination of a heart rate sensor (PPG), an Electrical Heart Sensor (ECG) and a Bioelectrical Impedance Analysis Sensor (BIA). All together, you can monitor your blood pressure, detect an AFib irregular heartbeat, measure blood oxygen levels (kinda handy in this day and age) and, for the first time, calculate body composition. Now, you can easily check your body composition from your wrist with just two fingers places on the two right hand-side buttons and, in about 15 seconds, the Watch4 sensor will capture 2,400 data points. 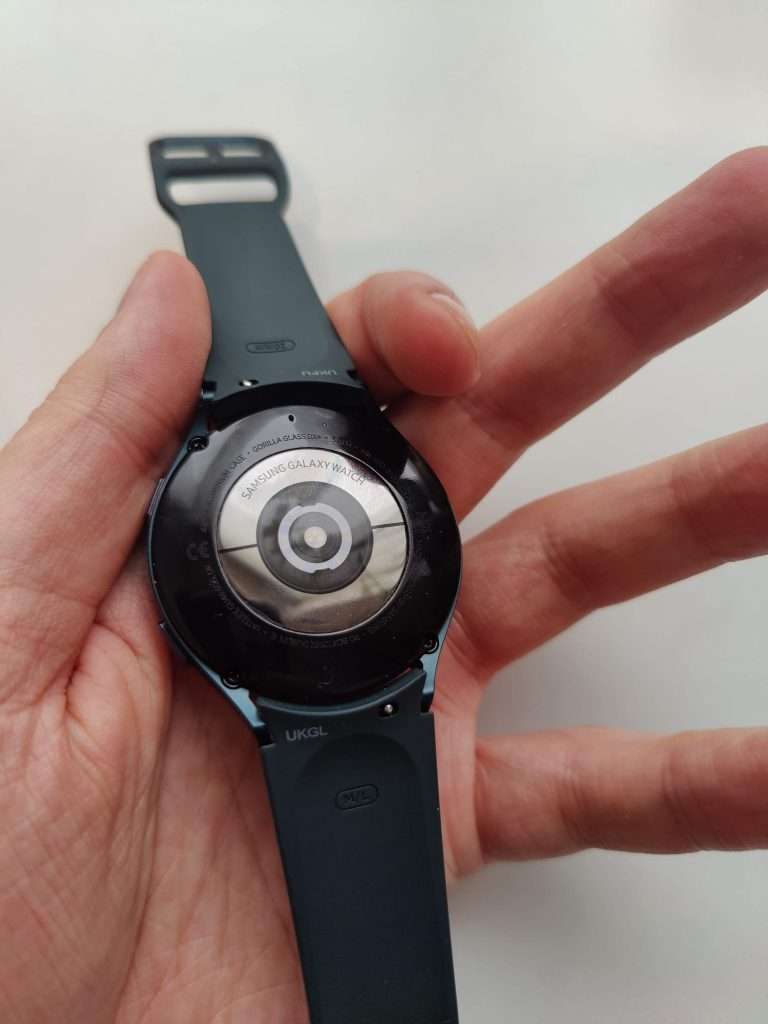 The main feature of the watch is obviously the display. The Galaxy Watch4 has an impressively high 330PPI so everything looks crisp and clear. As noted above, the bezel is touch sensitive and makes navigating around the UI really straightforward and easy, especially on WearOS 3.0.

The OLED display is really bright and easily readable outdoors as well, which is great as I’ve had watches in the past that were almost unreadable in the day light.

Internally, the Galaxy Watch4 is powered by the new Exynos W920, a 5nm wearable chipset designed to deliver much better performance while being more efficient. The W920 has two Cortex A55 cores — the same cores you’ll find on your phone — and an Arm Mali-G68 GPU, with Samsung stating users can expect an increase of 20% from the CPU and an crazy 10x jump in graphics performance. It also features 1.5GB of RAM and an impressive 16GB of storage.

The Watch4 also be the first showcase of the new Wear OS 3.0 platform that Google has created with Samsung, allowing for greater app compatibility including native support for third-party apps such as Adidas Running, Calm, Strava, and Spotify available from Google Play. This joint effort can be seen as the two tech behemoths’ attempt to take on Apple’s extremely successful Apple Watch line. 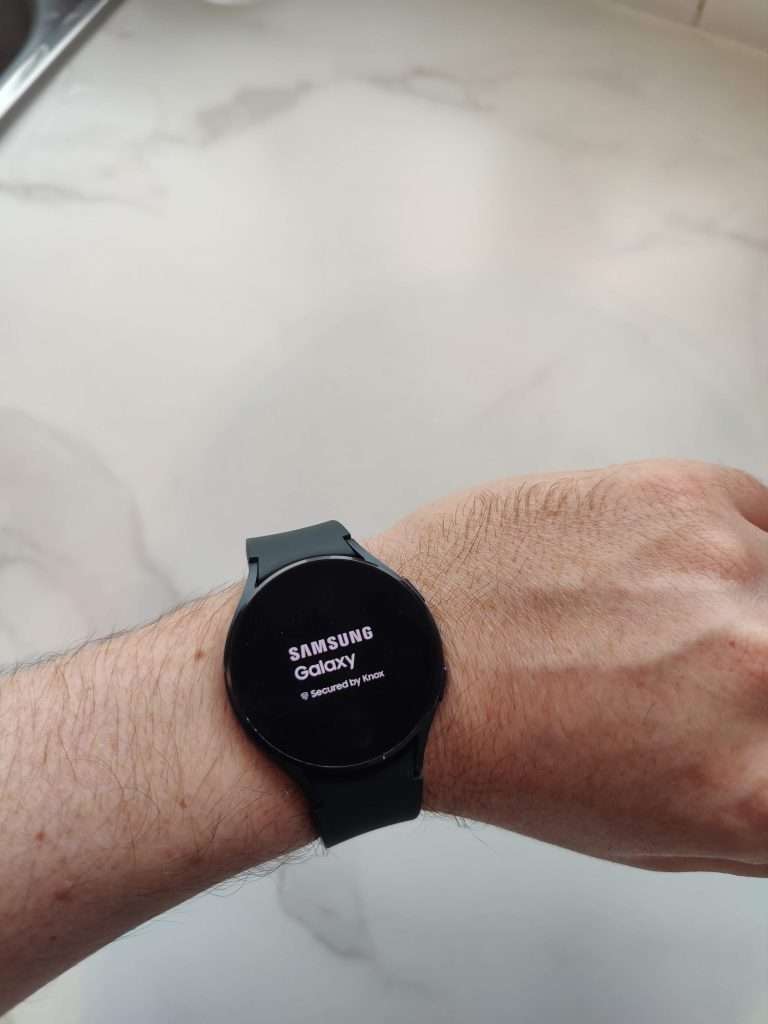 Being the first watch to feature this new operating system, it’s really successful first outing. The interface is responsive, clean, easy to read and as noted above, now has access to tonnes more apps so the watch should be able to fit into most people’s lifestyles whether they are into sports, or are looking for something to review those glanceable notifications during a meeting, the Watch4 will be able to handle that effortlessly, while looking good.

Samsung estimates the Galaxy Watch4 can last 40 hours with regular use. Personally, I tend to charge my watch every day, but I could see how you could get a couple of days out of it. I wouldn’t be going on a week long road trip without a charger, but for day to day use or a night away, there should be no issues with battery life on the Galaxy Watch4

It’s a nice update from the Watch 3 to the Watch4. The new Operating System, WearOS 3.0, adds a lot of the missing apps that plagued the Watch 3. The Watch4 will come in two models, 40mm & 44mm and the Watch4 Classic will be available in 42mm and 46mm sizes.

The Galaxy Watch4 starts from €279 for the 40mm Bluetooth model and will be available in Black, Silver, Pink (40mm model only) and Green (44mm model only). You can find out more about the Samsung

With its modern and clean design, new WearOS 3.0 operating system and top notch screen, the Watch4 is a watch to consider if you are on the look out for a new smartwatch in the Android ecosystem