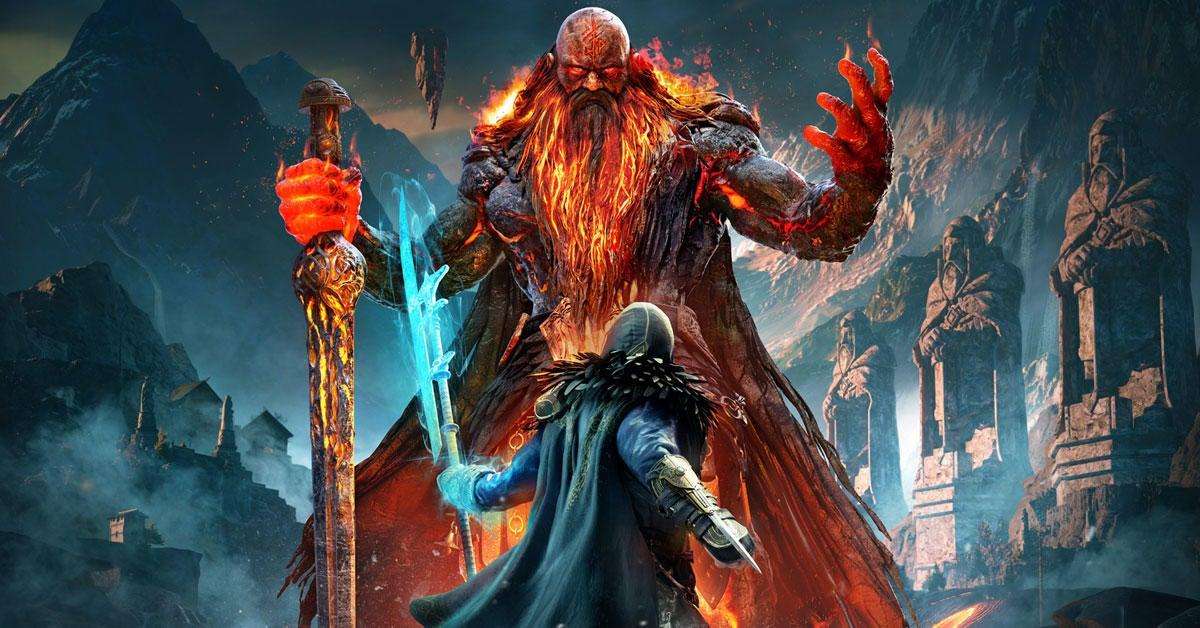 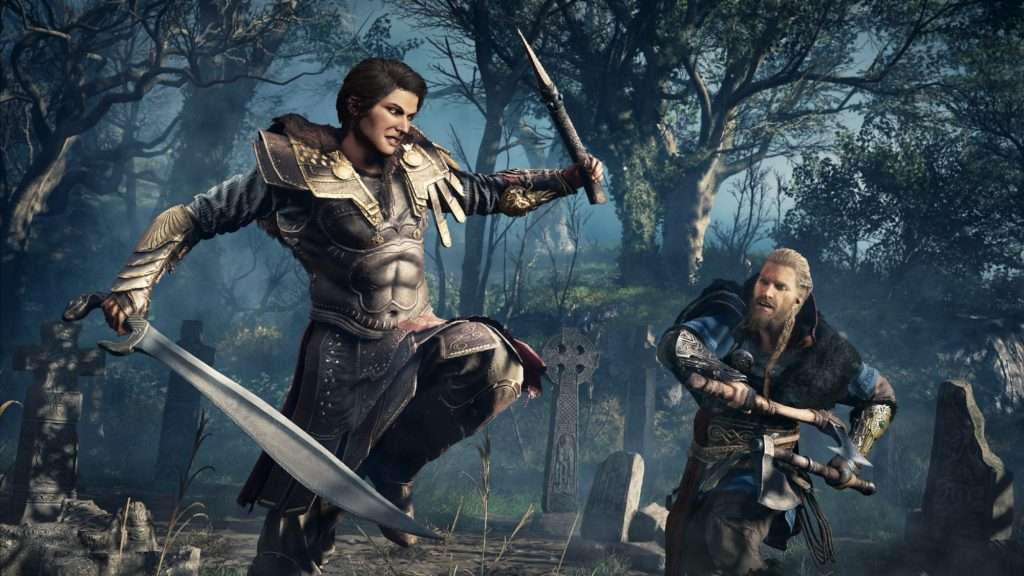 Odyssey’s update is called “Those Who Are Treasured” and starts with Kassandra not knowing what to do after gaining immortality. Fortunately, some old friends encourage her to find some new Isu artefacts spread around the world.

Assassin’s Creed Valhalla’s version is named “A Fated Encounter” and has Eivor meeting with Kassandra to stop one of the aforementioned artefacts from destroying the Isle of Skye. Not that it seems like it’ll be a perfect team up, as the footage we saw had the two fighting both with words and weapons a few times. Both games will take us to new islands with unique environments and missions as part of these new missions.

Then we have the paid expansion, Dawn of Ragnarök, coming on March 10th 2022. Eivor drinks a potion that gives them another Odin vision, but we’re not going to Asgard or Jotunheim this time. Instead, we’re taken to Svartalfheim, where Muspelheim’s fire giant Surtr has taken control with his massive army and captured Baldr. You could say that this expansion is all about contrast, as his army consists of both our old frosty Jotnars foes and the new fiery Muspels with unique archetypes like the resurrecting Flame Keeper and some crazy fellas that rush in and explode when close enough. 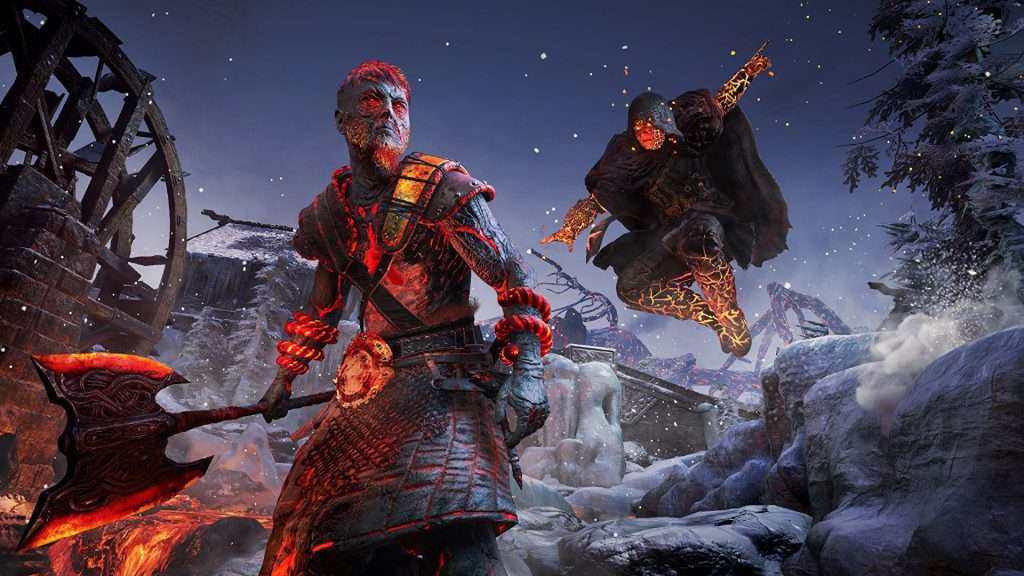 Then it’s a very good thing that we’re getting a few new powers of our own by slaying these baddies thanks to new magical bracers given to us by the dwarves. The trailer we saw showed the good, old teleportation by using long range weapons, shapeshifting into a raven and even resurrect enemies to have them fight on our side. These powers can be used to explore and solve puzzles as well, something that sound interesting for many The Legend of Zelda and/or “Metroidvania” fans. 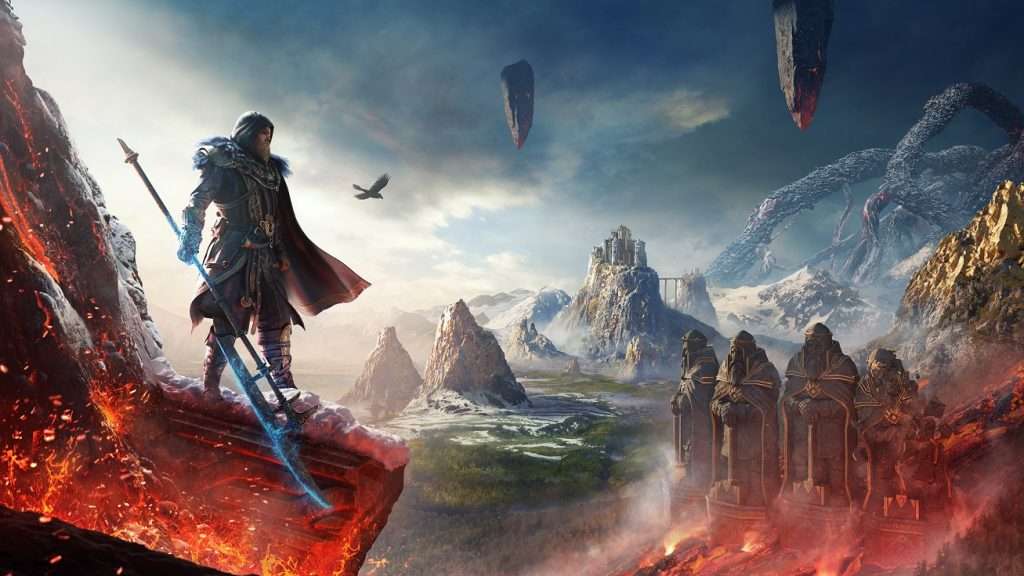 Considering the expansion’s heavy focus on mythology and supernatural elements, it shouldn’t be a surprise that this is helmed by the Assassin’s Creed Origins’ – The Curse of the Pharaohs team at Ubisoft Sofia, and the talented team will apparently offer both quality and quantity again. Dawn of Ragnarök will allegedly offer 35 hours of gameplay, which makes sense when this beautiful new realm that has everything from underground forges to golden peaks is about one third the size of England.

There might even be some additional secret stuff, as I could have sworn I saw some words or runes flash on screen and Eivor turn into her normal self for a frame or two when hit by an arrow in the presentation’s cinematic trailer. Needless to say, the Animus is still hiding a few things, and I can’t wait to find out what by enjoying the new free crossover DLC coming to both Assassin’s Creed Valhalla and Assassin’s Creed Odyssey tomorrow, and especially the very promising paid expansion in March. 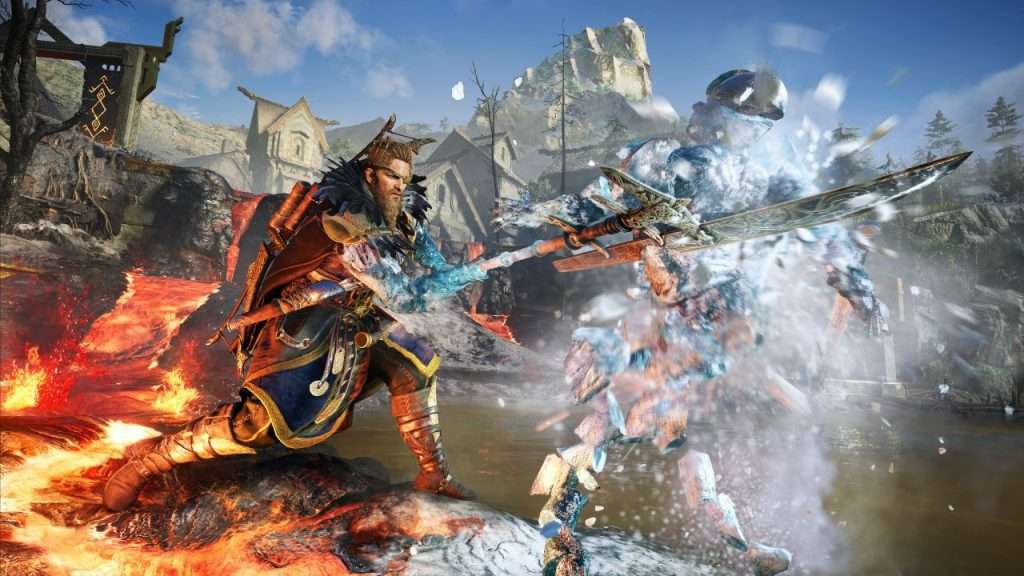 The new ‘Assassin’s Creed Valhalla – Dawn of Ragnarök‘ expansion will be available to all current owners of the base game for €39.99 on March 10th 2022.