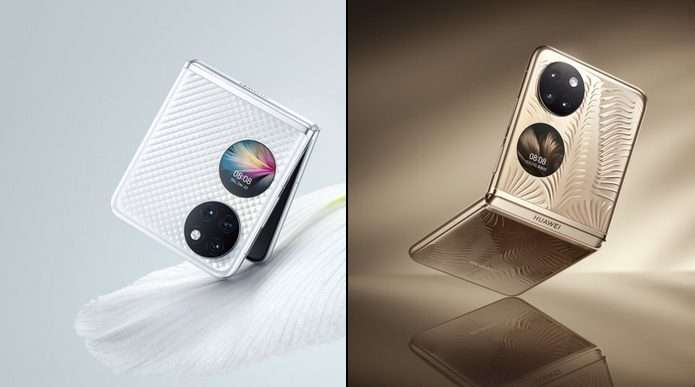 Huawei Ireland has officially announced that their latest flagship device, the Huawei P50 Pro, their newest foldable phone, the Huawei P50 Pocket and their most advances fitness watch yet, the Huawei Watch GT Runner, are making their way here in the coming weeks. All 3 devices pack the latest and greatest tech from the company and below is a breakdown of each of their key specs and features. 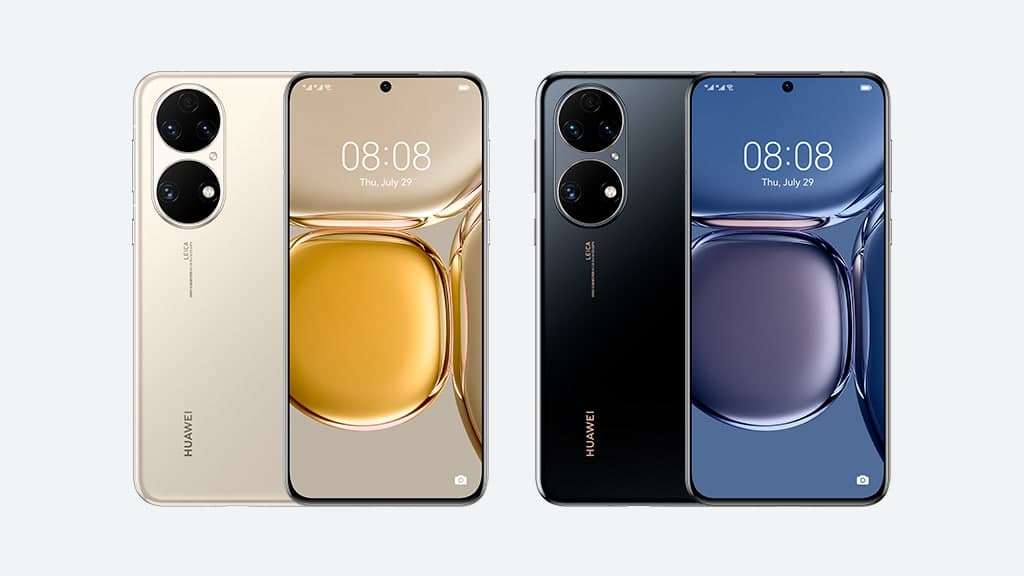 Starting with the flagship device, the Huawei P50 Pro, which originally launched in China of July. It will be powered by the Kirin 9000 processor and 8GB RAM and you can choose between 256GB and 512GB storage options, but you will be able to increase your phone’s storage space via an NM card by up to 256GB.Up front, there’s a 6.66″ display with a 120Hz 1228p OLED panel. Internally, it houses a 4360mAh battery and is IP68 certified, which means it’s tested for dust and water resistance. It supports 66W wired charging and 50W wireless charging. 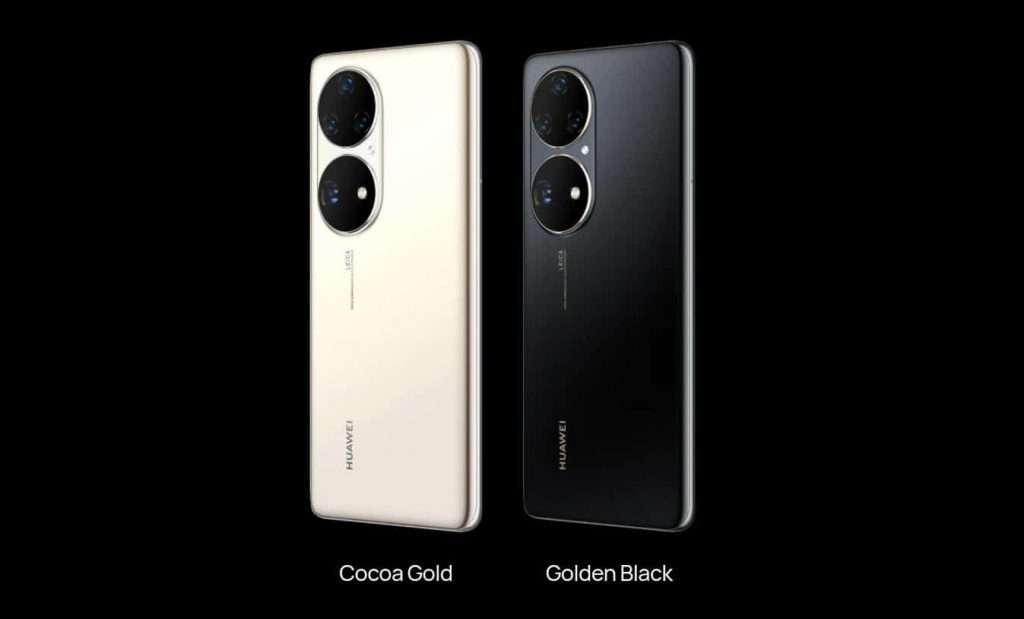 It packs a quad-camera setup on the back with Leica branding. Huawei says the cameras are equipped with the company’s new Dual Matrix camera system, which combines a 10-channel multi-spectrum sensor, Huawei XD Optics, and XD Fusion Pro image engine for improved image clarity and high dynamic range. The main shooter is a 50MP sensor with OIS, and it’s accompanied by a 64MP periscope camera which offers 3.5x optical zoom and up to 100x digital zoom, a 13MP ultra-wide cam, and a 40MP monochrome sensor. Up front, there’s a 13MP 100 degree ultra-wide lens with auto focus. The P50 Pro also houses dual stereo speakers and will be available in two colour options, Cocoa Gold and Golden Black. It will run the latest version of Huawei’s own EMUI, EMUI 12. 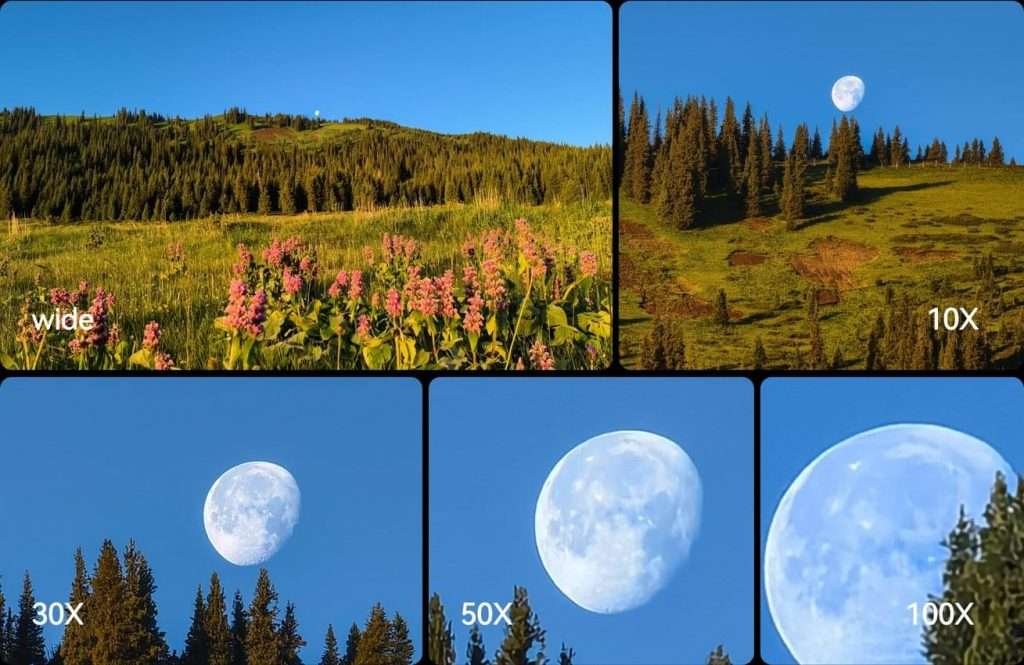 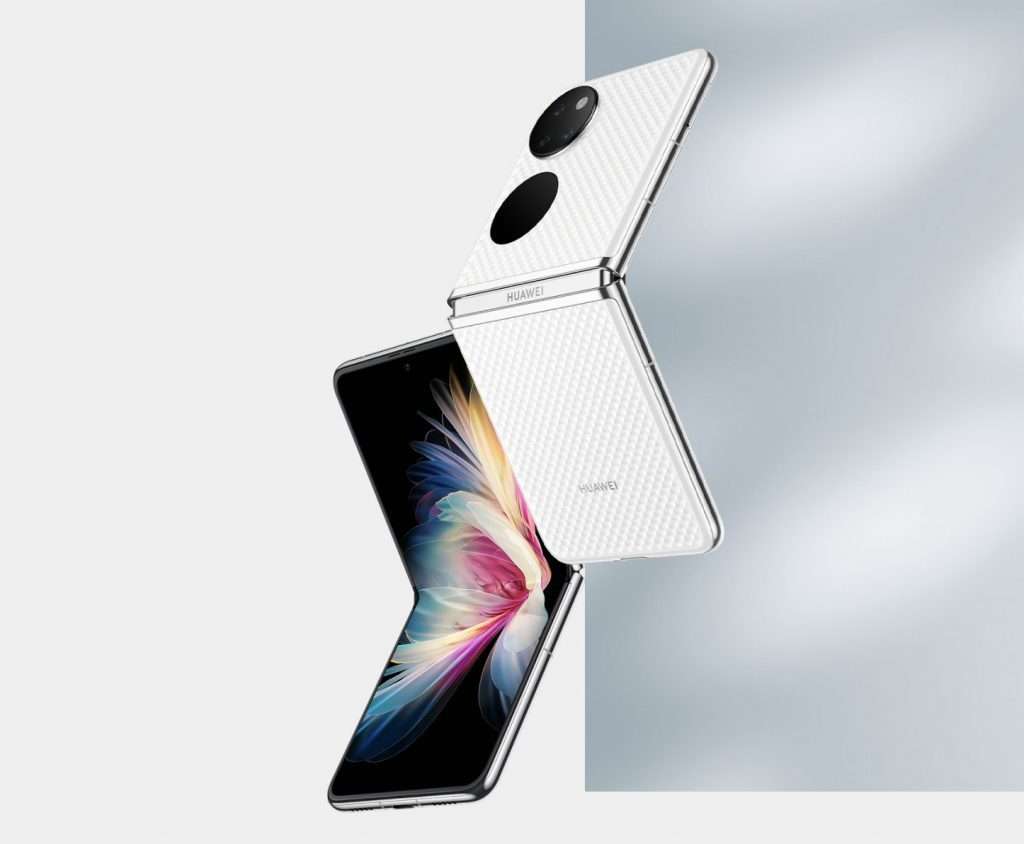 The new Ultra Spectrum Camera combines powerful hardware and software, as well as the tweaking of over 2,000 colours across the full P3 colour gamut, to let users accurately capture what they see along with even being able to capture images using ultra-violet light. Huawei also joined forces with prominent haute couture designer, Iris Van Herpen, in a cross-industry collaboration to create the HUAWEI P50 Pocket Premium Edition. 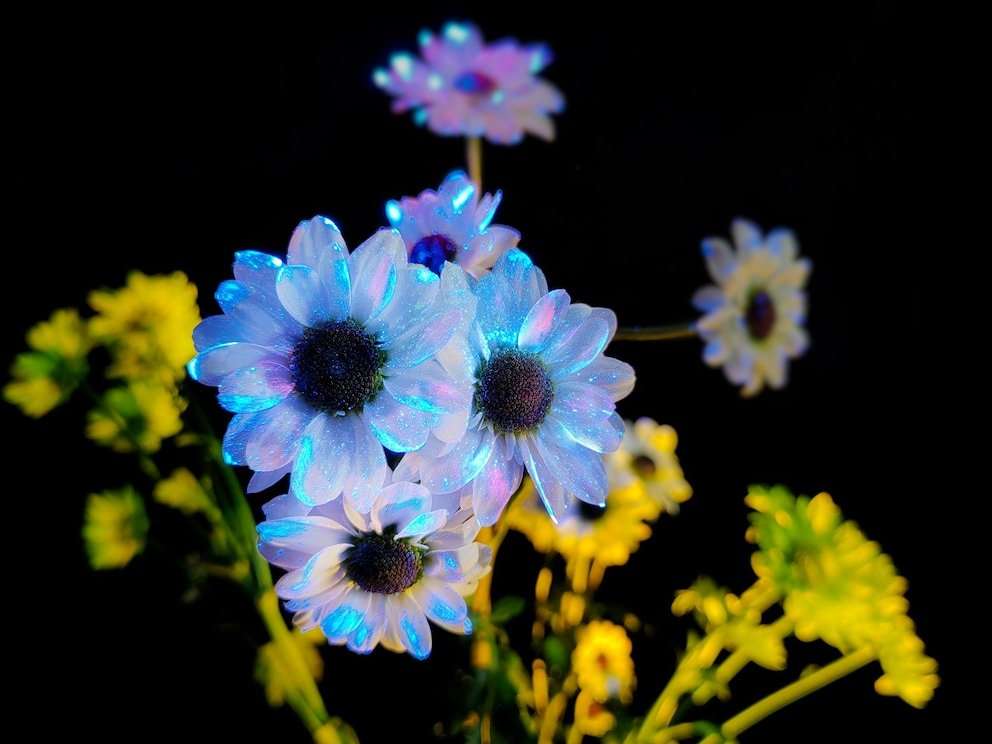 The Huawei P50 Pocket features the new-generation Multi-Dimensional Hinge and Multi-Dimensional Lifting design, allowing the smartphone to achieve a seamless fold and slim form factor when compared to the likes of Samsung’s Flip device. The P50 Pocket also adopts the signature HUAWEI P50 Series double-ring design, with one ring housing the camera module and the other the smart Cover Screen which can be used as a camera when capturing a selfie with the rear camera. The P50 Pocket packs a 4,000 mAh battery and supports 40W HUAWEI wired SuperCharge. 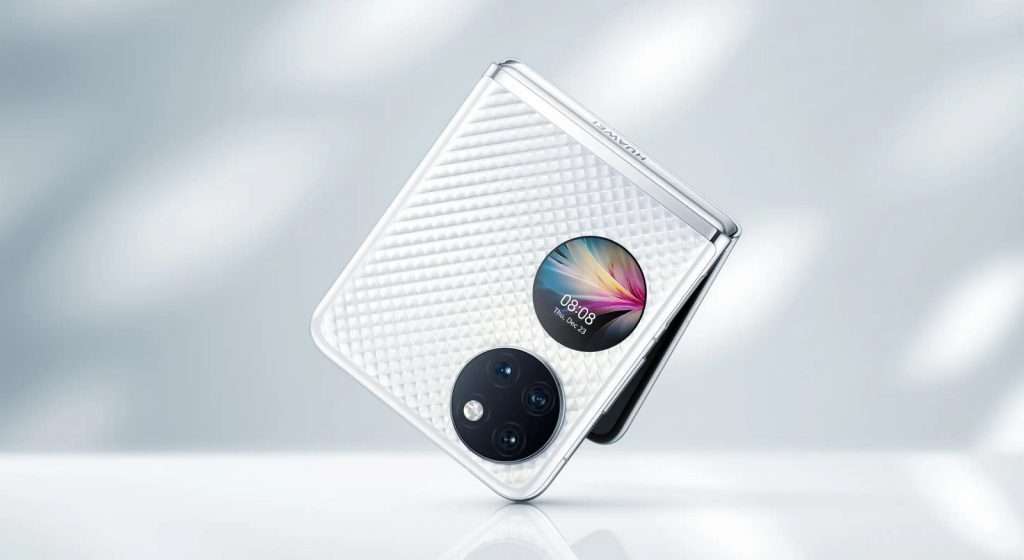 Finally, Huawei unveiled their most advanced fitness-focused wearable yet in the form of the new Watch GT Runner. As part of its virtual unveiling, Huawei also announced their brand new ambassador for the device and it was non other than Sir Mo Farah, one of the most famous Olympic runners on the planet right now. 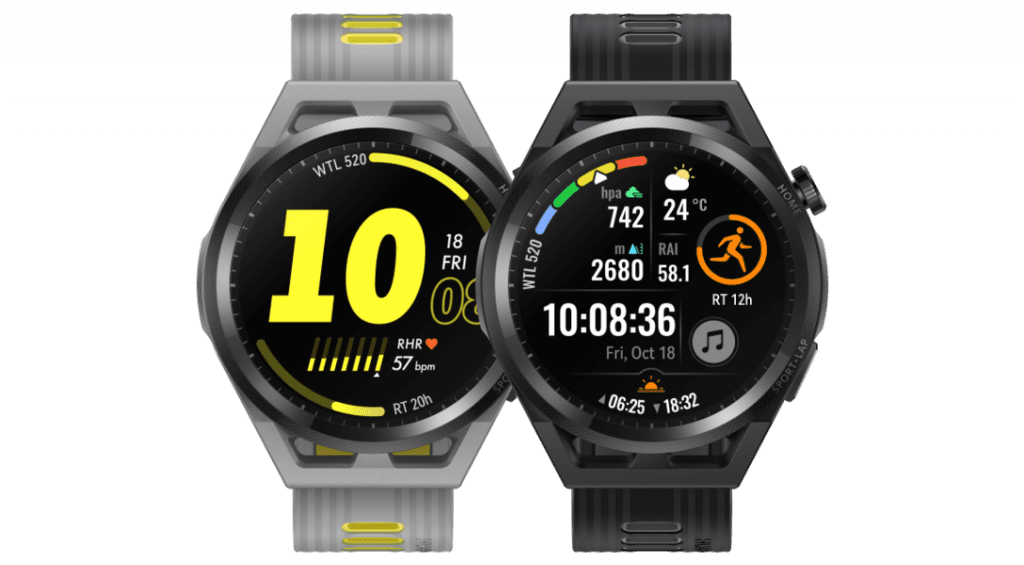 In the announcement, Huawei said that, after nearly 6 years of development, they’ve finally developed a set of scientific fitness system and named it Huawei TruSport. With the algorithms, this new TruSport tech can accurately collect various physical indicators generated by the human body during running, scientifically analyse the collected data, and present the most reasonable training tips. Along with this, Huawei also developed the Running Ability Index (RAI). 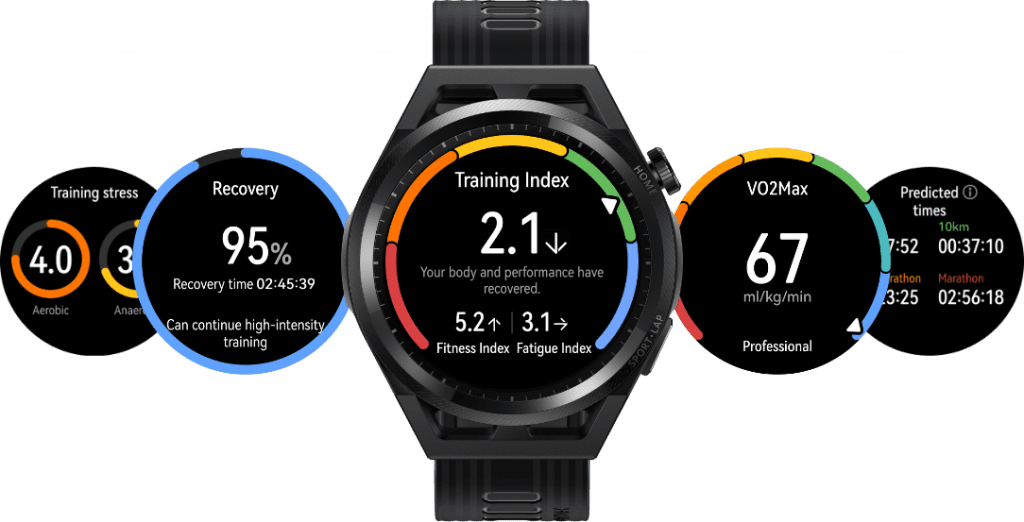 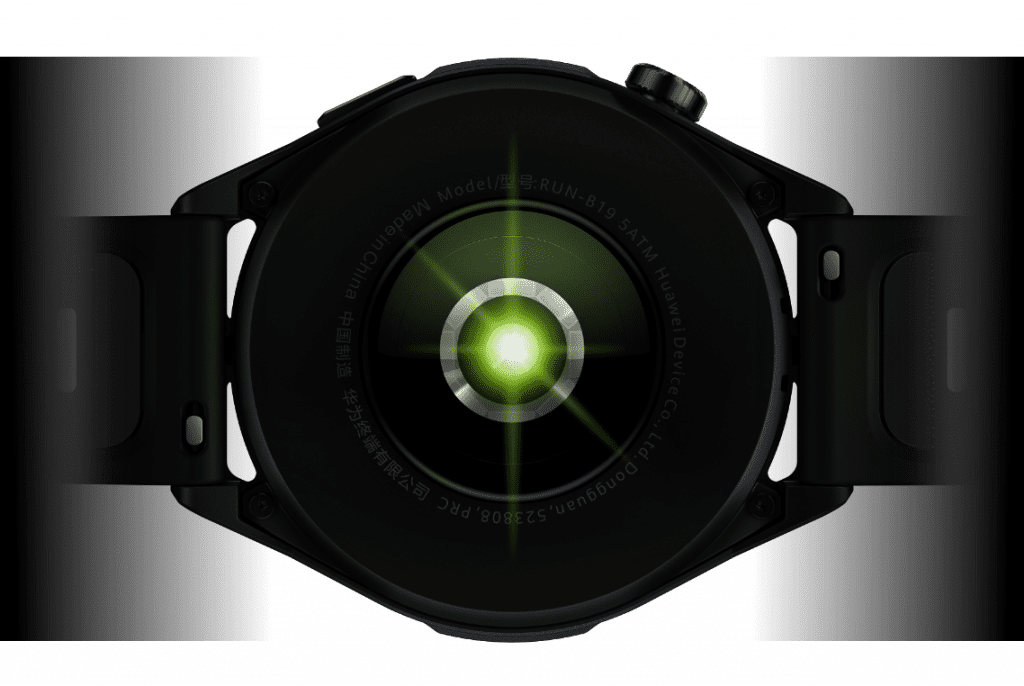 The new watch also features five major satellite systems: GPS + Beidou + GLONASS + Galileo + QZSS and has a built-in Dual-Band Five-System GNSS positioning chip with a suspended hidden antenna that hides the positioning antenna in the lugs of the watch face. This design is said to improve the performance of the GPS antenna by 135% which solves the pain points of balancing positioning accuracy.

The weight of the entire watch body is just 38.5g. Its antibacterial silicone watchstrap has good water-resistance, so runners don’t need to worry about sweat and dirt contacting the strap during training. It also comes with an exclusive data watch face which users can customise according to their needs. Even with all of this impressive tech, the Watch GT Runner inherits the powerful battery life of Huawei’s wearable family, delivering 14-day battery life in smart mode under typical usage and offers 8-day of long battery life in heavy usage.

The Huawei Watch GT Runner will be available in Ireland from April 2022 priced from €299.

As for the P50 Pro and P50 Pocket, right now, there are no confirmed Irish launch details or pricings but they are expected to be announced soon and we’ll be sure to update this article with all the relevant info.

Anker is back with a bunch of new products all designed to make charging your devices easier, faster and more…