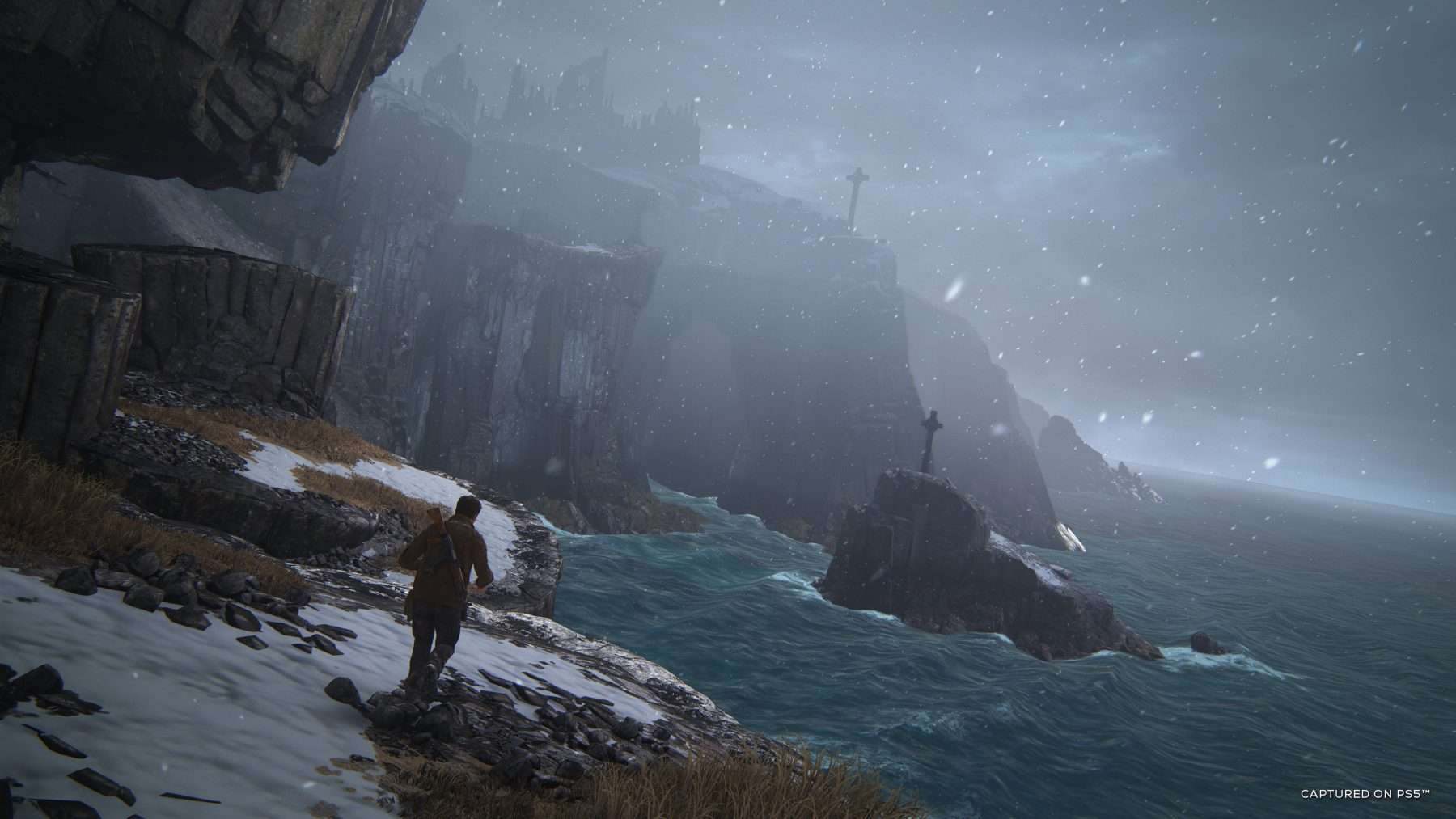 Uncharted: Legacy of Thieves Collection is here with a remastered trip through Uncharted 4 and Uncharted The Lost Legacy. Great timing with the Uncharted movie out in February 2022 right? Even still, is it worth the price of entry for games that are 5-6 years old?

Uncharted: Legacy of Thieves Collection is aimed towards two audiences. One is players who maybe missed one or both of these games and wants to jump back in with the Uncharted movie soon approaching. If you’re new to the series, you can stop reading now and take this away – go buy this and play it. It’s an absolute steal for some of the best games Sony has ever made and some of the best adventuring you can do with a controller. 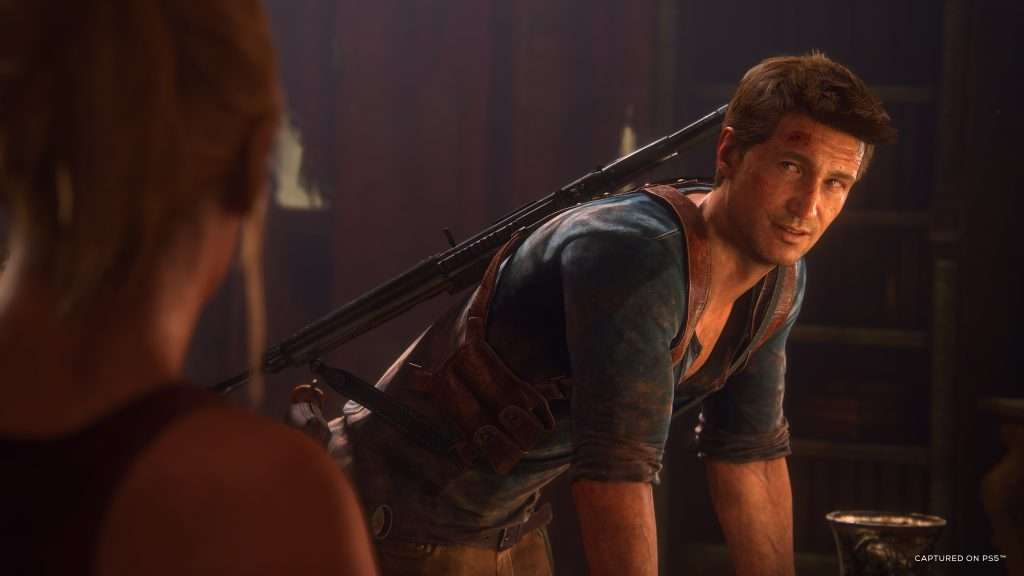 Uncharted 4 tells the last tale in Nathan Drake’s story as he chases for Captain Henry Avery’s long lost treasure and takes you across the globe. It also adds semi-open world elements to the game. Uncharted 4 really is still the closest gaming has come to a Hollywood blockbuster, which is ironic as it’s now a Hollywood blockbuster film coming out in February of 2022!

Uncharted Lost Legacy was a standalone game (think the Miles Morales to Sony’s Spiderman) with it’s own story of Chloe and Nadine as they travel across India’s cities and jungles in search of the Tusk of Ganesh and a little bit of revenge along the way. This doesn’t add too much to the Uncharted formula but comes with a huge open-world act that’s a lot of fun. The special thing about this game is Chloe and Nadine – their dialog and tumultuous relationship is really endearing. It also has some of the best vistas that really shine on the PS5.

In short, both games stand up well, years on from release. Even though this remaster doesn’t radically change how the games play – you’d never know they were over 5 years old. 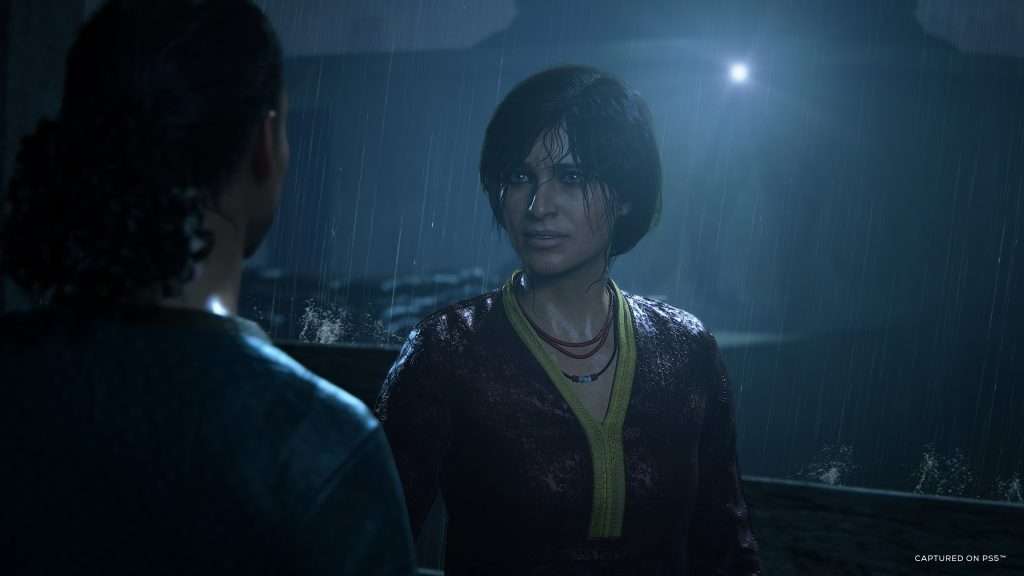 The other audience will be die-hard fans of the series who want to go back and replay it with some of the PlayStation 5’s upgraded features which we’ll go into below. I’m glad to say, Naughty Dog has done a great job in faithfully remastering these games. They look beautiful, play better than ever, and still stand up nearly 6 years on. Depending on how you value how much work remasters can take, I have good or bad news for you. If you purchased Uncharted 4, Uncharted The Lost Legacy, or the Digital bundle then you’ll only need to pay €10 to upgrade your copy on launch day. I think it’s worth the €10 personally, Naughty Dog didn’t move some dials to increase fidelity or frame-rate, a lot of work went into truly making this game visually shine amongst other upgrades.

Speaking of upgrades, it’s as you’d expect with a remaster that’s designed to take advantage of the PlayStation 5’s unique features. Naughty Dog has added another dimension of immersion with the DualSense with haptic feedback letting you feel every punch, every jump, falter, and even the smallest details. Standout moments included feeling the engine of a 4×4 rev up as you traverse across open stages, or feeling the subtle drops of rain in some sections. Lovely! You’ll also get tuned feedback for each gun with adaptive triggers which is nice, shotguns are even more satisfying now. Audio in the game is great too with 3D audio, even more so if you have a Pulse headset – it’s a treat for the ears. 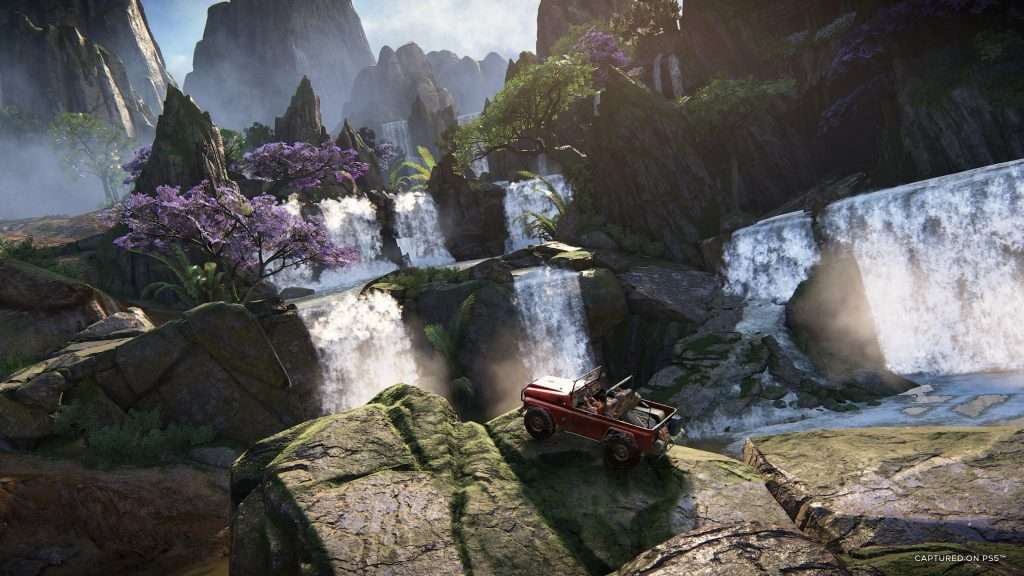 Whichever model you go for, you’ll be stunned by the beauty of this game. Naughty Dog really has done a great job in making an already great-looking game stand up well in 2022. It’s really helped do some of the beautiful vistas in the game the justice they deserve. 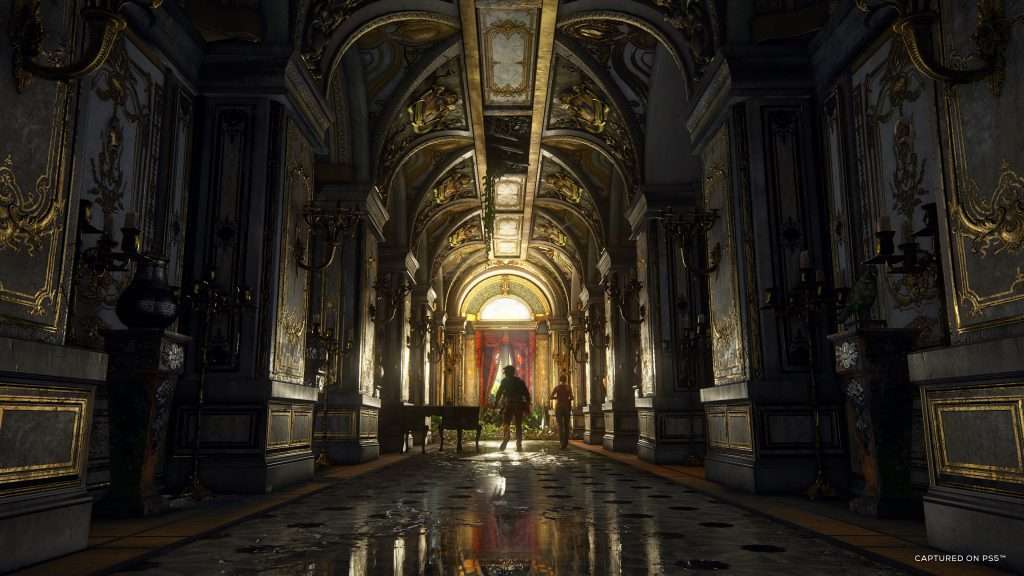 Now, I’m not saying this is perfect. Multiplayer, one of my favourite modes from Uncharted 4 is completely missing. Not even included without any graphical polish added, just completely gone. It’s a real shame as it was a ton of fun and would have really helped make this the definitive version of the game. Also missing is Uncharted 1, 2, and 3 which is another shame. Remnants of last gen’s issues are also still here, you know those sections where you crawl through small spaces while the game loads in the next section? They’re still there, even though they’re not needed.

Whether you’re new to the series or looking to experience Nathan and Chloe’s stories again, there’s something here for you. It’s also the perfect way to dive into these worlds ahead of the upcoming movie and at €49.99 if you didn’t previously own it, it’s still amazing value for money. Uncharted: Legacy of Thieves Collection is the perfect game to keep you busy (well, until Horizon Forbidden West launches).

Uncharted: Legacy of Thieves Collection launches on PlayStation 5 on January 28th for €49.99 and will be coming to PC later in 2022, upgrade options are available for anyone who has purchased the game on PS4 – check the PlayStation Store for more details. Review code provided by Sony.

Uncharted: Legacy of Thieves Collection is great value and remastered excellently. Is is the perfect way to dive into the world of Uncharted if you’re new and worth a replay for previous players thanks to the PS5’s unique features and graphical power.