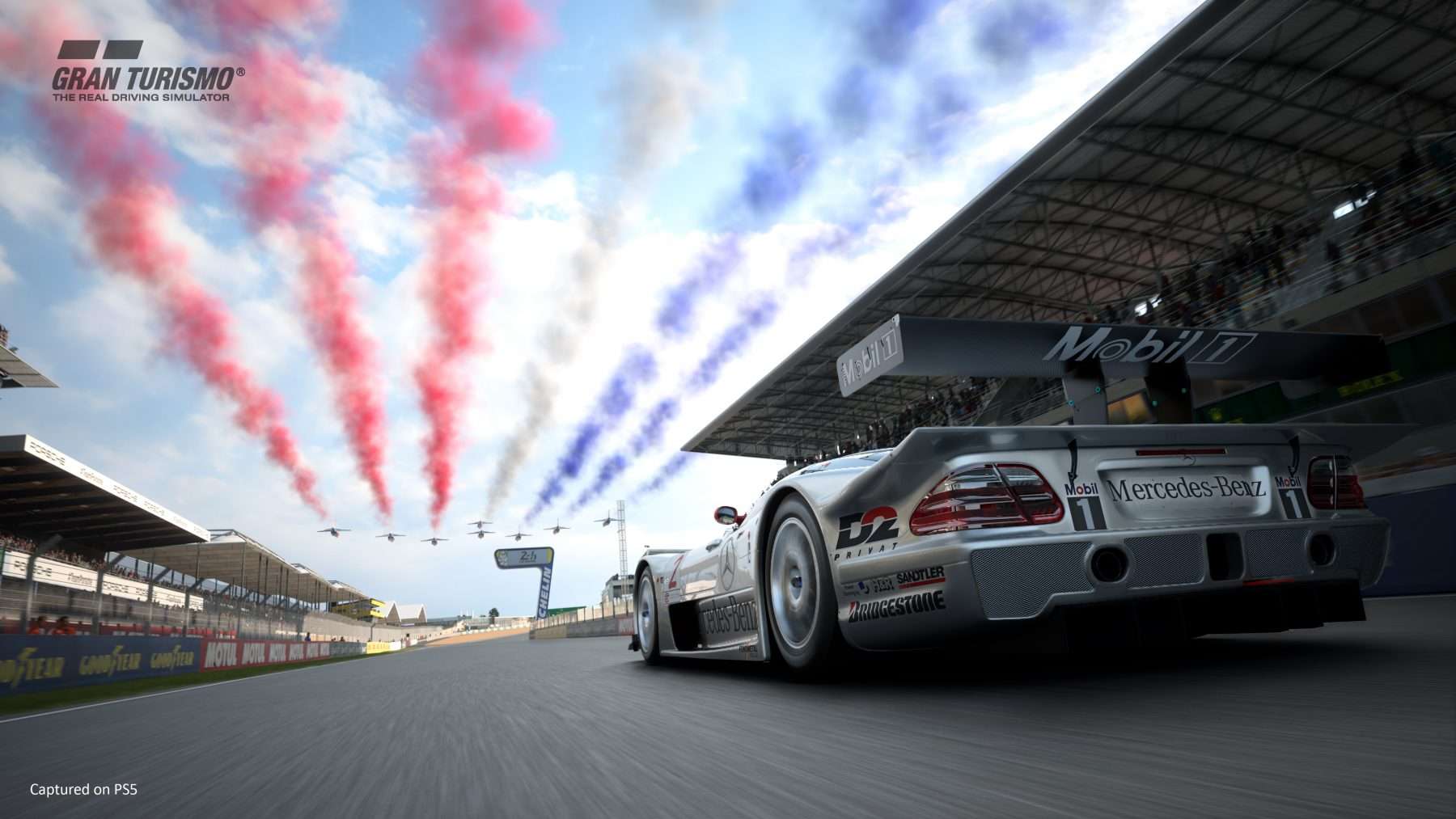 It’s been over 8 years since Gran Turismo 6 on the PS3 and 4 since Gran Turismo Sport on the PS4 so we’re right on schedule for the latest entry in Sony’s premier racing series. Gran Turismo 7 is here, but with Forza hitting its stride on Xbox – does it take pole position as the best driving game out there?

Gran Turismo 7 (launching March 4th on PS4 and PS5) is a tour-de-force in evolving a series, updating it for a new generation, and generally making something rather special.

We’ve not had a proper entry for a while, Gran Turismo Sport on the PS4 was an online-focused racer that generally faced a lot of criticism for a lack of tracks and cars. Gran Turismo 7 is a fully-fledged entry to the series which does a lot to refocus the series on what makes it great. Central to your experience in Gran Turismo is… the cafe. Now, I hope I’ve not lost you but stay with me. The cafe is where a series of characters will set you missions and educate you about the history of cars in the process. A great example of this might be collecting small European hatchbacks from the late 1900s or American muscle cars. You’ll get three objectives (e.g. place top 3 in 3 races with a certain car, pass your driving license etc). Once completed, you’ll get short history lessons on why these cars are important to the history of motoring alongside some gorgeous visuals that really show off the graphical prowess that Polyphony Digital has developed. This really is the showcase for ray-tracing on PS5.

Speaking of showcasing the PS5, Gran Turismo 7 takes full advantage of it’s features. 3D audio makes cars sound better than ever, haptic feedback ensures you feel every bump on the road and the triggers feel different for every single car – so you can feel the brakes when you squeeze L2. 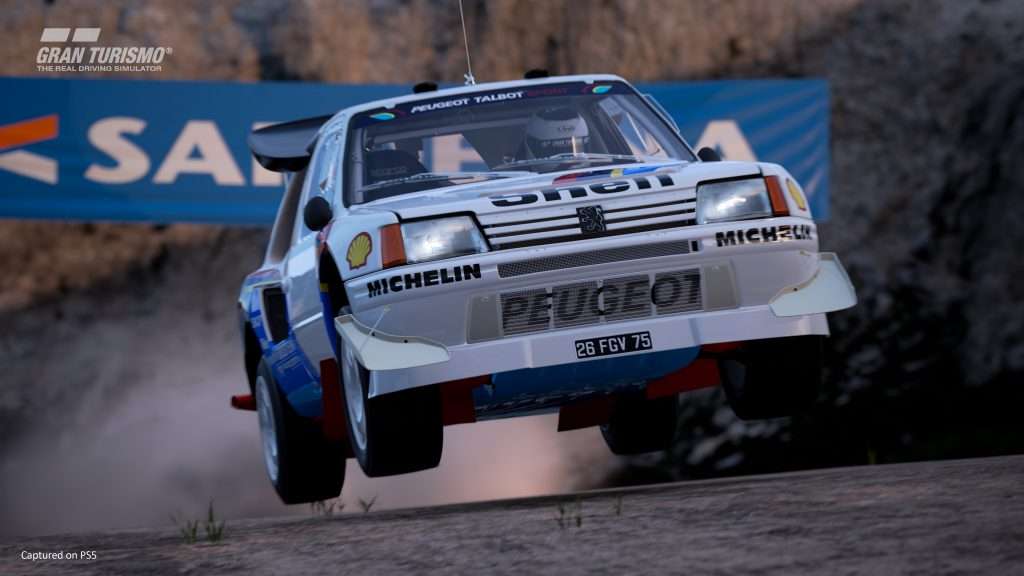 Alongside the cafe comes a truckload of welcome returns and some new features too. Your garage is back so you can give your car a clean and change its oil. You’ll be able to shop for second-hand or brand new cars, get all of your driving licenses, and compete online in the GT Sport mode (which we sadly didn’t get to test pre-launch). You’ll also get to play ‘Missions’ which are like Driving Licence tests but with added cars on the track to beat. Additionally, showing off the PS5’s graphical prowess is ‘Scapes’ – letting you take some beautiful photos of cars across tons of scenes. 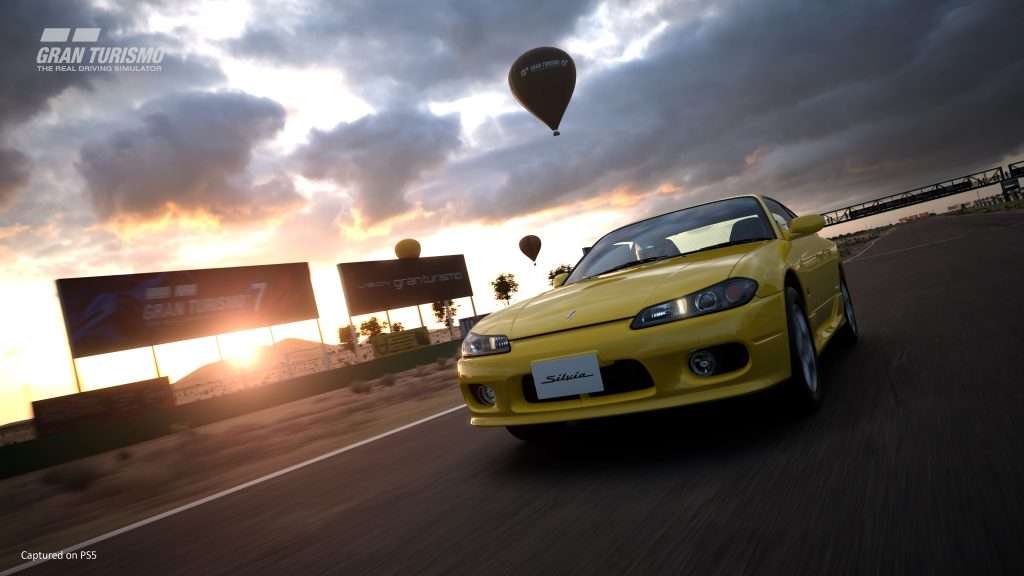 Gran Turismo 7 has an exhausting amount of cars, tracks (and variations) to get stuck into. There are over 400 lovingly recreated car models recreated to the highest quality I’ve ever seen in gaming. Track-wise, there are over 90 variations that cover vastly different scenery – from dusty desert tracks, offroading, European racing tracks, and tight Japanese circuits. These also benefit from Gran Turismo 7’s brand new weather engine and day to night racing. As you might have seen in its recent State of Play, rain is now dynamic and racing lines get carved out the more the track dries up with realistic puddles that affect your driving. Tracks look absolutely stunning on PS5 and have added depth with randomised weather and lighting so you might start a race in the afternoon but finish up to the warm red glow of a sunset. 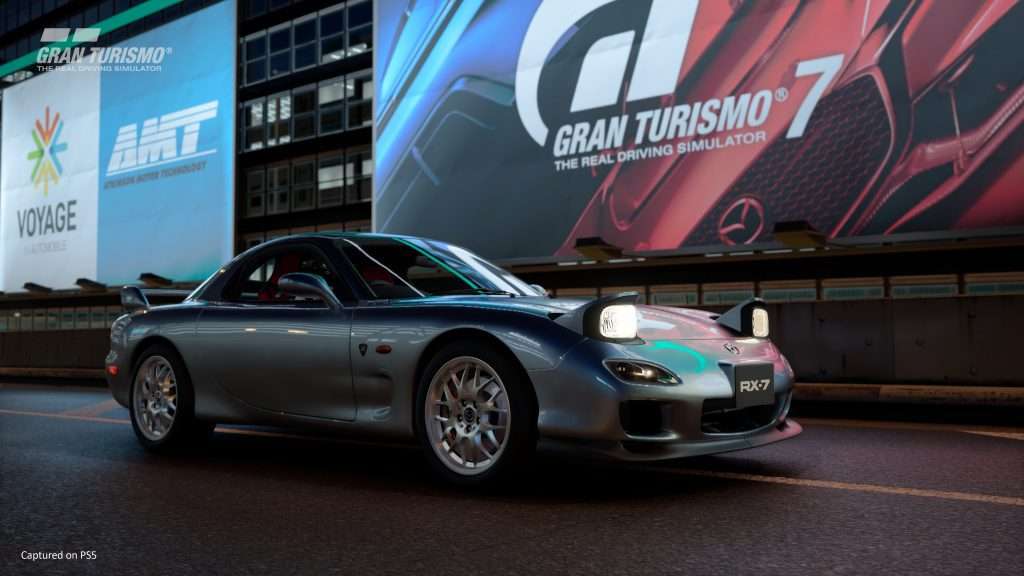 While GT7 on PS5 comes with both performance and resolution modes, it looks stunning in either. In something that might come as a shock to some of the other writers here at TheEffect.Net, I played GT7 in resolution mode! This had little to no difference in gameplay with smooth framerates but in replays… it’s worth it, trust me. This is probably the best the real world has been recreated in video games so far. 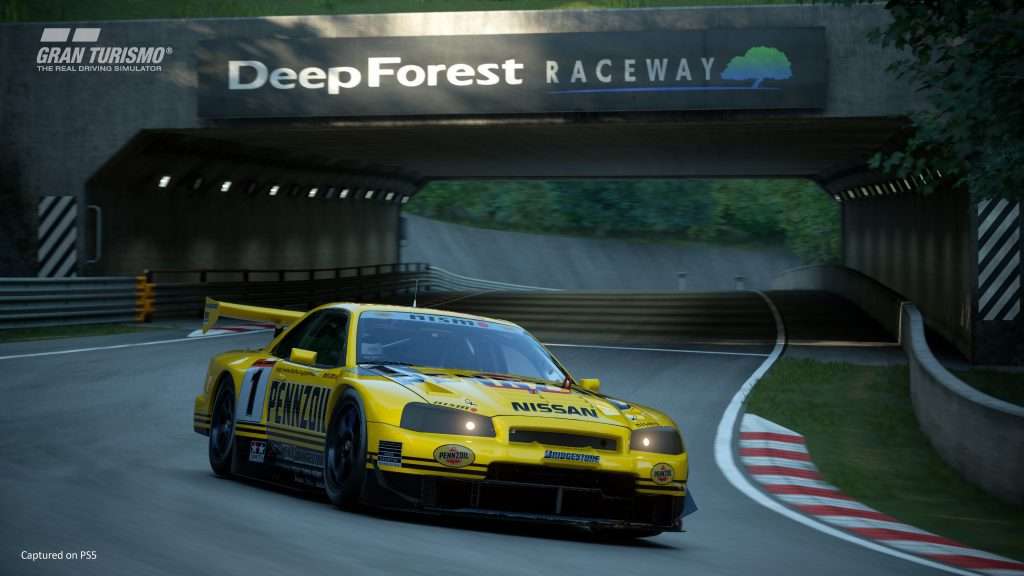 Gran Turismo 7 has transcended its title of the ‘Real Driving Simulator’ – it’s a love letter to motoring. From its Netflix-style opening movie, its ‘Cafe’ mode teaches you about motoring’s history in an engaging way and its faithful recreation of cars – from their looks, to how they feel and sound to drive. With an astounding amount of content, it’s a car lover’s dream. Forza Motorsport? You’ve got some catching up to do!

Gran Turismo 7 is a tour-de-force in evolving a series, updating it for a new generation, and generally making something rather special. Welcome back Gran Turismo, we missed you!